Making time to exercise regularly was on my to-do list—but I'll admit that it wasn't particularly high on the list. To give you an idea, it was somewhere between getting around to finally reading Wuthering Heights and mustering up the courage to check my credit score. I'd think up flimsy excuses to avoid breaking a sweat, blaming bumper-to-bumper Los Angeles traffic, high gym membership prices, and if I'm being completely honest, the lure of streaming The Office on Netflix for the millionth time. That is until my email pinged with an opportunity to train for a 10K with Nike.

In an effort to encourage Angelenos to "Choose Go," the brand enlisted Nike+ Run Club coach Blue Benadum, a seasoned marathon runner with over 60(!) long-distance races to his name, to devise a five-week 10K training guide for a group of motivated L.A.-based women, of which I, surprisingly, found myself one. Compelled by an uncharacteristic desire to channel my inner Haruki Murakami, I emphatically replied "I'd love to participate" to the email announcing this fitness challenge. And so, for the next five weeks, I embarked on a series of speed runs, hour-long runs, and strength-training workouts, which led me to an unexpected realization: I actually enjoy running.

Frankly, I didn't see it coming. I never expected to love (or even like) running, but here I am espousing the sport I've always claimed to have a hate-hate relationship with. Ahead, I chronicle my fitness journey, including the exact five-week 10K training plan a professional Nike running coach created to get me across the finish line.

I won't sugarcoat it—the first few days of training require a lot of hard work. As it turns out, preparing for a 10K involves much more than simply lacing up a pair of trainers and hitting the pavement (as you can glean from the training schedule above).

Strength training is an integral part of preparing for a race, helping to prevent injuries by building up muscle, gaining flexibility, and increasing mobility, according to Coach Blue. Enter: Nike Training Club, an app filled with 100+ free (albeit challenging) workouts designed for everything from building strength to boosting endurance and increasing mobility.

Although the app is accessible, don't confuse "accessible" with "easy." At the risk of sounding hyperbolic, five minutes into the intimidatingly—and aptly—named workout "Leg-pocalypse Now," the desire to amputate my legs becomes overwhelming. Had I not committed to participating in this race with a world-class coach, this is the moment I'd have given up training and resumed watching The Office on repeat. Training takeaway number one: Accountability is everything.

Given that this is the early stage of training, running is not immediately made easier by the aforementioned rigorous strength workout. The day after struggling through "Leg-pocalypse Now," making it to the top of the infamous Culver City stairs feels more akin to summiting Mount Everest than embarking on a leisurely jog. Training takeaway two: An Epsom salt bath can cure almost anything.

After a week, running is much easier for several reasons (aside from the intended effects of a well-designed training program). The first is that I'm not doing it alone. I'm lucky enough to be one of a dozen women, a group of fellow writers and editors, in the #LAGoGetters running club. To my relief, most of these women also describe themselves as amateur runners who haven't trained for a 6.2-mile race before. During our weekly in-person training sessions with Coach Blue, I've come to count on these women push me toward the finish line. Training takeaway number three: Surround yourself with people who lift you up.

The second reason is Nike Run Club, an app featuring audio-guided runs with inspiring athletes by the likes of Joan Benoit Samuelson, the original women's Olympic marathon champion, and Sanya Richards-Ross, an Olympic gold medalist and American record holder. To be honest, I wasn't sure I would enjoy having my carefully curated workout playlist interrupted by these athletes' words of wisdom, but their sage advice quickly becomes a welcome source of motivation during my most challenging runs.

Without a doubt, my favorite workout in the Nike Run Club app is Run With Eliud, a 60-minute audio-guided run with Eliud Kipchoge, an Olympic gold medalist who's often described as the world's greatest marathoner and who's known for smiling as he crosses the finish line. Filled with motivating mantras such as, "Don't run away from the run, run with the run," his audio-guided workout pushes me to accomplish something I didn't even think I was capable of: running continuously for an hour.

The third (and most surprising) reason running is suddenly so much easier is that I'm genuinely enjoying it. On an hourlong weekend run, I experience the mental clarity and reduced stress habitual runners always rave about. On a recovery run, I stumble upon a community garden I'd never noticed just a few short blocks from my apartment. On a speed run, I bump into an acquaintance from high school who I'd fallen out of touch with. Training takeaway number four: Running is so much more than just a means of exercising. It's an opportunity to get outside, to get better acquainted with your community, and to get in touch with yourself.

Running is so much more than just a means of exercising. It's an opportunity to get outside, to get better acquainted with your community, and to get in touch with yourself.

Stage 3: Running Is a Habit

Blame my runner's high. Blame Samuelson, Richards-Ross, and Kipchoge. Blame Murakami. But as soon as I cross the finish line on race day, I officially deem myself a full-fledged runner (complete with a personal best and everything). Determined to keep up my momentum, I vow to go on a recovery run the next day.

But, let's be honest: Sticking to a training schedule has been easy up to this point. After all, I've had a world-class coach guiding me and a group of badass women inspiring me and holding me accountable along the way. Despite my best intentions, I'll probably be tempted to start binge-watching The Office over lacing up my Nikes when I get home from work this week. Inevitably, my plans to hit the pavement will also fall by the wayside when I take a two-week vacation or get a splitting headache or have a long day at the office.

Given my historically fickle attachment to fitness routines, the most important takeaway from this journey is that I'm more capable than I give myself credit for. When I started training, running continuously for an hour seemed like an insurmountable (even impossible) challenge, but I managed to do it not once, not twice, not even three times, but four times in a month. So even if I don't hit the pavement every week, or even every month, I've gained confidence in the simple fact that I am indeed capable of choosing go. I can "just do it." 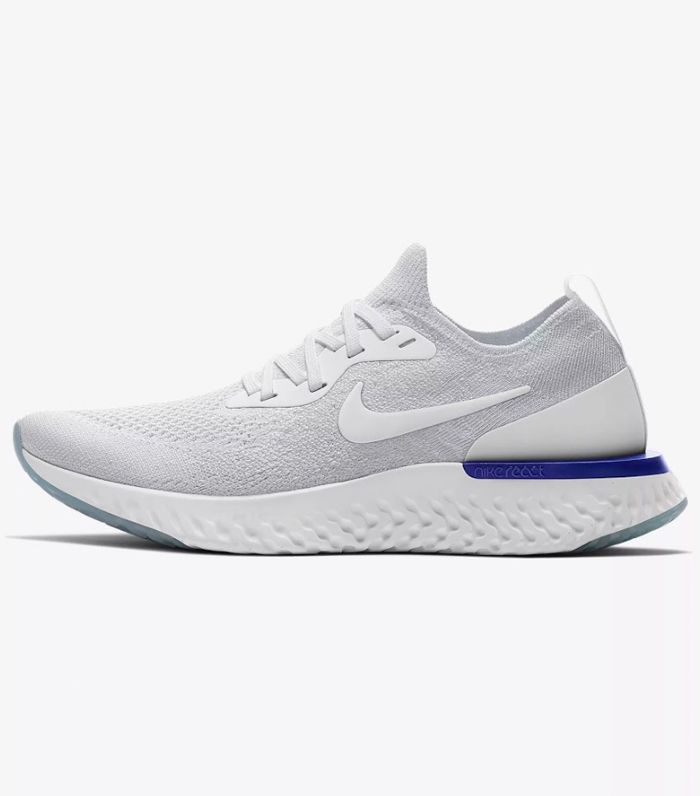 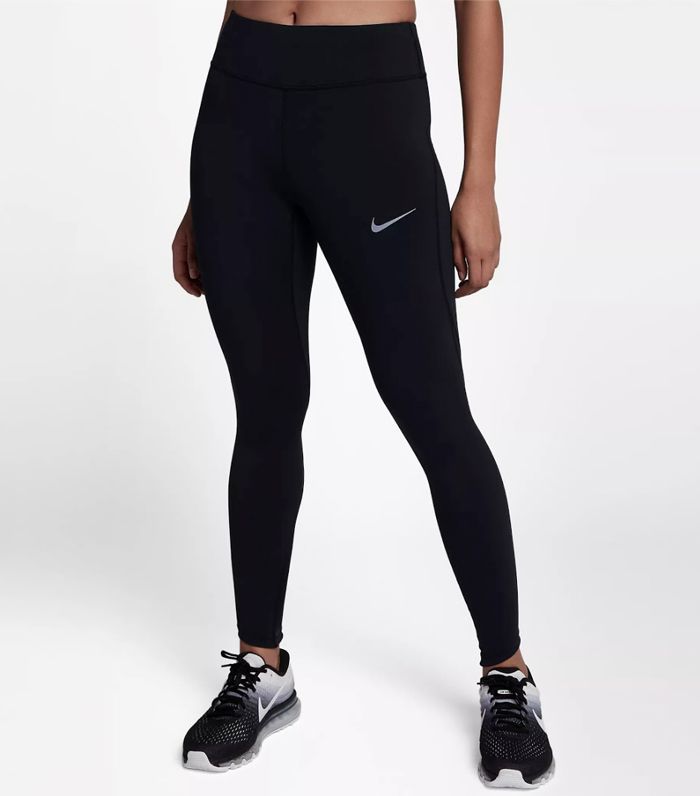 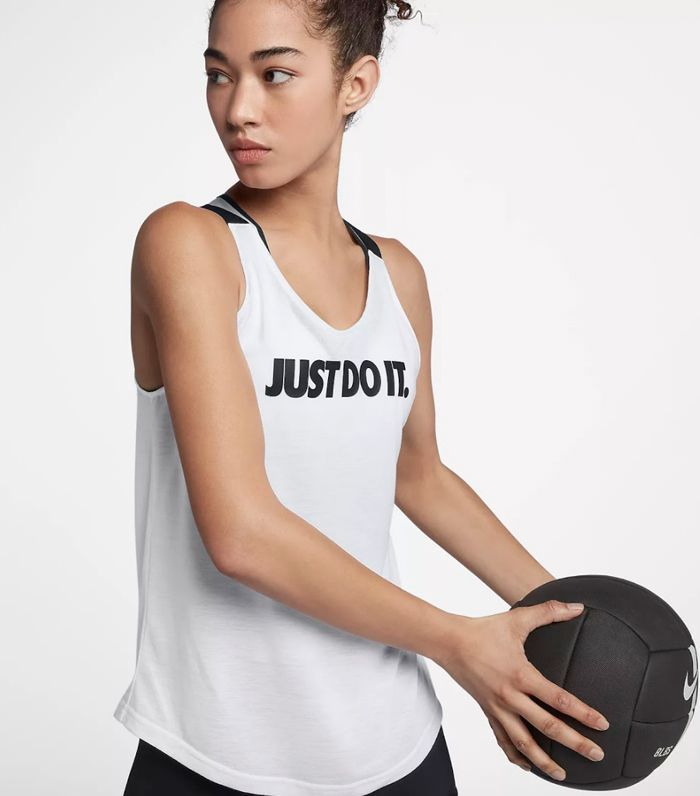 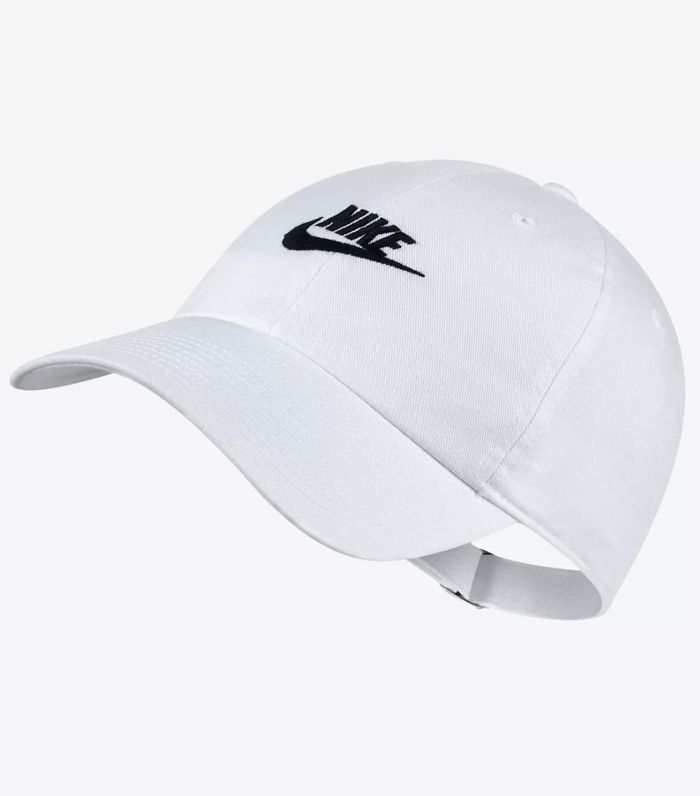