The '90s are back—just ask the streets. The ubiquity of chokers and baby tees in your social media feed nods to the cyclical nature of sartorial tastes, proving everything comes full circle (except maybe Doc Marten sandals: Outlook not so good.) While we're re-embracing cropped flares and platform mules, we've got a few time-honored monikers for your consideration in the baby-name game. Be it our favorite screen heroines of yore, a seminal fashion icon, or a stirring literary reference, these are the names that left a wake in our hearts across the 1990s. There are also some rock stars in the mix for good measure. Duh.

We may as well kick things off with an homage to our favorite muse of the decade. Yes, we officially bequeath that title to the inimitable Winona Ryder. As Tim Burton’s poster girl, Johnny Depp’s lover, and ’90s It girl in residence, Ryder held back-to-back roles as some of our most beloved onscreen ingénues ever (Reality Bites, Edward Scissorhands, Dracula, How to Make an American Quilt). Of Native American Sioux origin, the name Winona is said to mean “firstborn daughter” in the Dakota language. Ryder herself was named after the city of Winona, Minnesota (which was named after the daughter of Chief Wapasha III). Soulful and spirited, the culturally rich title still makes us swoon.

Ellis as in Brett Easton. Ellis as in Perry. Brett Easton Ellis published his psychological thriller American Psycho in 1991. The novel, which took a ruthless swipe at yuppie culture, would later be adapted for the screen in 2000. Another notorious Ellis of the decade was the historic spring 1993 ready-to-wear collection that famously got Marc Jacobs fired. Trotting plaid, lemons, and mainstream grunge down the Perry Ellis runway served to launch the designer’s career. Vogue still lauds it as a “badge of cool.” The original Welsh derivative of the surname means “one who is kind and benevolent.” As ’90s history would have it, Ellis carries a tradition of forward-thinking defiance and incendiary cool.

The clandestine name George Costanza had tucked away for his first born, Seven, is an homage to Mickey Mantel's jersey number. In Episode 13 of Season 7 of Seinfeld, Constanza is famously outraged when his cousin steals the name for her newborn. The betrayal added insult to injury as it came on the heels of her veto of his initial suggested baby name: Soda. Victoria and David Beckham gifted their daughter Harper with the middle name Seven after Beckham's Manchester United jersey number. It's got moxie.

American singer-songwriter, classically trained pianist, and record producer Fiona Apple ranks among the most lauded female rock vocalists of the decade. Her sultry croon, rawly expressive lyrics, and outspoken public persona hurdled her to fame as an early age. The Irish name itself is derived from an element meaning “vine," befitting of the willful, wise persona of a true seeker.

We’re feeling the Danish surname of one of our favorite ’90s babes, model and photographer Helena Christensen. Of Peruvian and Danish descent, ethereal beauty Christensen was a part of “The Magnificent Seven” back in the day, along with Linda Evangelista, Christy Turlington, Cindy Crawford, Naomi Campbell, Elle Macpherson, and Claudia Schiffer. They were legends known by first name only, but we rather like the notion of the Supers’ surnames trending for the new generation.

In the 1991 film Point Break, Patrick Swayze plays an extreme sports aficionado named Bodhi who leads a crew of West Coast babes through a string of corporate heists (because realism was a celebrated tradition of ’90s Hollywood). We like to imagine the producers thought the Hindu name meaning “awakened and enlightened,” added a splash of gravitas to the role of bank-robbing surfer. We think the name is still seriously sweet.

Of Hebrew origin, Naomi means “pleasantness,” though it conjures more effusive adjectives to those who remember the dynasty of the ’90s Supers. Naomi Campbell topped the list of household names to traipse the catwalk throughout the decade and beyond. Much like the stunner herself, the name is exotic, intelligent, and mysterious—and boasts some major staying power.

Dawson was on the tip of every 14-year-old girl’s tongue throughout the mid-1990s due to its dual association with heartthrobs Leonardo DiCaprio (as Jack Dawson in Titanic) and James Van Der Beek (as Dawson Leery in Dawson’s Creek). Arguably, both characters are romantic artists of a sentimental disposition with a penchant for pining after the babe next door. The medieval English surname translates to “son of David.” We like it mostly for how elegantly it rolls off the lips of Kate Winslet, who could sell us on any name, maybe.

Amy Heckerling’s 1995 adaptation of Jane Austen’s Emma, Clueless is set in a Beverly Hills High School with the titular characters renamed after “famous singers of the past who now do infomercials.” The brazen sidekick of Alicia Silverstone’s Cher, Dion (played by Stacey Dash) is christened after Dion Warwick, although the original Greek name means “of Zeus.” Considering such a legacy, the name seems destined to invoke the confident airs of a goddess, in ripped jeans or otherwise.

Continuing our celluloid tour of best-of moments from the decade that rocked, the name Lelaina hails from one of our top ’90s films—Reality Bites. Played by Winona Ryder, “Laney” was the ultimate grunge-era valedictorian, full of wild promise, unbridled idealism, and disenfranchised cool. The wistful tripping-off-the-tongue name is a fitting moniker for the emboldened dreamer of any generation.

The ’90s were on a first-name basis with Canadian-American singer-songwriter Alanis Morissette, poster girl in residence for alt-feminist cool. Released in 1995, Morissette’s Jagged Little Pill was a permanent fixture on the airwaves. Of Spanish and Portuguese origin, Alanis is said to mean “open space.” We’re still crushing on the mellifluous name, which remains the embodiment of empowered femininity.

Ghost, the beloved 1990 flick starring Demi Moore and Patrick Swayze, ranks among the most watched cinema romances of all time. The film that notoriously made pottery sexy was just the beginning of iconic moments for Moore, who went on to star in a string of noteworthy ’90s roles from G.I. Jane to Indecent Proposal. The name has Latin roots as the abbreviation of Demetria, the feminine form of the masculine Demetrius. It’s also used as a nickname for Desdemona and Demeter, and in French, “demi” means “half.” The ethereal appeal is full of charisma and spark.

Uma Thurman’s performance as the fictional lead character of Quentin Tarantino’s 1994 film Pulp Fiction earned the actress an Oscar nomination, and she broke hearts on screen and on the dance floor with John Travolta. Of Hebrew, Latin, and Scandinavian origin, the name is thought to be derived from an Egyptian word meaning “beloved.” Post-1994, it carries a double dose of devil-may-care chic.

The actual etymology of Gavin is uncertain, though the name is often attributed to the Gaelic elements gwalch meaning “hawk” and maedd meaning “battle.” In Arthurian legend, Gavin, the nephew of King Arthur, is a knight of the round table. In ’90s speak, it is universally linked to English-born rock star Gavin Rossdale, lead singer and guitarist of Bush. The originally English name was reintroduced in Scotland in the 20th century, but it’s as masculine and romantic as ever.

The name was widely popular in the 1980s, due in no small part to young actors Corey Haim and Corey Feldman appearing side by side in a string of teen-centric films, and we fell in love all over again with the name via 1995’s Empire Records. Liv Tyler, in the role of overachieving record store cashier Corey Mason, single-handedly set the Doc Martens–plaid skirt combo into heavy rotation. In our book, the name channels all the androgynous pep of a sartorial icon who’s well worth emulating.

Auteur filmmaker Quentin Tarantino’s singular voice as writer and director begot some of the most critically acclaimed films of the decade. Known for non-linear, character-driven storytelling featuring ensemble casts, quicksilver dialogue, and his own signature mélange of stylized violence and biting satire, Tarantino’s catalogue walks the line between cult classic and pop culture phenomenon. The French male name is a derivative of the Latin name Quintinus, the diminutive form of Quitus, meaning “fifth.” We’re enamored with its independent maverick appeal.

Take a look through our inspirational name books below. 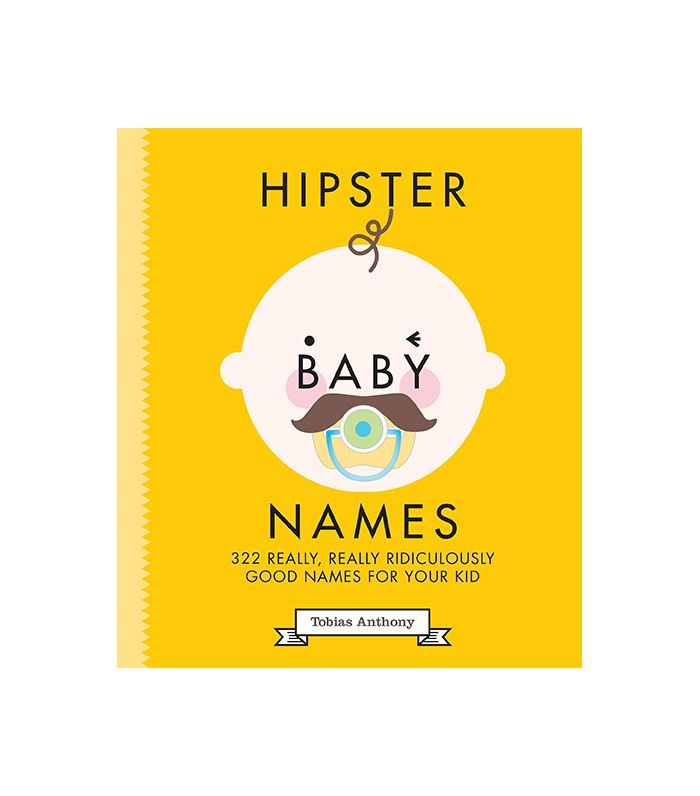 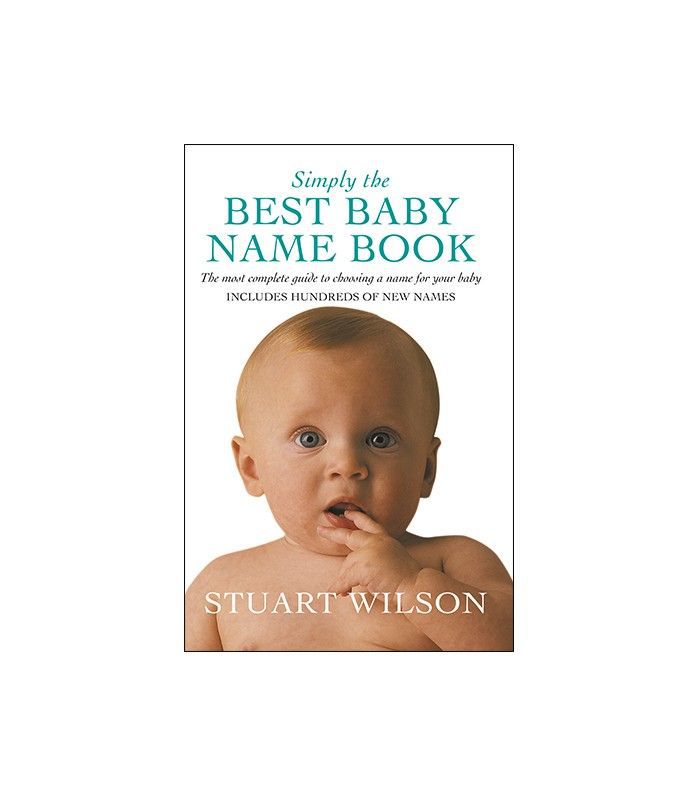 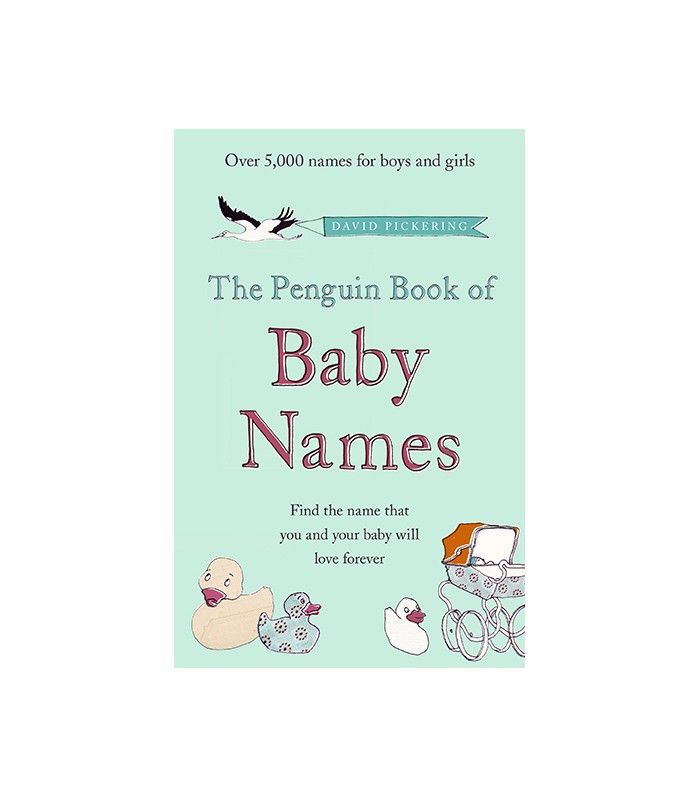 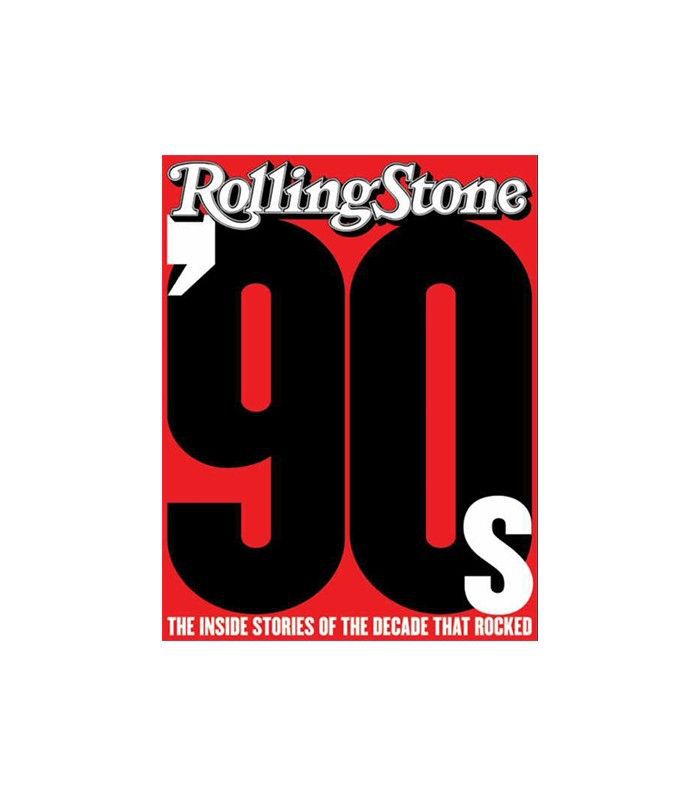 Have a favorite name from the ’90s? Take us back. Share it with us below.