Whenever we see Alessandra Ambrosio strut down a runway or pose for an editorial campaign, we wonder how she stays in such good shape. We got to talk to the veteran Victoria's Secret angel about all things workout and healthy eating, and you'll be excited to know that Alessandra Ambrosio's workout go-to's are totally ones you can do at home yourself.

While Ambrosio mixes it up between cardio, low-intensity workouts, and muscle-training, she's all about group classes. "I love doing Tracy Anderson Method, as it is great cardio and targets all the muscle groups," Ambrosio told MyDomaine when we asked about her favorite cardio workout. "I also just love going for a run outdoors."

Don't worry if you don't live near a Tracy Anderson studio, because Ambrosio's workout can be done no matter where you live. Anderson makes it possible for anyone to train like an angel—in addition to having studios in New York, Los Angeles, Madrid, and London, the fitness guru offers DVDs, a best-selling book, and even streaming online classes to her many devotees. 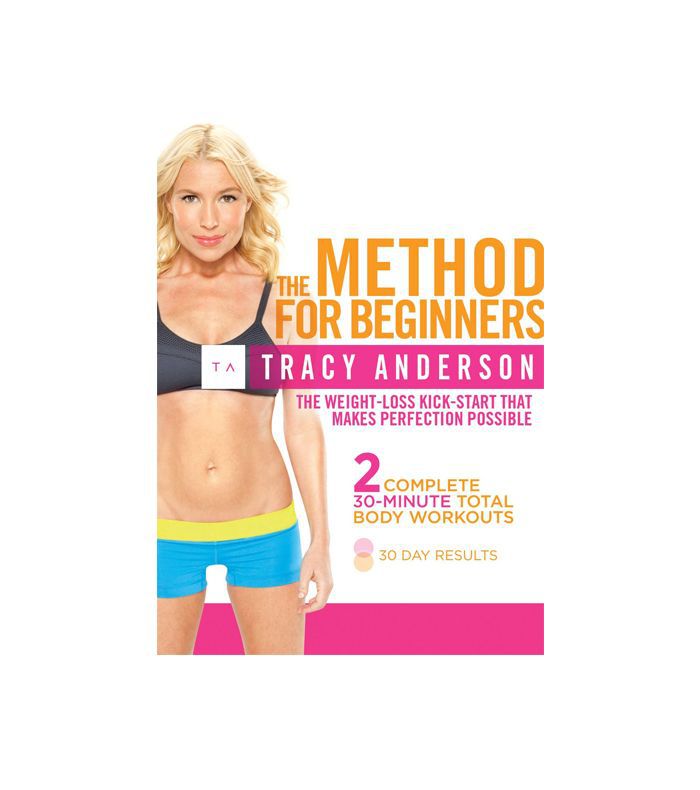 Streaming classes ensures Ambrosio doesn't stray from Anderson's method, even when traveling. "Thankfully, Tracy Anderson has an online class that I often do when traveling, "but I also like to do yoga and go for a run if the weather is nice," she says. The key is mixing it up between a more restorative exercise like yoga, some heart-pumping cardio like running, and a muscle-targeting workout, like the Anderson method.

As for how often Ambrosio works out, while training for the VS fashion show, she'll work out for about an hour and a half every day, but she'll often play volleyball or hike with friends to keep active, in addition to her scheduled workout.

What Alessandra Ambrosio Eats in a Day

Getting in shape for the VS runway doesn't just come down to workouts—Ambrosio has to make smart diet choices, as well. While training, her breakfasts usually consist of eggs and/or avocado toast. She drinks plenty of green juice and eats salads with chicken or fish for lunch, sushi, or Brazilian BBQ on the grill at home.

Before leaving the house, she reaches for her go-to healthy snack to curb her munchies and fuel her workouts. Ambrosio shares she "always has some nuts" in her purse. "Usually almonds."

That doesn't mean she'll never indulge, though. Though her diet is primarily healthy, Ambrosio believes in everything in moderation. If she's back home in Brazil, where food tends to be more bread-based and carb-heavy, she loves to splurge on pasta and more indulgent foods. She counteracts it by returning to salads, chicken, fish, and plenty of vegetables as soon as she's back in Los Angeles.

Most importantly, Ambrosio doesn't believe in diets. She'll let herself have a small piece of dark chocolate, a cocktail with her friends on the weekend, or even a cupcake with her daughter two or three times a week.