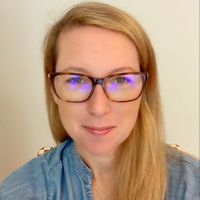 For 24 hours, actress Ariana DeBose had nowhere to call home. At 19, the Raleigh, North Carolina native had dropped out of Western Carolina University and moved to New York City, with nothing more than a pocketful of dreams. Initially, she crashed on other people’s couches, but at one point, when her living situation fell through, she found herself adrift.

“I am not someone who ever thought I would ride a subway for 24 hours with no place to go,” says DeBose, now 30. “It’s scary not knowing where you’re going, or how you’re going to make things happen.”

As is the case for many aspiring actors, DeBose’s first year in New York was a struggle. Without steady work, she was forced to ration her food. “I ate peanut butter and jelly and got a 50-cent coffee every morning. That’s what I could afford,” recalls DeBose, who identifies as Afro-Latina and queer. “When I ran out of money, I ate ice cream.” Ice cream? At the age of 15, DeBose had won a dance contest sponsored by Cold Stone Creamery. The prize? $15,000, plus free shakes and smoothies…for life.

Riding aimlessly on the New York City subway that day, DeBose could not have foreseen what her life would look like ten years later: After a string of successes on Broadway, and a Tony nomination to boot—her diet of PB&J sandwiches and ice cream a melting memory—the burgeoning film star would divide her time between an apartment in Manhattan and a cozy, two-bedroom cottage in upstate New York.

And in March of 2020, not long after wrapping production on director Steven Spielberg’s remake of West Side Story, a global pandemic would drive DeBose out of said apartment and into the country home she shares with her partner, Sue Makkoo.

“When Sue and I first met, the cottage was the place we went for peace and solace, away from the hustle and bustle of New York City,” explains DeBose. “That’s what it remained for us during the pandemic. It’s where we spent all of our time,” she says. With Manhattan completely shut down, DeBose recognized that escaping the confines of the City was both a blessing and a privilege.

“We were not on top of anyone, and we were able to enjoy spending time outside,” she says. “Plus, the cottage helped me keep peace of mind, knowing there was something that was going to last. No matter what happened at the end of this pandemic, we were good.”

Makkoo, a costume designer who also has a passion for interiors, purchased the house in 2014, two years before she and DeBose began dating. “This beautiful home was literally dilapidated when Sue first found it, and she did a lot of the renovations herself,” explains DeBose.

“The interior was still in flux, though, so it has grown with us, which is great. Everything in the cottage is a reflection of our life together or of the home’s surroundings.”

Even though the house is only 900 square feet, it doesn’t feel small to DeBose. “The space breathes and is well thought-out,” she says. The many windows let in both sunlight and moonlight, and offer up glimpses of the hydrangeas and peonies planted around the home. “The windows are the eyes of the home,” she says. “The windows are the art, in a way. The view of the trees and the leaves and the creek comes into the home.”

In fact, the home is so well thought-out that the MyDomaine team decided to stray from celebrity house tour tradition and let the space speak for itself. No prop stylist was on set for this shoot, and every piece of furniture, every accessory, and every little piece of décor was left untouched and in its rightful place. It's a true testament to the striking style and personality of the cottage.

Choosing the furniture, accessories and artwork for the interior had as much to do with the pieces’ history as their appearance. “We bring things with good energy into the home to maintain the history of the house,” says DeBose. That’s why she displays her maternal grandmother’s crystal, dries flowers from meaningful events, and collects books she finds when traveling.

“I want to feel like the things that are present and living in my home have soul to them,” explains DeBose, who uses her dining room table as an example. “When you touch the wood, you can just feel that good things have happened at this table,” she says.

The wooden table gets plenty of use, since DeBose and Makkoo often entertain neighbors, family members and friends. “The dining room is the heartbeat of the house, and everything else is an extension of the energy that happens in that space,” says DeBose, who loves to create tablescapes using branches or grasses she has foraged from the property. “These days, proof of vaccination or a negative Covid test is required upon entry,” she assures us. Many of their dinner guests live nearby, either locals who reside near the cabin, or Manhattanites, who, like them, have a second home in the area. “During the pandemic, our neighbors were basically our Covid bubble,” DeBose explains. “They would come over and we would social-distance and have cocktails on our back deck. You know, BYOB, come hang out by the fire pit and enjoy the creek.”

Overnight guests sleep in the second bedroom, which features mint green walls and an iron bed originally found in a vintage warehouse. “It’s magnificent, and we got it for a couple hundred bucks,” DeBose says proudly. Since the guest bedroom contains a desk and doubles as an office, “it needed to feel airy and inviting, but also conjure creativity,” explains DeBose.

The goal for the master, on the other hand, was to create a space that felt instantly calming. “We love spending time in the bedroom,” says DeBose, who opted for mauve paint—with sparkle added in for good measure—on the walls. “It’s meant to be luscious and decadent, and the mauve feels warm and enveloping.”

Though there is Wi-Fi in the house, cell phone reception is poor, which makes shutting down a little bit easier. “When I’m headed upstate, and driving out of town, there is a specific bridge that I cross where I can feel that my body knows I am leaving the city,” says DeBose. As she inhales, she says, “In that moment, it’s literally like the first deep breath that I’ve taken since I left the cottage.”

I want to feel like the things that are present and living in my home have soul to them. Her need for time away from the City is understandable. She has been working and grinding non-stop since her senior year in high school, when she was eliminated in the first round of FOX’s So You Think You Can Dance Season Six. “That was a huge blow to my then pretty small, but healthy, ego,” says DeBose, who began dancing at the age of three. Being told by a panel of judges on national television that she wasn’t good enough to continue in the competition was hard to hear.

But DeBose, who has since shared a screen with Hollywood legends such as Meryl Streep and Nicole Kidman, knew better than to let one rejection determine her fate. “What I viewed as a failure with So You Think You Can Dance led me to New York to try theater,” she explains. “I had done musicals in high school, and I loved them because they were so challenging.”

With the help of her mentor, Broadway dancer Charlotte d’Amboise, DeBose found her place on the Great White Way. In 2011, she made her stage debut in Bring It On: The Musical. “If you look at my career, it’s kind of logical,” she says. “I came and I played to my strengths. I went after jobs that were dance-based because that’s what I knew I could do. Then I learned to sing and act,” explains DeBose.

Bigger and better Broadway roles followed: Mary Wilson of The Supremes in Motown the Musical in 2013, “The Bullet” in the original 2015 cast of Lin Manuel-Miranda’s historic sensation Hamilton, Jane in the original 2016 cast of A Bronx Tale, and “Disco Donna” in Summer: The Donna Summer Musical, for which she earned her Tony nomination in 2018.

“After Donna Summer, I said, ‘Let’s try for a new challenge,’” the self-described workhouse recalls. “I was just hoping for a little TV show that shot in New York. Then West Side Story happened, and I was like, ‘This is not small. This is very big.’”

I am not running out of time when I’m at the cottage. In fact, for me, when I’m there, time is infinite.

Huge is more like it. The original 1961 film won 10 Academy Awards, the most ever for a musical, including Best Supporting Actress. That award went to Rita Moreno, for the role of Anita, the same part that DeBose is playing in the remake, which premieres December 10th.

Not only did DeBose have to figure out how to tackle such an iconic role, she had to do so in front of Moreno, who had a different part in Spielberg’s retelling and served as an executive producer on the film.

“I seem to just sort of attract these crazy challenges,” DeBose says. “They find me. They flock right to me. I’m a challenge magnet, but I like that because I never settle.”

When the coronavirus shut down production, DeBose was four days away from completing Ryan Murphy's Netflix adaptation of the hit-Broadway musical The Prom. Filming eventually resumed on the feel-good movie, in which DeBose played a high school student whose own mother does not know she is a lesbian.

Then she flew to Vancouver to play a part in the ensemble cast of Schmigadoon, the satirical Apple TV+ series, which references old musicals like Brigadoon. Most recently, she completed production on Matthew Vaughn’s action film Argylle.

With the holidays upon us, DeBose is looking forward to pausing between projects so she can ring in the New Year at the cottage. “Part of the reason I choose to spend my time there is because I’m forced to physically slow down and smell the roses and actually take a break,” admits DeBose.

“I am not a person who knows how to not do something. I don’t know how to not be busy, which the pandemic showed me is not necessarily a good thing,” she says laughing. “It’s a terrible Hamilton reference, but I am not running out of time when I’m at the cottage. In fact, for me, when I’m there, time is infinite. I only actually realize that time is a thing when I have to pick up a bag and leave.”