One for the Books: 11 Baby Names From the Literary Greats

As a bookworm, I'm familiar with the satisfying yet hollow feeling you get when you finish a good book, especially if it's one of those classics that take ages (and a consultation with CliffsNotes) to get through. What now? Aside from the thought-provoking themes, innovative forms, and hypnotizing language, people get attached to books because of their characters—they tether you to the story whether you like them or not. If you love reading as much as I do, you probably remember the names of characters for years after you've visited the books they live in.

I even have a running list of my favorite names from books as well as literary figures who have offbeat and vivacious designations for longer than I can remember. Maybe it's because I feel so connected to my own namesake, Hadley Richardson, who inspired The Paris Wife. You may remember her as the woman who lost a briefcase full of Ernest Hemingway's writing. She was the first love of Hemingway, whose work I've never been drawn to since I like my sentences to sprawl and I'm seduced by odd abstractions rather than precision and clarity (perhaps also out of loyalty to Hadley).

So what's in a name? Well, a lot, it turns out—at least for me. If you're expecting and love reading (or are just in need of some inspiration), you'll find something meaningful in this stylish yet timeless roundup of baby names from books. Scroll through our library of literary names and take notes from the classic muse, character, or author below.

The Namesake: Pilar is the beautiful clairvoyant resident of Gabriel García Márquez's magical world of Macondo in One Hundred Years of Solitude. She creates the new reality for the Macondians, a reality that was "less practical for them but more comforting." She transcends, or rather inverts, her status as a demi-pariah by being a reliable, free-spirited constant throughout the saga, always easing the chaos around her. She's also a heroine in Hemingway's For Whom the Bell Tolls.

The Meaning: In Spanish, Pilar means "pillar," also known as a tower of strength. 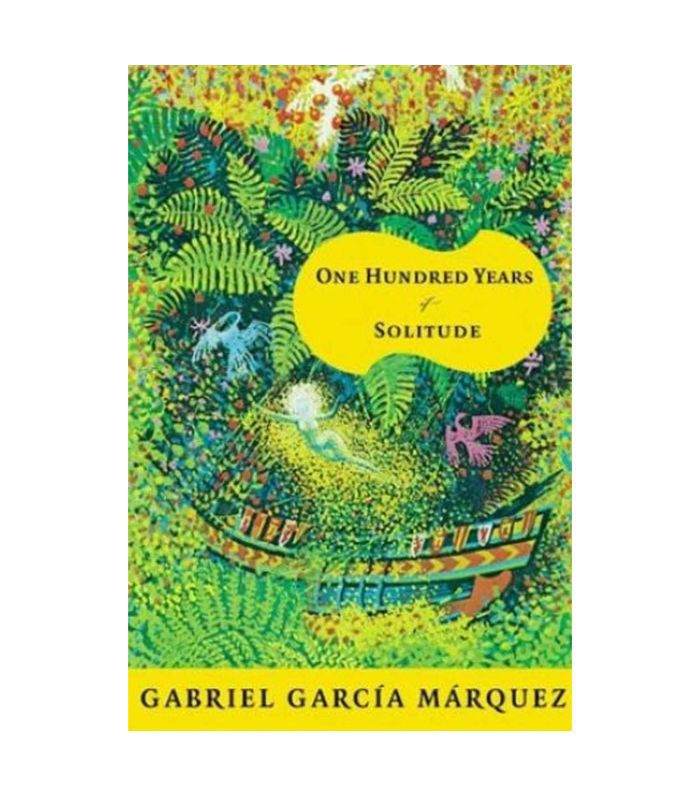 The Namesake: One of the central figures in Kiss of the Spider Woman by Manuel Puig, Valentín remains unbreakable despite much adversity. The entire novel happens within the prison cell as his lover Molina tells him stories.

The Meaning: It means strength and health. Though traditionally a boy's name, it works for both genders. With Latin roots, it's a French name, and it has romantic associations because of the holiday.

More From Puig: Molina and Leni 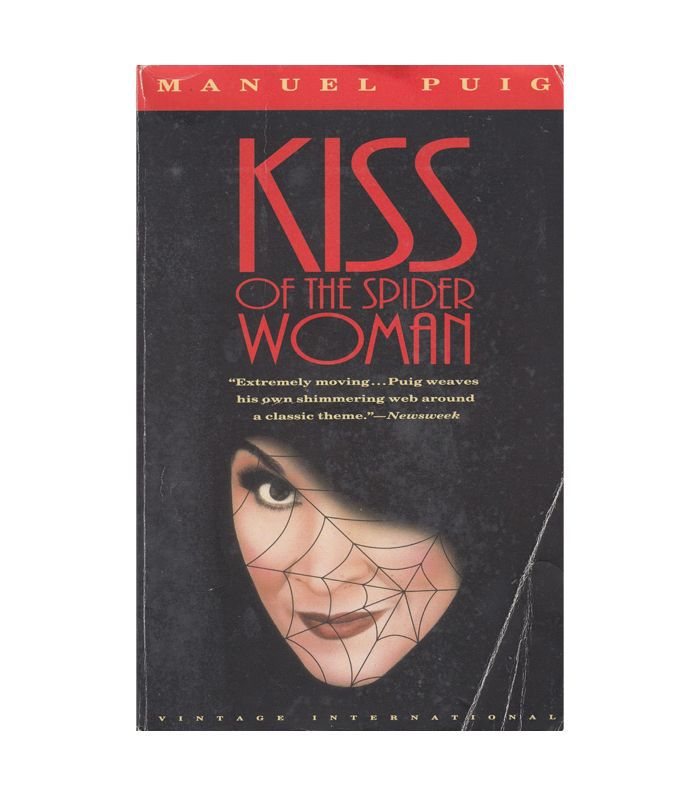 The Namesake: Ellen Lawless Ternan, or Nelly for short, was an English actress and is also well known for being Charles Dickens's lover. Though their relationship is a controversial one, it's worth noting that she's the inspiration behind some of the most notable, clever characters in literary history, including Estella in Great Expectations and Lucie from A Tale of Two Cities.

The Meaning: Though we love Nelly on its own, it's also an endearing nickname stemming from more formal names. 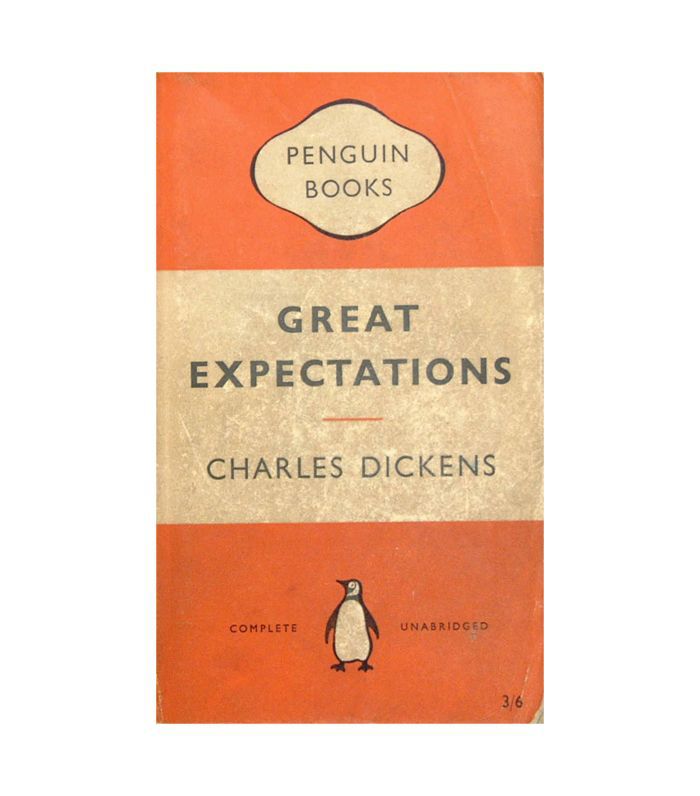 The Namesake: She's the precocious protagonist in a series of short stories by F. Scott Fitzgerald called Basil and Josephine, which is based on his own youth. She's spirited and beautiful, and rumored to be one of his favorite characters, as she was inspired by his childhood sweetheart.

The Meaning: Josephine is the female version of Joseph, which is interpreted as "God will add," so it's associated with abundance, imagination, and perceptiveness (a lot like the aforementioned fictional character). It offers a range of nicknames, from Jo to Josie and Fifi. 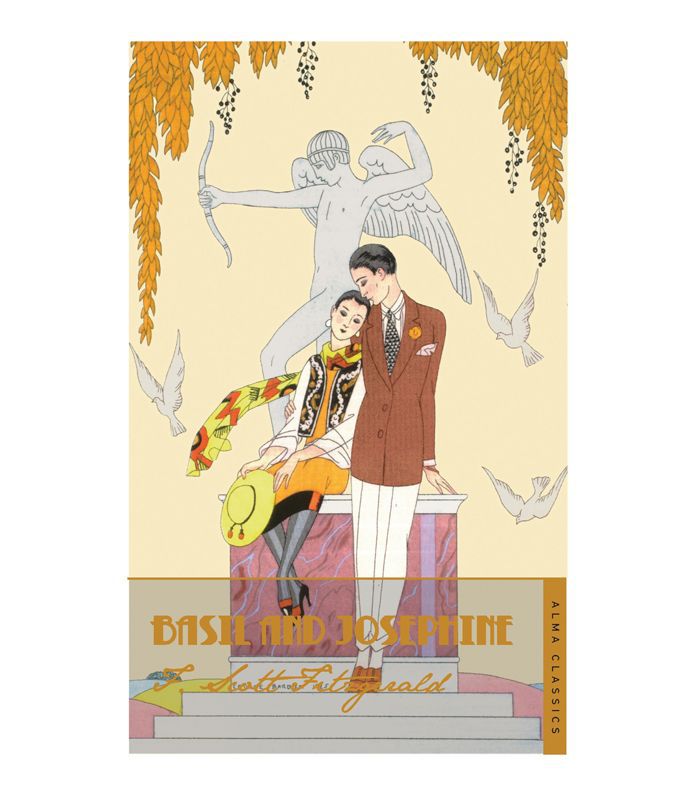 A true frontier woman, Willa Cather was born in the 1800s in rural Virginia and grew up in Nebraska before moving back east to New York City where she wrote and published My Ántonia. One of the most celebrated love stories in American history, it captures the Wild West in a nuanced, thoughtful, and honest way, so it'd definitely be an honor to be named after Carther.

The Meaning: We love how Willa rolls right off the tongue, evoking grace and subtle strength. Despite it's understated, gentle sound, it means valiant protector. 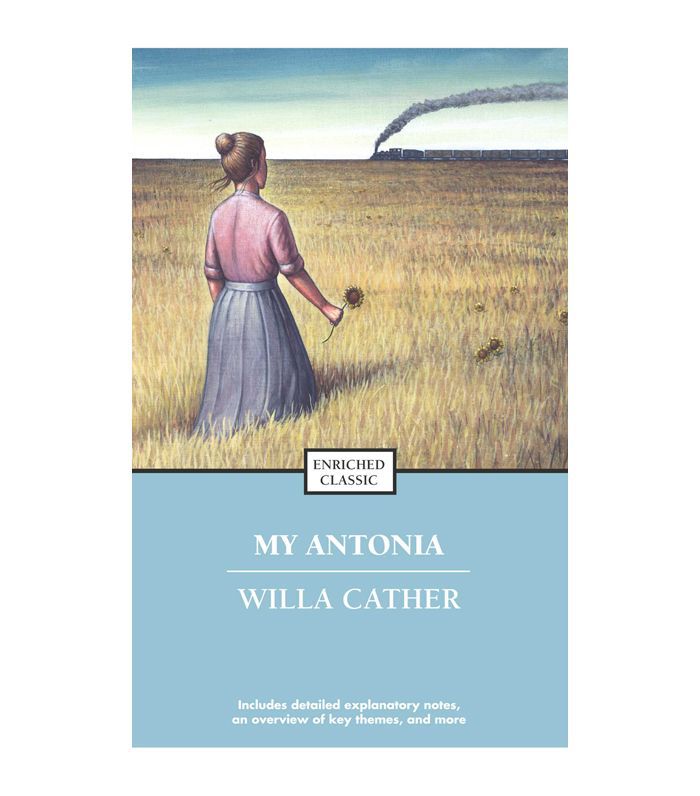 The Namesake: Dubbed the modern-day Odysseus, Leopold Bloom is the protagonist in Joyce's Ulysses. For something softer and full, opt for the surname, Bloom.

The Meaning: This bold German name has aristocratic roots and has recently become hip again. For something shorter and less casual, call your little one Leo for short. 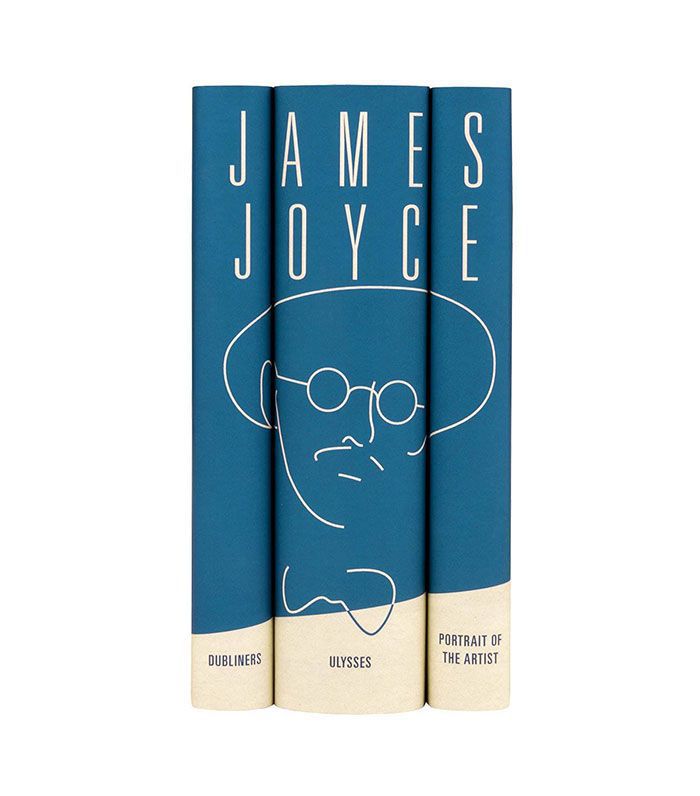 Perhaps one of the most famous literary affairs in history was between Virginia Woolf and Vita Sackville-West. This is partially because there's much documented correspondence between the two, and much of it is seriously steamy. She herself was also a writer and is well known for her poems and a few novels. Many scholars have theorized that the hermaphroditic hero in Orlando is based on Vita.

The Meaning: The male form of the name, Vito, means "conqueror." It has a sharp, spry, and cheerful ring to it. 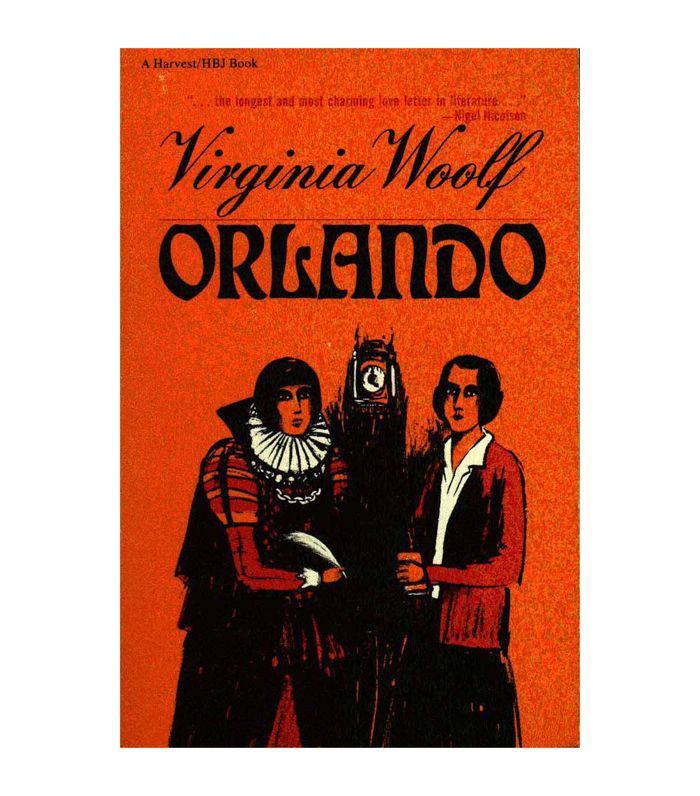 The Namesake: Matilda is the brilliant and charming heroine of, you guessed it, Matilda. She's an independent bookworm who is wise beyond her years.

The Meaning: The root of this name means "battle-mighty," which makes sense knowing about our fictional friend, Matilda, who survives the likes of Ms. Trunchable with a smile on her face. Tillie for short would be a great nickname, or something a bit more avant-garde and grown-up like Tilda. 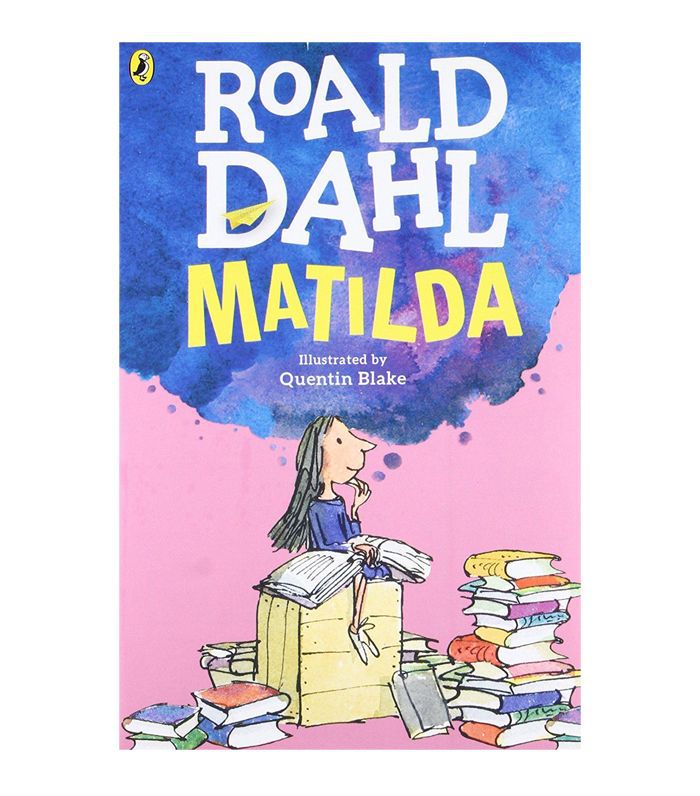 Darcy: This name has a handsome aura to it, largely because of Jane Austen's romantic hero, Mr. Fitzwilliam Darcy, in Pride & Prejudice. He's the classic tall, dark, and handsome gentleman who becomes more and more loving and accepting of the heroine, Elizabeth, as the novel progresses.

The Meaning: This British name was derived from the French place name Arcy, and it literally translates to "dark" in Latin. Though traditionally a boy's name, it's become a lot more popular for girls as well. 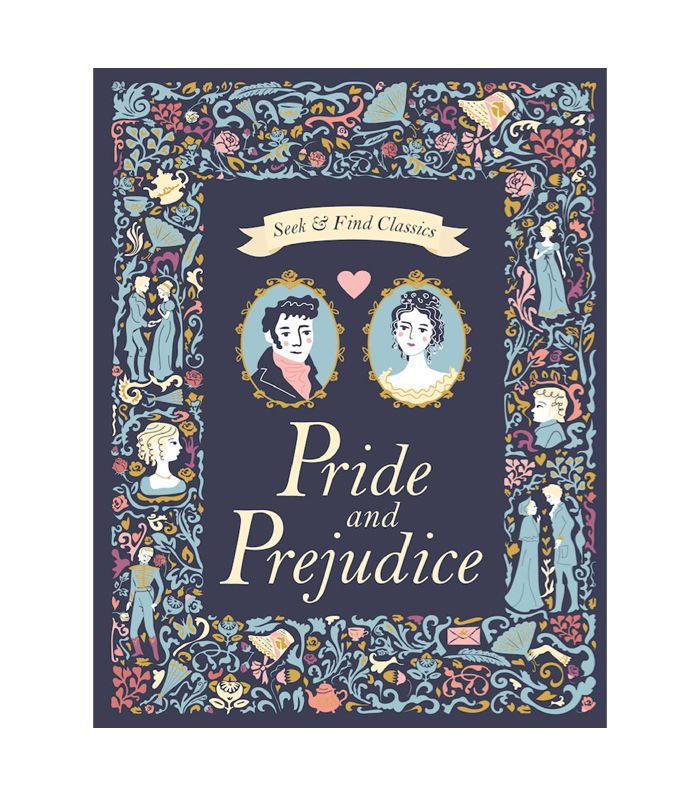 Zora Neale Hurston wrote 1937's Their Eyes Were Watching God, set in South Florida in the early 1900s and following protagonist Jane while she navigates her identity as a biracial woman after the Reconstruction era. Hurston wrote in an innovative style. Her formal techniques were quite revolutionary (she uses a lot of analepsis—a literary term for flashbacks), and her thematic exploration of a fragmented identity is equally subversive.

The Meaning: It translates to "dawn," which symbolizes the promise and potential of beginnings. As a huge player in the Harlem Renaissance, she certainly fulfilled this meaning of this name. 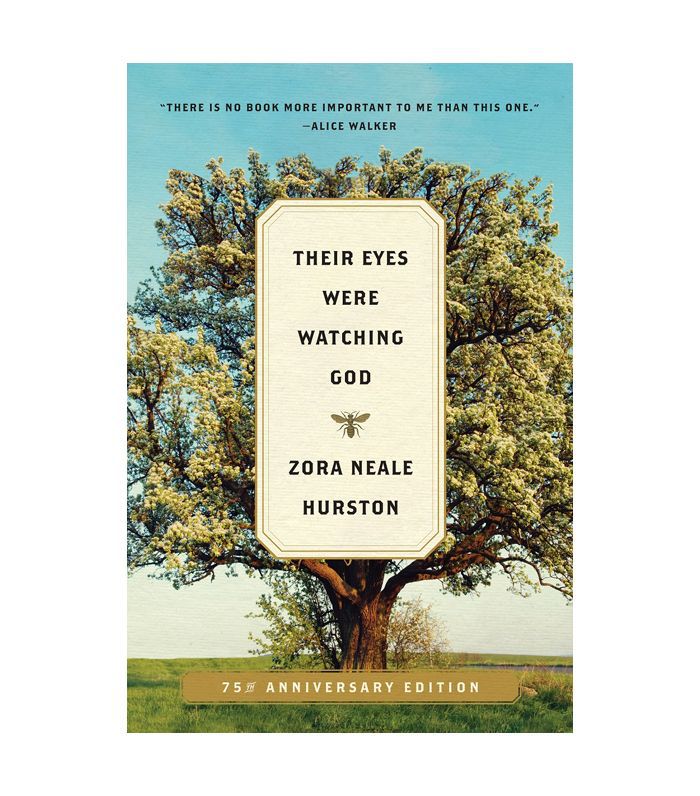 The Namesake: Quentin is the highly intelligent protagonist (and sometime narrator) in a few of William Faulkner's books, like The Sound and the Fury and Absolom, Absolom! Quentin's niece inherits his name.

The Meaning: It simply means "fifth." Though slightly offbeat with plenty of intrigue, it's also accessible and pretty widely known, plus it's also androgynous. 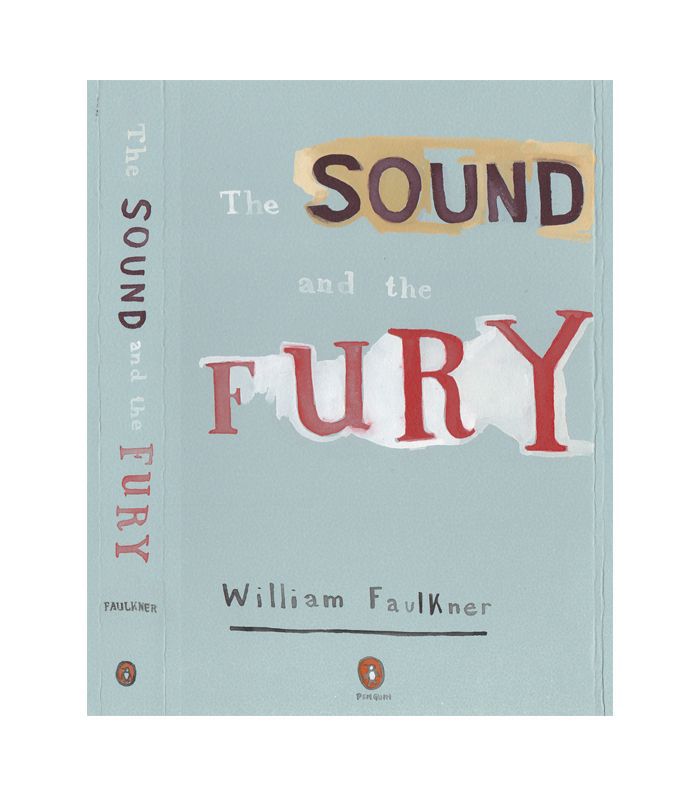 William Faulkner The Sound and the Fury $10
Shop

This post was originally published on June 2, 2017, and has since been updated.