The 12 Dos and Dont's of Hosting a Bachelorette Party

According to a seasoned party pro!

I love throwing parties, so when a good friend reports that she has gotten engaged, I always offer to host one of her celebratory events, be it an engagement party, bridal shower, or bachelorette weekend. Secretly I’m hoping she’ll say engagement party or bridal shower because planning a bachelorette party is a daunting mission—even for a seasoned party pro like myself.

It’s all too easy to end up stressed out and dreading the party altogether at least once during the planning process, so if you’re just beginning to plan your first bachelorette for a close friend, take a deep breath. To avoid bachelorette burnout, follow this handy guide of things you should and should not do to host the most memorable of bachelorette parties. These are the keys to perfect party planning.

Once you know that you will be spearheading the party planning committee, come up with a plan. Sit down with the bride and ask her what she wants to do for her bash. Does she want to spend a wild weekend in Vegas? A relaxing few days at the beach? A long weekend exploring wine country? Or is a fancy dinner and cocktails at the local speakeasy more her style? Find out what the bride is envisioning, and plan from there. If it’s a destination event, research the costs of flights, hotels, and activities. Sit down with a friend or fellow wedding party member and discuss the details. Pick a date and send the invitees a save the date note, especially if you’ll all be going out of town.

If the bride wants everyone to fly to St. Barths and stay at an award-winning spa for five nights, gently suggest some more affordable options. The cost of a destination bachelorette party for attendees can be thousands of dollars, so don’t let the bride go overboard.

If she insists on an extravagant and expensive weekend, point out that some friends might decline the invitation because they simply can’t afford it.

Remind her that it is perfectly fine to host a one-night hen-do in her hometown!

From researching restaurants that can serve a large group to finding a studio to give everyone a lesson in the art of pole dancing, there is a lot of planning to do, more so than your regular party. You’re not just selecting a menu and putting together a playlist: You’re coordinating games, making travel arrangements, and coming up with ways to make the bride feel special, so don’t be afraid to ask for help! Is one of your friends a major foodie? Ask her to pick out the restaurants and make the reservations. Another friend a whiz at graphic design? Have her put together a cute and fun invitation and itinerary.

Speaking of itineraries, don’t over-schedule your day or weekend. Anytime that you are traveling in a group, things take longer. If you’re seeing Britney Spears at 8 p.m., schedule dinner at 5:30 p.m., or better yet, do a late dinner after the show. Likewise, if you’re spending the day poolside, round everyone up and head back to the hotel room at least two hours before you have to be at your next location.

Some people take a long time to get ready, especially if they are showering, doing their hair, and getting glam for a night out. Factor in travel time and the time that it may take to get a handful of Ubers, then build your itinerary around this. It’s also a good idea to factor in downtime, too. The bride may decide she wants to get a mani/pedi or simply have a drink at a cool bar, so be flexible with the schedule.

Do: Respect the Bride's Wishes

If the bride says she is not into NSFW decorations, do not special-order her a phallic hat and insist that she wear it all night. It won’t be fun for her, and the whole point of the bachelorette is to celebrate her last moments as an unmarried woman, so don’t make her miserable. If she asks everyone not to share photos on social media, respect her wishes.

Don't: Send Too Many Emails

During the planning process, don’t spam all of the invitees with hundreds of group emails. Not everyone has to be a part of the decision-making process, and unless you’re holding a vote on the destination or sending out crucial information about the Airbnb house, avoid over-emailing.

If you’ve got a big crew coming and everyone will be crashing at a house or in several hotel rooms, come up with thoughtful sleeping and rooming arrangements. Have the bride pair people up and assign them rooms. Assigning beds will reduce catty conflicts and make everyone feel included.

When the bride calls you and asks to change the time of a dinner reservation two days before the party, don’t throw a dramatic hissy fit. Simply say okay and call the restaurant to see if you can change it. If you’re feeling frustrated or overwhelmed by the planning process, vent to a friend who isn’t going to the bachelorette or, better yet, isn’t friends with the bride. If you complain to another bridesmaid, she may tell the bride, and things could spiral out of control quickly.

Do: Consider the Bills

If it’s a weekend-long soirée, figure out how everyone is going to pay their portion. Will one friend put the house rental on her credit card and have all the guests Venmo her? Is another girl in charge of food and alcohol provisions? How will she be reimbursed? What about dining out? Will the restaurants let you split the bill 12 ways evenly, or will they only put it on four credit cards? It’s not the most glamorous part of bachelorette party planning, but answering these questions before you begin partying will save you from unnecessary stress. Otherwise, someone might end up paying a lot for something and others nothing at all. You don’t want to end a friendship because of a bill!

One or two games are fun, promote group bonding, and shower attention on the bride. Here are my favorites: Have everyone bring a new pair of panties wrapped in a box, and let the bride open each one. She has to guess who brought her that pair of undies. Voice-record or video the groom answering a bunch of questions (What is your go-to date-night restaurant? What piece of your clothing does the bride secretly want to burn?), then sit the bride down and ask her the same questions. See how well their answers match up.

Do: Give Out Party Favors

Normally I think party favors are a waste of money, but if you’re hosting a weekend-long bachelorette, I love a hangover kit as a party favor. Fill a pretty tote bag with Emergen-C, water, and saltines. Or give a favor that pertains to an activity taking place throughout the weekend. Surprising everyone with a belly-dancing class? Give the girls a belly-dancing scarf to tie around their waists during the lesson. Spending the weekend at a lake house? Give the girls plush beach towels to use while boating.

Don't: Drink Too Much

If you’re the hostess and you’re in charge of making sure that the breakfast casserole gets put in the oven the morning after a night out, don’t drink so much that you won’t be able to perform your duties. Refrain from over-drinking; then throw yourself a little “me” party after the bachelorette fun is over. 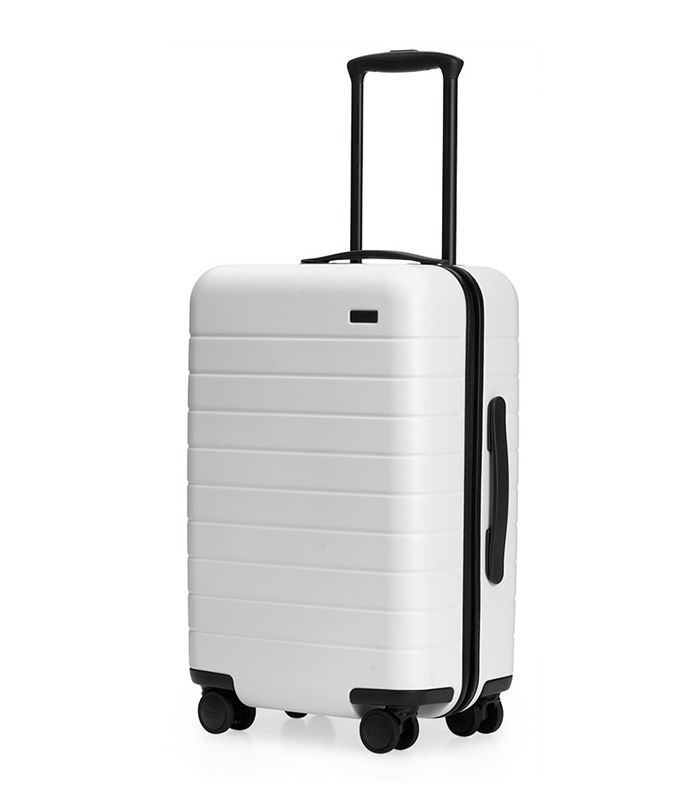 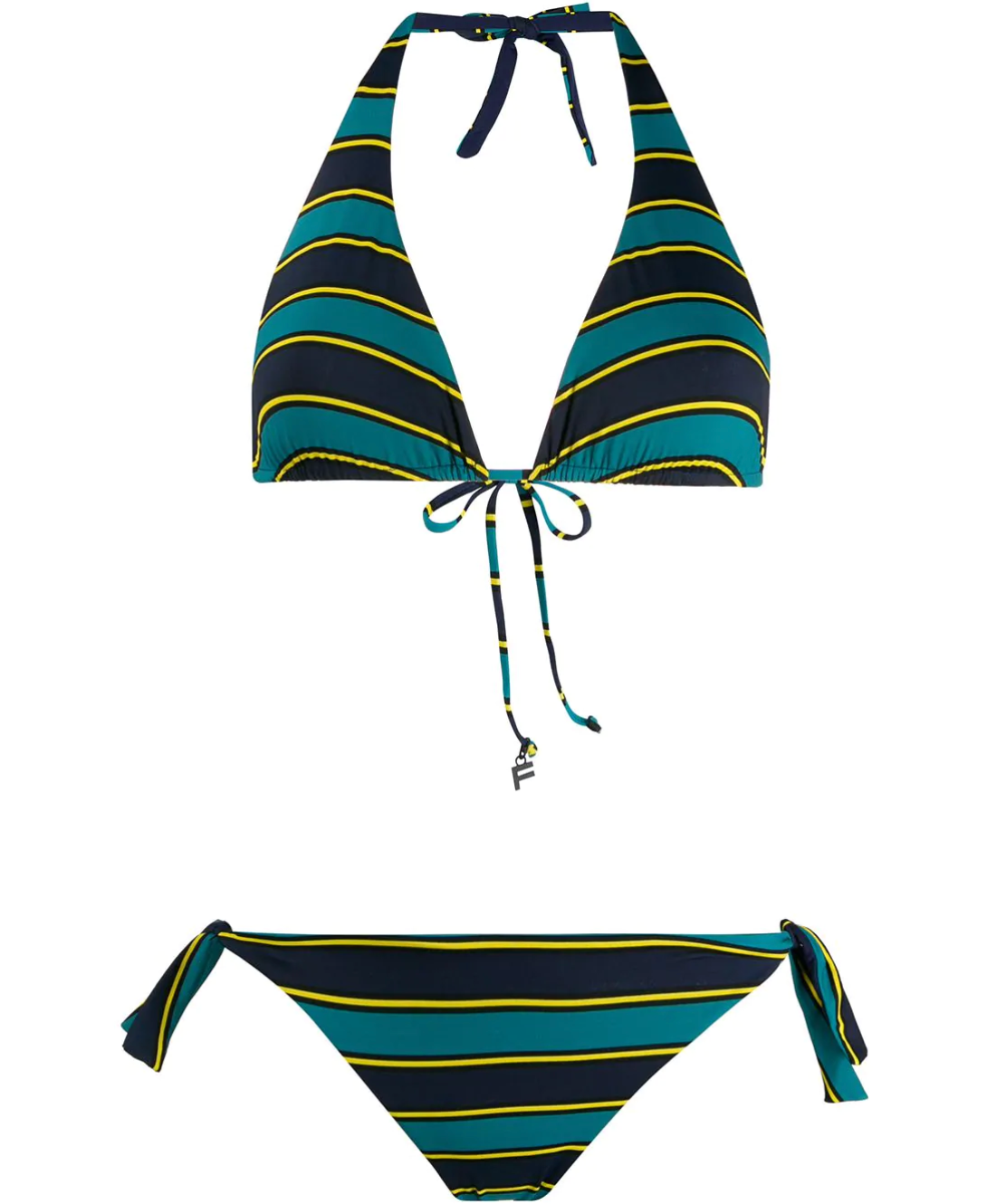 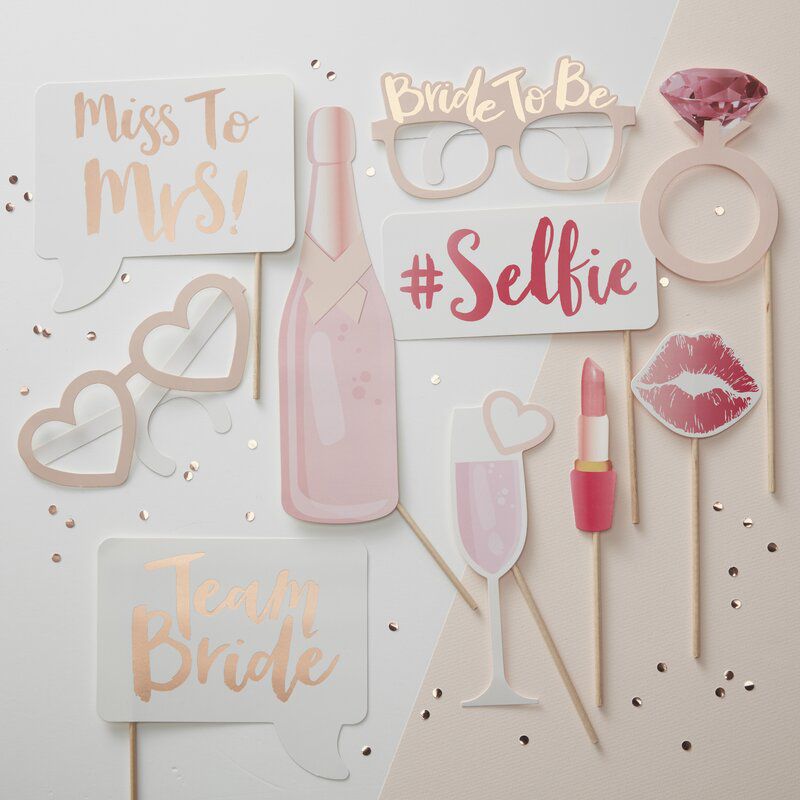 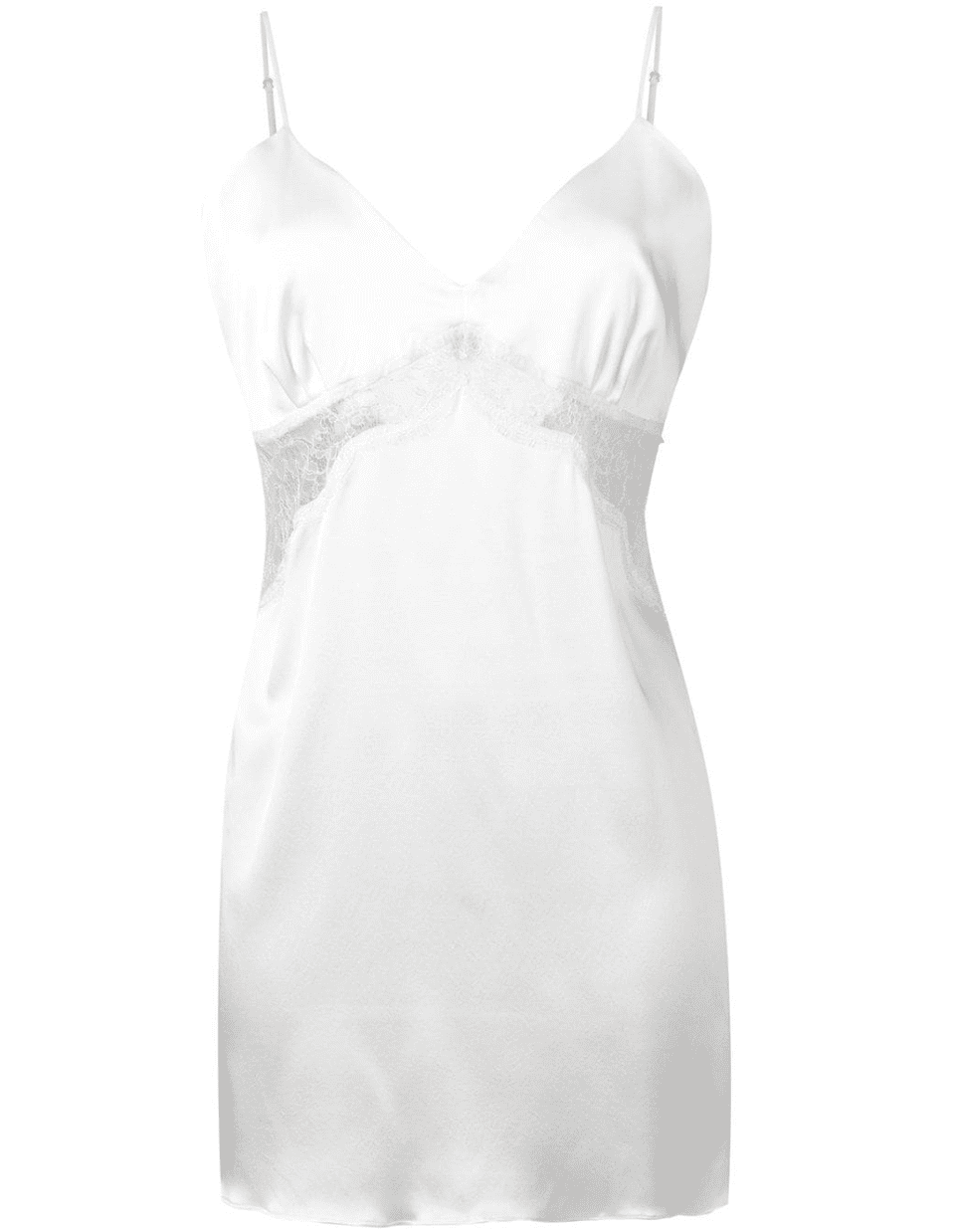 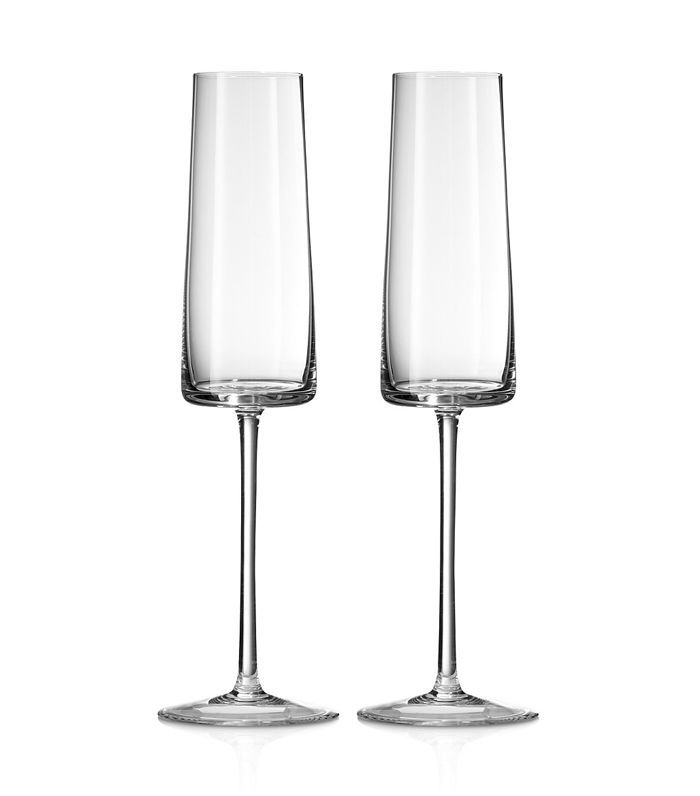 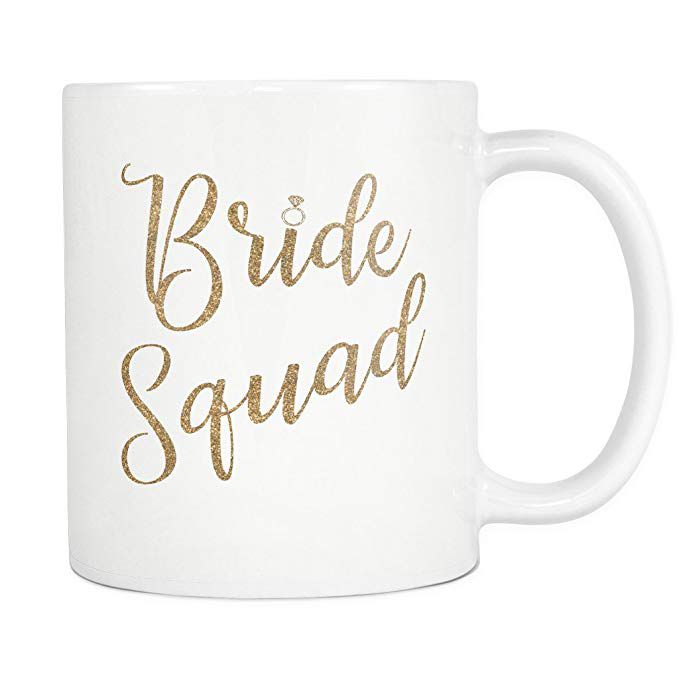