MyDomaine Tested: The 8 Best Air Purifiers for Allergies on the Market

Whether subtly inconvenient or full-on debilitating, allergies are never comfortable. While over-the-counter allergy medications can be a good way to treat those runny noses and puffy, itchy eyes, there are also a few other ways to fight off dust mites and pollen or even pet dander and odors. Since most allergens and bacteria are airborne, the solution often lies in filtering the air we breathe, which has also been shown to prevent more serious repository-related health issues like lung cancer.

According to a report by the International Agency for Research on Cancer that reviewed over 1000 papers and studies across five continents, air pollution is a cancer-causing agent. Kurt Straif, PhD, IARC's head of the evidence synthesis and classification, explains, "Outdoor air pollution is not only a major environmental risk to health in general, it is the most important environmental cancer killer due to the large number of people exposed." And while we may not be able to exert complete control over the outside environment, we can effectively improve the air quality within our homes vis-à-vis an air purifier.

Since everyone knows that the comment sections online can be some of the most brutally honest venues on the planet, we decided to consult online reviews to find out what the best air purifier for allergies really is. Scroll through to see which of the seven options below best suits your needs and budget so you can optimize your space for healthier living. 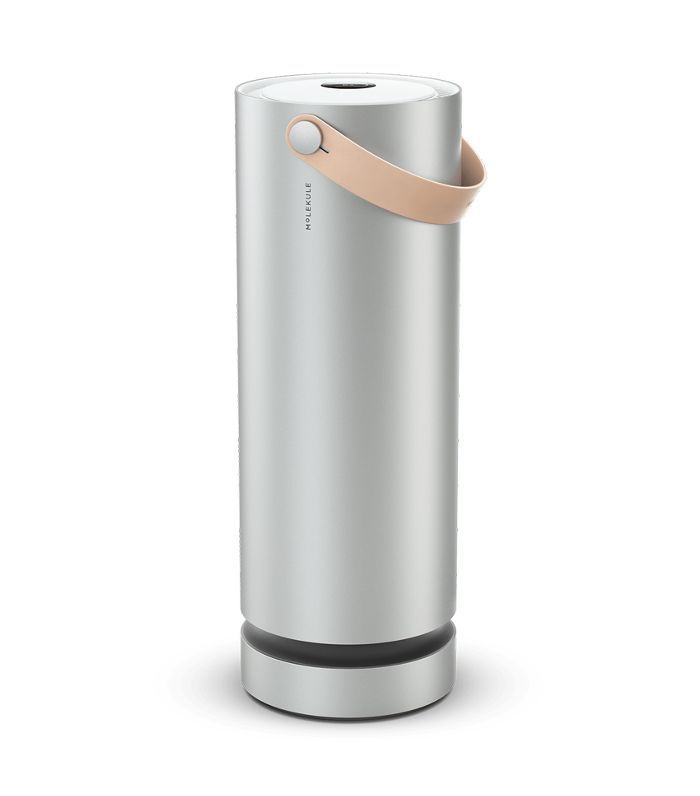 From the People: When Jennifer Camp Forbes of Le Bump Baby (and Le Fashion) first bought the Molekule for her baby girl, Delphine, little did she know that it would actually change her life and her severe allergies. The allergies got so bad for Jennifer that she actually resorted to wearing a mask that covered her nose and mouth while she cleaned the house. But that all changed once the Molekule came along; she noticed a huge difference after one week. "My itchy throat, from post-nasal drip, and stuffy nose were nearly gone, and I could breathe more clearly than usual," she writes. "By the end of the month, I woke up without any of my usual symptoms. When I put it on Boost mode, I could finally clean and dust the room without a mask. That experience is what really showed me the power of this air purifier. Later in the day, I expected a full-blown allergy attack, but other than some sneezing and some barely itchy eyes, I was okay. It was transformative."

Our editorial director, Sacha Strebe, has also been testing out the stylish device and she too has noticed a significant change in her daily allergies, particularly after the recent Woolsey fires in Los Angeles. "The air was so heavy with smoke, ash, and debris that my allergies flared up again," she says. "My son was also feeling unwell and he doesn't really suffer from allergies normally." After having the Molekule on boost mode for a few hours, Strebe turned it on auto mode for the remainder of the week. "My son stopped itching his eyes, and I stopped sneezing and sniffling," she says. "It really was incredible to notice how quickly it went to work and started relieving our symptoms." Now she leaves it on silent mode and says she has to check its still on because it's so quiet.

But don't just take our word for it. This stylish purifier stacks up. It was named one of Time magazine’s best inventions 2017 and Popular Science’s Greatest Home Innovations of the Year. By all accounts, the Molekule certainly is a winner.

Who Should Get It: First things first, this air purifier looks like cool. As design lovers, we really appreciate the fact that the team behind Molekule took aesthetics just as seriously as it did science. This looks beautiful but it also works beautifully too. Breathe easy knowing that the Molekule nanotechnology is doing all the work for you by breaking down pollutants on a molecular level, hence the name. You'll be reassured to know that allergens, mold, bacteria, viruses, and airborne chemicals are completely eliminated, not just caught.

The team also tells us that this new technology is the only one that is truly able to destroy pollutants of any size, including those 1000x smaller than what a HEPA filter can catch. Now that is the kind of peace of mind we're looking for, especially at that price. Good news is, you can also pay it off in monthly repayments. 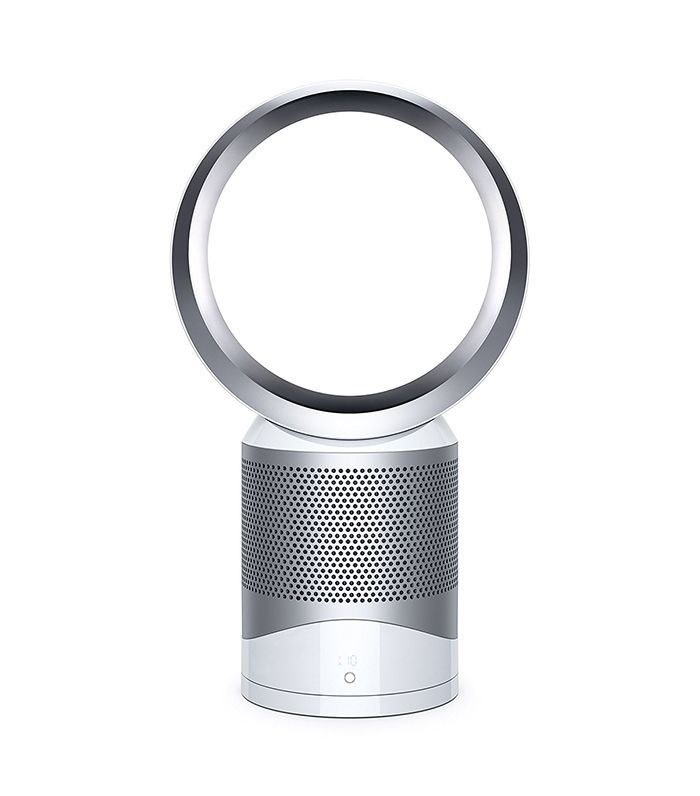 From the People: Of 26 Amazon reviews, 88% rate it four stars or higher. Though initially skeptical, Allen says, "Once you throw in some more features, such as air purification, and Wi-Fi enabled control and statistics, it becomes more than just a high priced 'weird' fan. The fan includes a sensor that will monitor air quality and display it. If you set your 'real world' location, it will show you the outside air quality based on some local reporting." So most of the positive reviews note the high-tech features that many air purifiers on the market don't typically offer.

Who Should Get It: If you've tried out the larger version of the Dyson air purifier and loved it (see below) but don't want to spend over $500, this portable one is a great option to place on your desk or in a small space. Aside from the smaller size, the only difference is that it is better for summer since it doesn't also have a heating function. 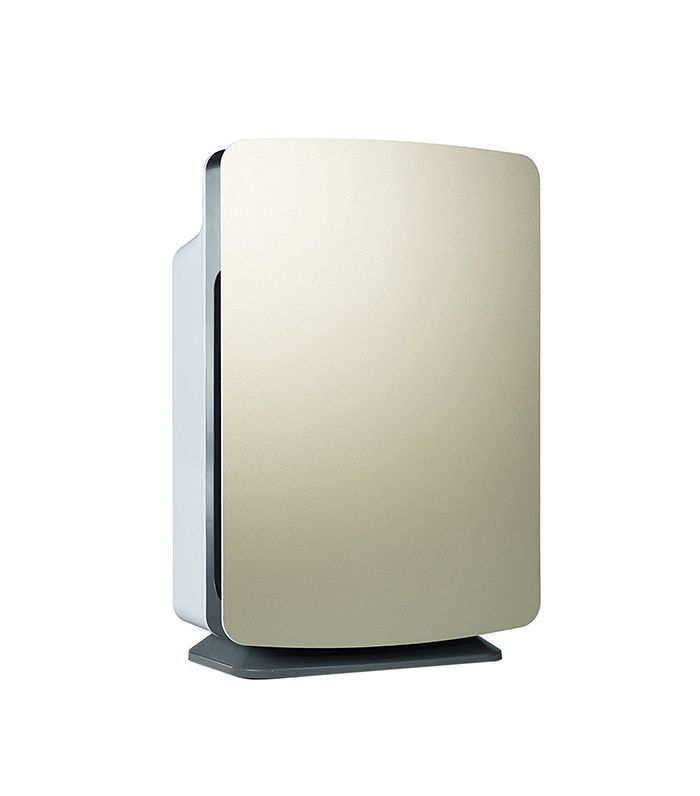 From the People: Of 152 Amazon reviews, 84% are over four stars. One reviewer called Silvester says, "This is my third air purifier unit and certainly the most high-end I have yet tried" because it's a "compact unit with large 800 ft. room area coverage." She continues, "Even though $500 is fairly pricey, I consider it fairly reasonable if you think about how much money many people pay for alternative (inferior) treatments for allergies or other breathing ailments related to air quality." Another commonly noted perk is that it's super quiet despite being efficient for large spaces. Deb says it's particularly good for mold allergies, noting, "I bought this to filter any mold and dust. No more headaches after running it for a few hours."

Who Should Get It: This style comes in a variety of designs. The façade can either be metallic or wood, and each material has about a dozen colors to choose from, too. So you can opt for something rustic or metallic, depending on which will blend with your interiors. It purifies the air two times an hour and offers four different filter options so you can customize it depending on your needs. 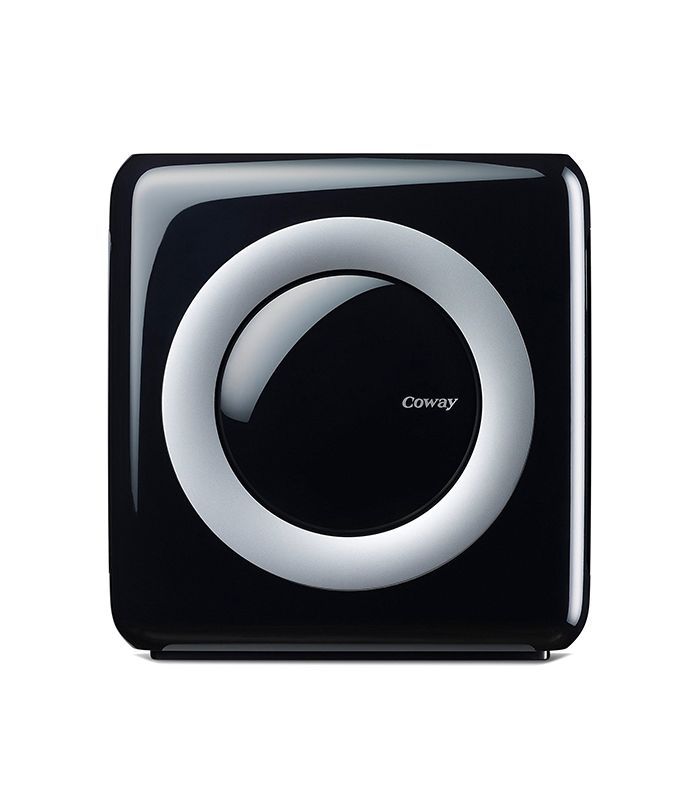 From the People: Of 513 Amazon reviews, 86% rated this product over four stars. "I don't want to be one of those giddy-with-first-impressions folks in not testing a product thoroughly for months before posting a review, but this thing makes me wanna do just that," writes Lisa. "I didn't know the difference between no allergy and mild allergy until sleeping one night with this purifier running. Man what a difference."

Another commenter, DS, shares an interesting anecdote: "I have a friend who vapes, I asked him to vape real quick in the same room as the air purifier, the light went from blue which is good air quality to purple (not so good) to red (bad) in under twenty seconds or so from when he started. It went back to blue in a couple minutes on high speed in a decent size room. It works very well. Room always smells much fresher now."

Who Should Get It: It comes in four tasteful design variations and is also super easy to set up on your own. It has an air quality and filter change indicator, plus an energy-saver mode when you want to power down a bit. 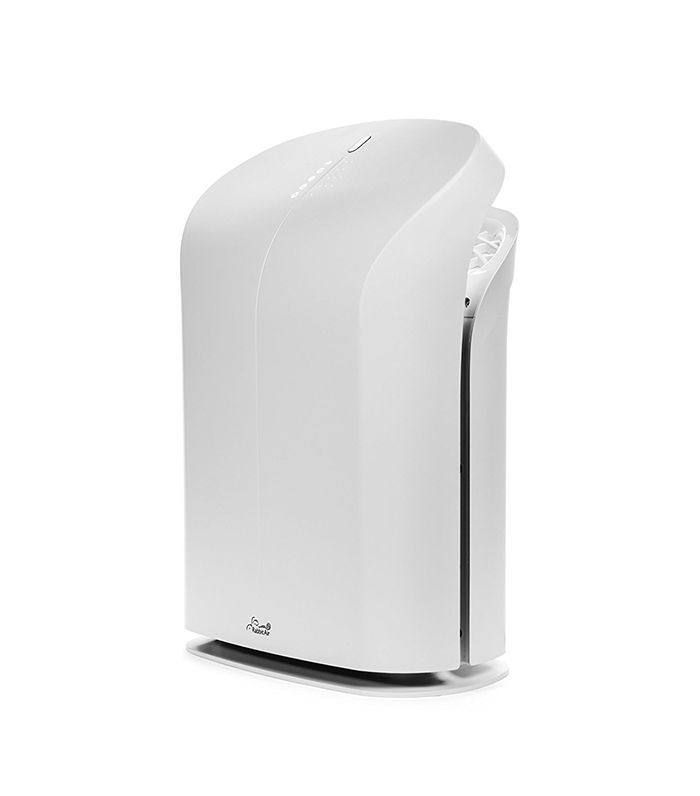 From the People: Of 199 reviews on Amazon, 90% are over four stars. JB writes that it's the "best air cleaner I've ever used. A little pricey but well worth it. Like another reviewer said, the dog walked by and it turned on by itself. The customer service with this company is beyond comparison with any I've done business with, and go above and beyond to assist with any issue you have."

Another customer writes, "I bought this because I live in NYC with an infant and lately I noticed a lot of dust and dirt in my apartment. It's super sleek looking, unlike a lot of the other purifiers I researched. You can put it on an auto setting and the fan adjusts as needed but it is extremely quiet. I also bought this to reduce cooking odors, it works great at that as well."

Who Should Get It: This device filters the air twice in an hour and can purify a space that's up to 550 square feet. To do so, it uses charcoal-based filters, which last up to three years. It also filters and traps common allergies like dust mites, cedar pollen, and cats dander, plus some germs like influenza A virus, E. coli, Staphylococcus aureus, as well as other bad fumes. 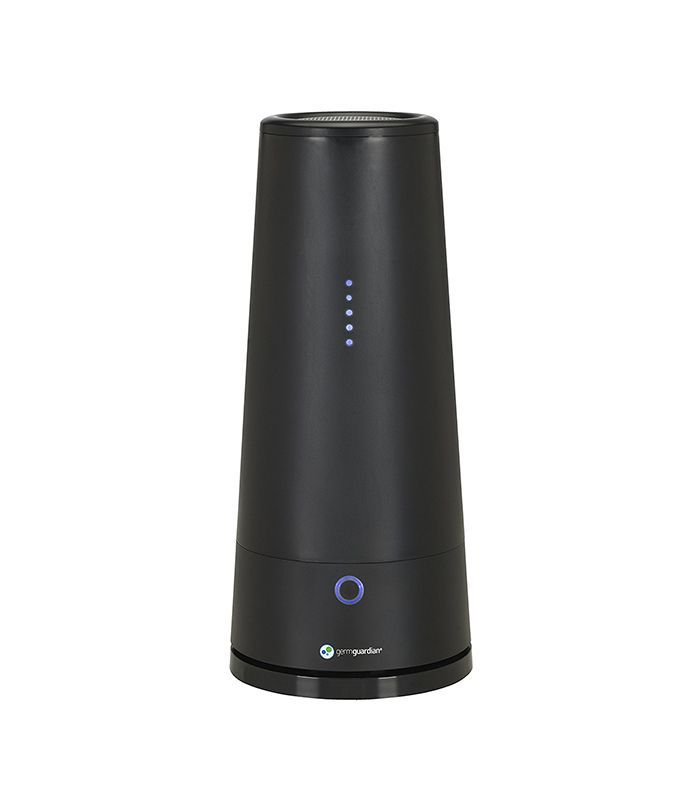 From the People: Of its 23 Amazon reviews, 70% are over four stars. "It clears the air in that room in 10 minutes flat, even faster with the door closed," says one reviewer who dubs herself Farm Chick. Most of the positive reviews praise this purifier for getting rid of pet smells and say that it's easy to carry around multiple rooms in the home if you purchase the smaller version.

Who Should Get It: This is an air purifier, but it also deodorizes your environment, ridding it of lingering, unpleasant smells from cooking, smoke, or pets. It also kills microbial, airborne germs to prevent bacteria and viruses from spreading. This purifier is powered by UV-C light technology so that it kills germs and back odors in a chemical-free manner. 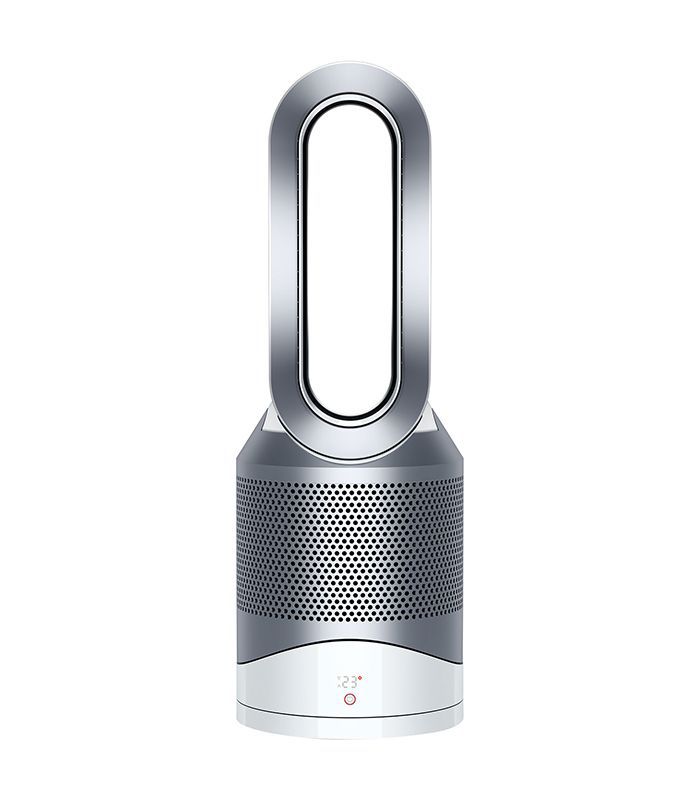 From the People: Of 89 reviews on Amazon, 75% give it above four stars. While most of the reviews are longer-winded messages of endorsement, one reviewer, Amy, says it best: "Greatest fan I have ever owned. All I can say it is wonderful and works great." One happy (and clever) shopper called Jeffery writes that "this thing blows … hot, cold, and pure," describing it as a "great transaction." He says, "The mobile app is a cool feature as it tells you the 'quality' of the air it's filtering, as well as, humidity and temperature."

Who Should Get It: This Dyson air purifier has everything you'd need for a comfortable airflow and temperature all in one compact place. It's certified asthma and allergy friendly, plus it has a sleep timer with a built-in humidifier as well as a cooling and heating system so you won't have to switch out your devices as the seasons change (and your allergies kick in) throughout the year. If you want more than just an air purifier, it's worth the price. 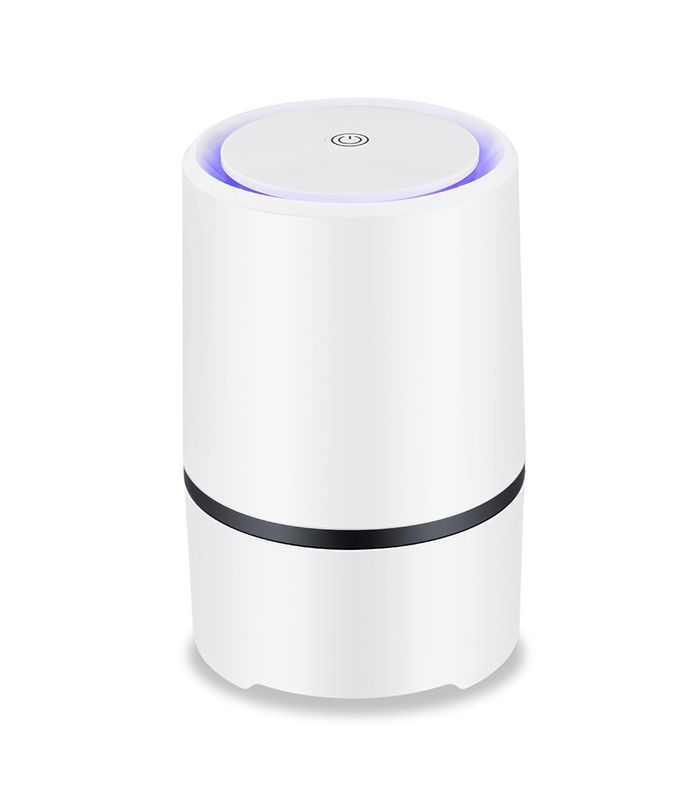 From the People: Of its 67 Amazon reviews, 72% rate it four stars or above. Jasmine writes that "a small bathroom that reeked of cigarettes from the vent. I only turn it on when I start to smell the smoke. For the most part, it works great, has a sleep timer that will shut off after 8 hours." Another perk that people rave about is that it comes fully assembled straight from the bow, so there's very little heavy lifting on your end.

Who Should Get It: This portable air filter is small enough to put on a table, so it's a great option in tiny rooms, the car, or your office space. The filter captures allergens like pet dander, dust mites, pollen, formaldehyde, smoke, and bacteria.

Up Next: I Just Started Getting Eczema on My Face—These 5 Products Have Saved Me