There is something inspiring about visiting the oldest cities in the United States. The period architecture, rich history, and cobblestoned streets all contribute to making us feel like we've landed in another era. Boston is one of those cities. The crisp ocean air brought in from the Atlantic, the nautical influences of yesteryear, and the Federal-style brick homes that line the streets give us a sense of what it was like to live in New England decades ago.

But Boston is much more than just a city rich with history. Its food culture is vibrant, its art scene is thriving, and its campuses are quaint and serene. Is a trip to Boston in your future? Start packing your cobblestone-friendly shoes. These are the best areas to stay in Boston (and the best hotels to book in each).

What better reason to visit Boston than to go see the Red Sox play at famous Fenway Park? If your Boston getaway includes a baseball game, stay in Fenway-Kenmore, known for its buzzy restaurants, sports bars, and clubs. You'll find many of them lining Lansdowne Street, a well-traversed thoroughfare that hugs the north end of the baseball stadium. Grabbing a bite and brew is likely to put you in the company of Red Sox fans and undergrads alike—that's because Fenway-Kenmore is home to more than 10 institutions of higher learning (and thusly, more than 100,000 students).

Not into the bar scene? You'll also find the Museum of Fine Arts, Isabella Stewart Gardener Museum, and Symphony Hall within this neighborhood. Pro tip: Don't pass up a visit to the Frederick Law Olmsted-designed Back Bay Fens, one of several urban parks that contribute to Boston's 1,110-acre network of green spaces—better known as the Emerald Necklace.

Stay: At the Verb. This hip music-inspired hotel attracts a bustling crowd of locals and tourists. The colorful design is youthful and vibrant, and bonus—there's a pool in the inner courtyard that's open in summer months. 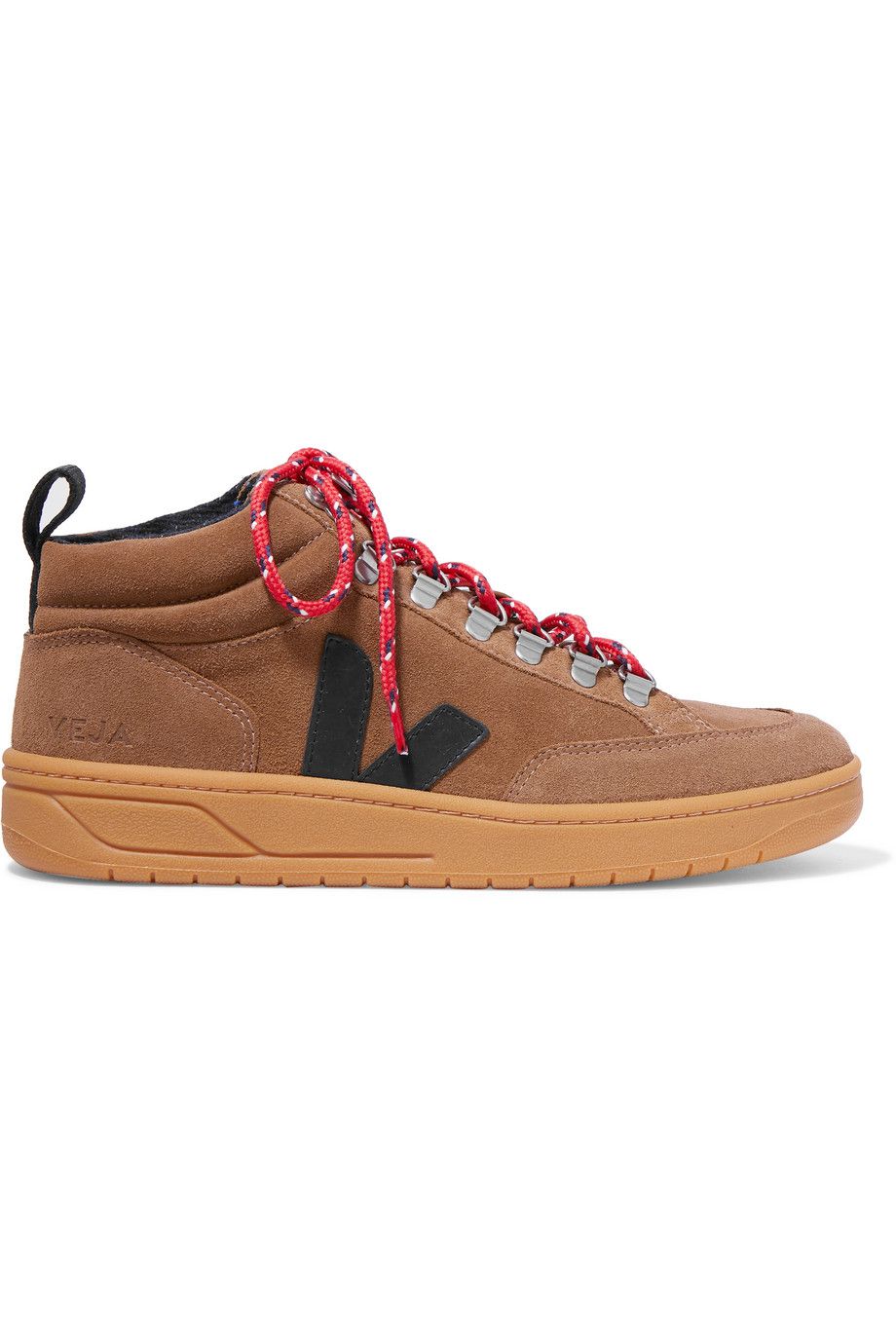 Boston's prettiest enclave hands down, Beacon Hill is famous for its oft-ivy-cloaked Federal and Greek Revival architecture, antique gaslit lanterns, and high real estate prices—particularly in the tony Louisburg Square section. Just a stone's throw away from Louisburg Square is the picture-perfect Acorn Street, where tourists and locals alike flock to snap a selfie amid the cobblestone alleyway's charming brick rowhouses and vintage street lamps.

Beyond Beacon Hill's photo ops, the historic neighborhood is known as the home of the golden-domed Massachusetts State House, which was built in the 18th century and hosts the state's government. History buffs should also make a plan to explore Boston's Freedom Trail, a 2.5-mile-long marked path that passes by 16 locations of historical significance. The trail starts at the 50-acre Boston Common, the country's oldest public park and a much-loved gathering space among Beacon Hill locals. Cap off your visit with a stroll down Charles Street, which is synonymous with boutique shopping and quaint cafes.

Stay: At Nine Zero, a Kimpton hotel. Located on the edge of Beacon Hill, it's central to most downtown Boston areas. The hotel's clean midcentury vibes will make you feel like you've stepped back in time. 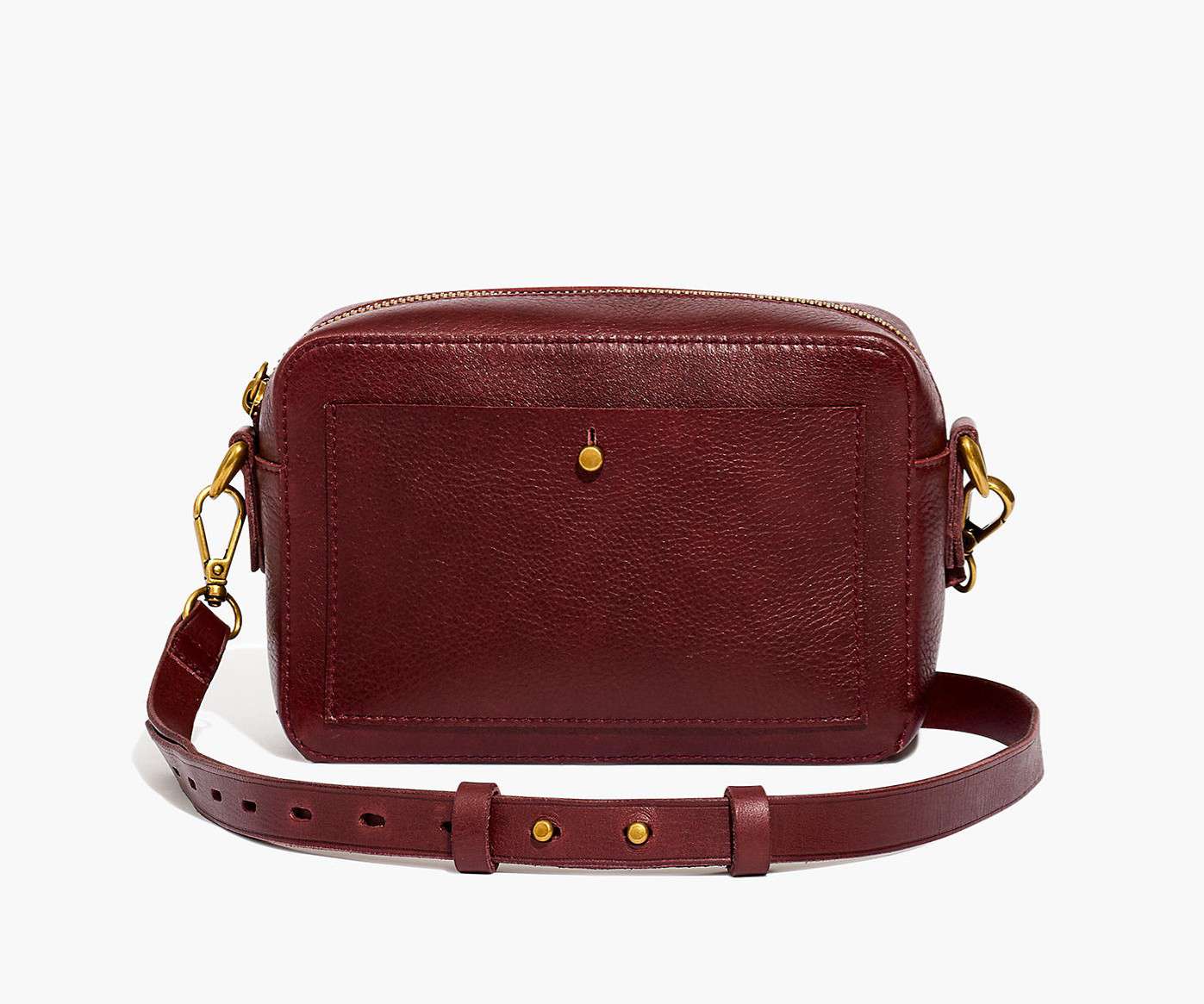 This relatively new bustling neighborhood in South Boston is nestled between Boston's waterfront and the historic Fort Point district. The area is filled with young creatives, artists, and entrepreneurs, giving way to bustling restaurants, bars, and shopping—many of which boast stunning views of Boston Harbor. Rooftop bars promise scenic vistas (and killer seafood), while the Boston Harborwalk—a nearly 40-mile public waterfront walkway—guides pedestrians past places of interest, including the Boston Children's Museum, the Institute of Contemporary Art, and the Boston Tea Party Ships & Museum.

Visiting Seaport during the summer? Be sure to pencil in a concert at the Rockland Trust Bank Pavilion (an open-air waterfront amphitheater), then swing by The Lawn on D, a 2.7-acre outdoor event space that hosts lawn games, live performances, and more during the warmer months. Hail a water taxi (board at the World Trade Center) for a quick, zero-traffic zip to Boston's other neighborhoods.

Stay: At The Envoy, a modern hotel overlooking the harbor with unobstructed waterfront views. Have a drink at the rooftop bar, sink in the views, and enjoy the nautical flair. 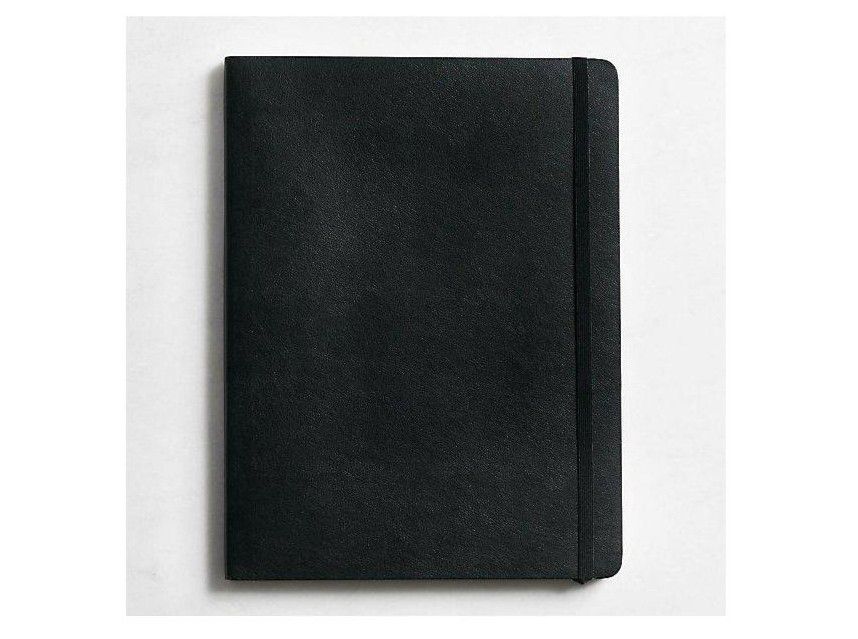 The North End, otherwise known as Boston's Little Italy, is heralded for its history and culture. In fact, it's known as the city's oldest residential community, as it was settled in the early 17th century by English Puritans. Although small (the neighborhood measures in at just 0.36 square miles), it's rich in history: the streets are lined with some of the city's most storied landmarks, like the Paul Revere House (1680), Old North Church (1723), Copp’s Hill Burying Ground (1659), Faneuil Hall (1742), and many more sites and buildings traversed by the Freedom Trail.

History aside, the North End draws a crowd due to the various coffeehouses, pastry shops, and old-school delis that are quintessential to the area. They're primarily concentrated along Hanover and Salem streets—or you could follow the earthy, sweet aromas of freshly baked bread, sweets, coffee, and pasta to their source. If your visit coincides with the summer months, keep an eye out for the many feasts and festivals that bring a bona fide smorgasbord to the neighborhood's cobblestone streets.

Stay: At The Boxer, at the intersection of the North End and Beacon Hill. Located in the historic triangular Flatiron building, it's since been renovated with a midcentury-meets-industrial flair. 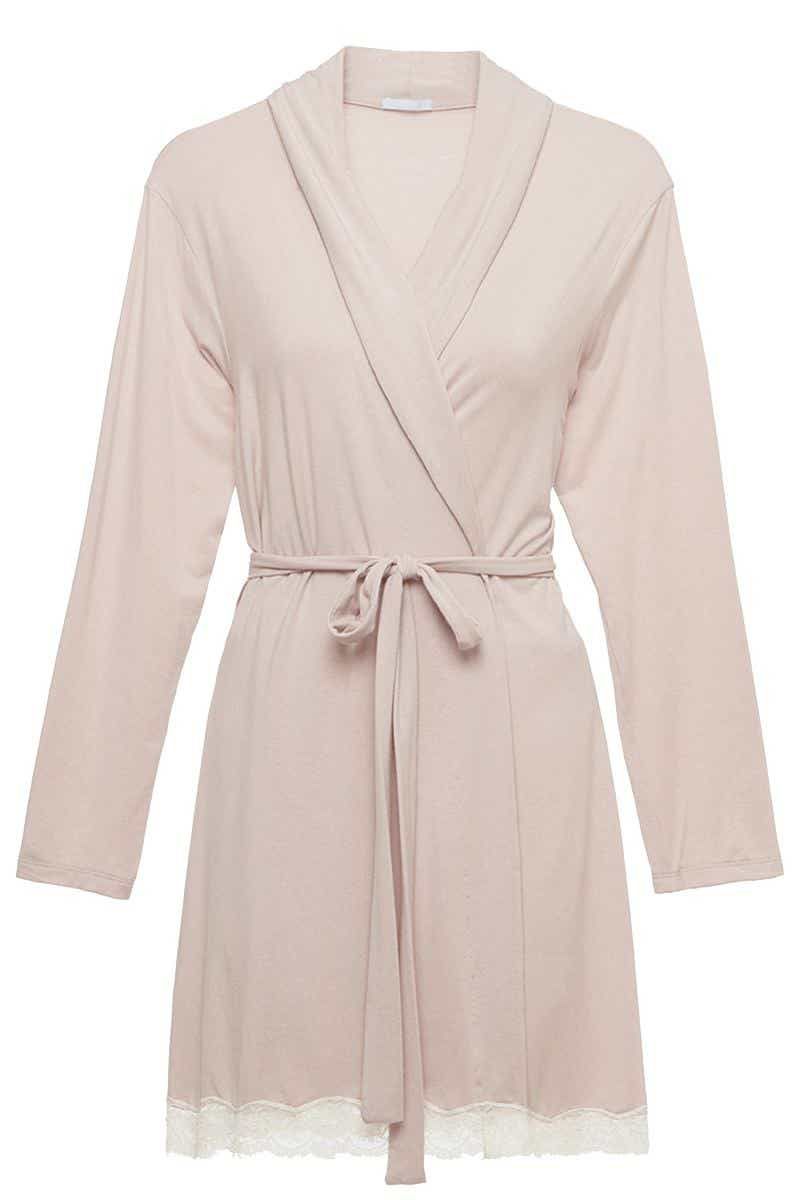 If you're in Boston for work, chances are you'll want to be around the Financial District—after all, it's considered the city's business hub; expect to find corporate offices, skyscrapers, banks, law firms, and the like lining the area's crooked streets. Between the hours of 9 a.m. to 5 p.m., the area teems with suit-clad men and women rushing between important meetings, but once the workday is done, the hustle and bustle is replaced with stillness, save for professionals heading to meet colleagues for happy hour drinks.

This isn't to suggest that the Financial District is devoid of culture. To the contrary, the area is home to the 18th-century Old South Meeting House (where the Boston Tea Party was organized), Bell-in-Hand (the oldest tavern in America), Norman B. Leventhal Park (a scenic urban green space), and is mere steps from the New England Aquarium. And because the area is centrally located near Downtown Crossing and the West End, it's a convenient starting-off point to everything else Boston has to offer.

Stay at: The Langham, one of Boston's most luxurious hotels. Treat yourself in this landmark property in the former Federal Reserve Bank. The classic charm and unabashed luxury will make you feel pampered. 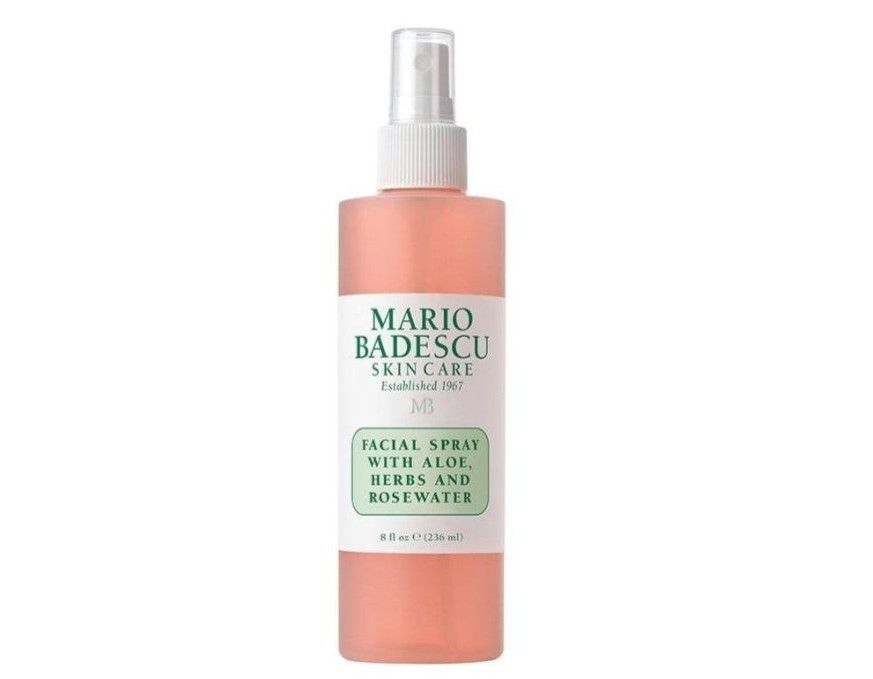 Sandwiched between the Beacon Hill and Fenway–Kenmore neighborhoods and bordered by the Charles River to the north, this swampland-turned-elite enclave is home to some of the city's most expensive real estate. Designer boutiques and upscale cafes have followed suit, lending an air of polish to Back Bay's distinctive European vibe (the neighborhood's original plans were heavily influenced by the grand thoroughfares and architecture of mid-19th-century Paris).

Said retailers and restos are primarily clustered within the Back Bay's four major shopping strips and centers: Prudential Center, Copley Place, Boylston Street, and Newbury Street. The latter street is arguably the neighborhood's most renowned, not only for its unique array of indie shops, quirky art galleries, and see-and-be-seen sidewalk cafes, but also for the chic ambiance that permeates the strip's eight tree-lined blocks.

A healthy dose of history and culture can be found in the Back Bay, too. The Boston Public Library and Old South Church are within the neighborhood's borders, along with countless examples of Victorian architecture. Marvel at it all, then end your day with a picnic or some people-watching at the Charles River Esplanade.

Stay at: Fairmont Copley Plaza, a landmark luxury hotel dating back to 1912. Situated in the heart of Bay Back, staying here puts you within easy reach of the neighborhood's attractions. The 3,000-square-foot rooftop gym and on-site farm-to-table restaurant (Oak Long Bar + Kitchen) sweeten the deal. 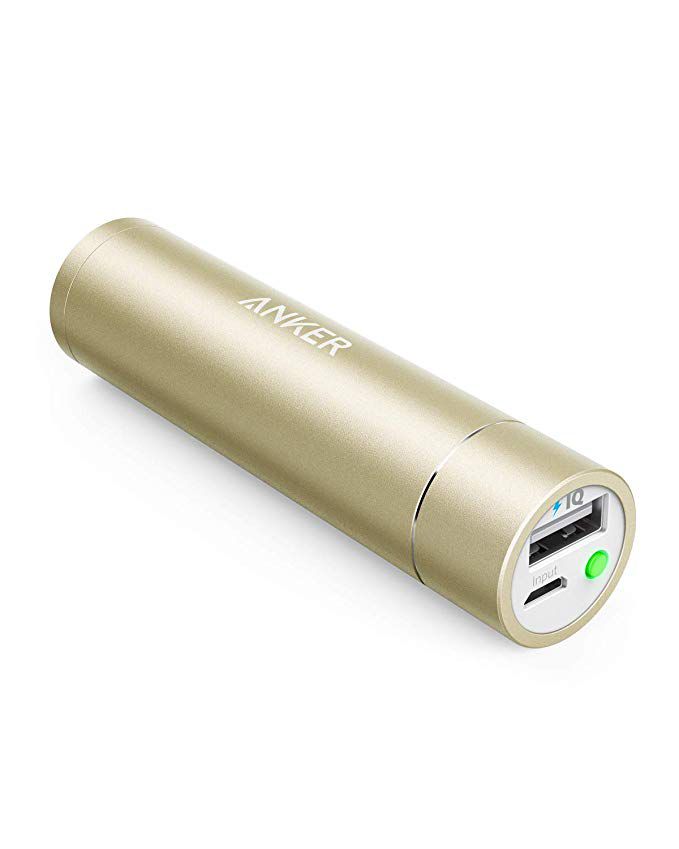 Areas in Boston to Avoid

If you're visiting Boston, there are a handful of neighborhoods worth avoiding, whether due to higher crime rates or an obscure location that's not easily accessed by the Massachusetts Bay Transportation Authority (MBTA), Boston's mass transit system—more specifically, the T (subway). But remember that crime has no address, so you should be aware of your surroundings no matter where your travels take you, especially during the late evening hours.

Here's a shortlist of Boston neighborhoods to avoid:

Next up: The best things to do in Boston this weekend.