The Best Biographies to Read When You Need a Little Inspiration

Along with the lazy days of summer come plenty of opportunities to finally dig into your reading list. When you've grown tired of light beach reads and begin to crave something with bit more substance, reach for a biography on some of history's most fascinating figures. Learning about the lives of influential people in every field and time period will give you an opportunity to reflect on your own life and find that inspiration you might be looking for.

Take a peek into the world of leaders like Abraham Lincoln, Winston Churchill, and Alexander Hamilton; understand the genius of Steve Jobs, Elon Musk, and John D. Rockefeller; and get caught up in the royal worlds of Marie Antoinette and Queen Elizabeth II. Here are 15 of the best biographies to read this summer, no matter what kind of inspiration you're seeking.

The Immortal Life of Henrietta Lacks by Rebecca Skloot 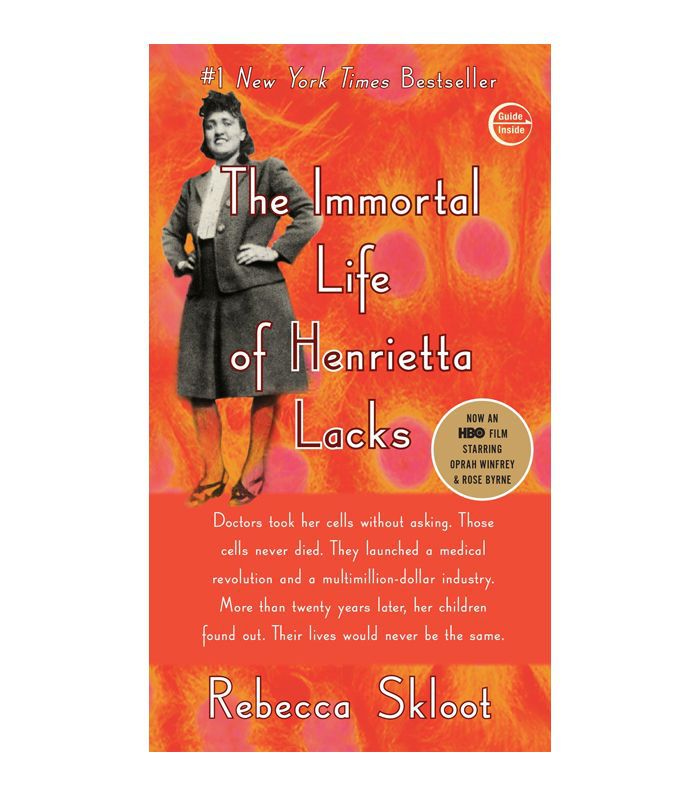 Adapted into a film starring Oprah Winfrey in 2017, this biography tells the story of Henrietta Lacks, a poor woman whose cells were taken without her knowledge in the '50s. While her cells became instrumental in the development of medical advancements like the polio vaccine and gene mapping, Lacks remained unknown while the family she left behind struggled to pay the bills. The story follow's Lacks's daughter as she tracks down answers about the mother she never knew.

The Reviews: "It still amazes me that this is a woman's real life story… It will really change your perspective and make you appreciate this woman's contribution to our scientific and health fields," one Amazon review reads. 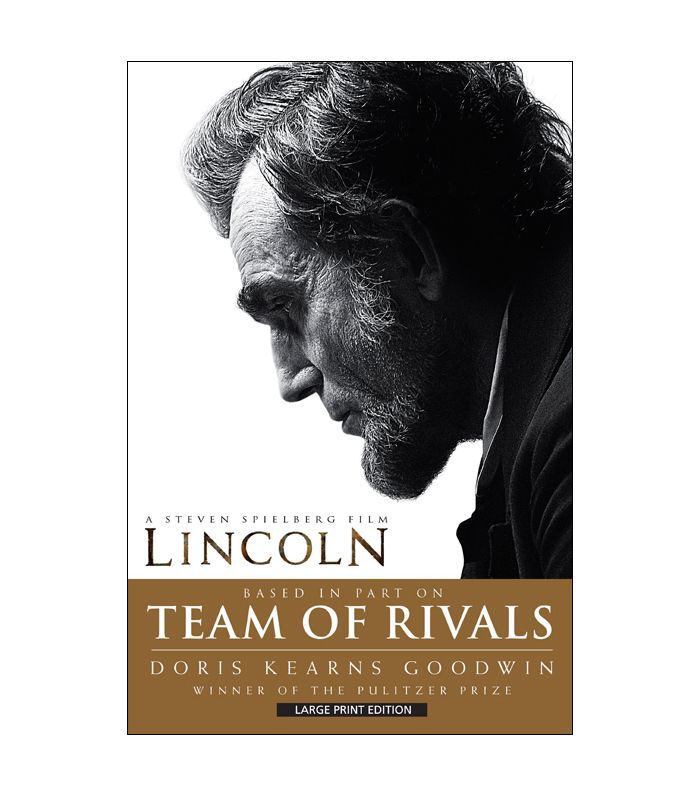 For anyone hoping to make lasting change in the world, this is the biography you need to feel inspired and invigorated. It's a portrait of Abraham Lincoln's unending leadership and political strength during one of America's most difficult periods. If you have an interest in politics or leadership, this biography belongs on your reading list.

The Reviews: "A must read for anyone who aspires to make an impact in the world and leave a legacy," an Amazon reader writes. 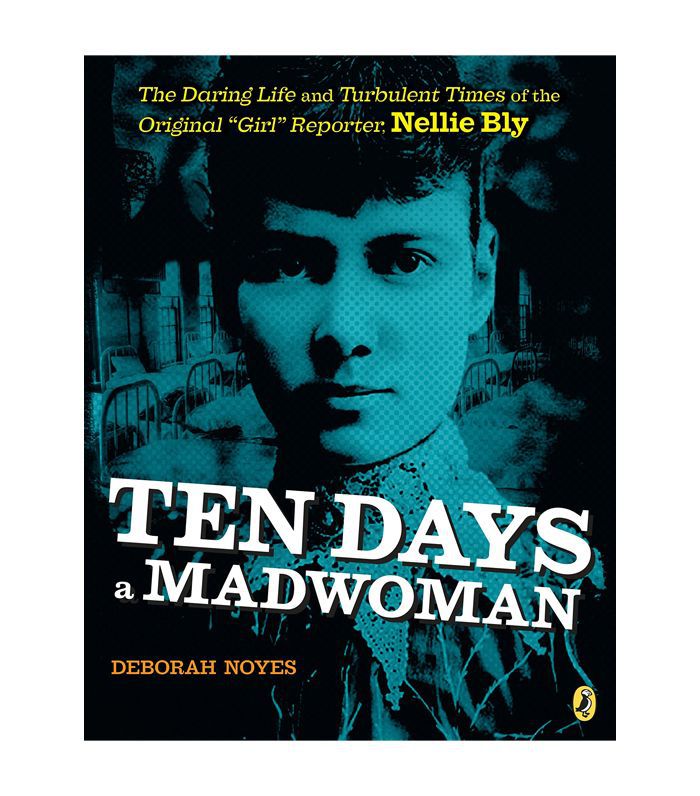 Ten Days a Madwoman tells the story of Nellie Bly, an ambitious journalist during the late 1800s when women scarcely wrote about anything other than fashion. Rather than stick to the status quo, Bly went deep undercover at a mental institution in order to expose the mistreatment of patients there. Learn how she faked insanity, was committed to an infamous asylum on Blackwell's Island, and uncovered shocking accounts of human rights abuse and political corruption.

The Reviews: "Bly's story is an important one to know, especially for young women, not only for all that she accomplished in her life, but for the pathways she opened for women as a result of her accomplishments," reads one Amazon review. 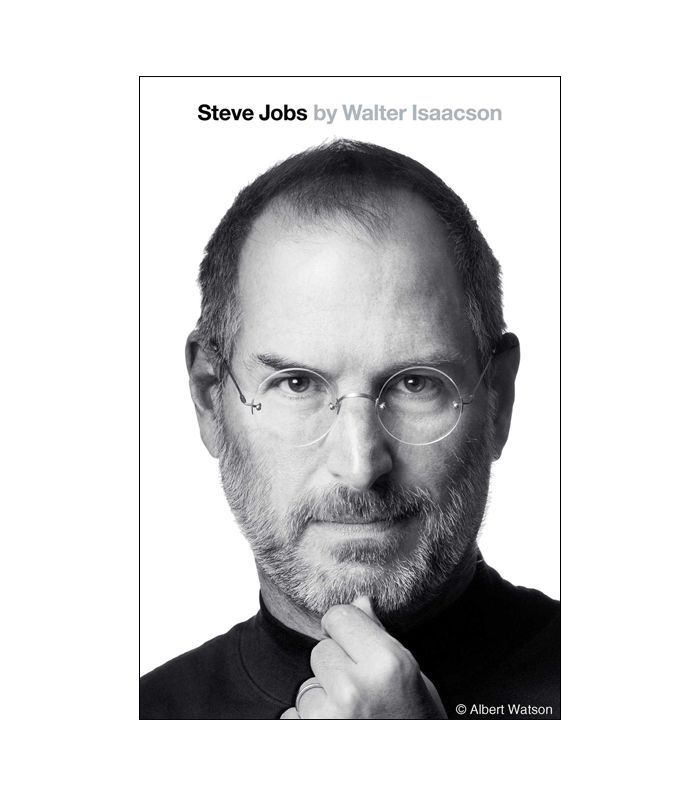 A portrait of one of the most influential creators of the 21st century, this biography of Steve Jobs depicts his life and passion based on a serious of intensive interviews with Jobs himself as well as his friends and family. Understand the man who defined the digital era as we know it. You'll learn how he revolutionized multiple industries from computers and phones to music and digital publishing. It's a powerful read for entrepreneurs and inventors alike.

The Reviews: "I really loved this book, it was emotional, it made you feel that you knew the man, and it was not full of praise, but seemed to be a real look into his life," one reader says. 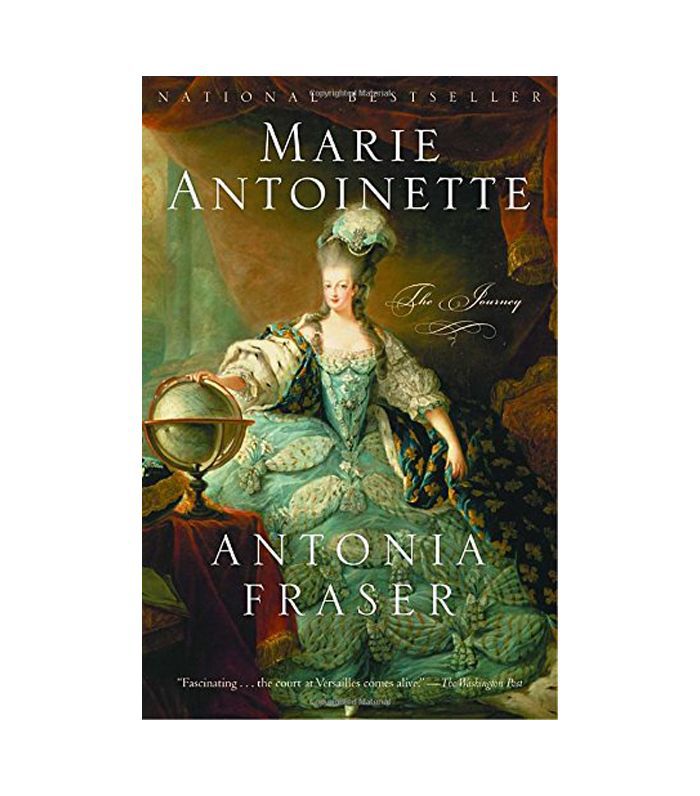 A national best seller, this story reveals the woman behind the legendary figure who never actually said, "Let them eat cake." While you might have seen Kirsten Dunst take on the persona of the iconic historical figure in the 2006 movie, this biography is worth a read. Author Antonia Fraser portrays Antoinette's story as the coming-of-age tale of a woman put in a remarkable position by pure circumstance.

The Reviews: "Brilliantly researched history that avoids the myths and hyperbole to create an in depth portrait of a woman who was very much a woman and a symbol, and ultimately [a] scapegoat, for the times she lived in and the royal society that bred her," an Amazon review reads.

The Kid Stays in the Picture by Robert Evans 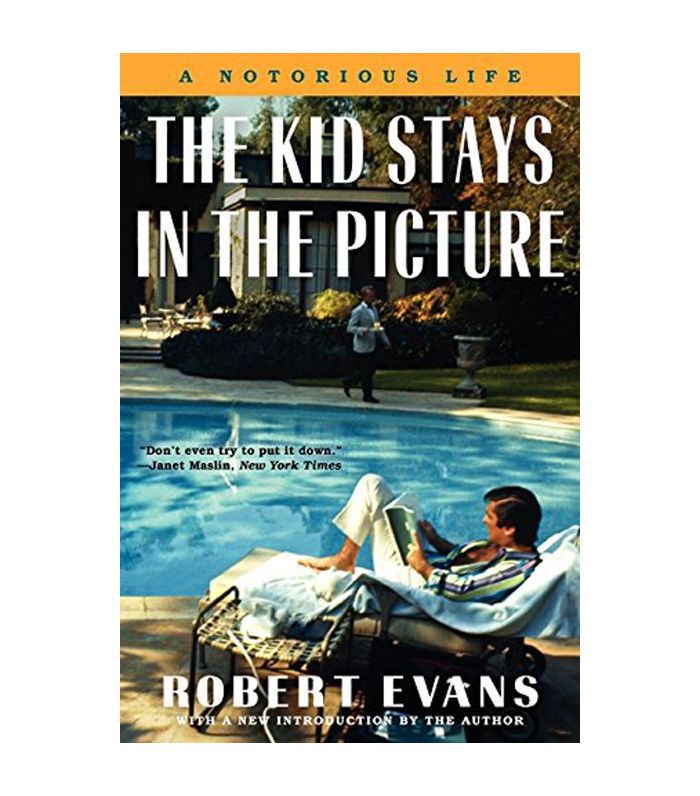 Robert Evans The Kid Stays in the Picture $10
Shop

Cinephiles and Old Hollywood fanatics, put this book on your radar. Widely regarded as one of the best biographies about show business, actor, producer, and studio chief Robert Evans tells a story of the golden age of film. The book depicts the likes of Ava Gardner and Marlon Brando, offering an insider look at the lives of Hollywood's elite.

The Reviews: "As a lifelong reader of biography and autobiography, especially about the film industry, I would rate this one of the best. Funny, witty, well written, unbelievable at times, a veritable wild ride," a reader writes. 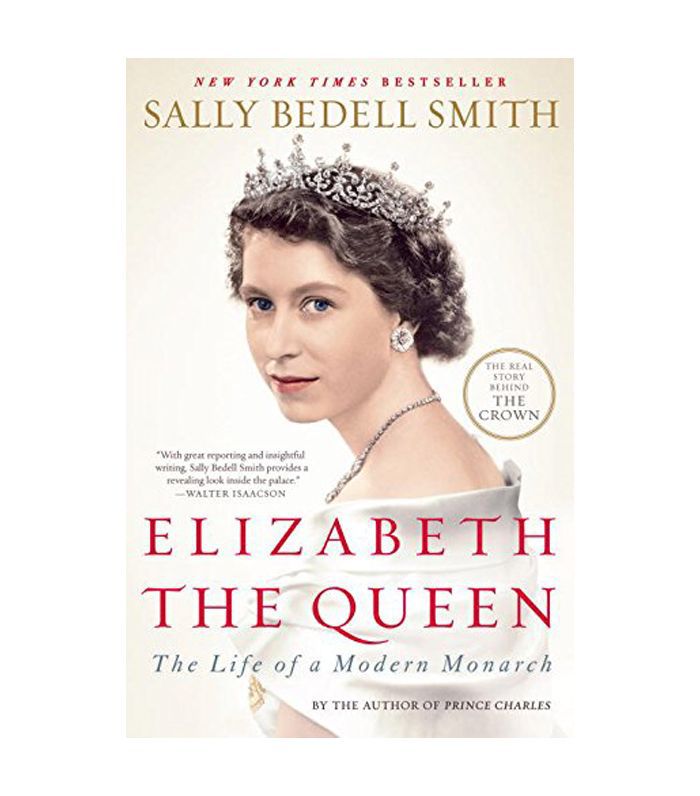 Unless you've been living under a rock, you've likely got caught up in the world of royal family. In between binge-watching The Crown and dissecting every last thing Meghan Markle does, it's easy to become fascinated by this world. Take your royal research one step further and read Sally Bedell Smith's intimate biography of Queen Elizabeth II. She took the throne at the tender age of 25 and is now the world's longest-serving monarch. Find out what her extraordinary life was really like.

The Reviews: "I have learned to admire her from reading this… As I lounge in my bathrobe, I wonder how many times this lady has that chance. I doubt that there are many," an Amazon user writes. 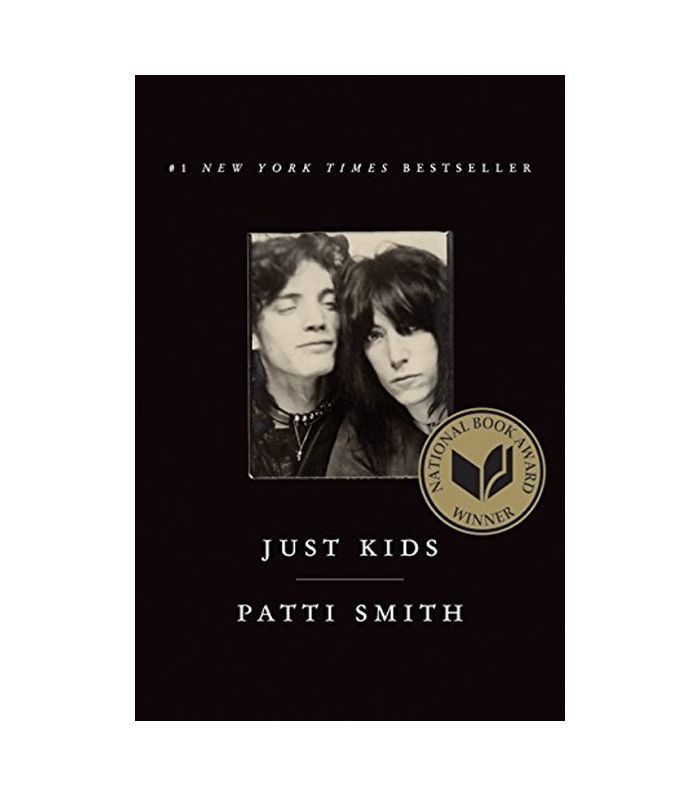 Artist Patti Smith strings together a moving tale of her relationship with photographer Robert Mapplethorpe and New York City in the late '60s and early '70s. A National Book Award winner and New York Times best seller, this book is worth the read, especially for those who admired the work of these iconic fringe artists and anyone who appreciates a realistic love story.

The Reviews: "They lived in the time and place of Jimi, Janis, and Andy Warhol. Just Kids, literally starving. It was a great adventure," says one reader. 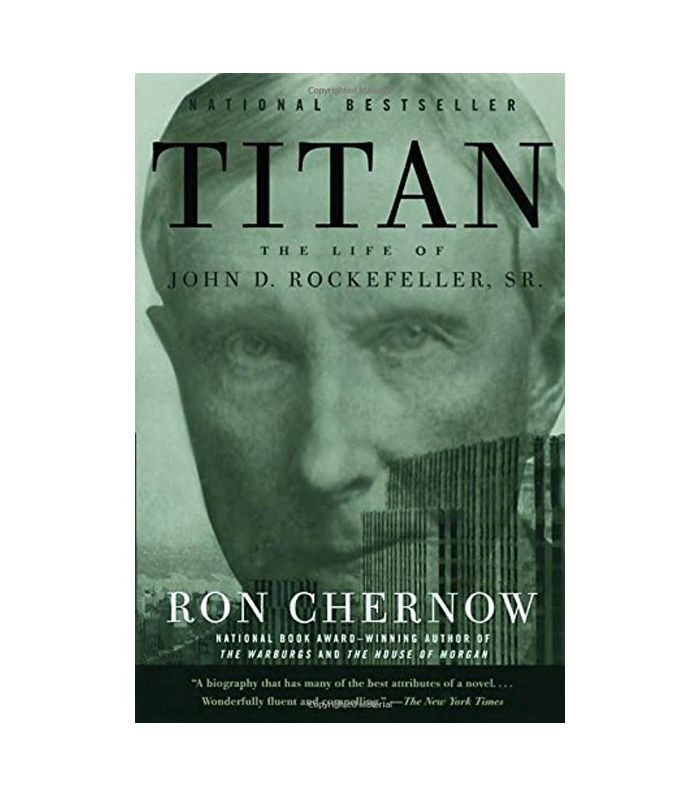 Budding economists and entrepreneurs, add this biography to your reading list. The tale of capitalist icon John D. Rockefeller, this book reveals the life of original titan of industry. It's a story of the pursuit of wealth and American capitalism in an age when industry was booming.

The Reviews: "Mr. Chernow points out so well that there is both a good and bad John D. Rockefeller who had so much to do with the creation of an Industrial American Economy in the Post Civil War Era," an Amazon user writes. 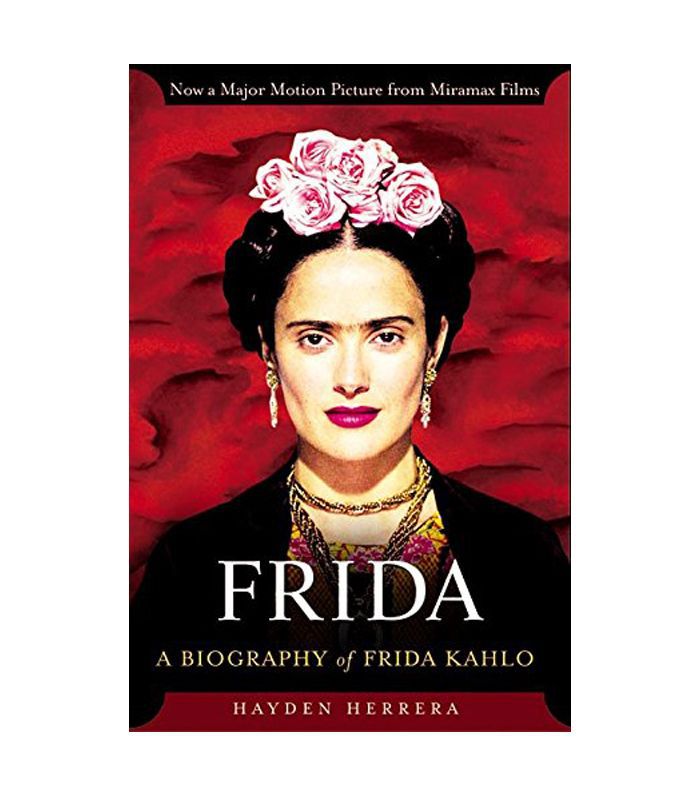 One of the most well-known female painters in history, Frida Kahlo is the center of this biography written by Hayden Herrera. The book describes her fascinating life, from her sensual artwork to her marriage with muralist Diego Rivera and her Mexican culture. It's an informative and intriguing read for anyone who admires the painter.

The Reviews: "Frida Kahlo captured my heart and commanded my respect with her bravery and intelligence. You get the sense Hayden Herrera has her finger on Frida Kahlo's pulse," according to one Amazon user. 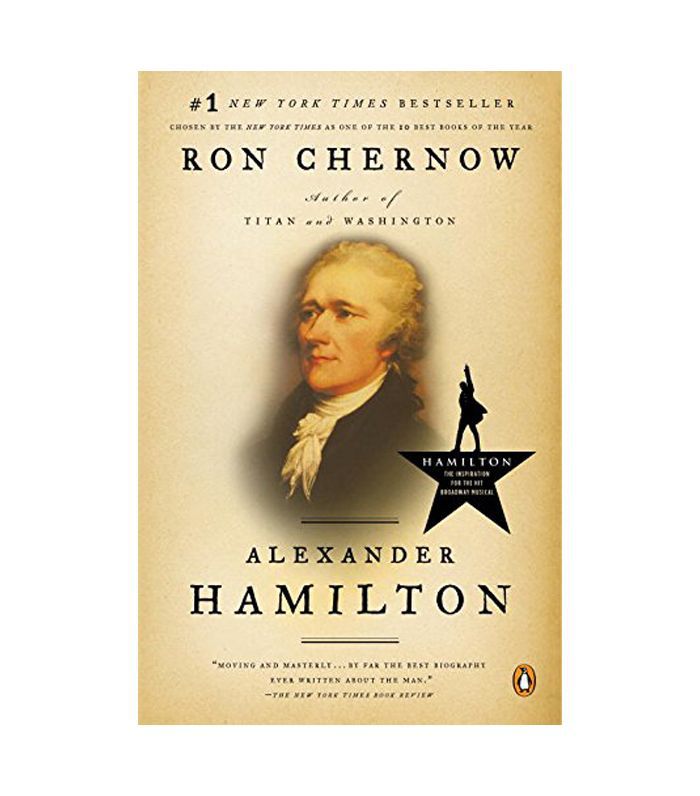 The book that inspired the hit Broadway show Hamilton, this read is a must for anyone who's become particularly enamored by the founding father since seeing the musical. It provides an in-depth look at Alexander Hamilton's life and role in American history.

The Reviews: "All the hype that you have heard about this book is true. It is an outstanding biography," reads one Amazon review. 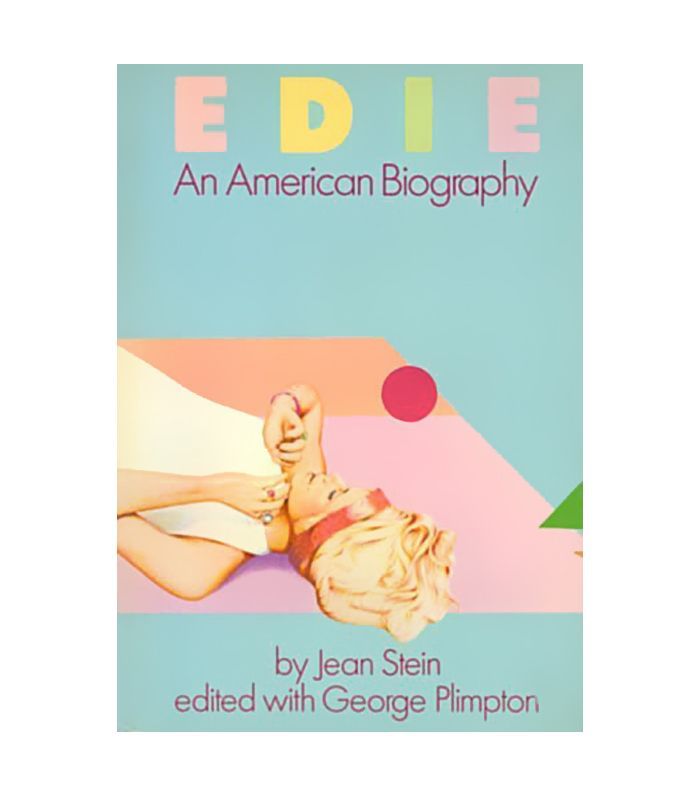 The story of Edie Sedgwick, an actress and model best known for her association with Andy Warhol, this biography gives you a look into her glamorous but troublesome world. It paints a picture of life in the '60s tied up with the tragedy of Sedgwick's complicated life.

The Reviews: "I really loved how this book told her life from every angle. It covers the few generations of Sedgewick's before her own, giving you a picture of how privileged and proper a family she came from," one Amazon user writes. 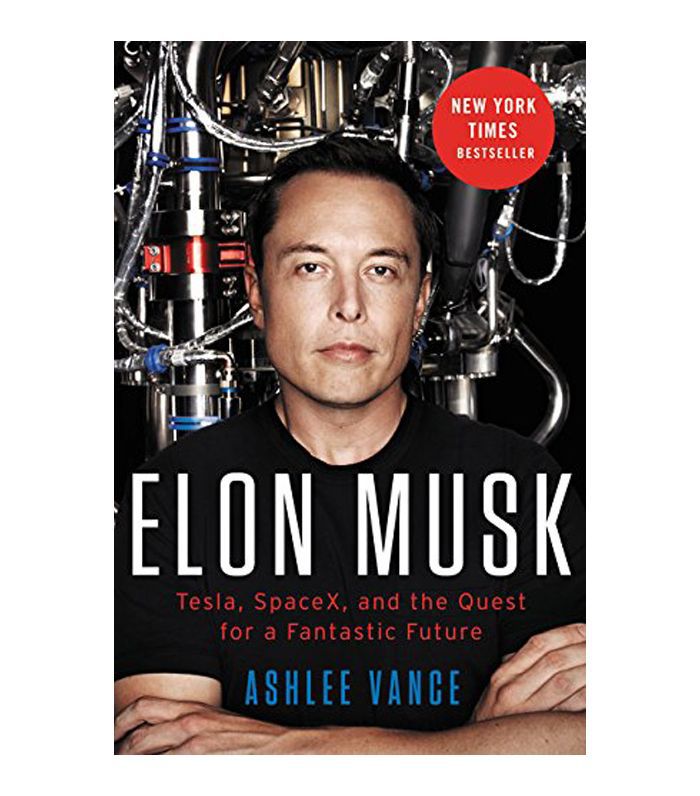 These days it's difficult to read the news without hearing something about Elon Musk. Between wanting to put people on Mars and revolutionizing the automobile industry, Musk has become a fascinating figure of the tech industry. This biography provides insights into the Silicon Valley entrepreneur's life from his humble beginnings in South Africa to the creation of his most influential companies, including PayPal, Tesla Motors, and SpaceX.

The Reviews: "Whether you're a businessperson, aspiring engineer, scientist, lawyer, doctor, etc., this book has lots of things for you to learn about being successful. It goes in-depth on the stuff you already know about Elon and his companies, and then goes a step further to bring you the wild stories and events that led to what Elon is today," according to one Amazon user. 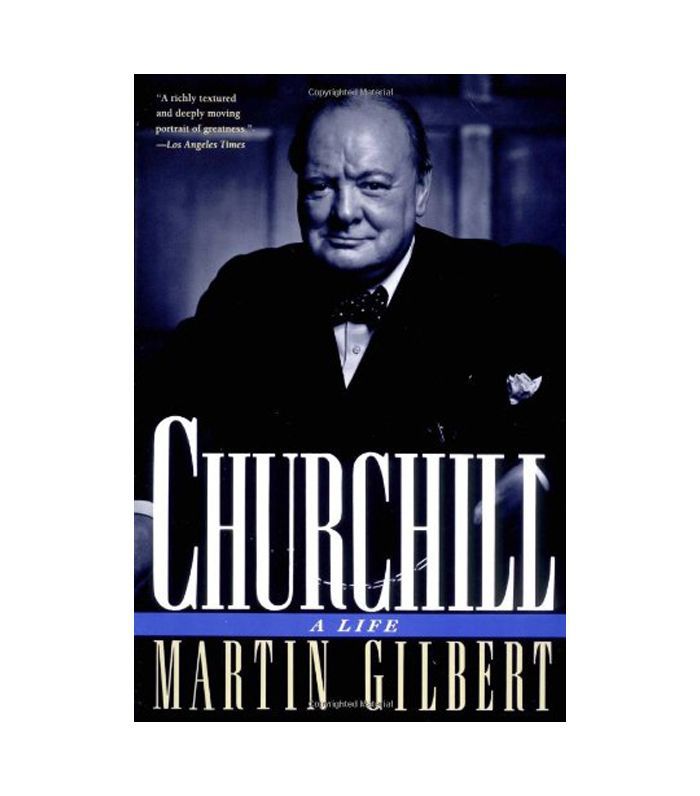 Between depictions in Academy Award–winning movie Darkest Hour and The Crown, Winston Churchill's legacy continues to live on in the public eye, even today. This biography portrays the prime minister's public and private life, providing readers with a complete understanding of one of history's most influential men.

The Reviews: "This book eloquently conjures who Churchill really was, often in his own words and frequently those of his famous contemporaries over 9 decades and more," a reader says. 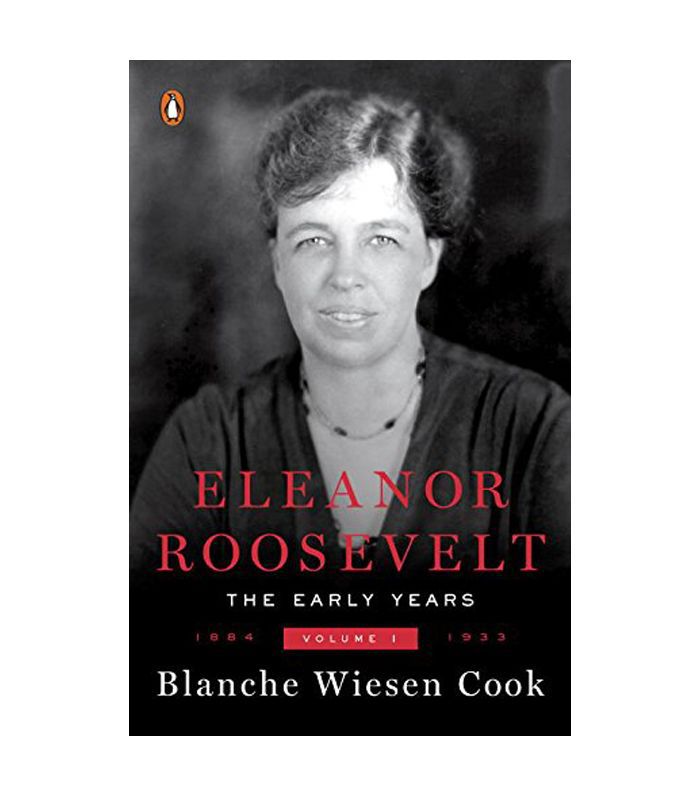 The first installation of two full volumes about Eleanor Roosevelt's exceptional life, this is one of the best biographies you can find. Covering only half of her life, this biography begins with her childhood and includes details about her education and early marriage to Franklin Delano Roosevelt. Be inspired by Roosevelt's perseverance and continuous fight for women's rights.

The Reviews: "The author manages to avoid the stilted, scholarly tone I came to loath [sic] as a history major, and provides instead a highly-readable biography of a complex woman who carved her own role while supporting and advising her husband," writes one Amazon user.

Be sure to add a few of these captivating biographies for your summer reading list for when you need something a little more impactful than your usual beach read.