Hands Down, These Are the Best Documentaries of All Time

Just as we watch romantic period dramas to feed a nostalgic wonder, feel-good comedies for a much-needed laugh, indie flicks to delight our eyes, and the occasional horror movie for a scare at a safe distance, we turn to documentaries to expand our understanding of the world around us. When done well, documentaries are both informative and entertaining, leaving us with more than just quiet contentment.

If you've been wanting to learn more about prevalent issues but don't feel like listening to a podcast or reading a book, then you've come to the right place. Below, we've compiled a roundup of what we think are the best documentaries of all time. Some are heart-rending, some are uplifting, and all offer life-altering lessons that'll ignite you with a drive to act on them.

Scroll through to read about our 19 favorite documentaries and add them to your own viewing queue depending on your interests, design aficionados, history buffs, and social justice mavericks alike. 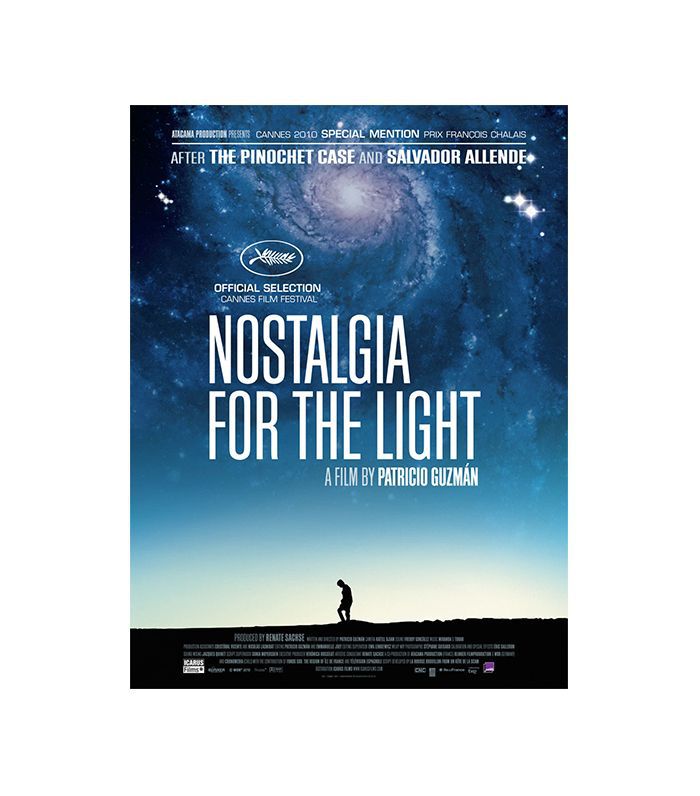 This Chilean documentary is nothing short of moving. With beautiful cinematography, it presents a compelling thematic dichotomy between three groups of people stationed in the Atacama desert on different expeditions: astronomers examining faraway galaxies, archaeologists digging on excavation sites to uncover ruins from ancient civilizations, and the mothers and daughters searching for those they lost to Pinochet's politicide.

Aptly named, this film literalizes the concept of nostalgia, highlighting the vast beauty of the cosmos while zeroing in on the atrocities of the past and the ways in which they maintain a presence. The viewer inherits this sense of awe as well as a wistful longing for something that once was and that can never be again because it was violently cut short. It challenges the audience to wrestle with the impossibility of singularities, or in other words, how one thing is never really just one thing. 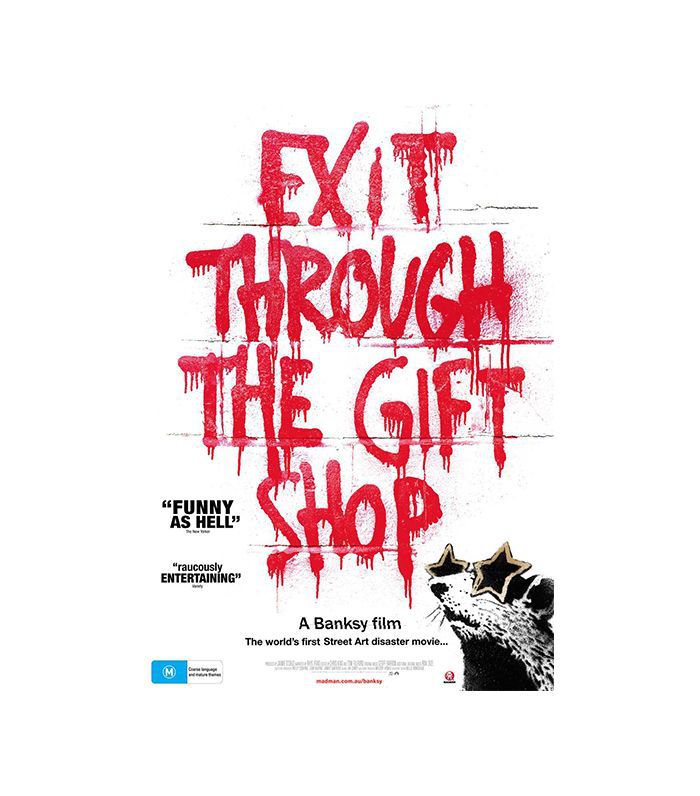 A shopkeeper-turned-filmmaker goes on a quest to identify and befriend legendary anonymous street artist Banksy. Banksy himself ends up creating the documentary, though he only appears on camera a few times as a blacked out figured with a distorted voice so his identity remains protected and unknown to the viewer.

Though it's categorized as a documentary and seems like one, the viewer is encouraged to question the difference between fact and fiction—if there even is one. Banksy takes art out of the high-brow, institutional setting of a museum and into the streets for anyone to access it. He strips away the elitism of art world as well as the notions of attribution and fame and complicates our understanding of clear roles between the artist and consumer, fiction, and reality. 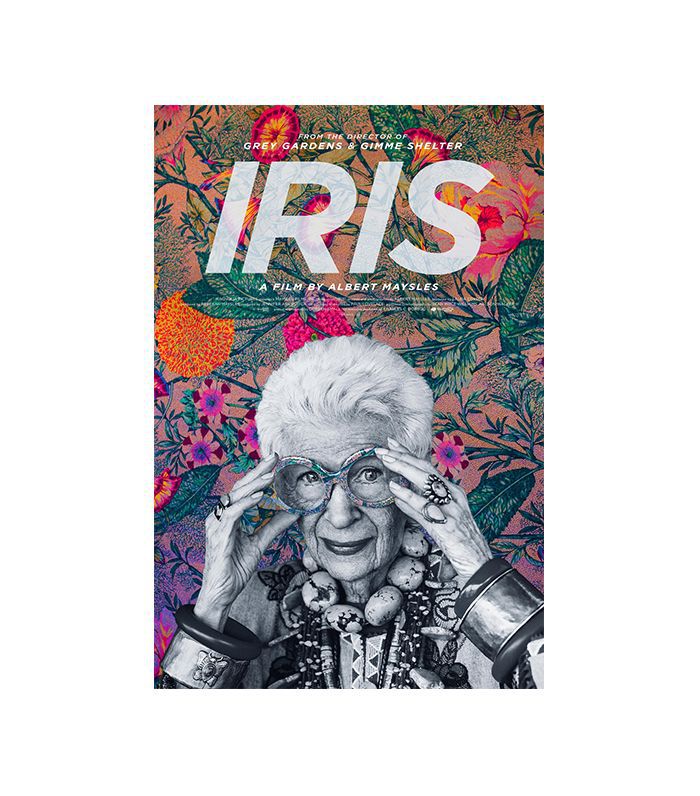 For anyone who loves fashion and style, Iris is an inspiring, upbeat portrait of the self-proclaimed geriatric starlet. Watching this living legend go about her day as she spews quick-witted musing after quick-witted musing is worthwhile for those who love all things design and/or value creativity. She has much to teach us all about aging, expressing our style with grace and integrity, and, more importantly, always keeping a sense of humor. Even Kanye West agrees (you'll see what we mean once you watch the documentary).

The Call to Action 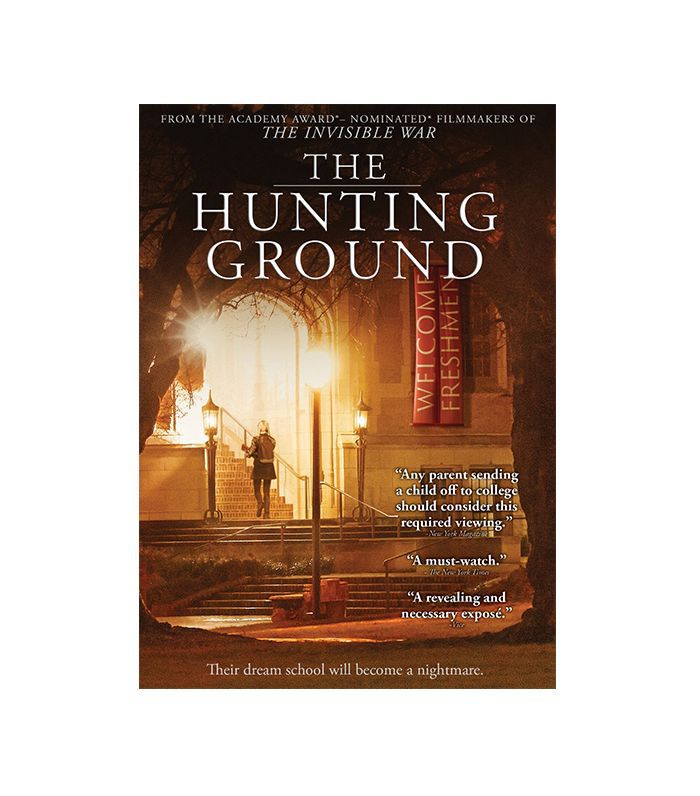 Well known for an earlier investigative documentary about rape in the military, The Invisible War, director Kirby Dick brings us another groundbreaking piece about the epidemic, only this time, the setting is an academic campus. The Hunting Ground presents the prevalent, grim topic in a plain, straightforward manner, letting the audience hear from the survivors and statistics themselves rather than attempting to capture it as entertaining.

While there are are some flawed storytelling devices employed throughout, the survivors' accounts make it thoroughly effective. This documentary takes a look at why rape is so widespread across college campuses, and identifying at least some of those sources is a good starting point for change. In that sense, it's a timely call to action and has even been screened for many policy-makers in Washington. 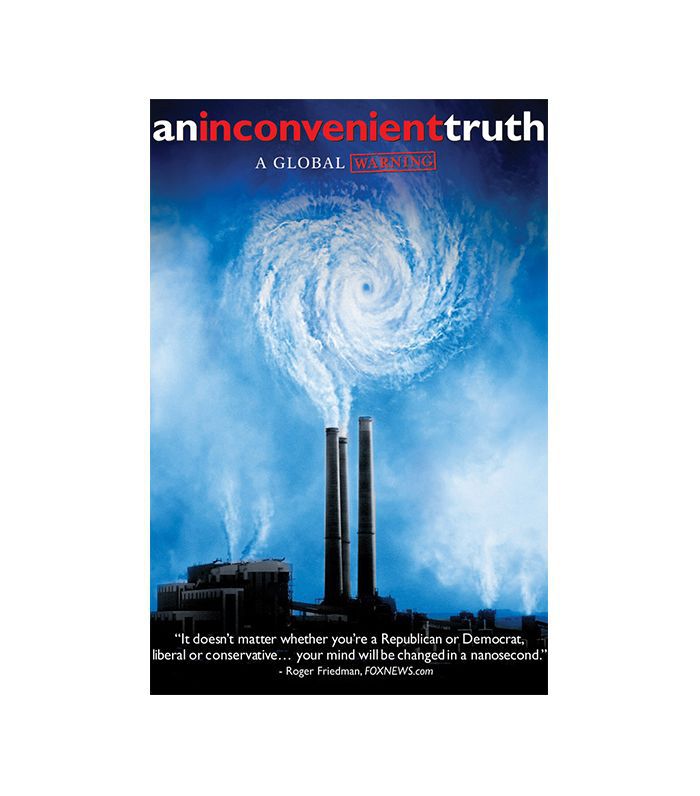 Deemed one of the first films to raise public awareness about global warming, An Inconvenient Truth is a must-see. Viewers will learn about the scientific phenomenon itself as well as the resulting repercussions and what we can do to reverse some of them. In case this wasn't already clear, personal habits, lifestyle choices, political structures, and the health of our environment are all intrinsically linked. 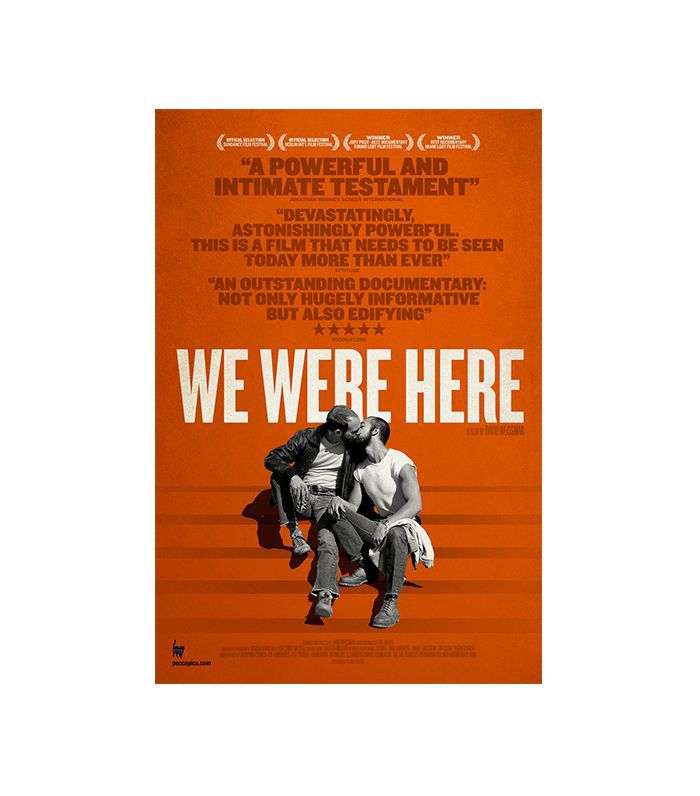 This documentary is a retrospective of the earliest days of the AIDS epidemic in San Francisco and those it impacted. While there have been many productive dramatizations of this period in history, nothing can compare to the personal perspective that We Were Here reveals. Rather than emphasizing the statistics of lost lives, we hear from five people who survived the epidemic, humanizing the disease and those who survived it instead of stigmatizing them. There voices uplift the audience and give us a glimpse of the transcendence of community and love. 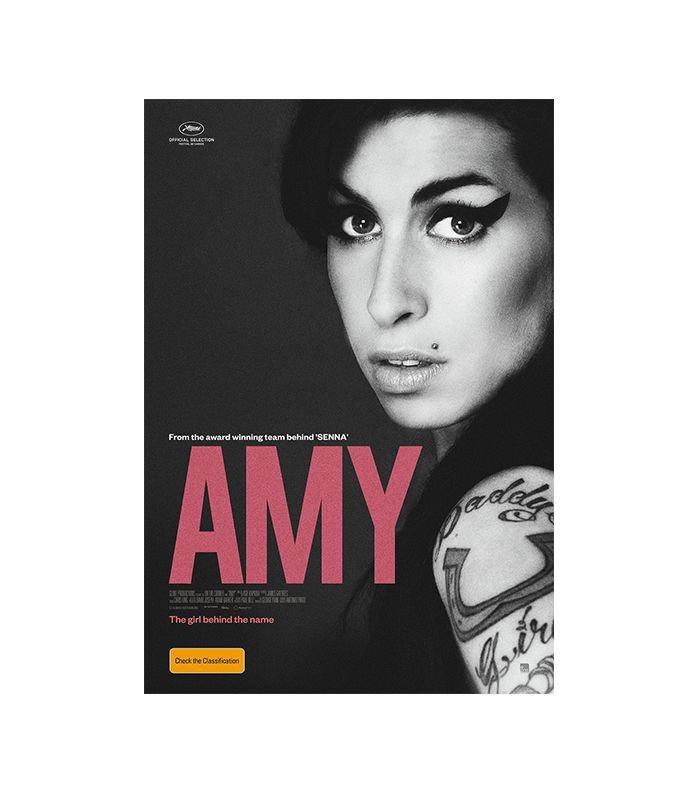 Regardless of whether you're an all-in Amy Winehouse fan or you've never listened to one of her tracks, this behind-the-scenes documentary of the artist's life from childhood to death is both captivating and profoundly disturbing. Amy Winehouse's own lyrics narrate the film (hence the subtitle Written in Her Words). This film makes the audience think about its own role in the culture of consumption; as we tune in to devour her prodigal body of work, we're watching her unravel from addiction as documented in exploitative paparazzi footage. 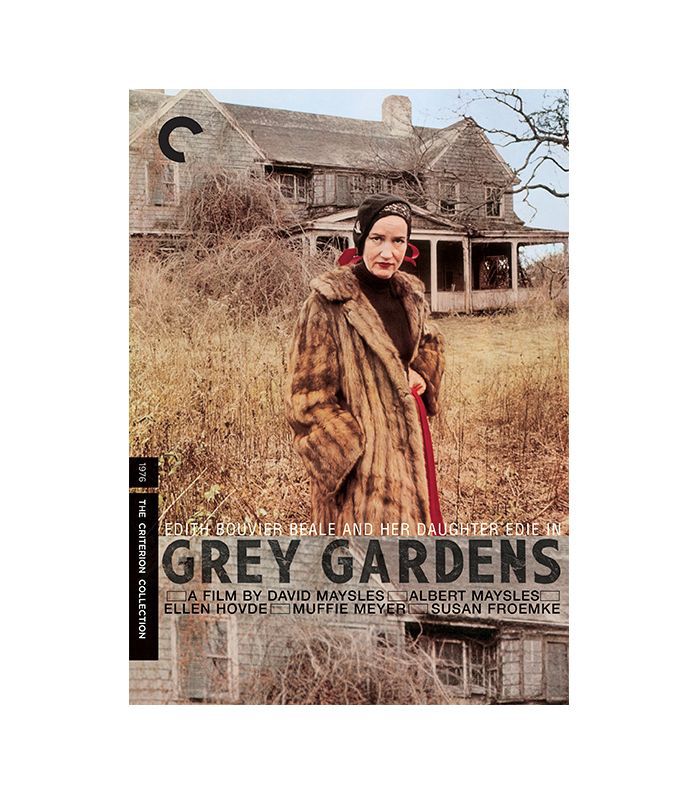 This 1975 documentary is so iconic and shocking that it's difficult to put into words—not even a gothic novel of epic proportions could make this stuff up. It explores the lives of recluse mother-daughter duo Little Edie and Big Edie (the aunt of Jackie Kennedy Onassis), and the viewer steps inside the wreckage of what used to be their East Hampton mansion. Hint: There are the filth and grime of dead cats and raccoons around every corner, giving "haunted house" a whole new meaning. It's also simply funny. So for anyone who loves period pieces and a riches-to-rags story, look no further than this fascinating feature. 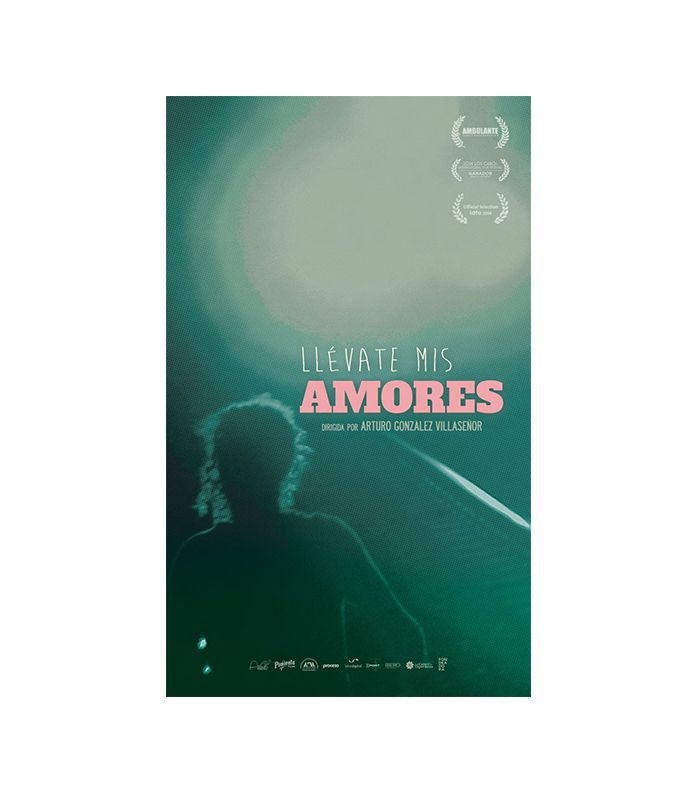 Llévante Mis Amores shows us a group of women who make food and bottle water from a local well to toss onto a moving train of laborers and migrants from Latin America to the U.S. in the village of La Patrona, Mexico. It's ultimately uplifting as the generous spirits of these women, who rarely even see the faces of those they're feeding, carry us through the film. Though these women are clearly risking their lives for the strangers who pass them on the freight train risking their lives in search for better opportunities, the most eye-opening moments are when we hear why they do it. It's a fresh, evocative look into the polemic immigration challenges of today. 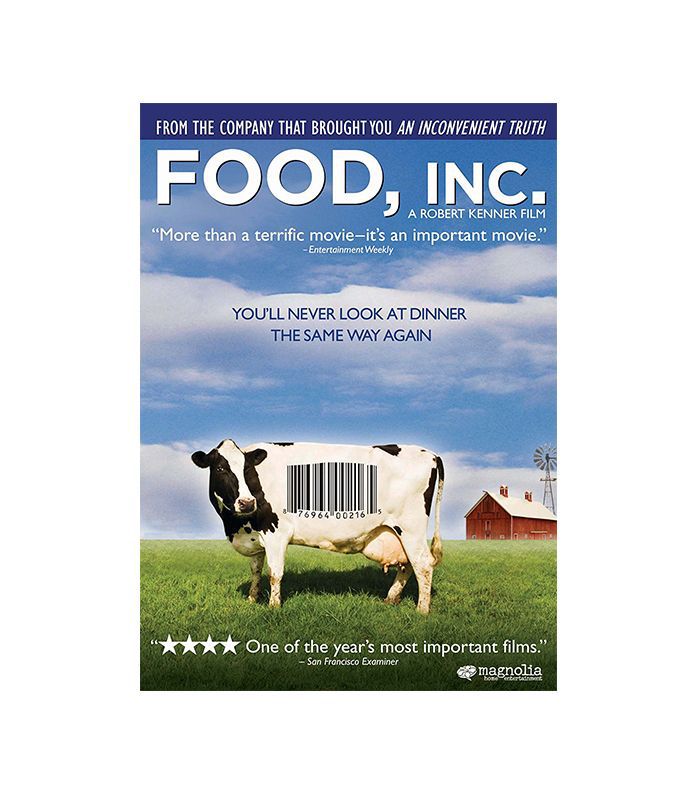 When you walk into a grocery store, how often do you wonder where exactly your food is coming from? And for some of us, if it tastes good and we can get it a decent price, that's all that really matters. But Food, Inc. will make you think again about the industrial food complex. Food, Inc. is a disturbing look inside of America's food industry, from factory farming to policy making and "food deserts." 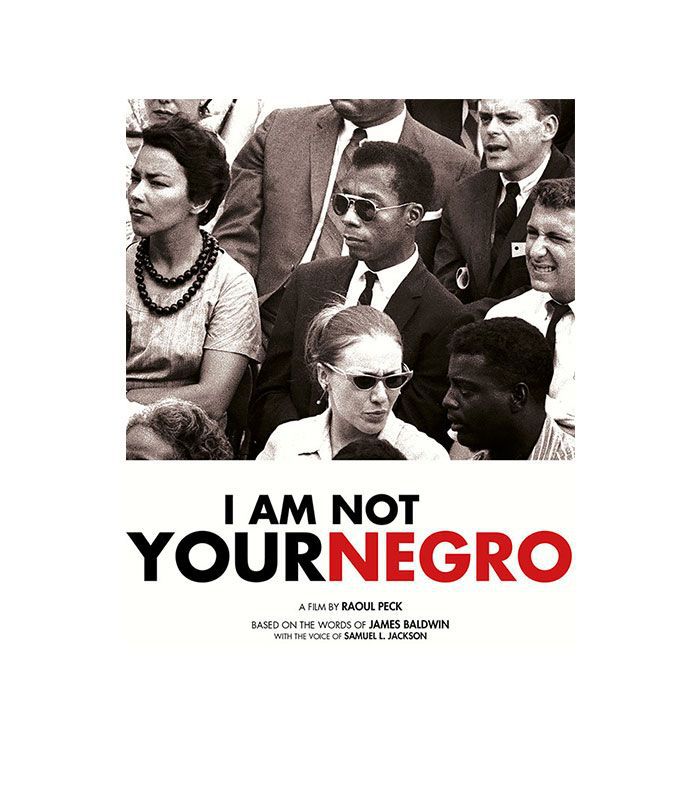 Raoul Peck, Director I Am Not Your Negro $4
Shop

This documentary carries on the legacy of civil rights activist and seminal author James Baldwin. It shows us how current patterns of inequality, both empirical and in mass media and Hollywood representations, are anchored in the past (though not contained there). With what amounts to much more than just a portrait of Baldwin himself, the viewer will get a quick lesson in American history, ultimately leaving them feeling more empowered to take action. 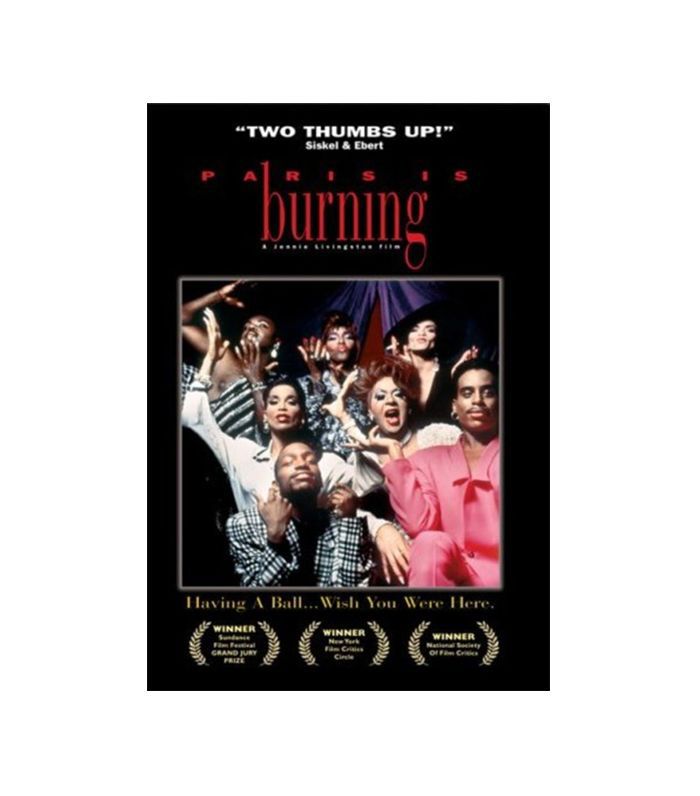 If you think Madonna made up vogueing, think again. In this 1990 documentary, we get a glimpse into the world of cross-dressing balls where this style of dance originated along with so many other cultural icons and phenomenon. Paris Is Burning (which actually takes place in New York City) visualizes disenfranchised communities and challenges our notions of "real" by validating the identities of those in drag as well as other subcultures that shape us. Oh, and the soundtrack is unmatched. 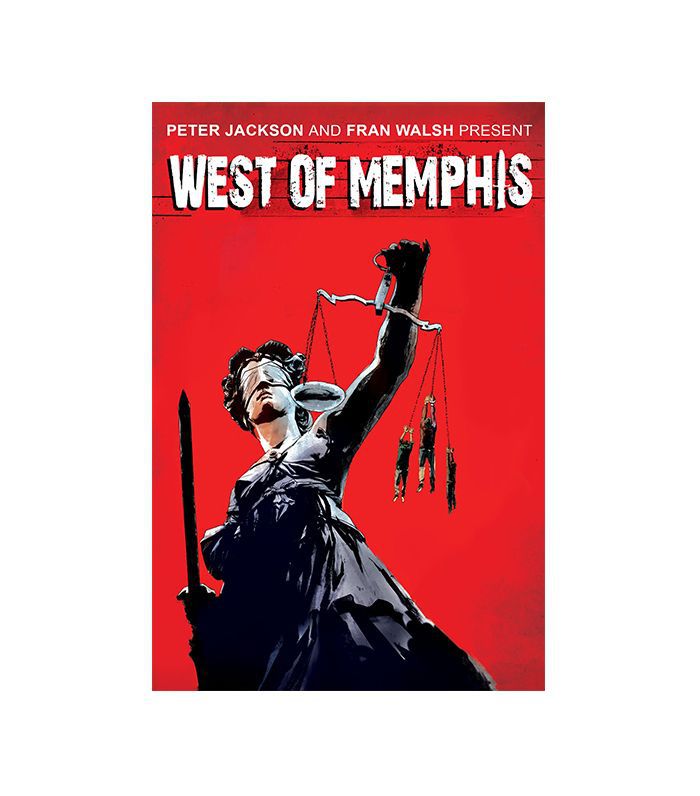 If you like true crime documentaries as well as films about social justice issues today, then West of Memphis is an essential watch. This true story focuses on a new investigation to reveal the flaws in our criminal justice system as a wrongly convicted man receives the death penalty for killing three 8-year-old boys in West Memphis, Arkansas, in 1993. 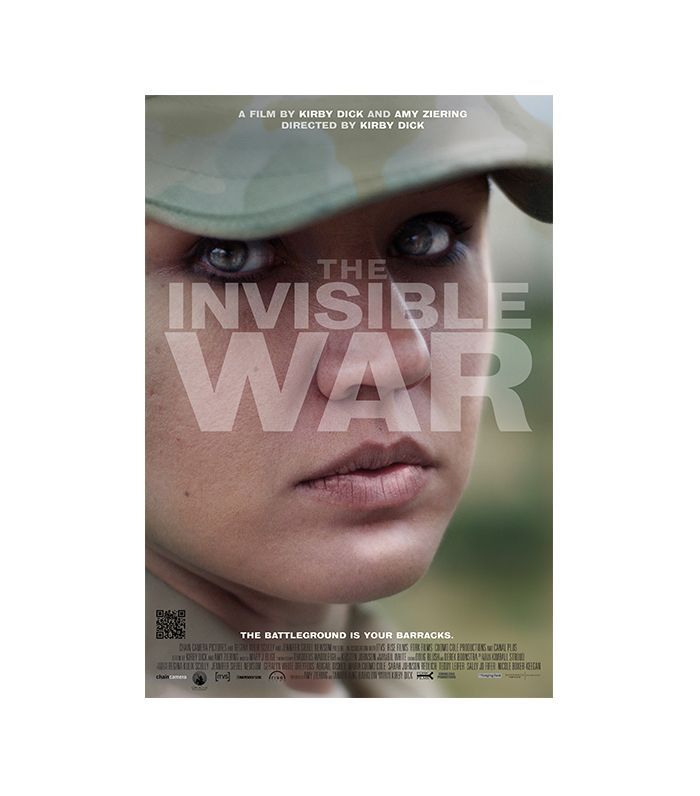 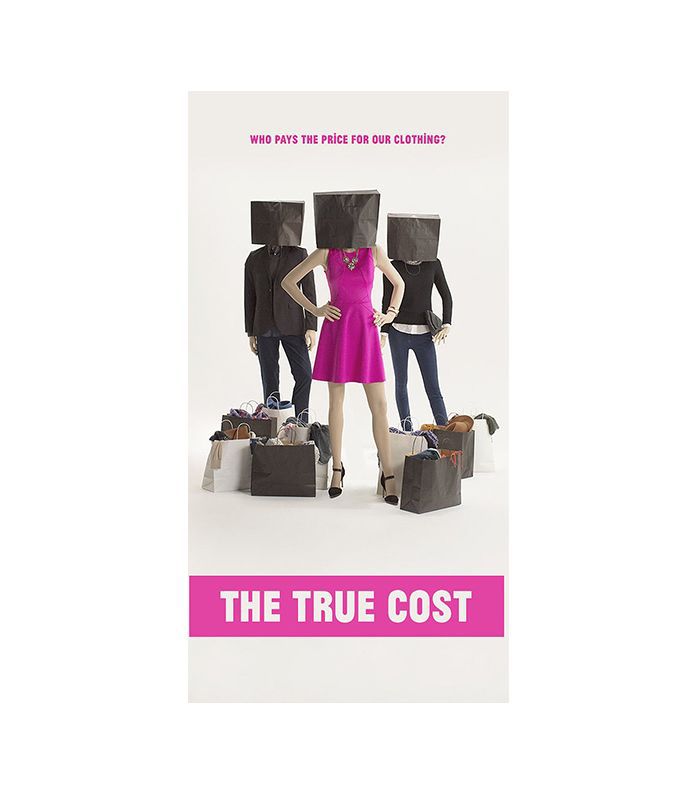 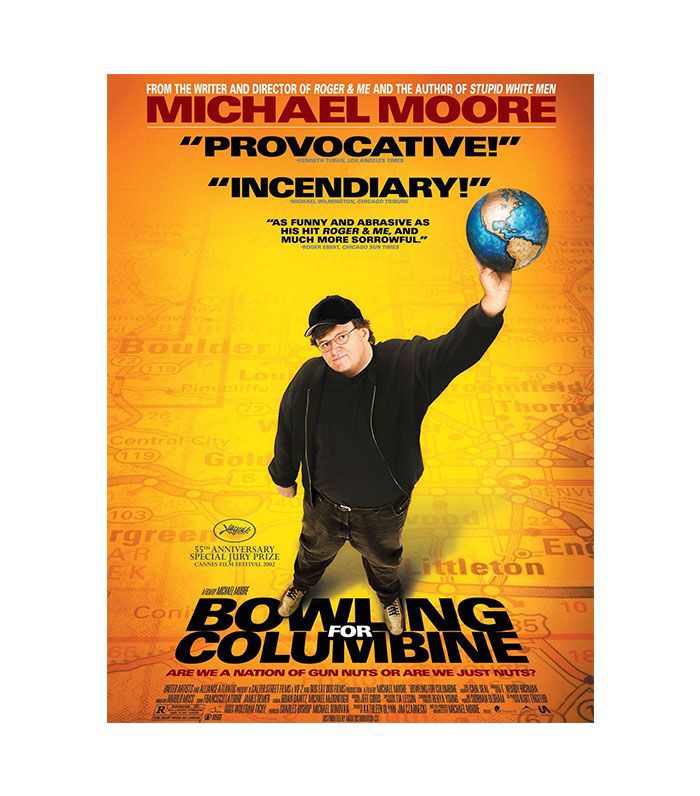 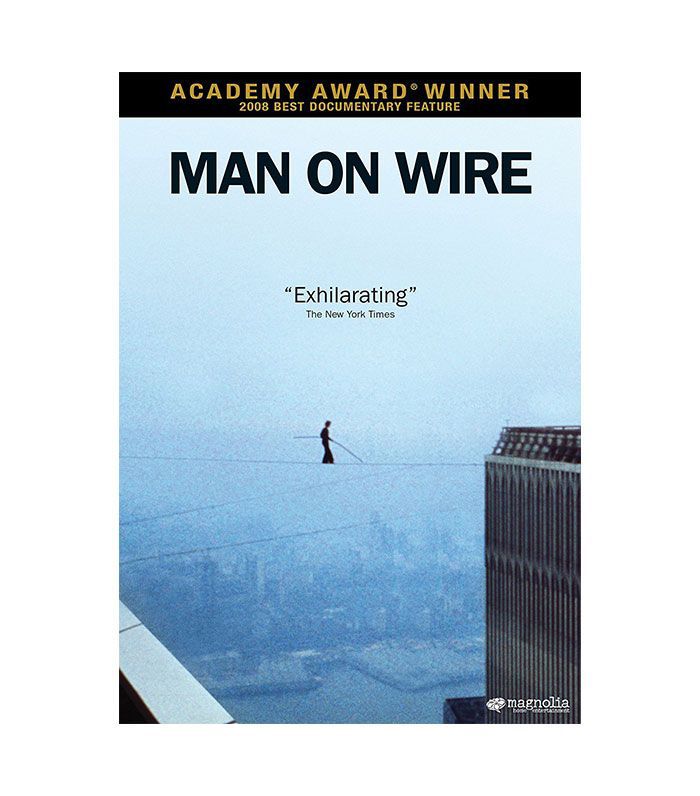 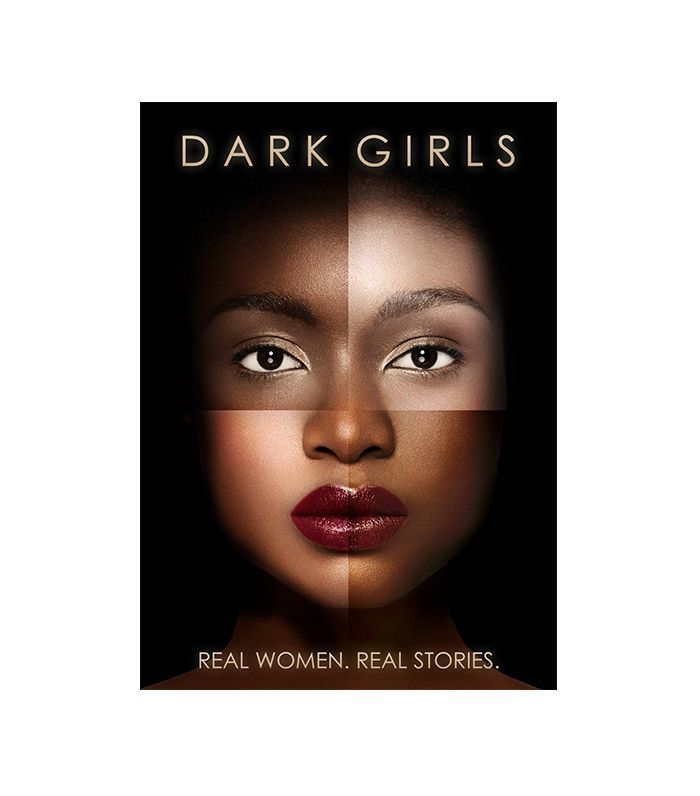 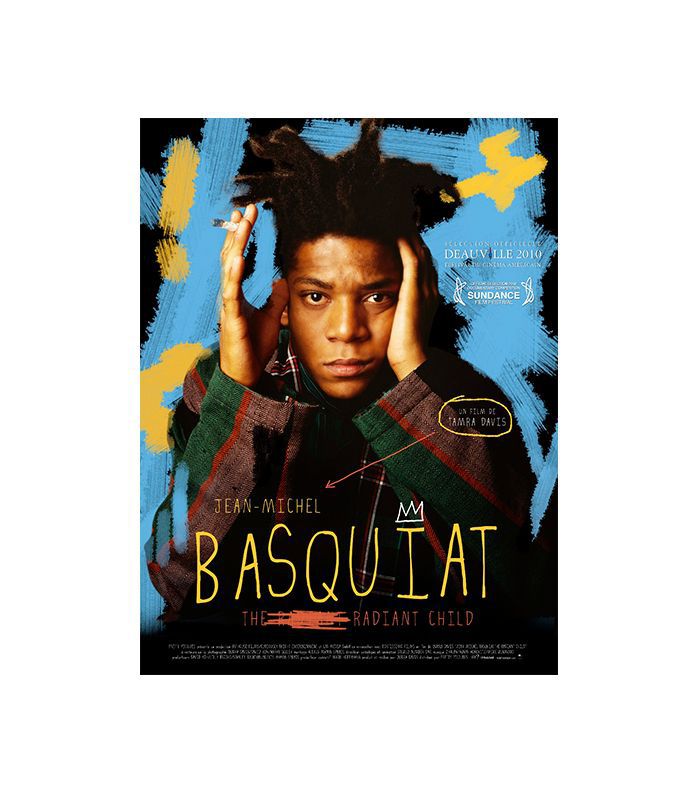 There's more where that came from with our roundups of the most gripping history and nature documentaries.