The Harry Potter series tells the enthralling story of someone who thought he was ordinary being transported to another world where he's asked to do the extraordinary. It's a can't-miss tale that's loved around the world and has inspired films and even theme parks. But once you've read all seven of these lengthy books and watched their corresponding movies, what are some of the other best fantasy book series beyond J.K. Rowling's masterpiece saga to check out? If you love the feeling of being whisked away to another time and place via a book, it's time to find a new fantasy book series to devour.

While all of the following book series aren't necessarily as PG as Harry Potter, they aren't lacking the in-depth plots, character development, and a solid dose of magic, either. Prepare to leave reality behind with the fantasy books your bookshelf isn't complete without.

Here are our picks for the best fantasy series books you need to read.

The Mennyms by Sylvia Waugh 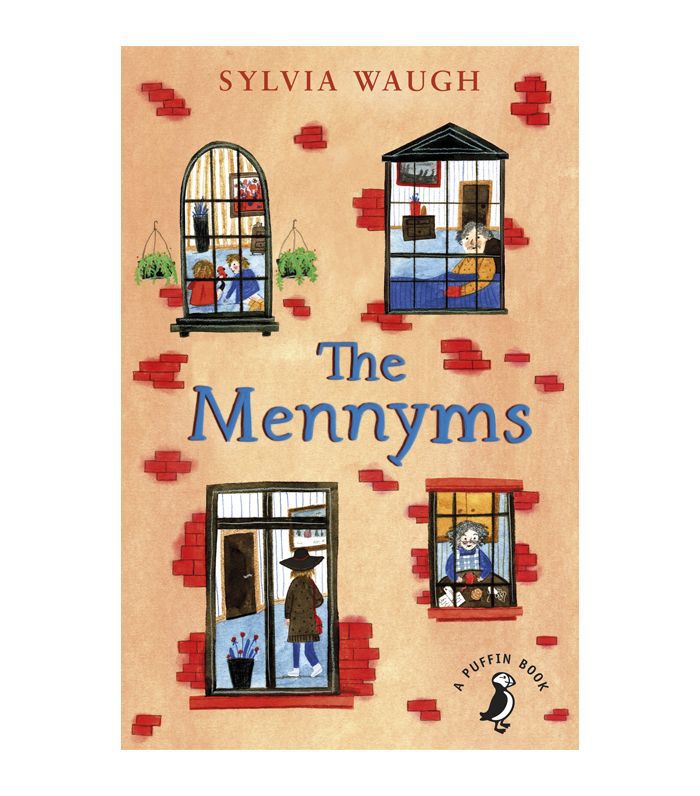 This British young adult series is about rag dolls given the gift of life who are trying to hide this fact from their cousin visiting from Australia. You'll find the characters in The Mennyms charming and, at times, hysterical. (Especially Miss Quigley, the baby's nanny, who lives in the hall cupboard and always provides unintentional comic relief.)

The Sword of Shannara by Terry Brooks 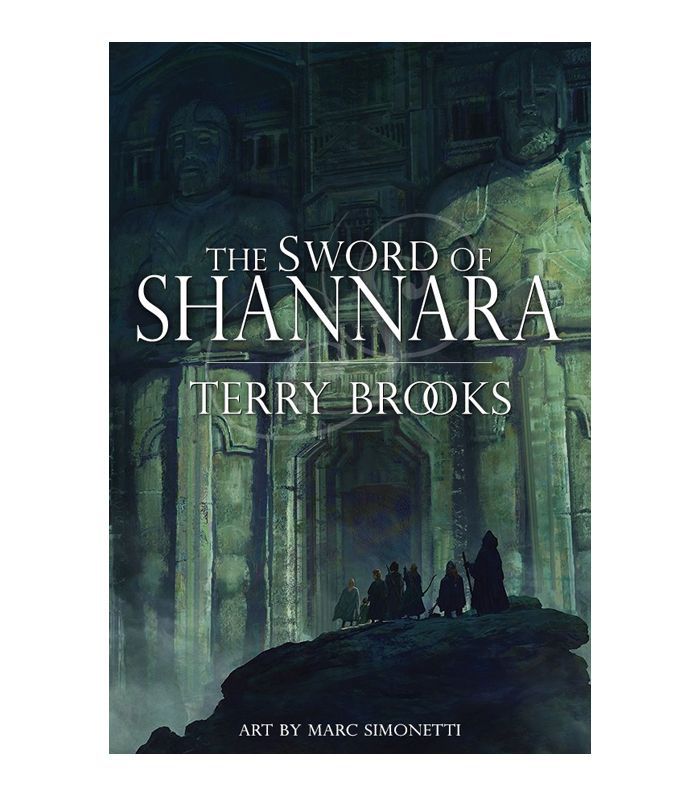 In The Sword of Shannara, writer Terry Brooks weaves a story revolving around half-elfin Shea Ohmsford, who finds out he is the only one who can save the world from the Dark Lord who is plotting to destroy everything. (If you're familiar, the show The Shannara Chronicles is based around Shea's son, Wil, played by Austin Butler). If you're intrigued by elves, druids, and Rovers (a band of medieval thieves), then the Shannara trilogy will totally capture your attention.

The City of Brass by S.A. Chakraborty 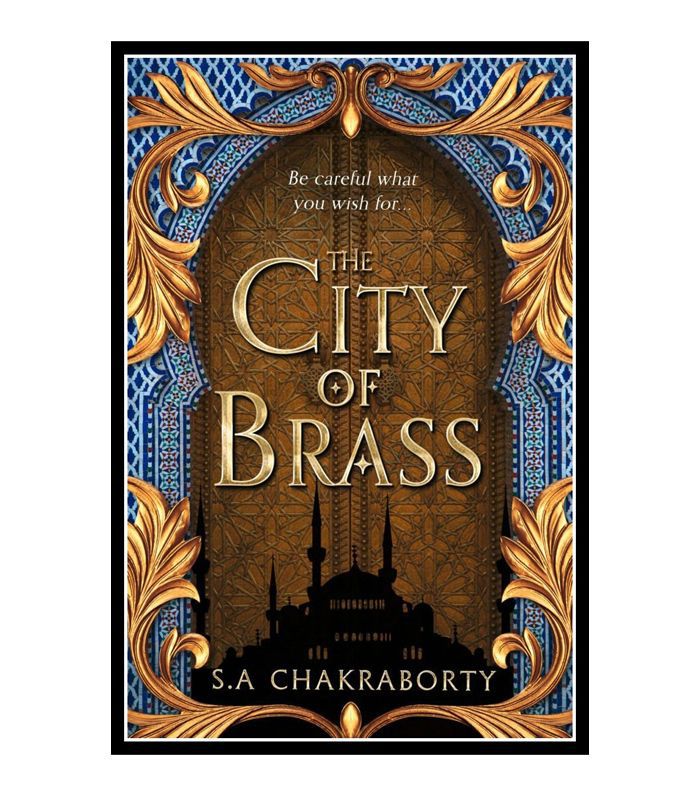 You may start in 18th-century Cairo in this novel, but you're going to be traveling a heck of a lot farther. In The City of Brass, Nahri works as a healer during the day and a quasi-thief at night, telling fake fortunes to those who visit her. One day, she accidentally summons a warrior who is basically a modern-day Aladdin. He tells her all about Daevabad, a mystical city of brass, and the two venture there, escaping from those who know a secret: Nahri's not 100 percent human. Plus, Nahri's presence in Daevabad threatens to ignite a war.

The Magicians by Lev Grossman 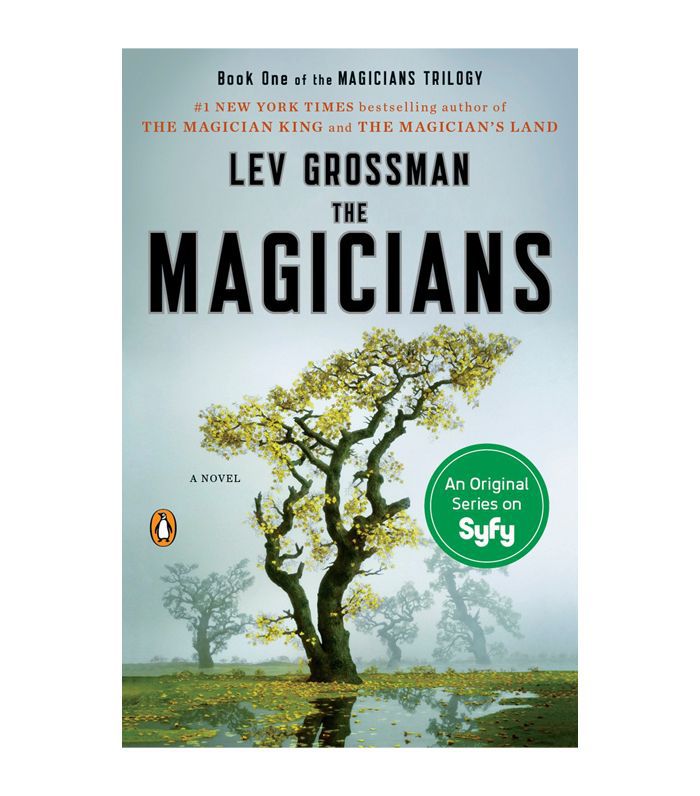 This New York Times-bestselling book set written by Lev Grossman has since been turned into a Syfy network show, but the books were deemed the new Harry Potter long before the TV series was a thing. The Magicians follows Quentin Coldwater, who gets accepted into a college for magic—he didn't even know it was a thing—only to find out his favorite book series, set in a fantastical world called Fillory, is real. When things start going awry, he and his fellow magician friends must travel to Fillory, and what they come to find is beyond their wildest dreams (and nightmares).

The Lion, the Witch and the Wardrobe by C.S. Lewis 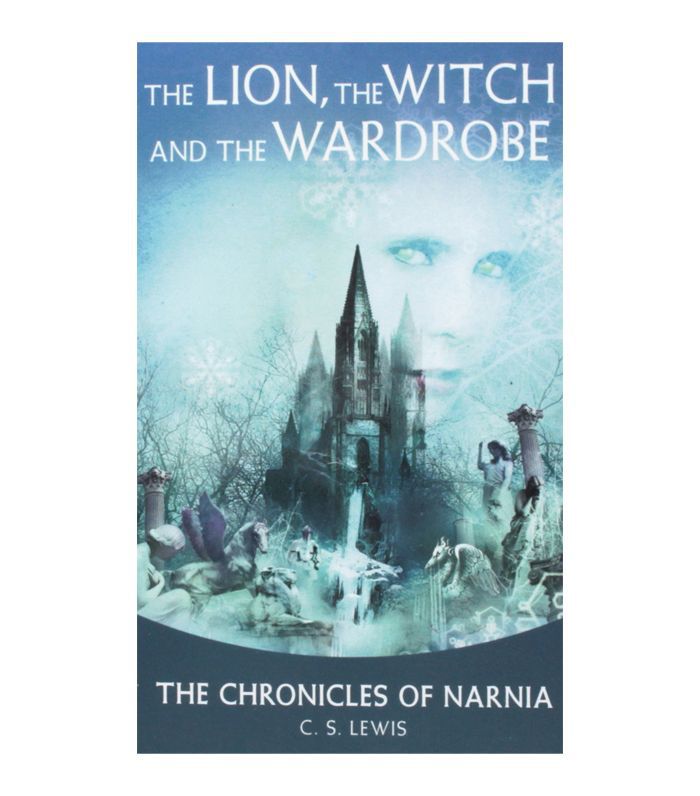 C.S. Lewis The Lion, the Witch and the Wardrobe $8
Shop

This YA book follows four siblings sent to live with a professor outside of London during World War II. Inside the house, they discover that the wardrobe serves as a portal to take them to the mystical world of Narnia, where they are befriended by fantastical creatures such as a lion named Aslan. The Lion, the Witch and the Wardrobe sets the tone for the rest of the The Chronicles of Narnia series once the Pevensie children trust that Narnia is a real place—and that it is their fate to rule over it. Don't forget to check out the film series, too.

The Name of the Wind by Patrick Rothfuss 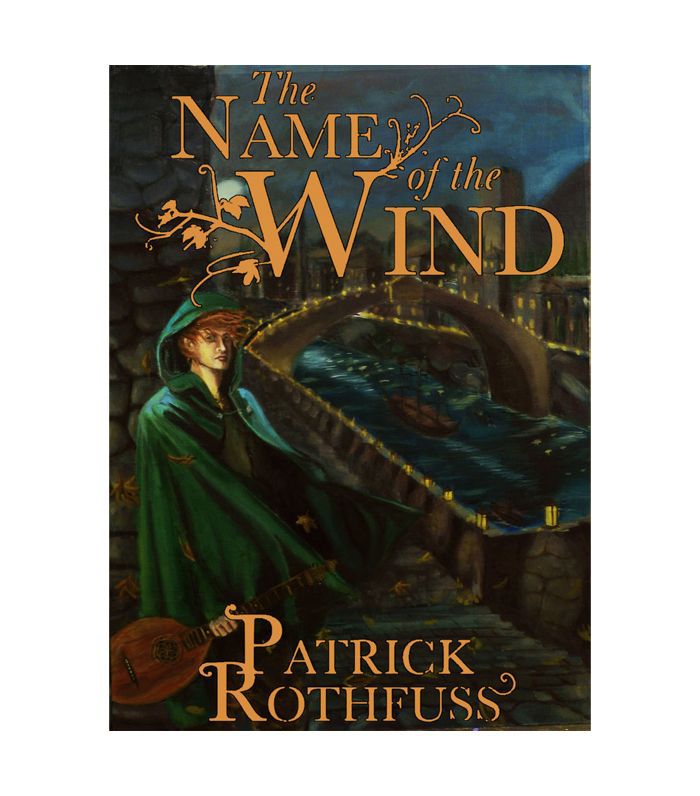 Patrick Rothfuss The Name of the Wind $14
Shop

The first book in the Kingkiller Chronicles trilogy revolves around wizard Kvothe telling his life story to a Chronicler (the first two books take place over the course of one day). The Name of the Wind's plot has its fair share of adventure as Kvothe recounts his travels through "The Four Corners of Civilization," meeting different beings and tribes along the way and with conversations with the Chronicler interspersed. But the real question is whether Kvothe is telling the truth or his stories are pure fiction.

The Lies of Locke Lamora by Scott Lynch 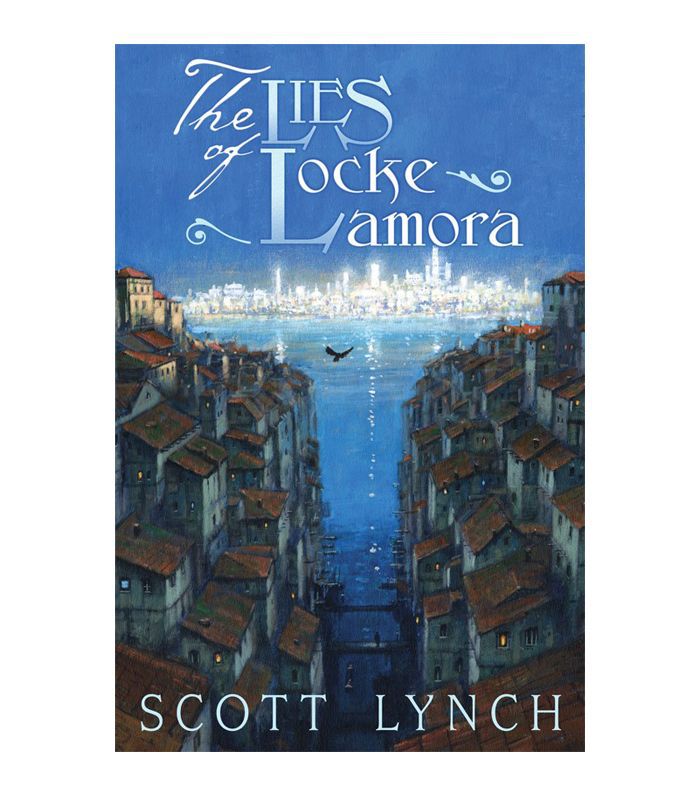 Locke Lamora is an orphan who found guidance in a con artist only to become the group's ringleader once he grew up. You'll be intrigued by the setting of ancient Camorr, which is basically a fake Venice, as the Gentleman's Bastards, as they're called, deal with various rebellions within the city. One of the most interesting parts is that you will likely find you relate to Locke and sympathize with him even though he's a "bad guy" in The Lies of Locke Lamora. And that's a sign of good writing if we do say so ourselves. This is the first book in the Gentleman Bastards series.

The Glasswrights' Apprentice by Mindy Klasky 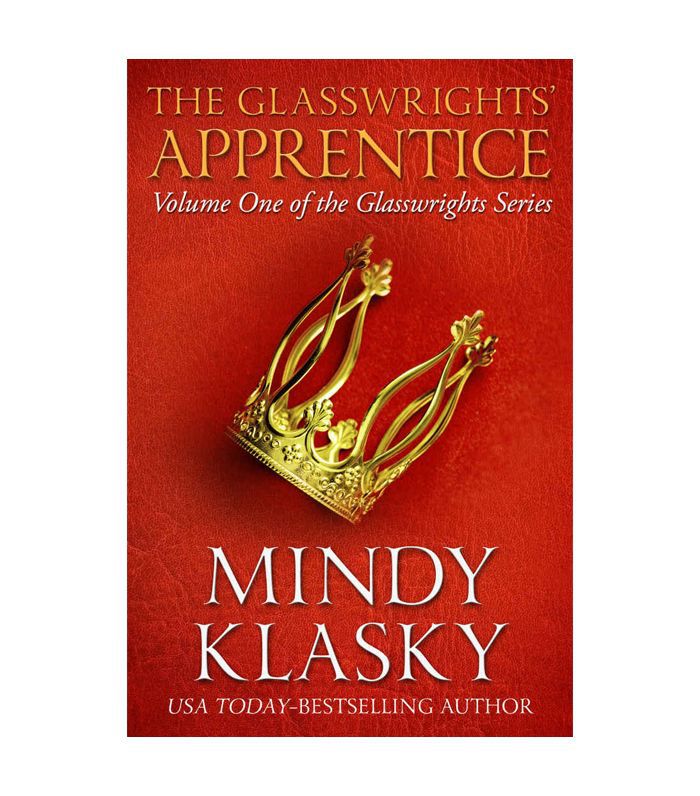 If you're looking for dragons and magic, then you might be better off reading something else. But if you're looking for a fairytale turned dark, then The Glasswrights' Apprentice, set in a medieval city, will intrigue you. You'll follow young Rani as she leaves her family to climb the ranks of society and join the Glasswrights' Guild as an apprentice. Unfortunately, she gets mistaken as the murderer of the prince and must find the real culprit in order to clear her name. 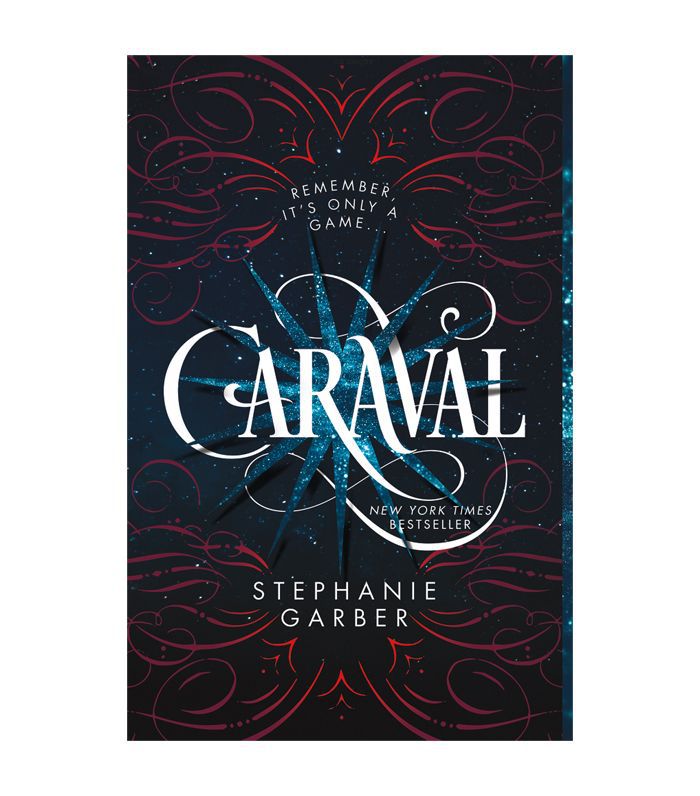 Sisterly love is apparent in this island tale in which sisters Scarlett and Tella have different ideas of how to escape their abusive father. But when the duo gets lured away to participate in Caraval, an immersive performance (like a next-level Sleep No More), they may be in more trouble than they imagined when Tella is kidnapped by the founder himself. It's up to Scarlett to win the game—and her sister, the prize—and figure out just who she can trust along the way.

The Eyre Affair by Jasper Fforde 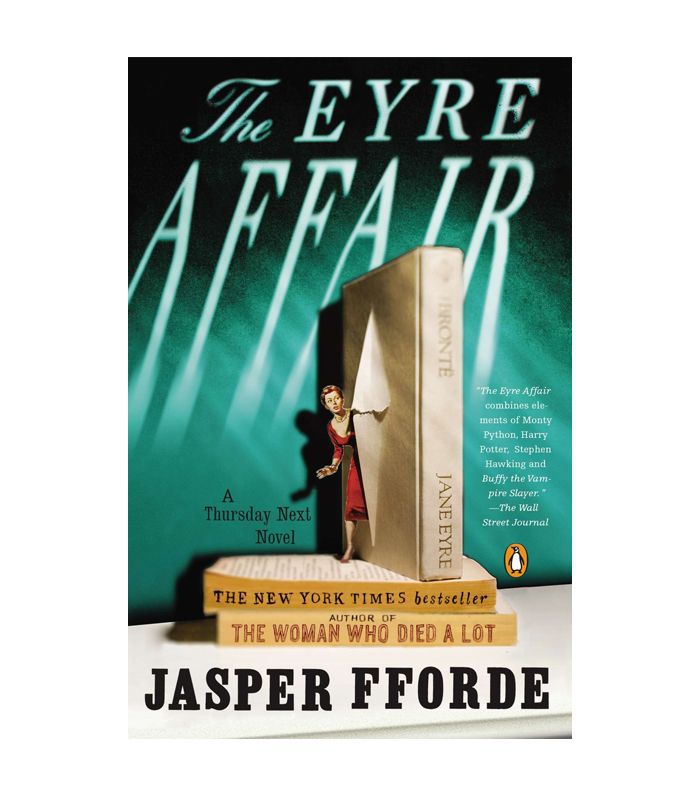 Choose the Thursday Next series if you're looking for a mystery set in a fantasy world. Detective Thursday solves literature-related mysteries, and in the debut novel, The Eyre Affair, she has to uncover who stole a novel written by Charles Dickens. On her journey, which involves a deep dive into the world of Jane Eyre, Thursday discovers more about not only the case, but also about herself and her past.

The Lord of the Rings by J.R.R. Tolkien 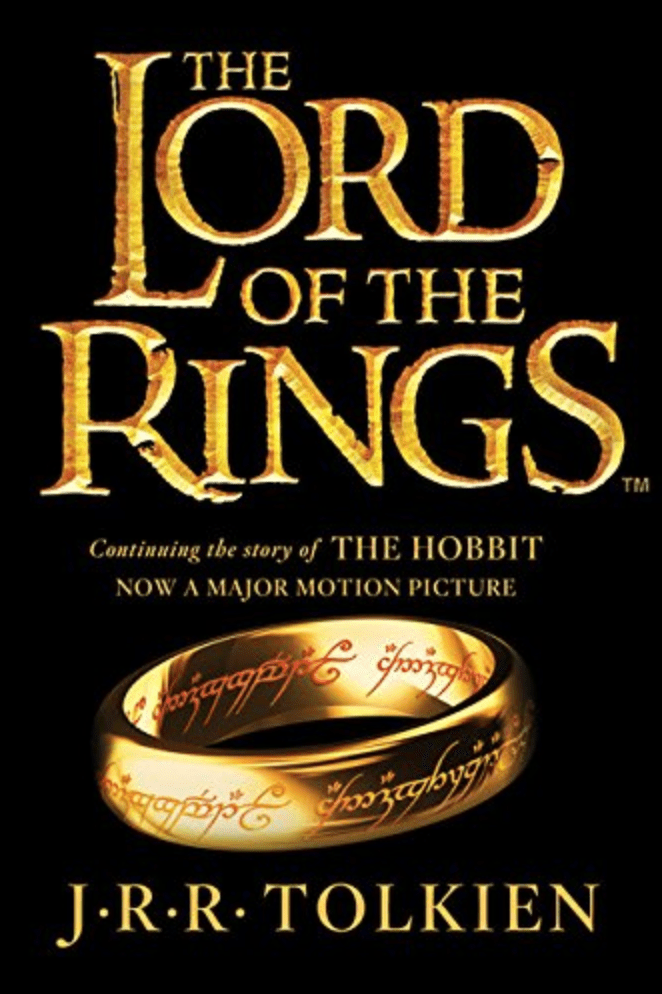 What's a fantasy book list without The Lord of the Rings? J.R.R. Tolkien's 1954 follow-up to his 1937 book The Hobbit spawned a full series, which was later turned into movies (starring Elijah Wood and Orlando Bloom) after Tolkien's death. In the book, a ring crafted by Elven-smiths has the power to rule all others, so young Frodo must go on a quest to destroy it.

A Game of Thrones by George R. R. Martin 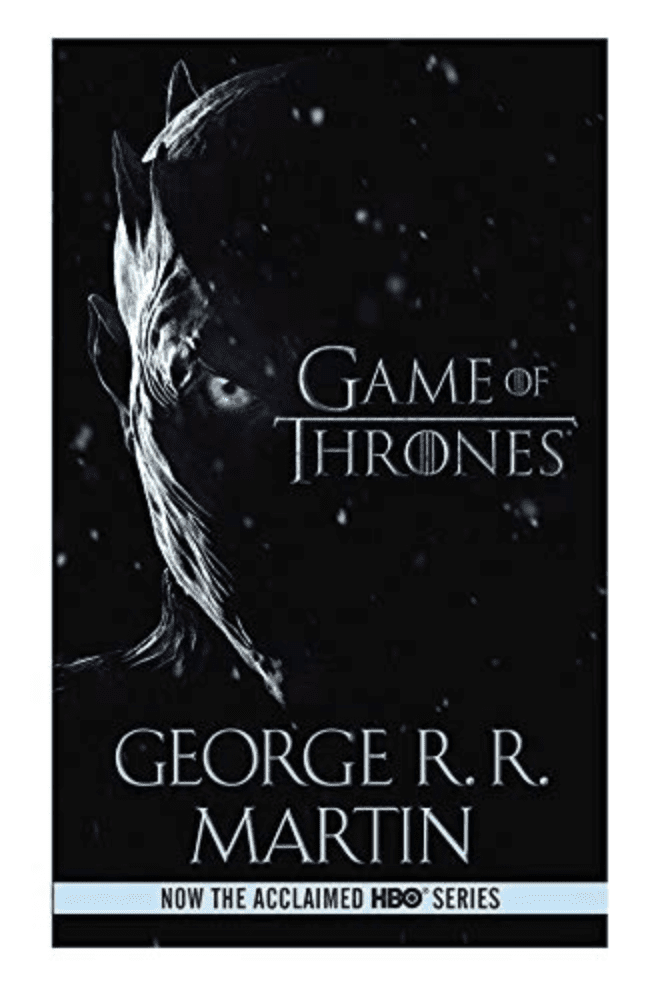 The beloved HBO TV series Game of Thrones is based on George R. R. Martin's A Song of Ice and Fire book series. In the first book in the series, called A Game of Thrones, the Hand of the King has mysteriously died. King Robert Baratheon and his family head to Winterfell where they're met with an encounter that changes the course of the kingdoms. 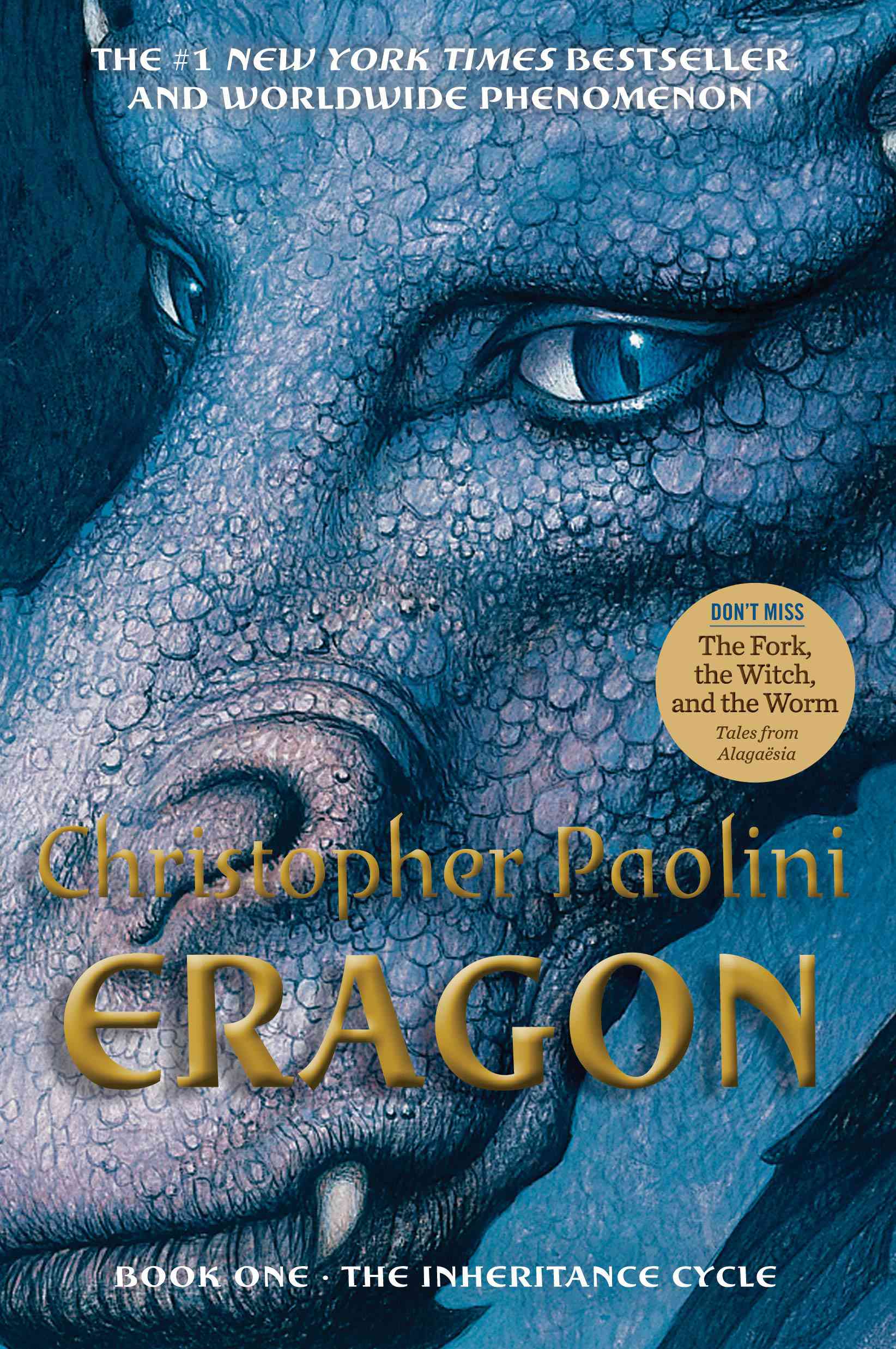 Christopher Paolini began writing his Inheritance Cycle series as a teen already. Its first book, Eragon, is about a dragon rider who must choose to save or destroy the Empire. There's a corresponding movie, too.

The Amulet of Samarkand by Jonathan Stroud 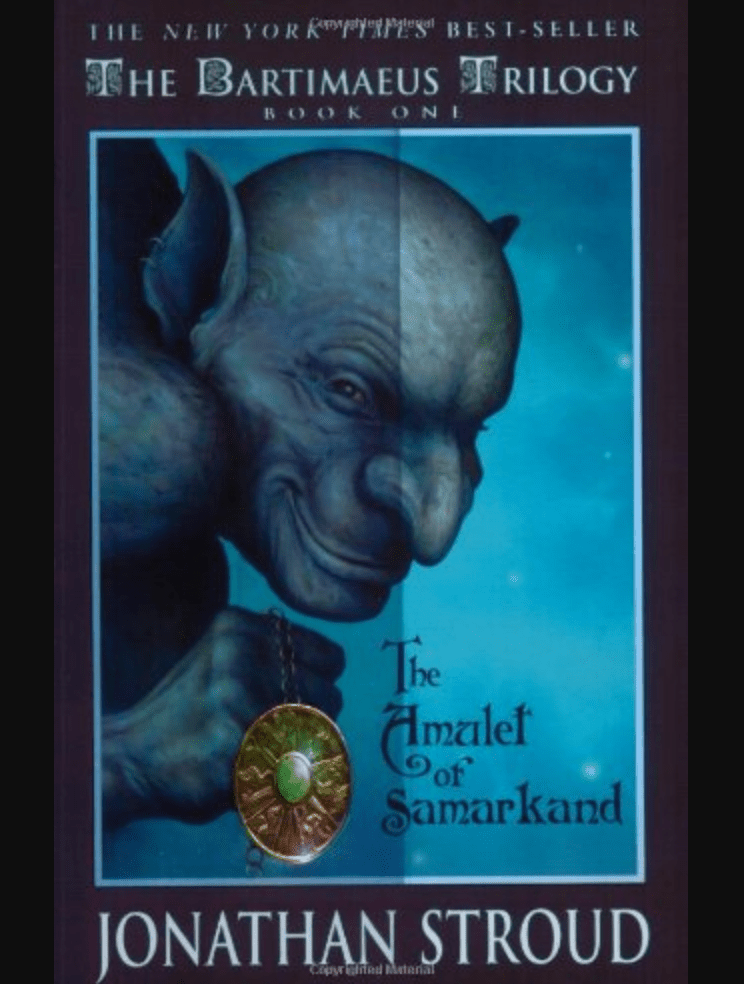 The Bartimaeus Sequence is a children's trilogy by Jonathan Stroud, the first book in which is called The Amulet of Samarkand. It's about a magician's apprentice who wants revenge on a wizard who has humiliated him. He summons a powerful genie named Bartimaeus to help.

The Eye of the World by Robert Jordan 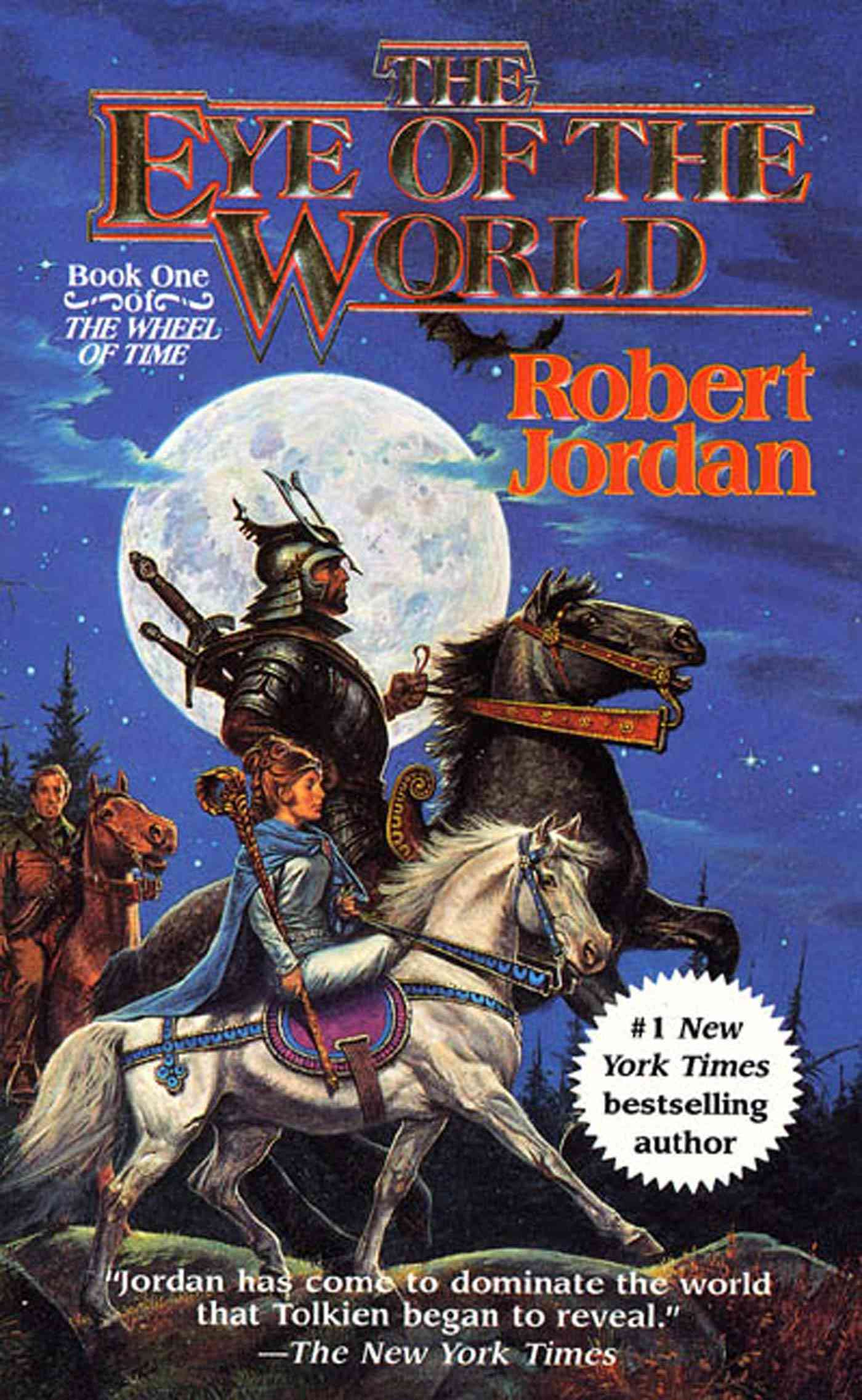 Robert Jordan The Eye of the World $22
Shop

The Wheel of Time series of 14 books (you won't run out of reading material here anytime soon) starts with The Eye of the World. It's about five villagers fleeing from a frightening tribe of half-men, half-beasts.

The Lightning Thief by Rick Riordan 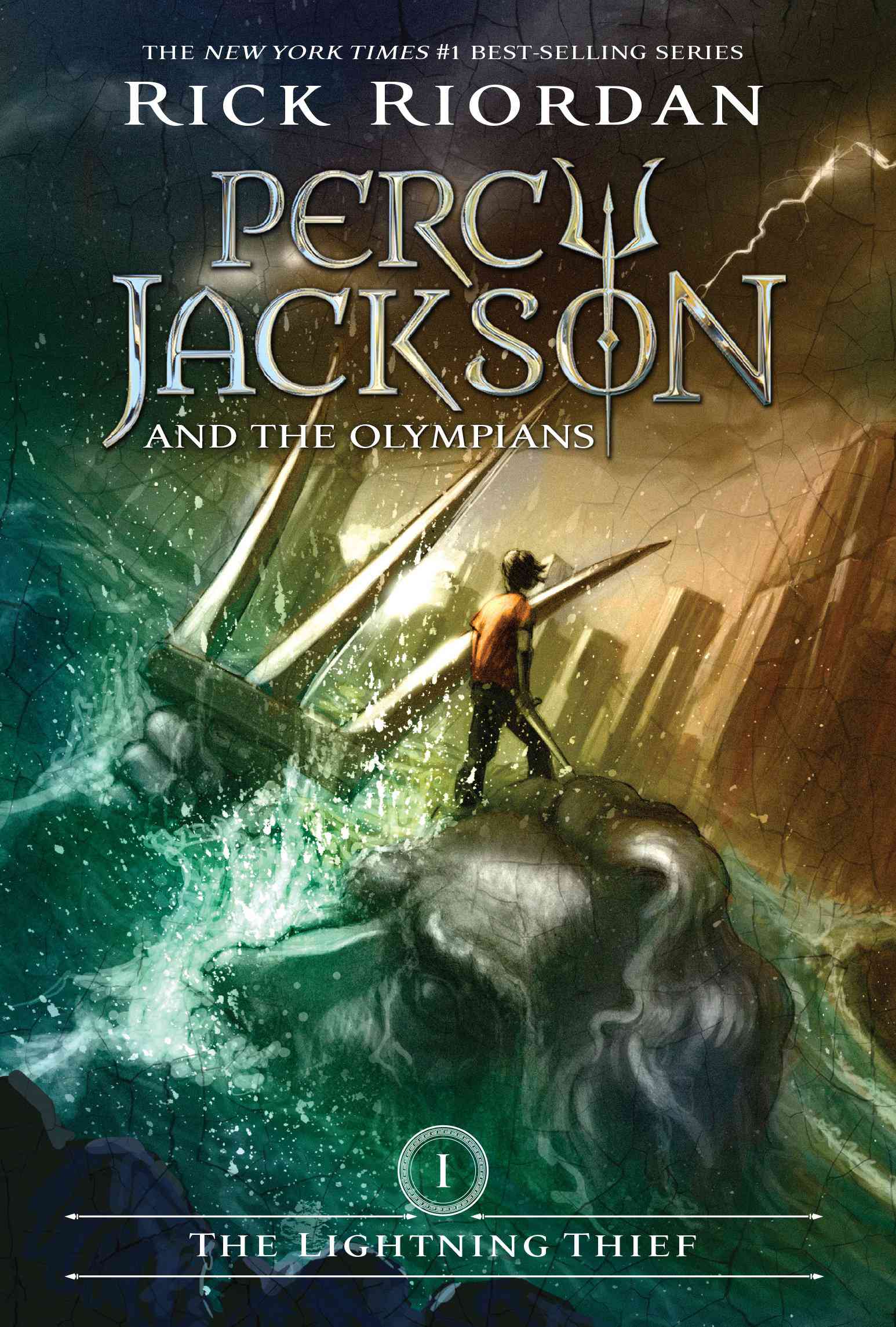