The only thing I enjoy as much as reading is coming up with a reading list in preparation for an epic (recreational) readathon. Seriously. So as any literary lover would, I jumped at the opportunity to create a roundup of the best fantasy books. But to be honest, I haven't always been drawn to this genre. There's just something about the mention of vampires, dragons, and time travel that used to throw me off. As I got older, however, I realized that what I love so much about fiction is its ability to breakthrough levels of what we call "objective" reasoning and perception.

Plus, isn't all fiction a form of fantasy? Even textbooks dabble in the craft of make-believe, so I've set up this fantasy book reading list on a spectrum, from speculative fiction to magical realism, science fiction, and hard fantasy. Whether you're an avid fantasy reader, a sci-fi fan or you enjoy classic literature and life-changing prose, you'll find a book to transport you in the reading list below. Keep scrolling to start curating your own list, and get a sense of the tone of each book to help you narrow it down. Now let's start suspending some disbelief.

Not quite surrealism, not quite fantasy or sci-fi, this book involves unconventional narrative devices that stretch our imaginations without using magic in the plot. This book is a metafictional novel that presents itself as a biography, as the narrator tracks the experiences of an individual's interiority over the course of their 300-year life. As it progresses, it becomes a highly imaginative story wherein the protagonist is both timeless and gender fluid. Woolf uses this book as a space to urge her readers to move away from traditional notions of truth as objective, and rather to assert the importance of imagination and ambiguity in all forms of storytelling, legend, fiction, and biography alike. As with all of Woolf's work, it's a brilliant masterpiece full of wisdom beyond its time.

Tone Teaser: "Better was it to go unknown and leave behind you an arch, then to burn like a meteor and leave no dust."

"Some we know to be dead even though they walk among us; some are not yet born though they go through all the forms of life; others are hundreds of years old though they call themselves thirty-six."—Virginia Woolf 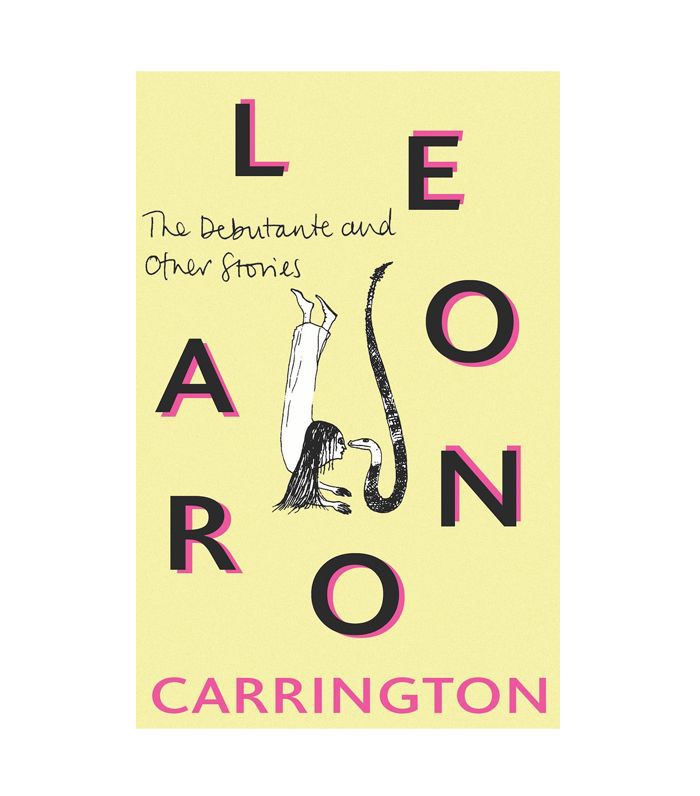 Leonora Carrington's short stories are what you'd imagine her surreal paintings of dreamscapes to sound like in a written narrative form. I'm not sure it would be classified as magic realism in a bookstore, but I'm putting it in this category because it's all about a girl who switches places with a hyena so she doesn't have to attend a party. In the other short stories in this collection, things get weird—if you read it, you'll see what I mean.

Tone Teaser: "'I smell a little strong, eh? Well, as for me, I do not eat cake.' With these words, she removed her face and ate it." 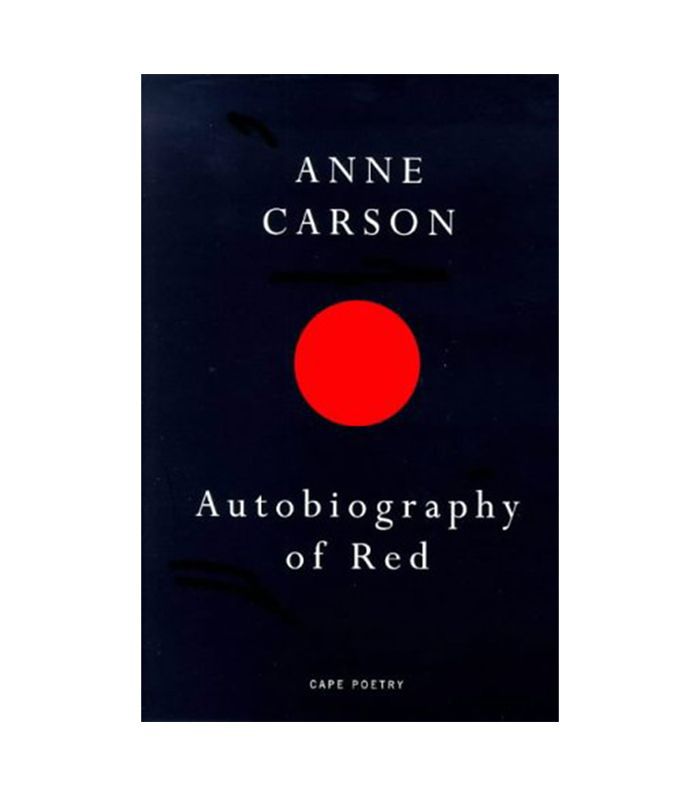 This must-read tells the fictional story of Geryon, a young, queer man in pursuit of constructing a self-representational narrative. It's a brilliant and heart-wrenching hybrid of prose and poetry, borrowing from Greek myths to tell a modern coming-of-age epic that asserts the power of art and writing to resist, and thus, transform reality.

Tone Teaser: "Like the terrestrial crust of the earth/ the skin of the soul/ is a miracle of mutual pressures./ Millions of kilograms of force pounding up from the earth's core on the inside meet the cold air of the world and stop,/ as we do." 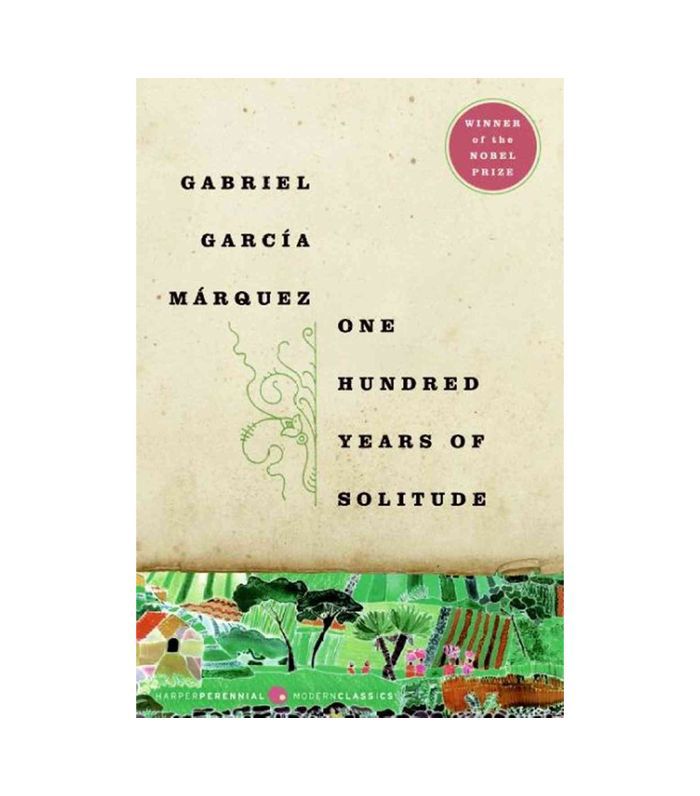 In the fictional town of Macondo, García Márquez creates an enchanting universe with colorful jungles, a city made of mirrors, and people who live for hundreds of years. Indeed, reality and fantasy become one, and beyond the dazzling plot itself, this book is full of quotable moments and passages. It's a bit like a surreal painting in that supernatural chaos is living right next to mundane, everyday reality.

Tone Teaser: "He was the only one who had enough lucidity to sense the truth of the fact that time also stumbled and had accidents and could, therefore, splinter and leave an eternalized fragment in a room." 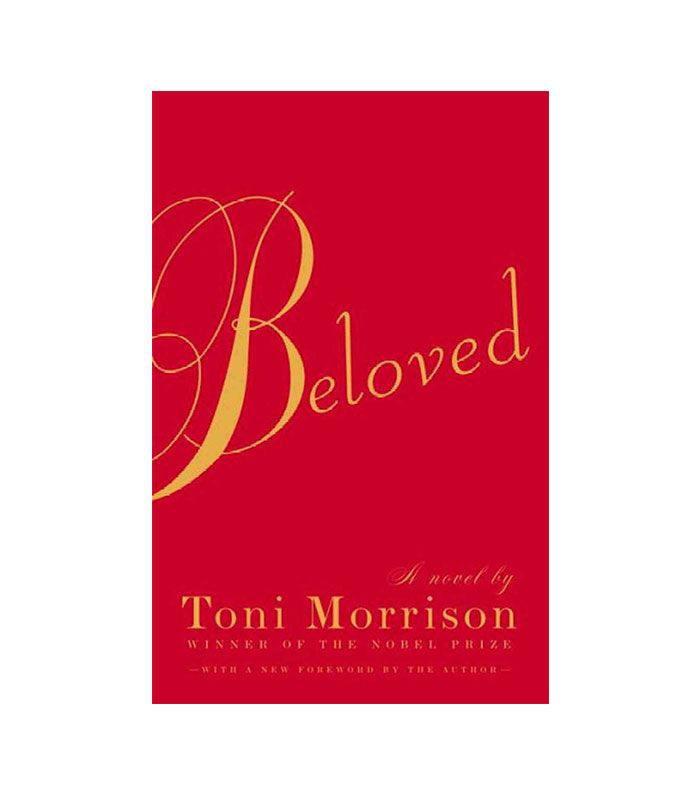 This unforgettable ghost story is so much more than just a ghost story. It reveals the ways in which slavery's legacy maintains a strong, haunting presence throughout the novel (and arguably today). It also emphasizes the transformative but undefinable power of romantic, paternal, and self-love.

Tone Teaser: "Love it. Love it hard… This is flesh I'm talking about here. Flesh that needs to be loved… More than your life-holding womb and your life-giving private parts, hear me now, love your heart. For this is the prize."

Written by Grossman, this novel is an adult portal fantasy series about a man who goes to a magic college in New York City. It's like the R-rated version of Harry Potter, so if you're still sad you didn't get an acceptance letter from Hogwarts, at least there's still hope for the grown-up university version. And if that doesn't hook you, we don't know what will.

Tone Teaser: "The danger would be going back, or staying still. The only way out was through. The past was ruins, but the present was still in play." 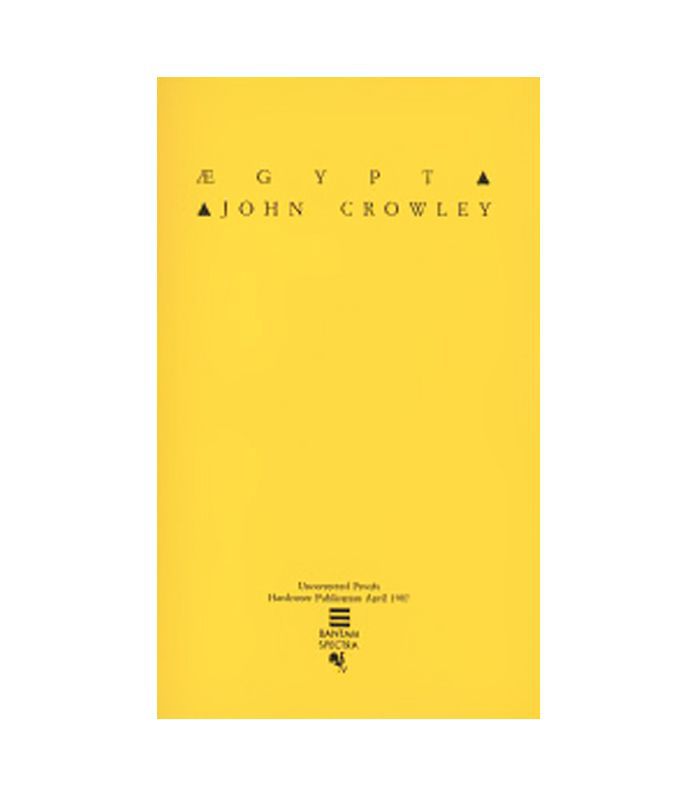 In this novel, John Crowley presents a story in a story about parallel universes and divergent histories. It follows a professor writing a book about a theory that says the laws of the universe have changed in the past and they will change again. He discovers a moment in time where the world split and two separate histories unfolded. The reader joins the professor in his search for the actual place this alternate history took place, and to find where ancient philosophies, myths, and religions originated.

Tone Teaser: "Serenity. Now you could wish for that, naming no conditions: a permanent inner vacation, escape made good."

"There is more than one history of the world." — John Crowley 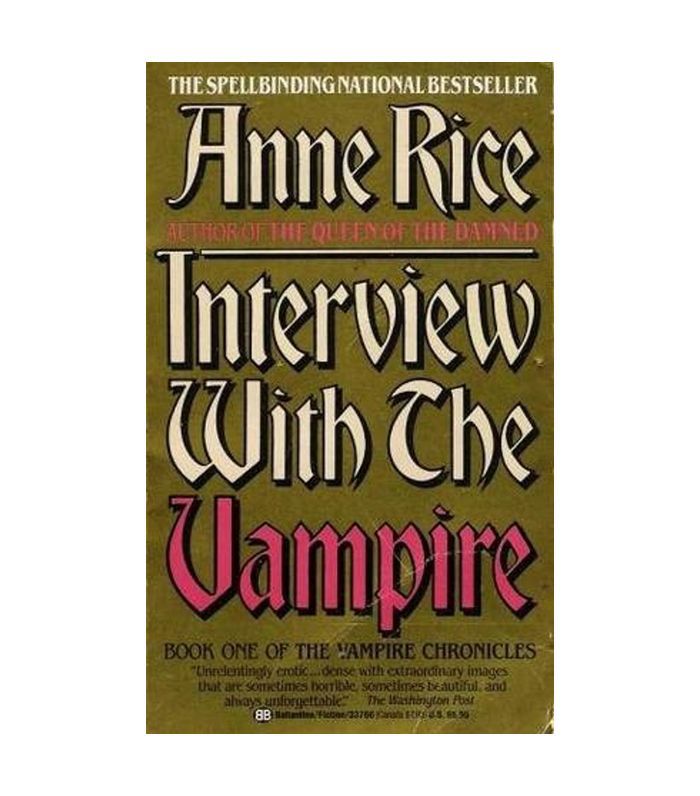 If you like vampire thrillers or ever wonder what New Orleans would be like in the 1700s, this book will hit the spot. Anne Rice is known for her gothic fantasies and perfect conjurings of bygone eras, and this chilling string of confessions from a vampire is no exception. 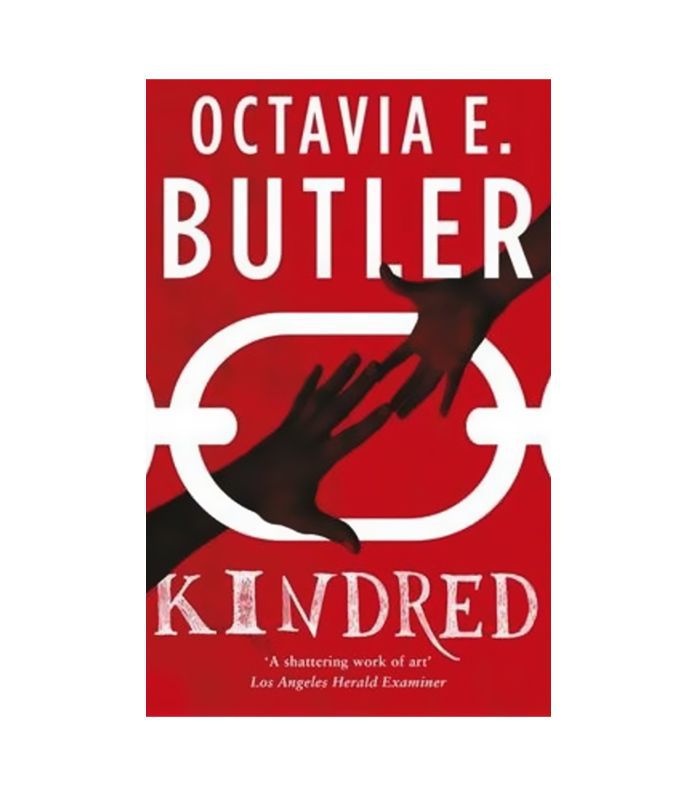 Kindred will grip you from the moment you open it, when the protagonist, a black woman, is abruptly transported from her home in 1970s America to a plantation in the antebellum South. It reveals the simultaneity between past injustices and contemporary patterns of inequality while also creating a dark fantasy world of time travel that you will want to read again and again.

Tone Teaser: "As a kind of castaway myself, I was happy to escape into the fictional world of someone else's trouble." 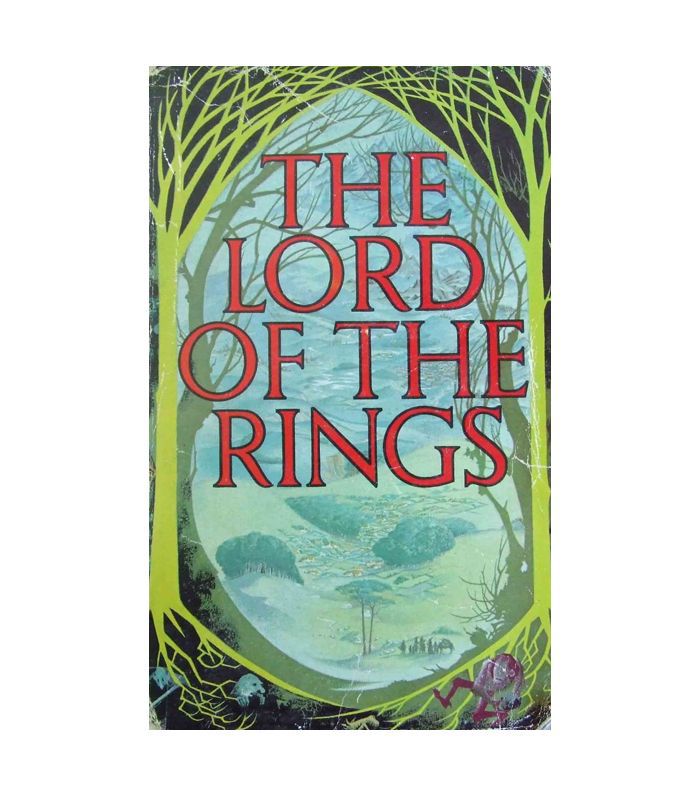 Perhaps the definitive must-read for all lovers of literature and mythology, how could we not include The Lord of the Rings in our list of the best fantasy books? The story of a great quest that involves hobbits, wizards, dwarfs, elves, and more otherworldly lure along with dazzling prose and rhymes, this trilogy will take you on a great adventure.

Tone Teaser: "Moonlight drowns out all but the brightest stars." 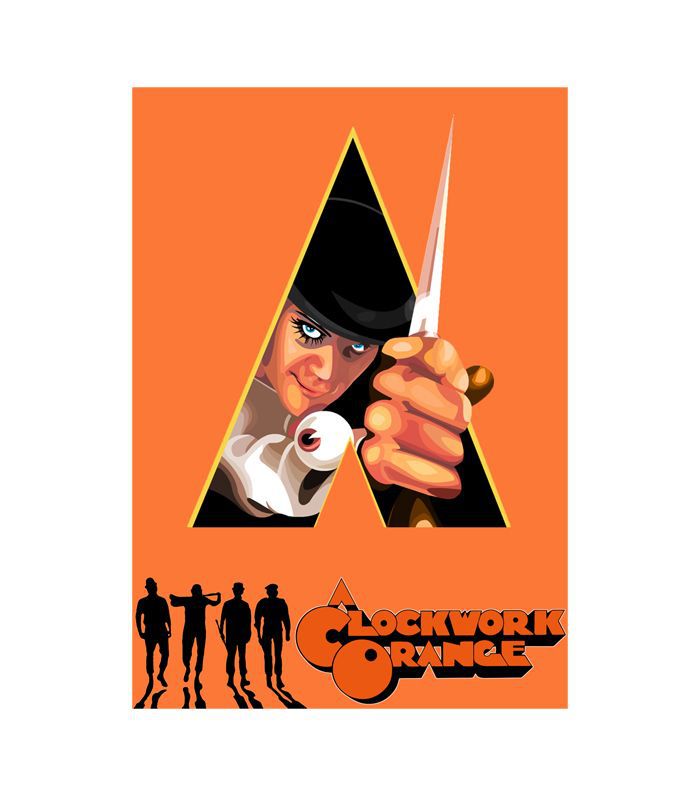 If you didn't read this in your high school English class, you should consider doing so now. And even if you've already read it, this is one of those tales that just gets better and better each time you revisit it. It's a horrifying look into the impact of technology on human consciousness, redemption and freedom, and good versus evil.

Tone Teaser: "We can destroy what we have written, but we cannot unwrite it." 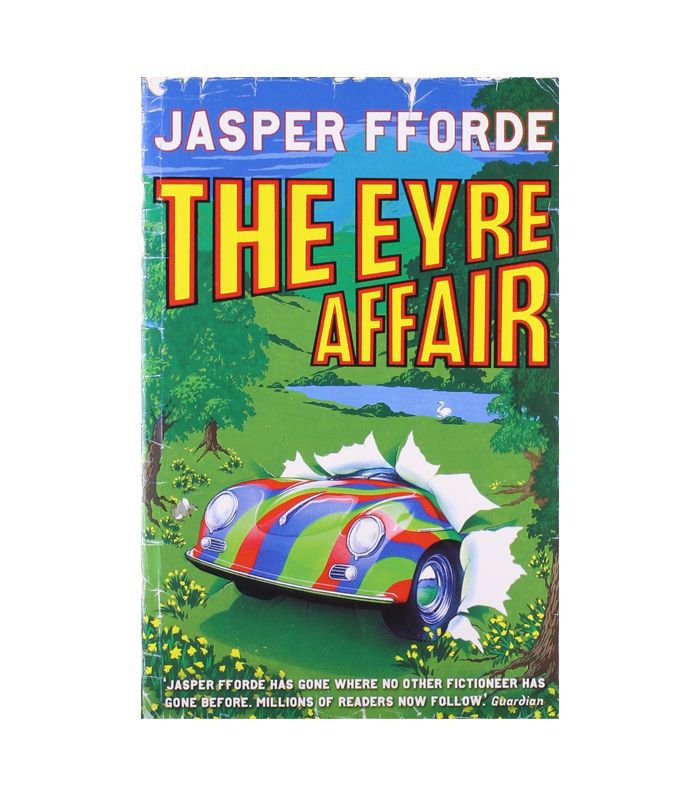 Fanfiction meets fantasy thriller and sci-fi future in this fun, metafictional novel. Or as Publisher's Weekly described it, "This novel might be called 'James Bond Meets Harry Potter in the Twilight Zone.'" The Eyre Affair takes place in a Brittain of the future where time travel and cloning are normal, and people take literature as seriously as they take their own realities. People literally (in every sense of the word) get lost inside of poems, and characters can get kidnapped from the pages of the books they exist in.

Tone Teaser: "Governments and fashions come and go but Jane Eyre is for all time."

"The barriers between reality and fiction are softer than we think; a bit like a frozen lake. Hundreds of people can walk across it, but then one evening a thin spot develops and someone falls through; the hole is frozen over by the following morning."— Jasper Fforde 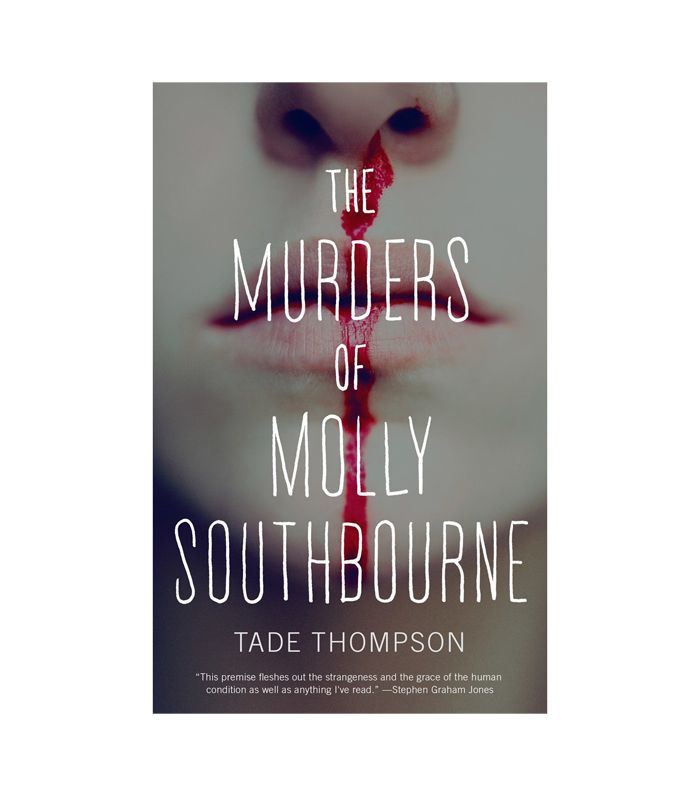 In Tade Thompson's universe, Molly Southbourne has a health condition in which every time she bleeds, she gives life to a clone of herself. Oh, and the clones will kill her if she doesn't kill them first. So her only solution is to kill herself, or versions of herself, over and over until she can find a cure to stop her bleeding. If you can get on board with the twisted plot, you won't be able to put this book down until you've read it front to back. 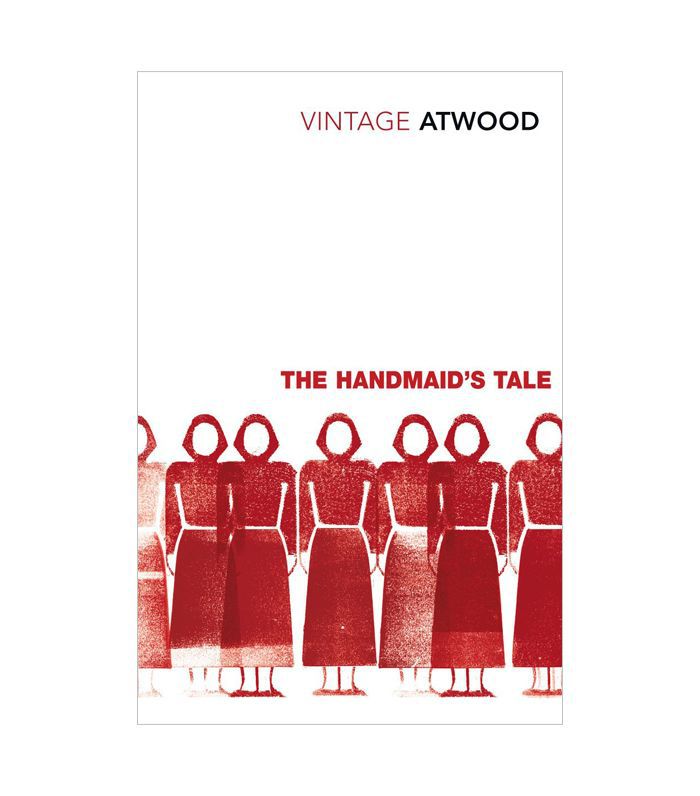 Fertility rates in women are at a staggering low in this patriarchal society of the slight future, which results in a slave trade. Women with the ability to conceive are kidnapped, bought, and owned by wealthy families to keep their lineage alive at violent costs. The scariest part is that Atwood does such an expert job at creating this world with rules that we begin to accept as not at all far-fetched and with the potential to unravel in our reality. How is it that something like this is easier to imagine as true than something involving vampires and wizards?

Tone Teaser: "What I need is perspective. The illusion of depth, created by a frame, the arrangement of shapes on a flat surface. Perspective is necessary. Otherwise, there are only two dimensions. Otherwise, you live with your face squished up against a wall, everything a huge foreground, of details." 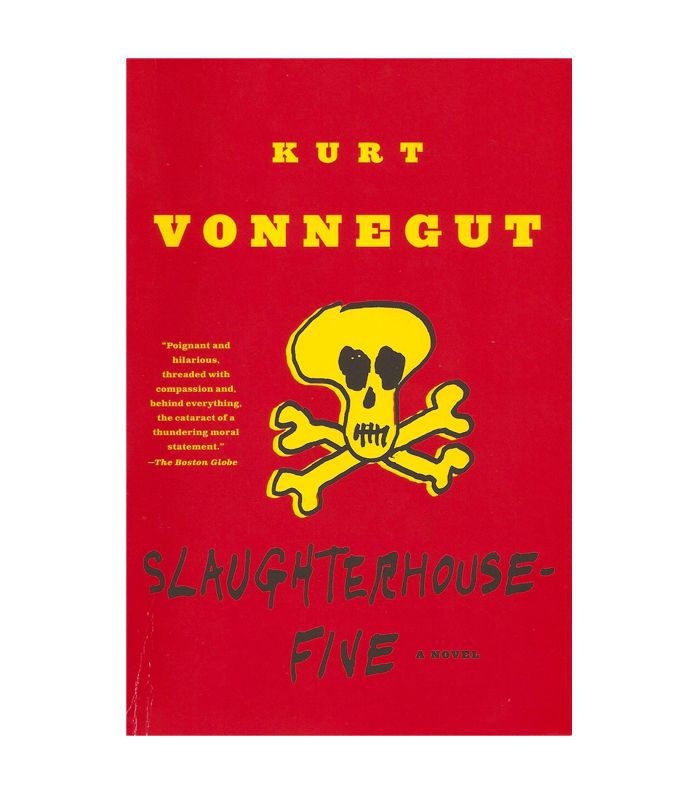 Kurt Vonnegut is a master novelist, and his science fiction books are some of his best. This novel is at once full of funny, poignant satire and a disturbing war story full of time travel and alien interference. Basically, everything we could ever want in a book.

Tone Teaser: "Everything was beautiful and nothing hurt."

Now that you have a complete reading list of the best fantasy books, check out these must-reads, from psychological thrillers to romance novels, graphic novels, and even satirical fiction.