These 22 Books are the Best Feminist Reads of All Time

A well-read woman is a dangerous creature.

Somewhere along the way in the movement for equality, the "F-word" has become a euphemism for feminism, implying that it's dirty, shameful, and offensive. While it seems to be getting more and more loaded and misunderstood, it also grows more and more essential. Indeed, at its core, feminism is simply "the theory of the political, economic, and social equality of the sexes," as Merriam-Webster defines it.

In an effort to reshape the conversation and spread the knowledge of what gender equality is all about, we rounded up 10 books that challenge, inspire, uphold, and unpack feminism. After all, as author Lisa Kleypas says, "A well-read woman is a dangerous creature." Each book teaches us about feminism's transformative power, why we need it, and how to really harness it to create effective change.

Here are our picks for the 10 most empowering books on feminism.

This Will Be My Undoing by Morgan Jenkins 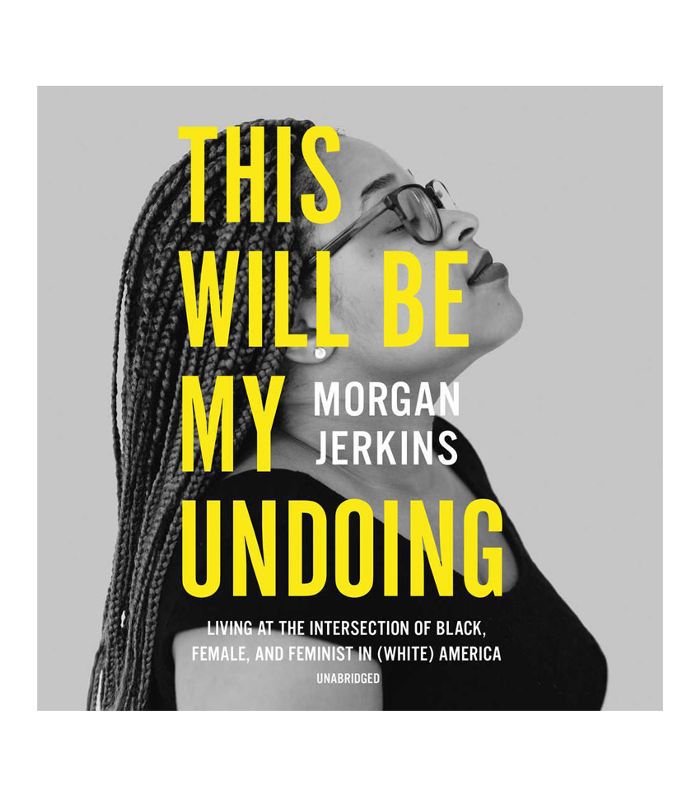 Morgan Jenkins This Will Be My Undoing $14
Shop

Morgan Jenkins writes about the intersection of sexism and racism and what it means to be a black woman in America today. She reveals the ways in which the mainstream feminist movement has silenced and marginalized her, and how we should get it back on track. Each chapter tackles a different subject, ranging from her relationship with her body to travel to foreign places as a woman of color, to the painful ramifications of colorblindness, and more.

Words of Wisdom: "We cannot come together if we do not recognize our differences first. These differences are best articulated when women of color occupy the center of the discourse while white women remain silent, actively listen, and do not try to reinforce supremacy by inserting themselves in the middle of the discussion."

Another Feminist Book Like This One: Sister, Outsider by Audre Lorde 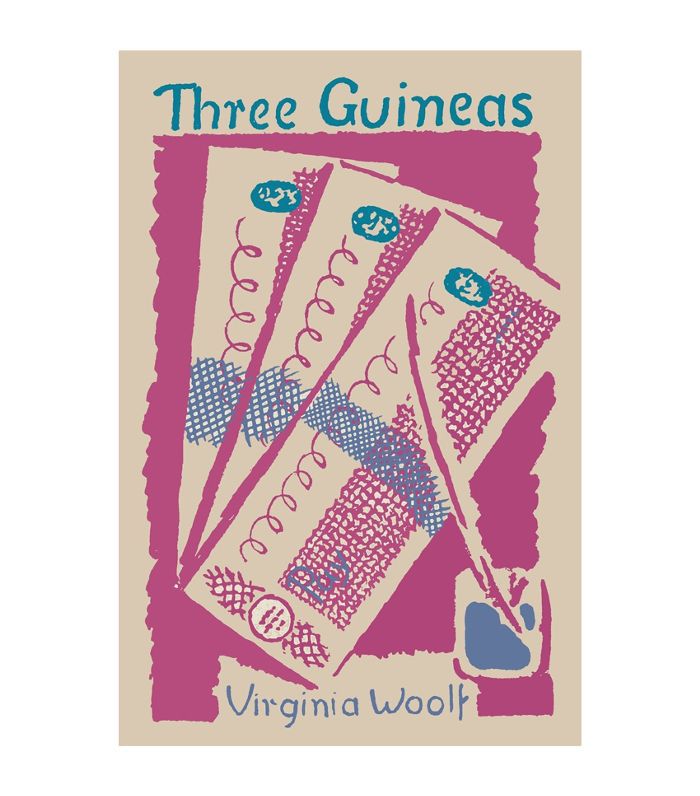 Though many applaud A Room of One's Own as Woolf's seminal feminist manifesto, Three Guineas definitely deserves a spot on your gender studies shelf. In fact, reading this book will change the way you perceive and express patriotism as a woman. It was originally written as a letter expressing why Woolf could not support the anti-war movement as men had, despite being a staunch pacifist herself.

Words of Wisdom: "Though we see the same world, we see it through different eyes."

Another Feminist Book Like This One: Regarding the Pain of Others by Susan Sontag 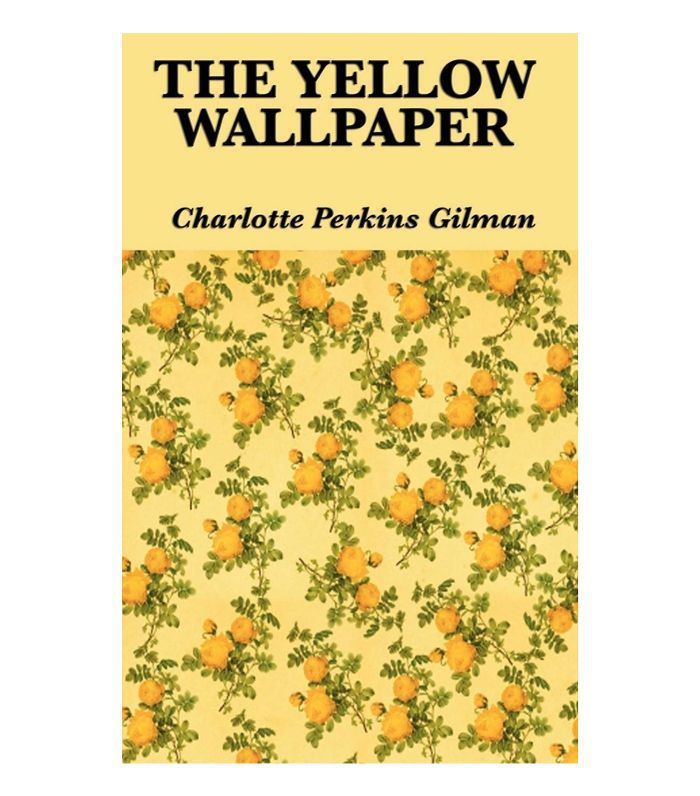 Charlotte Perkins Gilman's short story was one of the first of its kind to emerge in 1892. You can read it as a feminist gospel that speaks to the patriarchal oppression of women both in private and public life, or you can read it as a horror story about one woman's descent into madness.

Words of Wisdom: "You think you have mastered it, but just as you get well under way in following, it turns a back somersault and there you are. It slaps you in the face, knocks you down, and tramples upon you."

Another Feminist Book Like This One: The Bell Jar by Sylvia Plath

The Argonauts by Maggie Nelson 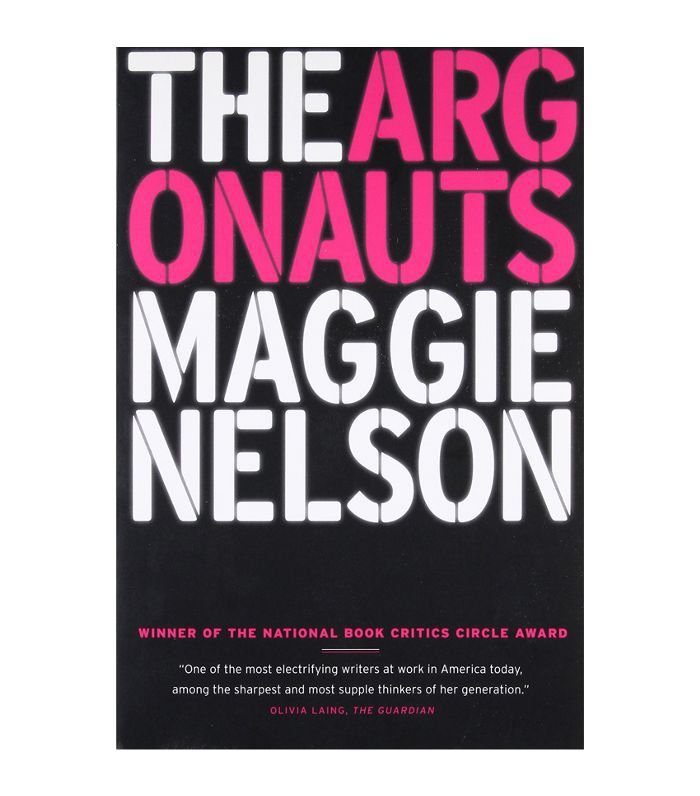 Maggie Nelson has a way of combining innovative intellectual thoughts with emotional impact. Seriously, every sentence in this critically acclaimed genre-bending memoir is worth underlining. In this book, she wrestles with notions of desire, identity, and limitations (and possibilities) of love and language. She also offers up new ways of being feminists today—ways that don't live neatly inside the mainstream conventions.

Words of Wisdom: "How does one get across the fact that the best way to find out how people feel about their gender or their sexuality—or anything else, really—is to listen to what they tell you, and to try to treat them accordingly, without shellacking over their version of reality with yours?"

Another Feminist Book Like This One: Hunger Makes Me a Modern Girl by Carrie Brownstein 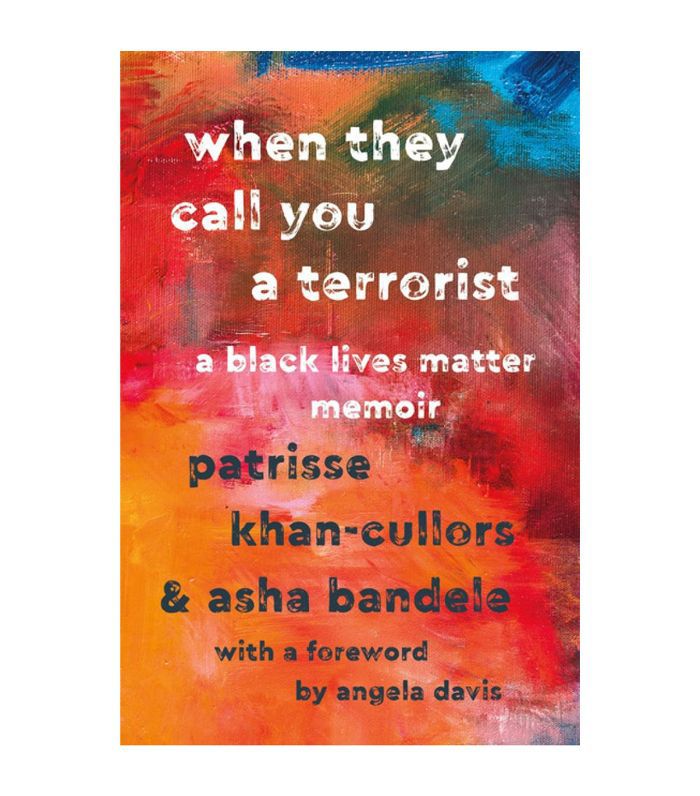 Written by one of the co-founders of the Black Lives Matter movement, this book is essential reading. Khan-Cullors opens about her own life and discusses what catalyzed her to spearhead the movement to end police violence against people of color. In it, you'll hear about the ways in which the human rights movement overlap with anti-sexism and anti-racism.

Words of Wisdom: "What kind of society uses medicine as a weapon?"

Another Feminist Book Like This One: Women, Race & Class by Angela Davis 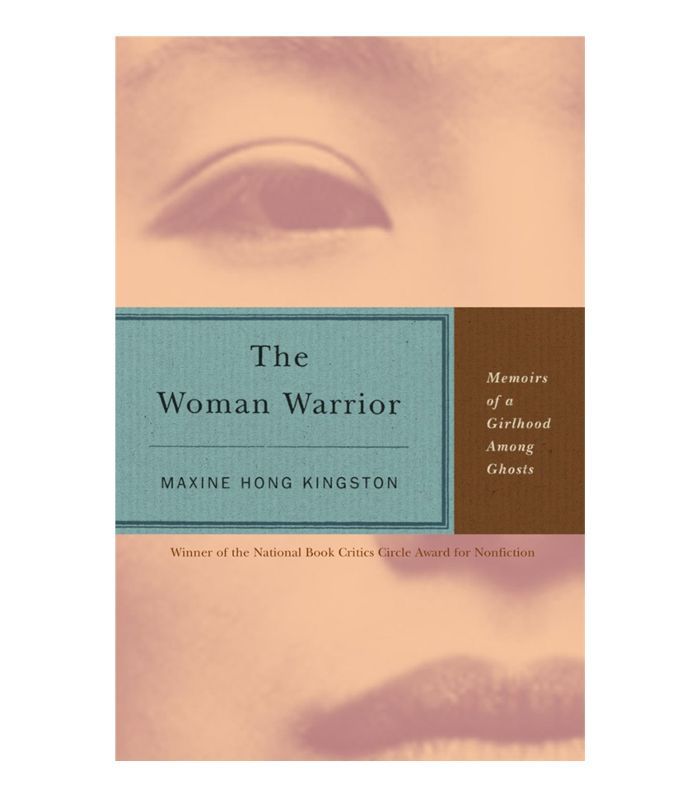 Maxine Hong Kingston's book is now considered an American classic, and she is one of the pioneering memoirists to challenge the conventions of the genre. Neither straight autobiography nor fiction, she writes about her family's past, Chinese legend, her own childhood, and how all of these manifest to both define, reshape, and fuel her place in feminism.

Words of Wisdom: "I learned to make my mind large, as the universe is large so that there is room for paradoxes."

Another Feminist Book Like This One: The Second Sex by Simone de Beauvoir

Not That Bad by Roxanne Gay 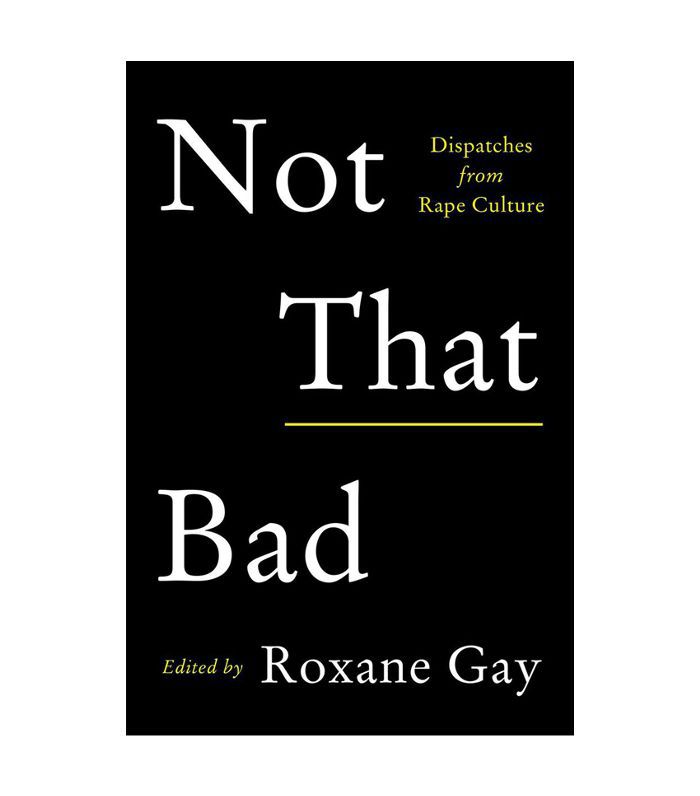 Roxanne Gay Not That Bad $15
Shop

Edited by Roxanne Gay, this collection of essays features voices and stories from across the board. It's a call to action to bear witness to sexual assault and combat the actions and words that enable or normalize rape culture. It's a powerful collection that will change the way you think about the agency, intimacy, relationships, power, and so much more.

Words of Wisdom: "No one gets to rake over the details of my life and determine if they think what happened to me was bad enough for me to have earned my scars, my limitations, my superpowers."

Another Feminist Book Like This One: We Should All Be Feminists by Chimamanda Ngozi Adichie 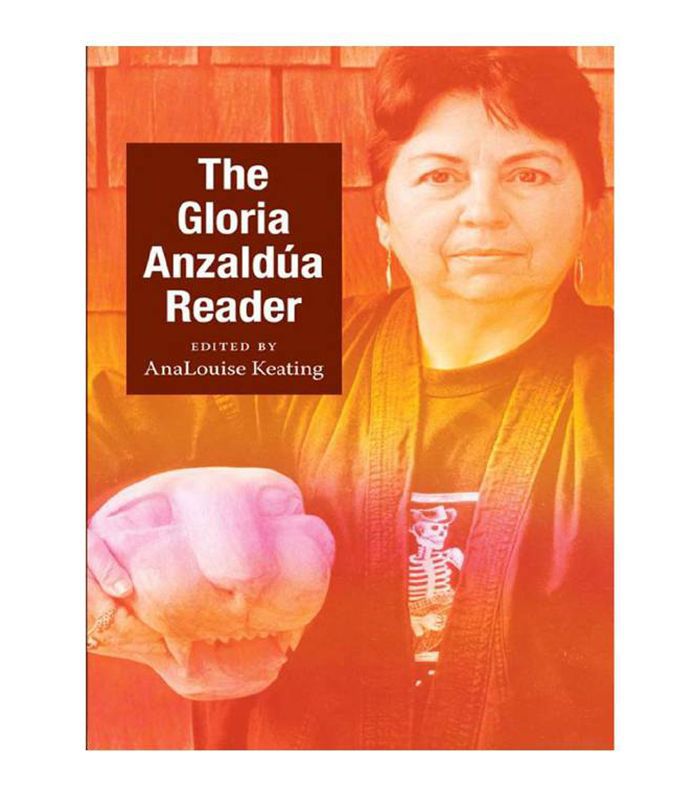 Pick up this reader if you're interested in learning more about identity formation, intersectional feminism, and immigration. Since she's a cultural theorist, the concepts Anzaldúa grapples with are as groundbreaking as they are complex, so it helps if you come with patience and a dictionary. We recommend starting with the essay "Borderlands / La Frontera," in which she discusses the construction of borders, both empirical and abstract, that separate, control, hierarchize, and mark people.

Words of Wisdom: "Borders are set up to define the places that are safe and unsafe, to distinguish us from them. A border is a dividing line, a narrow strip along a steep edge. A borderland is a vague and undetermined place created by the emotional residue of an unnatural boundary. It is in a constant state of transition."

Another Feminist Book Like This One: Methodology of the Oppressed by Chela Sandoval

Men Explain Things to Me by Rebecca Solnit 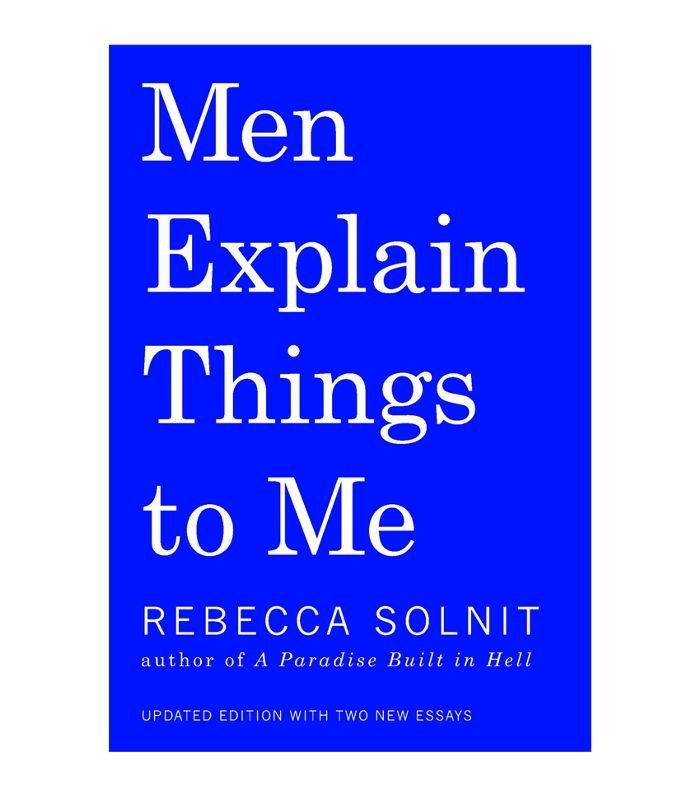 This book-length response to the maddening phenomenon of mansplaining puts words into the feelings many of us have. Some of it is humorous, some of it cathartic, and it's always poignant and eye-opening. Solnit's prose is smart, direct, and easy to follow, expressing the ways in which language and discourse perpetuate gender inequality, and how we can actively change that.

Words of Wisdom: "Most women fight wars on two fronts, one for whatever the putative topic is and one simply for the right to speak, to have ideas, to be acknowledged to be in possession of facts and truths, to have value, to be a human being."

Another Feminist Book Like This One: The Feminine Mystique by Betty Friedan

Ain't I a Woman: Black Women and Feminism 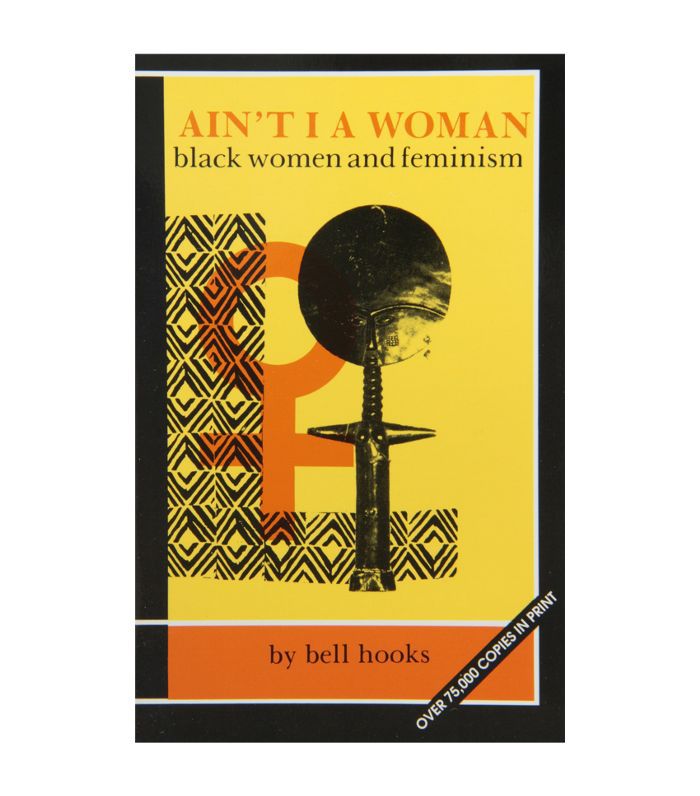 Named after Sojourner Truth's famous speech delivered in 1851, this book explains the need for an intersectional framework in law, mass media, education, and more. Hooks is a renowned leader in intersectional critical theory and she brilliantly dissects social patterns and mass media, putting hard-to-grasp concepts into language we can understand and grow from.

Words of Wisdom: "The process begins with the individual woman's acceptance that American women, without exception, are socialized to be racist, classist and sexist, in varying degrees, and that labeling ourselves feminists does not change the fact that we must consciously work to rid ourselves of the legacy of negative socialization."

Another Feminist Book Like This One: Living a Feminist Life by Sara Ahmed

The Handmaid's Tale by Margaret Atwood 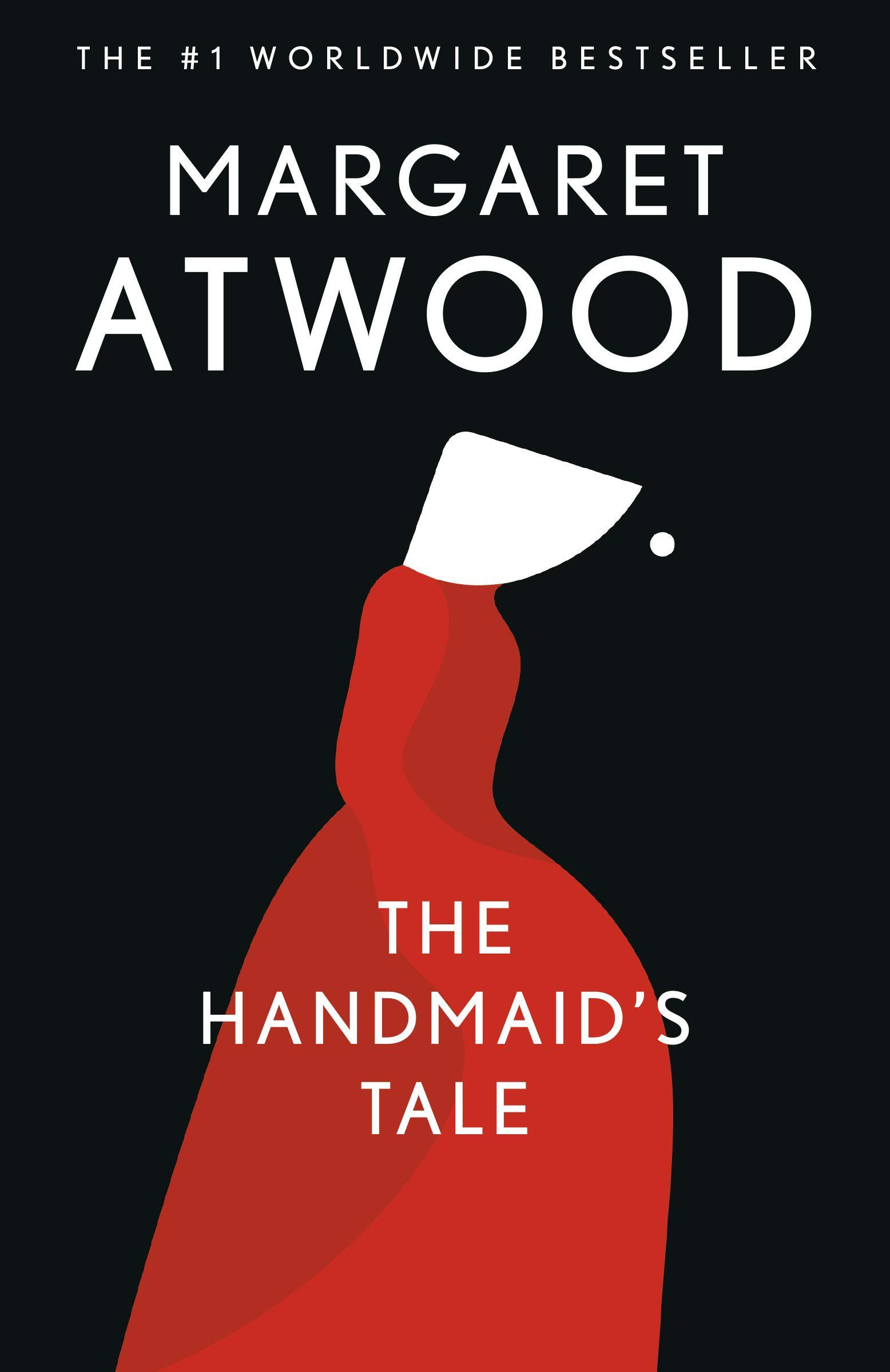 Whether you read it in high school or you watched the Hulu show, this thought-provoking 1985 dystopian novel remains a classic. It's set in a futuristic New England where the few fertile women around must birth children for others. Their ovaries are all that make them valuable. Atwood published a sequel, The Testaments, more than 20 years later in 2019. It takes place 15 years after the final scene of The Handmaid's Tale.

Words of Wisdom: “Ignoring isn’t the same as ignorance, you have to work at it.”

Another Feminist Book Like This One: Secondborn by Amy A. Bartol