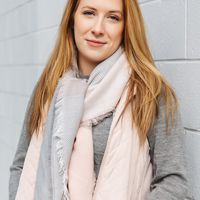 Whether you’re hanging out with your roommates, visiting family, or planning a double date, you can get some quality face time with the group by breaking out a four-person board game. Just think: Instead of simply staring at the TV, you’ll be able to talk, laugh, and create (healthy) rivalries—who knows, maybe you’ll even create a new ritual for everyone to look forward to!

If you're bored of the classic four-person board games, there’s a whole world of exciting new games that bring fresh challenges to the table…literally! In addition to fun twists on strategy and deck-building games, there are a number of engaging cooperative board games out there—perfect for when you’re playing with someone who’s known to get a little too competitive.

Here, the best four-player board games. 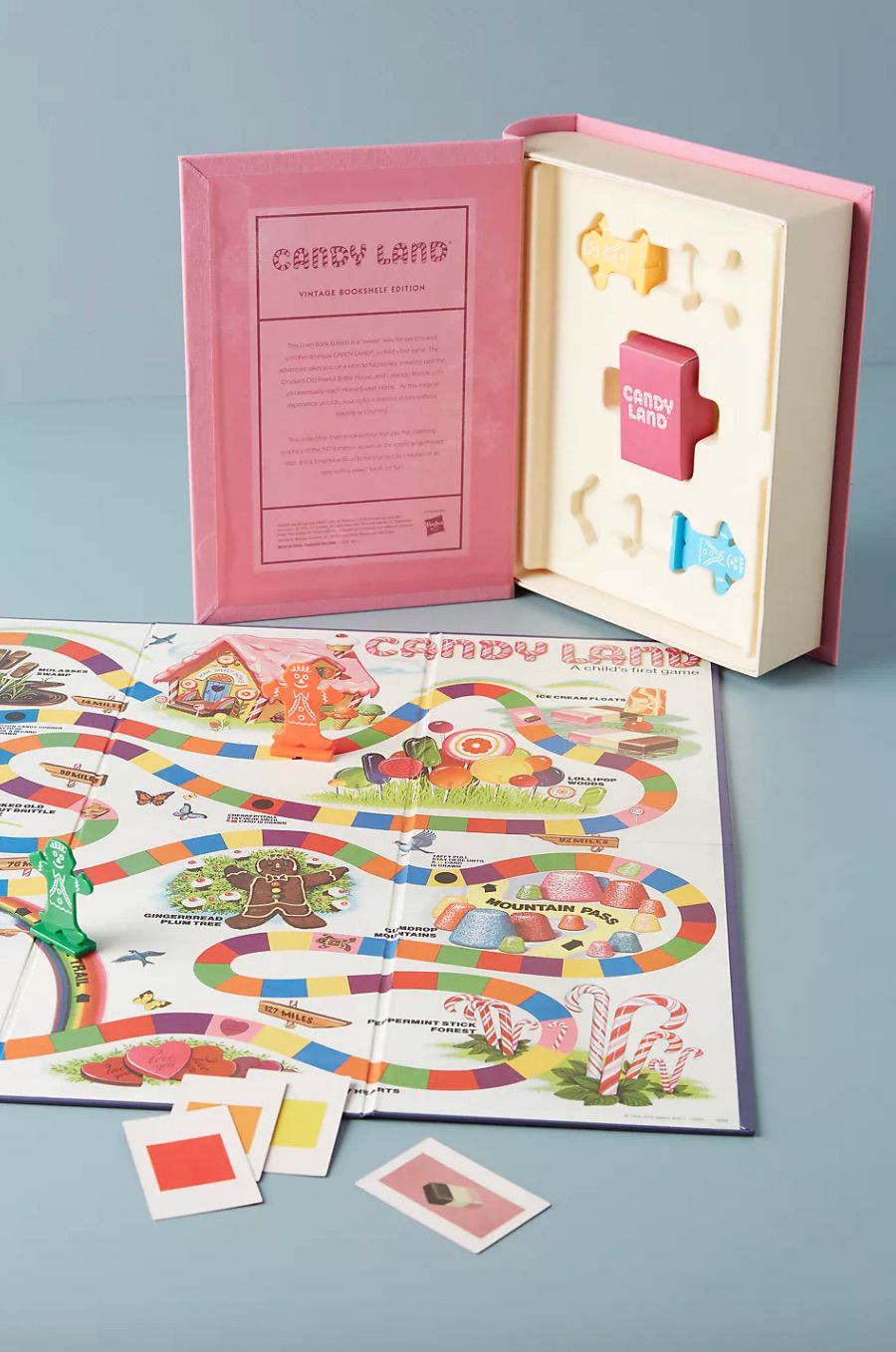 No board game roster is complete without Candy Land—after all, it's a classic that's been played for generations. This vintage edition includes a game board, cards, and four playing pieces so you and your friends can enjoy it together. Though the game typically comes in a larger box, this version includes a linen-bound case that's meant to be put on display (or slid onto your bookshelf) when it's not being used. 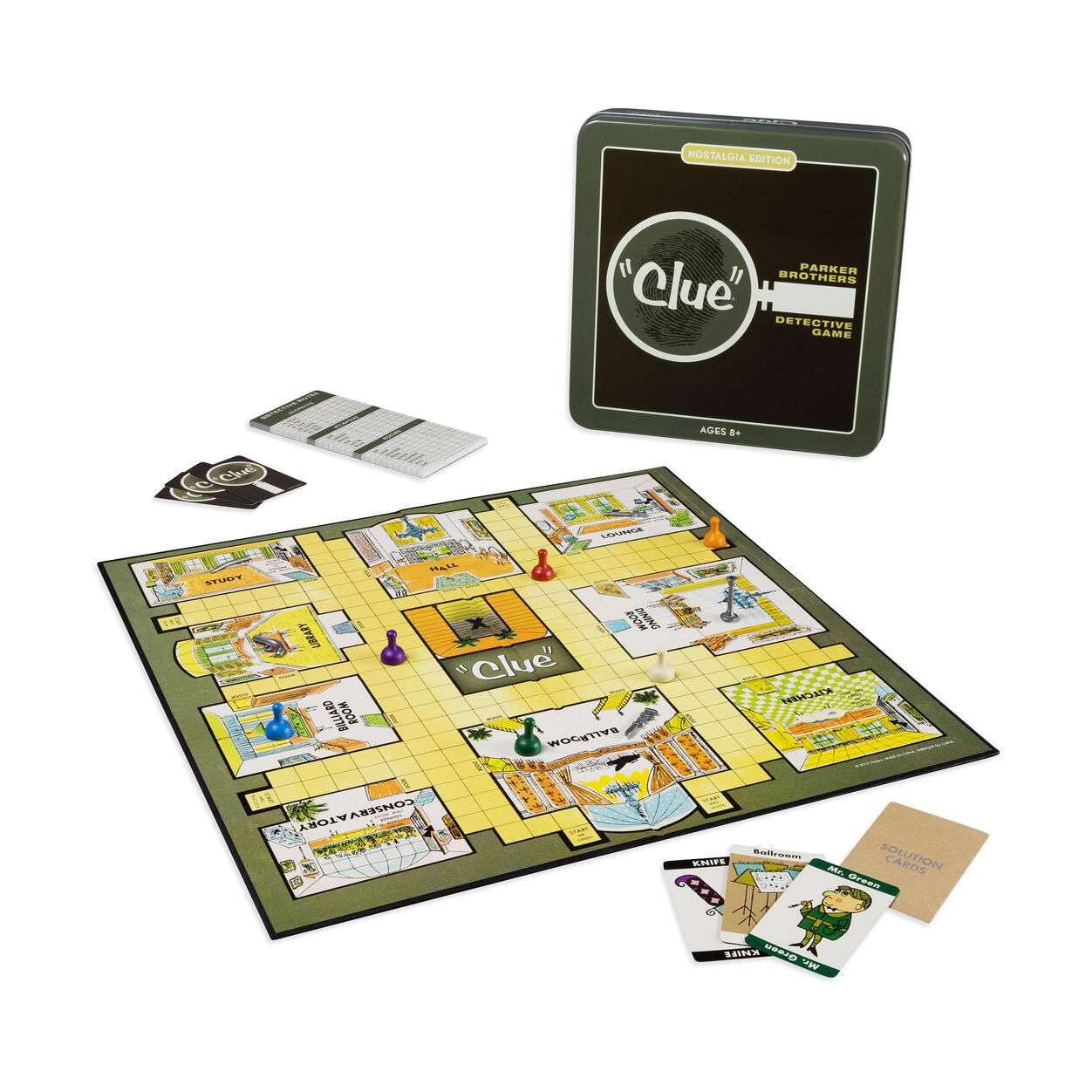 Courtesy of Bed Bath & Beyond

View On Kohls.com View On Macy's View On Moma.org

If you're looking for a nostalgic option that's sure to keep everyone entertained, consider adding Clue to your collection. Participants will be able to bring out their inner detective in a classic game of whodunnit. Though the game has been updated over time, this one celebrates the original 1963 version with old-school graphics and other vintage elements. It even comes with a collectible box as well, so it's easy to store all the game pieces once you've solved the mystery. 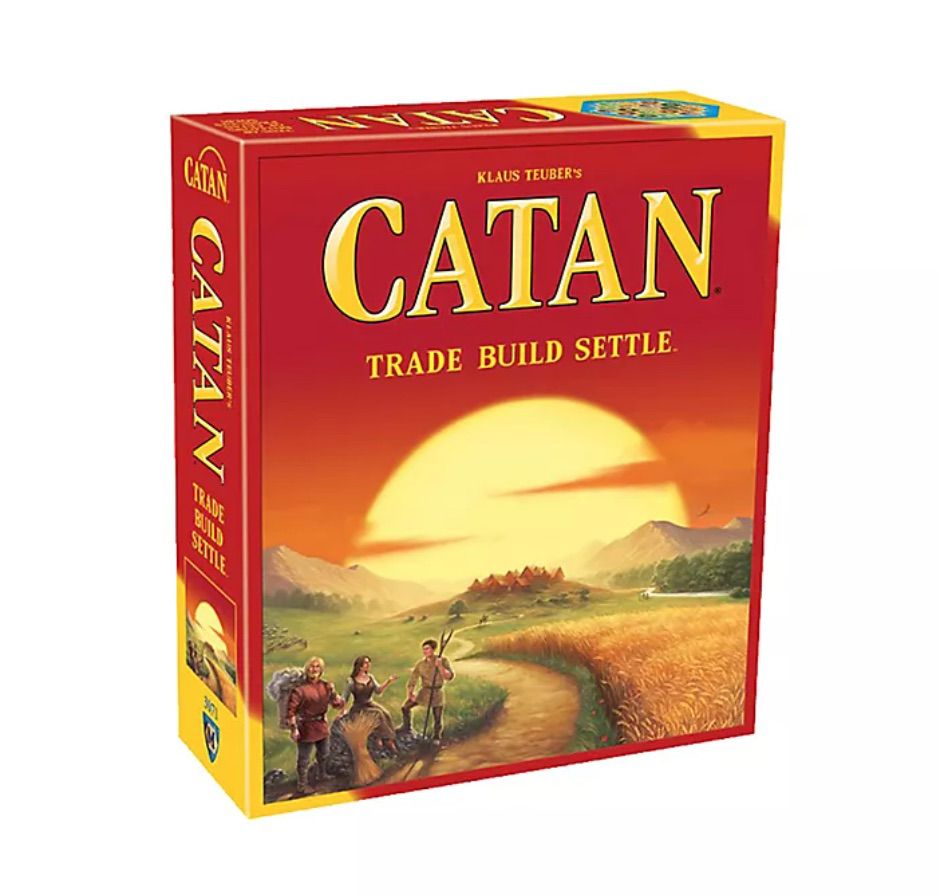 Catan has quickly become a new cult-classic board game, thanks to its addictive gameplay and high replay value. No two games will be the same thanks to its unique board, which is made up of hexagon-shaped pieces that are arranged randomly every time you play.

In this three- or four-player game, you race to build a settlement on the island of Catan, collecting resources to build roads, settlements, and cities. The more you build, the more points you earn, but watch out! Your opponents can sabotage your plans using the nefarious robber token or by cutting off your settlement from the rest of the board.

The more you play Catan, the better it gets, and if you want to add challenging new elements to the game, there are a variety of expansion packs to purchase, including Seafarers and Explorers & Pirate.

Days of Wonder Ticket To Ride 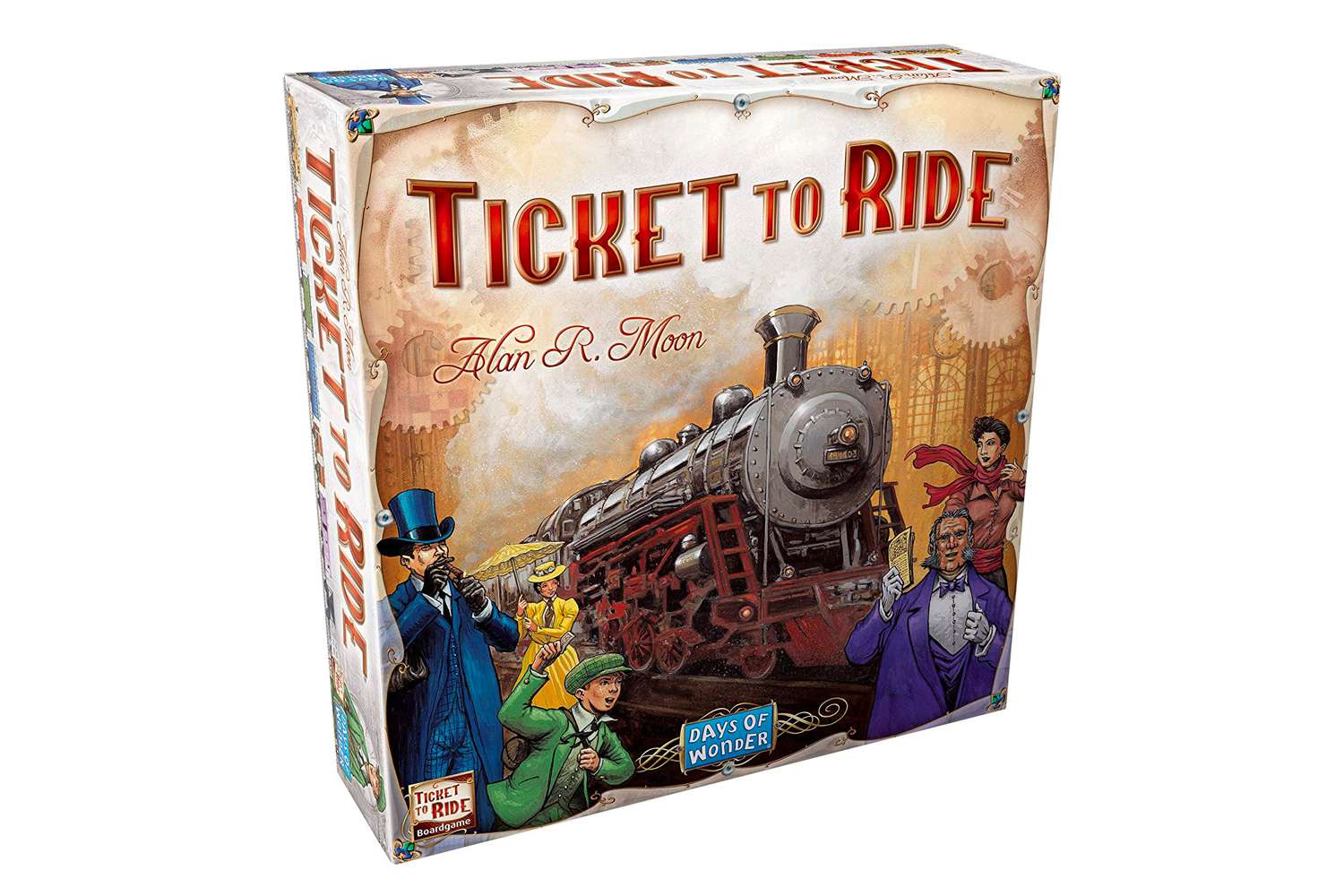 This award-winning game will almost certainly become one of your go-to options for game night. Ticket to Ride can be played with anywhere from two to five players, but four people is the sweet spot so that it’s challenging but not impossible.

To play, you collect cards to build train routes across the board, which depicts North America. Each route you complete earns you points, but you have to act fast, as other players will be gunning for the same locations as you! People love the fast-paced, competitive nature of Ticket to Ride, and it’s easy to learn, making it a great option for novice gamers. 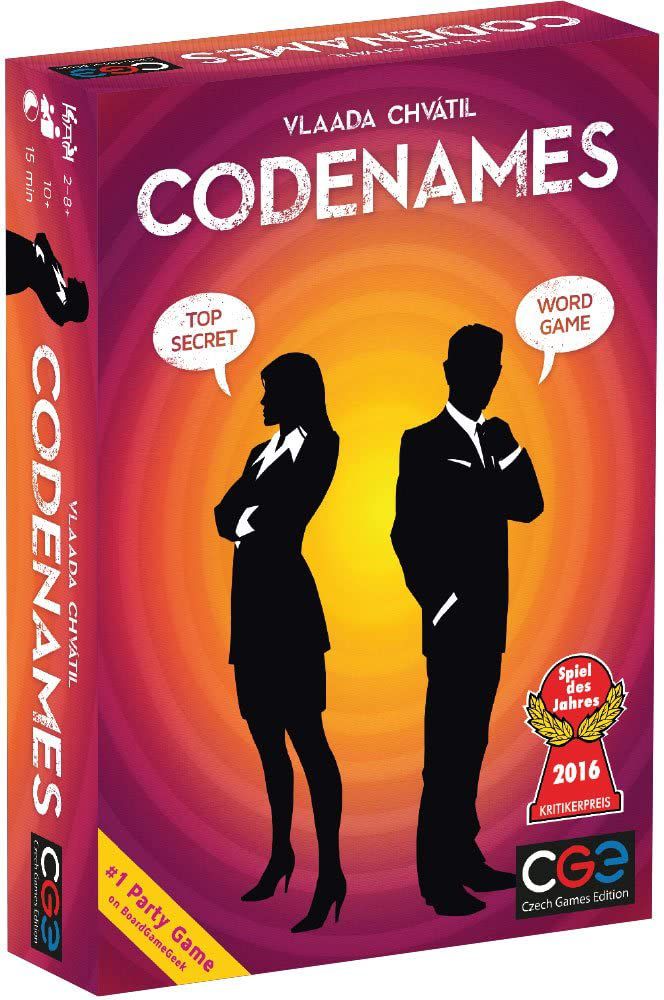 View On Amazon View On Kohls.com View On Macy's

Codenames is basically taking over the world. This super-popular word association game is always a hit at parties, as it’s extremely fun and competitive, especially when you have four (or more) players.

To play, you break up into teams, with the goal of helping your teammates identify “secret agent” cards on the board by giving them one-word clues. For instance, if you want your team to pick the cards that say “fire” and “dog,” you might give them the clue “hot.” The first team to identify all their secret agents wins, but be extra careful not to pick the assassin card, which immediately ends the game. 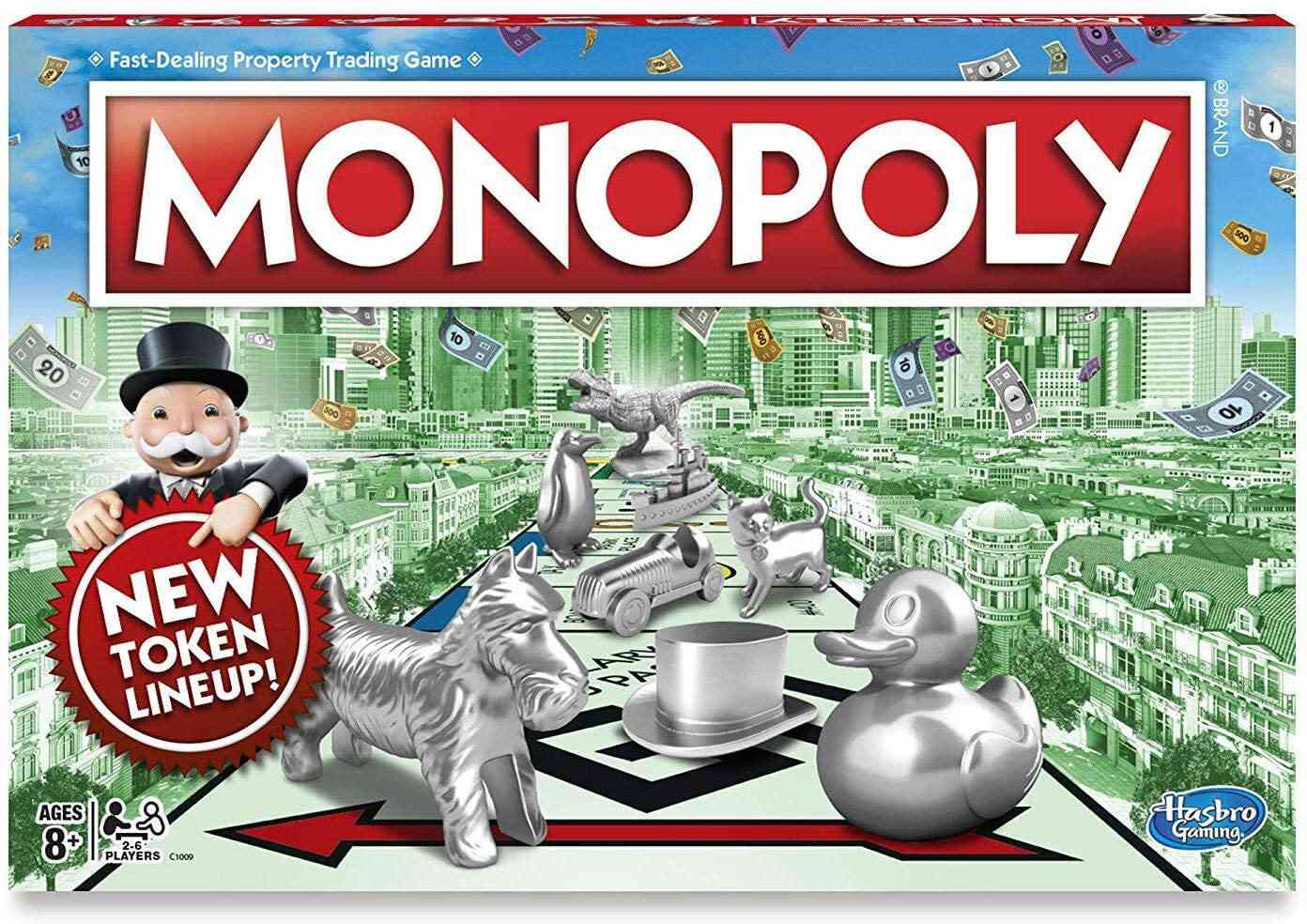 View On Amazon View On Nordstrom View On Boscovs.com

Everyone knows Monopoly, and it’s a classic board game choice when you have two to six players. This iconic game from Hasbro has been revamped with fun new tokens—we’re betting people will fight over who gets to be the dinosaur—but the gameplay remains the same. Players navigate around the board, buying property and building hotels so they can charge their opponents rent, hoping to be the last person standing while everyone else goes bankrupt.

Avalon Hill Betrayal At House On The Hill 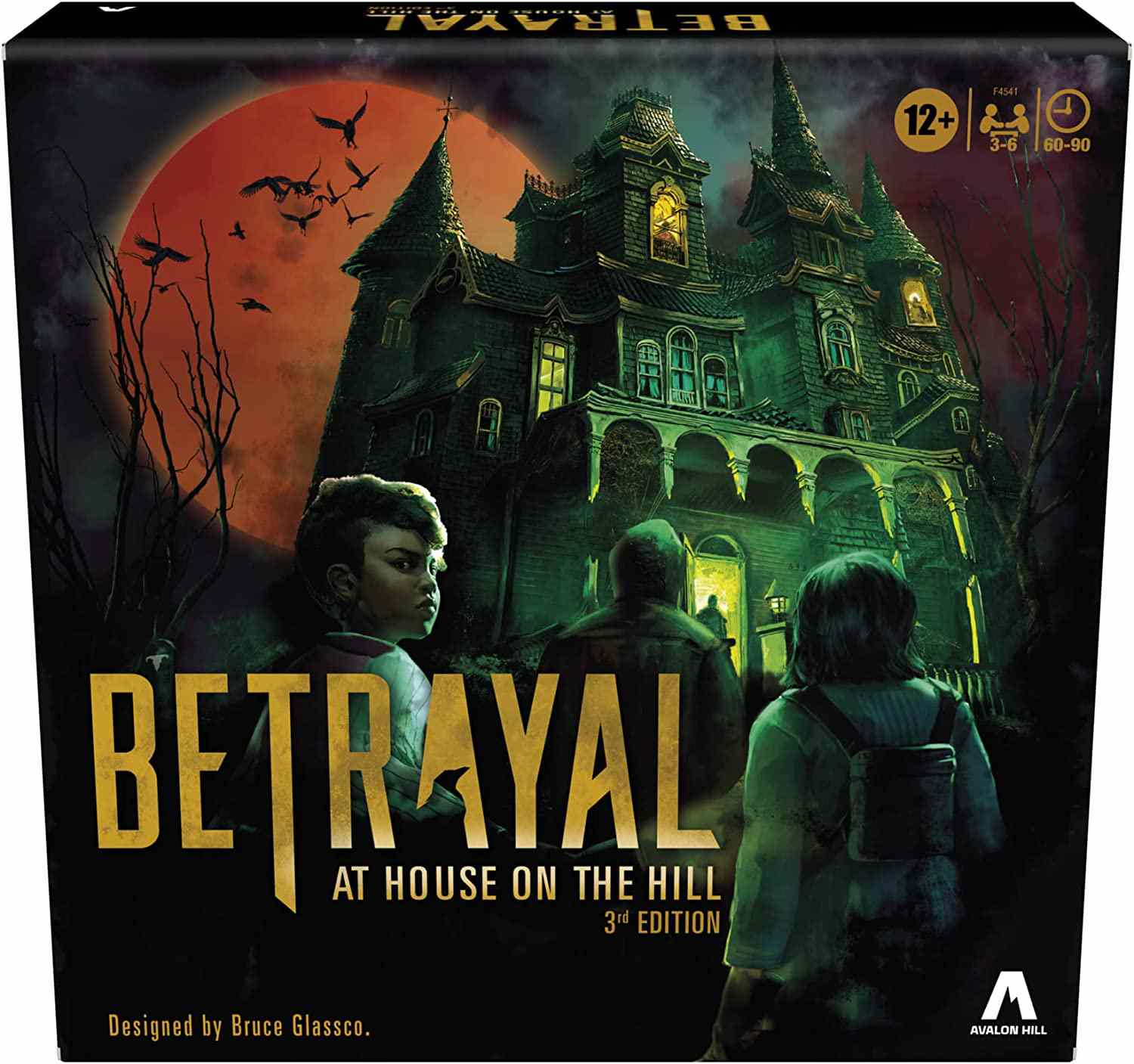 Creepy monsters, spooky scenarios, and betrayal by your own teammates—this award-winning cooperative board game has it all! In Betrayal at House on Hill, three to six players make their way through the haunted house, uncovering weapons, monsters, and more. As the game progresses, someone will become the traitor, and you’ll have to work together to outsmart them. Betrayal at House on Hill can be a bit tricky to learn, but once your group gets the hang of it, you’ll come back to this unique game again and again. 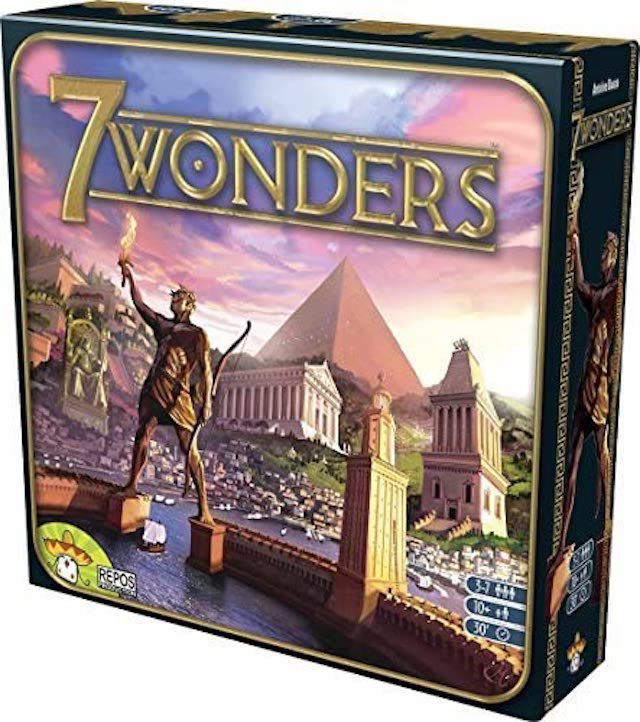 You’ll be transported back to ancient times with 7 Wonders, a popular game for three to six players. Each person becomes the leader of an ancient civilization, and you have to gather resources, create trade routes, build architectural wonders, and keep your enemies in check. Over the course of the game, you lead your civilization through three different “ages,” and the person who racks up the most points at the end is the winner.

If you like Catan, chances are you’ll also enjoy 7 Wonders, which has a faster gameplay. Plus, once you get the hang of the game’s strategy, you can up the ante with one of its expansion packs. 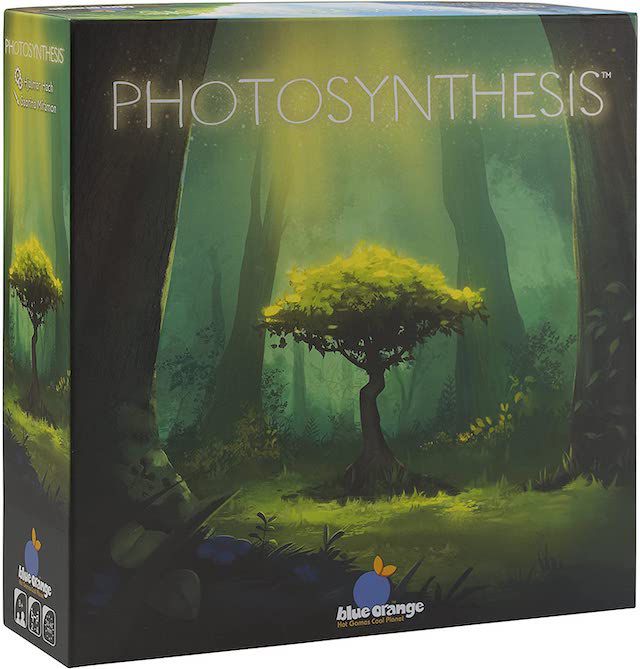 A board game about trees? You better believe it! Photosynthesis might bring you back to biology class, but it’s now an award-winning strategy game where two to four players compete to grow the most fruitful forest. During gameplay, you guide your trees from seed to full bloom to rebirth, and you’ll earn points as their leaves collect energy from the sun, which rotates around the board.

It’s definitely different from other games, but reviewers can’t get enough of Photosynthesis’s unique gameplay and beautiful tree pieces. Many call it deceptively challenging, making it an ideal choice for more experienced gamers. 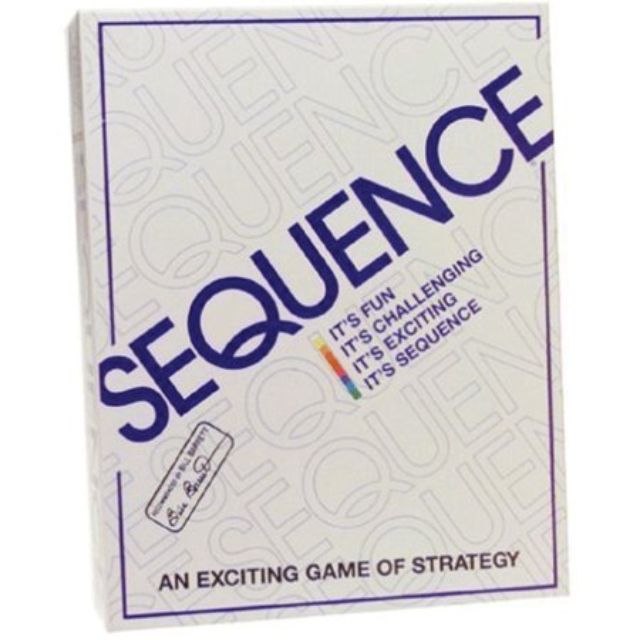 View On Amazon View On Belk.com View On Boscovs.com

Is it bingo? Is it a card game? Nope, it’s Sequence. The object of this fun board game is to place five chips in a row by pulling cards from a deck. Each playing card has two corresponding squares on the board, so choose carefully! And of course, you can always block your opponents or otherwise foil their plans when you pull a “wild” Jack card.

Sequence can be played with anywhere from two to 12 people, and unlike many modern games that come with thick rule books, this one is easy enough to pick up quickly and start playing with confidence.

Plan B Azul Board Game 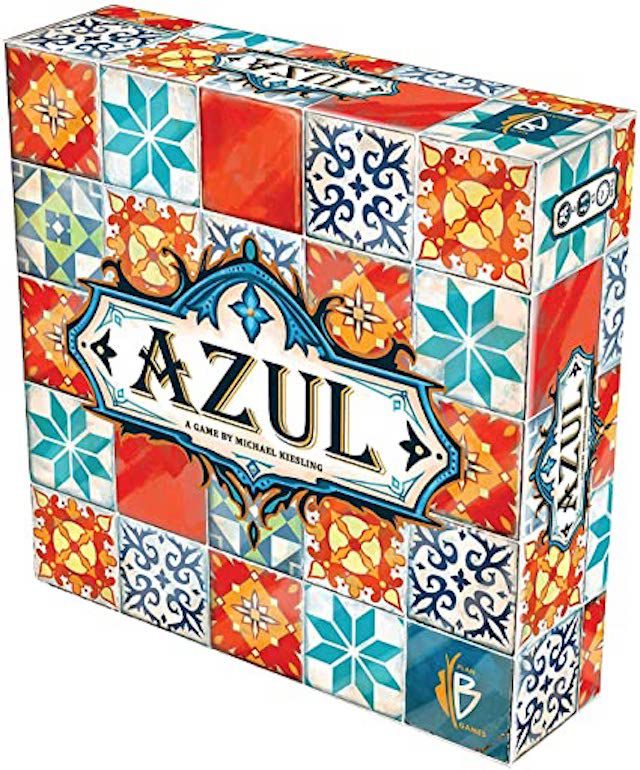 View On Amazon View On Belk.com View On Macy's

Azul is an award-winning board game that’s sure to be a welcome addition to your game cabinet. In this unique game, you’re tasked with creating a beautiful tile mosaic on your personal game board by collecting and placing stunning game pieces.

You can play Azul with two to four people, and you earn points by completing certain patterns and collecting particular tile sets—just be careful not to pick up tiles you can’t use, or you’ll end up losing points in the end. This board game is a great option if you don’t have a ton of time, as it moves quickly and won’t keep you sitting there all night.