Without a Doubt, These Are the Best Period Dramas of All Time

Movies provide a short but sweet escape from the present, especially those that transport us to a different time. Whether you're a history buff or looking for some onscreen inspiration to guide your vintage shopping adventures, or even if you're simply a nostalgic person, period dramas are a go-to genre. Indeed, they give us a hint of what life was like during another time that we'll otherwise never be able to access.

So if you're on the hunt for another period drama to time-travel with (both imaginative and historically anchored portrayals), look no further… Your watch list is about to get a lot longer, thanks to this collection of the 29 best period dramas to enjoy. Whether you're looking for romantic flicks, comedies, thrillers, mysteries, biopics, or indies, they all take place somewhere between the 1700s, 1800s, and pretty much every decade of the 20th century, plus one that takes a look at the early aughts. Get ready to trade in the contemporary moment for a mental vacation to yesteryear—while also getting inspiration from the major décor and style moments—in our roundup of films below.

The Age of Innocence: Directed by Martin Scorsese in the 1990s, this period drama features all the usual suspects, namely Michelle Pfeiffer and Winona Ryder. It will give you a glimpse of New York high society in the late 1800s.

Gangs of New York: Have you ever wanted to see what New York would've been like during the Civil War? This film stars Leonardo DiCaprio and Cameron Diaz and pivots around issues of Irish immigration during a tumultuous period in U.S. history.

Interview With a Vampire: Here's another star-studded cast, complete with Brad Pitt and Tom Cruise. If you like vampires and wonder what New Orleans would be like in the 1700s, here's your movie of choice. 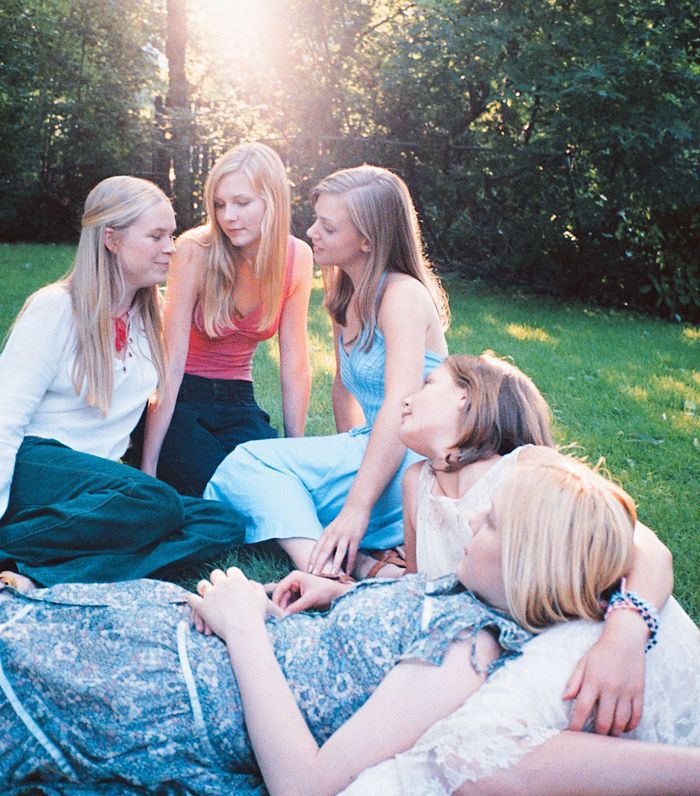 Full of hypnotic visuals, incredible costumes, and an exploration of complex themes set in 1970s America, The Virgin Suicides is, incredibly, Sofia Coppola's directorial debut (and the inception of her partnership with Kirsten Dunst, who dazzles on screen as Lux Lisbon).

The Hours: This film was destined for greatness, thanks to the leading trifecta: Meryl Streep, Nicole Kidman, and Julianne Moore. It takes place over the course of one day in three different time periods and lifetimes, highlighting the lives of three different women, one being Virginia Woolf, another being a 2001 embodiment of Clarissa Dalloway (the protagonist of Mrs. Dalloway), and a midcentury housewife who reads the book religiously.

Titanic: We love rewatching this film, and only because it stars the ultimate power couple, Kate Winslet and Leonardo DiCaprio. The extravagant fashion and opulent décor of the early 20th-century cruise ship always transport us to another dimension.

Marie Antoinette: Leave it to Sofia Coppola to create a movie so aesthetically enchanting. The costumes are riveting, and it's a fascinating piece about the life of the French queen in the years leading up to the revolution. 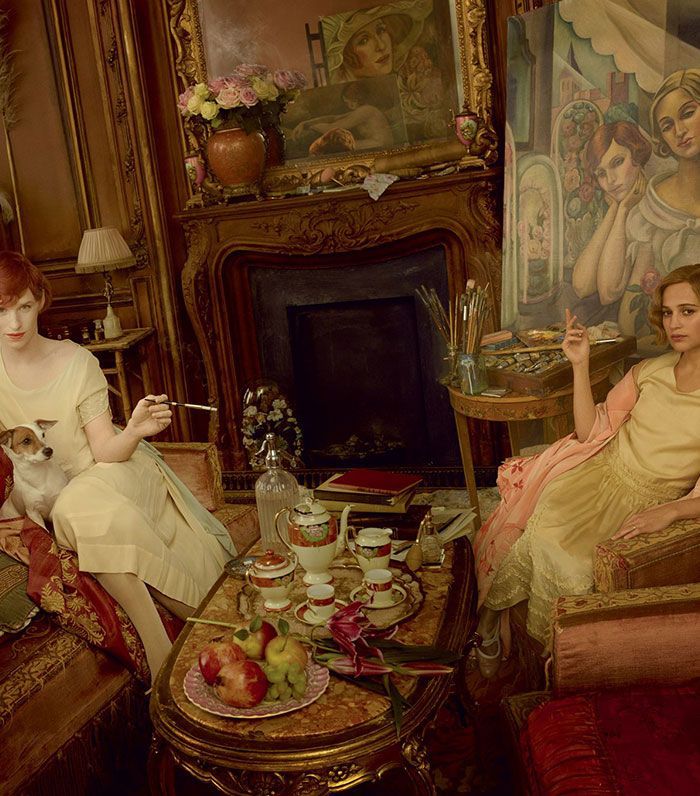 Visually and thematically captivating, The Danish Girl is a must-see. And while it's set in 1920s Copenhagen and France, it transcends time. This film is both a love story and a biopic inspired by the true events of an artist and pioneer in the transgender community, Lili Elbe.

A Room With a View: This film adaptation of E.M. Forster's seminal novel about love and the pursuit of convention versus excitement begins in Florence and then moves into Edwardian England, so it's sure to incite some wanderlust.

Pan's Labyrinth: From the perspective of a Spanish girl living with her general stepfather during Franco's dictatorship, this film is full of magical realism and delightful fantasies that are rooted in the history of Spain.

Chitty Chitty Bang Bang: This children's classic is not to be missed if you love a little magic, fantasy, and magical whimsy set in the 1990s in the European countryside. Dick Van Dyke gets plenty of screentime, which is reason enough to watch it. 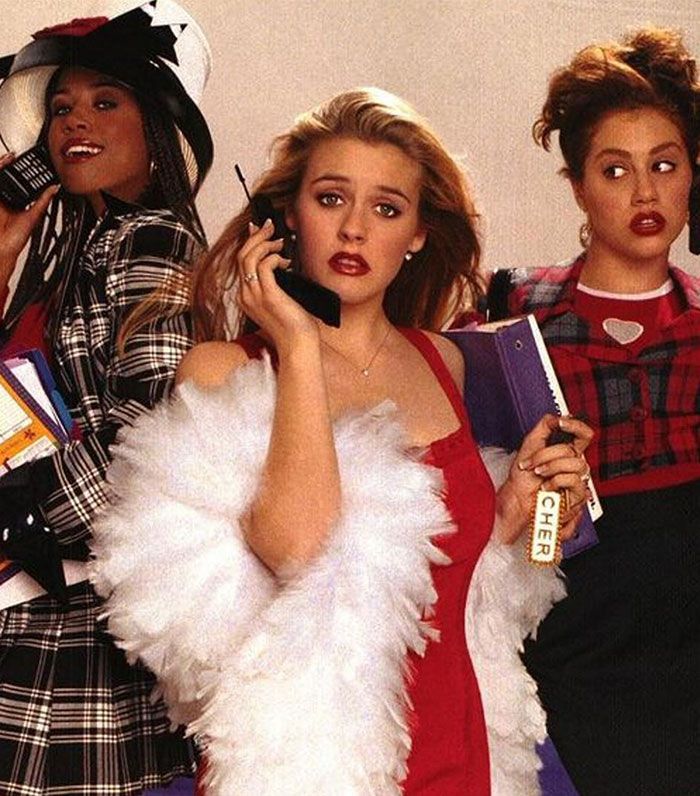 Since this was made in the 1990s, it's technically not a period piece, but we're including this iconic satire anyway since it so perfectly captures the '90s. Clueless puts a playful, thoroughly '90s spin on Jane Austen's classic coming-of-age tale Emma, and it will always be full of sartorial moments worth re-creating.

Midnight in Paris: If you love French literary references, you're in for a treat. Owen Wilson, Rachael McAdams, Kathy Bates, and Adrien Brody await. But more importantly, if you're a literary nut, Faulkner, Hemingway, Stein, and Fitzgerald await…

The Big Short: While this may not qualify as a period piece just yet, it surely will one day. It gives a thorough yet digestible explanation (with a healthy dose of humor) of what exactly led to the Great Recession in 2008.

Pleasantville: Packed with symbolism and philosophical thought, this fun movie pivots around a sibling duo that steps inside a television set to experience a not-so-picture-perfect life in mid-20th-century suburbia. 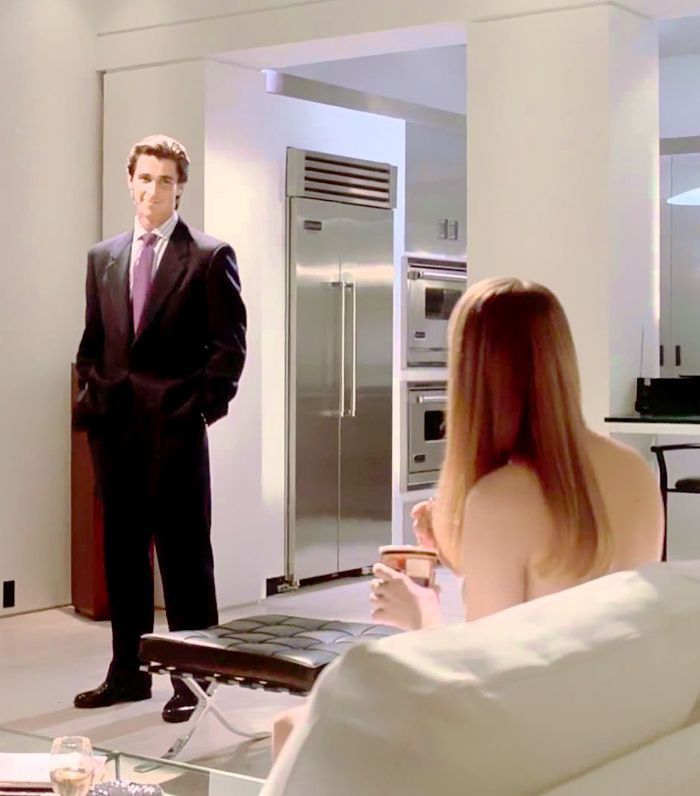 Though more of a psychological thriller than anything, American Psycho does a fantastic job of capturing the yuppie culture of the 1980s through the set designs and all the characters (we're partial to Christian Bale's Patrick Bateman and Chloë Sevigny's Jean).

Atonement: This incredible thriller/mystery/romance film will satisfy all of your movie cravings at once. Starring Kiera Knightley and Saoirse Ronan, this film pivots around a crime and traces it from its inception in 1930 for 60 more years.

El Norte: This film is a thorough history lesson as well as an engaging watch, so you can't go wrong. It's a movie about immigration and the intersection between personal and political strife. Though it was made in the '80s about the then-current political climate in Guatemala, it's a highly evocative and informative film that will reveal a lot of insight about the time.

The Phantom of the Opera: If you love going to the theater, you've likely already fallen in love with this production on stage. The film version definitely won't disappoint you. Set in an early 1900s Parisian opera house, it doesn't get any more magical than this.

In Almost Famous, a high school kid tours with a rock band in the 1970s to write about the experience for Rolling Stone... Now that's a premise we'd like to watch unravel. If you haven't heard the soundtrack nor seen all of Penny Lane's (Kate Hudson) costumes in this film, you're in for a treat. And just in time for Halloween.

Signature Style: It's 1969, and you're going on tour with a band and their groupies, so you can expect plenty of well-curated psychedelic style moments.

Bonus Period Pieces to Add to the Queue: 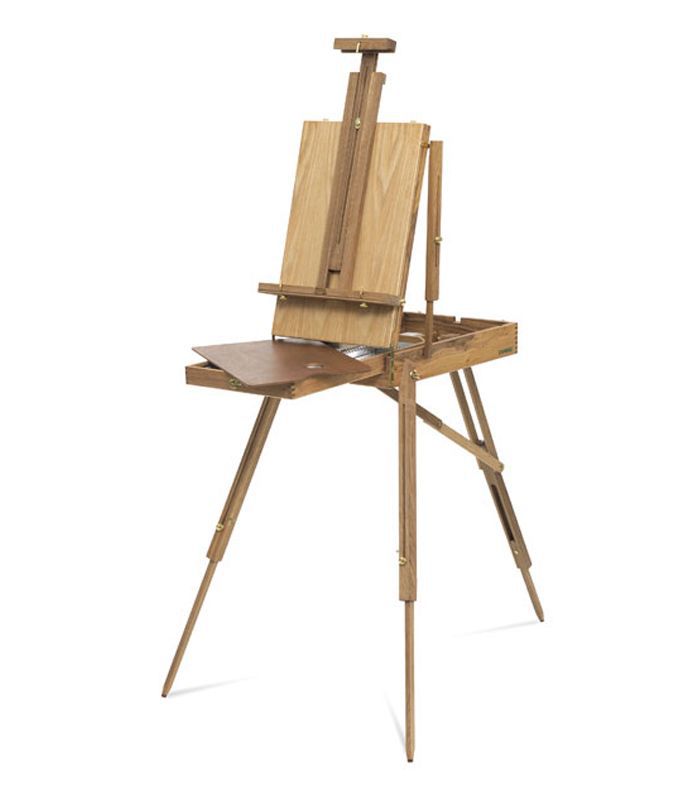 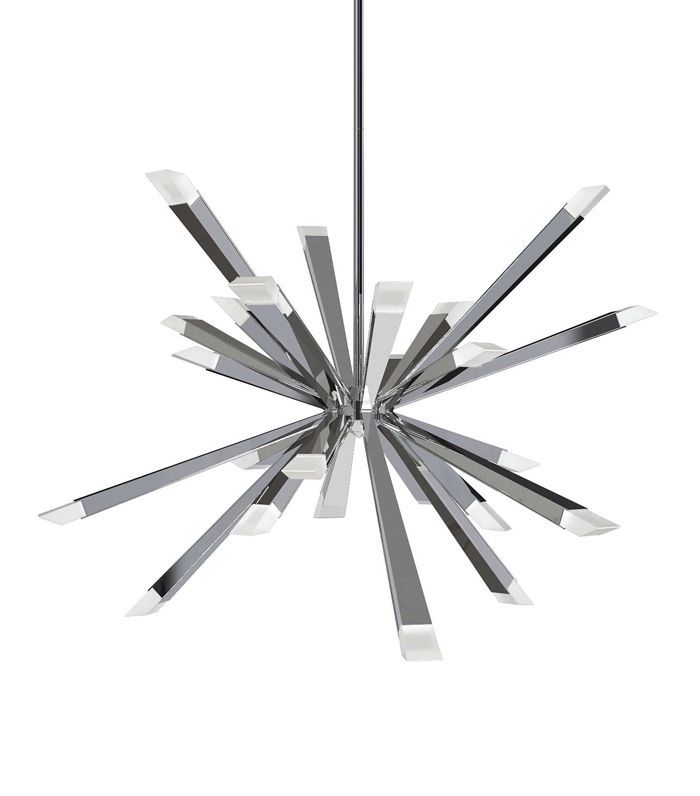 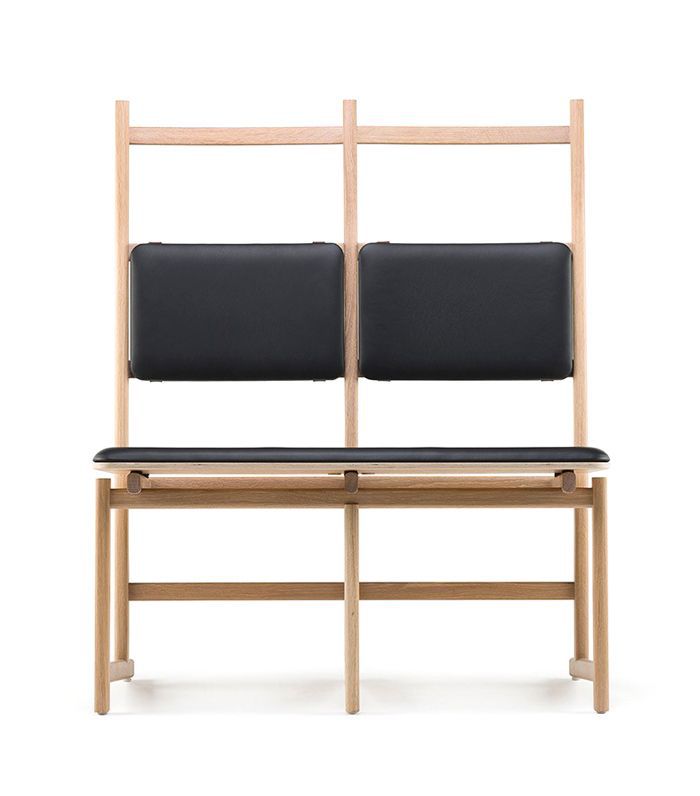 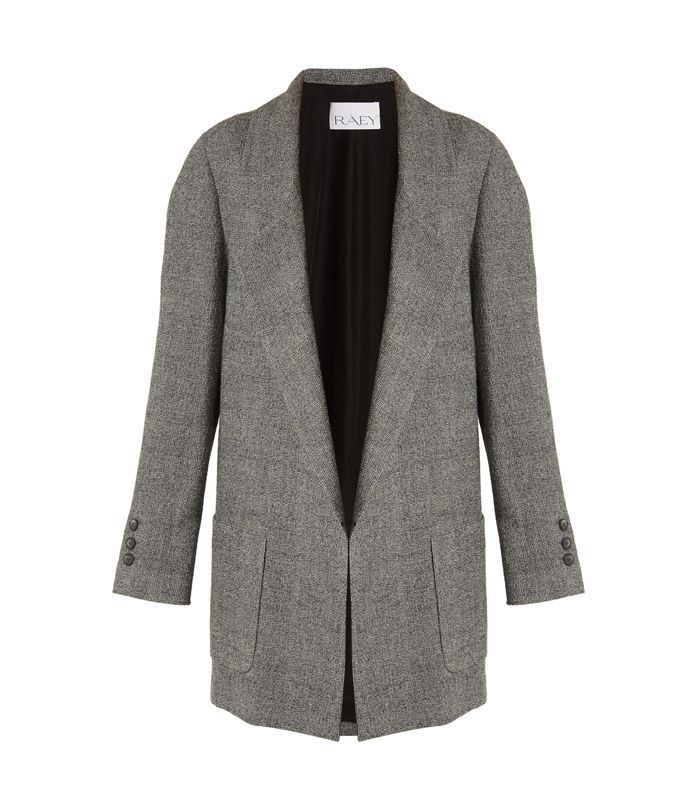 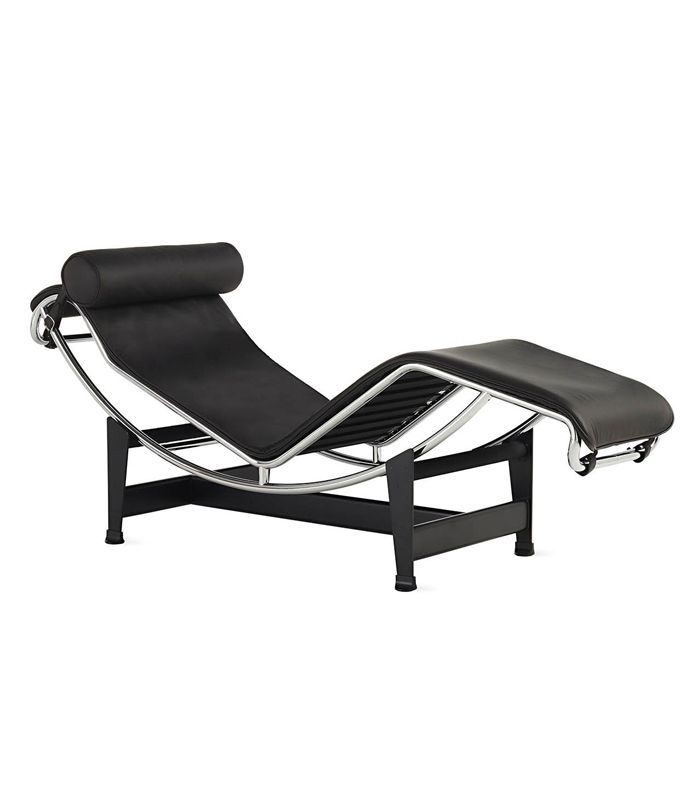 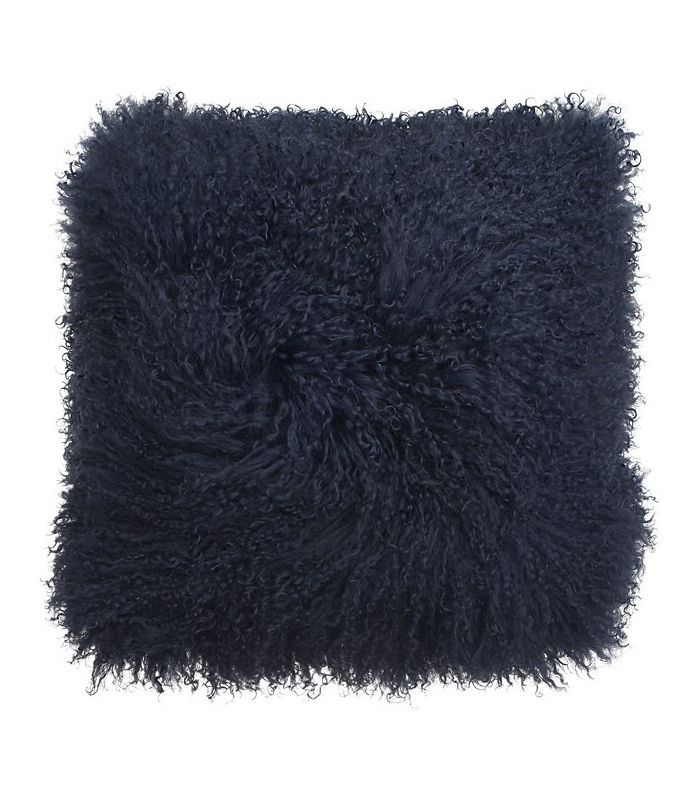 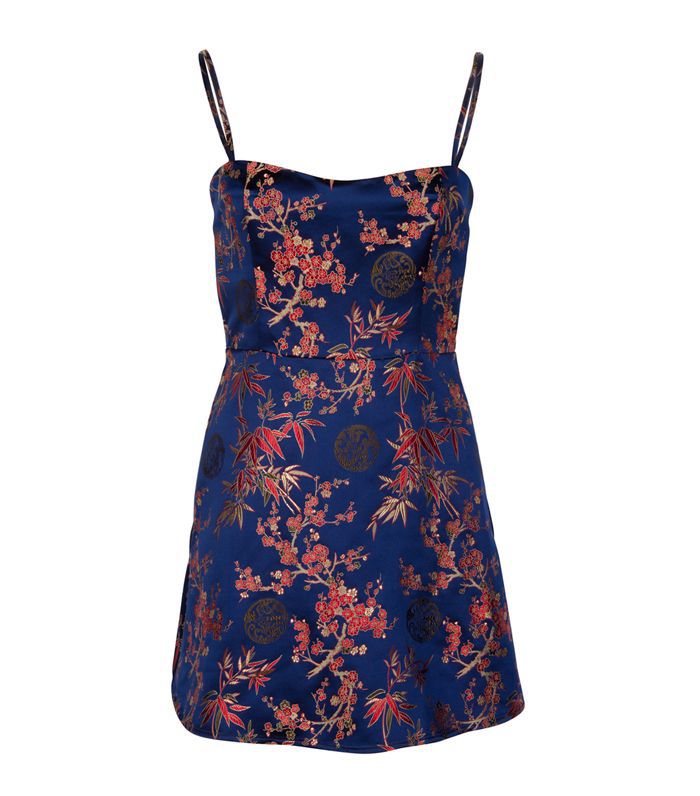 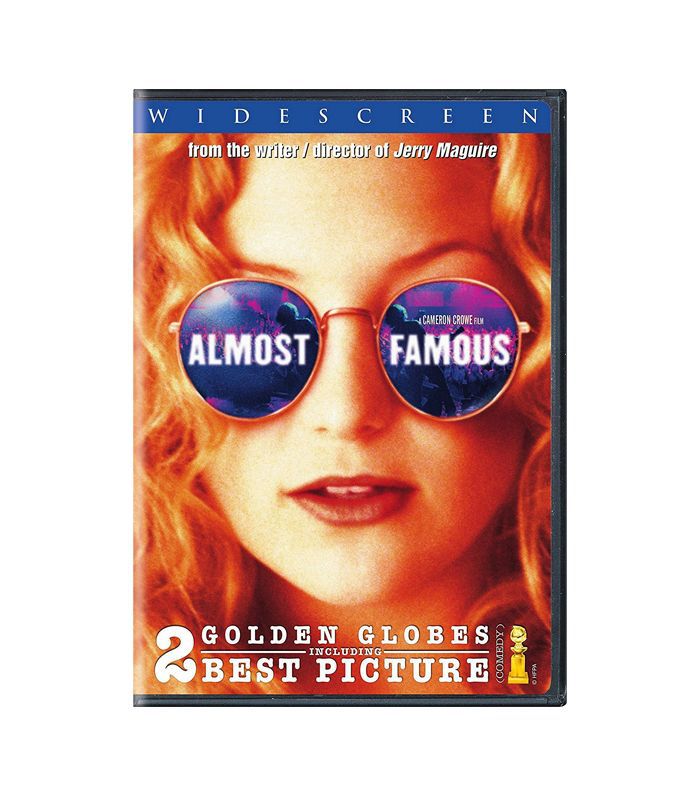