Ah, philosophy. Like that annoying friend who always kills the vibe at a dinner party for the sake of a really meaningful conversation, philosophy loves to make you wrestle with those hard-hitting questions. What is truth? What is reality? Does it even matter? You know, the kind of things human beings have been asking and investigating forever. (To no avail, if you're like Ludwig Wittgenstein, the father of anti-philosophy, but more on that later.) But philosophy is also so much more than that—it's about critical thinking, logic, imagination, ethics, and self-discovery. Indeed, philosophy is one of the most self-aware disciplines around.

To take part in all that soul-searching and to work our intellectual muscle, we rounded up the best philosophy books for beginners, experts, and generally curious minds. We broke our reading list into two sections: philosophy books you'd come across in a classroom setting and philosophical works of fiction. How are they different, you ask? Fiction engages with the particulars of a certain ethic or sentiment while philosophy is essentially an academic hypothesis that explains reality by establishing systems of thought. In other words, fiction enacts philosophy.

Ready to have your mind blown without having an existential crisis? Scroll through our picks for the best philosophy books to read now. 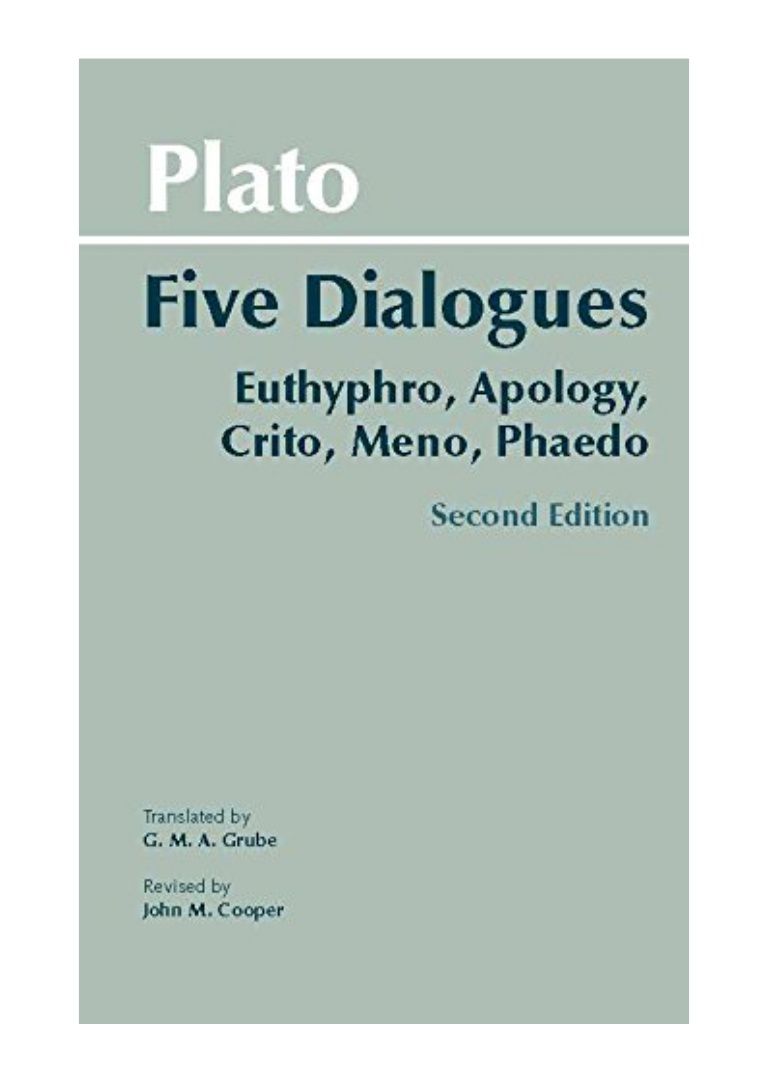 Arguably the most legendary philosopher of all time, Plato's Five Dialogues is a great introduction to his work and the study of philosophy in general. You'll learn about Socrates's life (Plato was his student), the concept of forms, and the notion of the immortal soul. And even though the dialogues are classics, the writing itself is actually quite digestible and easy to follow. 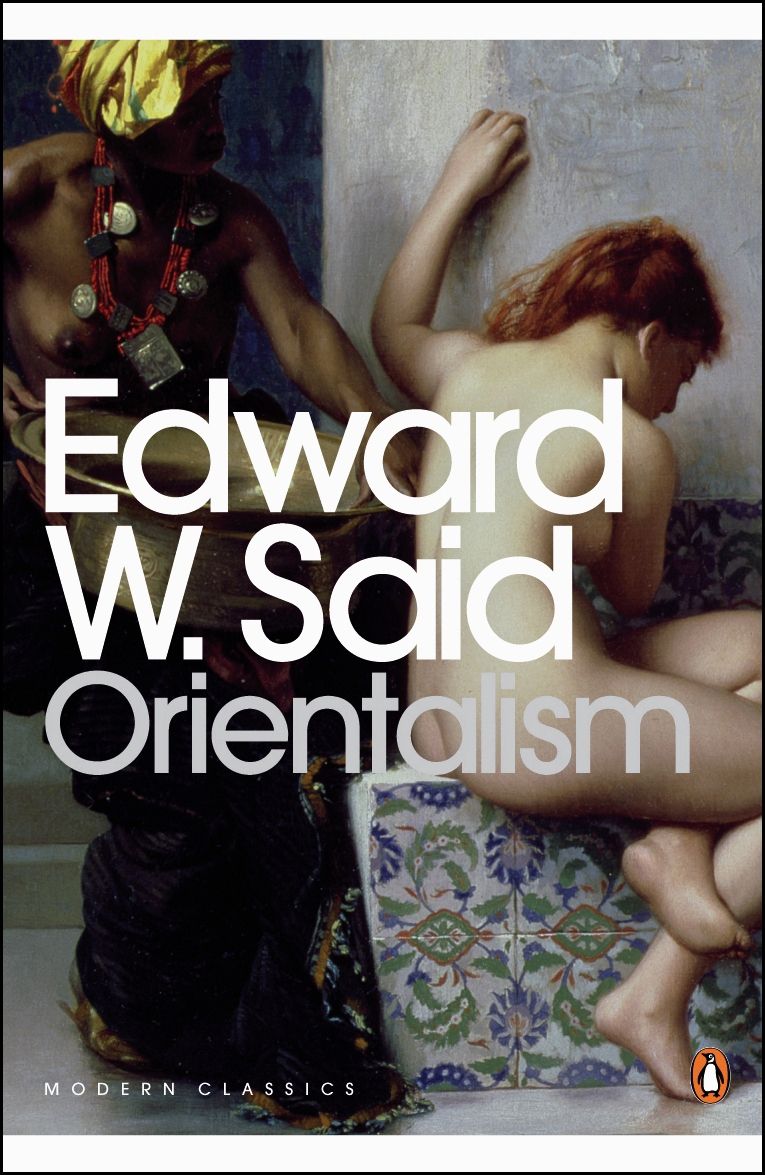 Orientalism is considered essential reading in pretty much every humanities department, from history to media studies and philosophy. In this groundbreaking book, scholar Edward Said explains that the projection of a primitive other "is a Western style for dominating, restructuring, and having authority” over perceived difference, providing us with an explicit framework to understand the material consequences of this ideology and its consequences throughout history, stretching into the contemporary moment.﻿﻿

If you're looking for a fascinating read that will change the way you think, this is it. It's not necessarily a traditional philosophy book in that it mostly reframes and challenges dominant philosophical thought as informed by Orientalism.

A Little History of Philosophy by Nigel Warburton 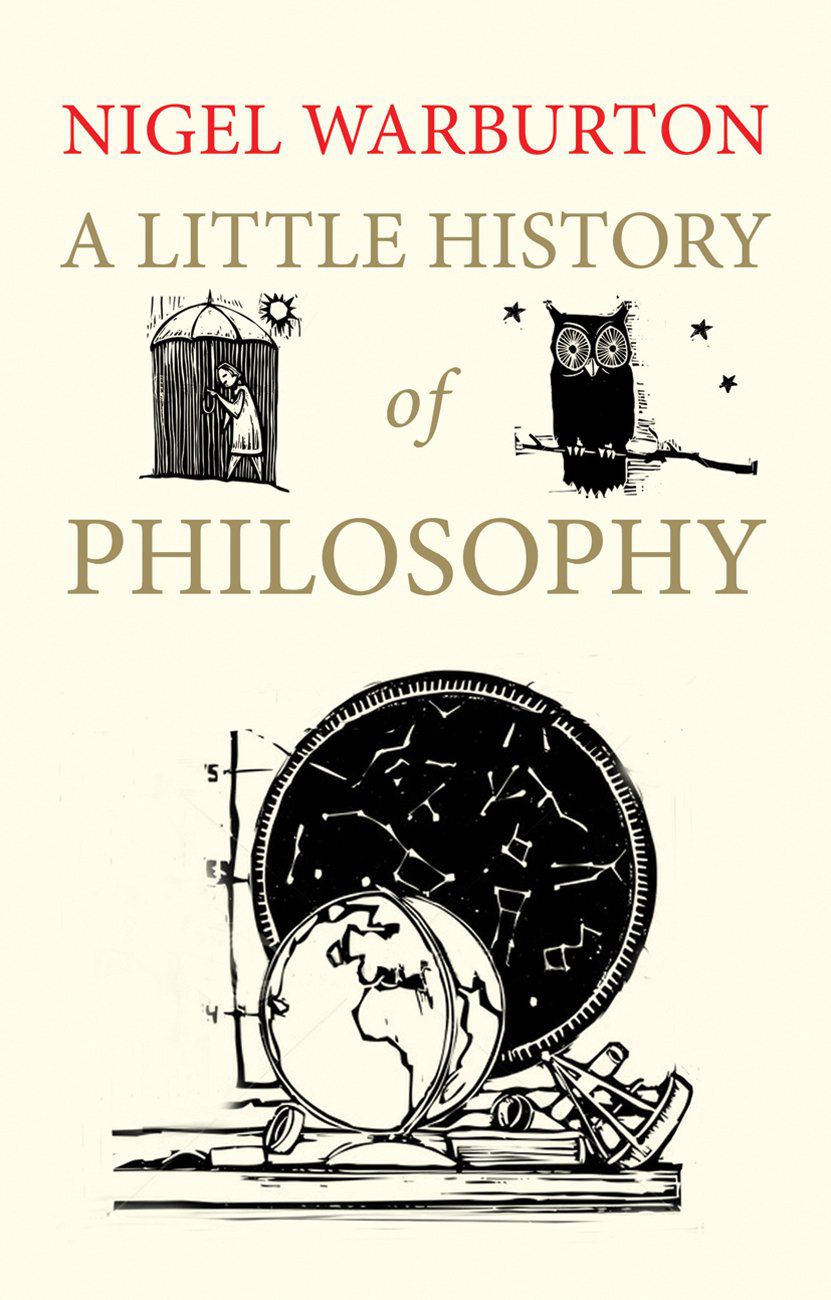 This is a wonderful book to pick up if you want to learn about the history of philosophy—the important thinkers and players, groundbreaking and defining moments, and critical ideas. It follows a chronological structure and includes plenty of entertaining anecdotes while also diving into the more complicated themes, making it easy to enjoy. But it's not all lighthearted; since it includes a lot of the major philosophical thinkers, you will definitely be asking yourself plenty of heavy-hitting, disquieting questions throughout. 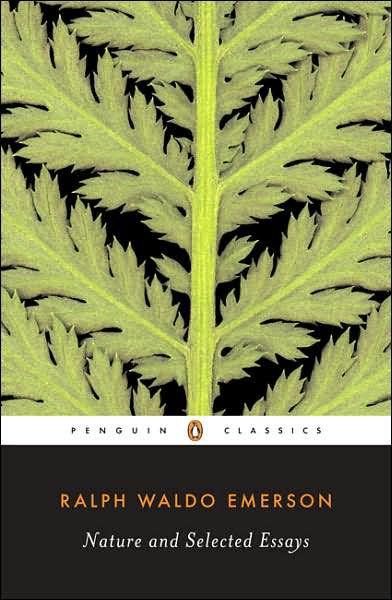 Ralph Waldo Emerson's appreciation of nature and belief in transcendentalism was considered pretty radical for the times, when most believed that nature should be and could be dominated and domesticated by humankind.﻿﻿ In this essay, he launches into an argument about how we can understand reality through the study of nature. It's an important book to revisit right now, especially considering the implications of climate change.

The Birth of Tragedy & the Genealogy of Morals by Friedrich Nietzsche 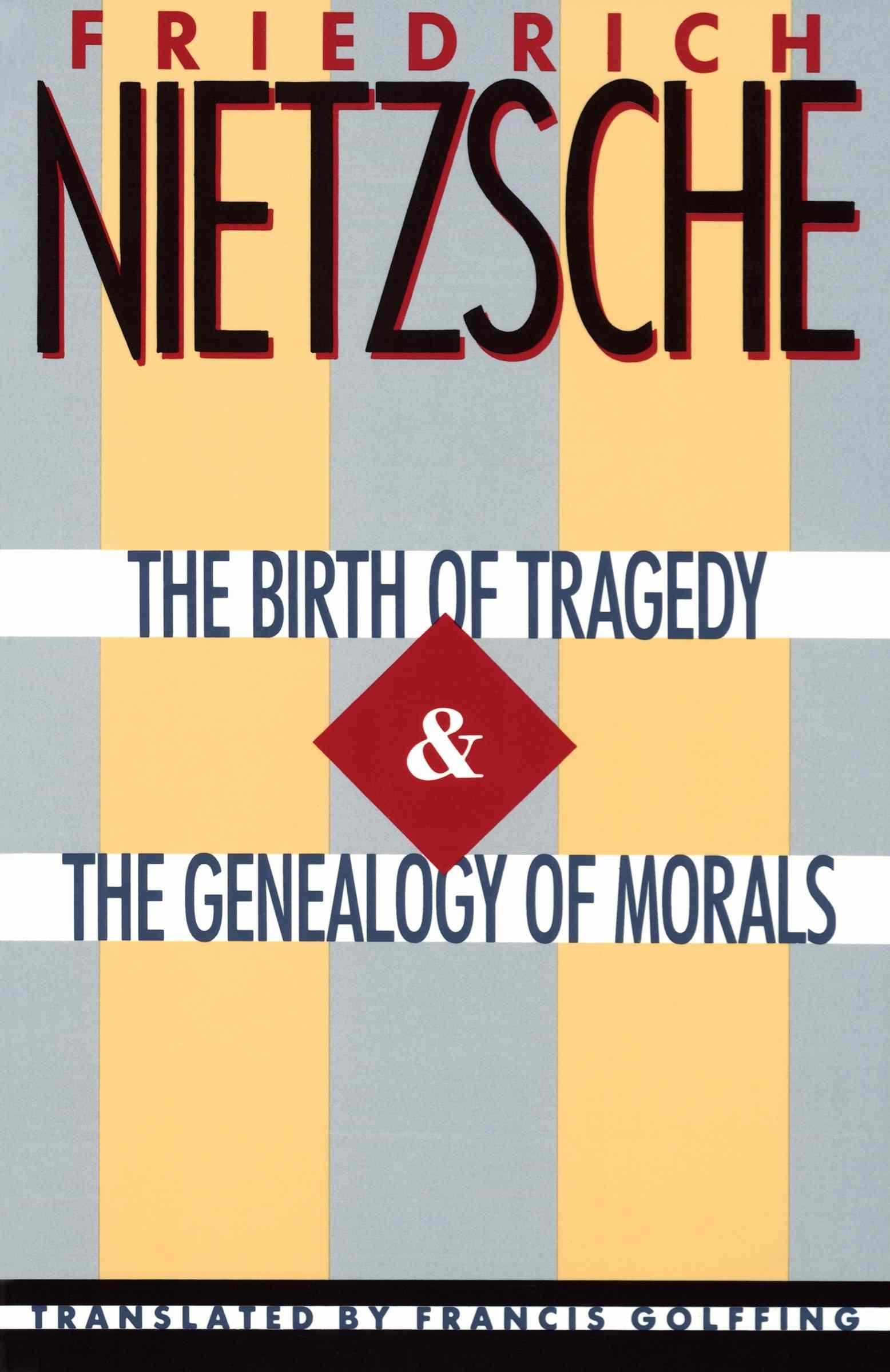 This book includes two of Friedrich Nietzsche's greatest works, his first and last ones published. In The Birth of Tragedy and The Genealogy of Morals, he explores the conflict between a moral and aesthetic approach to life as well as the meaning and functions of religion, science, nihilism, and the dichotomy between Apollo and Dionysus. One of the most memorable opinions is that "all life rests on appearance, art, illusion, optics, the need for perspective and for error," which is just a taste of his introduction to perspectivism over truth.﻿﻿ Fans of Nietzsche should look to Beyond Good and Evil for another life-changing read.

The Problems of Philosophy by Bertrand Russell 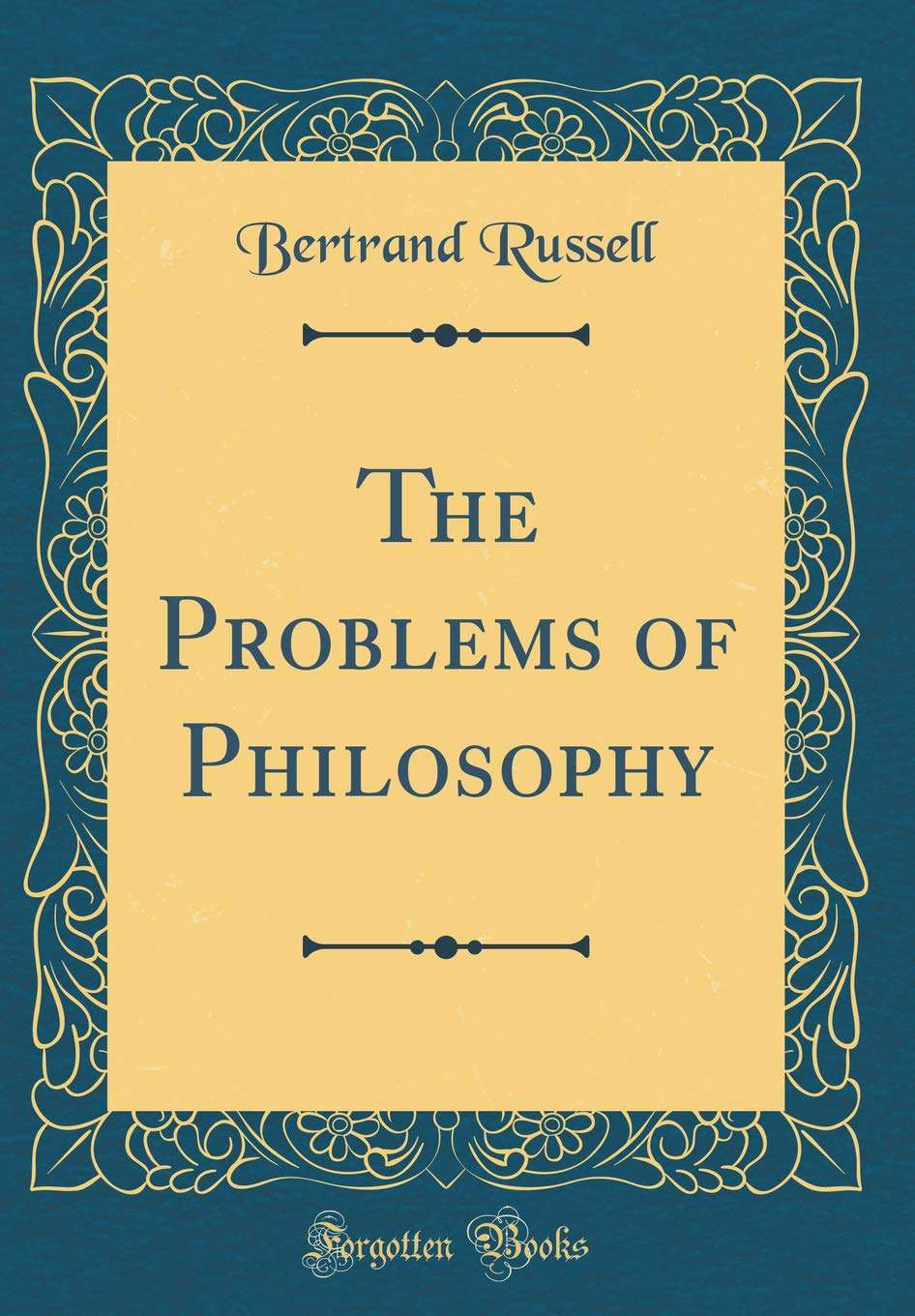 This is another classic book you'll find on every philosophy 101 syllabus since it's a great introduction to the many facets of the discipline. In other words, if you're a beginner and just want to get a foundational understanding, or you're interested in studying but aren't sure which direction you'll take, this book will fit the bill. Russell's writing is also easy to read because it's so swift, concise, and comprehensive.

At The Existentialist Cafe by Sarah Bakewell 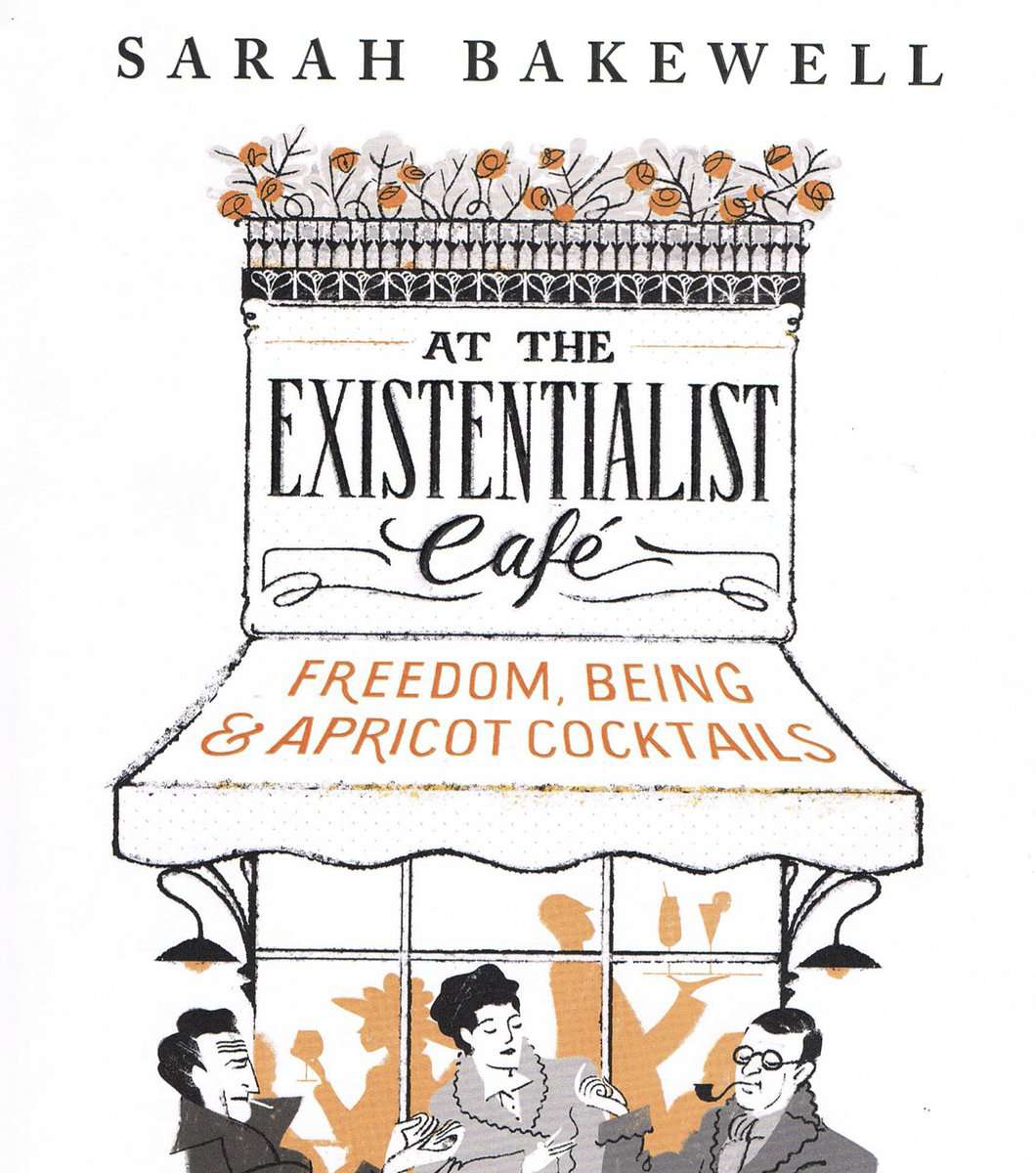 Want to learn more about existentialism? Sarah Bakewell's is such a fun way to do so. She imagines a scene in which the great philosophers, anthropologists, creatives, and even convicts meet in Paris in 1933 for cocktails and chats over their thoughts on phenomenology, humanism, radical freedom, feminism, anti-colonialism, authentic being, and, of course, existentialism. The colorful cast of characters include the likes of Simone de Beauvoir, Albert Camus, Jean-Paul Sartre, and more.

The History of Sexuality by Michael Foucault 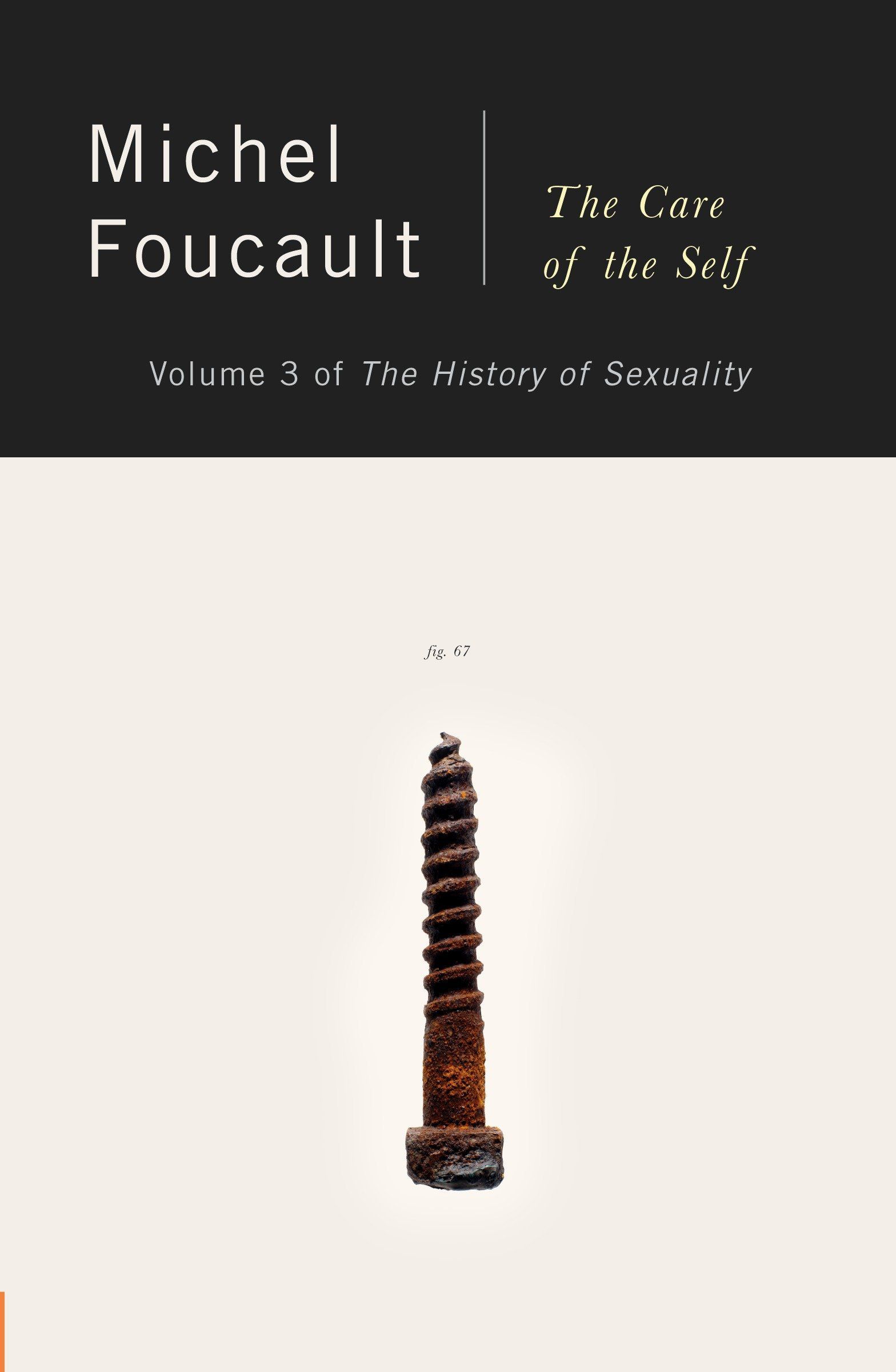 Philosopher and revisionist historian Michel Foucault's three-part volume entitled The History of Sexuality covers a lot of ground. He talks about the ways in which identity is constructed by particular institutions, how discourse is powerful because of the way in which it can regulate and control, and he also brings theories of power and control into the discussion of gender, opening up new possibilities for change and resistance. The crux of this is: "Where there is power, there is resistance, and yet, or rather consequently, this resistance is never in a position of exteriority in relation to power." Though challenging, it's definitely worth a read. 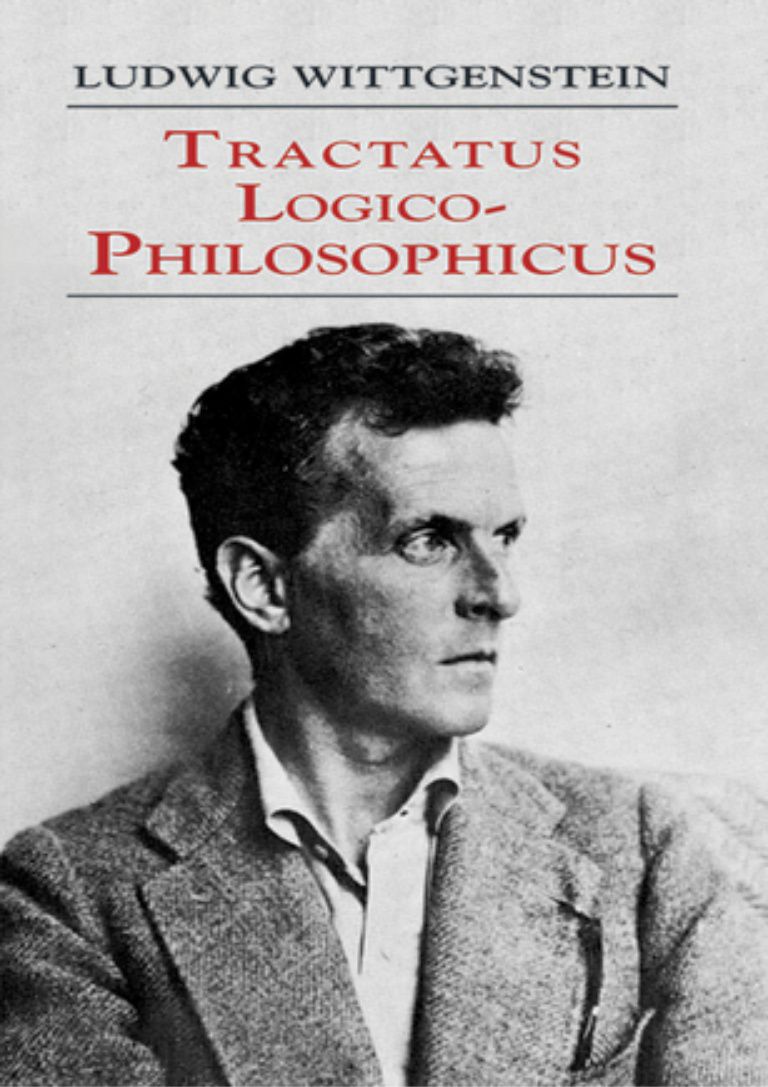 Nicknamed the philosopher to end all philosophy (he's the father of antiphilosophy), this is the only book ever published by the revolutionary Ludwig Wittgenstein (his teacher was Bertrand Russell). He wrote it while he was a soldier in World War I, and it's only 75 pages long.﻿﻿ So if you're skeptical of philosophy, this is the guy for you. Basically, he applied the Sapir-Whorf hypothesis (the belief that the structure of language determines one's perception and categorization of experience, also known as linguistic relativity) to philosophy, suggesting that things like truth, beauty, and "good" are subjective because they are simply a combination of sounds that are subsequently imbued with meaning and power. He argued that it's nearly impossible for anyone to know anything outside of their own world without using language, as using words and speech is the primary mode of communication, yet language constructs our entire experience of reality.

Do Androids Dream of Electric Sheep? by Philip K. Dick 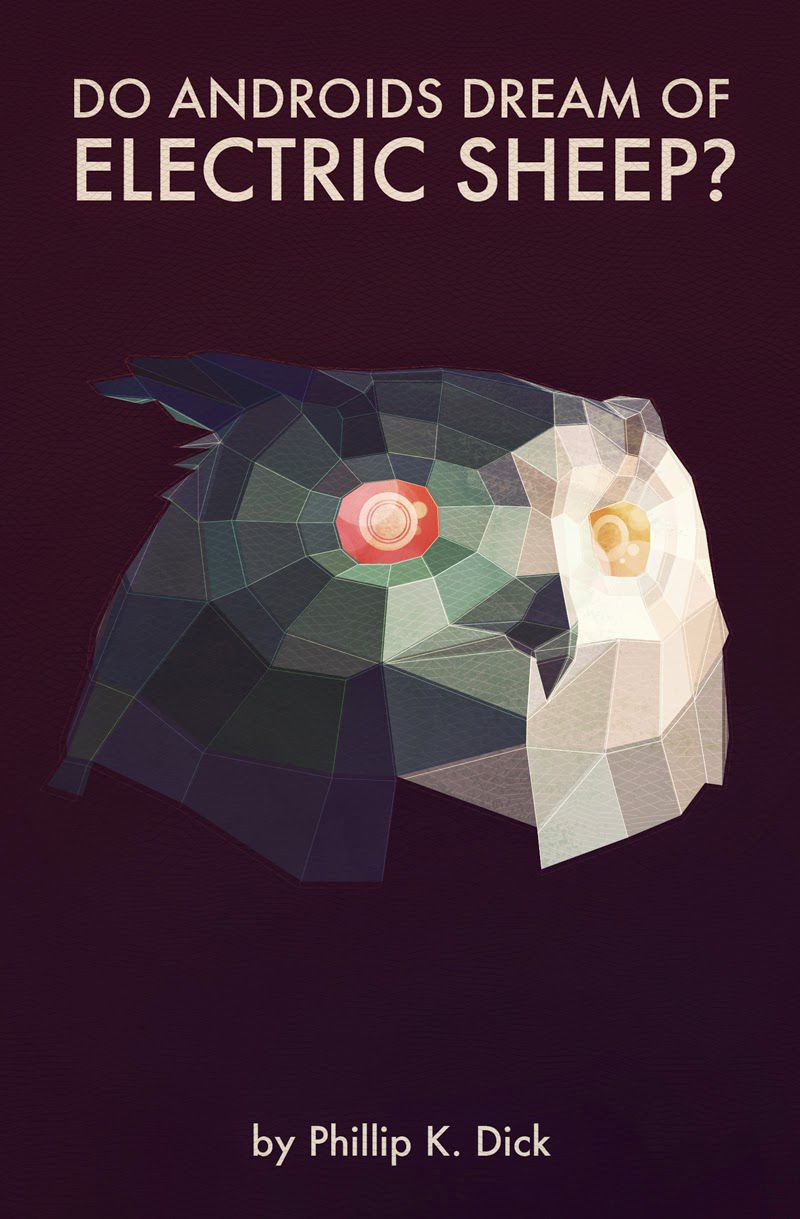 Do Androids Dream of Electric Sheep? inspired blockbuster hit Bladerunner. The year is 2021, and after another World War, millions are left dead and many species are extinct, making the earth uninhabitable and sending humans to make a home on a faraway planet. With so few living things, tech companies replicate them. Who is an android? Who is a human? Does it matter? 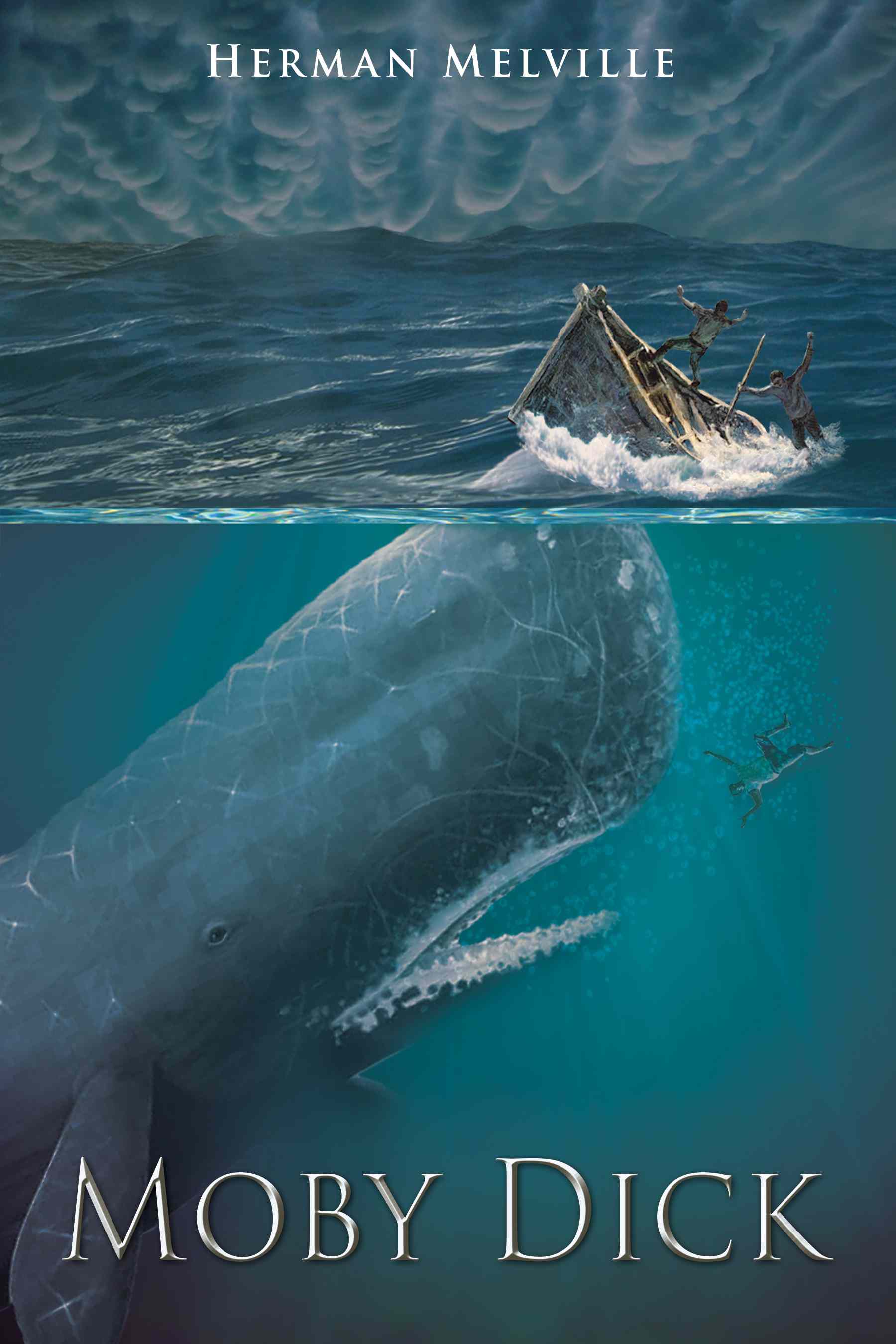 Moby Dick is about the adventure of monomaniacal Captain Ahab's impossible task of catching the legendary white whale. In what's known as one of the great American novels, the whale's proportions are only challenged by the heft of the actual book itself. But don't let that scare you off, for this literary exploration of good and evil, identity and perspective, and commodification and capitalism is well worth the lengthy read. 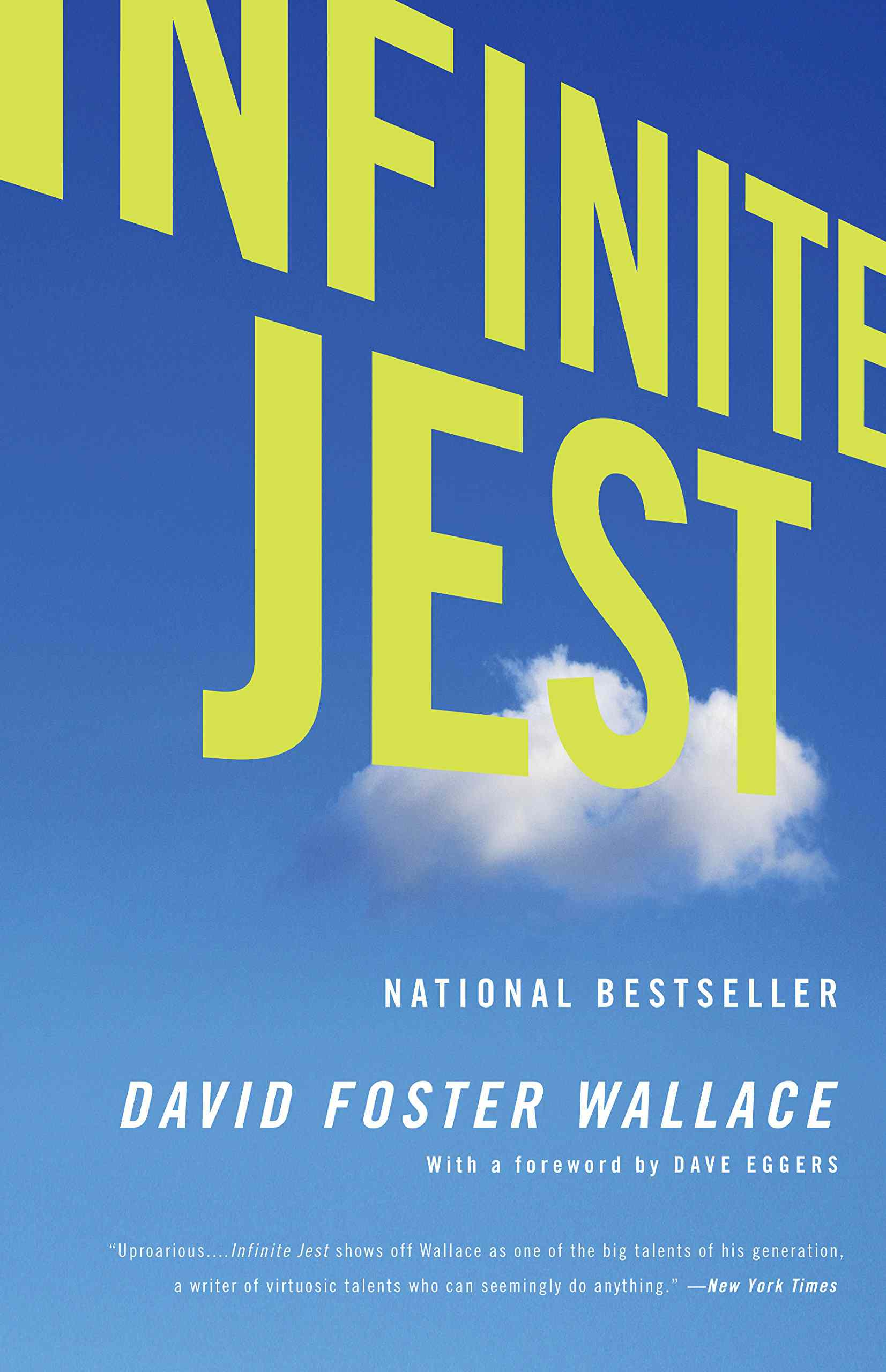 Reading Infinite Jest is a life-changing experience; each page contains at least one sentence that'll teach you a truly prophetic lesson. Finishing it, on the other hand, is arguably harder than running a marathon. It's about a dysfunctional but lovable family whose members are all in the pursuit of happiness. Classic, right? As to be expected from David Foster Wallace, it's hilarious, brilliant, and very, very long-winded.

The Picture of Dorian Gray by Oscar Wilde 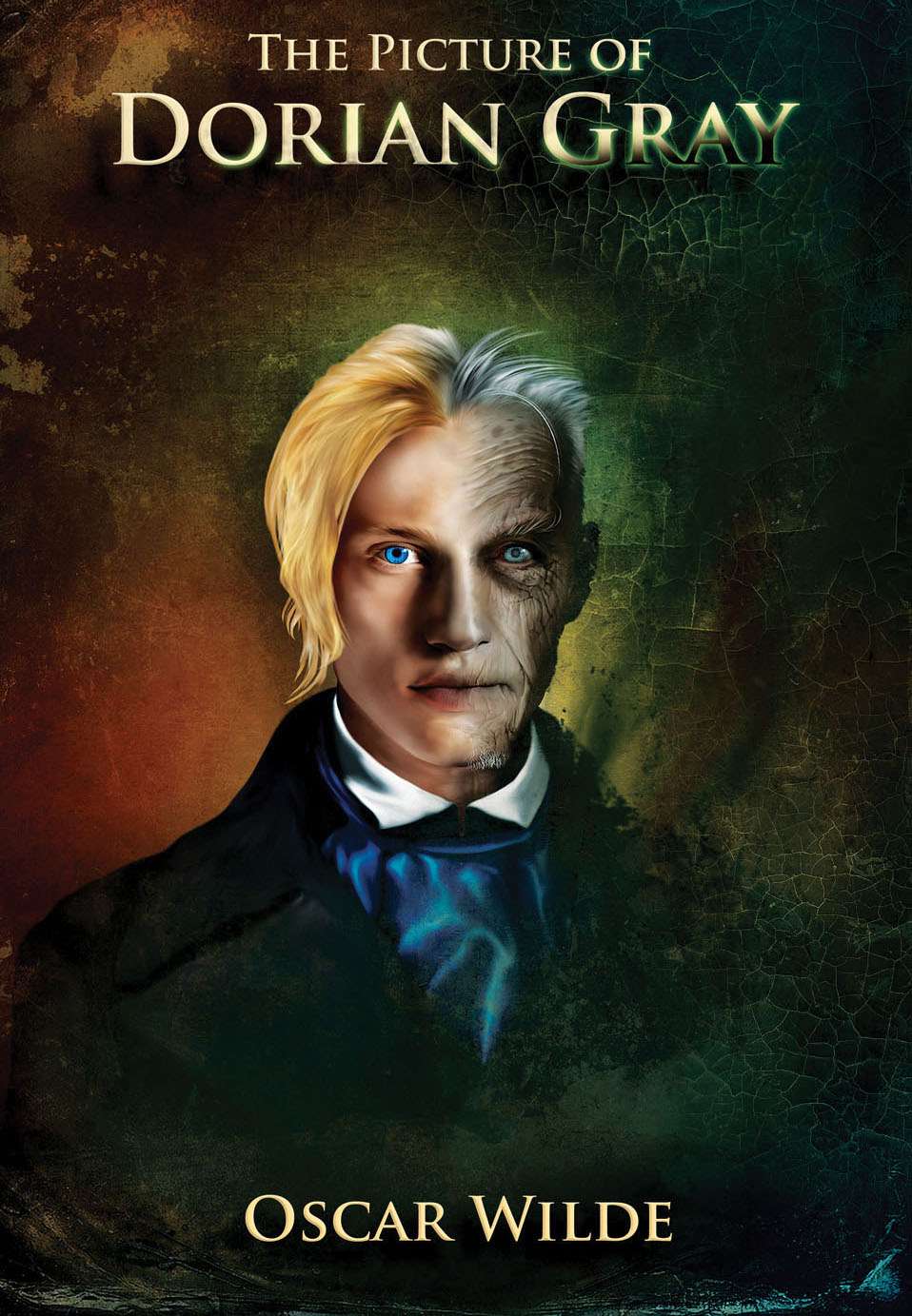 As Oscar Wilde's only published novel, The Picture of Dorian Gray will have a special place on your bookshelf. You can expect decadence, debauchery, and all things grotesque in this metafictional portrait of a young man who is obsessed with beauty, art, and everything else skin deep. As he sinks further into the underbelly of 18th-century British society, his behavior causes something monstrous to happen to a painting of himself.

The Waves by Virginia Woolf 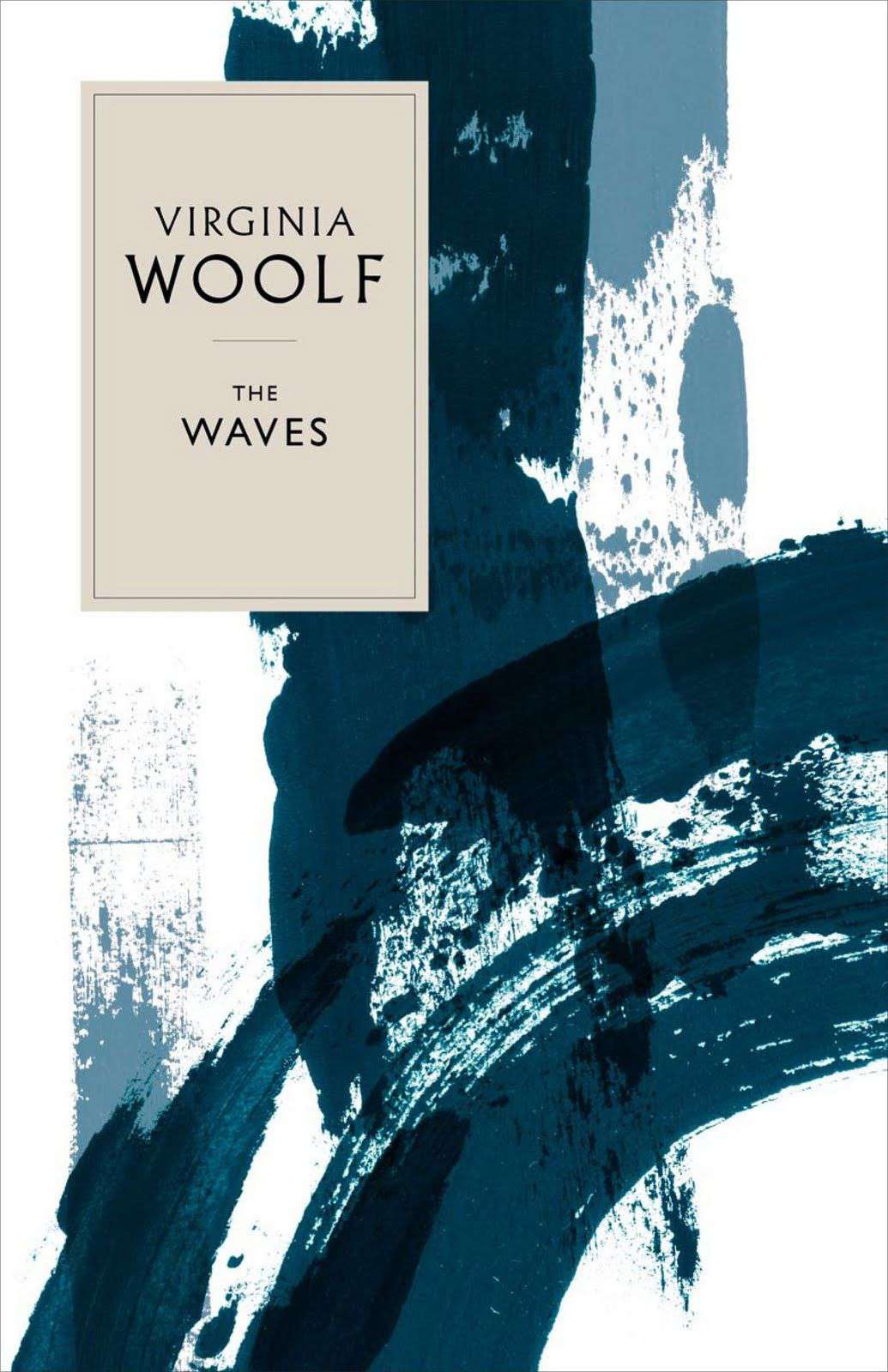 For someone looking for a literary read that touches on the themes of friendship and how they evolve through the stages of life, pick up The Waves. Quintessentially modernist, Woolf captures individual consciousness alongside abstract and grand concepts of mortality, spirituality, national identity, and belonging.﻿﻿ The reader gets to know the inner thoughts and musings of childhood friends and watches them grow up from an internal perspective while also marking the passage of time within chapters that cover the course of a day. Philosophical, indeed.

The Driver's Seat by Muriel Spark 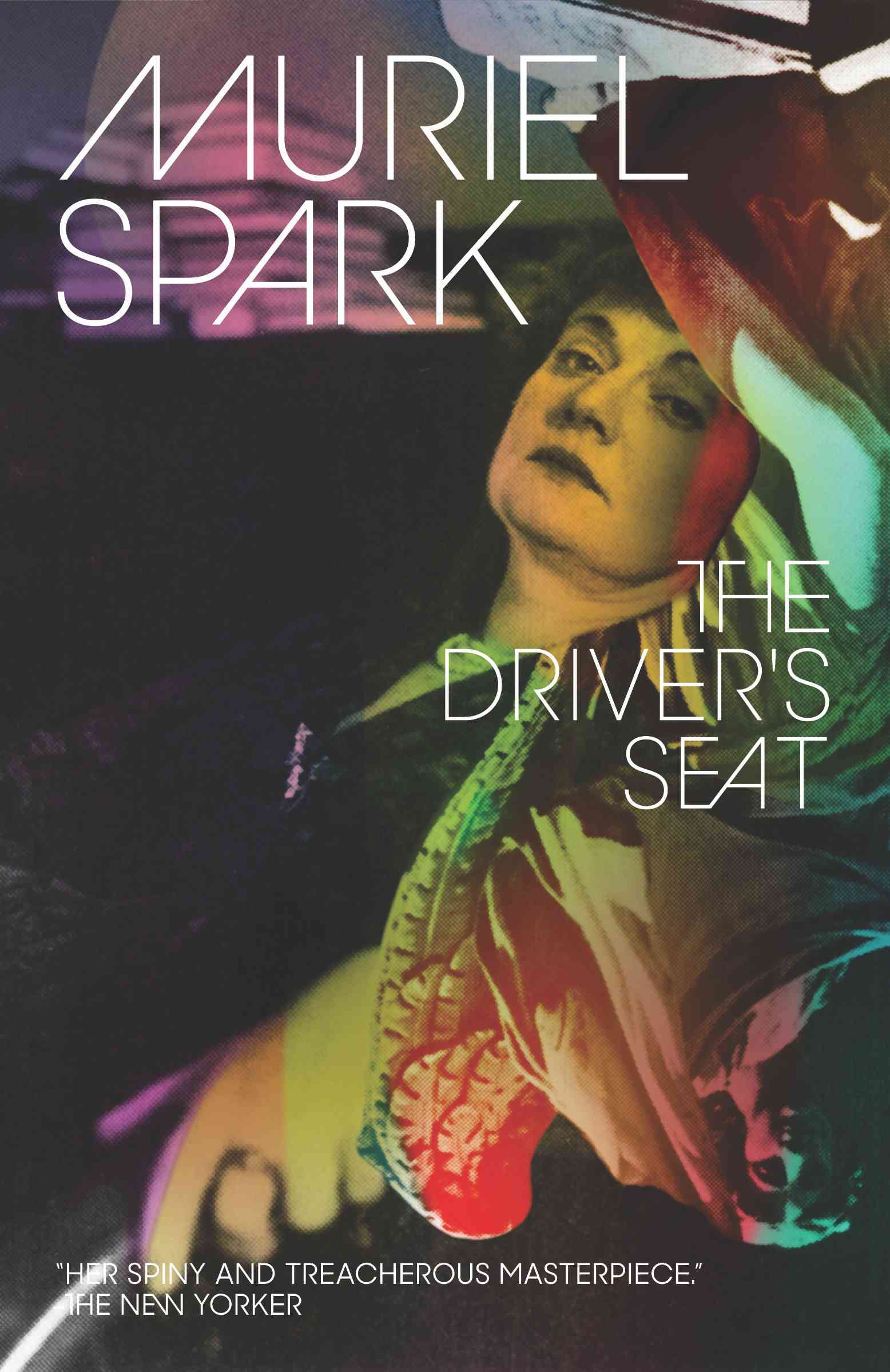 A woman goes on vacation to an undefined European country and ends up running into a violent mess. Or maybe she seeks it out, manifests it or imagines it—it's relatively unclear. The novel explores all sorts of notions of control, free will, gender norms, time, identity, and more, leaving you to wonder who's really in the driver's seat. 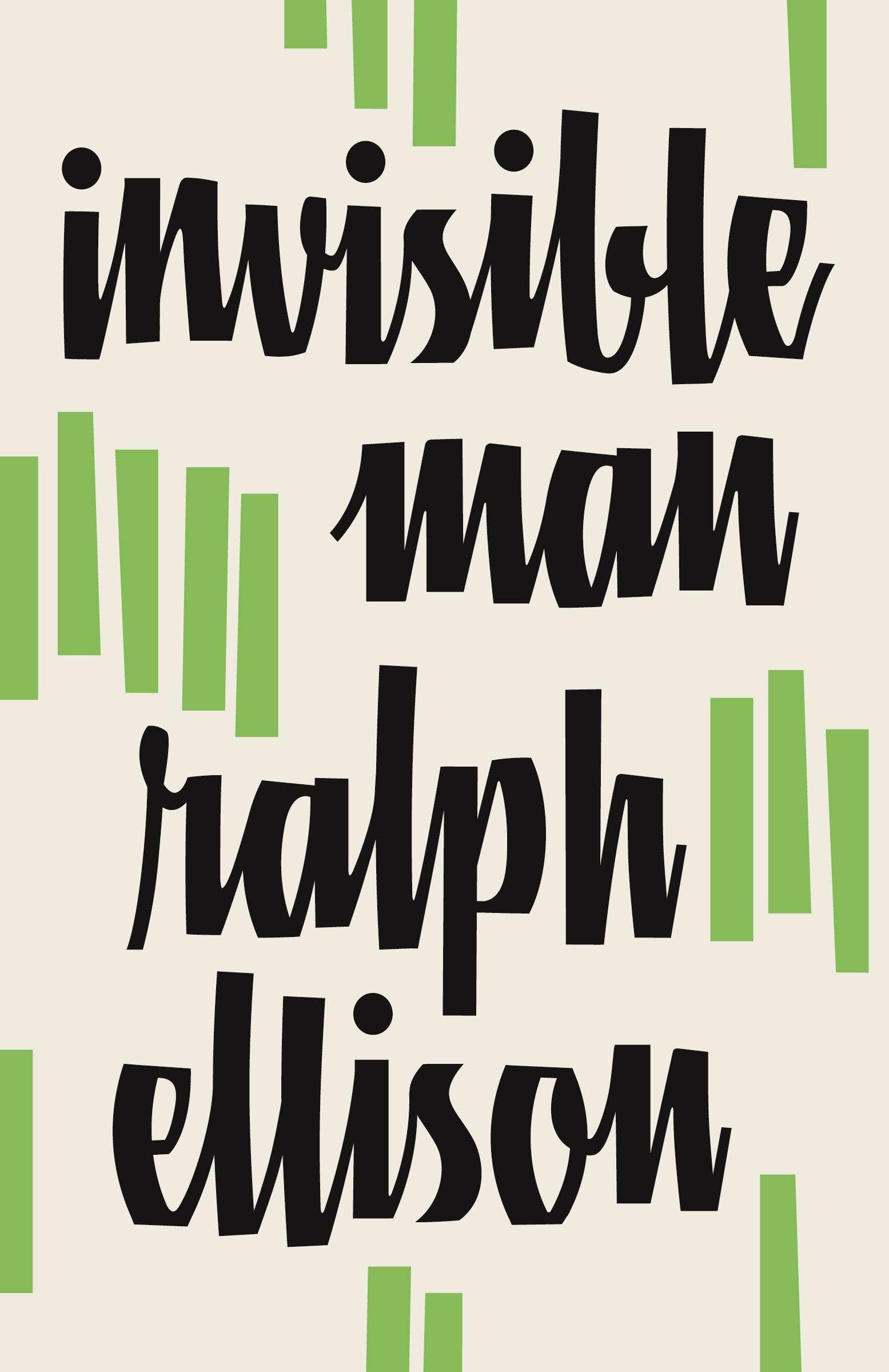 The nameless narrator of Invisible Man will draw you in with his sometimes witty, sometimes upsetting, and always insightful musings on race in the United States. Ralph Ellison offers a novel that brilliantly captures a Black man's experience in mid-20th century America.

A Clockwork Orange by Anthony Burgess 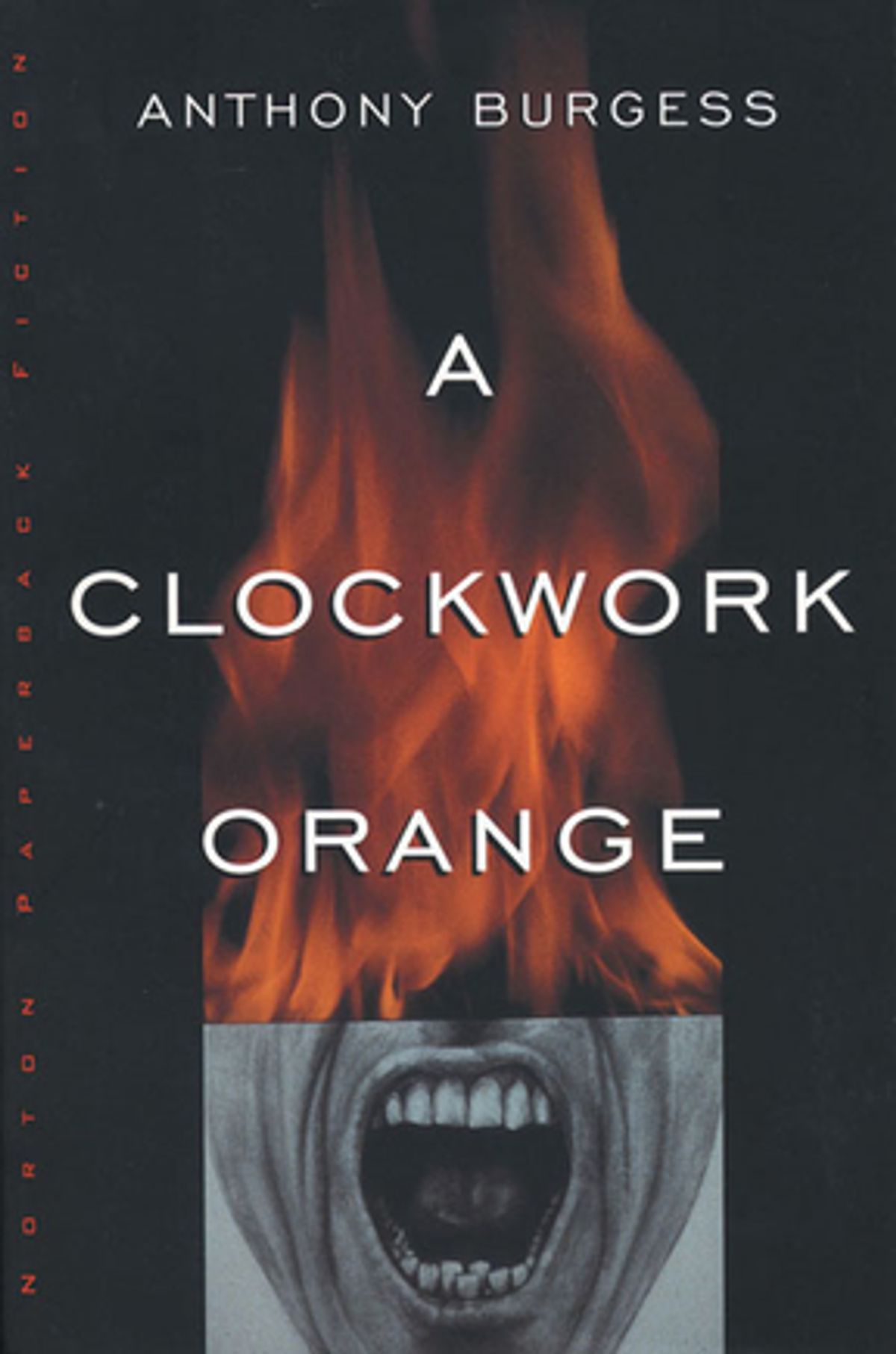 If you didn't read this in your high school English class, you should consider doing so now, especially if you want to dip into philosophy but within a fictional universe. And even if you've already read it, this is one of those tales that just gets better and better each time you revisit it. It's a horrifying look into the impact of technology on human consciousness, redemption and freedom, and good versus evil.

The Left Hand of Darkness by Ursula K. Le Guin 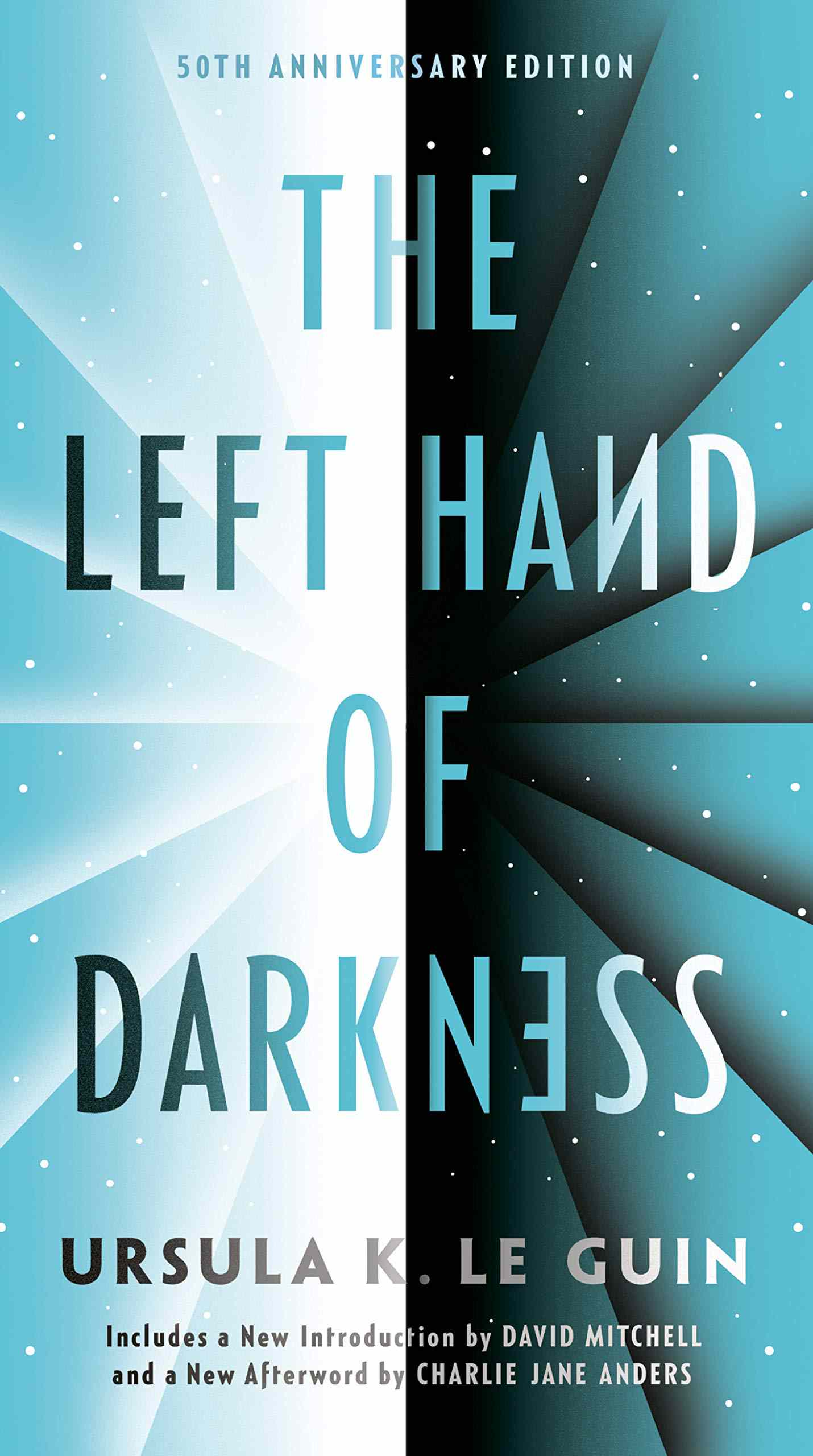 Welcome to the feminist utopia of Winter, "an alien world without sexual prejudice, where the inhabitants can change their gender whenever they choose." The Left Hand of Darkness reveals the absurdity as well as the immutability behind the social constructs that plague our society. An earthling is taken to a society that operates under a very different worldview, and thus, a very different reality, where social equality is accepted as the norm.

These 20 Short Story Collections Will Change Your Worldview
Article Sources
MyDomaine uses only high-quality, trusted sources, including peer-reviewed studies, to support the facts within our articles. Read our editorial guidelines to learn more about how we keep our content accurate, reliable and trustworthy.