The 10 Best Stephen King Books for Those Who Love Horror

Chilling titles with his spookiest storylines.

written by
Chris Scalise
Chris Scalise is a freelance writer, content manager, and SEO specialist with close to 20 years of experience in his field.
MyDomaine's Editorial Guidelines
Chris Scalise

The sheer number of film and television adaptations of Stephen King's stories alone (50-plus, and counting)—from Stanley Kubrick's thriller, The Shining (1980) to Rob Reiner's Stand By Me (1986) and HBO's 2020 miniseries, The Outsider—would have made King the undisputed Master of Horror.

Every single one of King's 60 novels (all of them bestsellers) is a must-read for any horror/fantasy fan and burgeoning writer—and he's a supremely talented storyteller due to his notorious discipline and also to his lurid imagination. (If you, too, wrote over 1000 words a day, you could, perhaps, match his diligence.) King is so prolific that it's almost impossible to distill his exhaustive body of work into just 10 novels without leaving out as many (think: Needful Things, Salem's Lot, Pet Sematary) that are just as good.

But by some off chance you're a stranger to his writing, we've rounded up 10 of the best, most ghastly horror books written by Stephen King—his greatest hits, if you will—in no particular order. 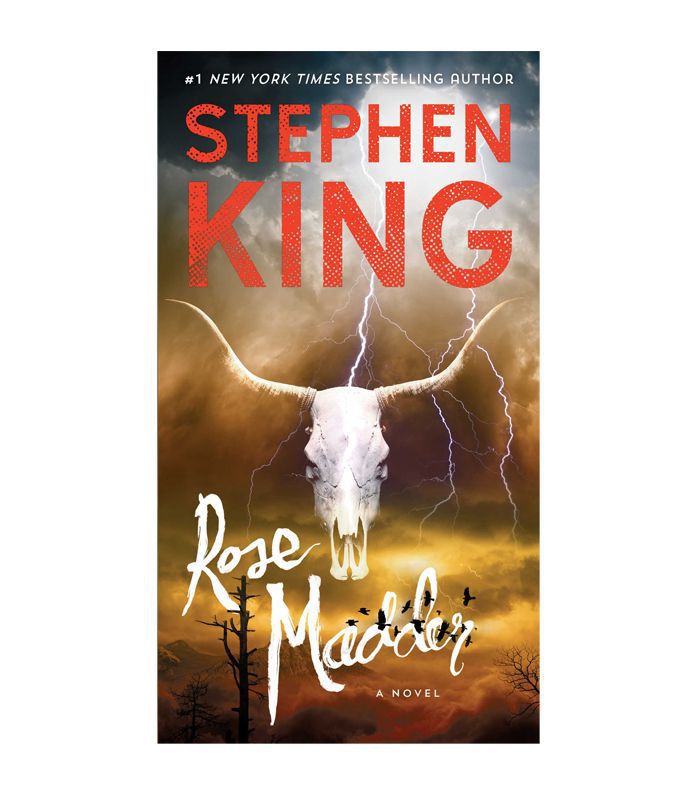 An underrated classic, Rose Madder (1995) is the story of Rosie Daniels, a wife who has finally found the courage to flee a violent, psychopathic husband who's becoming even more unglued. There's just one problem, however: Rosie's husband is a cop, and he's extremely skilled at locating people. This one's relentless intensity is on another level. 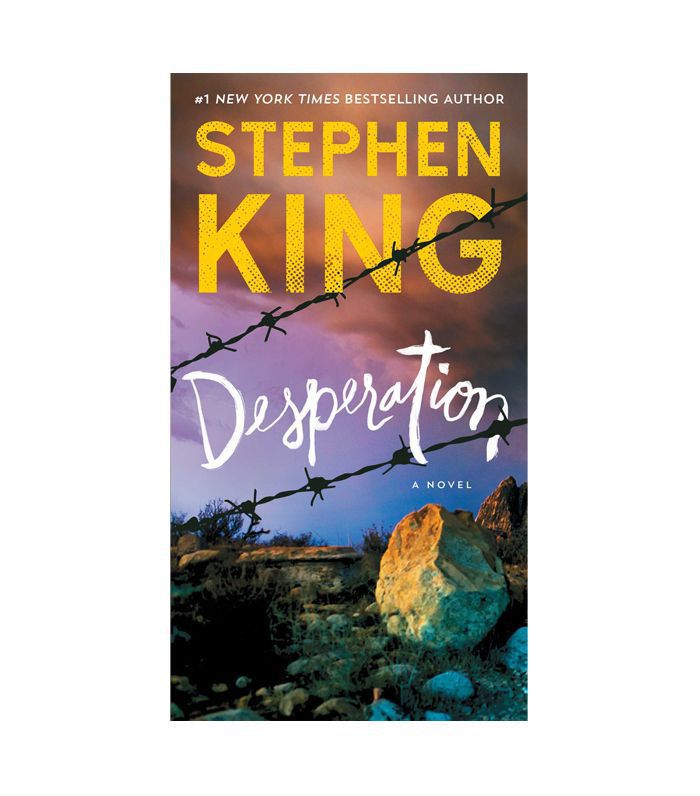 Desperation was published in 1996, the same year as King's "mirror novel," The Regulators, itself released under King's pen name, Richard Bachman. Both books depict parallel universes in which several of the same characters exist, but take strikingly different journeys. At the center of both stories, though, is a demonic entity named Tak, who inflicts terror on a scale seldom seen in even King's super-terrifying cosmos. 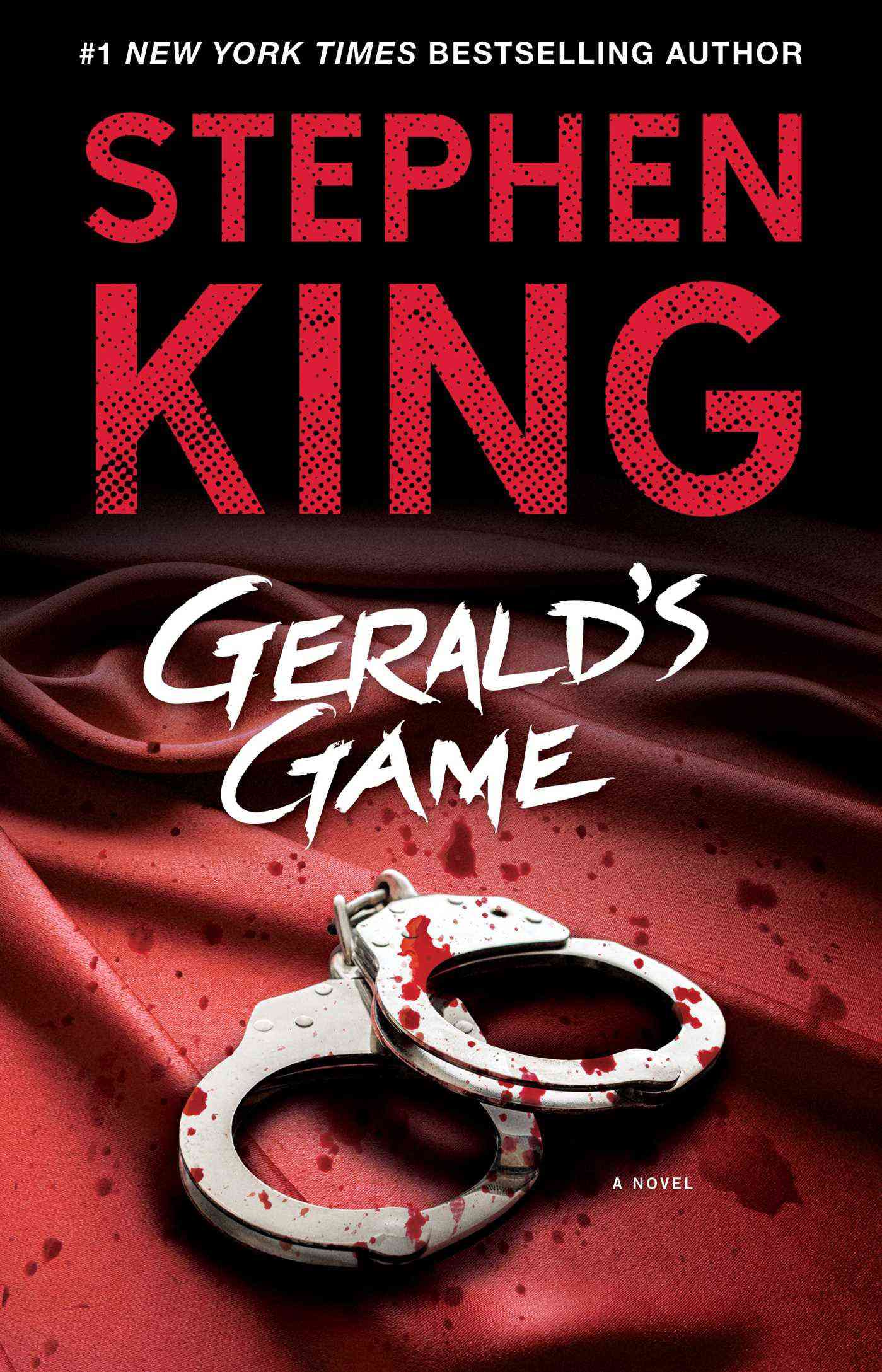 Poor Jessie Burlingame is the victimized wife and protagonist in King's 1992 suspense novel, Gerald's Game. When Jessie gets handcuffed to her bed in a game of kinky sex with her husband, Gerald, she accidentally kills her husband and is left to languish in their secluded lakehouse. The psychological torture she undergoes—while having to reconcile with his death, her past, and the fact that she's now trapped in a fight for her life—is palpable, and the story's utter salaciousness is, apropos of King, stomach-turning to say the least. 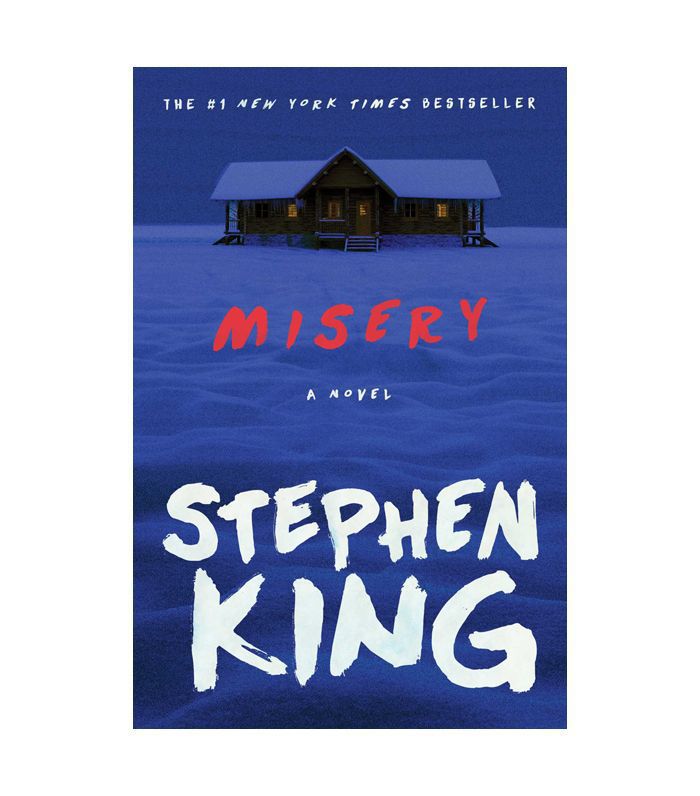 When the bestselling novelist Paul Sheldon suffers devastating injuries in a car accident that happens out in the middle of nowhere, he's discovered and then taken in by one his number-one fan, Annie Wilkes. But will she nurse him back to health or does she have other plans? Inspired by King's own frustrations as an author who feels imprisoned by the demands of his readers, Misery (1987) tells an unforgettable story of obsession that's haunting on numerous levels. 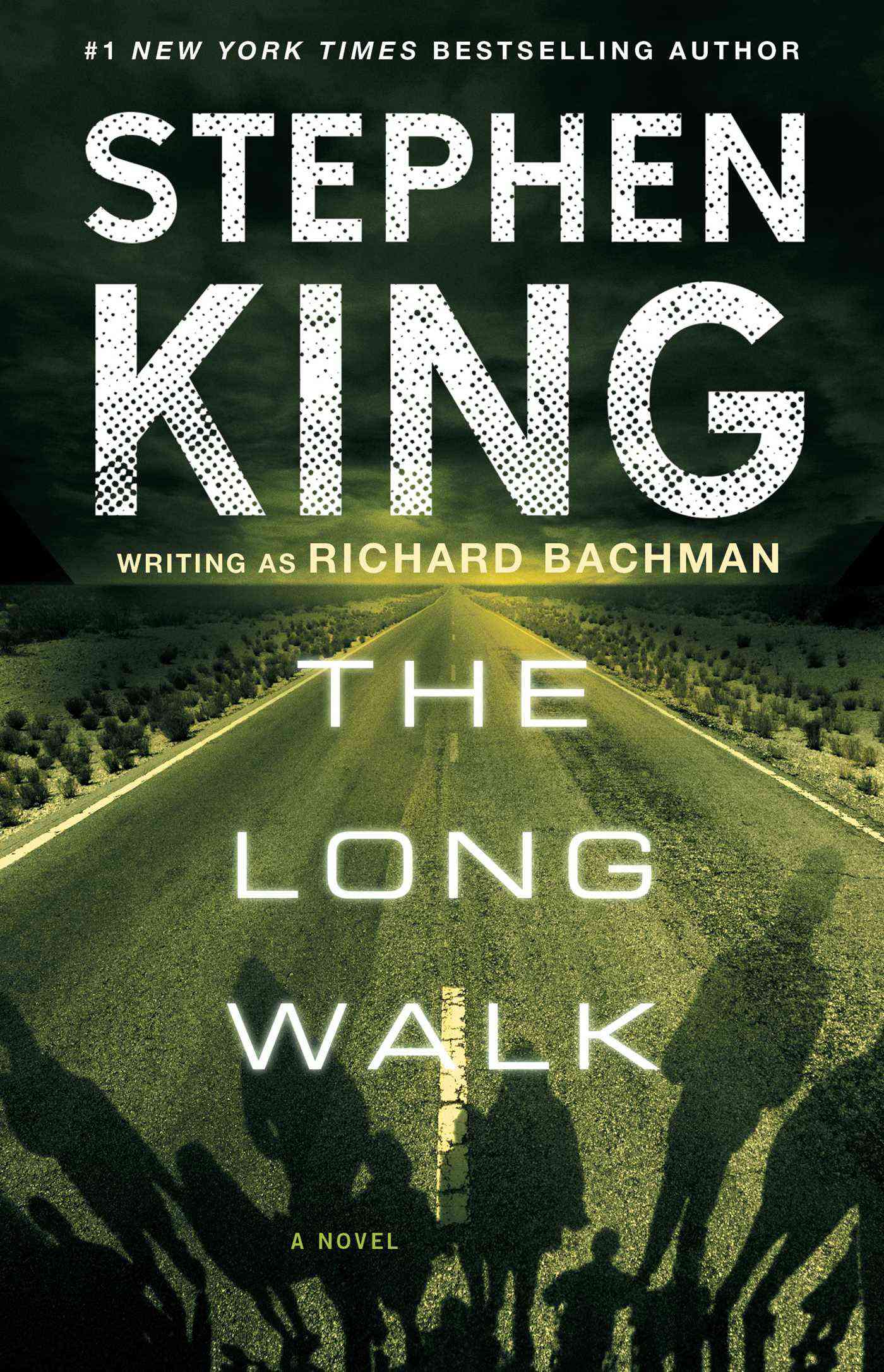 It's difficult to fathom that King had trashed this 1974 runaway hit—also his very first published novel—before his wife, Tabitha, fished it out of the garbage. The epistolary work centers on high-school misfit, Carrie White, who develops telekinesis after she's viciously bullied while showering after gym class. Through the lens of newspaper clippings, magazine articles, letters, and book excerpts, the reader learns of a series of horrific murders that plague Carrie's fictional Maine town. As the events unfold—and a surprisingly feminist subtext appears—we begin to empathize with the sadistic killer.

Not every King horror novel depicts creatures that lurk in the night. Originally published as a six-volume serial novel, The Green Mile (1996) takes place mostly on death row, inside Louisiana's fictional Cold Mountain Penitentiary. The story, as told via the narrator-protagonist, Paul Edgecombe (a death row supervisor), chronicles the arrival of inmate John Coffey, who's sentenced to death for heinous crimes he didn't commit—after which he faces horrifying abuse and neglect from fellow convicts and prison guards. But despite the many hardships John faces, his gentle spirit is never broken. 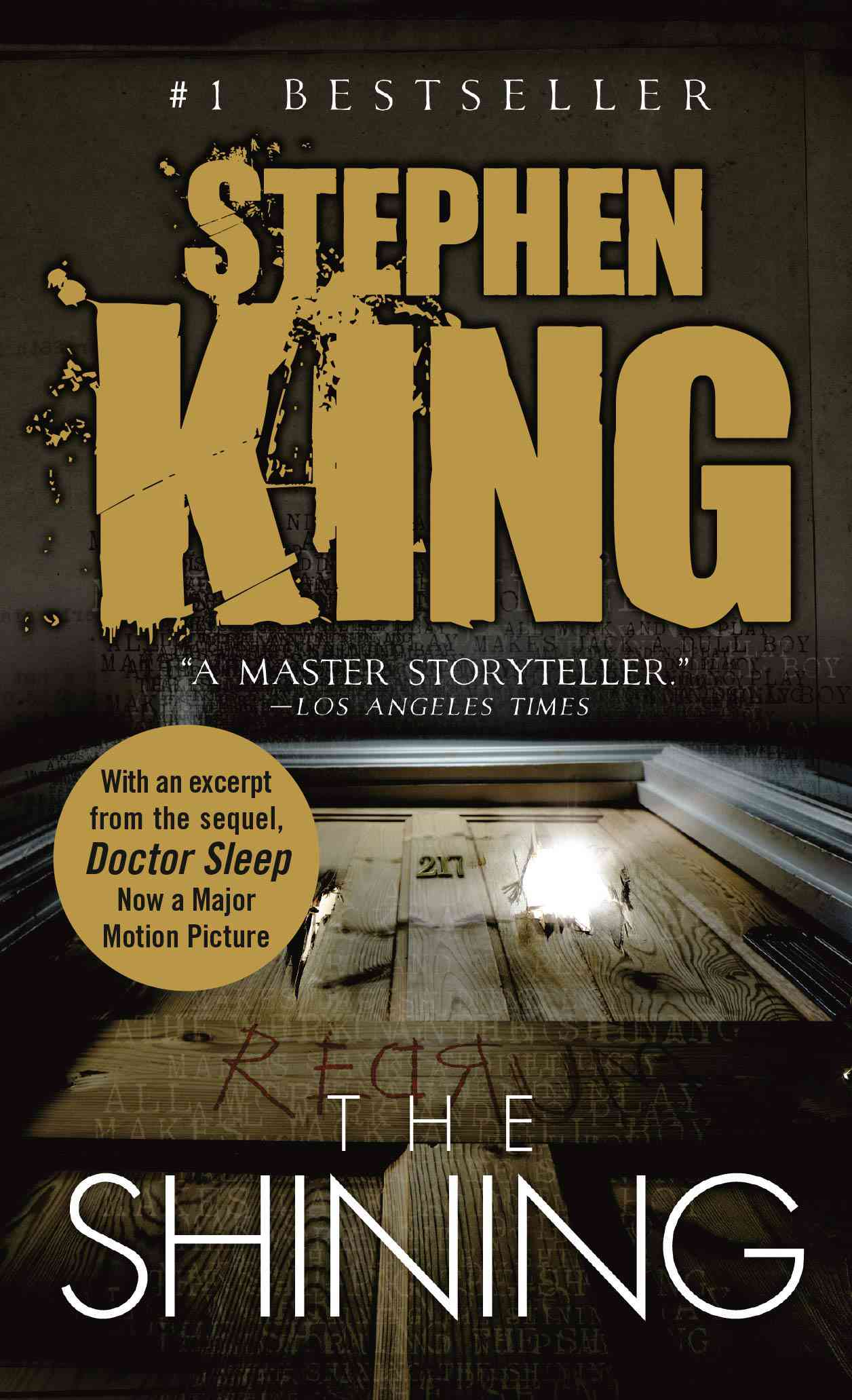 While King was writing The Shining (1977), he found himself deep in the throes of severe alcohol addiction, increasingly aware of the toll it was taking on his family. The character Jack Torrance, himself an aspiring writer and a recovering alcoholic, is a direct extension of King himself: affectionate toward his wife and child but gradually losing his grip on reality. When Torrance accepts a winter caretaker position at the isolated Overlook Hotel (rumored to be haunted) to reconnect with his wife and child after a spate of rage-fueled incidents, all parties are forced to contend with the resort's grisly past.

The character Jack Torrance, himself an aspiring writer and a recovering alcoholic, is a direct extension of King himself: affectionate toward his wife and child but gradually losing his grip on reality. 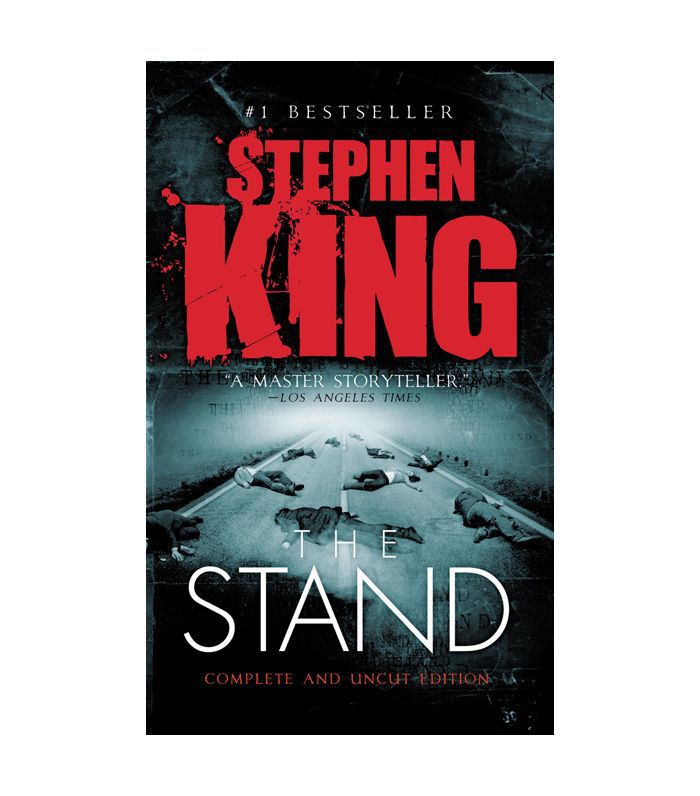 Not only does The Stand (1978) introduce the world to King's nefarious recurring villain, Randall Flagg, but it also presents a vivid portrait of a terrifyingly believable apocalypse brought on by a biologically-modified strain of flu that kills 99% of the world's population. While many of King's novels depict nightmarish but implausible scenarios, this one offers a scarily realistic portrayal of dystopian society as a result of mankind's self-made destruction—it's also a relentless rollercoaster ride of suspense, to boot. 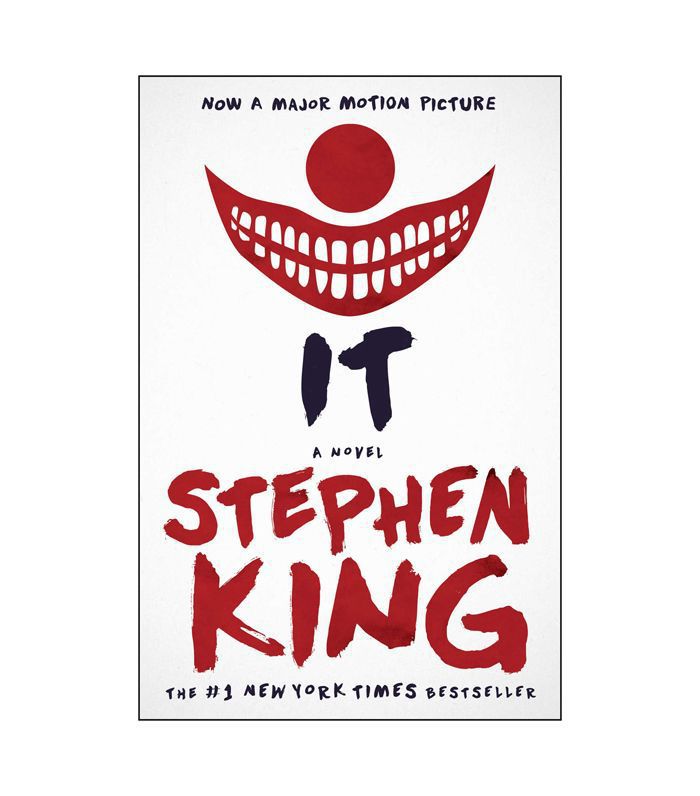 The real terror in this 1986 epic comes not from the fact that shapeshifter, Pennywise the Dancing Clown, feeds on kids' fears, but from the expertly crafted tropes of childhood traumas that hobble this novel's main characters—and follow many of them into their adult lives. It is King's keen way of shining a light on past evils, and just as abruptly putting everything into perspective. 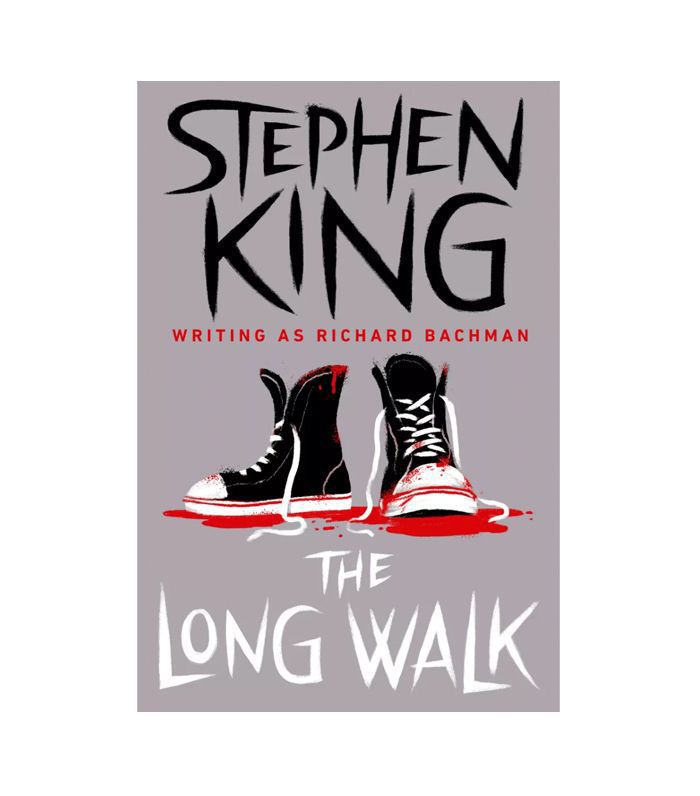 Long before people were battling in fights to the death in Suzanne Collins' The Hunger Games (2008), there was King's (similarly dystopian) The Long Walk (1979), in which a fascist leader forces 100 teenage boys to "compete" in annual walking contests. The first of his published works under the pseudonym Richard Bachman, he started writing it in 1966 (during his freshman year at the University of Maine), eight years before Carrie was to hit bookstores.