The Best True Crime Books Guaranteed to Give You Chills

As anyone who has tuned into Serial or binge-watched The Jinx and The Keepers knows, true crime narratives are often more compelling and disturbing than anything fiction can make up, and reading all the details in a book makes us feel like we're getting the whole story. Adrenaline junkies, DYI sleuths, and elf-proclaimed investigators rejoice: Today's reading list will spotlight the 14 best true crime books around.

Admittedly, the dichotomy of intrigue and disgust is what makes this such a peculiar, tricky-to-execute genre. It begs the question: Why are we drawn to what we know is wrong, and better yet, how are we as consumers complicit in the reverberations of tragedy?

Since the best true crime books feature honest narratives that honor the victims and survivors, we made sure each one in this reading list fits the bill. Complete with whodunits and whydunits, these 14 true crime books don't just package violence as entertainment for the sake of it. Instead, they take us inside the belly of the beast with a self-aware, earnest, and dogged sense of commitment to effective storytelling, truth, and justice. Without further ado, check out our reading list of the best true crime books for anyone prepared to be shook. 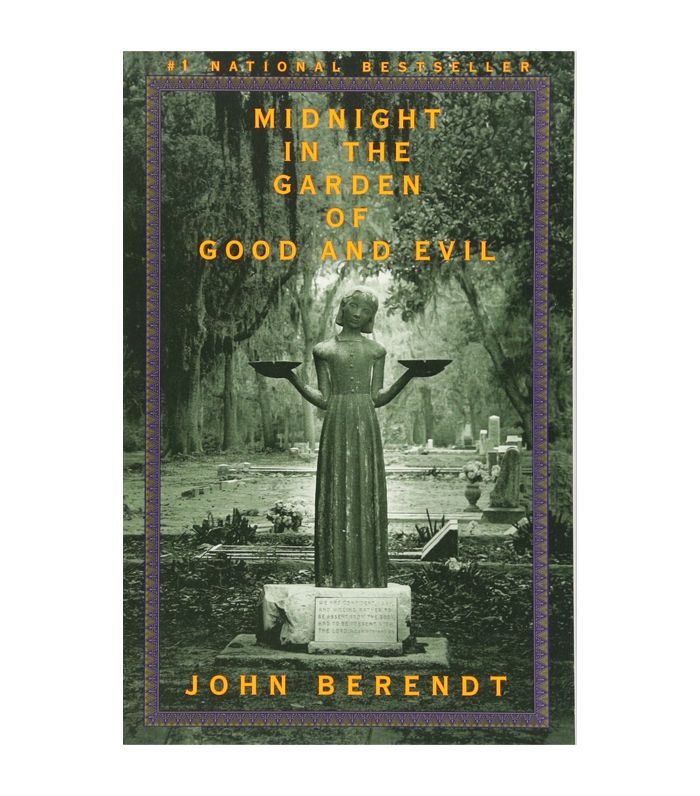 The Driving Question: How do a place and its communities shape our perception of violent acts?

The Mood: An opulent mansion guarded by a sharp black iron fence and cloaked in Savannah's morning mist and Spanish moss is the ideal backdrop for a mystery, which makes this true crime book feel more like a beguiling work of Southern Gothic fiction. Indeed, some believe the setting itself foreshadowed its transformation from an idyllic place to one of dread and decay. In Midnight in the Garden of Good and Evil, John Berendt weaves together a colorful cast of characters emblematic of the Old South who piece together the murder of Danny Hansford by Jim Williams, an antique dealer, and preservationist who embodies the twisted romanticization and nostalgia of something sinister. 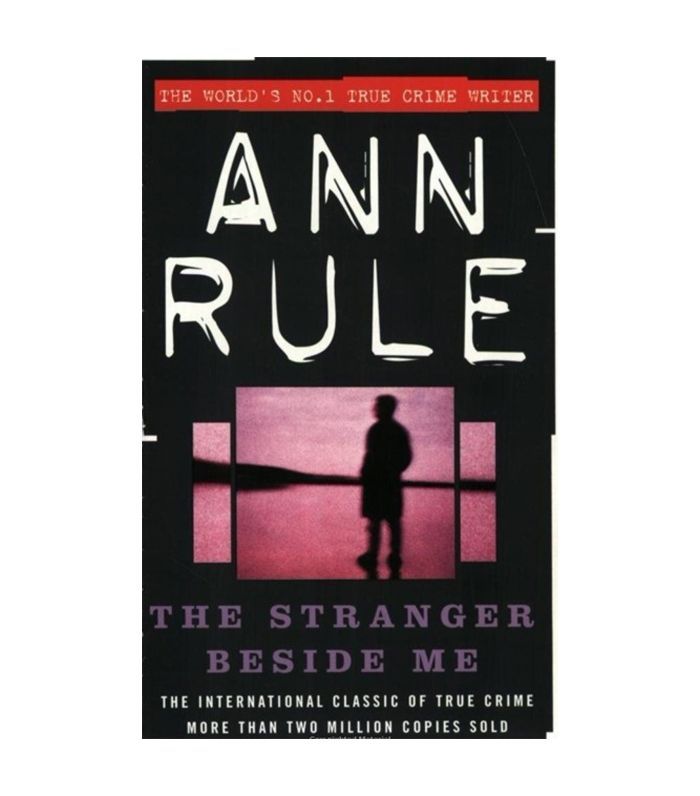 Ann Rule The Stranger Beside Me $6
Shop

The Driving Questions: How are serial killers so good at hiding in plain sight? Or is there something we're not seeing that we should be?

The Mood: True crime mastermind Ann Rule knew Ted Bundy personally—disturbingly because they worked together for a crisis hotline. With her own interactions and personal experiences in mind, she goes on a quest to understand how Bundy and those like him are able to hide in plain sight—even from trained professionals like herself. 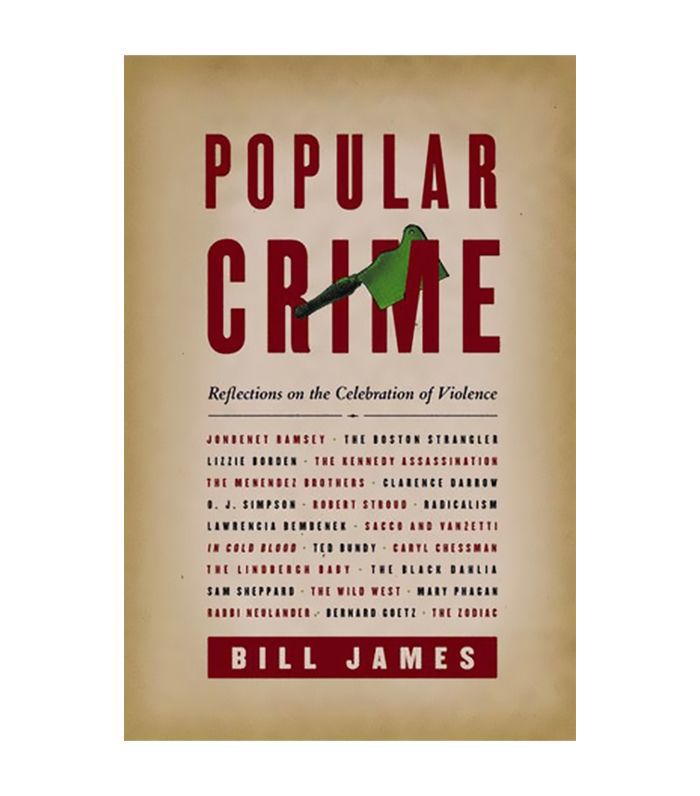 The Driving Questions: Why are we so drawn to serial killers and unsolved cases of violent crimes? What makes true crime so enthralling?

The Mood: If you're reading this right now, you've probably wondered that yourself. Well, this book tries to answer those inklings and fascinations. Using everything from Lizzie Borden to the Black Dahlia and O.J. Simpson as case studies, Bill James, the author of Money Ball, tries to unpack what makes a crime so sensational and why such awful violence becomes a form of entertainment even though we're disgusted by the violence itself.

Next True Crime Book to Read: Portrait of a Killer 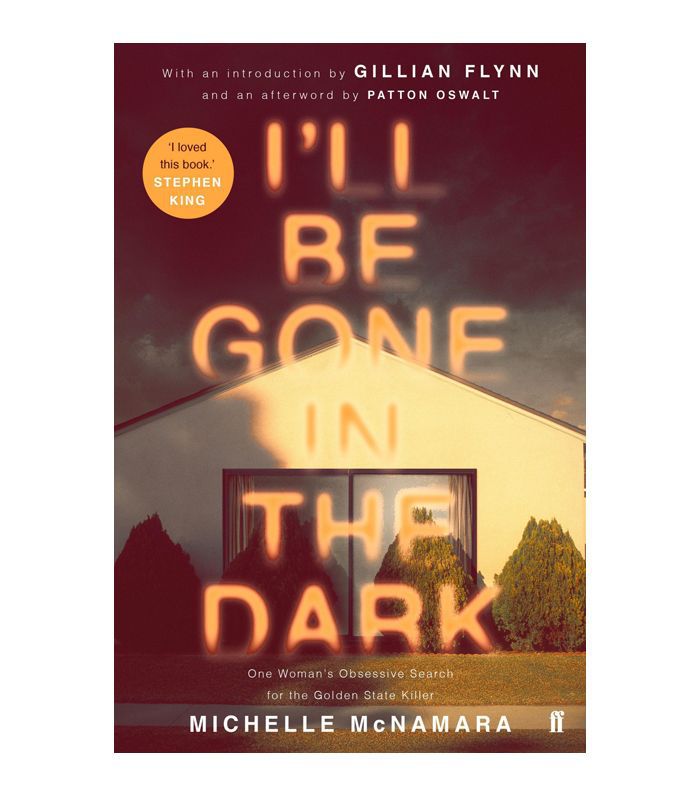 Michelle McNamara I'll Be Gone in the Dark $15
Shop

The Driving Questions: Who is the man responsible for 10 murders and 50 sexual assaults, and how do we help the survivors heal?

The Mood: Michelle McNamara passed away at 46 in her sleep while working on this book. She was committed to finding the evil man responsible for terrorizing a generation, sexually assaulting at least 50 people, and murdering 10. Published posthumously by her husband and comedian Patton Oswalt, her sense of respect, profound commitment to justice and truth, and intelligence shine through the violence of the subject: The Golden State Killer, as she calls him. If any writer can take you inside these horrific and unsolved crimes without shattering your sense of safety, it's McNamara.

Next True Crime Book to Read: The Devil in the White City 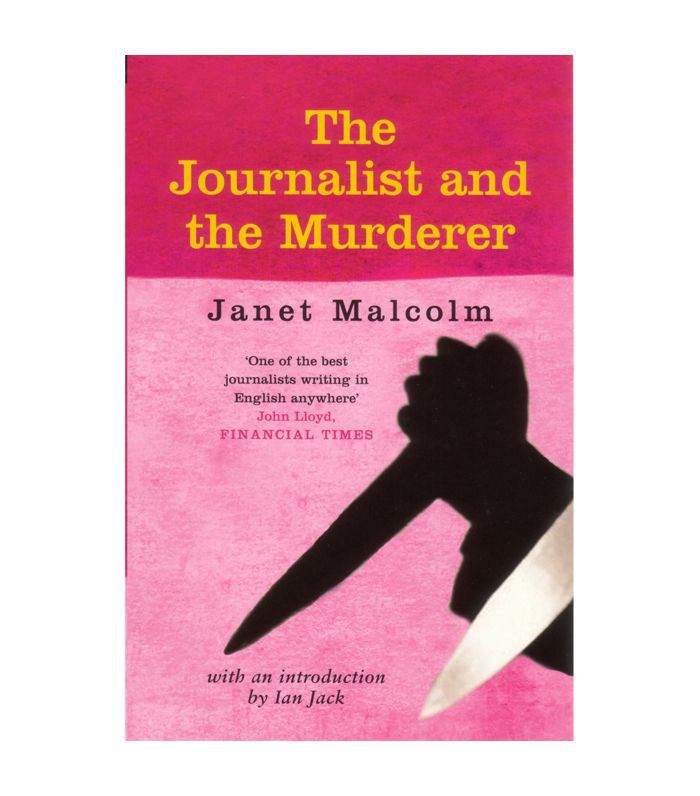 Janet Malcolm The Journalist and the Murderer $14
Shop

The Driving Questions: What's the nature of the relationships between trusted journalists and their murderous subjects? What morals are at stake?

The Mood: If you've ever wanted to psychoanalyze a journalist, now's your chance. Focusing in on the Jeffrey MacDonald murder case and subsequent lawsuit against the author of Fatal Vision, Janet Malcolm takes a cerebral meta approach to the true crime genre. It does not paint a kind picture of the journalist, so if that's your job title and you fancy yourself thin-skinned, this may not be the read for you. 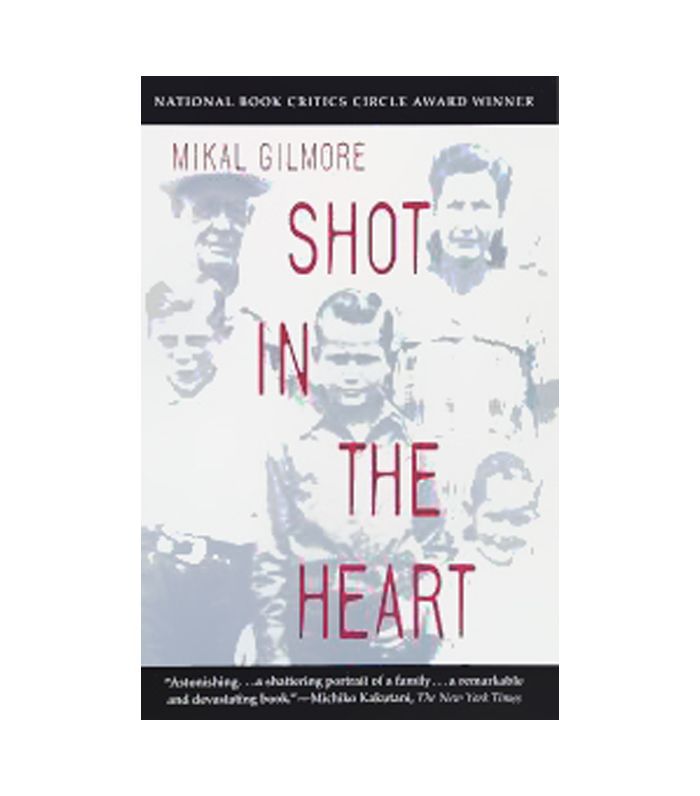 The Driving Questions: How much do childhood and lineage really tell us about a murderer? How do a murderer's family members live with their lineage?

The Mood: We rarely hear from the family members of killers in such depth, so when we get the chance to hear a more intimate portrait of their early lives, it's pretty hard to resist. The murderer at the heart of Norman Mailer's The Executioners Song, Gary Gilmore, comes back to haunt even more readers, except this time, it's his brother doing the writing. We learn about his dysfunctional childhood home "from inside the house where murder is born," as he says. 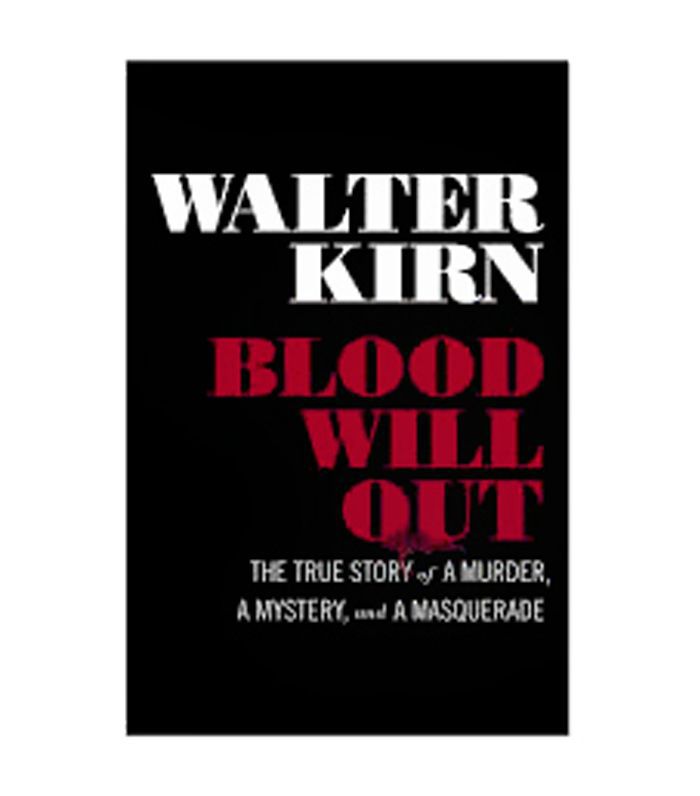 Walter Kirn Blood Will Out $10
Shop

The Driving Questions: What happens when a novelist has a chance encounter and then strikes up a friendship with someone who turns out to be a dangerous con man? How can someone live a lie to such an extreme extent without anyone knowing?

The Mood: This brilliantly gripping book, is what. As a professional writer, Walter Kirn tells the reader the captivating story of the real-life Mr. Ripley, Christian Gerhartsreiter (who'd also lived under the aliases of Clark Rockefeller, Christopher Chichester, and Christopher Crowe), with a personal spin since they had been friends for 15 years when his real identity was uncovered. You could say the source material fell into his lap. In fact, the two initially met when Gerhartsreiter, then living as Rockefeller, adopted Kirn's sick dog on the internet. And he's not the only one who fell for his lies—he was married to a Merrill Lynch executive for 12 years. 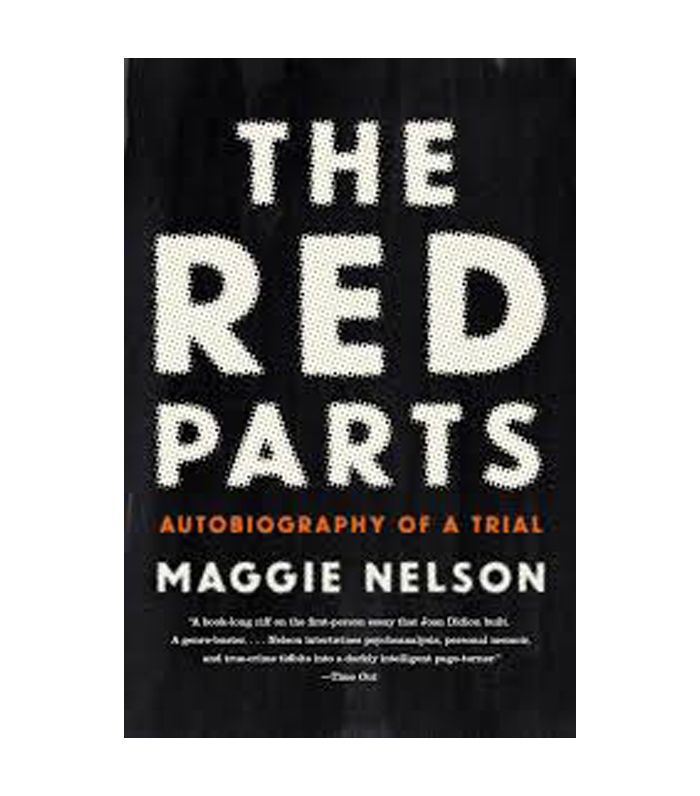 The Driving Questions: On a personal level, how do unsolved mysteries and tragedies echo throughout the survivor's lives? Collectively, why do these cases turn us into DIY sleuths?

The Mood: The esteemed author's aunt had been murdered 35 years prior when they realized she wasn't the victim of a gruesome serial killer as they had previously assumed. This genre-bending memoir is an account of the trial fused with Nelson's own impressions, musings, and revelations while she also interrogates the American obsession with missing white girls.

Next True Crime Book to Read: Death in the Air 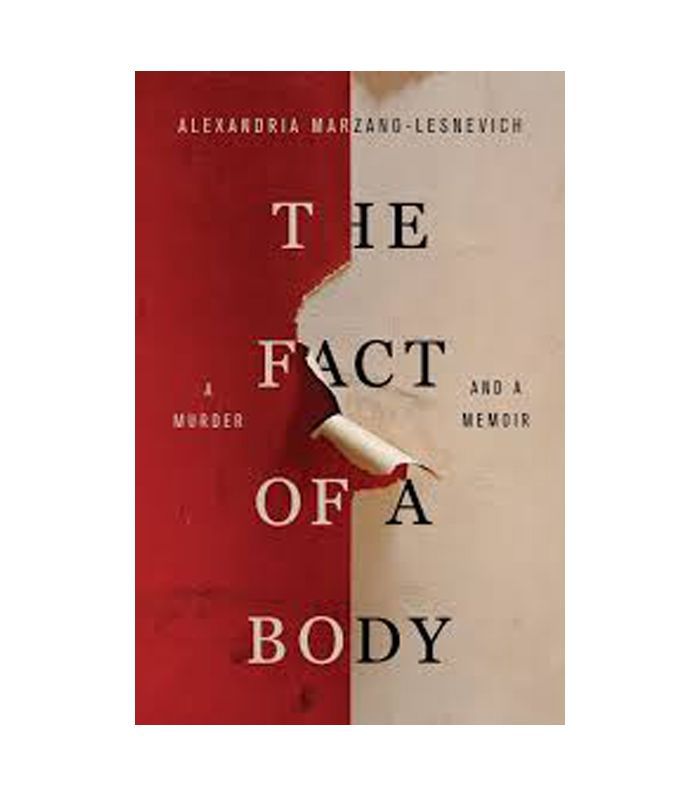 Alexandria Marzano-Lesnevich The Fact of a Body $14
Shop

The Driving Question: What happens when our most deeply held, moral-driven beliefs about the death penalty change in an instant?

The Mood: A young woman on the precipice of her career as an attorney has a life-changing realization: Though she was staunchly against the death penalty for as long as she can remember, she wants the man she was supposed to defend to die. This shift sets her on a mission to understand her own personal history, uncovering the experiences that ultimately shape the perceptions that define our lives.

Next True Crime Book to Read: The Executioner's Song 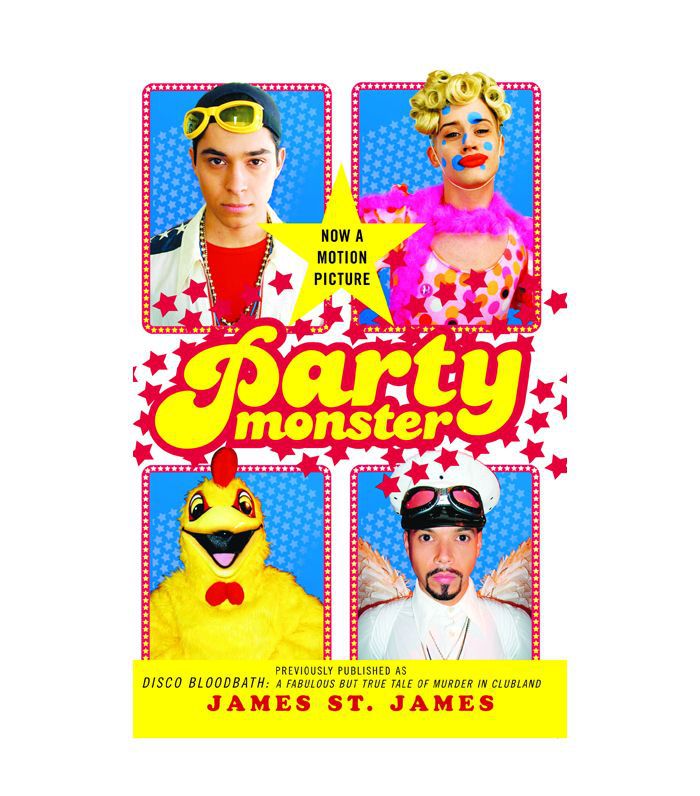 The Driving Question: How can we tell the difference between a hedonistic junkie who panic-kills a pissed-off drug dealer out of self-defense and a sociopathic murderer?

The Mood: In Party Monster, James St. James gives the reader a glimpse into the avant-garde, iconic youth that made the New York City nightclub scene of the '90s. As a personal close friend of Michael Alig, the man who killed their drug dealer, we see just how terrifying the potential of hedonism is. When he was released on parole in 2014, he provided new insight into his crime, saying to journalist Michael Musto, "I know why I blabbed. I must have wanted to stop me. I was spinning out of control. It's like the old saying 'What do you have to do to get attention around here—kill somebody?'"

Next True Crime Book to Read: Under the Banner of Heaven 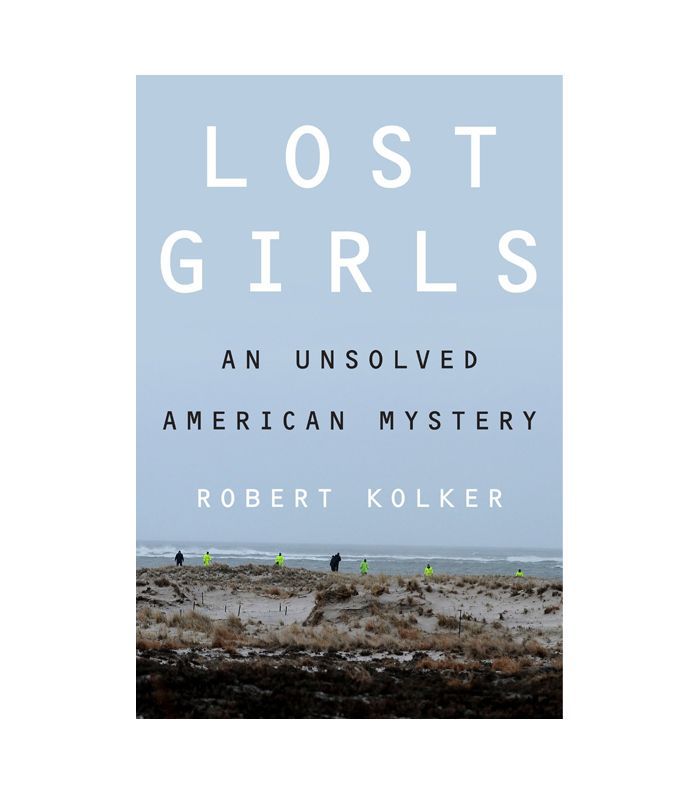 The Driving Questions: How has the internet exacerbated the potential dangers of sex and money, and which victims of these dangers do we pay attention to?

The Mood: Though it's unsolved and clouded in ambivalence, one thing is for sure: There's an active serial killer in Long Island. In this investigative piece, Robert Kolker paints a portrait of five of the young women killed by this serial killer and later in the book reveals the ways in which American culture has contributed to a string of disappearances of young women working as escorts. 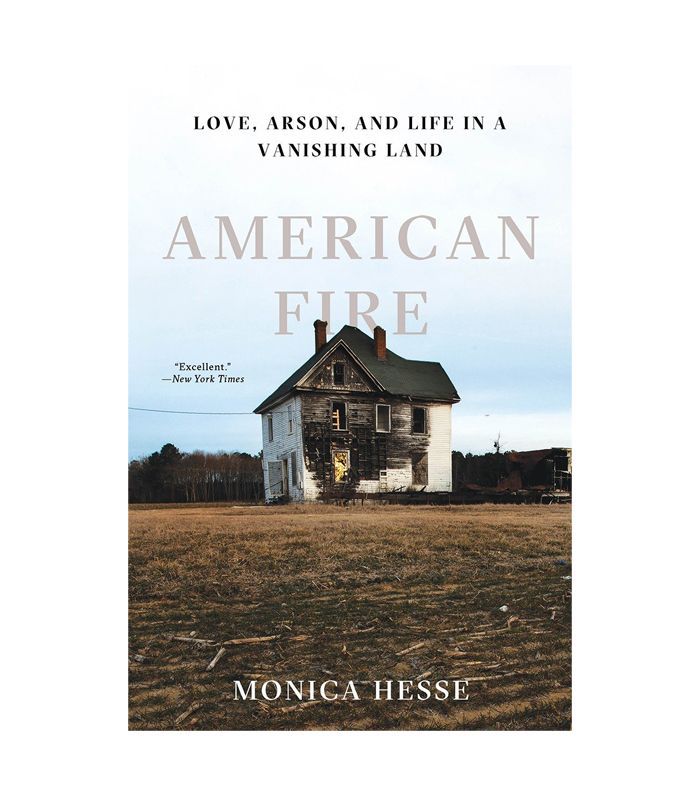 The Driving Questions: What makes an arsonist, and why do we destroy things?

The Mood: This true crime book stands out among the rest in this roundup because it offers insight into a different kind of offense: arson. Monica Hesse examines the psychology behind a series of fires that burned much of Accomack County, a town that's been hit by an economic downfall. Hesse explores the larger implications of this crime, its setting and inhabitants, and the institutions that may have influenced the perpetrators.

The Question: Is there such thing as a "motiveless" murder? And if so, can there still be an answer as to why it happened?

The Mood: The Manson cult murders are some of the most notorious and mind-boggling crimes in American history, and this book is a gripping analysis of the man who orchestrated them. It paints a vivid portrait of how the free-spirited, peace-loving spirit of the sixties ended when this California cult carried out the murders.

Next True Crime Book to Read: The Road to Jonestown

The Question: How do we know when someone is wrongly convicted of a crime? Is it worse to set free a guilty person or imprison an innocent one?

The Mood: If you canceled all your plans to listen to Serial in one sitting, you are going to eat this book up, too. Chaudry presents and analyzes new evidence that we didn't hear about in Serial. It's a follow-up to the true-crime podcast that looks into the murder of Hae Min Lee, Adnan Syed's ex-girlfriend. He was convicted of the crime and sentenced to life in prison, plus 30 years, in 2000. He still maintains his innocence and has used up all his appeals.

Next True Crime Book to Read: The Feather Thief