10 Vegan Cookbooks With Recipes So Good, Even Meat Eaters Will Be Pleased

In case you missed it, vegan cooking isn't just for those who strictly follow the dietary guidelines that are dedicated to abstaining from any animal byproducts. Vegan food continues to gain popularity, even amongst those who enjoy a meaty dish from time. In fact, the demand for meat-free food increased by a whopping 987 percent in 2017, as the trending diet continues to attract more people looking for healthy and sustainable options.

So whether you've been a vegan for years or are newly interested in the food trend, it's time to stock up on some of the best vegan cookbooks for your kitchen. After all, vegan food isn't just about salads and veggie platters. A quick glance of Amazon's vegan cookbook selections proves that there are a plethora of ways to dress up plant-based foods. Think: vegan dishes inspired by everything from tacos and chili to burgers and pizza.

Yes, you can still enjoy your favorite foods with a fun, vegan twist. If you're ready to get started on your exploration of vegan culinary creations, keep scrolling to shop 10 of the best vegan cookbooks currently available. Your tastebuds will thank you. 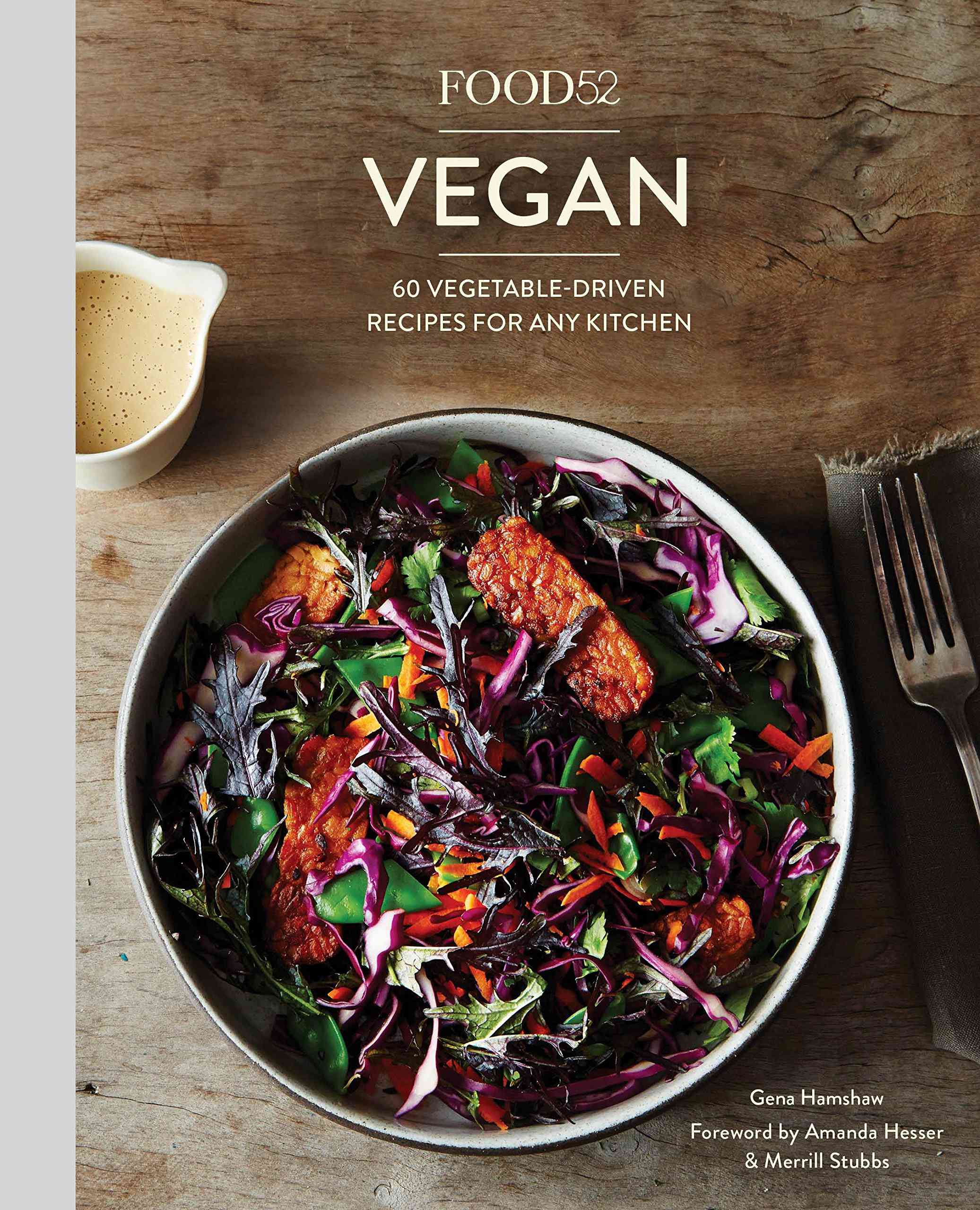 This vegan cookbook comes from the creators of Food52, an online food community that offers up recipes, cooking advice, and kitchen essentials. Specifically, many of the recipes come from Gena Hamshaw's New Veganism column featured on the site. Hamshaw and Amanda Hesser's take on vegan cooking includes tasty, easy-to-make recipes meant to help people incorporate plant-based dishes into their daily life. 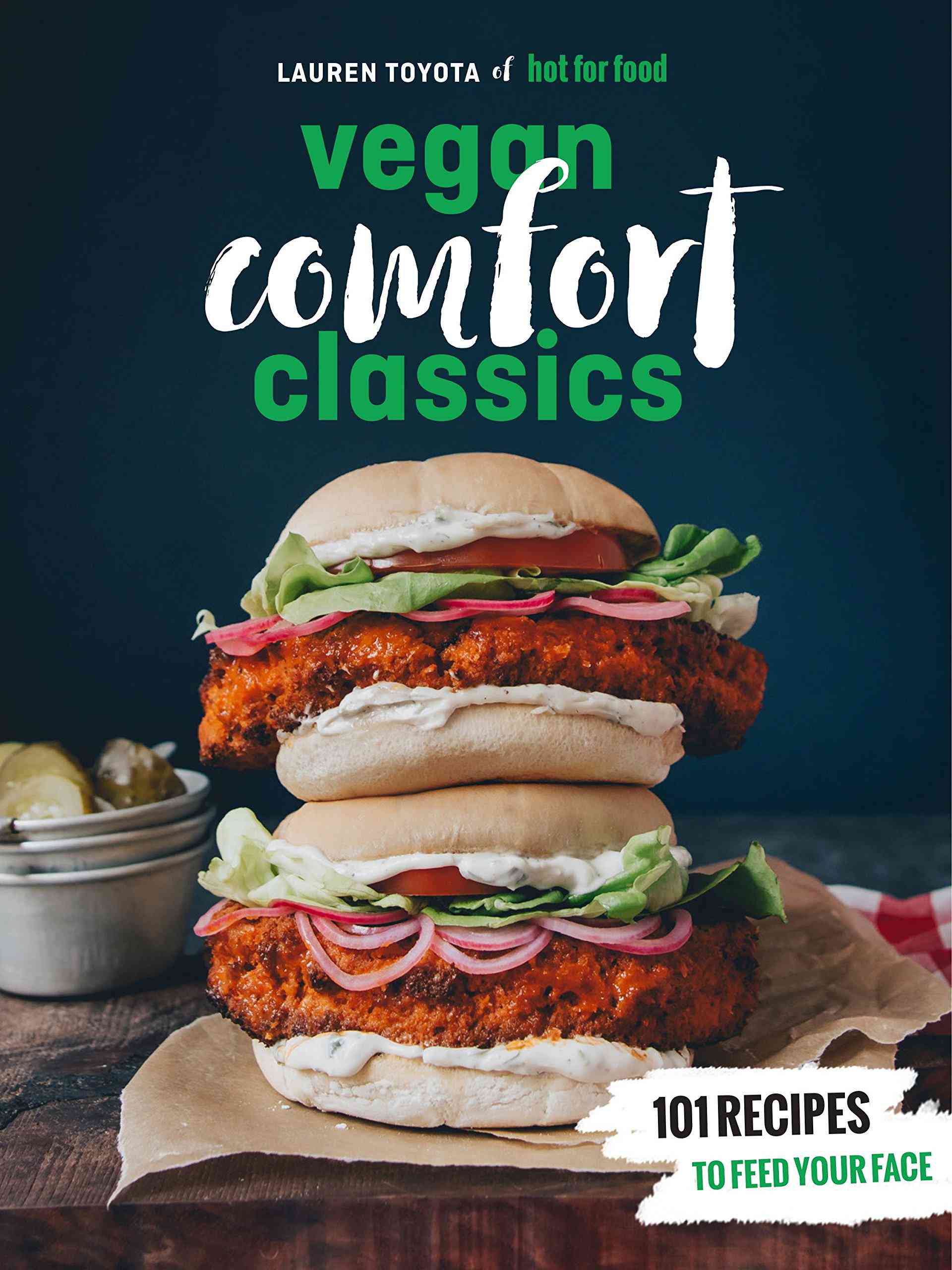 While vegan food includes many healthy ingredients, there's no reason you can't indulge in a few fried dishes every once in a while. This vegan cookbook was designed to help you do just that. It offers recipes for classic comfort foods like Philly cheesesteak, fried chicken, and mac and cheese—of course, all with a clever vegan twist. It's all the familiar flavors you love in a whole new way. 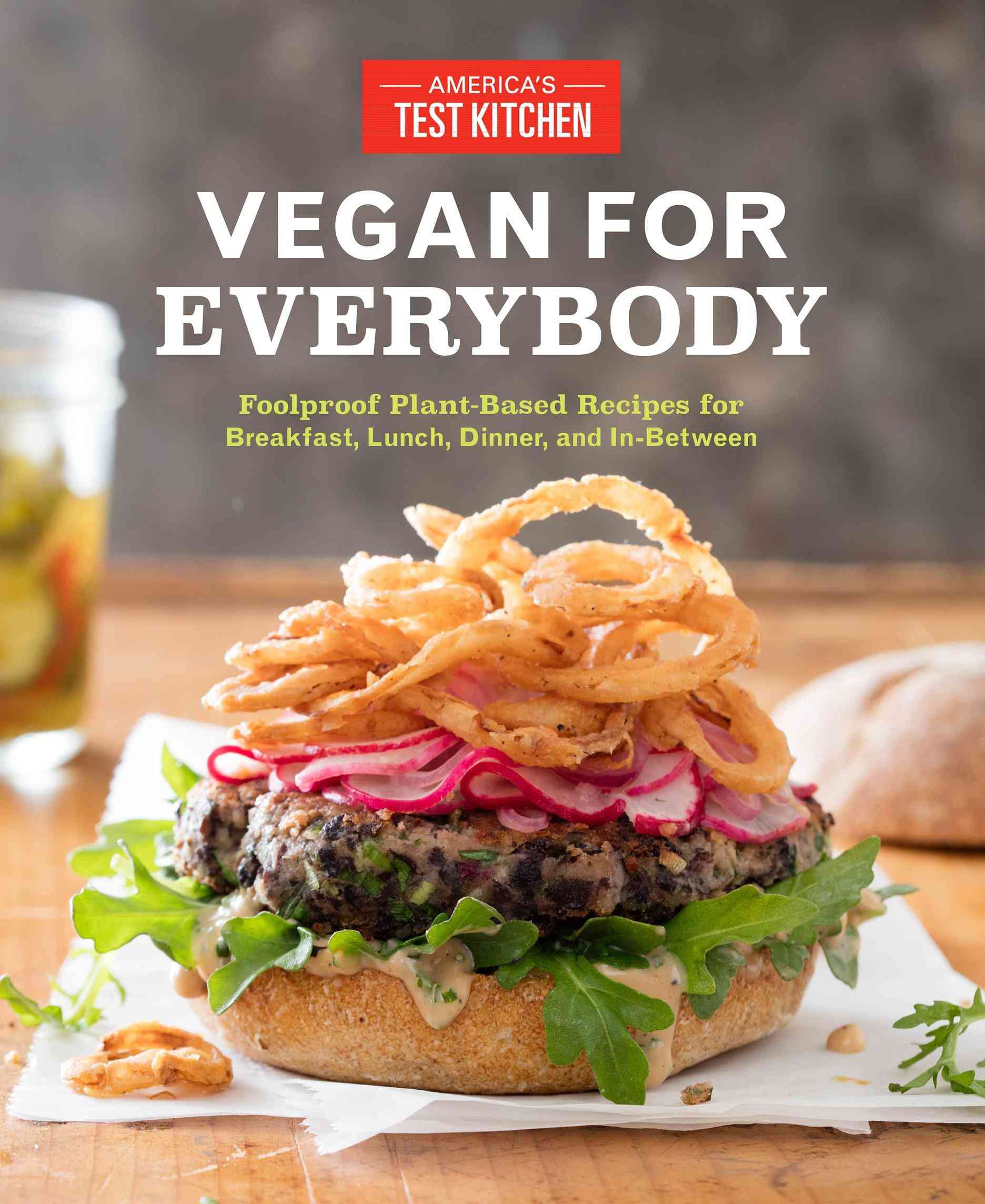 Developed by America's Test Kitchen, a trusted source for all kinds of recipes and cooking advice, Vegan for Everybody follows through on its title's promise. The cookbook provides accessible vegan recipes for any home cook, whether you're a novice or a pro. Plus, you can rest easy knowing the creators of this book put every recipe included to the ultimate test, ensuring that each vegan dish is as tasty as it is original. 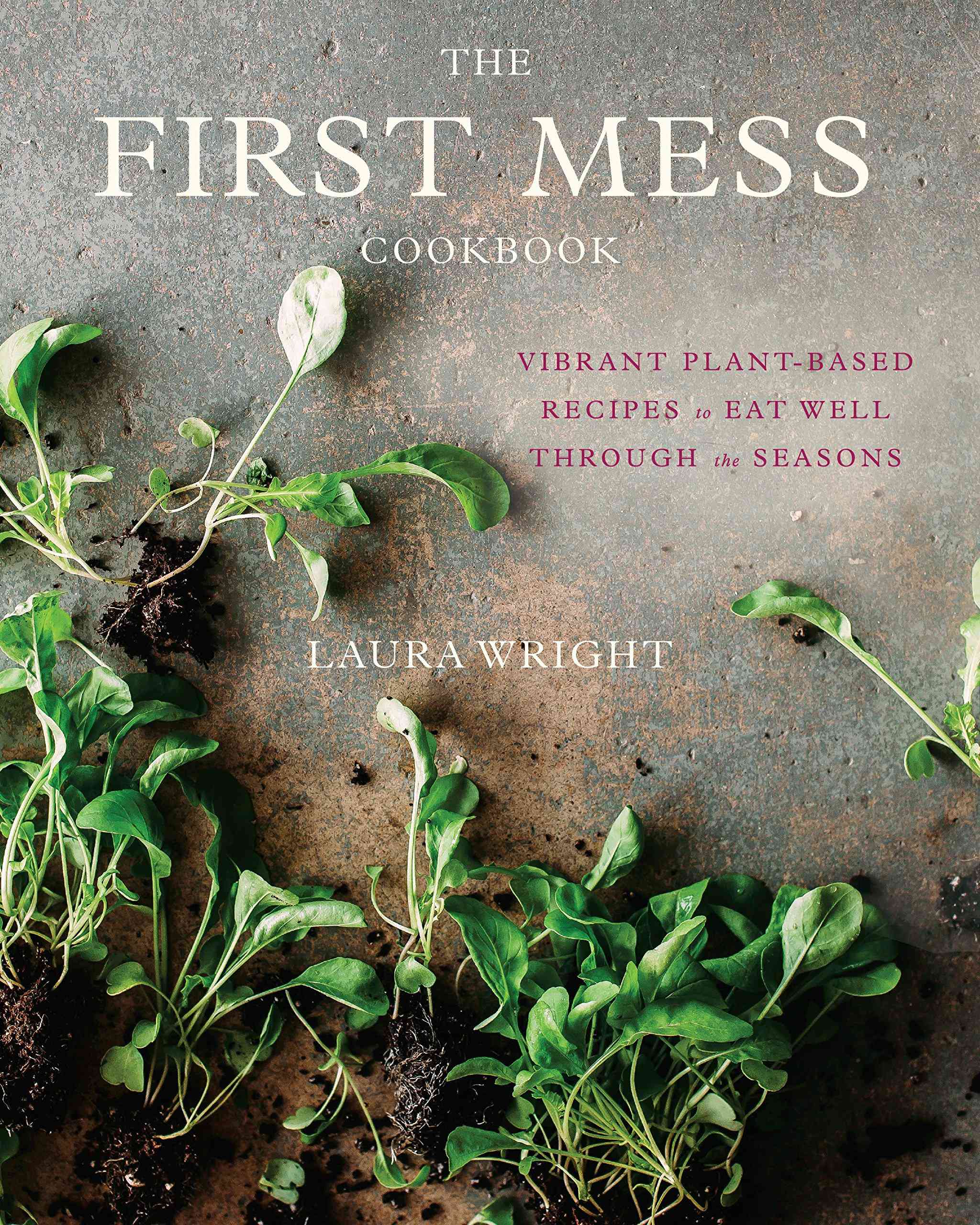 This cookbook comes from popular vegan food blogger Laura Wright, whose site is also named The First Mess. She's made a name for herself as a creator of healthy, plant-based recipes and now she has a cookbook packed with all her best creations. Along with deliciously healthy recipes, the book also includes her stunning photography, which followers of her blog have come to expect along with each new recipe. 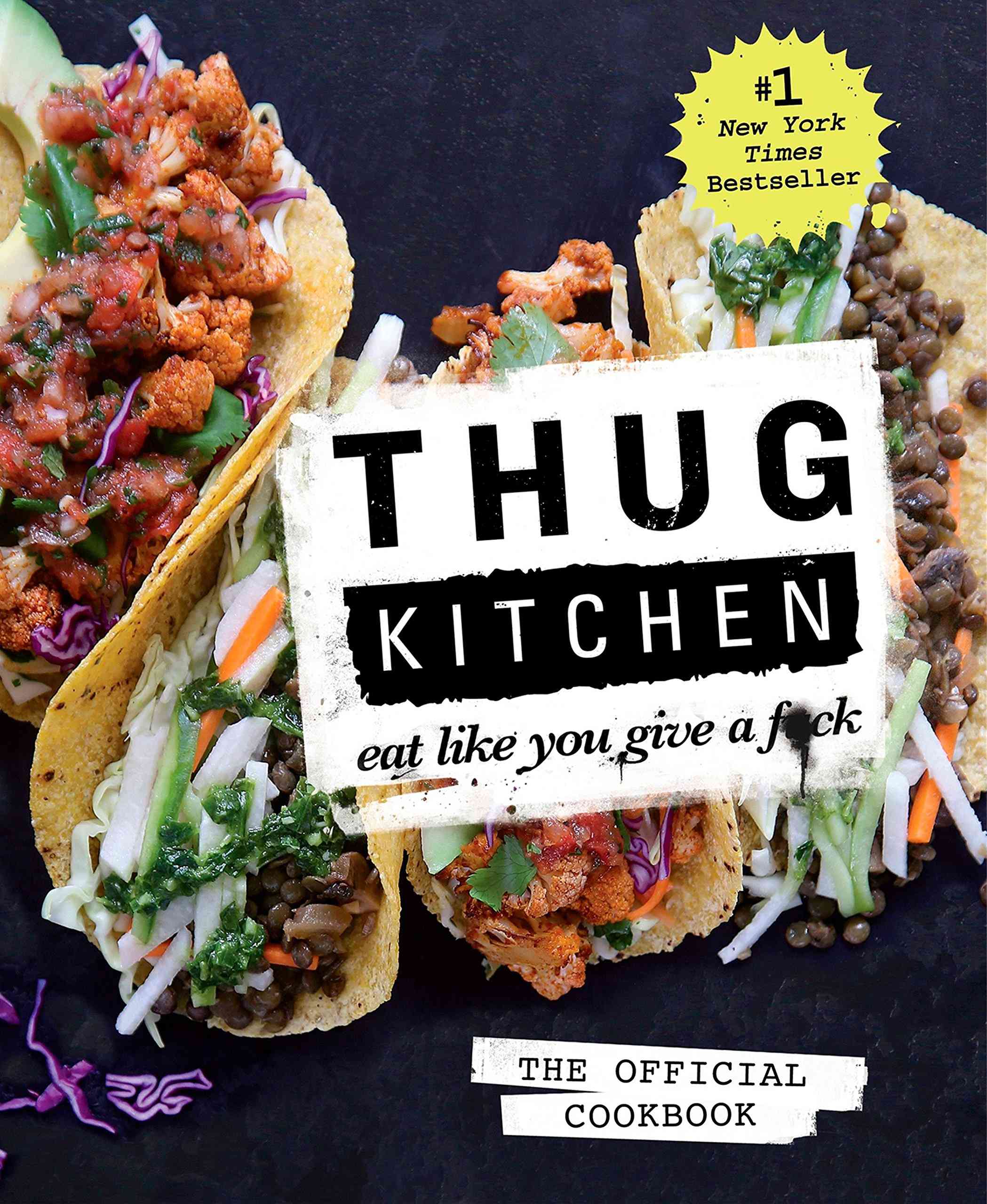 From the creators of the popular website by the same name, Thug Kitchen is one vegan cookbook that challenges the stereotypes that often surround plant-based cooking. With a focus on helping people adopt a healthier lifestyle and a welcome dose of humor to boot, the book has racked up millions of dedicated fans, including one Gwyneth Paltrow. 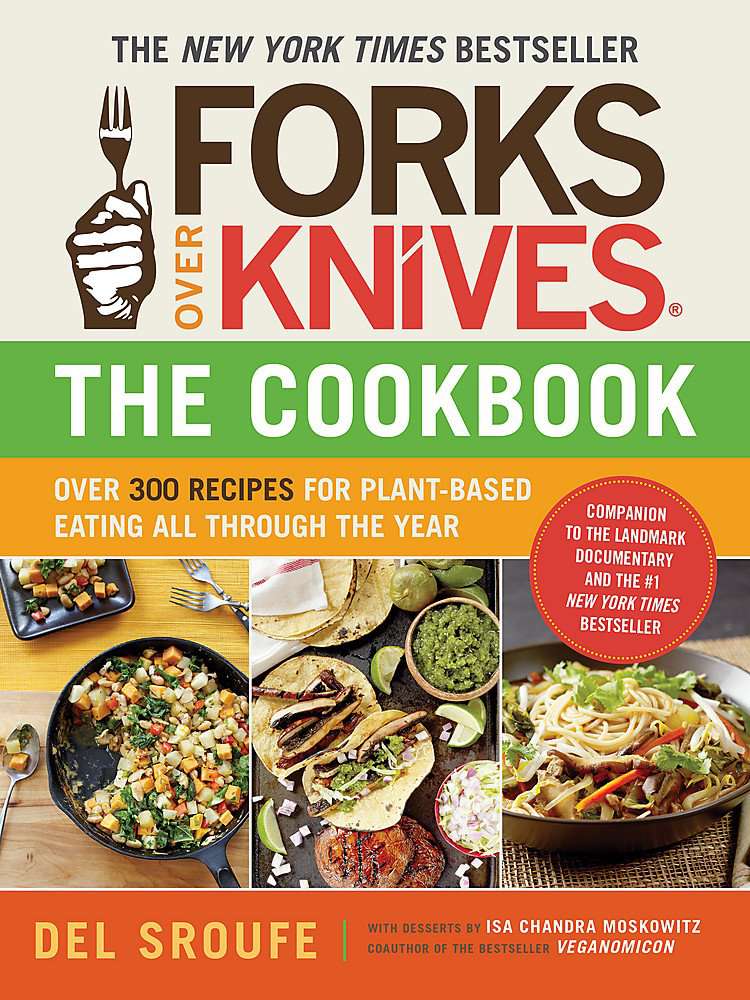 This vegan cookbook is filled with over 300 original recipes based on the influential documentary also named Forks Over Knives. The philosophy behind both argues that removing animal-based products and processed foods from your diet can help with chronic illnesses. The book includes healthy recipes that may help you lose weight, lower cholesterol, and prevent diseases. 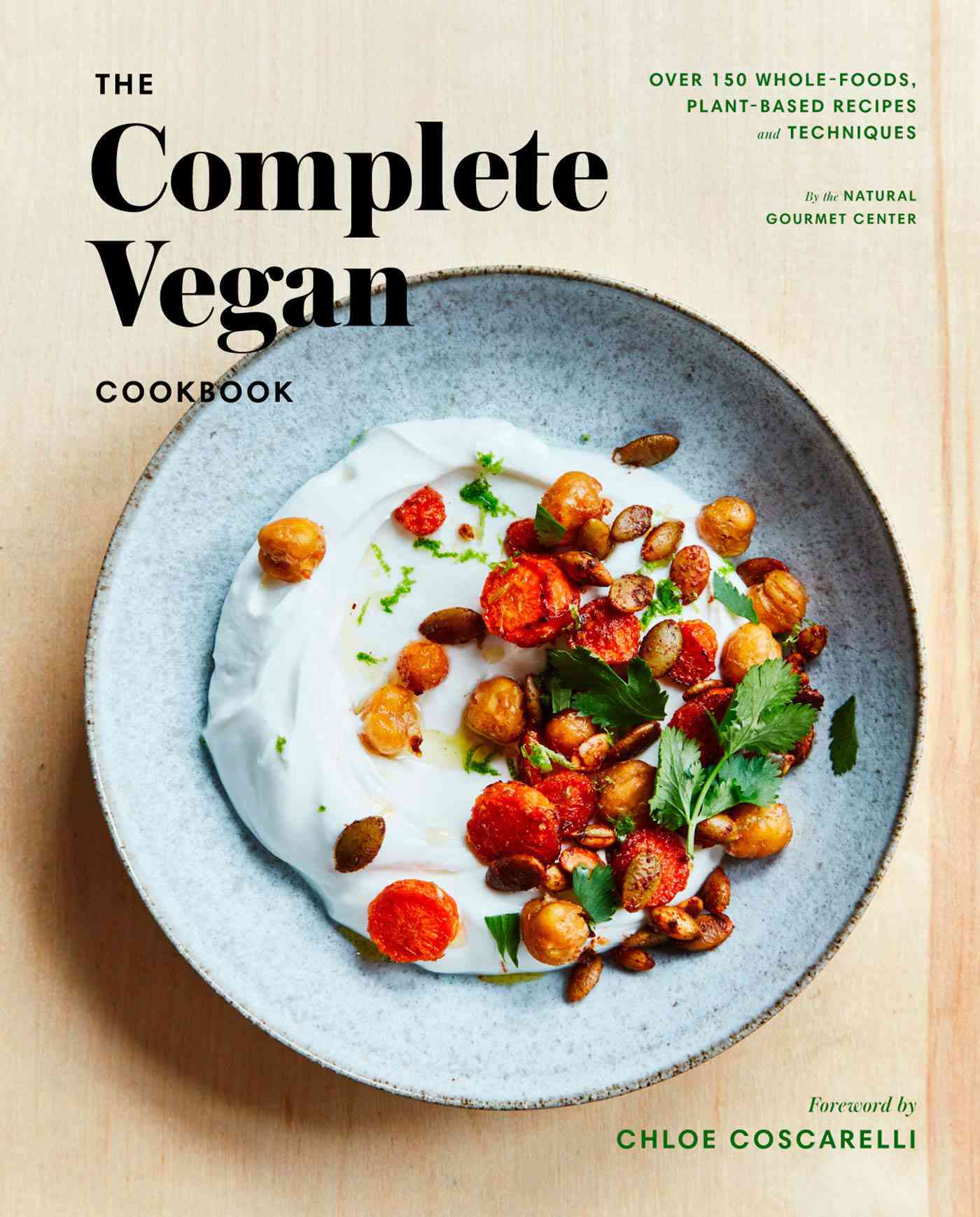 With a name like The Complete Vegan Cookbook, it's easy to see how the book landed on this list of the best vegan cookbooks around. The recently released work comes from The Natural Gourmet Institute, which is a health-focused culinary school with a curriculum centered around using local, seasonal ingredients. Not only does the book include delightful vegan cuisine, but it also offers helpful nutritional tips and information about how to source sustainable ingredients. 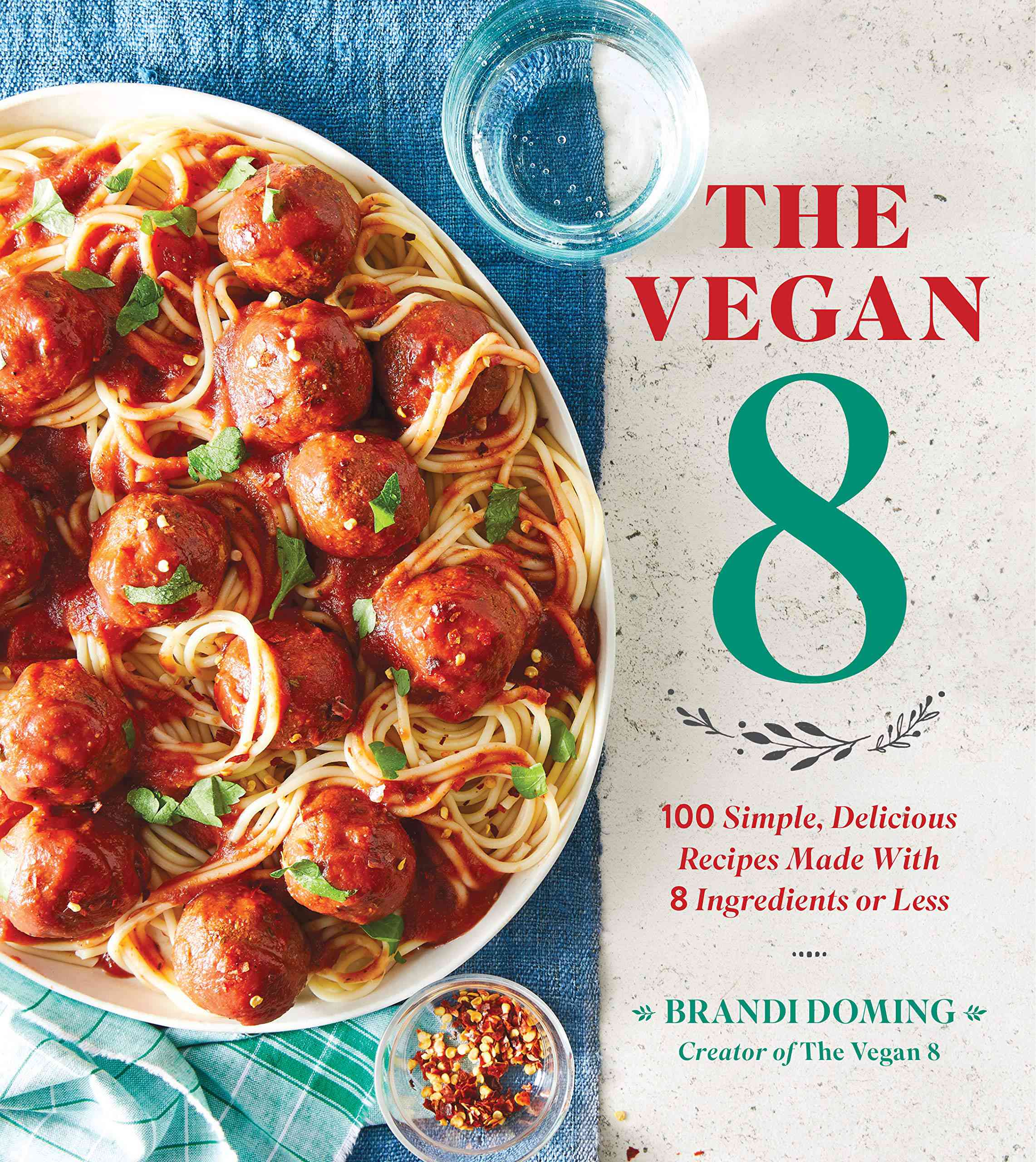 After her husband received a startling health diagnosis, blogger Brandi Doming went vegan and created The Vegan 8, which is also a popular food blog. Along with being fully vegan, most of the recipes included in the cookbook are also oil-free, gluten-free, and nut-free. The best part about this book is that each recipe calls for no more than eight ingredients, which is virtually unheard of when it comes to vegan cooking. 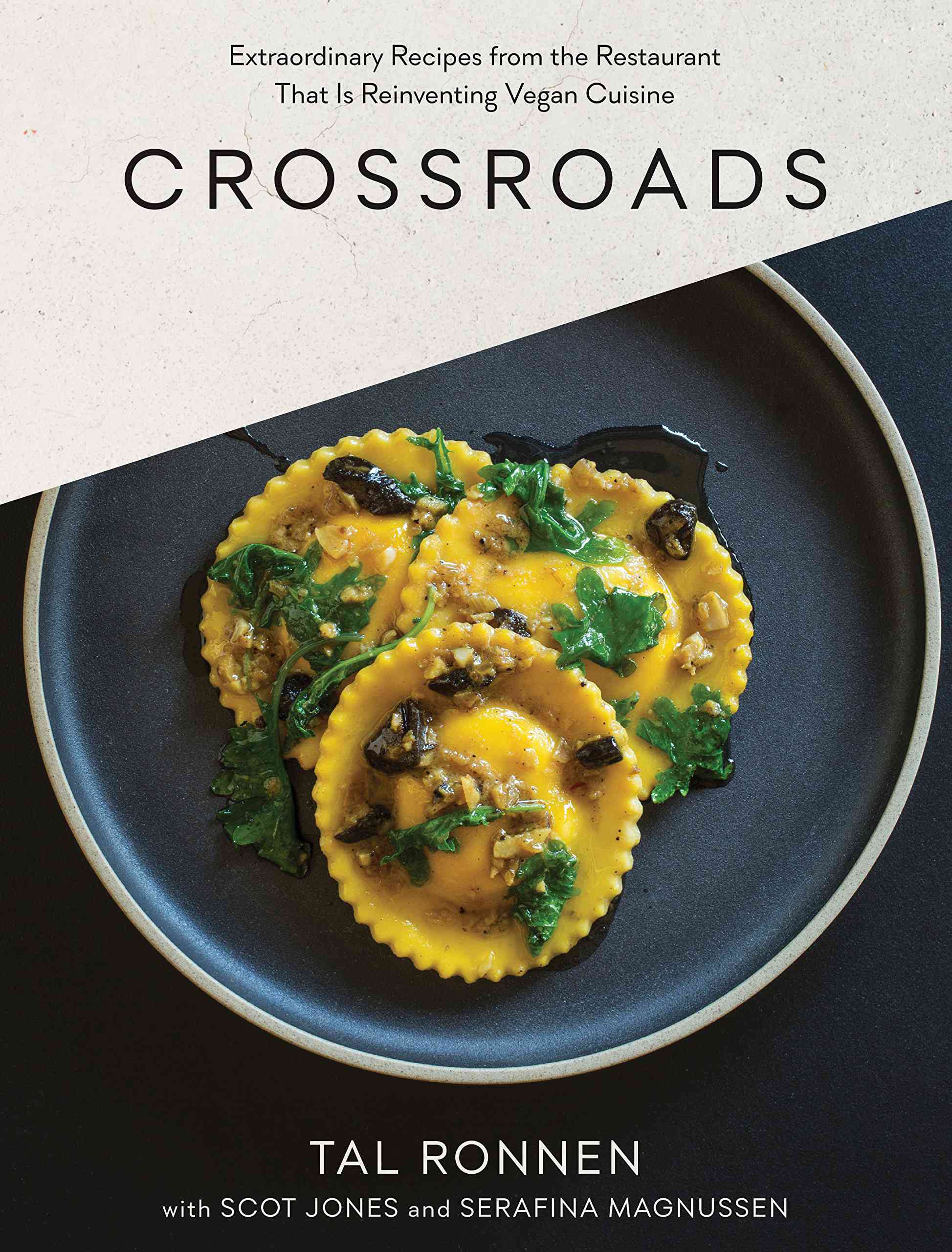 For the uninitiated, Crossroads in an entirely vegan restaurant found in Los Angeles, California. However, unlike most restaurants that serve vegan cuisine, the dishes are free of soybeans and seitan. Instead, they rely on seasonal vegetables, beans, nuts, and grains. This cookbook created by owner Tal Ronnen includes recipes featuring the same Mediterranean foods found in his restaurant. 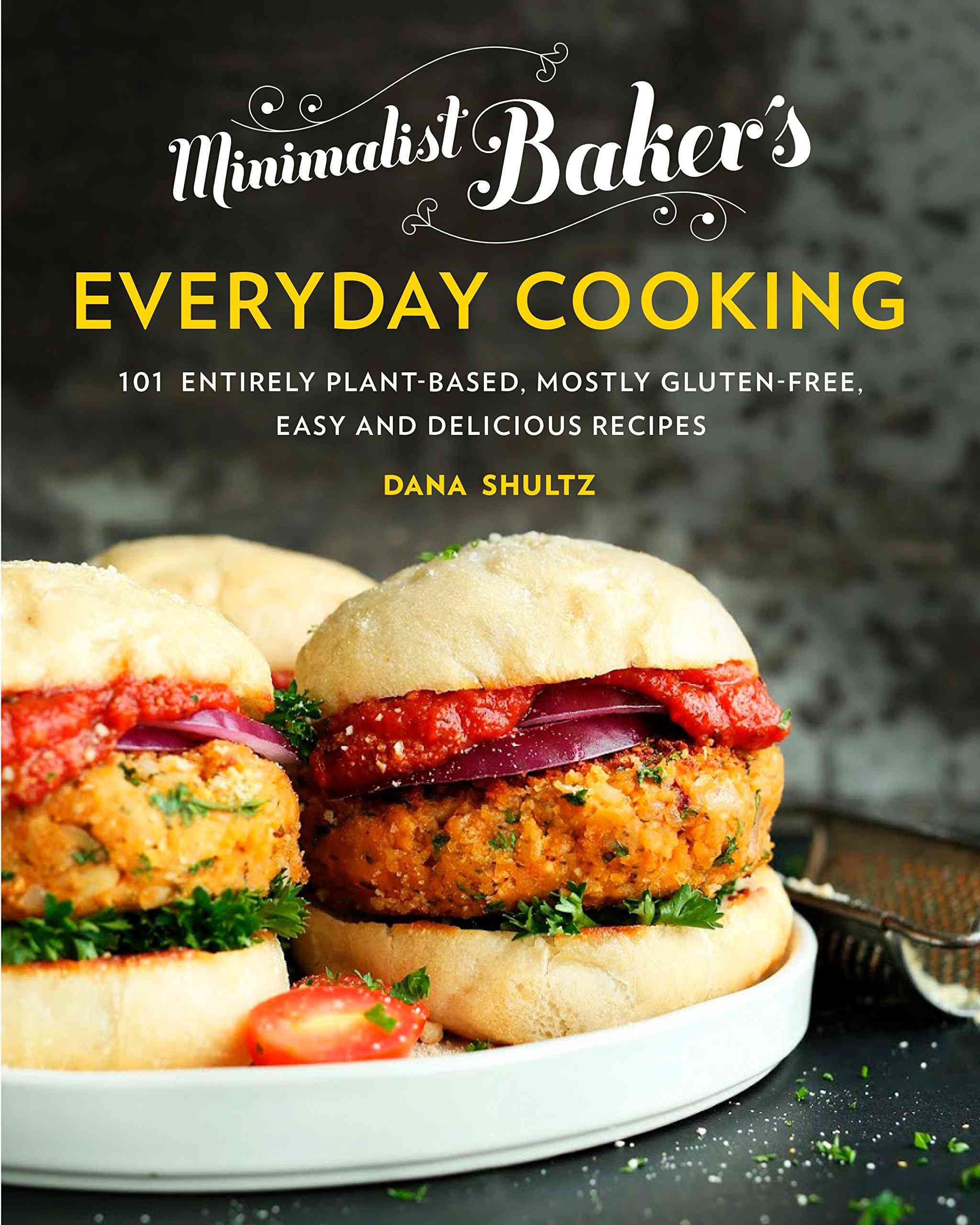 If you've ever searched for vegan recipe ideas on the Internet, you've likely come across a few of Dana Shultz's creations. She's the creator of the popular food blog Minimalist Baker, and her cookbook includes a collection of her ingenious recipes. Every recipe calls for 10 simple ingredients or fewer, and many require just one bowl or pot to bring together. Along with vegan recipes, many of the offerings are also gluten-free.

Next up: 5 healthy pasta recipes that are 100% vegan (and totally delicious).