Hands Down These Are the 21 Best Vodkas for Martinis

American journalist and satirist H. L. Mencken once said, “Martinis are the only American invention as perfect as a sonnet.” Whether your sensory inclinations tend toward sound or taste, it’s hard to disagree. One of the most sophisticated cocktails of all time, the martini has the distinct honor of being both one of the oldest—and trendiest—cocktails. While a strong case has historically been made for the gin martini, the emergence of organic, artisanal vodkas has captured the attention of top mixologists and cocktail lovers alike. With a liquor-forward composition, a martini is only as good as the vodka it’s based on, so choose with care. Read on for 21 of the best vodkas for martinis.

This ultra-premium, certified-organic vodka isn’t just pure, it’s borderline otherworldly. Distilled in a copper and gold still inside a 13th-century castle, its profile is remarkably complex and infinitely smooth. Distilled 34 times, Purity absolutely lives up to its name, and pairs well with either olives or a twist. 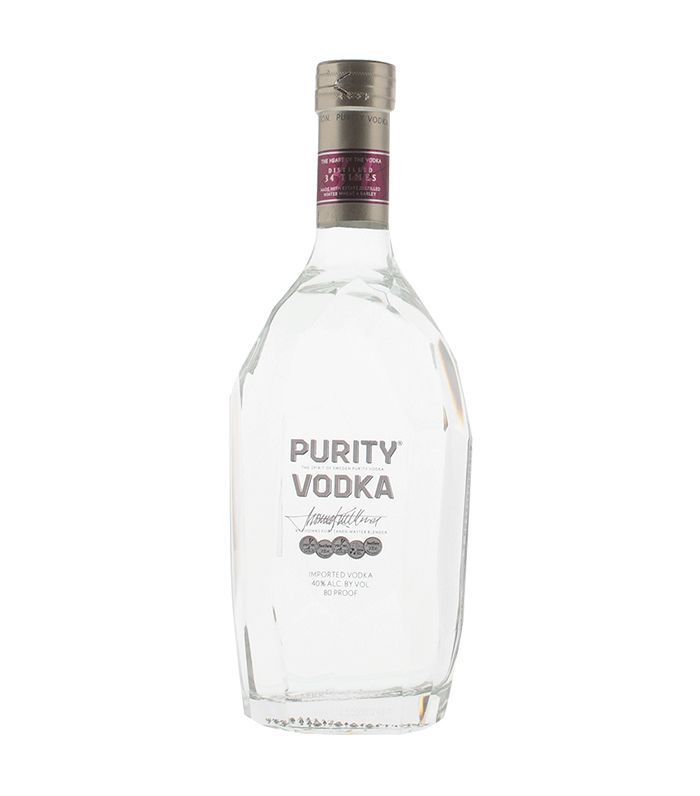 With a portfolio that includes gin, absinthe, and even single malt whiskey, St. George is something of an artisan jack-of-all-trades. This much loved San Francisco-based distillery shines with one of the absolute best vodkas for martinis. It’s elegant and down-to-earth, featuring the best fresh ingredients and a West Coast sensibility. 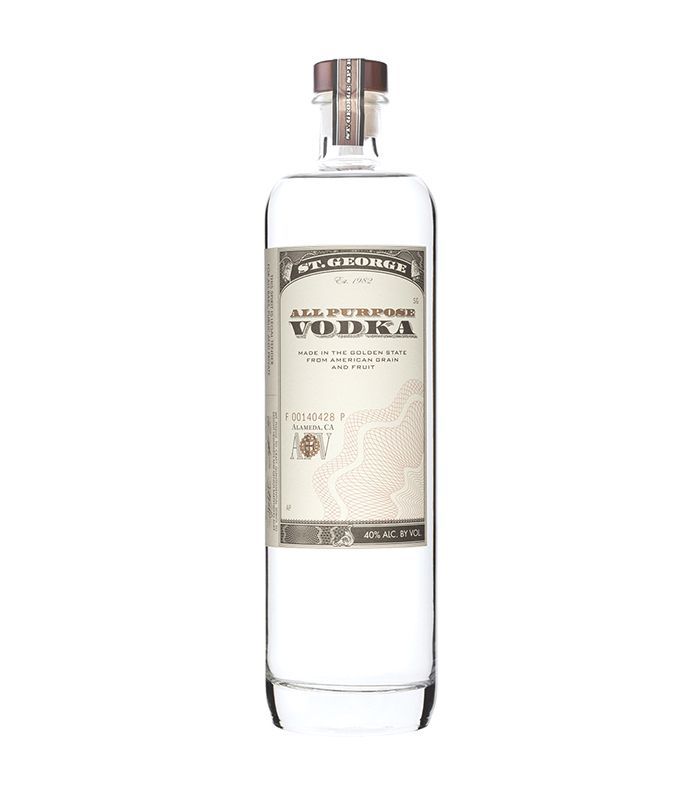 On the opposite coast from St. George, Caledonia Spirits has rigged up a Vermont-derived vodka that lends its own unique taste to the vodka martini. Unlike most competitors, with recipes that contain either potatoes or grains, Caledonia relies on the local beekeeping tradition to craft its vodka from raw, local honey, making this the perfect choice for those who like a bit of sweetness in their martini. 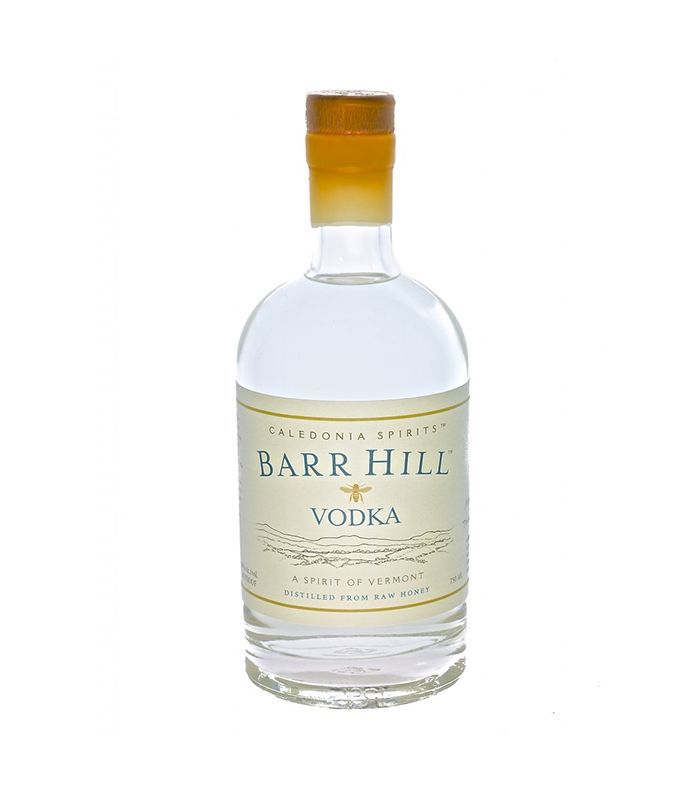 Crisp, fresh, organic, and about as healthy as one could hope, Square One continues to craft some of the best vodkas for martinis. One of our favorite variations is its cucumber vodka, which pairs expertly with a few drops of artisan Lo-Fi dry vermouth and two to three slices of muddled organic cucumber. 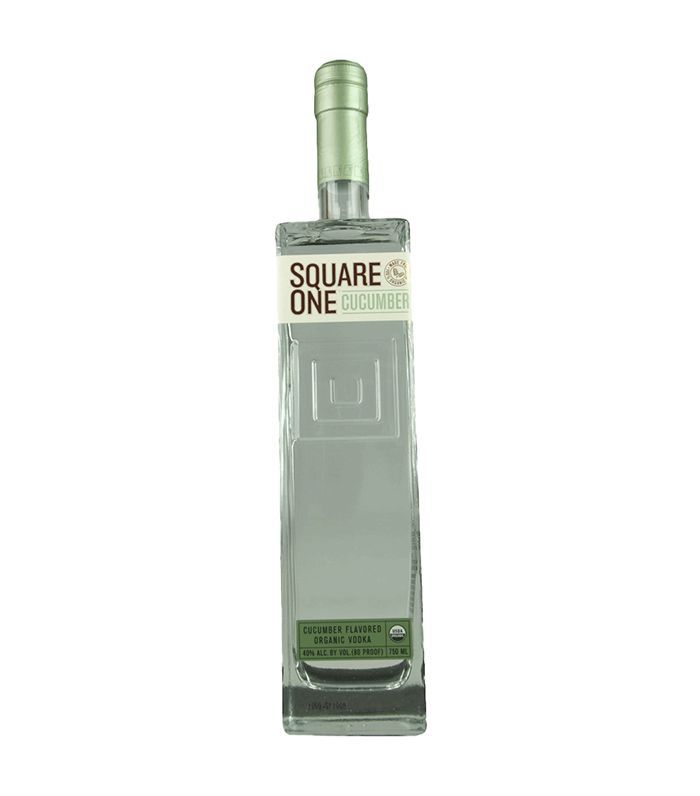 The bright, citrus taste of Reyka vodka is ideal for drinking on its own as well as being incredibly versatile. It’s a perfect choice for classic martinis, and, according to bartender Lucinda Sterling of Middle Branch in NYC, “has a nice mouthfeel, neat or on the rocks.”

To shake (or stir) things up, make your drink a No. 3 Martini with a few dashes of orange bitters. 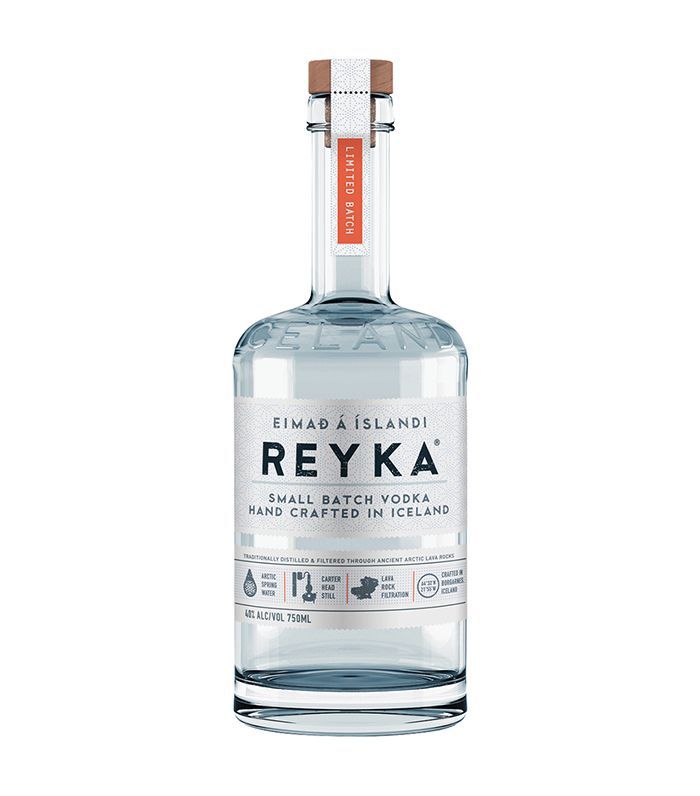 Representing the first vodka in the super-premium category, this rye-based, charcoal-filtered vodka relies on 100% Polska rye and water from its own natural well—plus 600 years' worth of vodka-making tradition—to produce a spirit that's notably smooth and clean, with a hint of vanilla. Sip it in a martini or on the rocks. 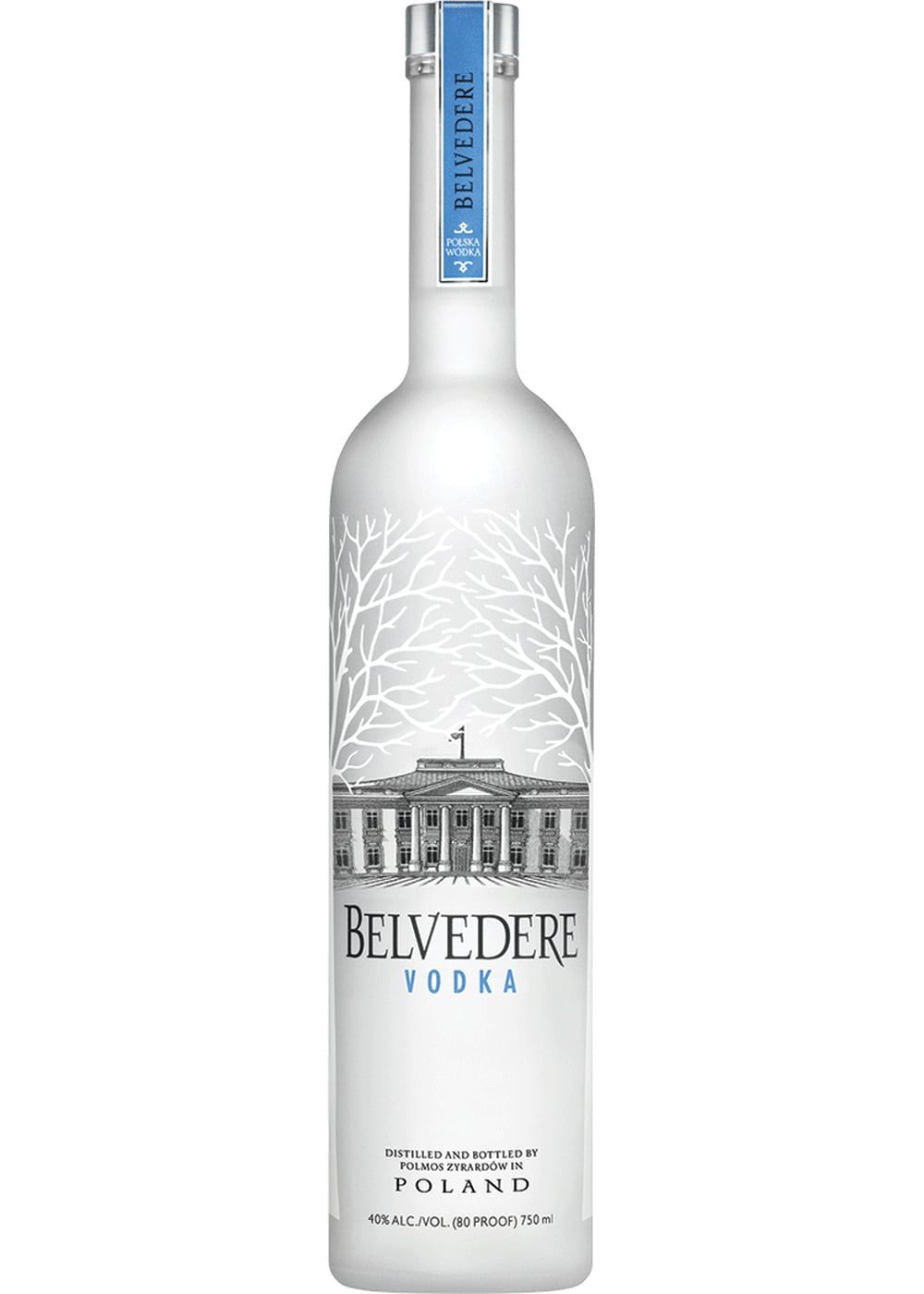 A product of Cognac, France, Grey Goose Vodka has been a top-shelf staple in American bars since its debut in 1997. It employs single-origin Picardie wheat and pure spring water from the label's own limestone well to create a clean-tasting vodka that's ideal as a foundation for a martini. 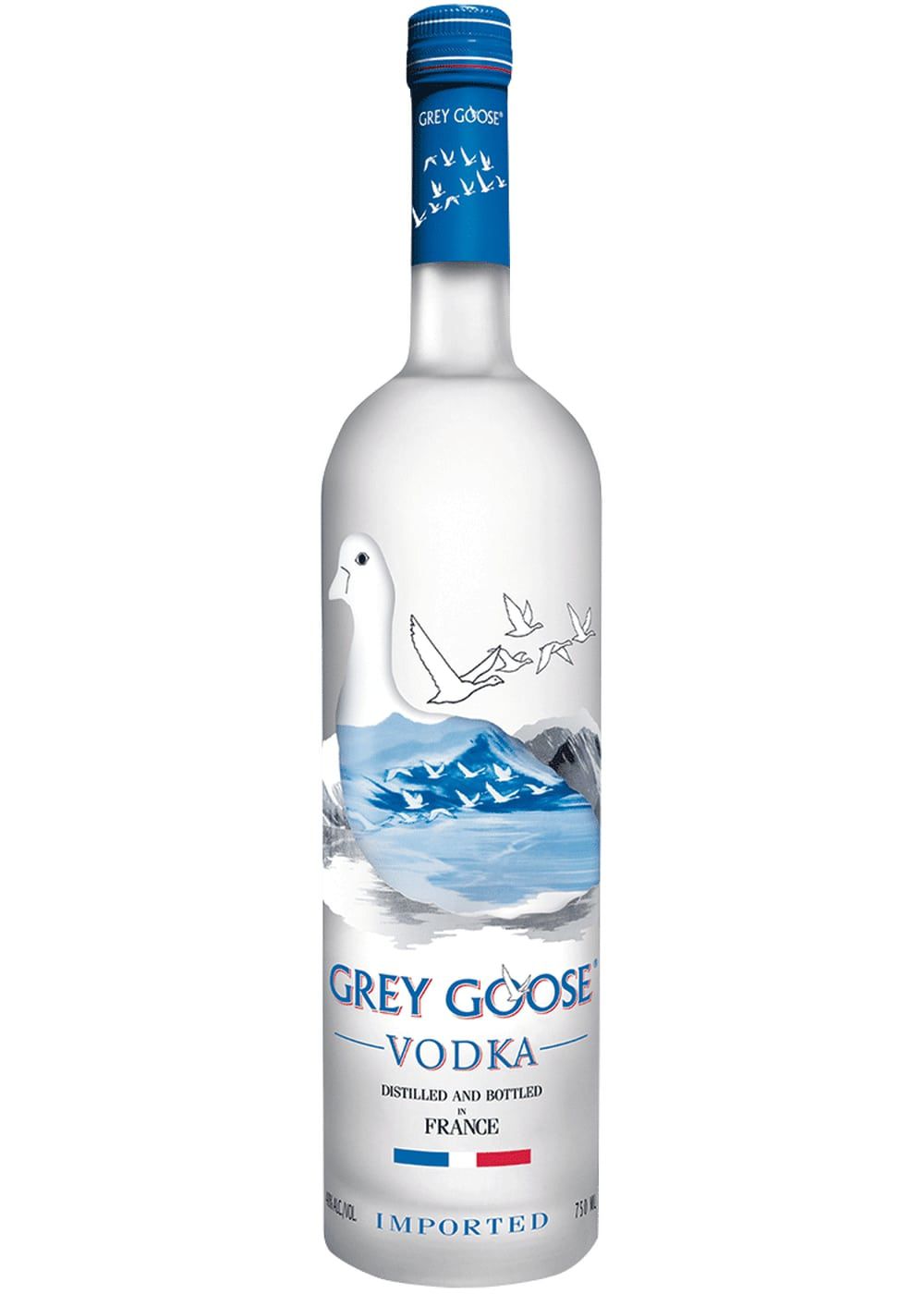 This American-made vodka boasts a creamy mouthfeel and just a hint of sweetness. Its palate-pleasing attributes are due to the trio of organic, domestic grains from which it's made: hard red winter wheat, corn, and malted barley—the same blend used in Death Door's gin. Drink it ice-cold, with a twist. 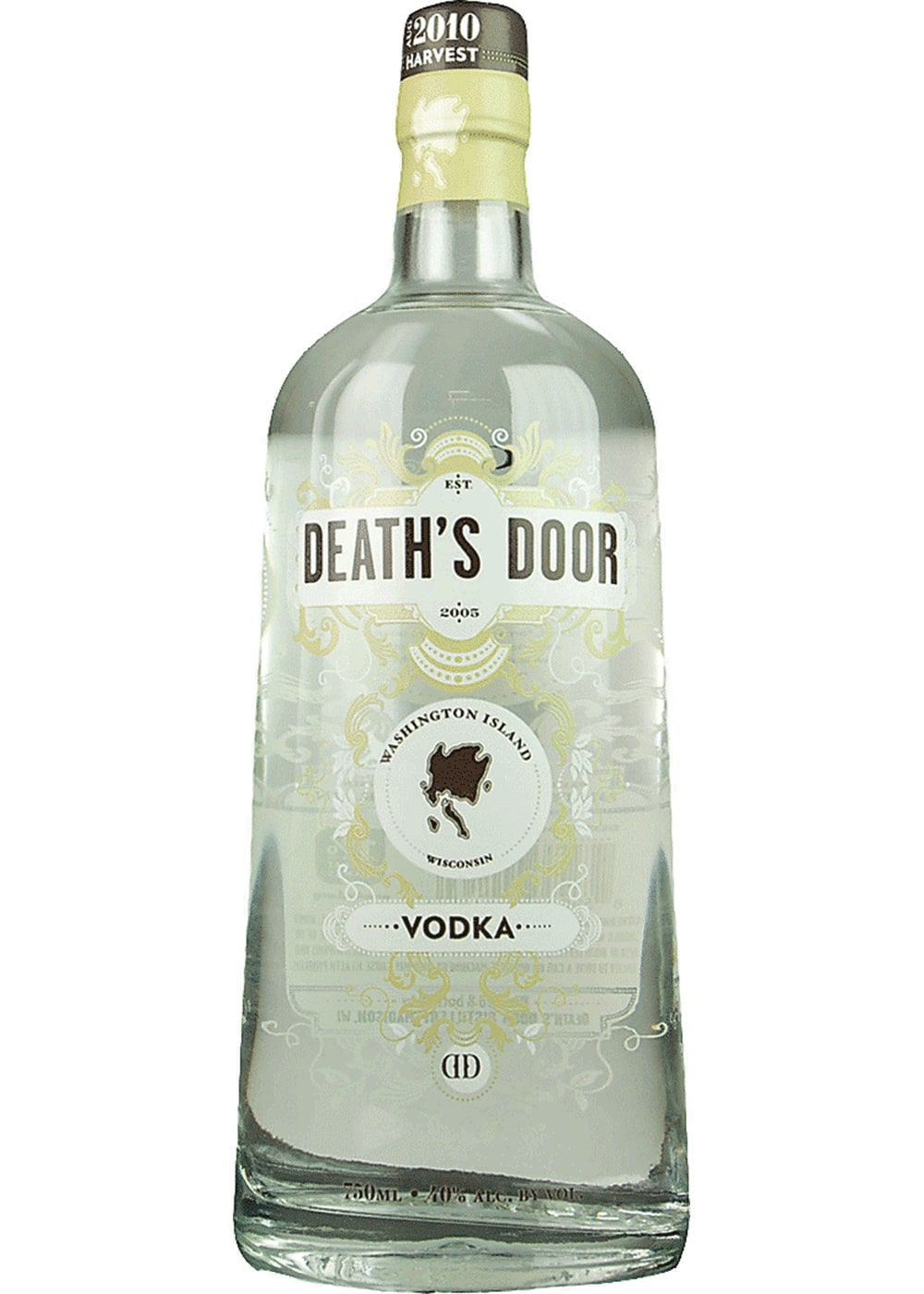 Five-times distilled in a top-secret location in Kazakhstan, this super-premium vodka pairs equally well with an ice cube or a twist of citrus. Either method of preparation will reveal a spirit that's velvety-smooth with a delicate, mineral-like finish and tasting notes of vanilla and aniseed. Nota bene: This wheat-based vodka is 100% organic. 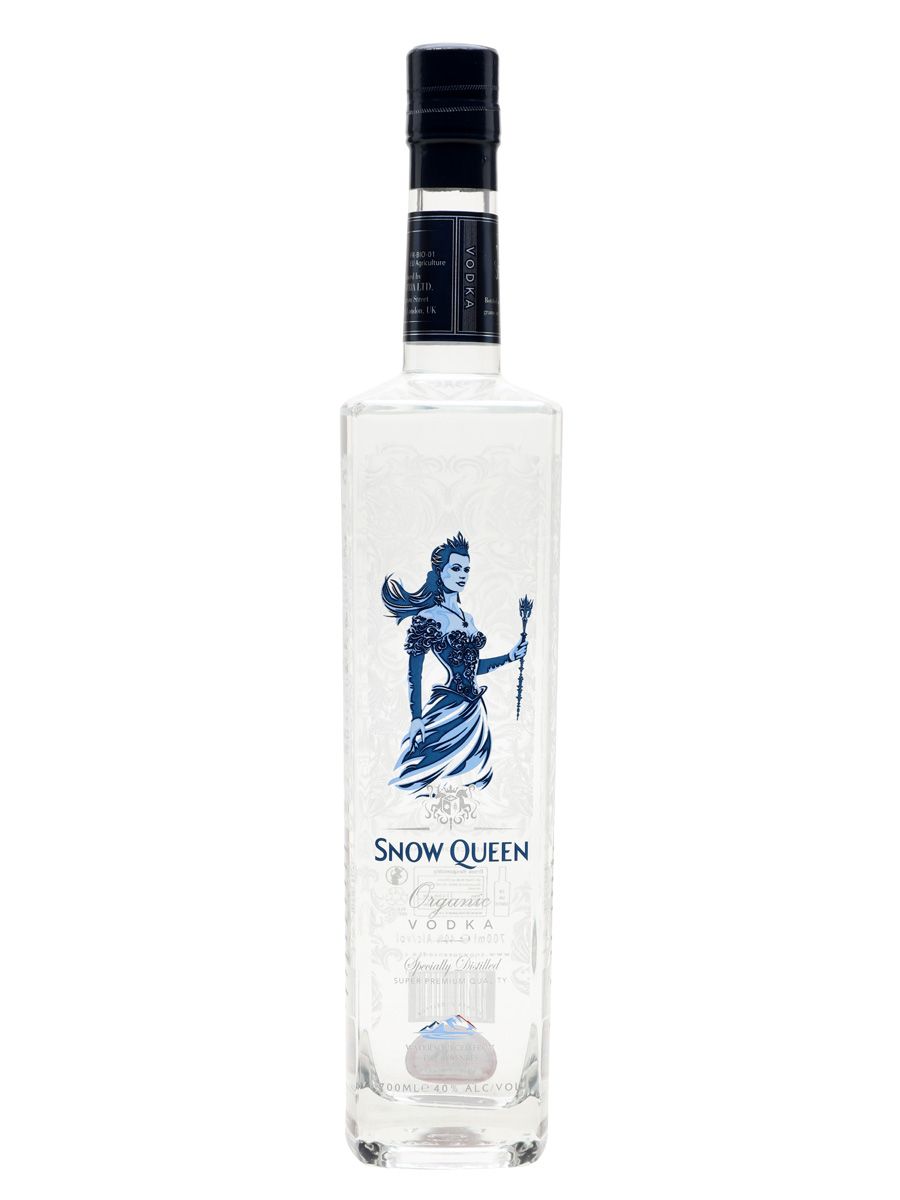 Many vodka brands lay claim to being the smoothest or the cleanest, but few can say their spirit is distilled in a copper column still that's 100 years old—and manually operated. It's this old-school approach (and the fact that the premium vodka's entire production process, from seed to bottle, is done within a 15-mile radius) that gives Absolut Elyx serious bragging rights. Try it in a martini with Lillet Blanc and a garnish of lemon zest. 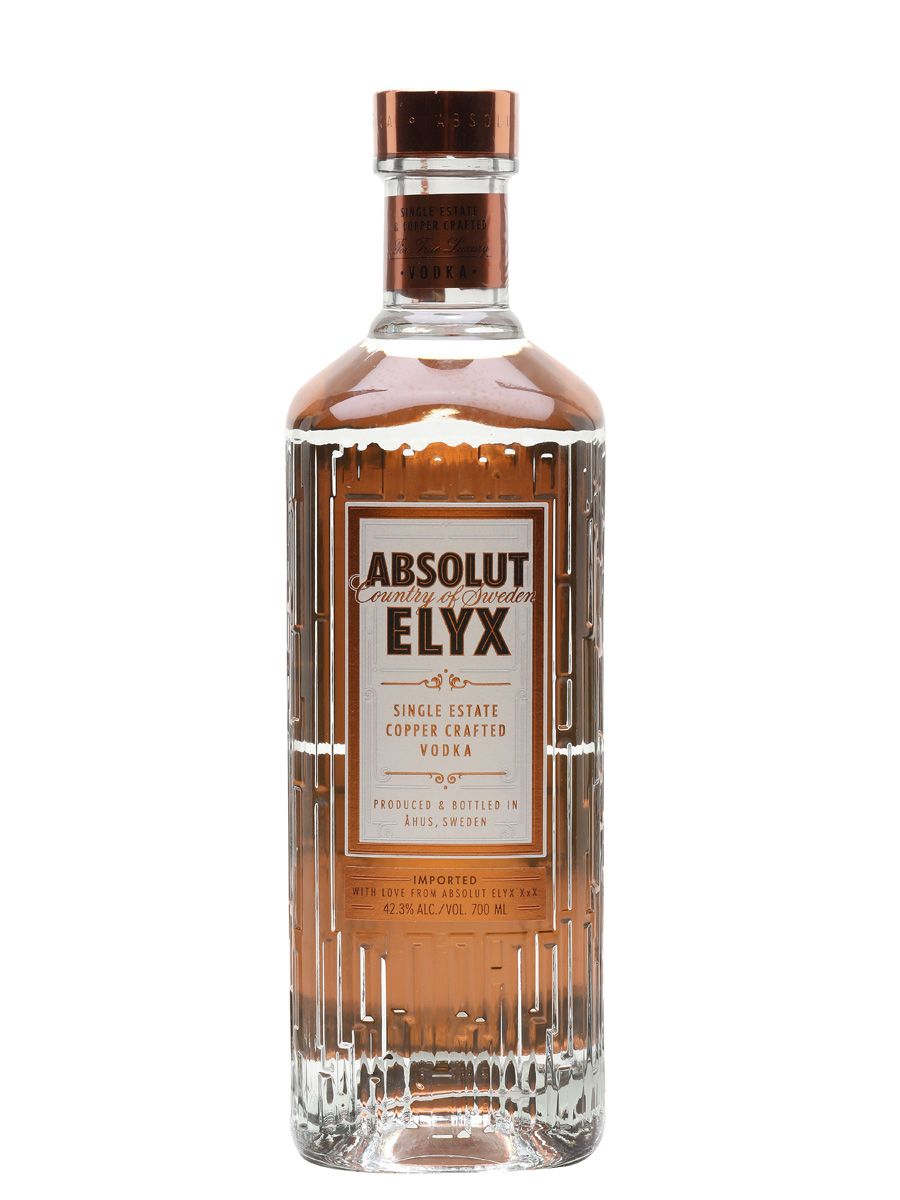 Arriving in a sinuous frosted bottle, this wheat-based Russia vodka is noted for the soft texture for which it's named. The recipe's use of honey and ginseng root extract imparts delicate flavors to the finished product, while an extensive distillation and filtration process allows the spirit to achieve its namesake texture (it's distilled 14 times before being filtered twice—once through birch coal and again through quartz sand). 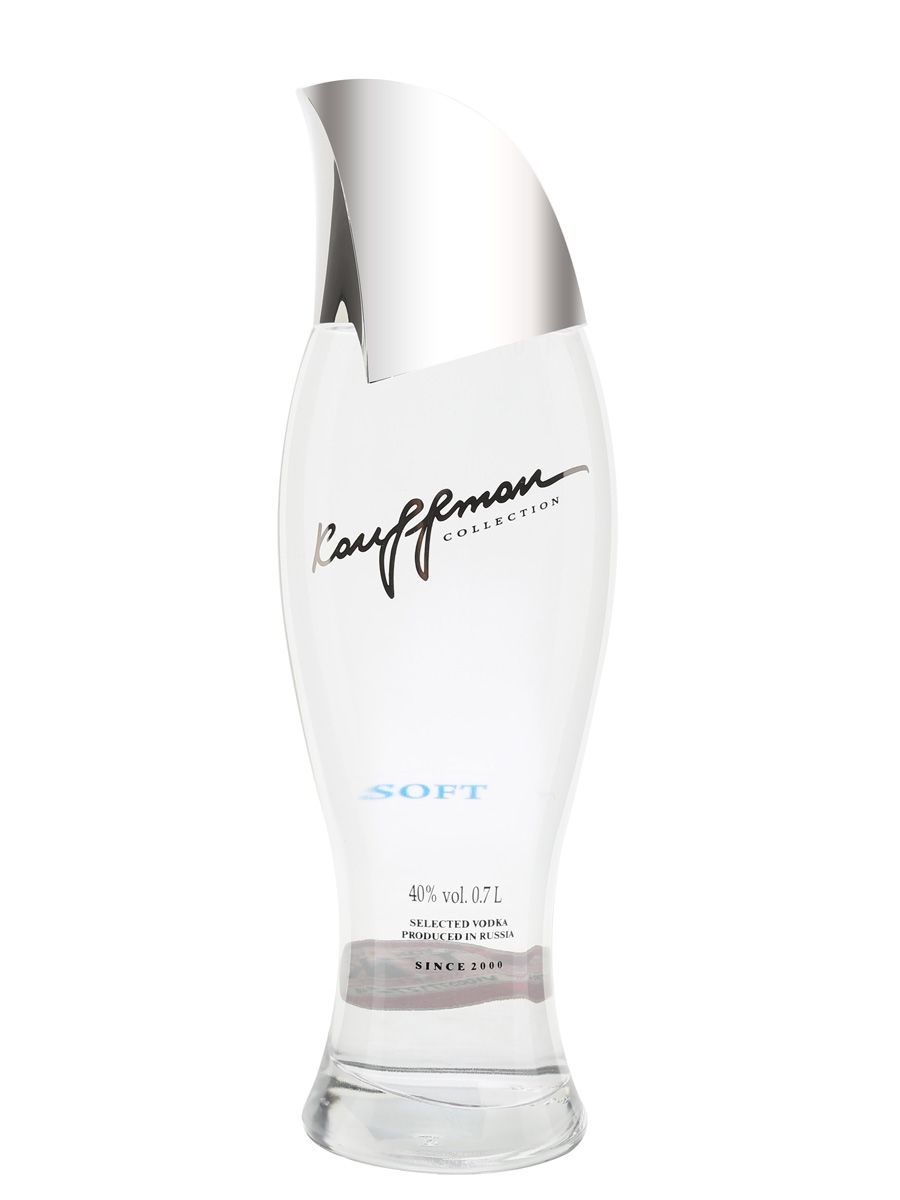 With a lineage that can be traced back to 17th-century Holland, a bottle of Ketel One represents generations' worth of vodka-making tradition and history. The wheat-based spirit still hails from the Netherlands, where it continues to be made in small batches and distilled in traditional copper-pot stills. This silky-smooth vodka is excellent when partnered with vermouth in a martini, but it's also a must-try in a Moscow Mule. 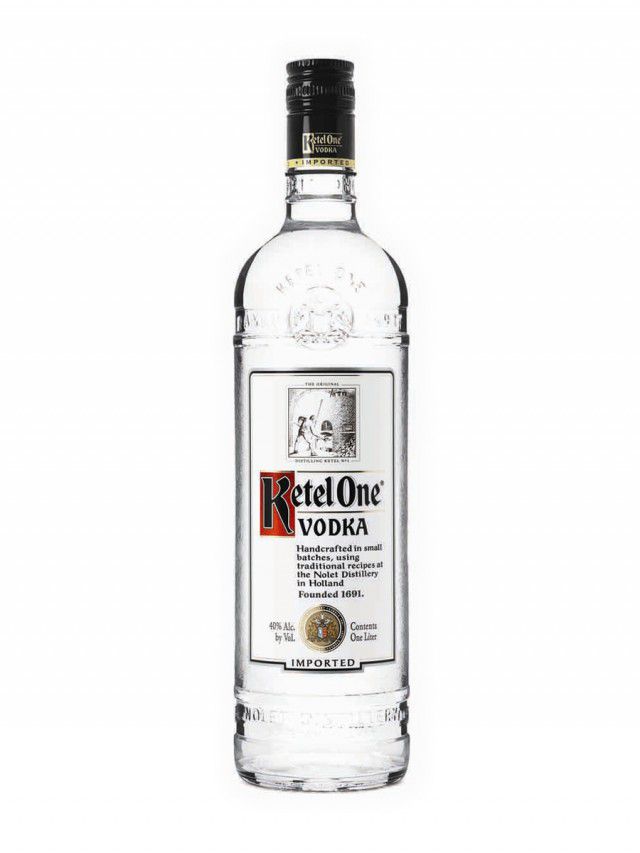 This small-batch vodka calls dibs on being the first luxury vodka to employ spelt as its base ingredient. The ancient grain is said to imbue the spirit with a nutty taste, while the vodka's distillation (six times) and filtration (through charcoal) promise softness and smoothness in every feline-fronted bottle. If that's not enough to entice you to mix a martini, consider this: The brand's founder, entrepreneur-philanthropist Stephen Sparrow, dedicates 15% of the company's profits to snow leopard conservation. 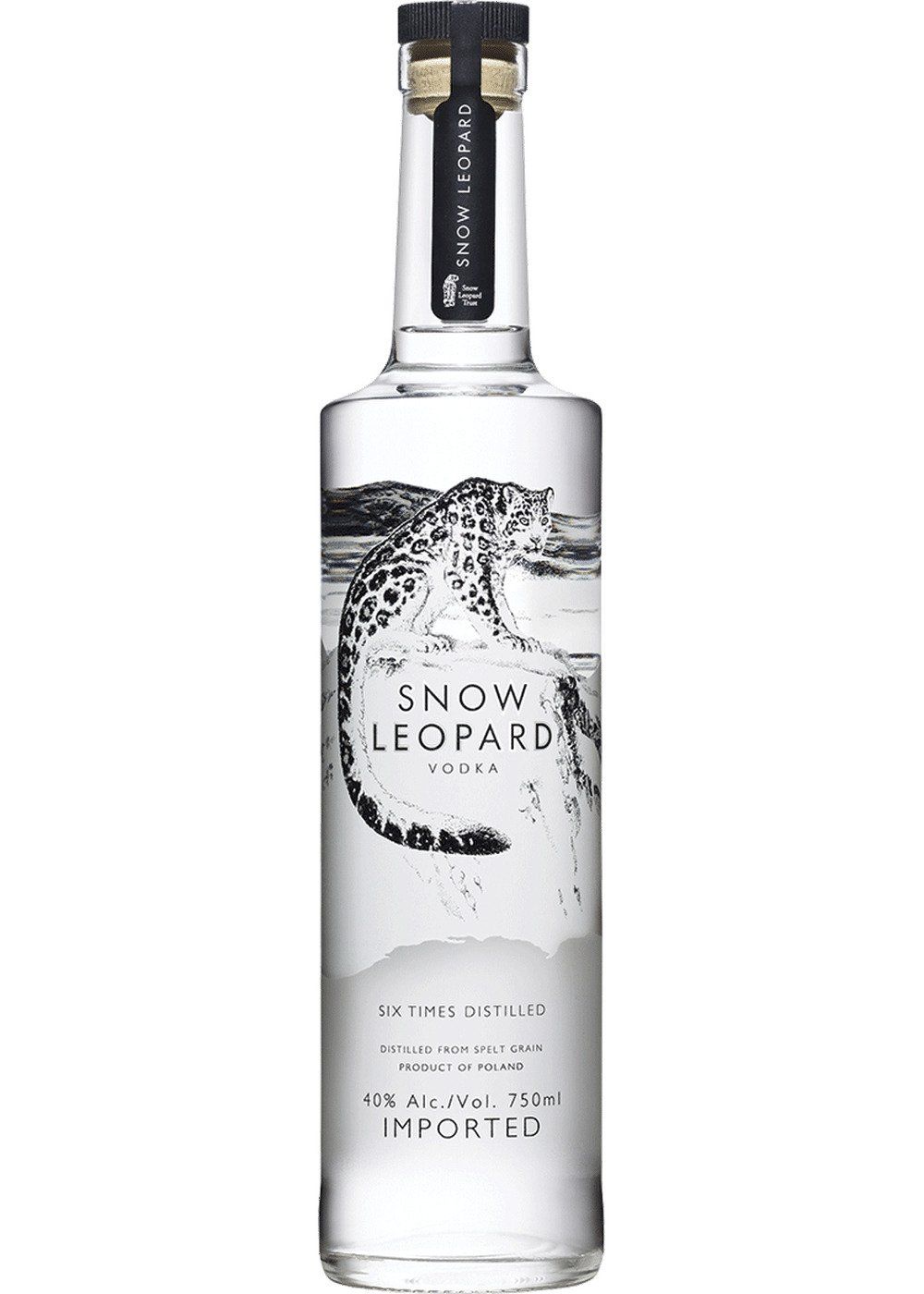 This Texas-made spirit is sippable on the rocks, but its smoothness and softness just beg to be in a martini. The vodka's drinkability is due, in part, to the fact that Tito's is "micro-distilled" using old-fashioned pot stills—and every batch is taste-tested for quality assurance. Bonus: Because Tito's is distilled from corn, it's naturally gluten free. 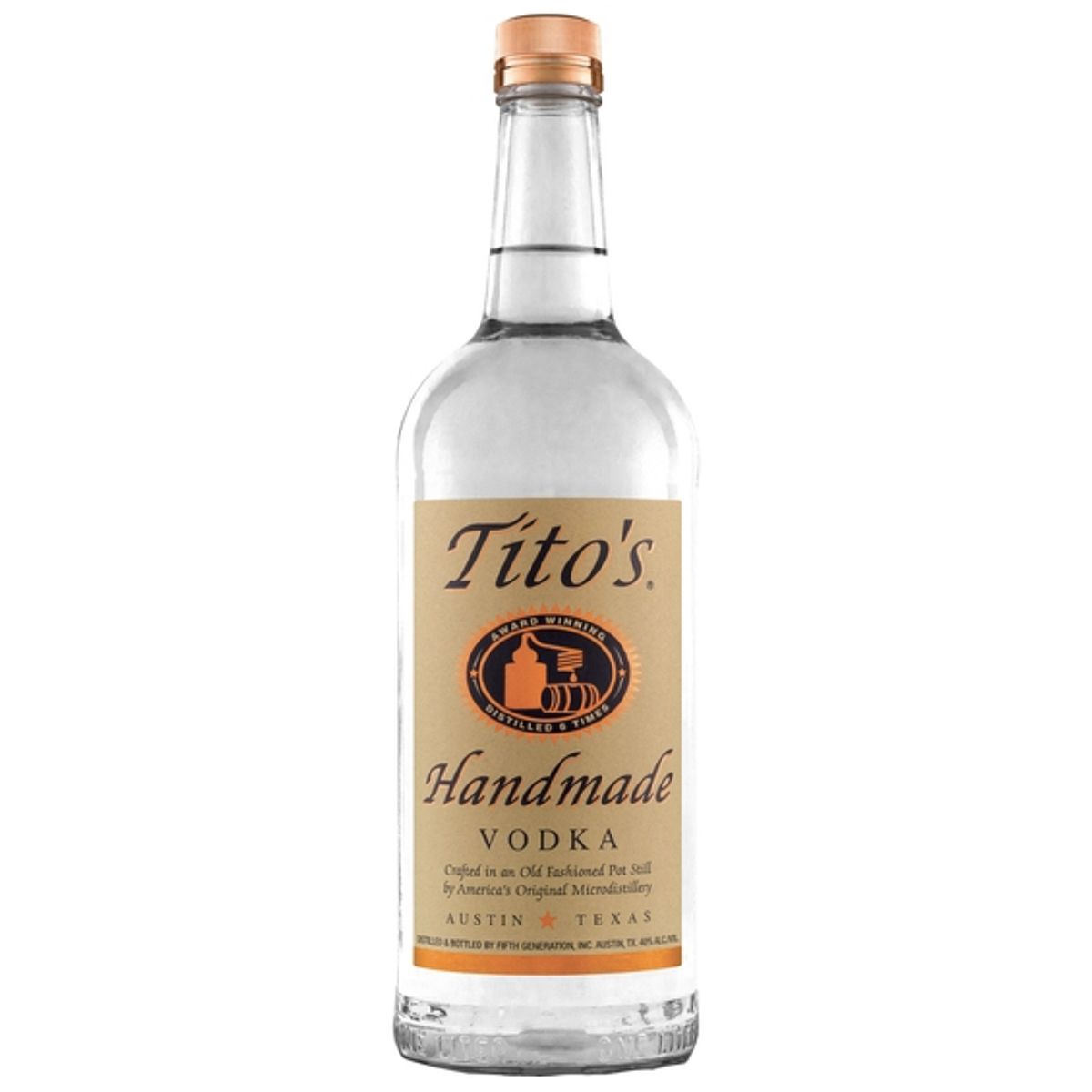 After making its U.S. debut in 1972, this Russian import quickly established its position as one of the most ubiquitous and enduring brands in American cocktail culture. Made from rye and wheat, the vodka is distilled three times at Stoli's distillery in Tambov, Russia, before traveling to Latvia, where it's filtered through Russian birch charcoal and quartz sand. The result? A seriously smooth vodka with a kiss of grain sweetness. 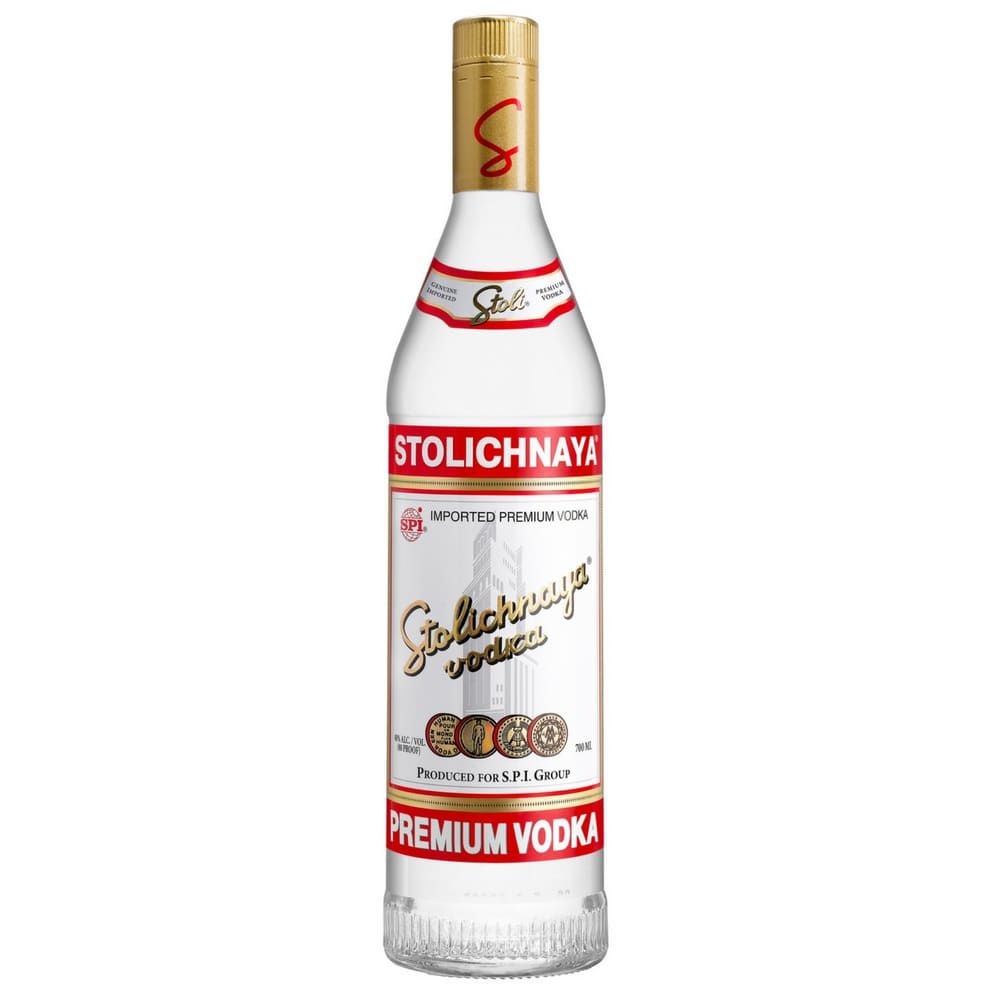 Råvo's minimalist frosted bottle hints at what's inside: pure, unadulterated vodka made in the Swedish tradition. Distilled in Västergötland, a southwest province of Sweden, the vodka relies on winter wheat and natural spring water to produce a spirit with a velvety mouthfeel and tasting notes of marshmallow and pepper. Try it in a Cosmo or on the rocks. 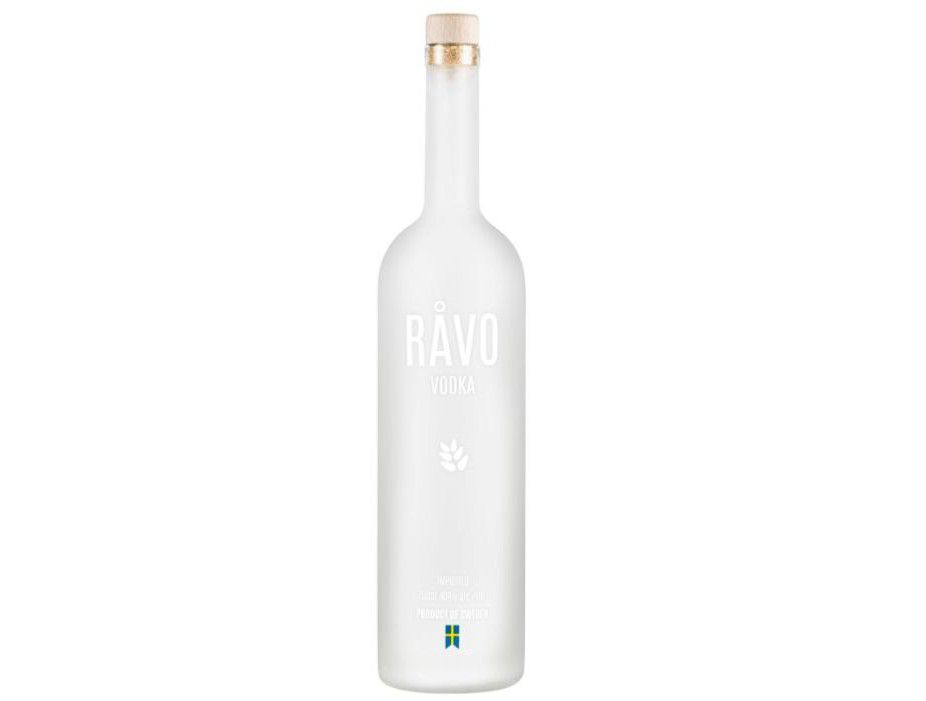 This Swedish vodka was released in 2007 and has since racked up accolades for its delicate, earthy aroma and exceptional smoothness. The acclaim should come as no surprise given that Karlsson's Gold is the brainchild of Peter Ekelund, one of the masterminds behind Absolut. Crafted with young potatoes grown in Sweden's Cape Bjäre region, the vodka is filtered only once to retain its full flavor and inherent complexities. 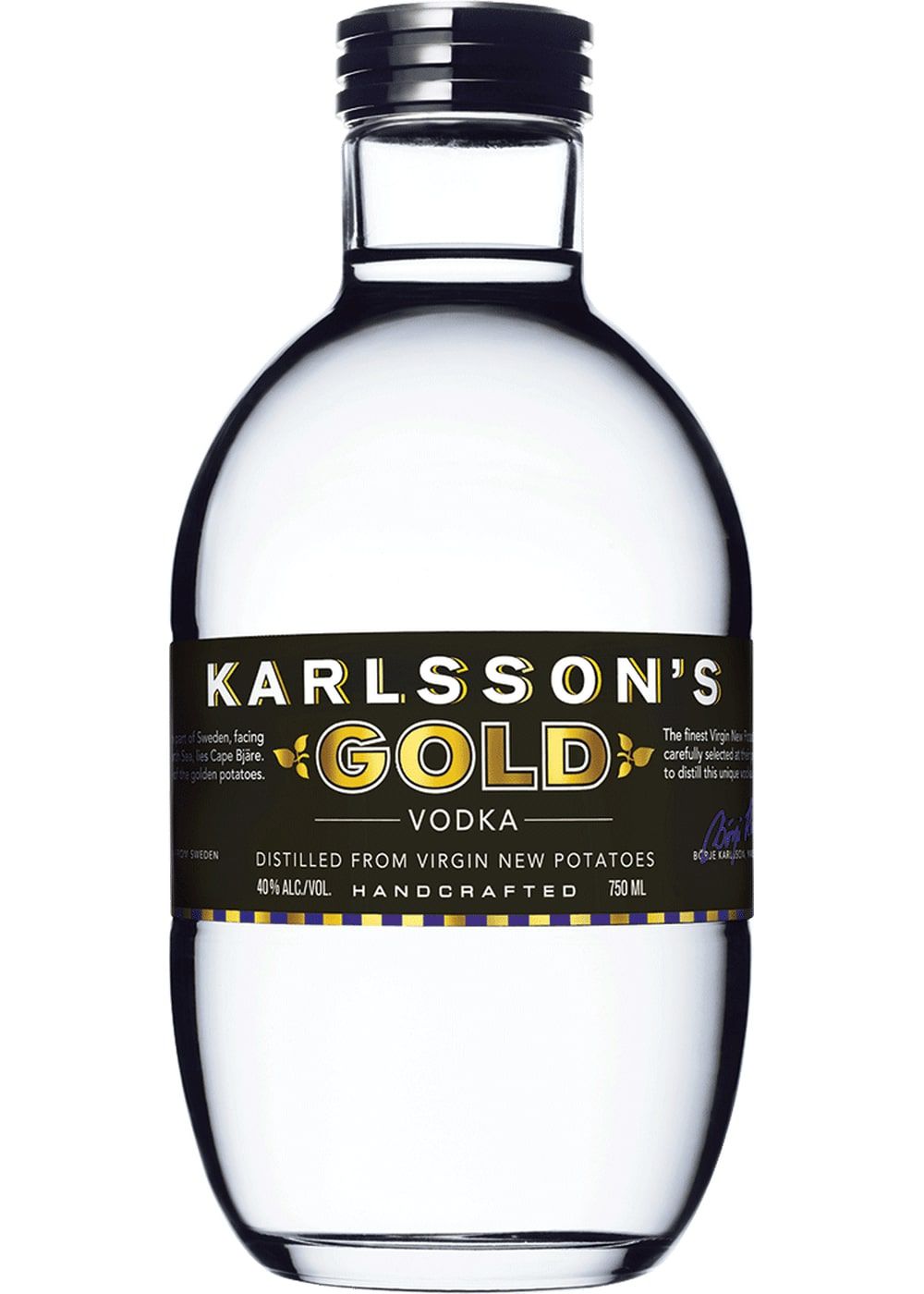 A spicier, bolder iteration of the original Crystal Head vodka, this luxury spirit incorporates English wheat and Canadian water into its limited-edition recipe. After being distilled five times, the vodka is filtered through Herkimer diamonds before it's funneled into a iridescent, skull-shaped bottle that's sure to make a statement on your bar cart. 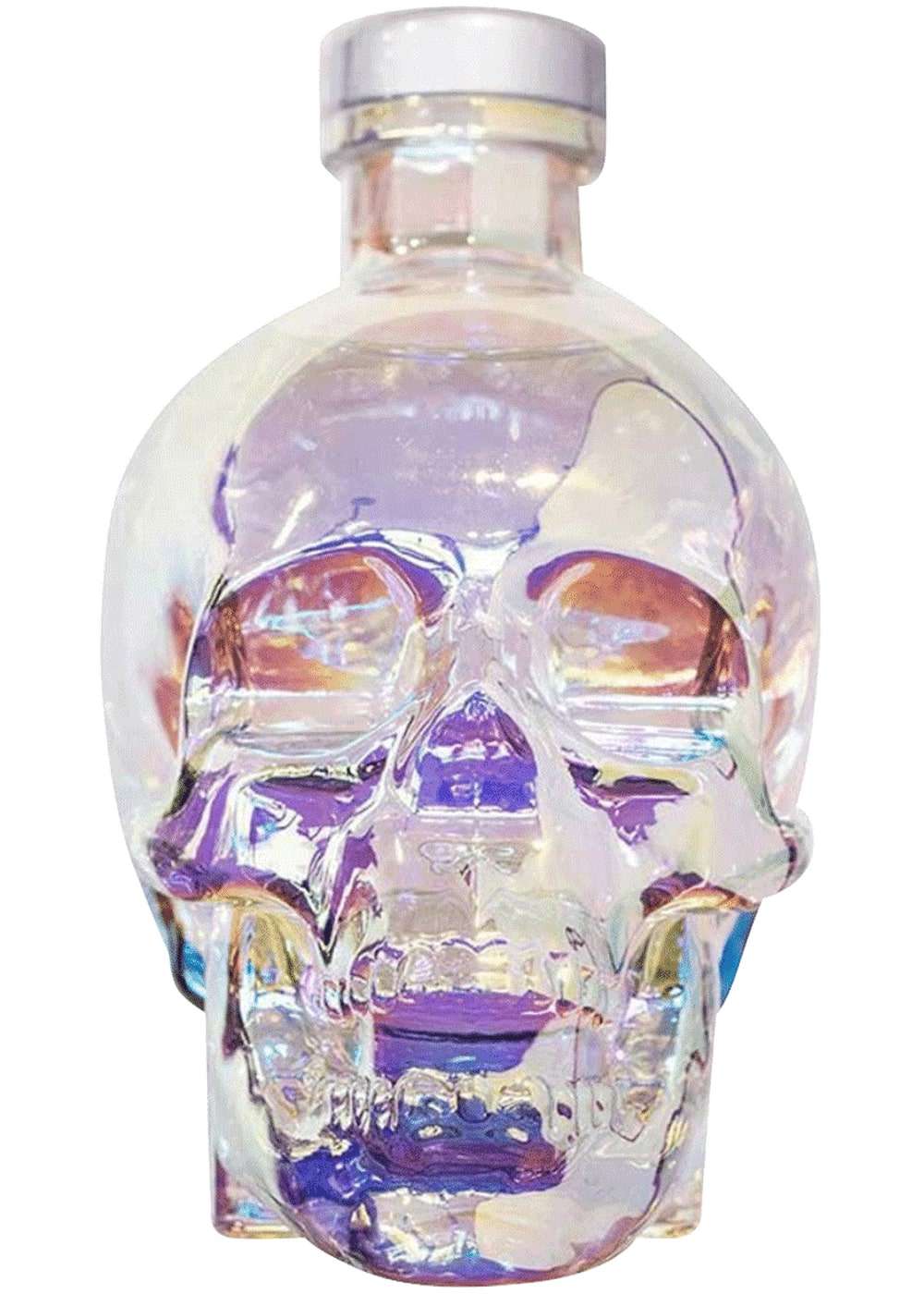 With a name that means "luxury" in Polish, this potato-based spirit sets an expectation for a deliciously smooth and rich vodka—and follows through. Luksusowa has been in production since 1928, so each bottle is the result of a longstanding vodka-making tradition involving Poland-grown potatoes and artesian well water. Expect a slightly sweet-scented spirit with a rich finish. 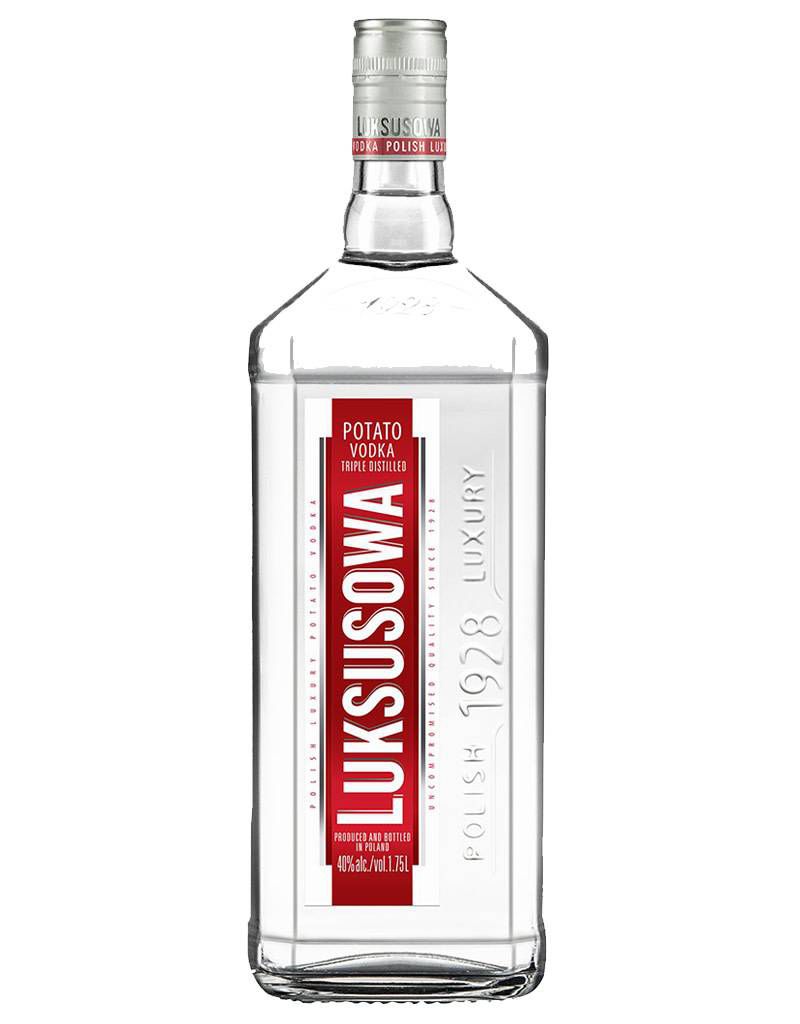 Four French wheat grains serve as the foundation of this award-winning luxury vodka, distilled in France's Cognac region. Copper Alambic stills and Limousin oak are essential to the spirit's distillation and filtration processes, which, in turn, deliver a vodka with a delicate floral bouquet and an impossibly smooth mouthfeel. Jean-Marc XO doesn't disappoint in a martini; in fact, you might even be able to skip the vermouth. 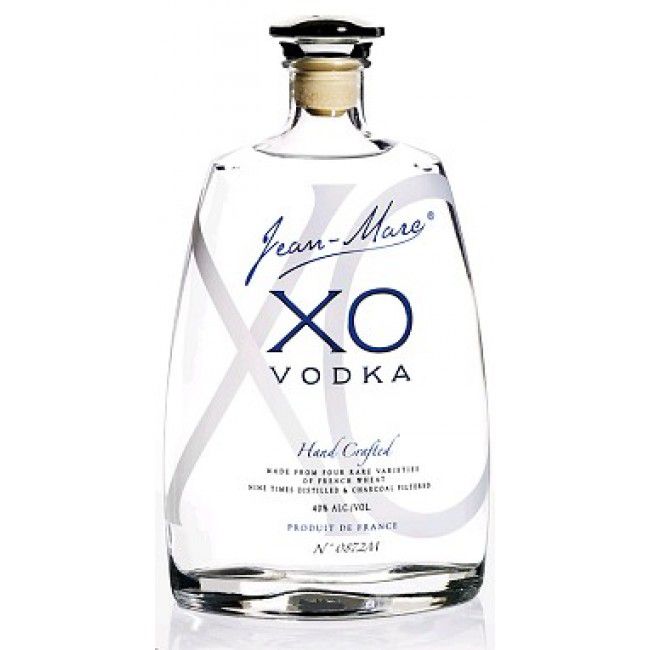 Joining rye and potato to create Chopin's trio of vodka offerings, this golden wheat-based spirit is subtly sweet and refreshingly light—the ideal base for a martini. The vodka also holds its own in summery cocktails thanks to its delicate flavor profile. 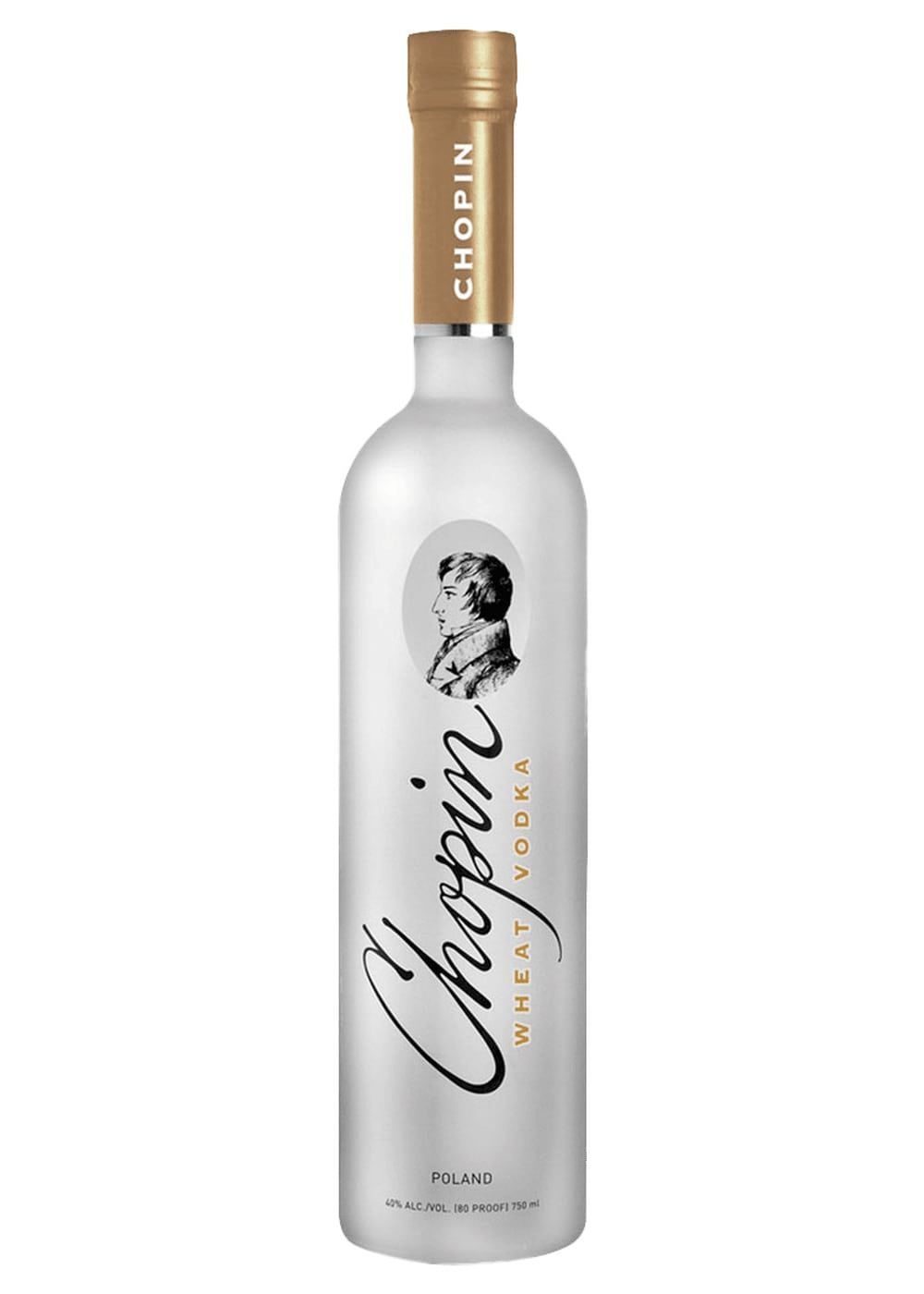