It might not be surprising to hear that kids these days are spending an average of nine hours a day consuming media. And adults, it doesn't look any better for us. In fact, we spend more than four hours a day just watching television. If you're a teen yourself, a parent, or just a person in the world, the remedy for too much screen time can be as simple as picking up a good book. And since we know that teen fiction isn't just for young adults (and that we're all just teens at heart, anyway), we rounded up the best young adult novels of all time.

Whether you want to read the classics, pick up something with a contemporary spin, or read the latest YA releases, you'll find your match in our roundup of the best young adult novels, regardless of your age. Consider it the fun version of your middle school required summer reading list. 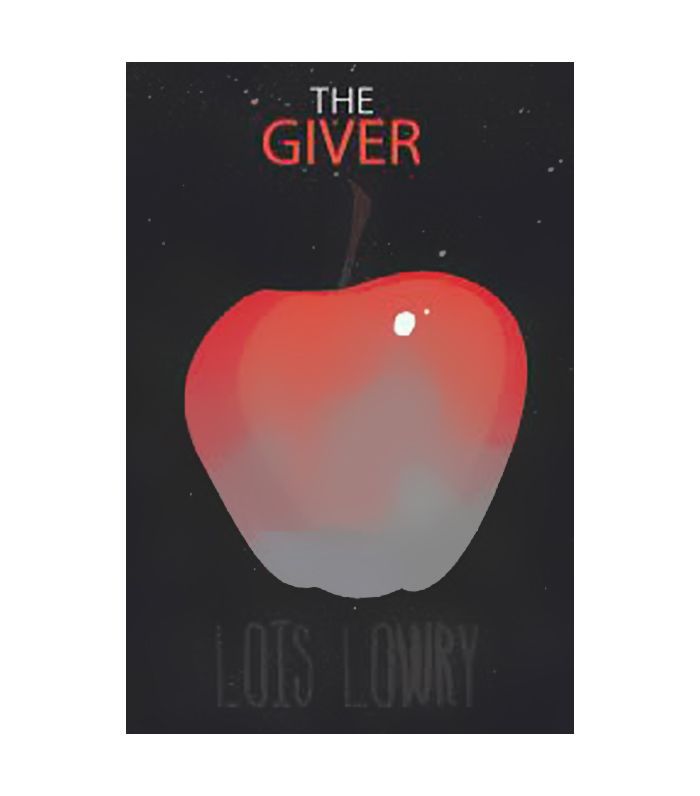 Can you imagine a life without pain? Without any inconveniences, surprises, or history? It might sound like a clean slate of an existence, but in The Giver, we see just how colorless and lifeless it would really be and that these supposed negative elements of life can actually be beautiful.

Standout Line: "The worst part of holding the memories is not the pain. It's the loneliness of it. Memories need to be shared." 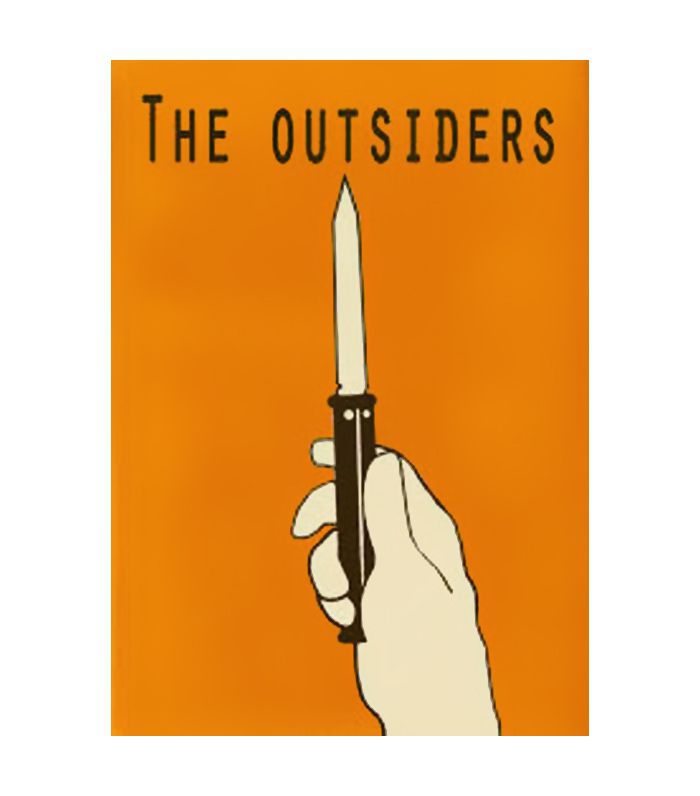 S.E. Hinton was 15 when he started writing the book, so a youthful spirit makes this coming-of-age story especially gripping and resonant. It's an epic tale of the bond between brothers and the strength of friendship, but it also delves into class conflict and violence. 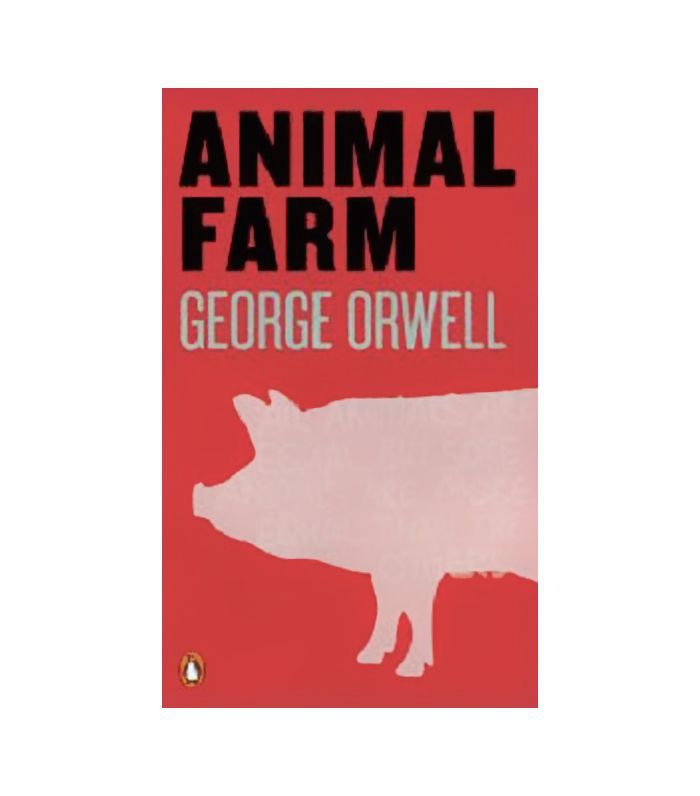 Though you had to or will have to read this for an eight or ninth grade humanities class, it'll always be a fun, classic read. Published in 1945, this satiric fable about "society's blind march toward totalitarianism" is still just as relevant today.

Similar Reads: A Clockwork Orange and The Pearl 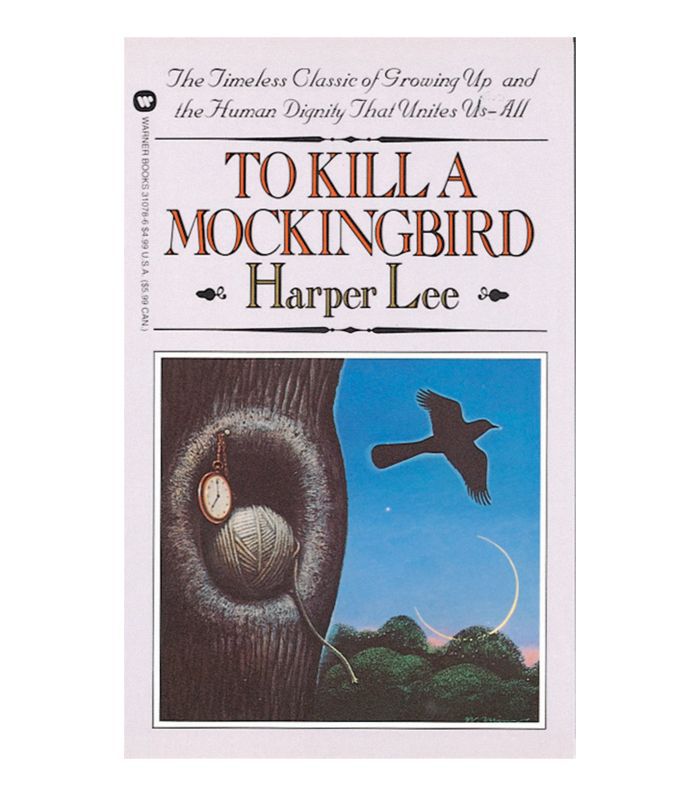 To Kill a Mockingbird is an American classic, and beyond being an important read, this novel is also gripping, touching, and eye-opening. The reader witnesses and grapples with injustice through the eyes of a wise little girl, Scout, which is valuable for kids, parents, and everyone in between.

Standout Line: "The one thing that doesn't abide by majority rule is a person's conscience."

J.D. Salinger The Catcher in the Rye $9
Shop

Ah, Holden Caufield, one of America's most beloved and notorious literary characters. We come along his journey with him as he drops out of his prep school and ventures underground in New York City. If you're sick of the "phoniness" of our grown-up world, then Caufield will be the perfect person to commiserate with, though he'll also help you rediscover the joy and beauty in everything.

Standout Line: "Many, many men have been just as troubled morally and spiritually as you are right now. Happily, some of them kept records of their troubles. You'll learn from them—if you want to. Just as someday, if you have something to offer, someone will learn something from you. It's a beautiful reciprocal arrangement. And it isn't education. It's history. It's poetry."

Similar Reads: Lord of the Flies and The Great Gatsby

At once heartbreaking and empowering, this novel tells the story of a teenager who is raped. Though definitely a painful and emotional read, Laurie Halse Anderson teaches us a lot about the ugly sides of high school and rape culture that exists within its halls.

Standout Line: "Tell me what happens next, after my body has frozen. When I can't communicate. What will I be?"

Similar Reads: 13 Reasons Why and Sold 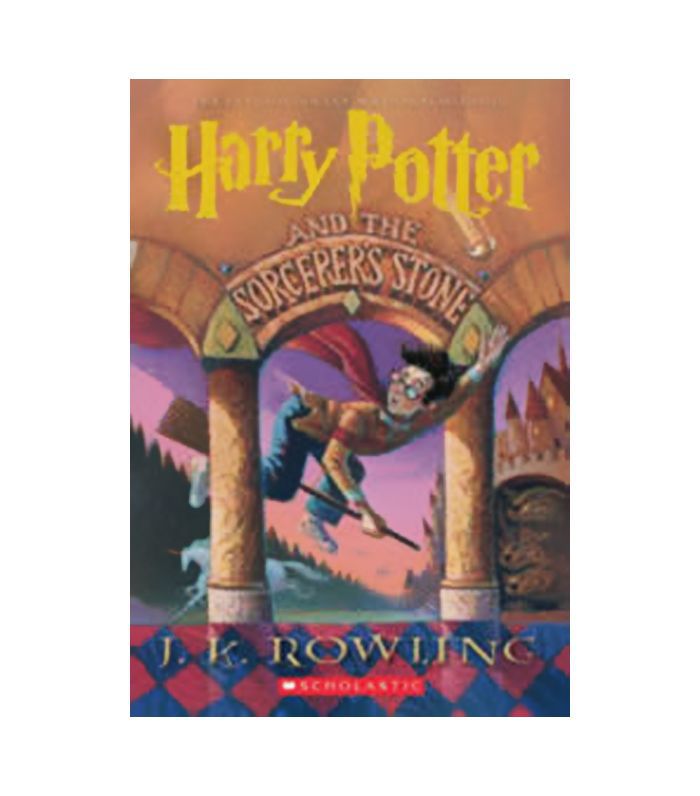 YA does fantasy better than any other genre. Case in point? Harry Potter. Whether you've read or reread this series, it always deserves a spot on this list. In case you don't know the premise, it's about a heroic, loveable cast of wizards and all their magical adventures. 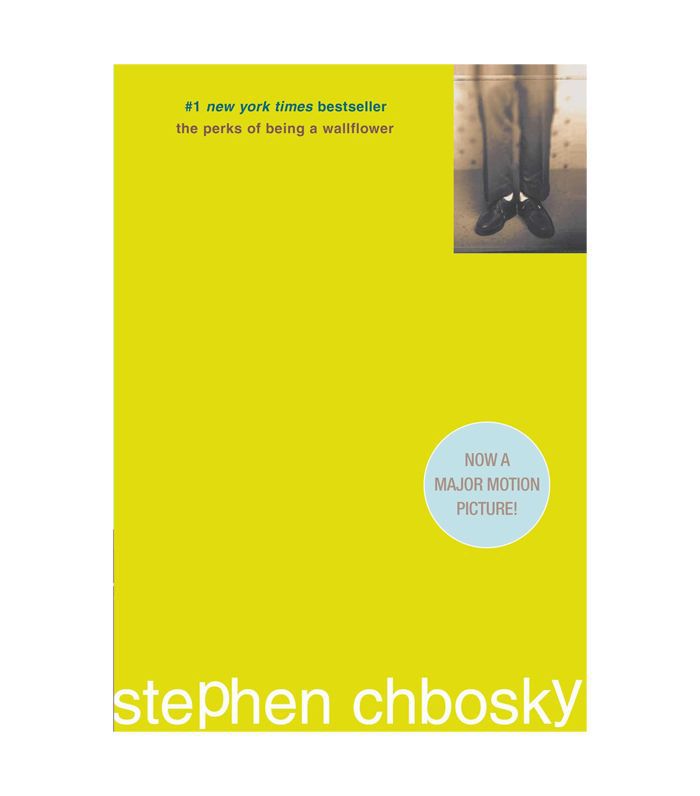 Stephen Chbosky The Perks of Being a Wallflower $11
Shop

Here's another cult favorite, and although it exists more in our realm instead of a fantasy universe, there's plenty of magic on every page. In The Perks of Being a Wallflower, we get to know Charlie, the wallflower referred to in the title, as he navigates adolescence. He struggles to find a sense of belonging and cope with loss and family tragedy all while bonding with new friends and falling in love.

Standout Line: "We accept the love we think we deserve."

Similar Reads: Everything I Never Told You and Looking for Alaska 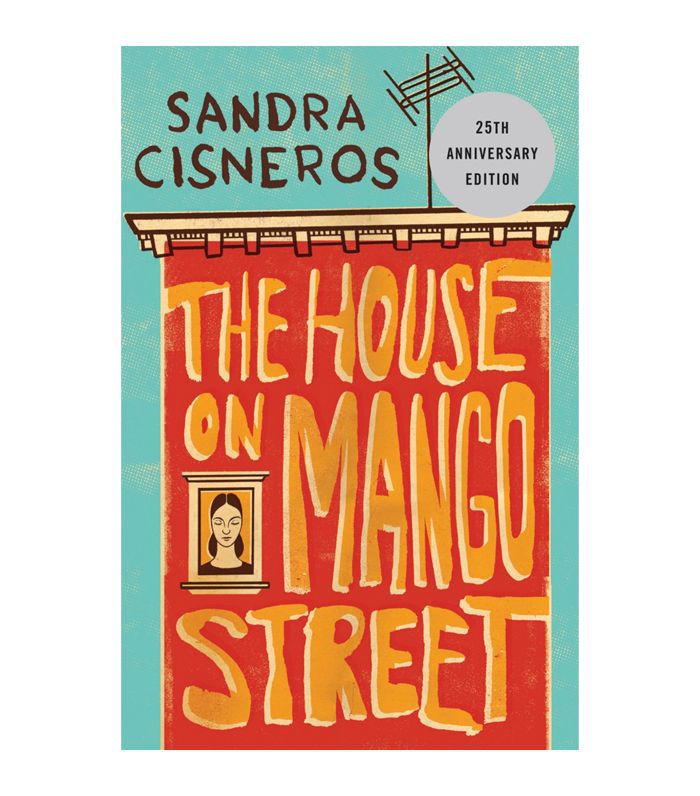 Confrontational and honest yet poetic and touching, Sandra Cisneros delivers an American classic with strong, poignant messages about inequality and intersectionality. Broken into vignettes narrated by Esperanza, a spirited and strong teenage girl, we get little glimpses in the cast of characters in her neighborhood. Read it in Spanish if you can or if you're trying to learn the language.

Standout Line: "I have begun my own quiet war. Simple. Sure. I am one who leaves the table like a man, without putting back the chair or picking up the plate."

Similar Reads: How the García Girls Lost Their Accents and The Joy Luck Club 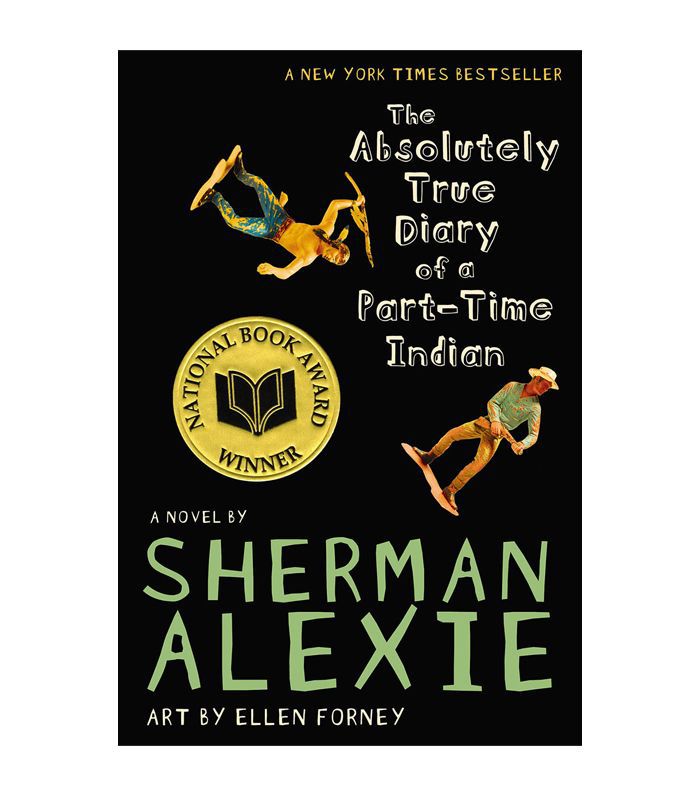 This coming-of-tale written by Sherman Alexie takes place on a Spokane reservation. The protagonist, Junior, transfers from the local school to, as the Amazon description writes, "an all-white farm town high school where the only other Indian is the school mascot." Poignant, educational, funny, and relatable, this book is a must-read regardless of your age.

Standout Line: "If you care about something enough, it’s going to make you cry. But you have to use it. Use your tears. Use your pain. Use your fear. Get mad."

Similar Reads: American Born Chinese and The Sun Is Also a Star 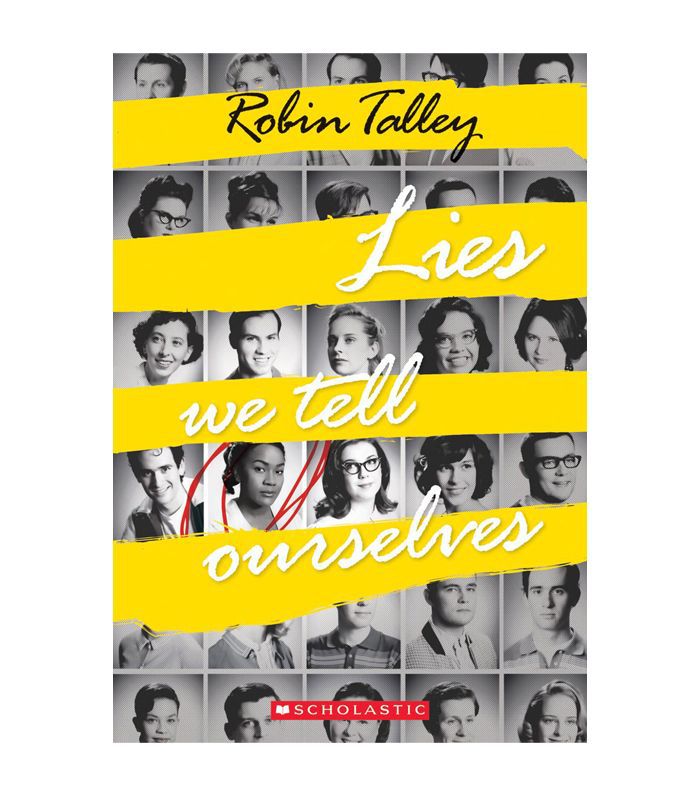 This historical fiction YA novel takes place in the American South in 1959. The two protagonists could not be more different. Sarah is one of the first black students to attend the high school, and Linda is the white daughter of a highly vocal and racist opponent of integration. Talley gives us a glimpse into race relations and civil rights in the U.S. when the two girls begin working together on a school project.

Standout Line: "Other people will try to decide things for you, she says. They'll try to tell you who you are. Remember, no matter what they say, you're the only who really decides." 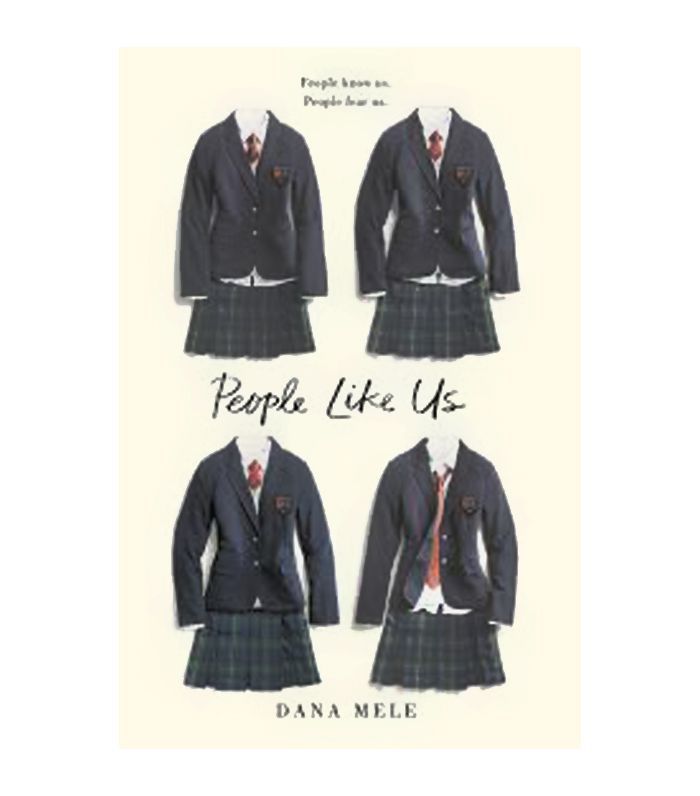 For tweens and teens who love a thrill, this a fun read that fuses Mean Girls-esque drama with a little mystery and crime. Basically, if you've run out of Riverdale episodes to watch and you want to switch mediums, pick up People Like Us. The story opens up in an all-girls prep school where a body is found in the lake. The deceased apparently leaves a computer-coded scavenger hunt behind, and as the police and her fellow students start to investigate what happens, a whole bunch of secrets begin to unravel.

Standout Line: "The one thing that doesn't abide by majority rule is a person's conscience."

Similar Reads: One of Us Is Lying and Truly Devious 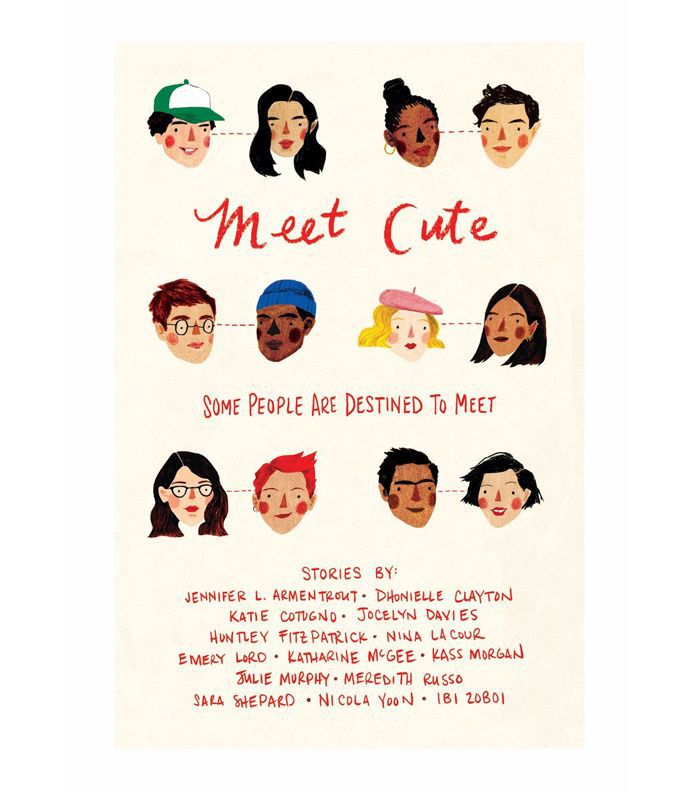 Written by a phenomenal lineup of YA authors, this collection of short stories is basically a collection of sound bites and important life lessons about love wrapped up in neat, pretty language. No matter how old you are, you'll find each tale touching and eye-opening.

Standout Line: "People feel so much. Love is so big and it leaves behind a crater. Even when it's wrong."

Similar Reads: Tell Me Three Things and It's Not Like It's a Secret

The author of Dumplin' and Side Effects May Vary brings us this witty, refreshing, and honest coming-of-age tale. We follow our strong heroine Romona as she juggles several jobs,  explores her fluid sexuality, discovers new passions, and learns how to balance her role in her family while looking out for herself first and foremost.

Standout Line: "It’s sad that sometimes we let ourselves believe that if it’s not bad, it must be good."

Similar Books: Puddin' and Aristotle and Dante Discover the Secrets of the Universe 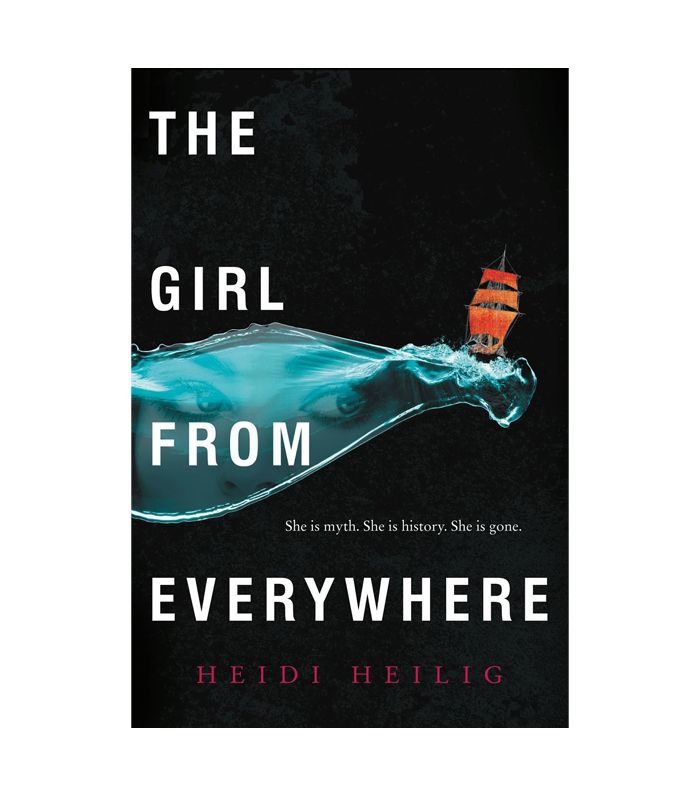 As we mentioned earlier, there's something about YA fiction that really nails the fantasy genre. Here's another great example of that. In this series, we get to time travel while globe-trotting—to 19th-century Hawaii, for example—with a girl and her father. Plenty of drama, adventure, and wisdom ensue.

Standout Line: "He'd let me go a long time ago. After all, you can only hold one person tight if you're holding on with both hands."

Angie Thomas The Hate U Give $11
Shop

The Hate U Give was inspired by the Black Lives Matter movement. Following a teenage girl from a poor neighborhood who attends a fancy prep school as she tries to find a balance between the two worlds after police fatally shoot her unarmed best friend, it's a resonant must-read.

Standout Line: "Brave doesn't mean you're not scared. It means you go on even though you're scared."

Similar Reads: Tyler Johnson Was Here and Turtles All the Way Down

Up next, the best children's books that adults will love too.