Inside an Insanely Cool 1963 A-Frame in Big Bear, California

As soon as we spotted Jeanette Oden of Shut the Kale Up sitting in this marble kitchen waxing lyrical on her Instagram about her"cozy townhome" vacation in Big Bear, we immediately put on our Sherlock Holmes hat to find out more. After some sleuth-style digging, we discovered that not only is this traditional A-frame cabin a dreamy design, but it's also available to rent on Airbnb. Yes, you can stay in this gorgeous 1963 conversion and experience mountain life for the weekend too.

Husband-and-wife duo Jason and Laura Odell of The O'Dells e-store (they also have a stylish boutique in Silver Lake, California) first fell in love with the A-frame in 2015 and proceeded to give it a 21st-century makeover. From the marble kitchen to the freestanding tub, they definitely nailed the contemporary-traditional hybrid. In fact, keeping the original look and feel of the cabin was important to the pair. "We wanted to keep the traditional A-frame but also wanted to modernize it," they tell me. "Our goal was to create a space that would feel cozy and relaxed. An open space for family and friends to gather with an expansive view of the lake—that was the main priority for us."

Step inside this dreamy mountain cabin and see the transformation for yourself. We dare you not to book a stay after this.

Even though they wanted to keep as much of the original A-frame style as possible, they needed to completely gut it first. "When we bought the house, it had a second story, which was very dark and dreary," she says. "It had been untouched since it was built in 1963. The only vacationers were the mice hanging out on the sofa." They removed the second interior story to expose the beautiful A-frame and expanded the house on three sides. One side to accommodate the entry, two bathrooms, and a dining room. And the other wing was for the three bedrooms. The center of the house is now the kitchen and great room with 28-foot soaring ceilings. "We added over 30 windows and doors," she adds. "There is now a view of the lake from every angle. All in all, we only left 16 original beams, or the 'A,' untouched." 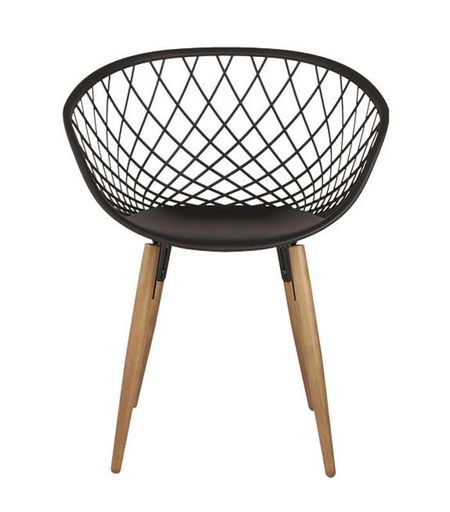 The pair really wanted to infuse their clean, modern yet colorful style. "We have always lived in pre-1930 Spanish houses in L.A., so going modern with our A-frame was really fun and challenging," she says. "Our house in Silver Lake was once occupied by Esther Williams and is definitely not modern. Big Bear exudes relaxation and has become our sanctuary away from the city. When we arrive, usually on a Friday night, upon getting out of the car, I breathe in the fresh mountain air and suddenly all my city-induced stress is gone."

Their older kids, who are 7 and 4 (they also have a 6-month-old) never want to leave. "Once my son was out on our deck and said, 'dad, I like it here more than the city,' I asked why, and he said, 'there are no billboards, traffic, and there are way fewer people. It's just more beautiful.'" 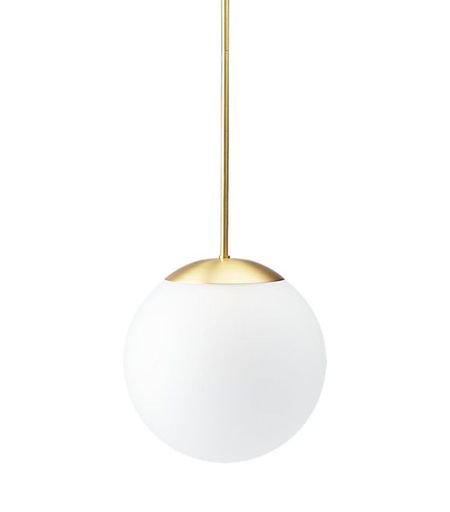 They decided on a "very neutral" color scheme with white walls and white oak floors adding in pops of color with the art, furniture, and rugs. "Laura and I chose everything together, but I give her 100% credit for the marble countertop," says Jason. "She walked into the marble yard, saw the slabs, and said, 'This is our counter. If we don't buy it, I'll die.' I said, 'well then, I guess we have to get it.'" 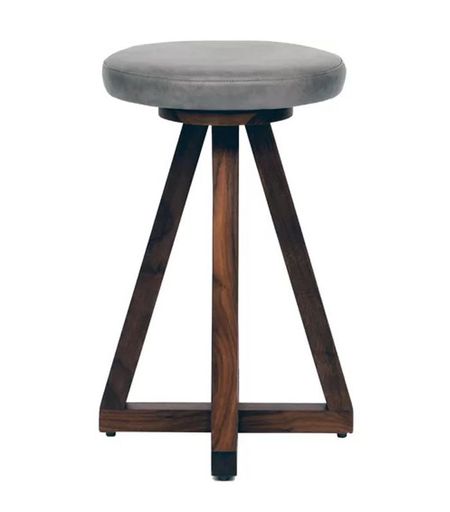 They didn't use an architect or designer. Jason did everything himself. "Planning the floorplan and working with the engineer was time-consuming," he admits. "I wanted to make sure my vision (which started on an airplane napkin) would come to reality. The space awareness, placement of every light and air vent, and whether or not to put a TV in the great room (which we finally decided against) was part of our original vision." Instead of a traditional TV, Jason installed a movie screen that is hidden in the last crossbeam.

"It deploys with an almost eight-foot screen and hidden under the sofa is a subwoofer to boost the surround-sound experience," he says. "I sat in a lawn chair in the freezing great room, which had just been framed out for nearly three hours in December until the idea finally hit me. It was tricky because I knew I wanted the house to face the lake and that the gas fireplace had to be placed just to the left. Putting a TV in that room would have really killed the vibe in my opinion. I also liked the idea of being a bit more 'unplugged' while we are there. We have a stash of walkie-talkies and flashlights for the kids to go adventuring. There's nothing like good old-fashioned fun for the next generation." 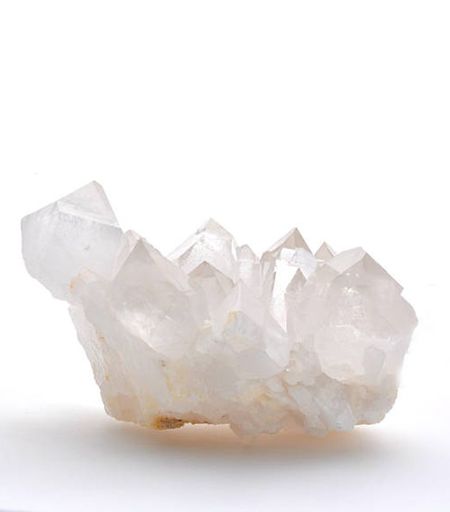 Keeping an open plan was also part of the blueprint when renovations began. The living and dining areas are broken up by floor-to-ceiling beams painted white. 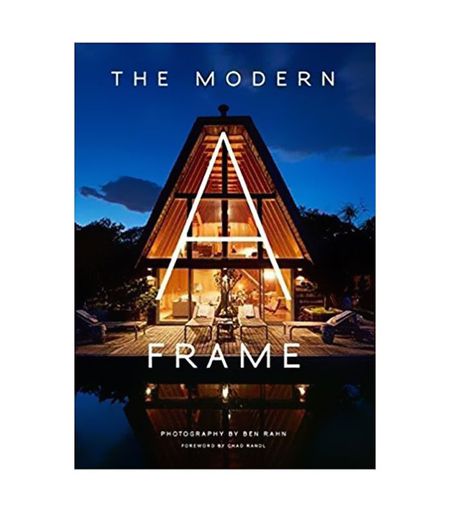 The first thing they bought for the house was their blue velvet sofa from Artless, which was made in L.A. It really breaks up the neutral vibe. "It has a walnut shelf on the back that holds drinks and books perfectly, but it's also just a really cool design feature," he said. 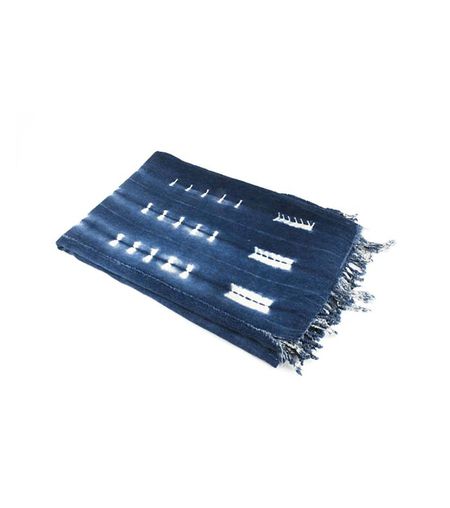 Their greatest finds are the artwork, which is dispersed throughout the entire space. "In the primary bedroom, we commissioned our friend, Emily Katz, to macramé a huge piece above our bed," he says. "It's held up by a piece of driftwood Laura and I found in Big Sur a few years back while on a hike. We also have another amazing piece above the vintage bar cart by Kelly Sørensen Hansen that was commissioned by Laura to reflect the landscape of Big Bear. The white represents snow, while the blue and gold represent the sun kissing the lake at sunset."

The term "Primary Bedroom" is now widely used to describe the largest bedroom in the home, as it better reflects the space’s purpose. Many realtors, architects, interior designers, and the Real Estate Standards Association have recognized the potentially discriminatory connotations in the term "Master." Read more about our Diversity and Inclusion Pledge. 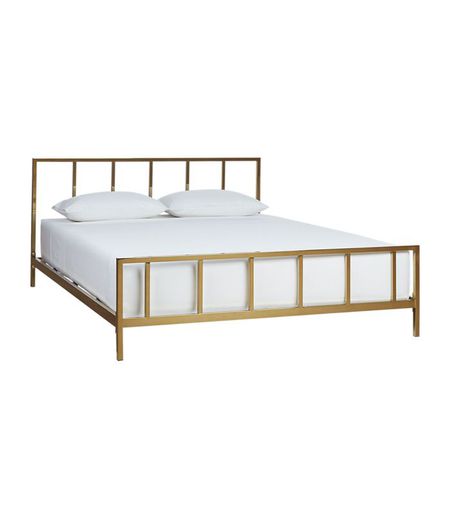 Color is brought into the cabin via contrasting prints and bohemian throws. This creates a warm and homey feeling, especially in the bedrooms.

This bathtub is the reason we want to rent this cabin. Who wouldn't want to take a soak in a freestanding tub in the thick of Big Bear country? Yes, please. Shut the Kale Up shows us how it's done. 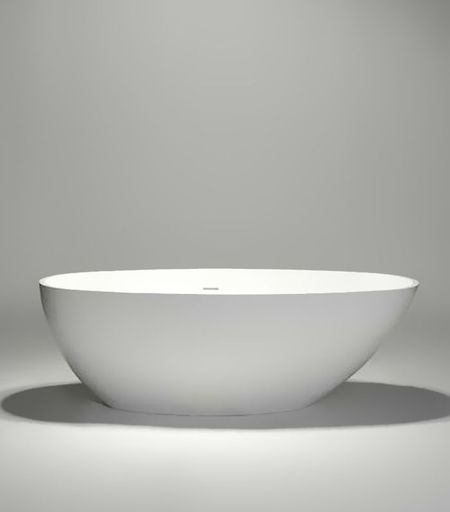 Their favorite thing about the space is the freedom. "In the summertime, leaving the La Cantina bifold doors open and having the true indoor/outdoor living space experience," he says. "We open the doors for our morning coffee and close them when the sun is setting." Sounds like bliss. 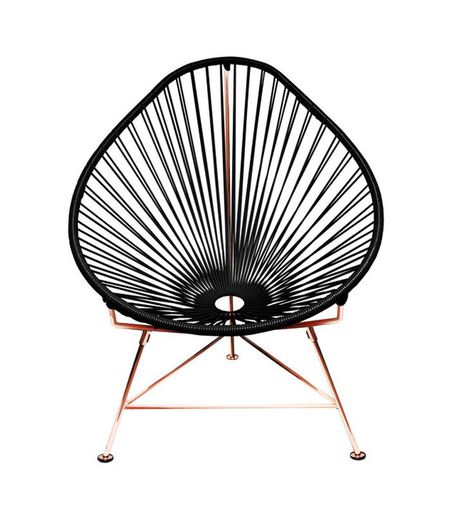 What is your ideal mountain getaway? When we're not in the office, we're thinking about escaping to some of the prettiest places on earth.