Whether you're up to date on the series or not, you've undoubtedly heard of the HBO original Big Little Lies. If you've never seen the show, it's a scathing drama surrounding five women living in Monterey, California—played by an all-star cast that includes Reese Witherspoon, Nicole Kidman, Zoë Kravitz, Shailene Woodley, Laura Dern, and now, Meryl Streep. If you're already tuned into the second season, we'd guess you're more than a little invested in the series.

If you're the latter, more likely than not, you read the juicy book written by Liane Moriarty, quickly devoured all seven episodes of the mini-series when it first premiered on HBO back in February 2017, and have since been anticipating the release of the second season. Sound familiar?

Season two of BLL premiered on June 9, 2019, offering fans a reintroduction to their favorite characters as they attempt to recover from what happened at the end of season one. However, you'll have to patiently wait for each of the seven episodes in this season to be released to find out what happens next.

Knowing that the frenzy of Big Little Lies has set in once again, Saatchi Art, an online art retailer, has found a way to bring fans closer to the world in which the show is set. Two of Saatchi's Art curators created a stunning collection of original artwork inspired by the series' oceanfront setting, multi-faceted characters, and Monterey's architecture.

If you just can't get enough Big Little Lies, consider purchasing one of these paintings, drawings, or photographs to bring the series into your home. Keep scrolling to take a look at the special collection all BLL fans are sure to appreciate. Spoiler alert: It's equally as refreshing for those who are yet to binge the HBO favorite. 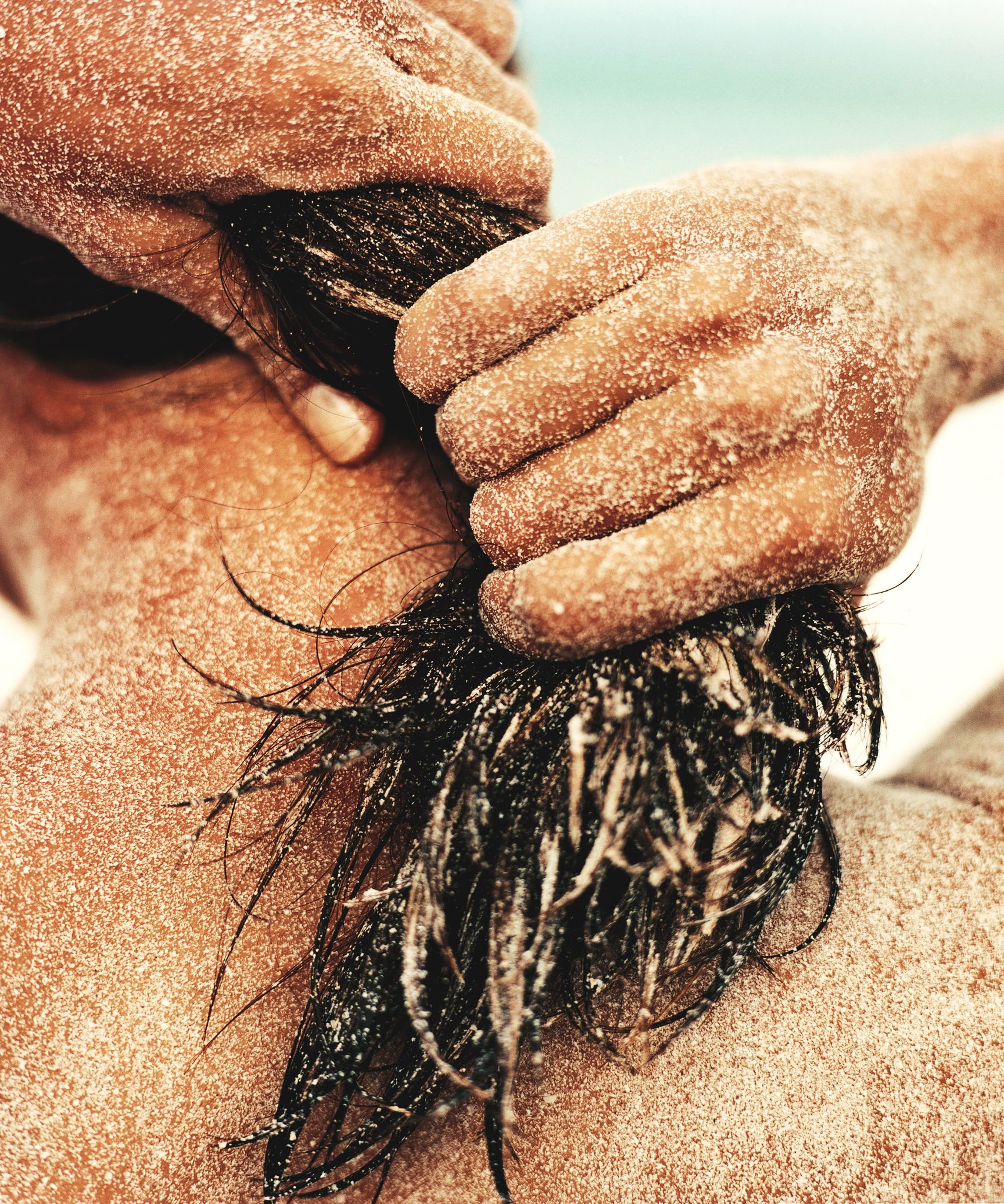 This color photograph featuring a woman covered in sand clasping her hair has Big Little Lies written all over it. It comes from photographer Michael Haber and would work as part of a gallery wall or on its own in the bathroom or hallway. 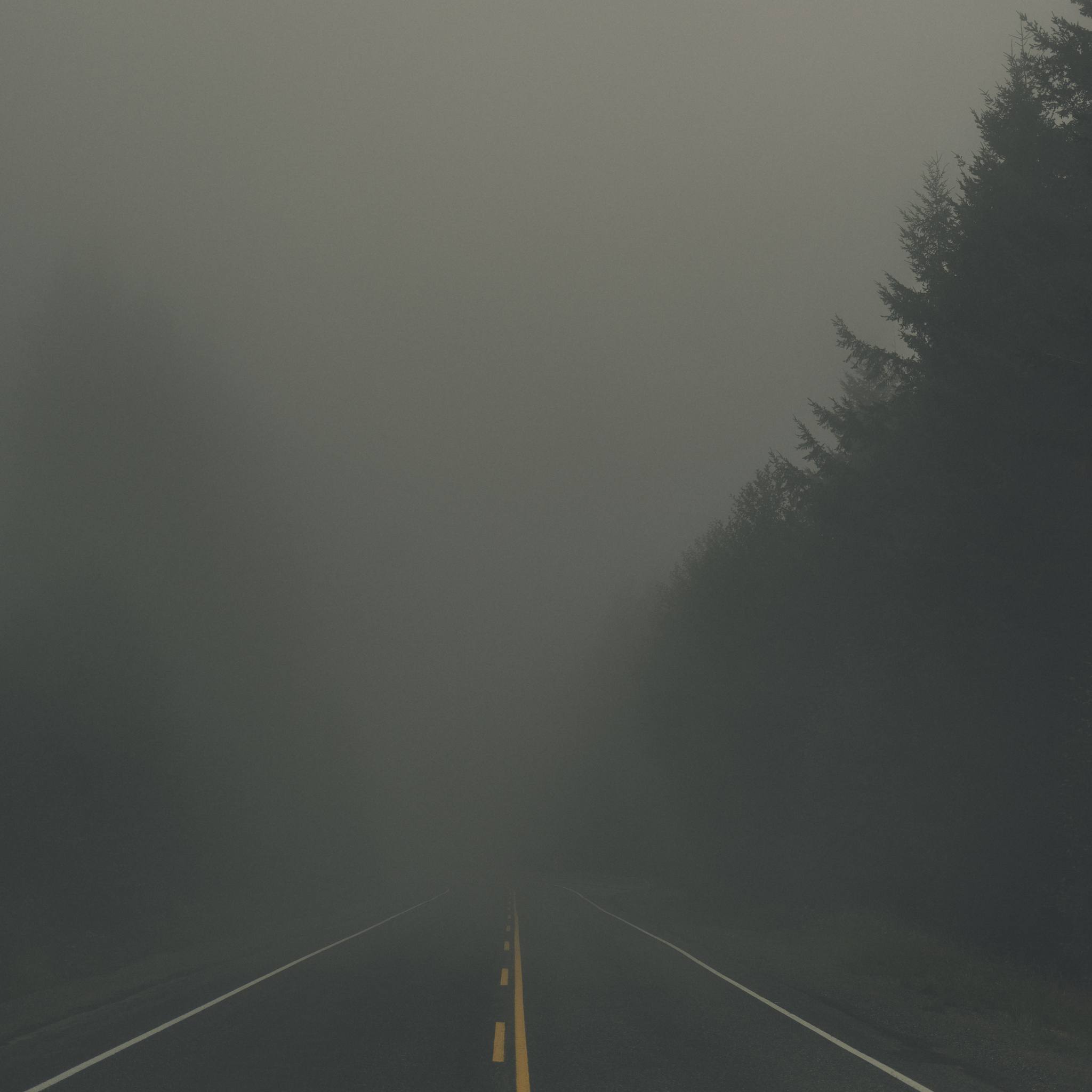 A haunting photograph of a two-lane road surrounded by forest trees engulfed in fog, this work is dark, yet beautiful. Surely, it reminds BLL fans of all the times the series shows characters driving along stretches of highway while captivating music plays in the background. 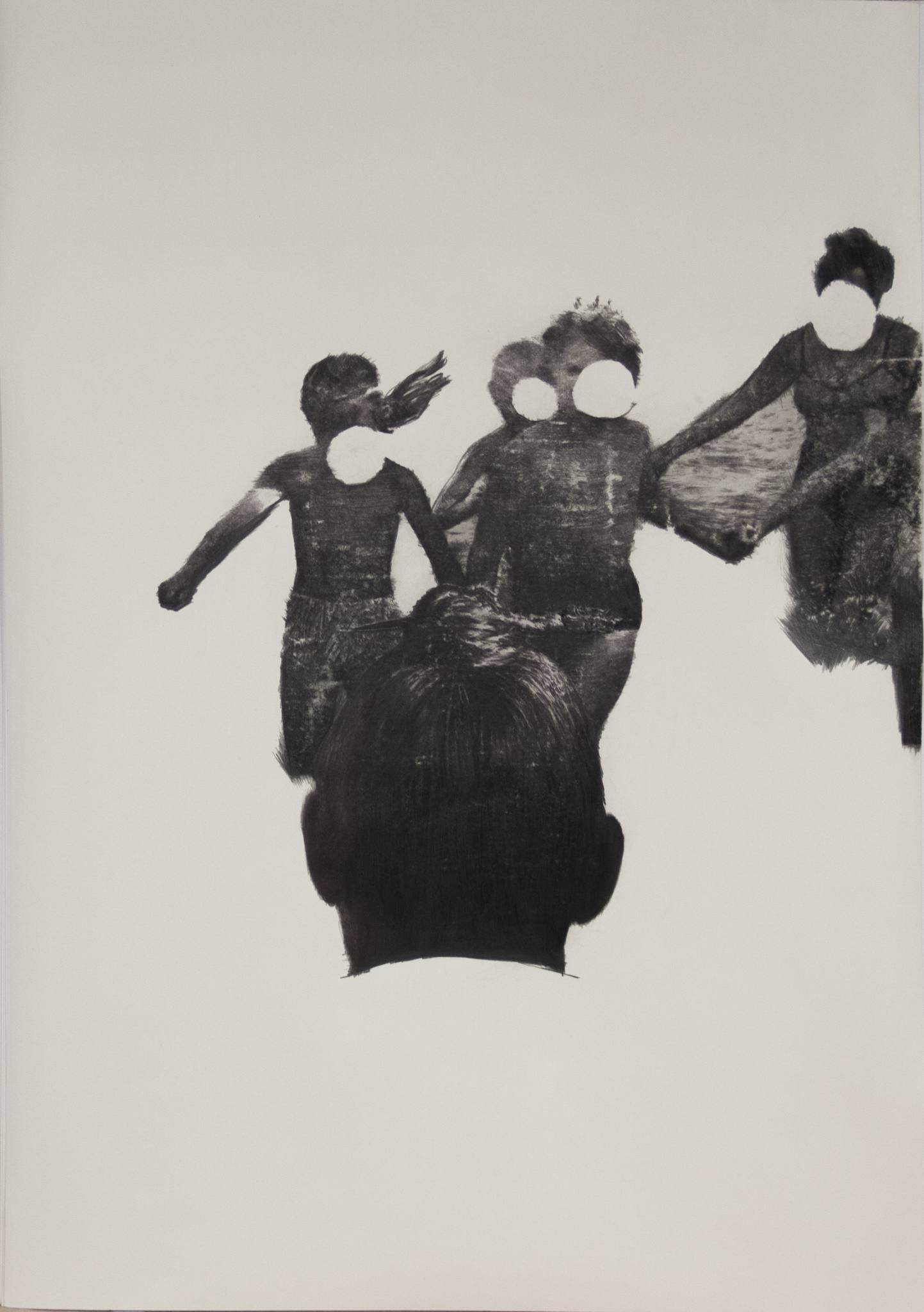 Illustrated with graphite on paper by Austrian artist Pawel Mendrek, this composition depicts women and children running in swimsuits on the beach. However, their faces are distorted by empty circles and they appear to be running towards a man whose back is turned away. It just screams Big Little Lies. 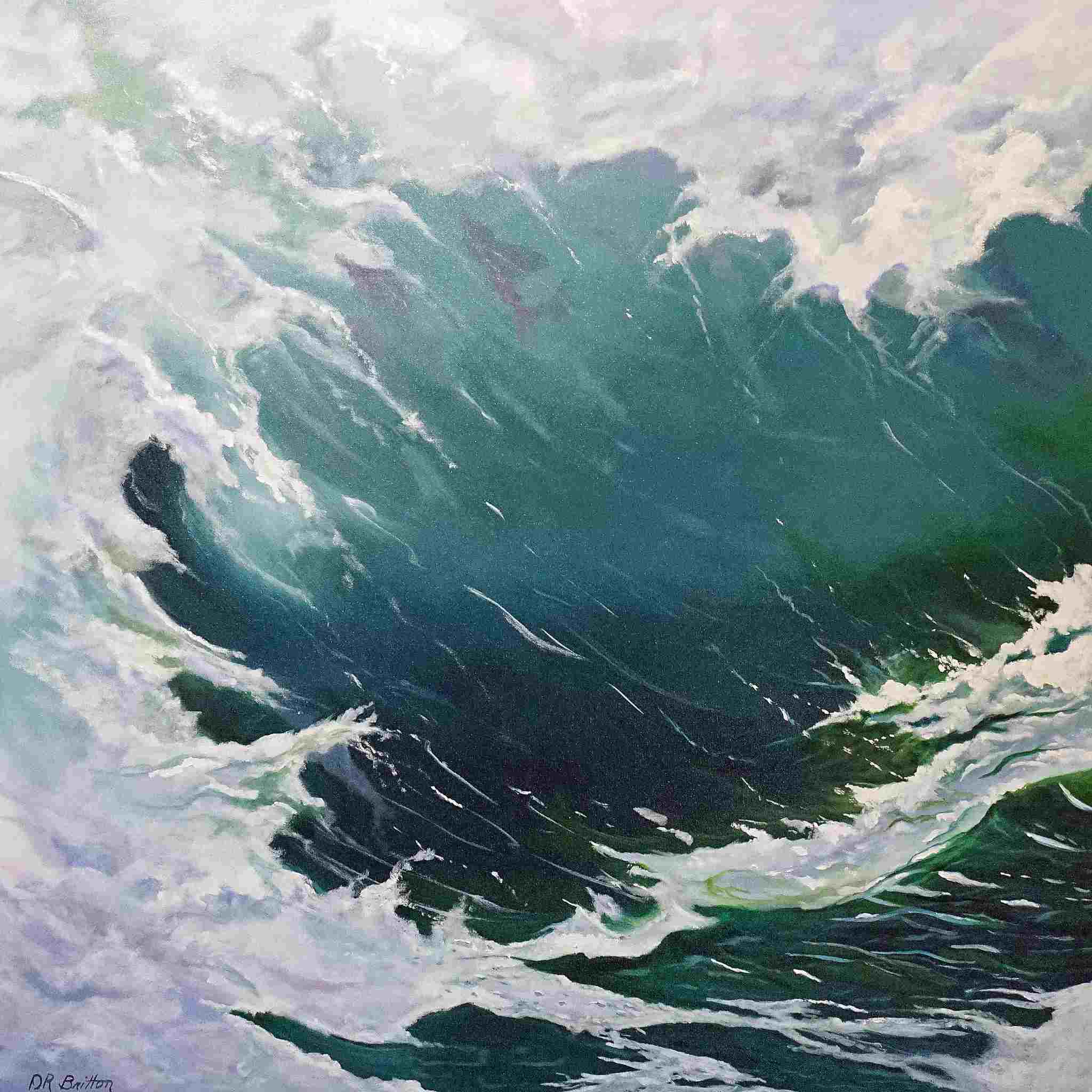 What could be more evocative of the Monterey, California setting of Big Little Lies than a painting of a wildly crashing wave in the Pacific ocean? The tight frame of the work makes you feel like you're right there, swimming in the water, about to be taken over by the wave. 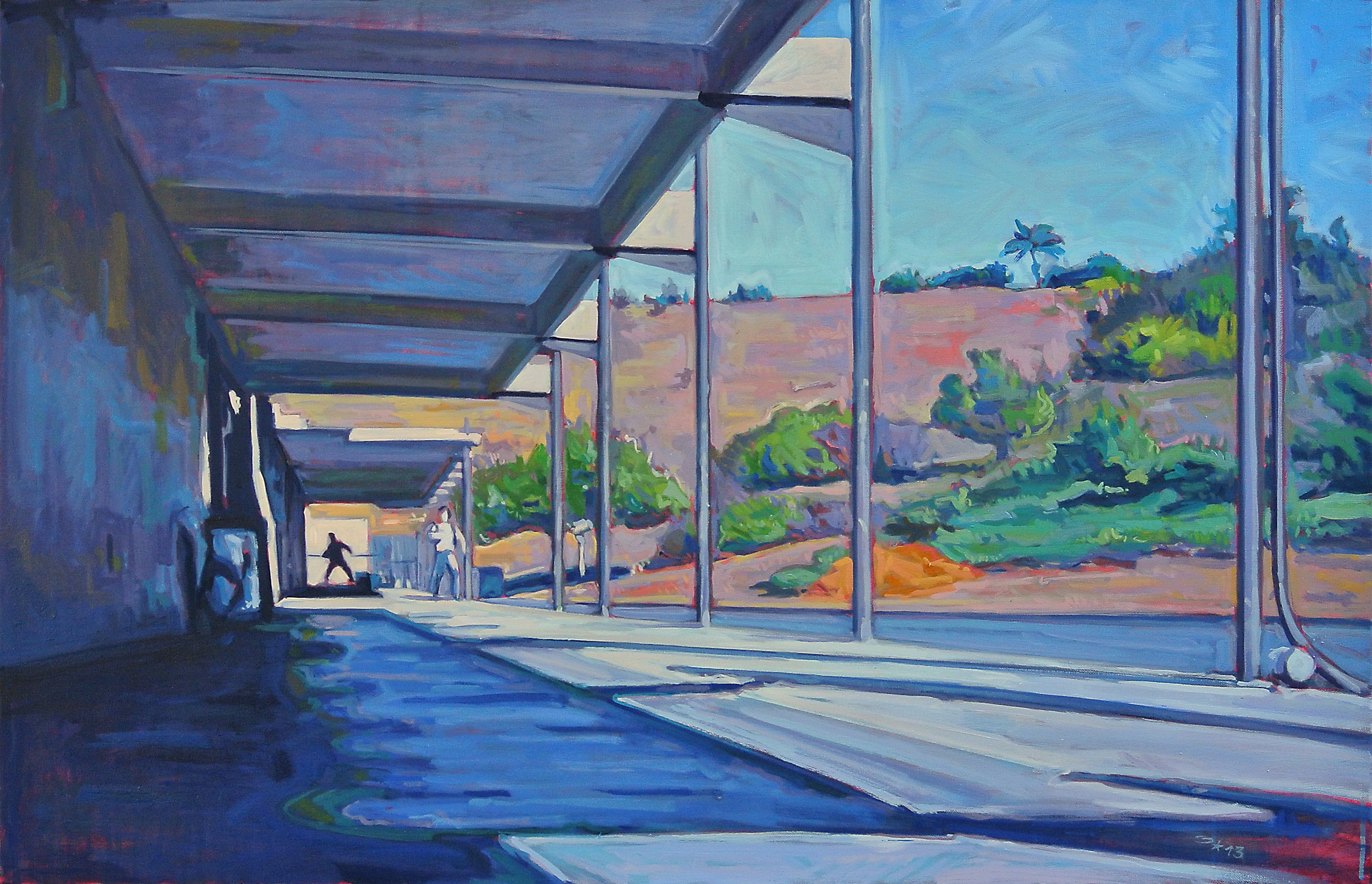 If you watch BLL, you know that the school is a pivotal setting throughout the powerful series, and it definitely resembles the one featured in the show. This painting depicts a Southern California school during a quiet moment when not many students are present. 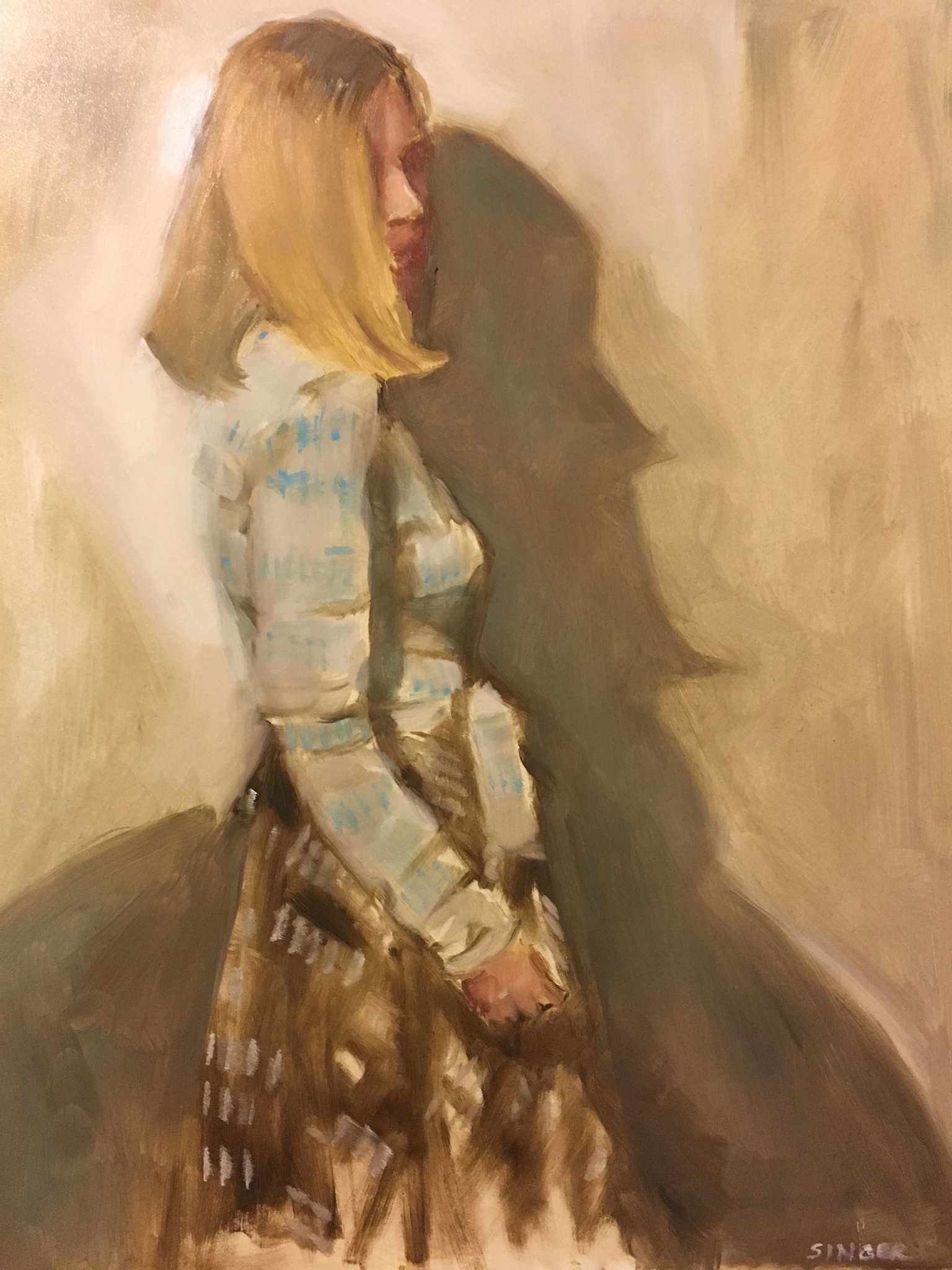 Inspired by scenes of a film noir, this painting features a blonde woman standing in the shadows. Her hair covers most of her face, leaving her true identity and emotions a mystery. 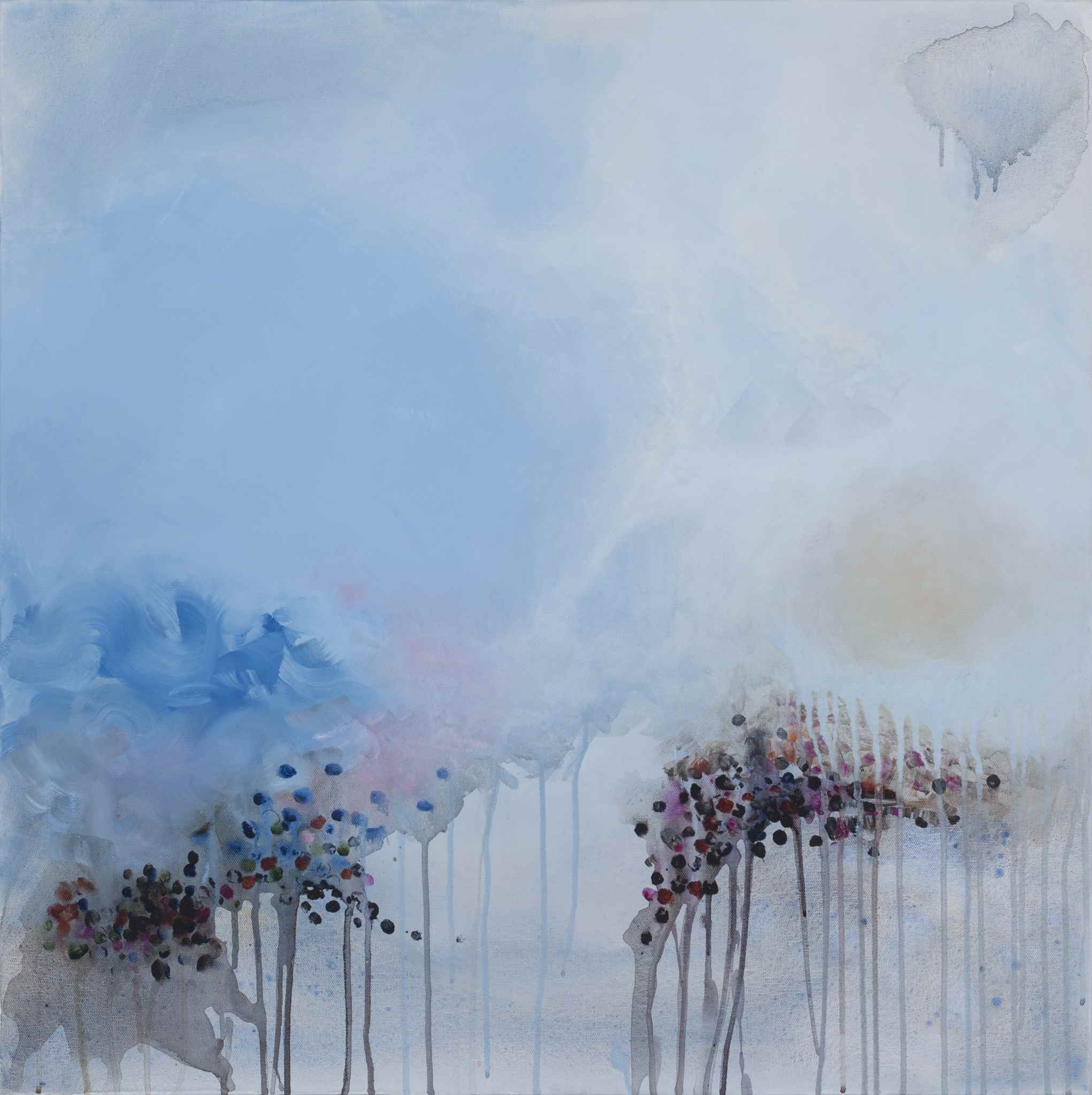 Part of a large body of work created for artist Soyoung L. Kim's first solo show, this painting is deeply personal. It represents a feeling of home in an abstract way through acrylic paint on canvas. Use your imagination to understand why it's connected to Big Little Lies. 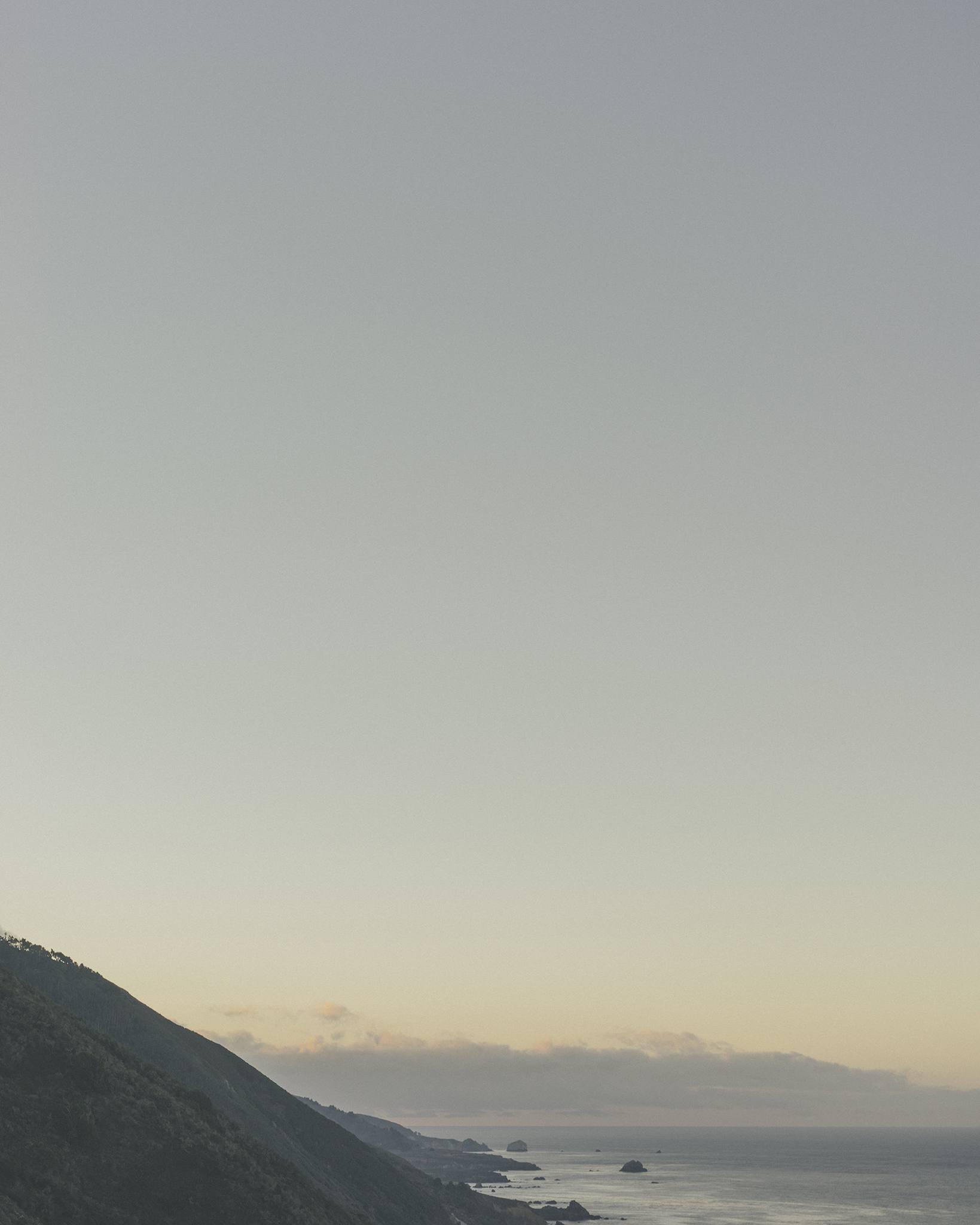 It's no secret how this photograph of Big Sur ended up in a collection of art inspired by BLL. A soft morning light bounces off the ocean as it calmly traces the coastline. It's a beautiful scenic image not unlike many included in the HBO series. 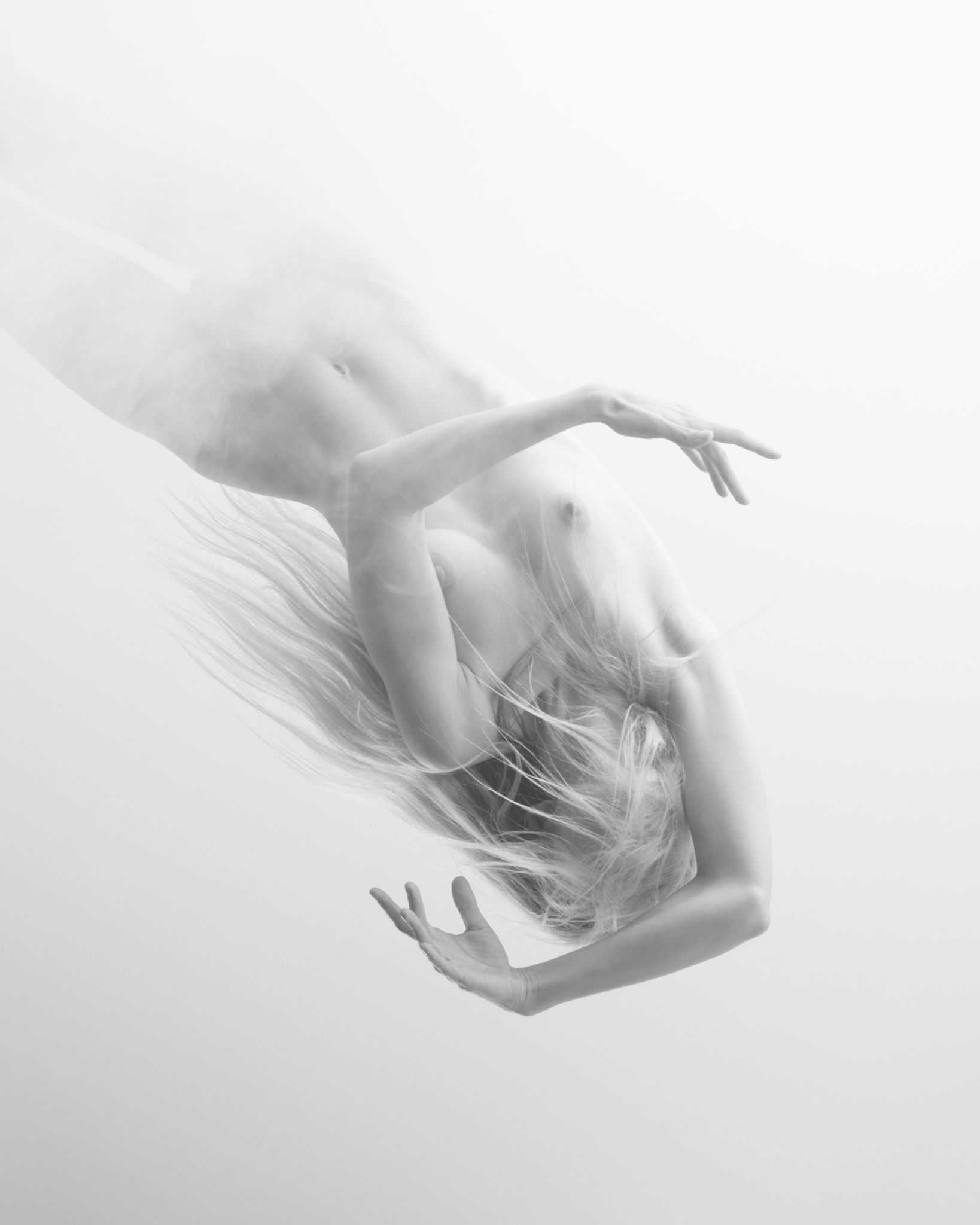 In this photograph, a nude woman seemingly floats in midair. Shot in black and white, it creates a disturbingly peaceful scene of a woman simultaneously out of control and free. 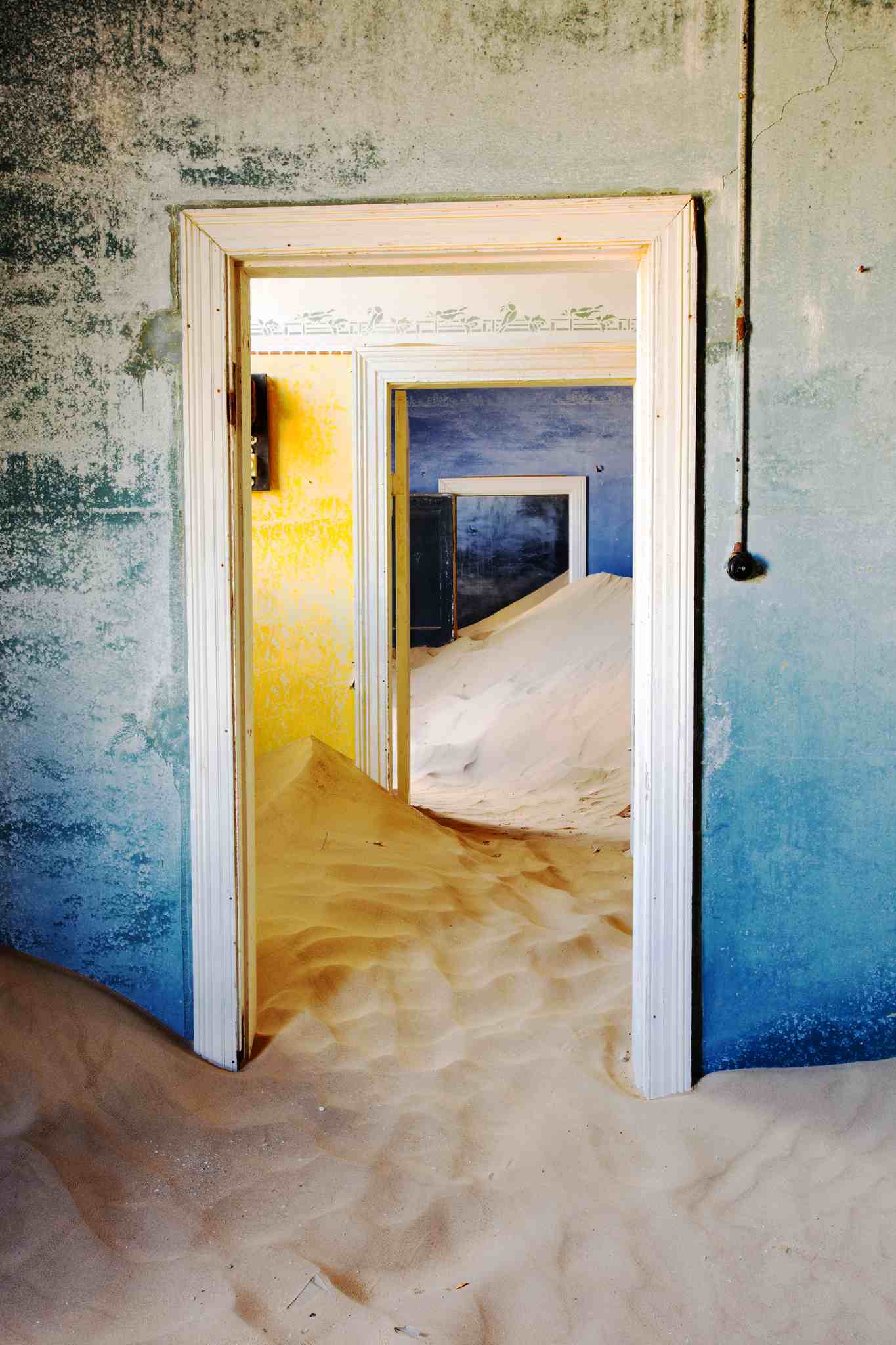 Although it has the appearance of a surrealist painting, this work is actually a photograph of an abandoned town in Southwest Namibia called Kolmanskop. What was once the center of the prosperous diamond industry has since been flooded by sand dunes, creating an apocalyptic scene for photographer Pieter Geevers to capture. 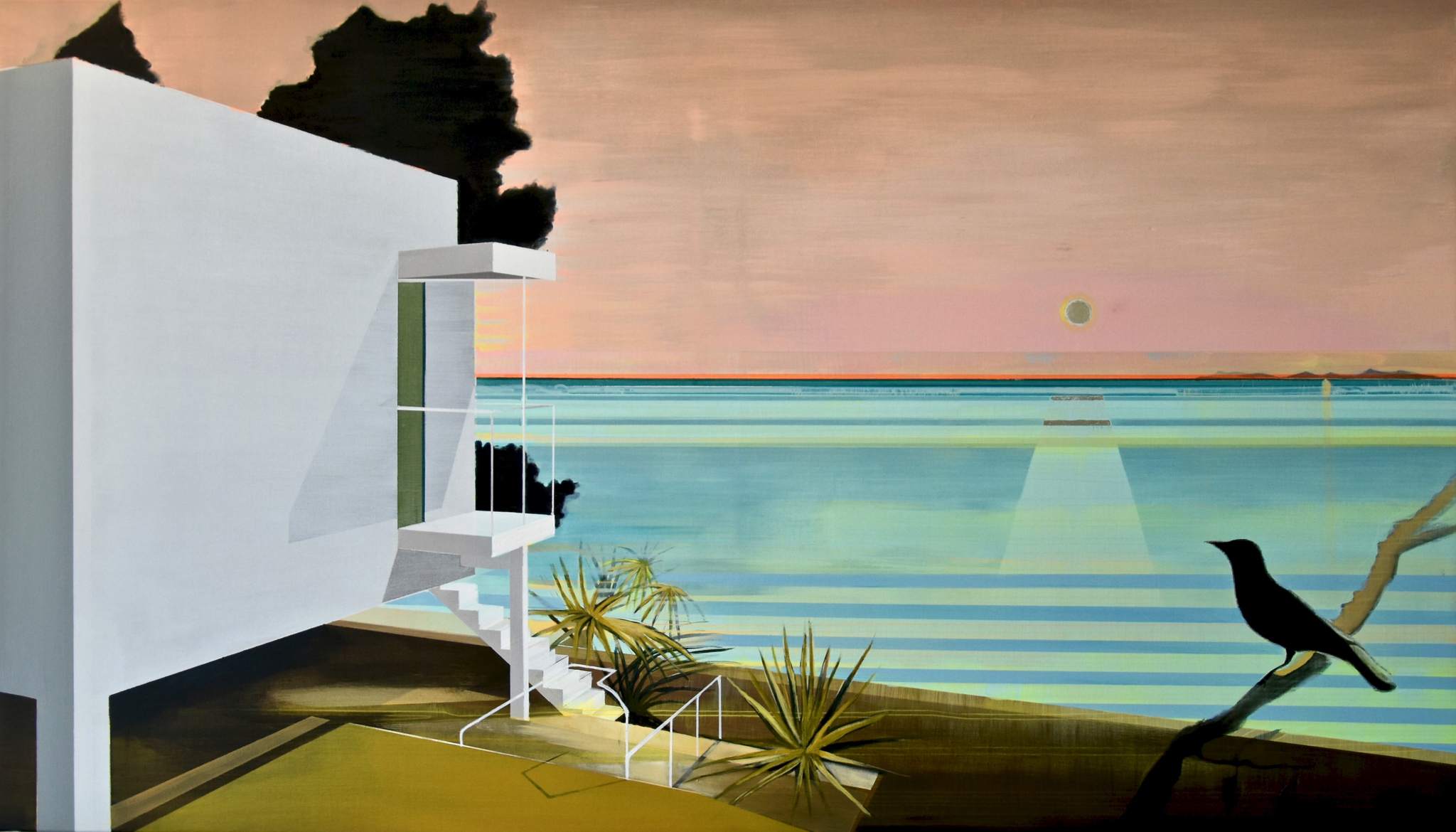 This painting depicts a Mediterranean landscape, including a sleek, modern home, a sunset over the ocean, and an ominous blackbird watching over. The modern architecture paired with the ocean view is reminiscent of Big Little Lies.

Up next: How to get the look of Big Little Lies' homes—without the real estate price tag.