As you might expect from a creative genius, Bill Gates devotes a substantial amount of his free time to reading. To our benefit, he's made a habit of sharing his favorite books of all time on his personal blog, Gates Notes. Per his 2018 post, it appears that Steven Pinker's novel, Enlightenment Now, has officially usurped The Better Angels of Our Nature (also by Pinker) as Gates's favorite book of all time.

A Focus on Positive Statistics

In stark contrast to the worrisome news headlines we read on a daily basis, the book focuses on the idea that we're actually currently living in the most peaceful time in human history. "Enlightenment Now takes the approach he uses in Better Angels to track violence throughout history and applies it to 15 different measures of progress (like quality of life, knowledge, and safety)," explains Gates. "The result is a holistic picture of how and why the world is getting better. It's like Better Angels on steroids." 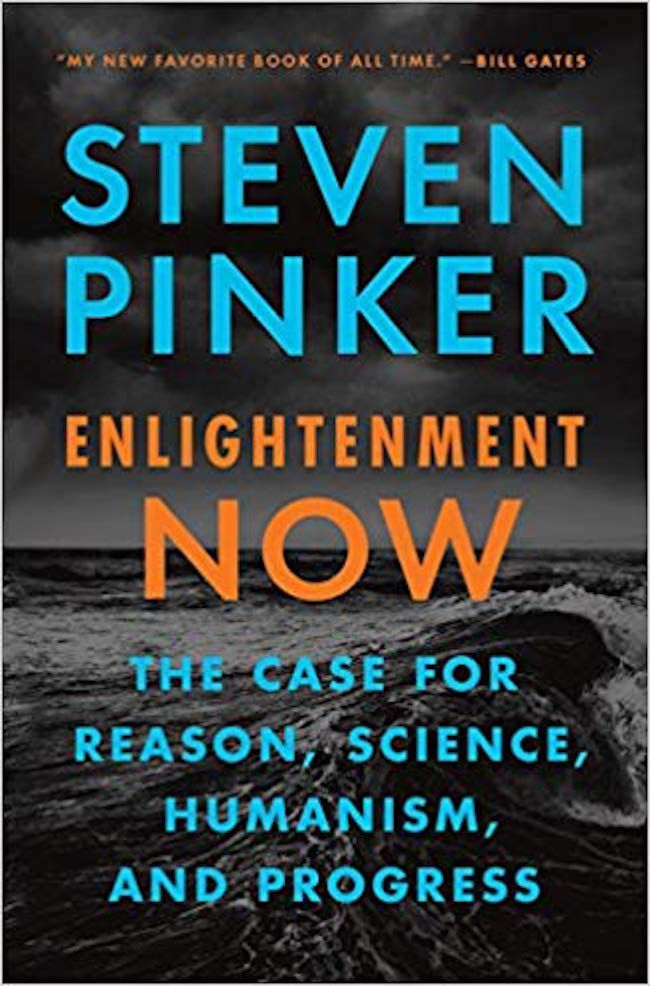 In the novel, author and cognitive scientist Steven Pinker argues that rather than paying attention to the negative headlines that propagate the idea that our world is crashing and burning, we should instead pay attention to the statistics. He highlights 75 different graphs that show that life, health, prosperity, safety, peace, knowledge, and happiness are on the rise, both in the United States and around the world.

"People all over the world are living longer, healthier, and happier lives, so why do so many think things are getting worse? Why do we gloss over positive news stories and fixate on the negative ones?" Gates writes. According to Pinker, it's because we're so drawn to pessimism. Enlightenment Now explains both why we're drawn to pessimism, and how that instinct is influencing the way we see the world.

In his blog post, Gates highlights his five favorite facts from the book that prove the world is improving. Though these facts are unexpected and probably not things we necessarily think about when considering our world's progress, they're pretty eye-opening. Not only are we 37 percent less likely to be killed by a bolt of lightning than we were at the turn of the century, but we're also less likely to die on the job. We used to spend 11.5 hours a week doing laundry in 1920, whereas in 2014, it was only an hour and a half. The global average IQ is rising 3IQ points every decade, and finally (and perhaps the most important), war is now illegal.

"The world is getting better, even if it doesn't always feel that way. I'm glad we have brilliant thinkers like Steven Pinker to help us see the big picture. Enlightenment Now is not only the best book Pinker's ever written. It's my new favorite book of all time," Gates writes.

Watch Gates and Pinker discuss the new book below.