So you're approaching the big 3-0. Well, before that milestone arrives, we have a few things you need to do first. There are some important life skills you need to master, a few culinary skills to accomplish, travel experiences to add to your bucket list, and some things you should probably ditch from your home too—stat. But in all seriousness, this is a monumental turning point in everyone's life, and once reached it should be welcomed with a pat on the back for all the skills and achievements you've gained by that point.

But before you get there, it's time to relish your 20s and indulge your eternal thirst for knowledge, restless desire for new experiences, and insatiable hunger for spiritual awareness and emotional understanding. So we compiled the definitive literary bucket list to support your journey along the way—and give your bookshelf a scholarly makeover. Whether you're just about to enter or leave the defining decade, these 11 books will teach you a thing or two about love, adventure, creativity, philosophy, and career, one book at a time (before your memory officially starts to decline). 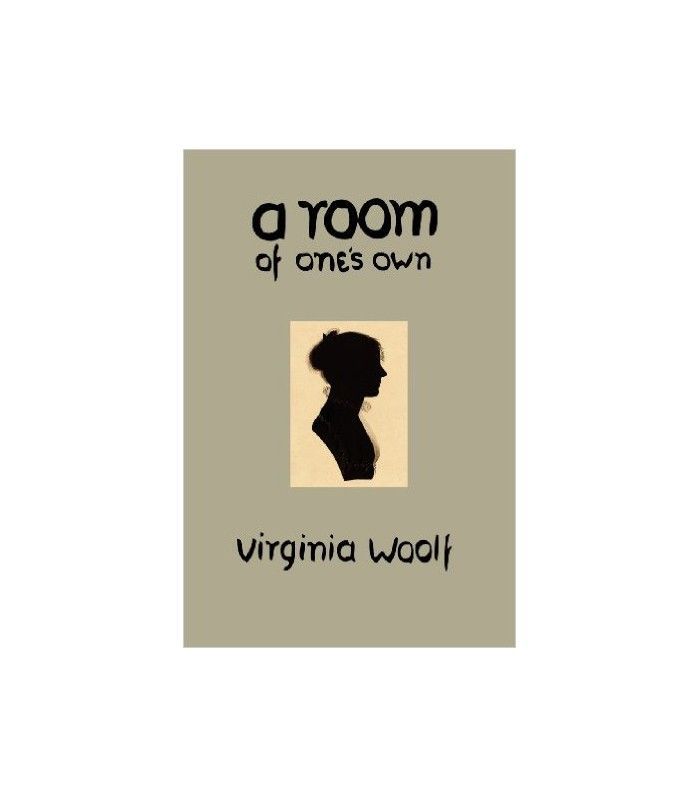 A Room of One's Own by Virginia Woolf $13
Shop

It's hard to believe that an essay first published in 1929 would still be relevant for women today, but A Room of One's Own manages to remain significant. The insightful read is actually an extended essay of various lectures Woolf gave to female students at two Cambridge Colleges in 1928 and provides an informative introduction to feminism, regardless of time, age, race, and gender. In it, Woolf reveals the injustices of female writers throughout time by sharing their stories throughout history, what has held them back, and what they should be doing to prevent it from happening again.

"Every woman should read this," Kelly wrote on Goodreads. "Yes, everyone who told me that, you were absolutely right. It is a little book, but it's quite likely to revitalize you. How many 113-page books and/or hour-long lectures (the original format of this text) can say that?" This book will give you the courage to create and empower you to incite change. 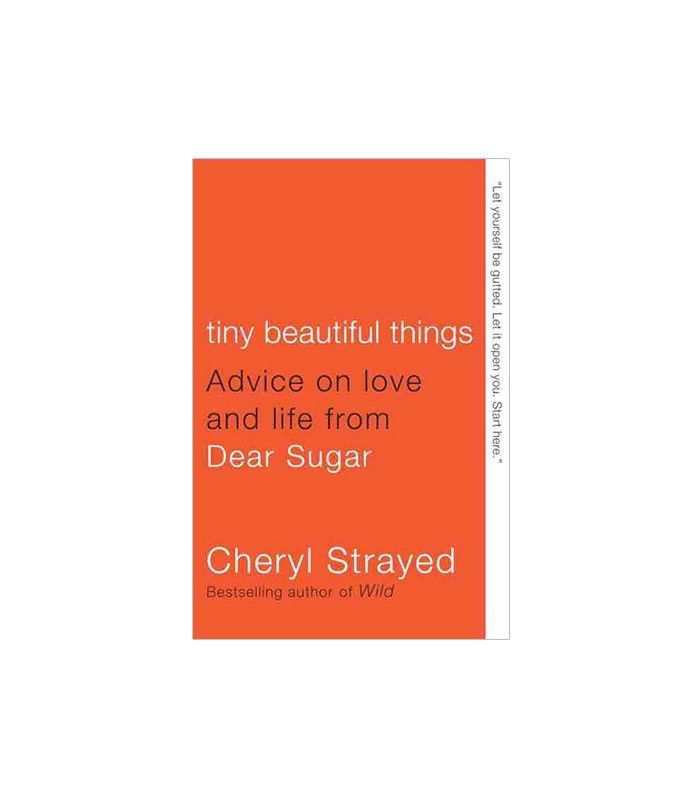 Before she was The New York Times best-selling author of Wild (another book to read before you turn 30), Cheryl Strayed was the anonymous online columnist of Dear Sugar at The Rumpus. Strayed gave heartfelt (and honest) life advice to thousands of readers who wrote in with their concerns, hardships, heartbreaks, and triumphs. This beautiful compilation of those letters and her answers is the perfect antidote to life's ails. It brings your own into perspective, conjures gratitude even in the darkest moments, and adds a heady dose of realness into your experience. You'll read it over and over, and every time you'll take away something new. 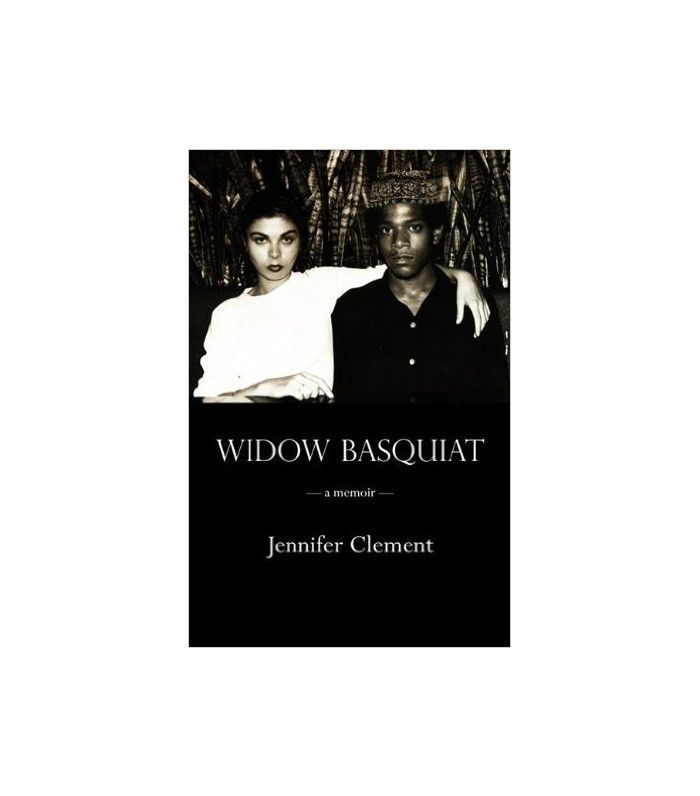 If you've ever been in the presence of artwork by Jean-Michel Basquiat, you'll know how incredibly moving and life-changing it is. His graffiti-esque mixed-media creations are lauded by critics and celebrities alike for their cultural references, gritty aesthetic, and poetic nature. Sadly the wildly talented American artist's life ended at just 27 years of age from a drug overdose. Thanks to Suzanne Mallouk's mesmerizing love story, Widow Basquiat, we have a window into his world before he left it so tragically, and it's just as gritty as his artwork. After meeting at a bar on the Lower East Side in 1980, the pair endured a turbulent yet passionate and short-lived romance. It’s a gripping, unforgettable tale, we guarantee you won't be able to put this one down until the last page is turned. 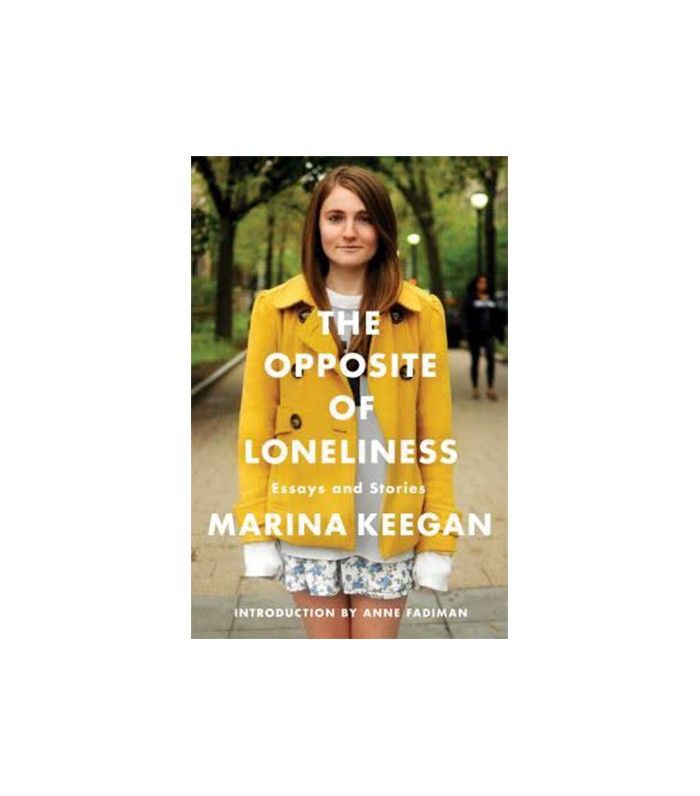 The Opposite of Loneliness $9
Shop

Youth is brimming with possibilities, your future is almost limitless, the only setback is you. We are our own worst enemy. But we also feel the brunt of life's injustices, failings, and pitfalls like a salted wound. This is all part of our internal growth as we navigate our own messy path through life. In this unforgettable series of essays, you'll feel empowered to push forward and fight, with a smile on your face. Marina Keegan captures all of these feelings in this instant New York Times bestseller. 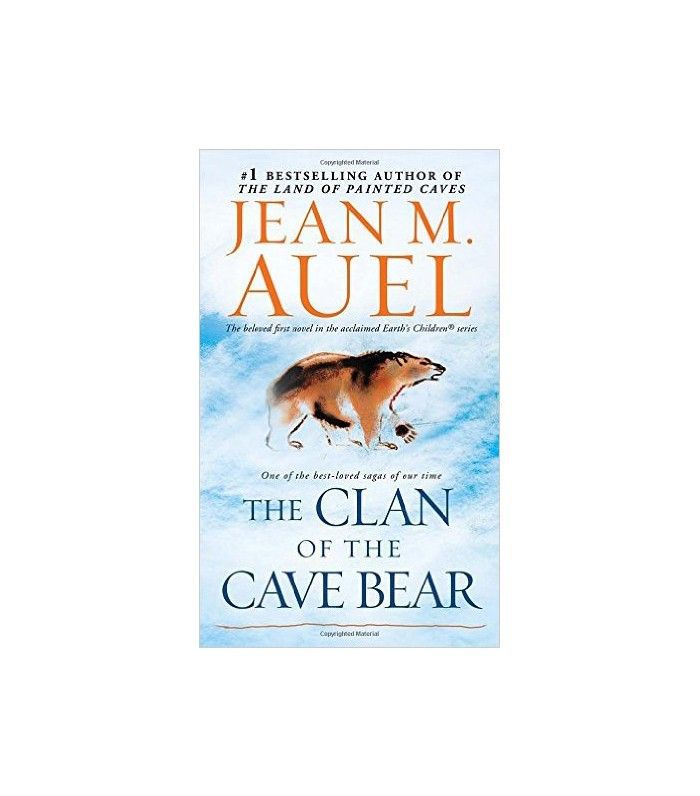 The Clan of the Cave Bear by Jean M. Auel $5
Shop

If you crave adventure, a wild and untamed existence, then get nose-deep in the imaginative pages of Jean M. Auel's classic, The Clan of the Cave Bear. This epic tale in the Ice Age follows the journey of a young girl named Ayla. A woman from a local clan discovers her wandering alone after being separated from her family during a natural disaster. But she is different from the group, even considered ugly to the rest of the tribe. Her blond hair and blue eyes are considered strange, which makes the tribe wary and unsure about the new addition. The first book in a five-part series is an incredible story of a young woman's strength, resilience, survival, and courage, against all odds. 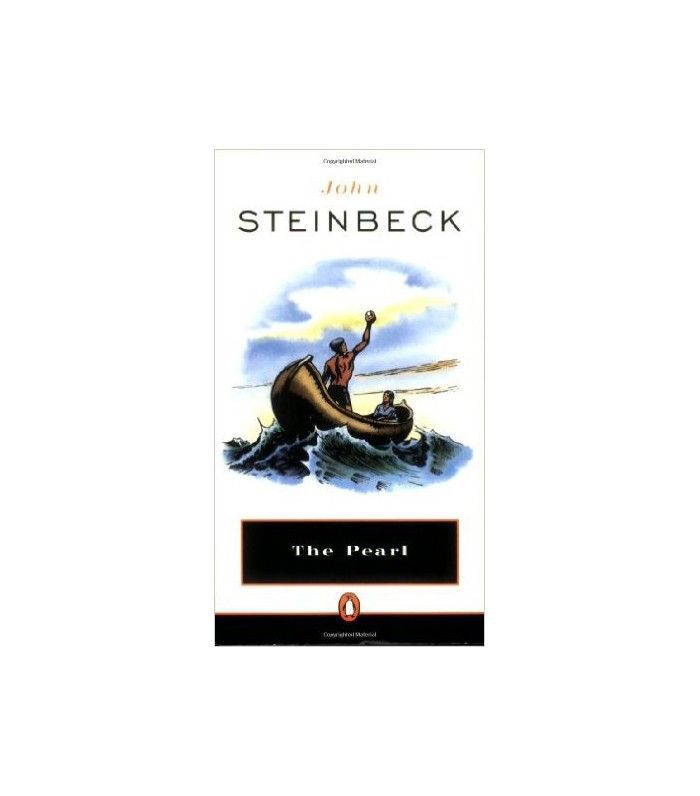 The Pearl by John Steinbeck $7
Shop

While tragic, this tale leaves us with a very powerful truth about the influence money can have on us and the physical, often negative influence our possessions can have on our lives. When a poor diver, Kino, discovers a giant pearl as "perfect as the moon" on one of his trips to sea it brings him security and the hope of a richer future for his wife, Juana, and their infant son. But what follows is a series of unfortunate events filled with many lessons about the consequence of greed and the violence it conjures. It's a beautiful catastrophe, thanks to the powerful prose of John Steinbeck. 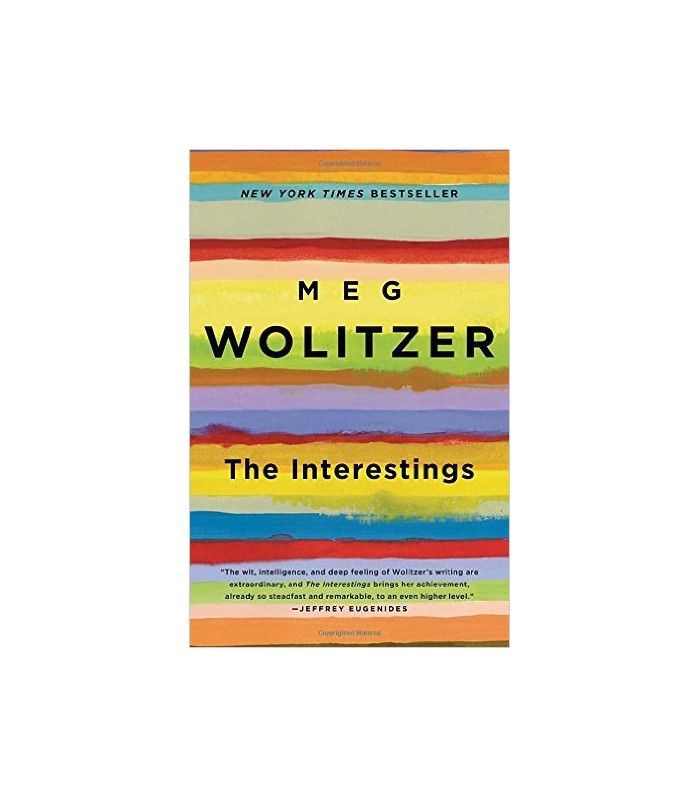 The Interestings by Meg Wolitzer $11
Shop

You know that nostalgia you feel when reflecting on your summer as a child? Well, Meg Wolitzer captures all of that and more in the coming-of-age bestseller. It tells the story of six teenagers who become inseparable after meeting at a summer camp for the arts. Fast-forward decades later and the bond is still there, but everything else has changed. The Interestings explores the complexities of life, and how our relationships can shape, shift, and drastically alter it along with our personalities. From money to power, envy and love, this book leaves no emotion or experience unturned. 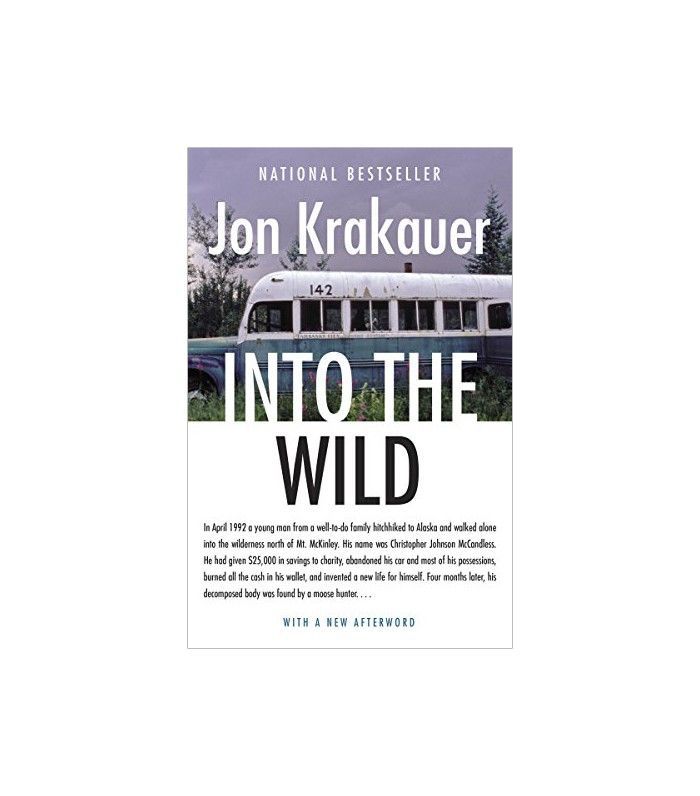 Into the Wild by Jon Krakauer $11
Shop

Even if you've watched the film, Into the Wild, has to be read to be truly understood and experienced. Like any movie adaptation, the book is always better, and in this case, that phrase rings truer than ever. This book details the journey of Christopher Johnson McCandless who donated his savings to charity, ditched his car, and swapped his comfortable life to hitchhike to Alaska. While tragic (his decomposed body was found by a moose hunter four months later), this story is a glimpse into what it's like to exist outside the confines of society; it's a rare insight into what it feels like to leave all your possessions behind to ride the unexpected wave of life, without any plans. Just like its title, it's wild and raw with a bittersweet ending that will move you. 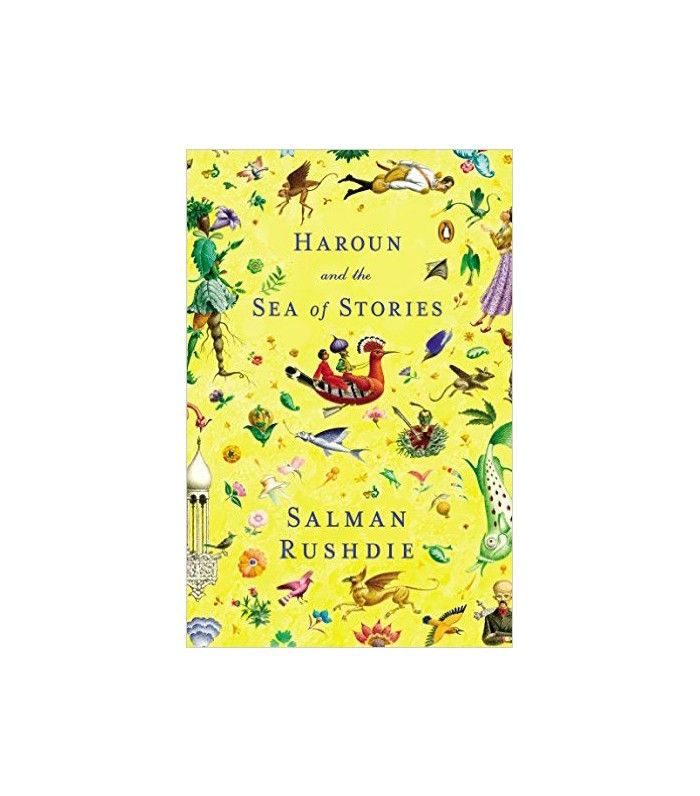 Haroun & The Sea of Stories by Salman Rushdie $9
Shop

If you loved The Alchemist, then you'll cherish this tale by the talented Salman Rushdie. This classic novel draws on the power of storytelling to deliver life-changing lessons on altruism, courage, creativity, cultural awareness, and the power of illusion. While it was written for children, this book is just as illuminating for adults and will capture your imagination and your heart. 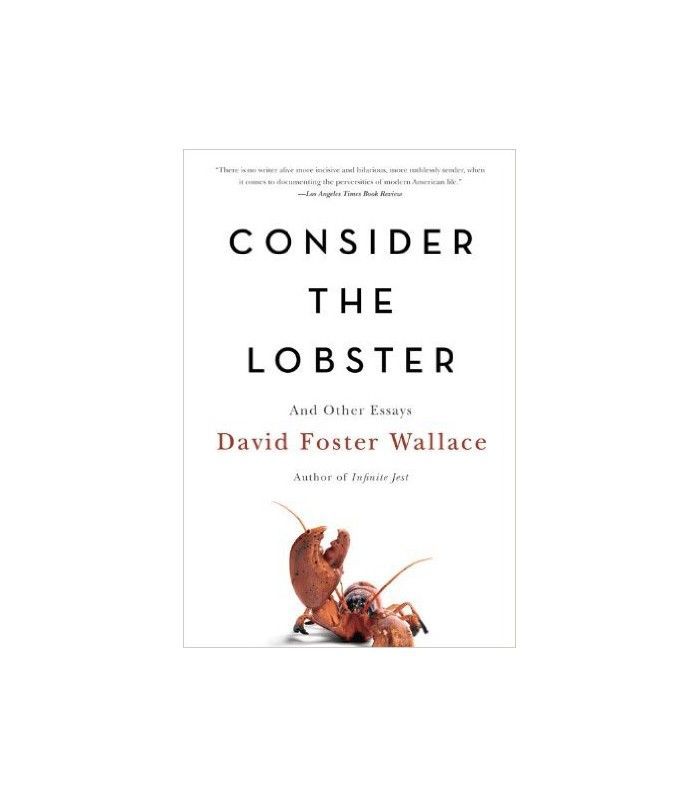 Critically acclaimed as one of the most brilliant essayists to have ever lived, David Foster Wallace brings his wit, sly humor, and intellect to dissect a varied (and unusual) selection of topics, including lobsters, sports memoirs, and September 11. It's highly entertaining and informative, often bordering on rambling, but Wallace's incredible handle on language and profound love for words keeps you engaged and enthralled until the end. 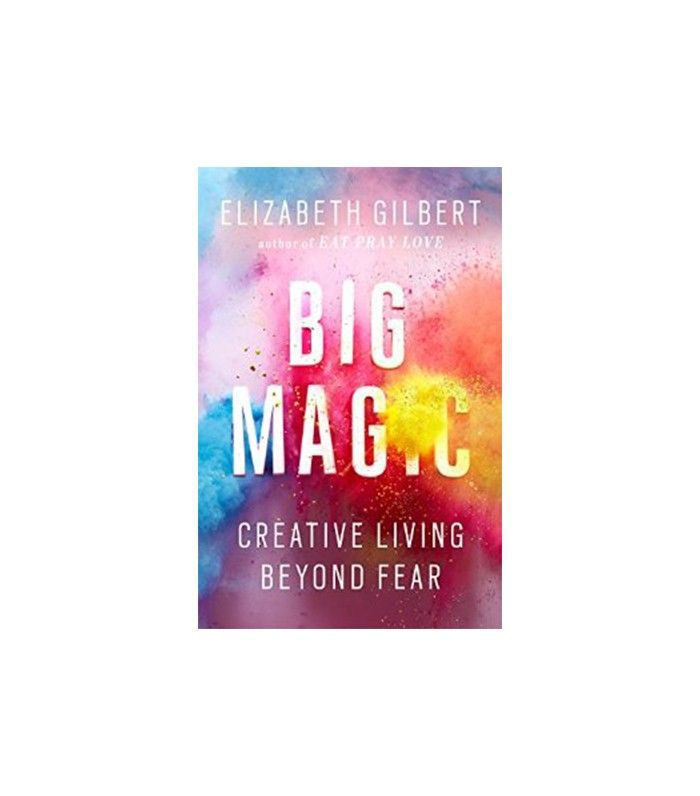 Do you fear the unknown? Are you nervous about taking the leap towards a life where your creativity is at the helm? Do you doubt your artistic talent? Big Magic will help you jump. Elizabeth Gilbert first captured our imagination with her beautiful New York Times bestseller Eat, Pray, Love and in these pages she encourages us to take the same spiritual journey within ourselves. Gilbert shares the secret to her own creative process and experience to help you uncover your own "strange jewels" hidden within. This book is the inspiration and motivation you need to get that idea out of your head and into reality, whether it's a business or just a passion project, Big Magic will be the driving force.