Palm Springs has long been a destination of choice for design lovers—or anyone just looking to escape the cold in the name of desert sun rays. The California town flourished when the Hollywood elite started commissioning modernist architecture in the area, putting Palm Springs on the map as a fashionable destination of choice. Today it's one of the few American cities that retain a true midcentury flair—something interior designer Mark D. Sikes was determined to preserve when he embarked on his latest project, Holiday House, a quaint modernist boutique hotel in Palm Springs.

"The hotel was built in the 1950s, and we wanted to keep the authenticity of the architecture but make it feel very fresh," the designer told us. "We just took it from there, without doing major things architecturally to the hotel, other than modernizing the rooms and bathrooms." The designer, who specializes in high-end residential interiors and also helms the chic resort label MDS Stripes, was the ideal candidate to transform this tired midcentury boutique hotel in Palm Springs into a fashionable destination for discerning travelers. Take the tour—we bet you can't scroll to the bottom without calling your friends and booking a getaway.

"It's a small hotel; it's only 28 rooms," says Sikes of the newly refurbished midcentury Palm Springs hotel. The designer was determined to maintain the character and authenticity of the original space, but not without infusing a newfound freshness and a healthy dose of modern comforts. The floors were painted white; the spaces were infused with crisp blue and white color palettes and a lot of natural textures.

In the guest rooms, each space retained its own unique character: "We wanted every room to feel individual and different, but we identified a few formulas. We broke the rooms up into groups and came up with a wallpaper strategy for each of them. That's what makes every room look fresh and different. Half of the rooms have a wooden wallpaper bed, and half have a printed one," says Sikes. 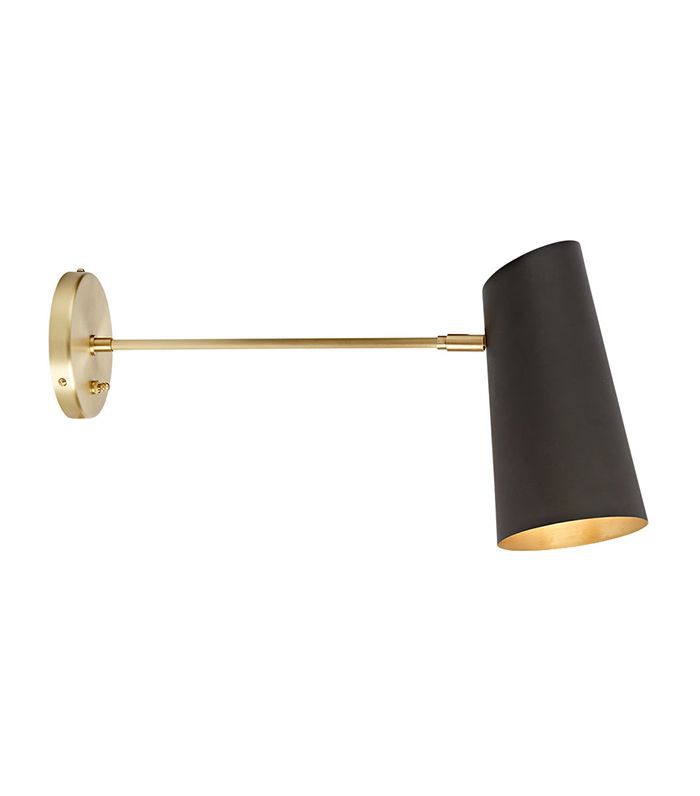 Sikes, who is a prolific residential designer, had a whole new set of challenges when it came to dealing with his first commercial hotel design. "In a home, there's a common thread and a color palette, and a sensibility," he says. "In a hotel, because you're given so many rooms and so many spaces, you have to think more of a template where every room has to have these certain things, and every room might be a little different—some might only be able to fit a chair while another might fit a sofa; some rooms might fit an armoire, some might fit a dresser, and for others, it might only be a side table—but you need some kind of storage for people to put their things, so you have to think about function." 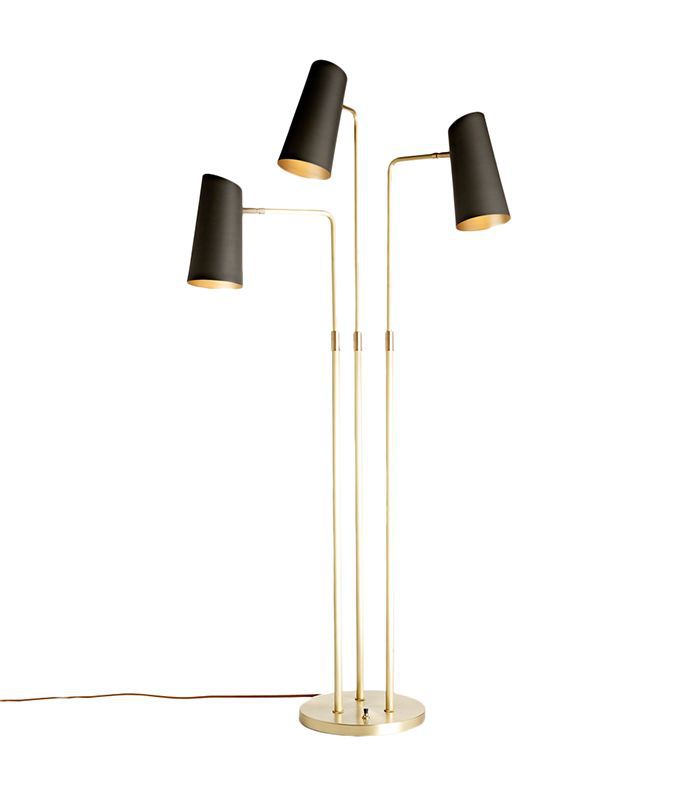 Beyond his own design, which took eight months to complete from concept to construction and installation, the designer also considered every small aspect, including function and longevity. "I had never done a commercial hotel before," he says, "so it was thinking through the comfort of the rooms and what that means, and making sure the fabrics were durable and stain-resistant." Aside from the design, he loved how the development team put careful thought into every aspect of the rooms, from the branded hexagon tiles in the bathroom to the self-service snacks. 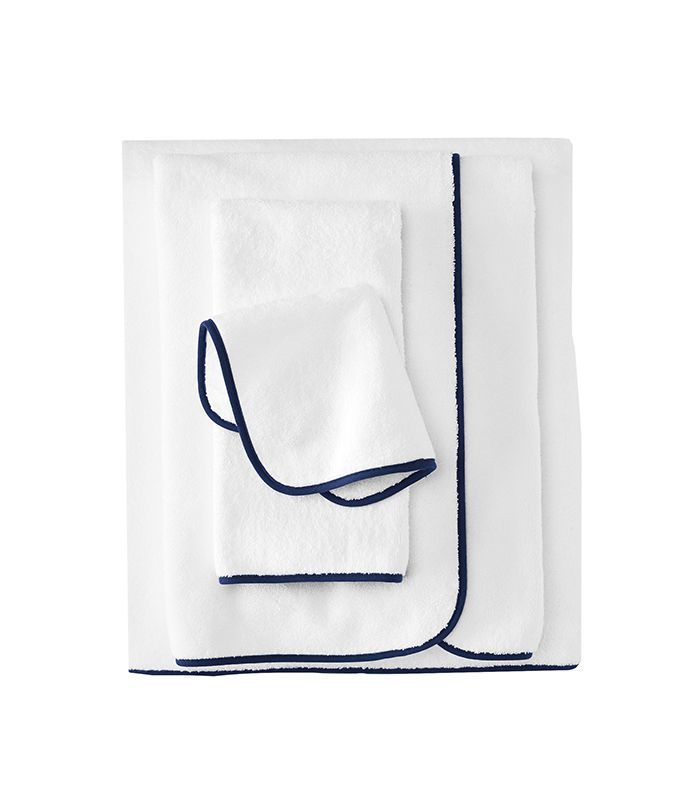 Sikes was the ideal candidate for this California hotel. He describes his design style as very classic and all-American but with Californian modern influences. "I think most people would say traditional," he says. "But my idea of traditional is also modern which is very Californian. It has modern art mixed in, modern furniture, and textural elements like wicker or rattan."

In each space, the designer infused this sense of tradition with midcentury modern. "That's another thing about the hotel that's so cool," he adds. "You walk around, and every space is so different, but there are these common threads that come together like pieces of a puzzle." 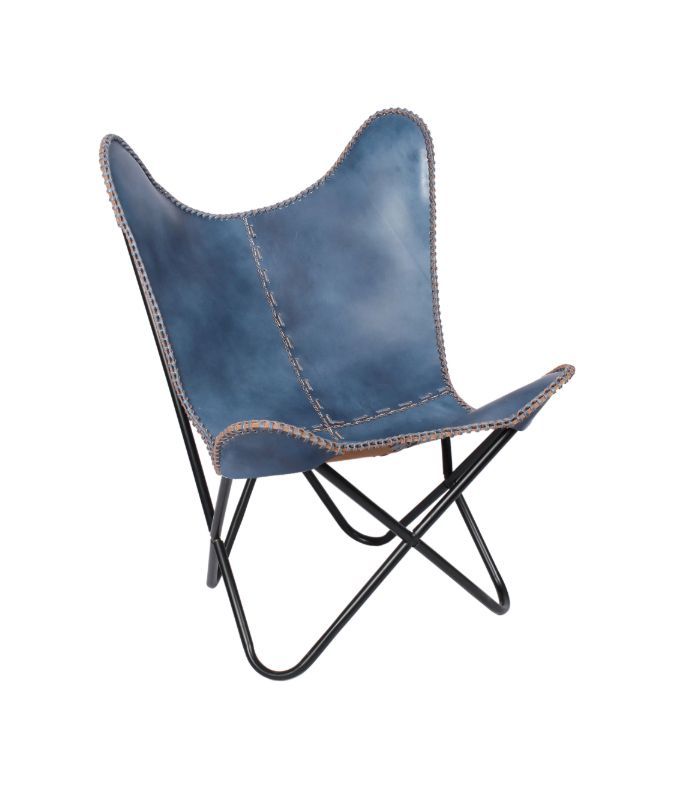 Sikes's signature style transpires in the outdoor areas as well, where blue and white stripes reign supreme. "We just wanted the outdoor area to be super simple, so we used white outdoor furniture," he says. "In the eating area, we added stripes on the cushions, but the loungers are just white with navy-blue umbrellas. There's another sectional by the shuffleboard court and an eating area that also has sofas with stripes, so there are outdoor stripes sprinkled throughout and then things that are just solid white and solid blue." 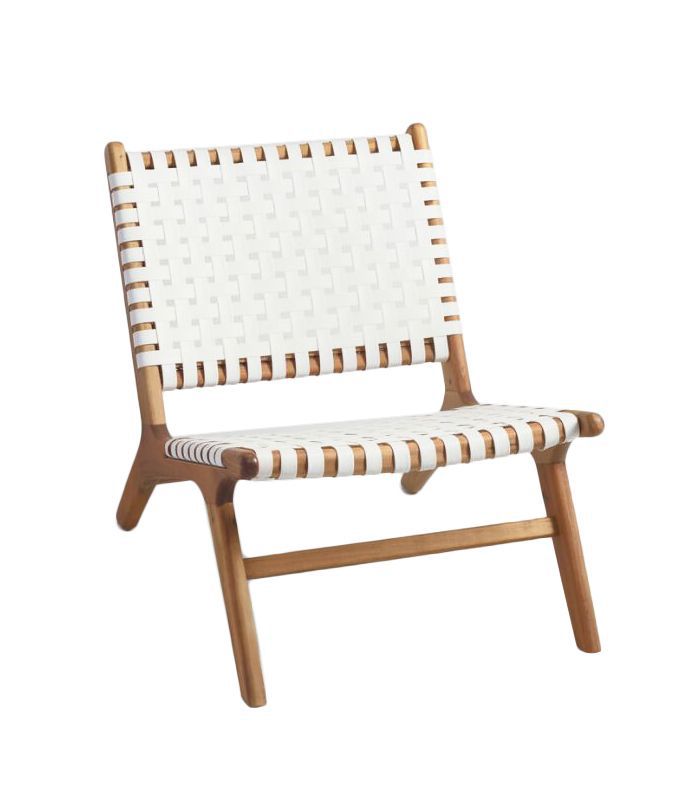 But it's in the lobby and common areas that the design really comes alive. "When you walk in, nothing is over the top, but it just makes you very happy and super comfortable, and you don't want to leave—it's kind of like a safe sanctuary," explains Sikes. "I think it was kind of happenstance—it just kind of happened that way. I hear that over and over from everyone who's been to the hotel."

The lobby is covered in cobalt-blue travertine floors and white walls, with a cobalt-blue Billy Baldwin sofa, vintage midcentury rattan chairs, along with custom chairs made with the Josef Frank butterfly print, and antique midcentury side tables sprinkled throughout. The bar is the pièce the résistance: "We covered the bar next to the lobby in Gio Ponti tiles that we had made and that line the whole bar. We pulled the whole palette together with the geometric tile pattern."

One of Sikes's favorite rooms is the library. "It's probably one of the key areas of the hotel right off the lobby," he says. "We basically took this little room, did a custom banquette sectional that wraps around, and covered the sofa with the same blue Quadrille fabric as on the walls. We stacked the shelves with books and hung artwork all over and added a couple of vintage rattan chairs." 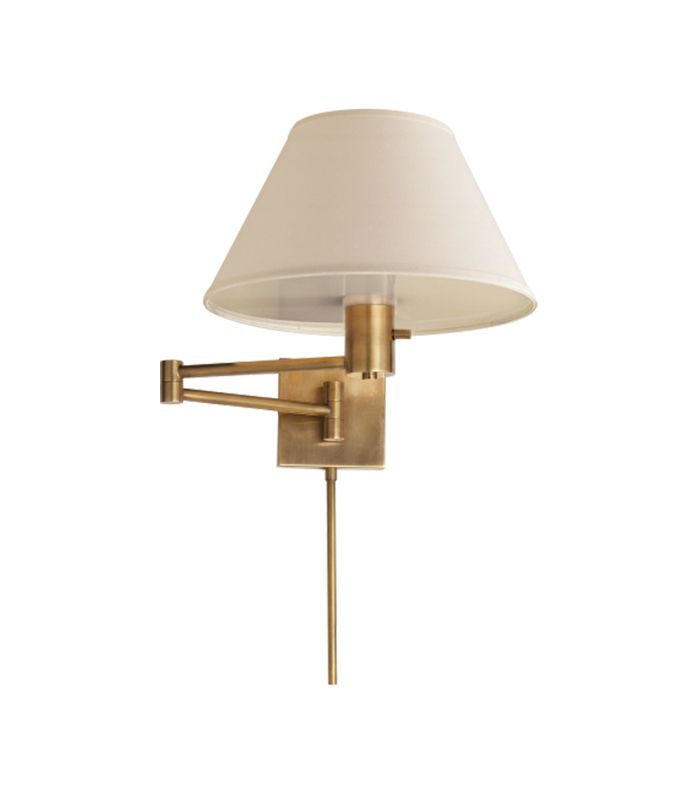 All in all, the property maintains the true spirit of midcentury Palm Springs but not without a fresh, modern feel. "Our goal was to make it feel relevant and stay true to the architecture or the spirit of Palm Springs—keeping it really fresh, inspiring, and comfortable," says the designer. "And blue is just such a happy color; there's a freshness to it, and everyone loves it." 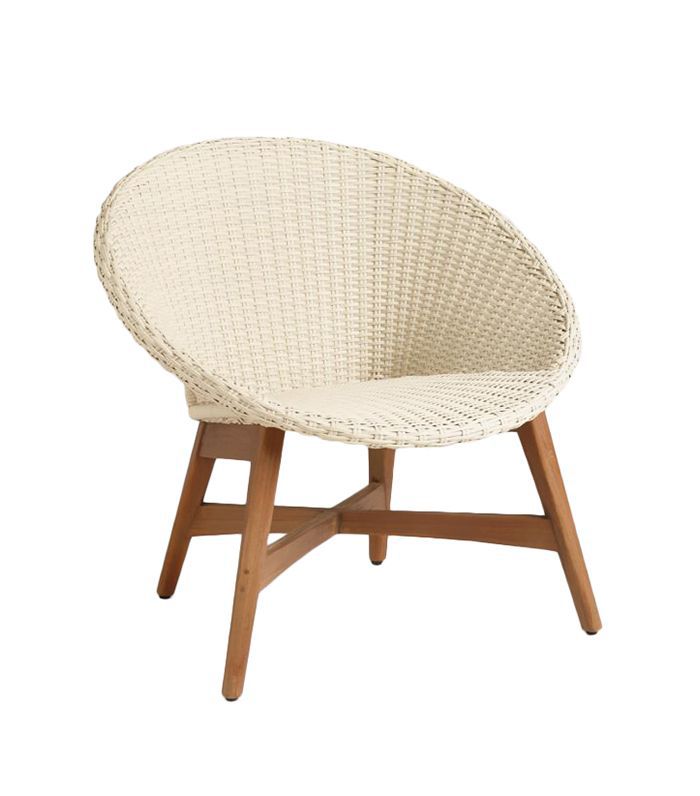 And now, these are the coolest upstate New York getaways.