And a ton of these are celebrity approved!

While nous aimons a chic French name and can’t resist a worldly moniker, there’s something downright cool about a gender-swapping baby name. In the era of gender-neutral everything (see also: Target’s kids’ line), the tradition of naming our children based on gender is quickly becoming a thing of the past. But all trends aside, we think it’s pretty cool to give a girl a “boy” name (we’re looking at you, Reese and Drew).

Besides, as we’ve seen with Gwyneth Paltrow’s use of Apple, there really are no rules when it comes to naming your beautiful baby. So we say throw out the rule book and choose the moniker you think suits your child best, regardless of gender. To get your list started, we rounded up a few of our personal favorite gender-neutral baby names that suit both boys and girls. You’re welcome.

Is there any other reason to name your daughter Reese than the existence of gorgeous, funny, and insanely talented actress, producer, entrepreneur, and female rights activist Reese Witherspoon? We don’t think so, but if that’s not enough, Reese is just a super-pretty, formerly male name that, according to Nameberry, has “propelled in mass girl’s popularity over the past few years.” We kinda think dear, sweet Witherspoon has had something to do with it.

We couldn’t possibly include a list of boy names for girls without mentioning one of the most popular music icons of this generation, Taylor Swift. While it had popularity in the ’90s, Tay keeps it relevant today, and even the nickname TayTay is trendy. Taylor Schilling is another famous actress under the boyish moniker; you know her well as Piper Chapman on Orange Is the New Black.

Despite its history as a masculine name, Blake is quickly gaining popularity as a girl name in the U.S., thanks in part to one of its famous bearers, Gossip Girl star Blake Lively. This title originates from the Old English version, which, according to Baby Name Wizard, was a “nickname for someone with either a very dark or a very light complexion.” Either way, we love the sound of this name for a girl. It’s strong yet sweet, everything you’d wish for your daughter.

“Hey Jude” is one of my all-time favorite Beatles songs, and seeing the popularity of this name spread, it’s clear I’m not alone in that sentiment. That alone is reason enough to consider this as a name for your little girl. It has a poetic and musical feel to it, not to mention an incredible song you can always dedicate to her. It could be why Martha Stewart’s daughter, Alexis Stewart, named her little girl Jude. Either way, we think it’s cool, so very cool.

Most of us first came across the name Wyatt when Peter Fonda played the character in the iconic coming-of-age film Easy Rider, but before that, it was the title of Wyatt Berry Stapp Earp, an American Old West gambler and deputy sheriff in Pima County, Arizona, made famous for his role in the Gunfight at the O.K. Corral, where three outlaw cowboys were killed. While we haven’t seen this name being used for girls much, expect it to be on the rise thanks to new parents Mila Kunis and Ashton Kutcher, who named their new daughter Wyatt. Turns out the name has inspired some fun during a Lakers game. “I just started listing off anything and everything that I saw: ‘Sign! Truck! Wall! Door!’” Kutcher told Conan O’Brien. “She [was] like, ‘Shut up!’ Then I was like, ‘I’ve got a really dumb idea. What about Wyatt?’ She goes, ‘That’s it.’”

Some seriously cool guys have had this name throughout time, from the iconic James Dean to the talented James Franco, but you really ramp up the ace factor when you give it to a girl. New parents Blake Lively and Ryan Reynolds knew it too when they named their little girl James. And with their power-couple status, we’re pretty sure you’ll see more girls with this stellar title in the future.

Since the Kardashians exploded onto our television screens, Kendall has grown dramatically in popularity as a cool girl name, but historically, it was a masculine moniker. With Celtic origins, Kendall means “from the bright valley,” and with the success that Kendall Jenner has received, we can only forecast a glistening future for any little girl given this gorgeous name.

For creative parents, Lou is your go-to moniker. There are a couple of insanely inspiring people who spring to mind with this name. Fusing music and poetry, Lou Reed was and will continue to be one of the greats in American music history. While he rose to fame as the lead vocalist, songwriter, and vocalist of The Velvet Underground, he enjoyed an amazing solo career for five decades after. Adding to the cool factor and bringing a feminine touch is Lou Doillon, daughter of director Jacques Doillon and British actress, singer, and fashion icon Jane Birkin—enough said.

While it sits in the top 30 favorite names for boys, Dylan is gaining traction as a feminine moniker, and it certainly has more of a melodious and contemporary sound when it crosses genders. Sean Penn and Robin Wright firmly etched this boy name onto a girl’s birth certificate when they named their daughter Dylan.

While this isn’t a super-common girl name, when we heard Haylie Duff and her husband, Matt Rosenberg, had named their baby girl Ryan last year, we kindly fell hard for it. It’s super cute when it’s shortened to Ry, and the nickname RyRy is adorable—it could even be pronounced “RiRi” like Rihanna. Either way, we think it’s adorable.

Actress Hayden Panettiere firmly cemented this name as a cool moniker for girls, and it’s only just starting to see popularity among new parents. What was once strictly for boys only is quickly becoming an acceptable and much-loved girl name.

There probably weren’t many girls named Glenn until award-winning actress Glenn Close came along, and Nameberry is convinced she did “help launch a general trend toward boys’ names for girls.” This Gaelic baby name derives from gleana, meaning “valley,” but we think it’s a super-relevant and cool indie name for any modern girl.

We love this name for little boys, but it’s slowly becoming a popular girl name too. Jessica Simpson honored her little girl with the boyish title, as did actress Lindsay Sloane. The origins of Maxwell are Scottish and derive from the name Maccus, meaning “great,” just like your little girl.

While there are plenty of gorgeous female versions, such as Alexandra or Alexis, we are pretty smitten with the boyish charm of Alex. It’s edgy and powerful while still being super feminine. If you’re a child of the ’90s, you’ll be familiar The Secret World of Alex Mack, about a normal 13-year-old girl who gains superpowers after being exposed to a toxic spill. It was one of the highest-rated shows on Nickelodeon at the time, and I’m pretty sure all the girls (and boys) wanted to be Alex. Adding to its cool factor is super-funny comedian, Emmy-winning actor, and writer Alex Borstein. Further proving its strength, our very own VP of digital strategy goes by this cool moniker.

From actor and musician Jamie Foxx to model and actor Jamie Dornan, there’s no shortage of famous men with this sweet moniker, but this baby boy name is just as popular with the girls, including the beautiful actress Jamie Chung.

While historically is translates to the Old English harewood (or meadow), most modern parents would attribute this name to the famous motorcycle company Harley Davidson or entrepreneur Harley Earle, head of design at General Motors. But gone are the macho biker vibes, and in their place is a sweet little rebel with a seriously cool name. For Batman fans, you’ll know Joker’s assistant Harley Quinn, whose character is coming back to our screens in the hotly anticipated Suicide Squad.

One of my earliest film memories was watching Daryl Hannah as the gorgeous mermaid in Splash and thinking how cool she was. The name has stuck with me ever since, and I still think it’s just as iconic and cool. For me, an Australian, the name doesn’t translate nearly as well as a boy name (especially when you hear how Daryl sounds in an Aussie accent), but on a girl, it’s edgy and different, with a certain covetable je ne sais quoi.

If you’re looking for a name with some major royalty, don’t overlook the gorgeous Stevie. According to SheKnows, this Greek baby boy name means “crown” or “victorious,” and that’s certainly true of musical icon and Rock and Roll Hall of Fame inductee Stevie Wonder. We just love this hip moniker for a little girl. It’s also the name of one of our favorite fashion stylists from Australia, Stevie Dance, and, of course, the über-cool performer Stevie Nicks.

This shortened version of the Hebrew name Samuel, which means “sun child” or “bright sun,” is without its history’s sunny disposition, but we’d love this name for a little girl regardless. The popular gender-neutral name has many famous and talented bearers, including the English filmmaker, photographer, and visual artist Sam Taylor-Johnson.

This Anglo-Saxon baby name means “wise,” and we know that certainly rings true for actress Drew Barrymore. According to Baby Name Wizard, it’s originally a short form of the Greek name Andrew, but now it commonly stands on its own. This name is a combination of sugar, spice, and all things nice, plus a totally tough vibe—just like Barrymore.

Expecting a bundle of joy soon? Style your nursery with some of our favorite gender neutral pieces below. 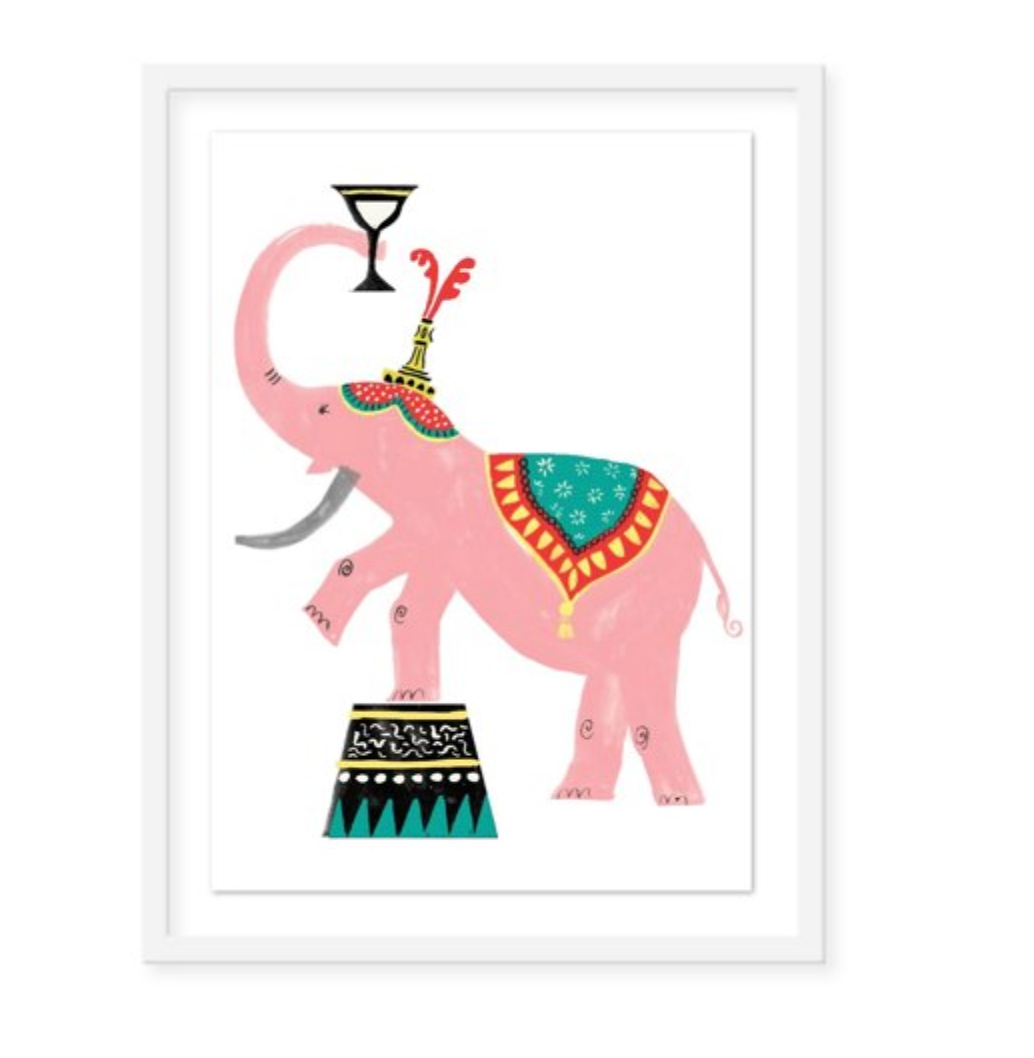 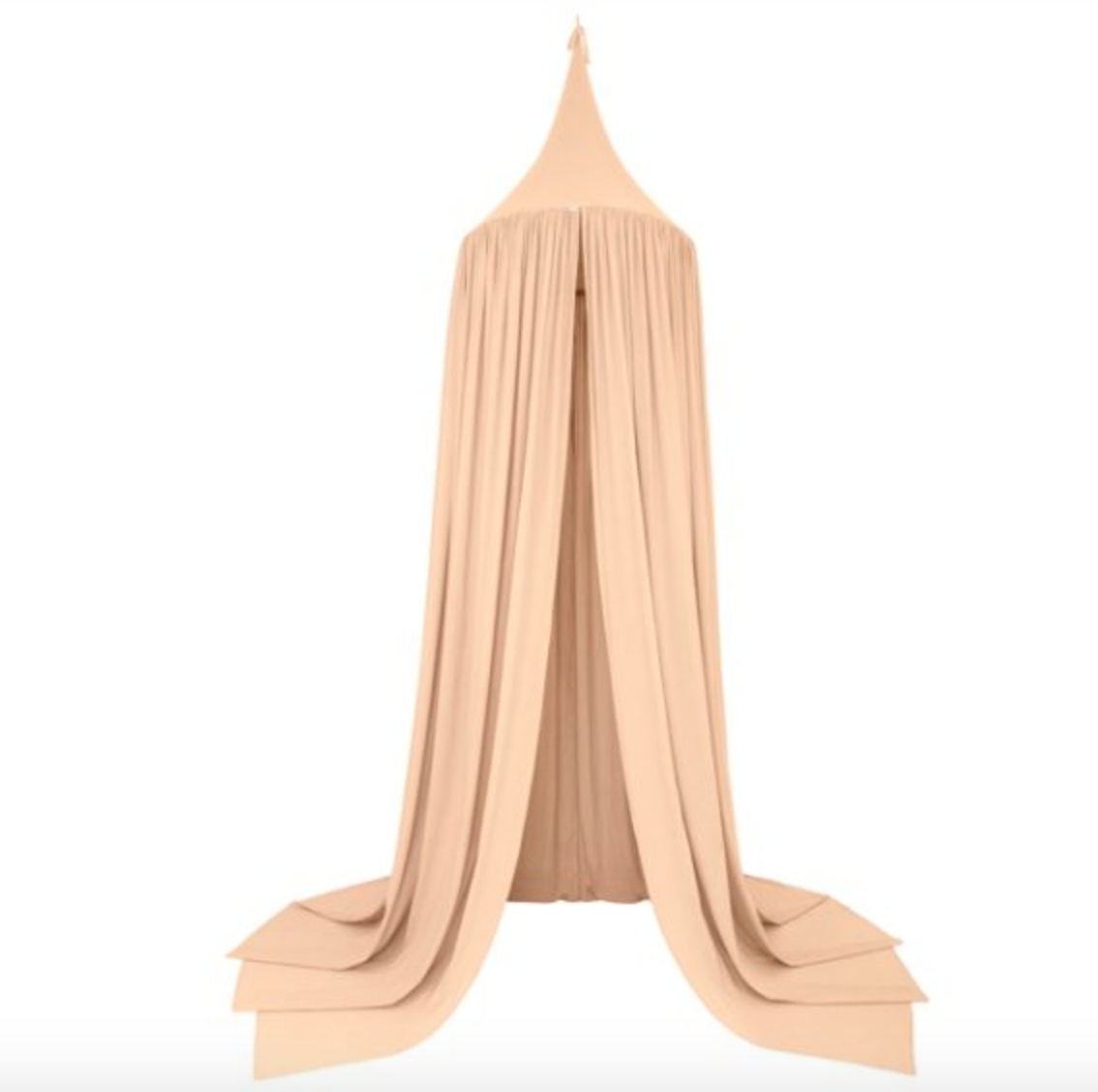 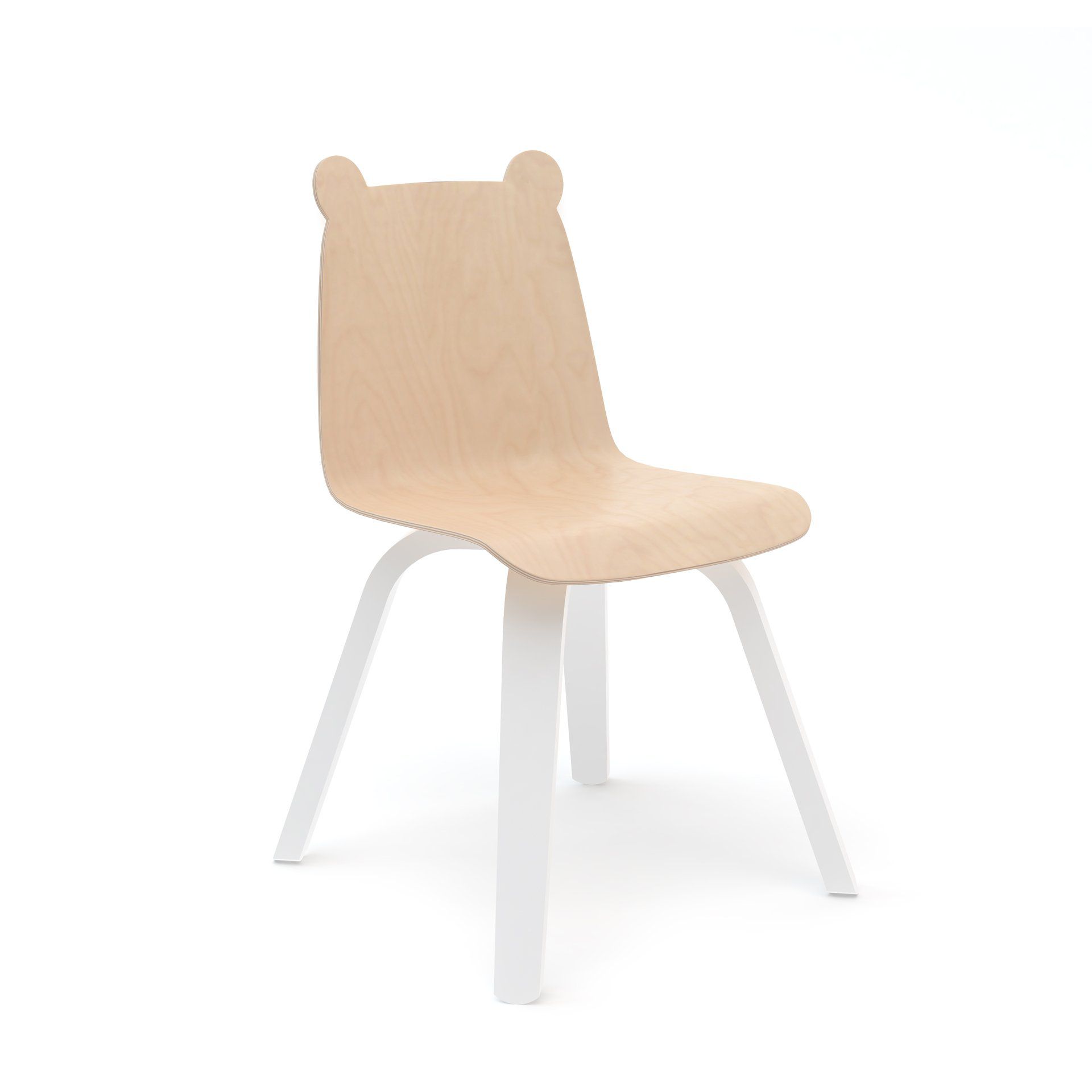 What’s your favorite baby name? Do you like the trend of choosing boy names for girls? Let us know below.