Is This Breathing Practice the Antidote to Stress and Anxiety?

Ask yourself this: When was the last time you spent an hour alone to reflect? When Michelle D’Avella, a breathwork teacher and self-care coach, posed this question to me as I sat cross-legged in a dark studio in New York, I honestly couldn’t come up with an answer. The sad reality is that for many women, myself included, time is a commodity to be maximized. After all, if you’re not listening to a podcast mid-commute or texting friends while you wait at a café, isn’t that time wasted? Before my first breathwork class, I had no memory of what it was like to spend an hour alone with nothing but my thoughts and emotions. But I was about to find out.

Breathwork is a meditation practice that uses simple breathing exercises to improve mental, physical, and spiritual health. “[It’s] an active meditation that moves stuck energy, limiting beliefs, and emotional blockages,” explains D’Avella, who says the practice has transformed the way she deals with stress and anxiety. She’s not alone. Nine people surrounded me on yoga mats, mostly women and many claiming they’d heard of D’Avella’s powerful classes through friends and colleagues who’d said it had changed their life.

As we went around the class and shared what we hoped to achieve during the one-hour session, there was a clear common thread: healing. “I’ve been searching for a partner and I’ve just met someone, but I’m worried that I’m holding back,” says a woman in her 30s, who had done the classes a few times. Another confided that she was in remission and hadn’t fully come to terms with emotional scars. As for me? I’d left behind my family and closest friends to move to the States and start a life in New York. Not once had I given myself a moment to reflect on how I was coping. I’ll be honest: I was terrified to pause my chaotic schedule and give myself permission to check in.

We lay on yoga mats, sprawled across the floor of a small, second-story yoga studio in Manhattan, as Michelle taught us the breathing technique that we'd use for the next hour. "The breath is two parts. First, into the low belly to stir up the gunk we’ve been holding on to, which is typically stored in the second chakra, and then into the heart which helps move it into the emotional body," she explains. It seems simple enough—breathe deeply into the lower part of your lungs, so that your belly rises, then move the breath into your upper lungs, until your chest inflates. Exhale, and repeat. For an hour.

As I stared up at the ceiling listening to the sound of the class steadily inhale and exhale, I wondered what on earth I was doing there. I breathe every day—scratch that—every second, I thought. Why do I need someone to teach me how to do it differently? A natural skeptic, I started to question everything about the class, refusing to even try to meditate, and instead, writing the words of this article in my mind. All I could focus on was the mounting emails in my inbox, and that this hour would be better spent at a desk a few short blocks away.

On paper, I might seem like the wrong type of person for a class like this—crystals and chakras aren't exactly my thing—but it turns out that I'm exactly the right candidate. "Breathwork is an incredible practice for stress release," explains Michelle. "If you spend a lot of time at your desk you’re probably spending a lot of time in your head. As a whole, our society values intellectualism," she says, explaining that this technique helps you reconnect with your body and heart, and release tension from staring at a screen all day. "Regardless of whether or not a person is open or guarded, everyone comes out of the session stunned by how profound it is." Okay, I thought, l'm here for the hour. I might as well try it.

Focusing on controlling my breath took effort but eventually calmed the incessant thoughts bouncing back and forth in my mind. About 15 minutes into the class, I started to notice a strange physical sensation. Lightheaded (likely from the oxygen I was inhaling), I felt my hands start to tingle, like energy was bubbling under the surface. It wasn’t uncomfortable, but it was a strange feeling. “As a person begins to breathe, their energy system begins to activate, and they’ll start to feel tingly sensations or like electricity moving through the body,” D’Avella explained to me after the class. “Over time the blockages in their system show up. Physically, the oxygen flow is releasing endorphins in the body, which can move through and release these blockages.”

When I gave into the absurdity of my surroundings and accepted the process, the tingling sensations intensified. I’ve struggled with meditation in the past, and this is the first time I actually felt like I’ve been able to achieve a serene state. It was blissful but temporary.

As a breathwork teacher, D’Avella makes it her job to guide the meditative journey and ensure that everyone in the room feels safe. She used essential oil and music to help direct the hour-long session and explains that the choice of song can have a strong impact on your emotional response. “I tend to use songs that are a little more upbeat in the beginning to help move through any resistance that might show up,” she says. “Then I choose songs that I feel connect more emotionally as the system begins to open, and we’re able to process and release what’s coming up.”

As soon as the music switched, halfway through the class, my experience completely shifted. My hands were sweating and clenched together in a fist. When I tried to unclench them, it was painful as the tingling intensified. My lips also tightened—the repetition of breathing made my face feel frozen and tense, a sensation that was seriously scary when it first took hold.

“It’s a phenomenon called Tetany,” said D’Avella. “It often points to fear in some area of life and typically seems to relate to holding back energetically. In the hands, it’s typically a sign that there’s an energetic blockage to giving and/or receiving love,” she explained. "In the mouth, it can be a sign that the person is holding themselves back from speaking their truth or expressing themselves in general.”

When I search for the medical explanation, it appears my clenched fists are caused by a lack of carbon dioxide. Translation: I was hyperventilating, and my body was responding by tightening my muscles. D'Avella notes this doesn't happen to everyone, and that hyperventilation shouldn't occur when the breathing technique is done properly. It was uncomfortable, and painful at times, but I’m surprised to admit that I can understand why people describe the sensation as an out-of-body experience. It was bizarre and painful but strangely liberating.

Here’s where it got weird. Towards the end of the session, the “emotional pull” that D’Avella described took hold. I started to notice tears falling down my cheeks, but I wasn’t sad. I was overwhelmed with gratitude for my boyfriend, who moved to New York with me, and the new life we’d created. It was a pure and strong emotion that I’d never felt before.

The music dulled; feeling slowly returned to my hands and mouth; and it was over. Had an hour really passed? I’d been so nervous about how I’d feel when left alone with my thoughts, but there was nothing scary about the experience. The revelation was amazing—I felt overwhelmed with happiness, and stress dissipated.

It was clear that the rest of the class had had a similar experience. People were visibly exhausted from an hour of labored breathing, but clearly more at ease. Everyone looked shocked at what had happened, myself included. I‘d walked into the studio ready to try a strange class for a good story and rose from the mat feeling relaxed, content, and energized.

Whether it was a medical or spiritual phenomenon doesn’t really concern me. That one-hour class spent lying next to strangers was one of the most liberating experiences I’ve ever had. Who knew something as simple as changing your breathing could have such a profound effect?

Interested to try breathwork for yourself? Try a virtual class or set the scene at home with these essentials: 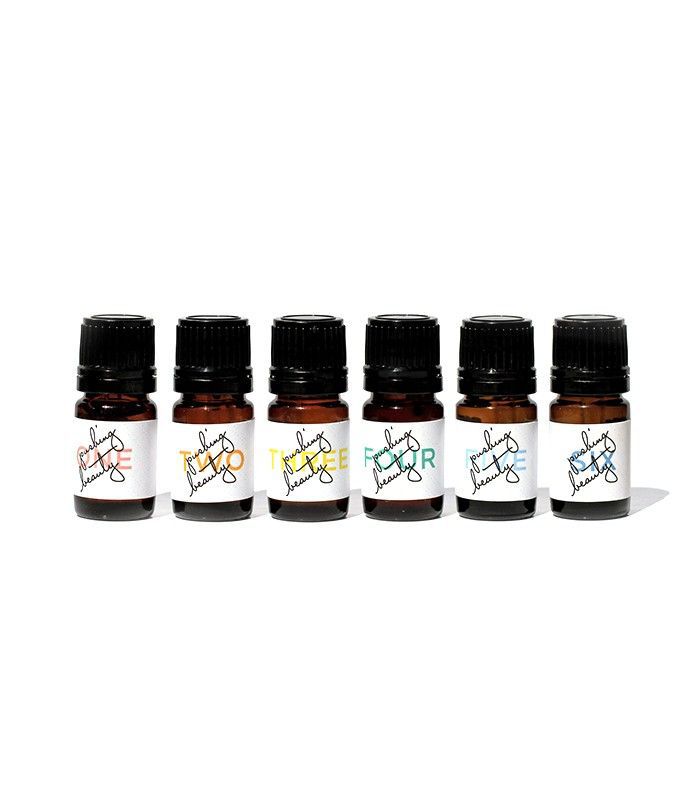 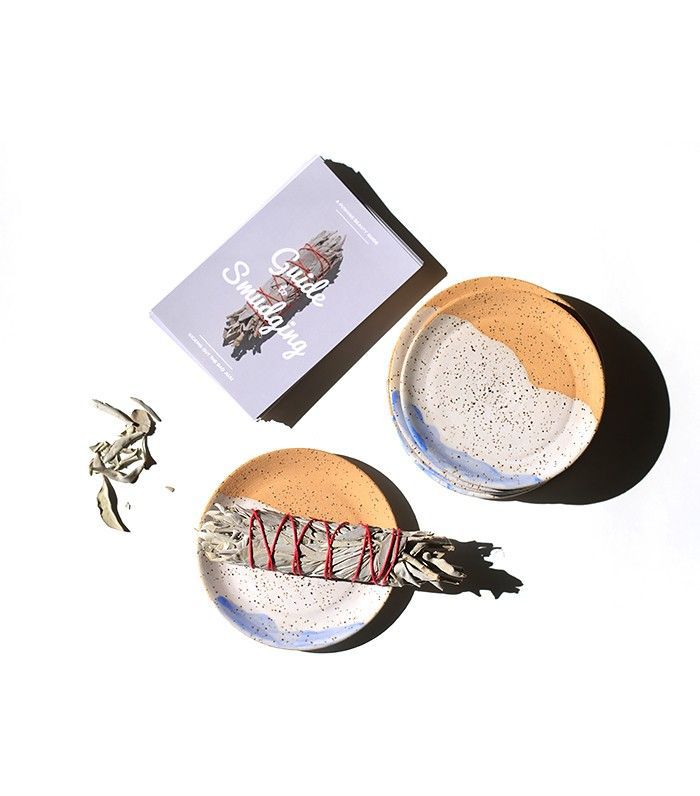 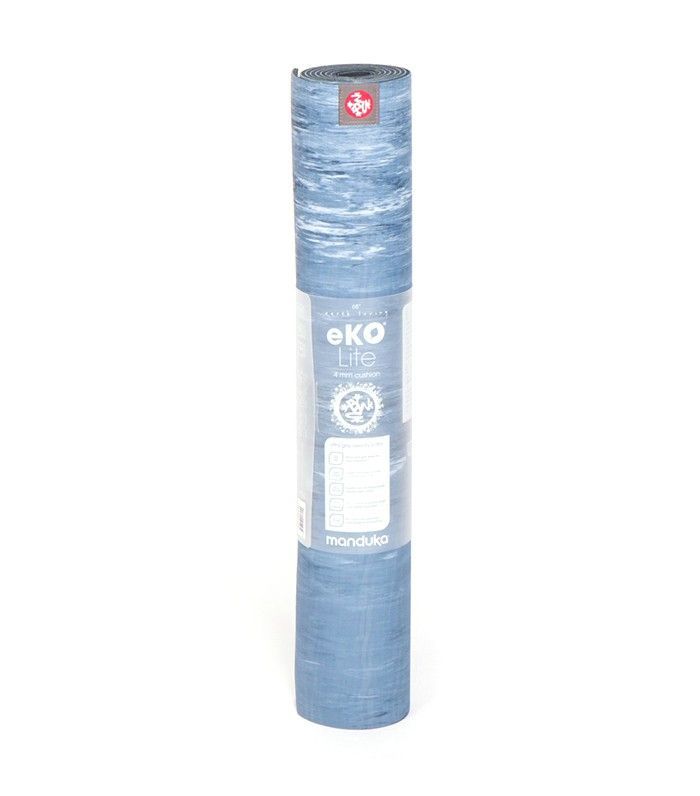