Design Cheat Sheet: Everything You Need to Know About Brutalist Design

Let this be your guide to the polarizing style

If you're like us, you've heard the term brutalism thrown around by design-minded style stars. Blame it on the widespread popularity of '70s-inspired fashion trends, historical films, and disco music. From architectural descriptions to individual pieces of furniture, materials, and color palettes, brutalist style seems to have earned a permanent spot on the décor trend list. But what exactly is it and how do you describe it? That's where things get a little more complicated.

Brutalism is an architectural style characterized by a deliberate plainness, crudity, and transparency that can often be interpreted as austere and menacing. It emerged in the mid-20th century and gained popularity in the late 1950s and 1960s.

Even if you are familiar, it can be hard to keep track of the difference between all of the major design periods and their contemporary influences. Read on for our quick primer on brutalist furniture and architecture to learn what makes it stand out (for better or worse) in a sea of other terms—like midcentury modern and art deco—so you can exchange cocktail party banter with the best of them, or inspire a home décor makeover. And if you're feeling inspired, shop the rough-around-the-edges pieces throughout this cheat sheet to brutalist design.

Popular in the 1960s and 1970s (though as early as the 1940s, according to T, The New York Times magazine), brutalism originated post–World War II when the design of low-cost housing and government buildings were composed of mainly raw, unrefined materials. Culturally and economically speaking, nations around the world—from Europe to South America—were looking to rebuild after the war. Steel was expensive to import at that time, so builders turned to affordable concrete. As such, brutalism's etymology comes from the French word meaning "of concrete," or béton brut.

As an artistic movement, brutalism formed as a response to early 20th-century modernism. "Where Modernism was poised and polite, often incorporating white plaster and walls that concealed the buildings’ internal logic, Brutalism evolved into something bold and confrontational, its heavy, rugged forms forged of inexpensive industrial materials that disguised nothing at all," explains T magazine.

Around the world, and at the height of its popularity, the architectural style took on numerous ideological interpretations. In Eastern Europe for example, brutalism became associated with socialism and authoritarian power, while in warmer, post-colonial climates like Brazil, India, Ghana, and Kenya, brutalism seemed to assert a new freedom. Architects and builders sought to project a sense of strength through their fortress-like designs, while also celebrating the imperfect appeal of handmade items.

By the 1970s, however, brutalism lost its edge and many of these monolithic, gravity-defying structures (such as Alison and Peter Smithson's Robin Hood Gardens housing project in East London, which was completed in 1972), were demolished. Concrete doesn't age well, writes My Modern Met, and just like its weathered aesthetic, the material took on a negative connotation of urban decay and economic failure. "The irony is that Brutalism was born out of utopian idealism. The style’s progenitors—Peter and Alison Smithson, Le Corbusier, Moshe Safdie—shared a commitment to social welfare through architecture," counters an article in Flux magazine.

A Renewed Appreciation for Brutalism

In more recent years, a new appreciation for brutalism has emerged, and design experts suggest that in today's digital world, brutalism's graphic, angular nature plays well with social media, which tends to favor striking visuals. More philosophically, these same experts speculate whether this new appreciation has also grown out of a desire for more permanence in this rapidly changing—if not chaotic—world.

Advocates for the preservation of brutalist architecture say that this often misunderstood style should be a reminder of a time when governments invested in civic spaces—public housing, libraries, city halls—that are lacking today. Brutalism then, as it is now, remains one of the most polarizing design movements in history, and it seems here to stay in some form or another.

Today, we're seeing brutalist furniture emerge through statement pieces that can blend into a variety of design styles. The look is most commonly manifested in lighting and wall sculptures, but you can find a variety of vintage and contemporary consoles, sideboards, and armoires that exhibit characteristics of brutalism. Cast concrete furniture is another raw yet sophisticated way to bring this look into your own space. "It is a diverse material which can be shaped and molded into intricate designs which is why it is so popular today," explains Helen White, product designer and founder of House Of.

Or, if not the material itself, the look and feel of concrete. "Today, elements of the design style are being brought into the home through color, furniture and accessories. Cool concrete grays tones are being balanced with warm brass and tan shades," says Ashley Banbury, senior color designer for HGTV HOME by Sherwin-Williams. "The look of concrete is sleek and modern but has this variation and imperfection in color that is widely appealing," adds Sue Kim, color marketing manager at Valspar. Bring it into your home in small or big ways, such as "with a concrete planter or a floor that will make a large impact in a beautiful shade for big and small concrete projects for you home," says Kim.

Whether you're out and about browsing the architectural features of your city, or roaming the home furnishings section of Target or Ikea, use these design characteristics below to help you identify and define brutalist style:

If you're wondering how to use it in a sentence, consider some of the thought-starters below:

By no means is this an exhaustive list, but start here:

Where to Buy Brutalist Furniture and Décor

You'll likely find Brutalist-centric pieces at modern design companies like Room & Board, AllModern, and Schoolhouse (for lighting and hardware). Do a deep internet dive, however, and you may find design boutiques that center their aesthetic around concrete and other raw materials, like Forma & Cemento, or online resellers like 1stDibs.

Incorporate the brutalist look in your home with these pieces: 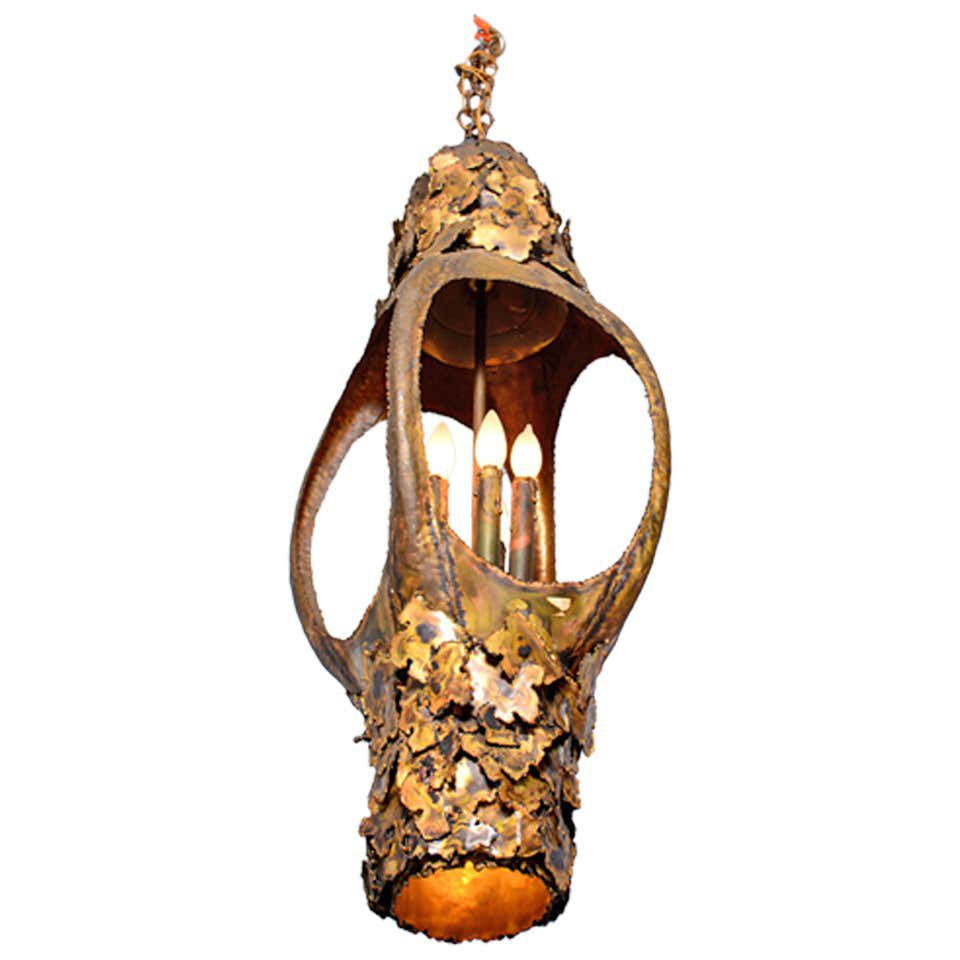 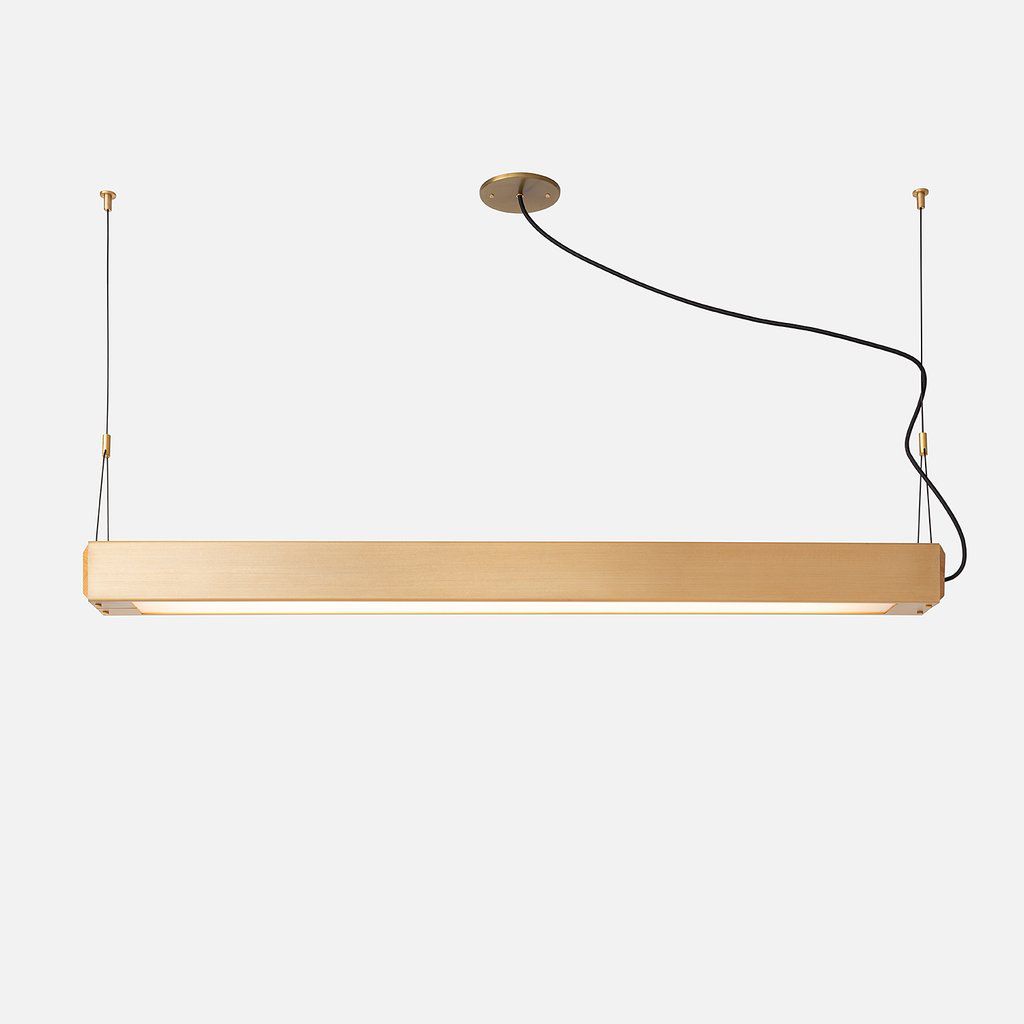 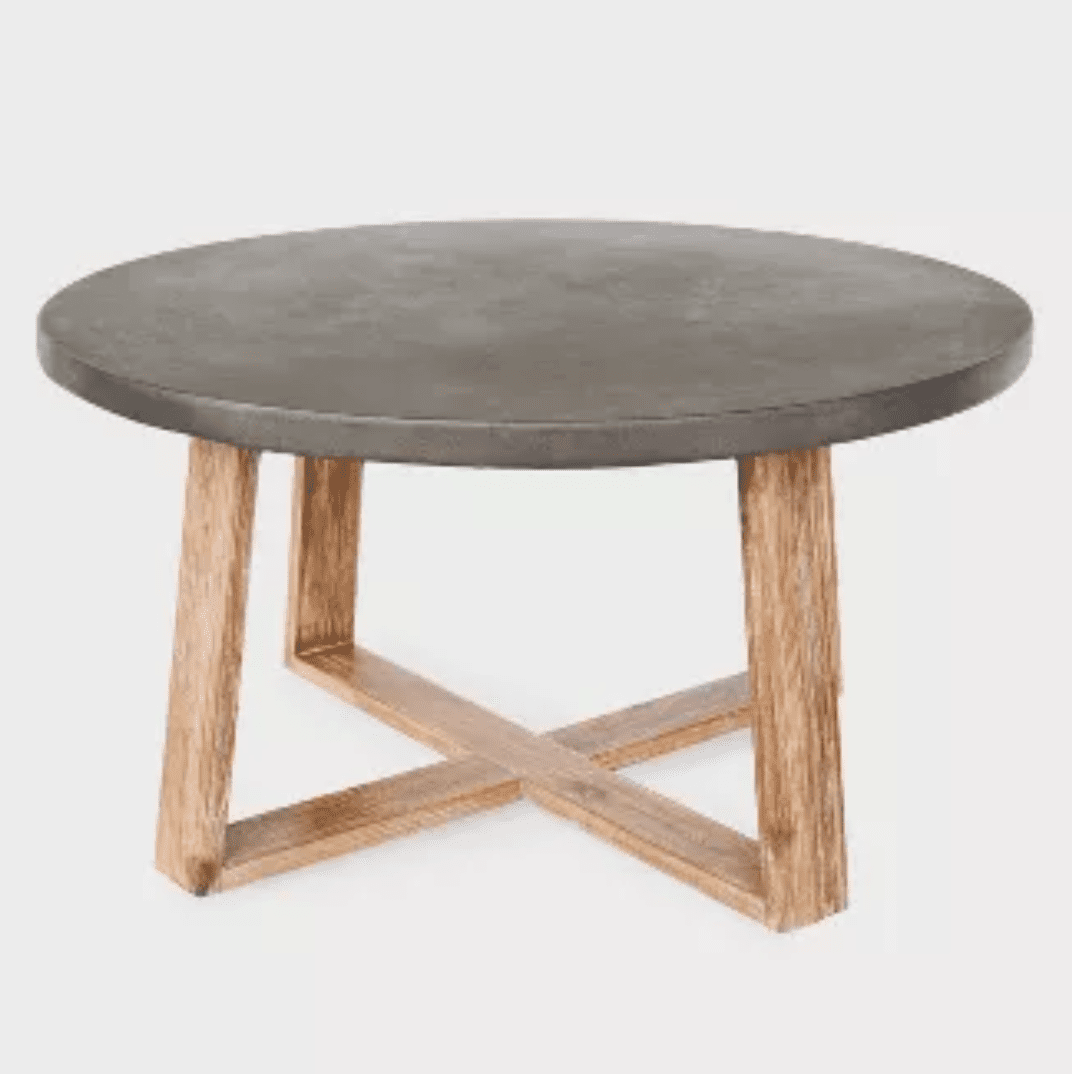 Leisure Made Concrete Round Table $599
Shop 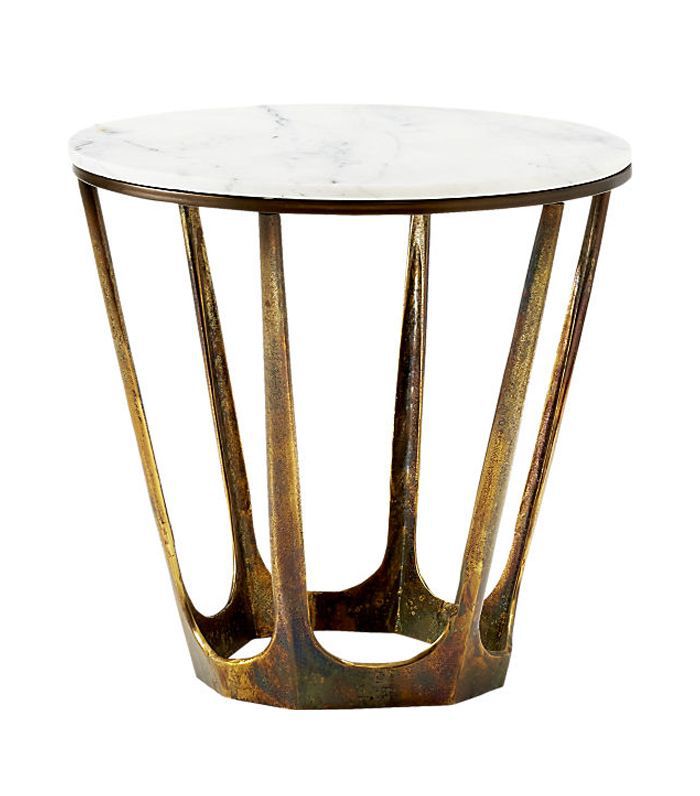 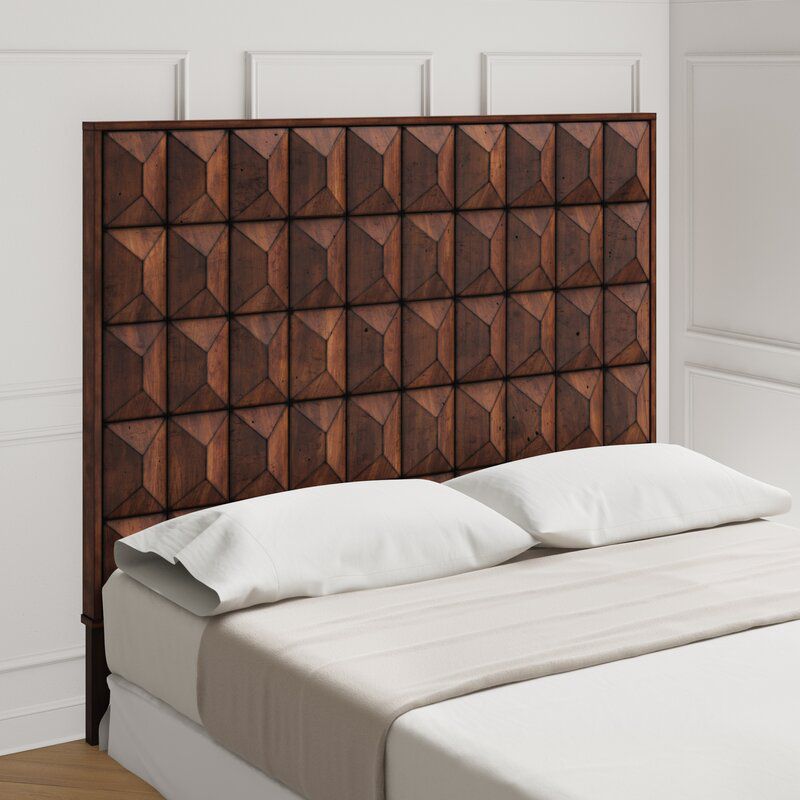 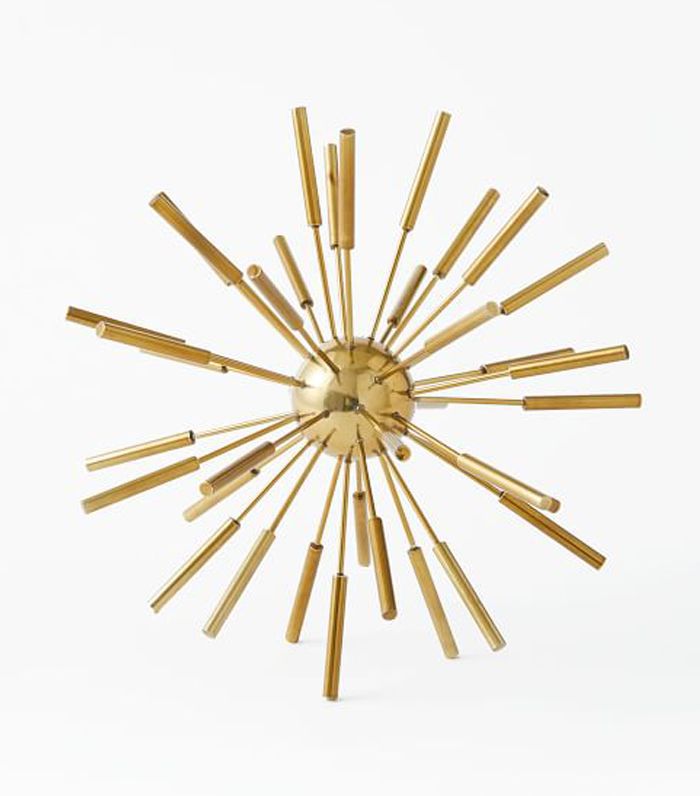