When Carly Chaikin isn't busy starring in the hit TV show Mr. Robot as Darlene, you can likely find her painting in her art studio. The actress has made a career for herself in film and television, but she also has a knack for another art form offscreen, which she devotes as much time to as possible when she's not filming.

"It's always been just something I've done—even before I started acting," Chaikin tells MyDomaine. Just before the opening night of her largest art exhibition to date, we caught up with the actress and artist to discuss how she found painting, the evolution of her artistic style, and the meaning behind her work. Titled "Noun," her exhibition is on display in Los Angeles until May 19. Take a tour of the gallery tucked away inside Rebecca Minkoff L.A. on Melrose Avenue and find out what her evocative paintings are all about.

Although she considers herself a self-taught artist, Chaikin began painting when she was middle school. "The art teacher at school put me in the high school painting class, and that was the first time I ever tried oil painting," she says. It wasn't until she was 17 that she began to take the practice seriously.

Now she frequents Brentwood Art Center for workshop painting classes and continues to learn new techniques and practices. "Recently I’ve been teaching myself a lot about color and color theory and different things like that, but it’s funny because there are such basic principles that I didn’t know or don’t know just because no one ever taught me."

Along with her instructors at Brentwood Art Center, Chaikin relies on books and artists she admires to continue teaching herself and growing as an artist. "Most of my painting has been just trial and error, which is great, but it can also be really frustrating," she says. "Color is one of the most insane, hardest things, and there are so many different theories."

Chaikin's latest exhibition, "Noun," speaks to her growth as an artist. "Dali has always been my favorite artist," she says. "My first two paintings I ever did were, you know, replicas of his painting, so I've always been very fascinated by him." In addition to Dali, Chaikin's early work was inspired by her own personal feelings, unlike her current exhibition, which she categorizes as realism.

"When I was younger and much more angsty and emotional—that was where I got a lot of my inspiration from," she explains. Back then, her art was much more abstract, acting as a release and allowing her to "[get] it out on the canvas." While some of her work from "Noun" has abstract elements, the focus is far more realistic. She displays paintings of everything from a banana peel to the figure of a woman. "I think now that I'm older and don't have that, you know, angst as much, I don't do as much abstract stuff as I used to. Now I just kind of work in the more realistic, realism world."

When it came time to create this collection, Chaikin realized that her whole body of work was actually connected by a single idea. "They were all people, places, and things, so I decided to call it 'Noun,'" she explains. After understanding her work in this way, she began to consider how words can inform interpretation. "I was thinking about different forms of speech and how that can dictate the way that you do look at something," she says. "I started thinking about if I showed you a painting and told you that it was a verb or told you that it was an adjective, it would completely change the way that you interpreted it and looked at it." Because of these ideas, Chaikin labeled each painting as one of eight different forms of speech. "I’m giving people the lens to look through but want them to interpret it in their own way."

Chaikin's work is a reflection of how she sees and interprets her surroundings. "I, most of the times, will think of something that I want to paint or that would be cool to do and that really inspires me," she says. Now, her unique perspective is on view at Rebecca Minkoff L.A., a collaboration made possible after Chaikin and Minkoff met while acting as guest judges for Project Runway years ago. They exchanged emails, created a friendship, and were happy to work with one another again. "We finally found the right spot and are doing [the art show] two years later," Chaikin says.

In addition to her art, Chaikin has been busy filming a new movie called Last Moment of Clarity and writing some of her own projects. One thing is certain, you can expect to see more from this creative as she continues to evolve as an actor, writer, and artist.

Stop by the art gallery at Rebecca Minkoff's West Hollywood location to see Chaikin's work in person or follow along with her Instagram dedicated to her artwork.

Start Your Own Art Collection: 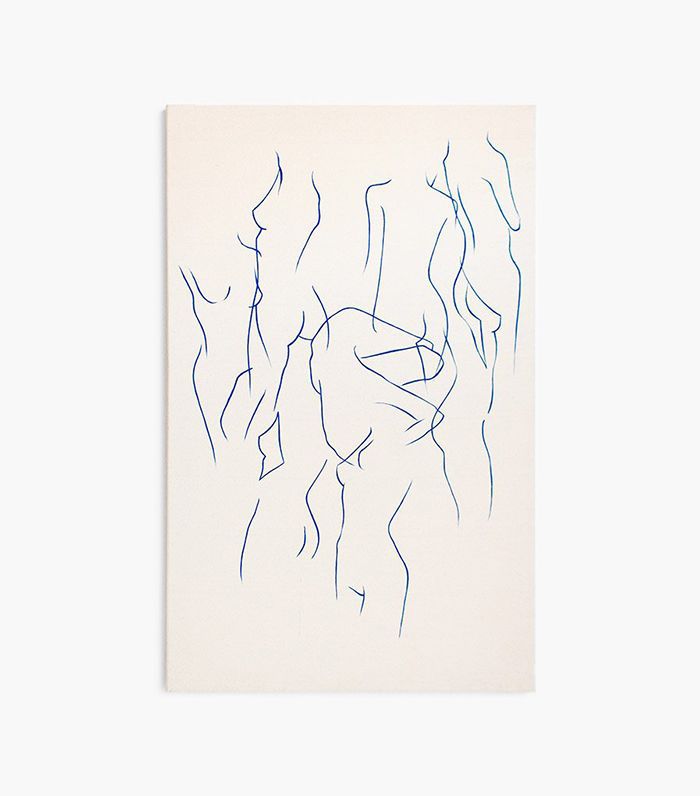 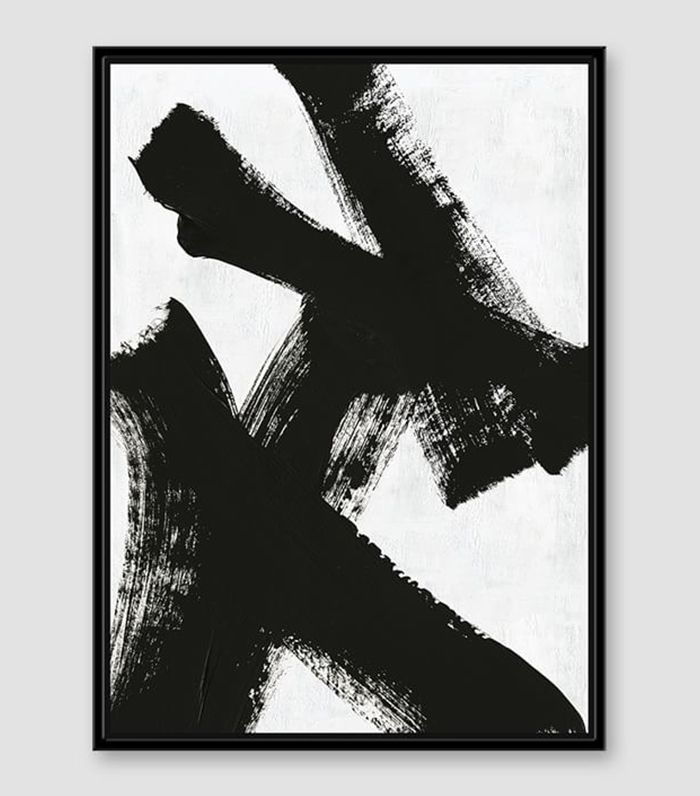 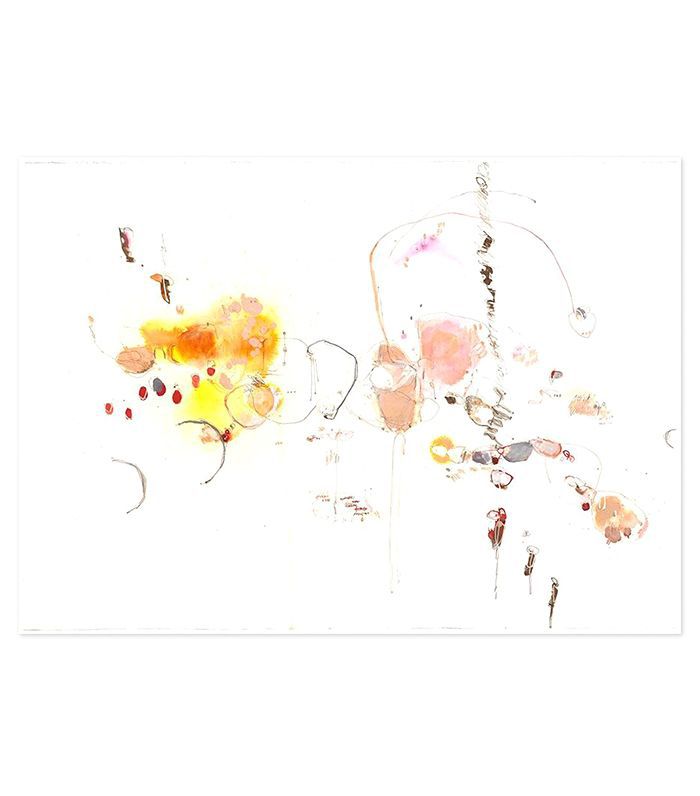