The 9 Coolest Online Concept Shops From Around the World

Retail stores have reacted to the surge of e-commerce in a magical way: the experience-based alternative lovingly known as the concept store. Unlike traditional brick-and-mortar stores, concept stores cultivate an experience that cannot be re-created online. Sure, you can go to Amazon for anything in the world, but can you stumble upon a one-of-a-kind artisan cutting board, a handmade tablecloth, or a rare fashion book as you fill your online shopping cart? Probably not.

We’ve rounded up a collection of stunning concept stores from around the world that not only embody impeccable design but, often, are also the result of altruistic intentions. Read on for some serious inspiration and wanderlust-inducing design products!

The Los Angeles design scene has been blossoming as of late, garnering worldwide attention. The New York Times has taken note of one particular visionary, Sean Knibb. Design-savvy Angelenos know the Jamaica-born designer as the man behind industrial-chic Line Hotel in Koreatown.

His latest endeavor, a retail space named Flowerboy Project, was inspired by his grandmother’s flower shop in Jamaica. But Knibb has extended the idea of a traditional grab-and-go flower shop to a grab-and-go concept store, offering a curated selection of coffee, gifts, wearables, and design trinkets. “In Paris and New York,” Knibb tells The New York Times, “random bodegas have killer flowers—you just take one and go. I wanted to have that same feeling, whether it’s coffee or pastry or an object.”

Knibb leaned on his friends Raan Parton (co-founder of the fair trade–focused menswear brand Apolis) and Lindsay Parton (of the Arts District boutique Alchemy Works) to help him curate an excellent collection of products. Raan Parton describes how Flowerboy reflects the ethos of its chosen neighborhood: “In some ways it’s indicative of the spirit of Venice—a patchwork of places and people, of high and low. That’s what’s kind of dynamic about L.A. right now.”

San Francisco is known for its tech-charged cultural and commercial renaissance. One of the byproducts of such change is a series of incredibly designed shops, such as the beautiful Samovar Tea Bar on Valencia Street. While the tea brewer has other locations in SF, this one boasts a sleek, contemporary vibe that celebrates the tea brewing process.

Design firm Arcanum Architecture used natural materials such as reclaimed wood, light stone, and concrete accents for a modern finish. We love the “tea brewing crucibles” stationed along the counter. The natural rainbow of tea creates a beautiful contrast between the white texture of the stone wall and ceramic cups that line its open shelves. 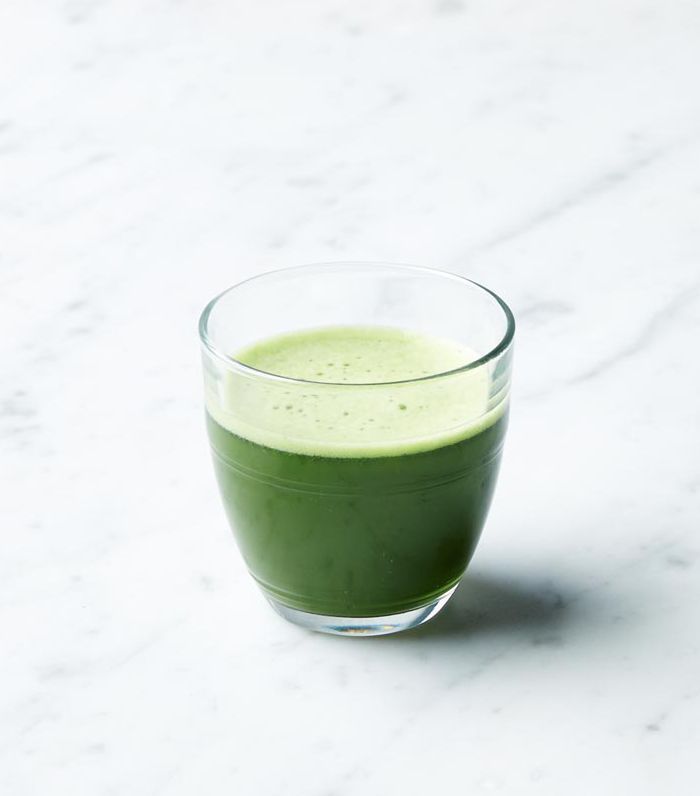 Story, one of our favorite Manhattan-based concept stores, now located in Macy's, “takes the point of view of a magazine, changes like a gallery and sells things like a store,” reads its site. That explanation translates into a newly designed store and curated collection of merchandise every four to eight weeks. Each time the retail space reinvents its look and product offering, it brings a new theme to life, hence the “story” of Story. One collaboration, for example, showcased products from Insta-famous artist and cosmetics exec Donald Robertson.

Robertson’s 2015 children’s book, Mitford at the Fashion Zoo, reimagined the fashion world’s elite as animal characters. Robertson credits his much-anticipated story to Rachel Shechtman, who he fondly refers to as “the merch yenta of Manhattan.” “She’ll literally take your book that you’re launching, your simple book, and within seconds, there is a massive product line sitting behind it in her store. It’s unbelievable,” Robertson tells Observer.

Shechtman is also the creator of the Story shopping concept. “I play matchmaker for emerging brands and partner them with high-profile talent like Donald. I’m like a dating service for brands,” she says. That dating service has produced exclusive product collaborations with brands like Warby Parker, Smashbox Cosmetics, and Swell, to name a few.

Spell & the Gypsy Collective began as a market stall pop-up featuring custom accessories by Elizabeth and Isabella Briedis. The sisters’ boho accessories were such a hit that they opened their retail store, Spell & the Gypsy Collective, in Byron Bay shortly thereafter. If you’re in Australia and a fan of anything fringe, velvet, lace, or animal print, you should definitely head over to the gem.

Condé Nast Traveler describes the boutique as “straight out of Woodstock,” and the turquoise and feather Native American influences are standouts. It seems that worldwide eclectic-accessories fanatics can’t get enough of the beautifully crafted designs either. @Spell has a rapidly growing Instagram following of over one million.

Another oldie but goodie is Vienna’s shop Song. A vanguard of fashion, art, and design, Song was founded by Korea-born Myung il Song in the late ’90s. Song’s collection of avant-garde products is a wonderful contradiction to the old-world luxury that defines Austria’s capital. This juxtaposition is echoed in the design of Song’s interior design. The stark concrete floors are juxtaposed with prewar industrial French furniture.

Small trinkets and design pieces are sprinkled throughout the space, adding a sense of warmth to the cool layout. Song carries labels such as Margiela, Céline, Dries Van Noten, Christopher Kane, and Carven, but it also features a men’s boutique, gallery space, and atelier where clothes are manufactured and artists can prepare their exhibitions.

Walking through LN-CC, aka Late Night Chameleon Cafe, is like being transported to a futuristic, spacecraft-inspired treehouse. Recently, the dynamic fashion retailer was bought and reinvigorated by Level Group, the Milan-based e-commerce specialist behind hit brands like Stuart Weitzman and Costume National. The 5000-square-foot retail space is located underneath a simple office block that houses the studios for J.W.Anderson and Christopher Kane.

However, what Business of Fashion deems “the privilege” of entering the jaw-dropping interior is bestowed upon only the lucky few who manage to book an appointment—a feat that proves more difficult than reserving a table at world-favorite restaurant Noma. If you make it inside, prepare to be amazed by the stellar interior architecture and epic product collection, curated by creative director John Skelton. There is also an in-house disco, a record store, and a rare bookstore. 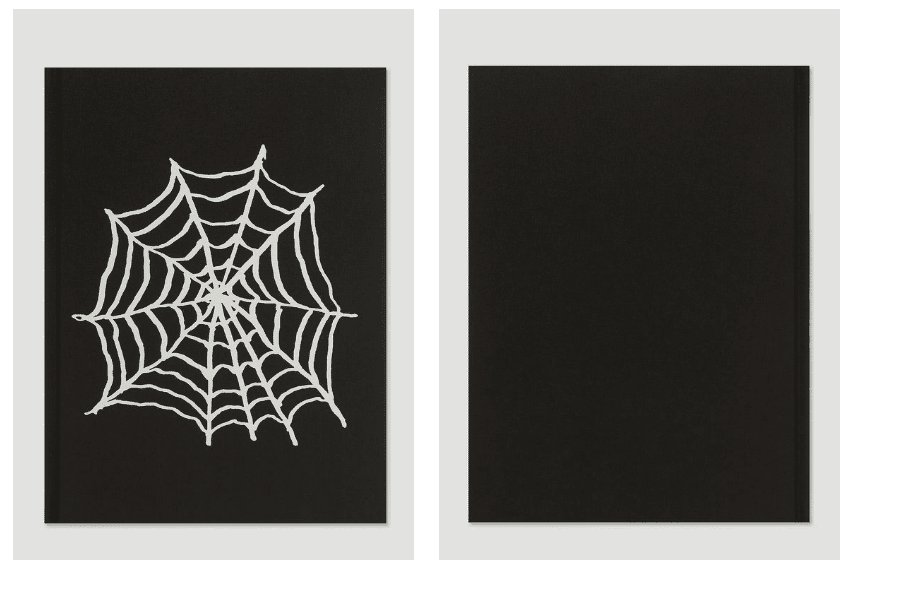 Visiting Danish interior design shop Hay House is not like many other interior design shopping experiences we’ve had. The colossal space is designed as an apartment, and rather than function as a family utility, the bright open space is home to a collection of home décor vignettes, each composed entirely of products for sale. The furniture is wonderfully straightforward and functional. Each piece epitomizes the elegant minimalism we love about Scandinavian design. A beautiful antique staircase, imported from London, stands out as the only non-modern feature in the space. 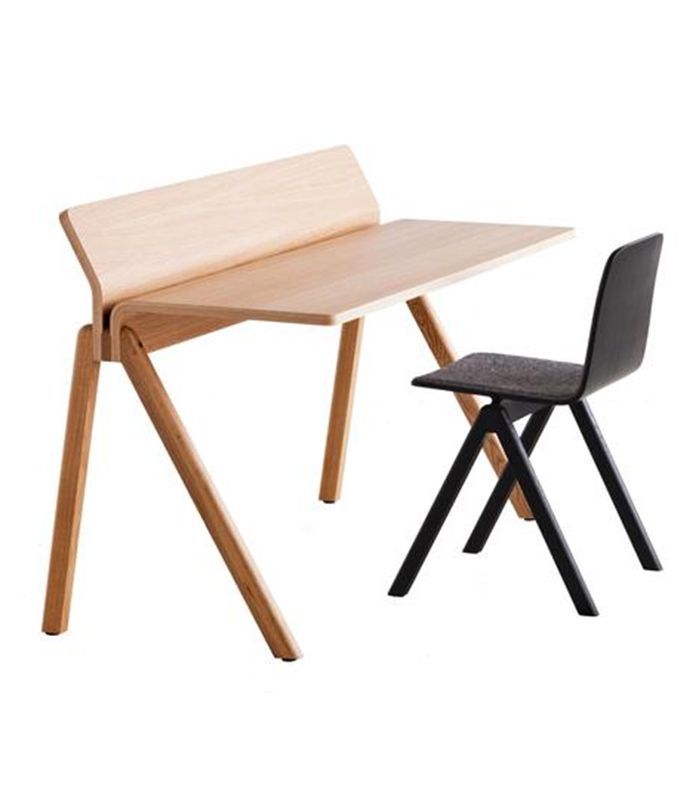 Commie il Faut is a wonderful collection and “extraordinary fashion resource” of local design talent created by 24 women in Tel Aviv and uniquely devoted to the modern woman’s needs. When asked to describe the Comme il Faut woman, designers told The Duane Wells that she is “an independent, self-aware, mature, confident woman. Someone who does not chase trends. A woman who understands quality and fashion and especially our timeless clothes.”

Each of the 20-plus boutiques offers classic designs in sizes and shapes built to flatter all kinds of body types, but fashion is not the only product on offer. Comme il Faut also features a spa boutique, accessories stores, a sex store, and a restaurant—everything the modern woman would want, all in one place!

There is no need to fly to Europe or beyond to find great design pieces. Deeyn Rhodes and Lonzo Jackson—partners in love and business—opened their Austin-based boutique, Nannie Inez, after years of working in the fashion industry, and it’s a design lover’s paradise. Rhodes and Jackson created a joyful enclave of whimsical pieces inspired by creative experiences in their lives, curating the shop’s collection of products with the utmost care and ensuring everything that crosses their store’s threshold is excellent. Everything from the store’s custom ceiling fixture to its eclectic mix of products is inspiring. 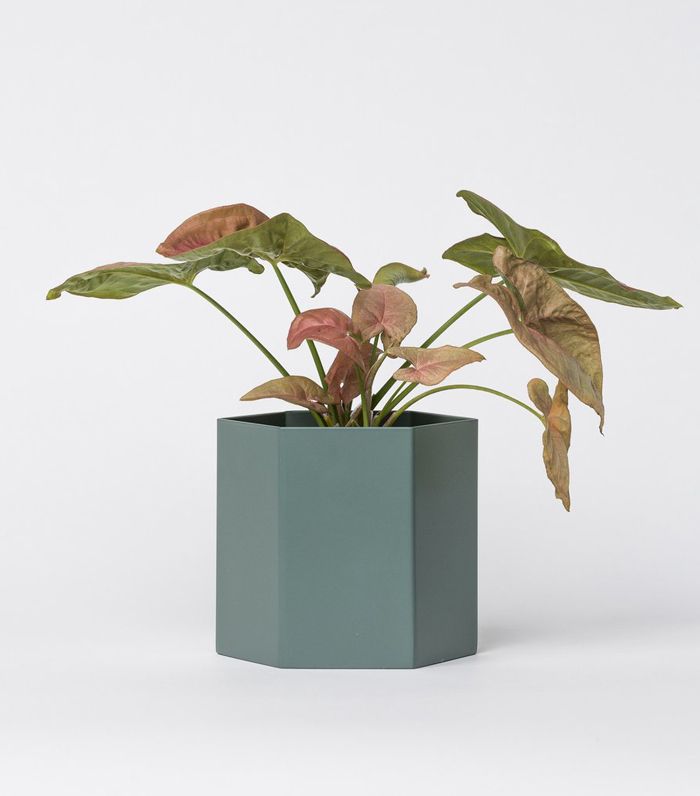 Next up: We found six Etsy stores to fuel your lighting obsession.