"Try Not to Judge Your Own Grieving Process": An Artist on Coping With Loss

"We are not idealized wild things. We are imperfect mortal beings, aware of that mortality even as we push it away, failed by our very complication, so wired that when we mourn our losses we also mourn, for better or for worse, ourselves," writes Joan Didion in The Year of Magical Thinking. It's one of the statements that struck model, artist, and creative agency Holland Studio co-founder Kate Parfet when she tragically and unexpectedly lost someone she loved. If you've read the book—or any of Didion's work, really—you know that she somehow articulates the inarticulable, blunt blow of losing a loved one and the self that gets misplaced along with them.

In frank, sincere language, Didion shows us how loss can destabilize and transform the things it leaves in its wake and that there really is no way to deal with it; there is no crux, no formula, no predictable path that promises healing and transcendence. So in response to her own grief, Parfet also wrote. Sometimes writing was "a necessity" and "the only way to get through the day," she tells us. She often wrote in the in-between times, like early mornings or late nights, and "it was almost like a sleep aid," she recalls. In these moments, she engaged in what Didion calls "magical thinking"—those thought patterns and headspaces that made her feel like she "could bring him back," Parfet explains. Eventually, this magical thinking turned into what is now Parfet's book of poetry, Mirror Domme.

When we asked her about the writing process and how it did or didn't help her through the early stages of grief, she explains that, in the beginning, writing "started as a resurrection," and by the end, when "you shut the book, it's the opposite. There's more of a finality to it." Read through our conversation with her below to learn how Parfet navigates loss and grief through artistic expression and get a glimpse inside her collection of lyrical, raw, and uninhibited poetry to find solace, connection, and more.

Tell us about the process of writing the book and how it was a form of art therapy.

I started writing without any foresight of an actual project or physical book. I had a lot of magical thinking around writing and rewriting the first few poems. That if I just wrote the right one, it could bring him back. Concentrating on that simple, albeit irrational, thought kept me going.

It wasn't until months later that I started ripping out poems from my notebook to line up on my bedroom floor as a sort of roadmap of my feelings. At no point did I put them in chronological order, as I intuitively felt it best to lead with those feelings and how they then as themes weaved through the present, recent, and distant past.

Did your relationship with your work and writing change at all at the various stages of making a book?

What was once necessity shifted to more weekly writing sessions. A strange thing happened after about six months: I was close to finishing the book, and it started sinking in that he wasn't coming back. It brought up some unexpected anxiety and perfectionism. It was around then I started sharing an early draft with close friends, two of whom became my publishers. They helped me develop a reasonable timeline to work from, including editing, binding, and printing.

You experimented with different forms and narrative devices throughout the piece. How does that lend itself to the themes?

Many of the poems read as short statements. Although short in length, they hold some of the more powerful central themes of connection, loss, and reconciliation of self. Others are more streams of consciousness where the sharp notes lie between the lines.

Aside from writing, how do you cope with grief now?

I have this playlist on my phone for when I slip into some tough feelings. It's an odd mix of artists and genres, but when I listen to in its entirety, often on shuffle, I come back to myself. It includes Talking Heads, early Stevie Wonder, Yasmine Hamdan…

Which artists do you find inspiration from?

Two of my favorite artists collaborated on the book. Gretchen Mattox wrote the forward, and Tali Lennox provided the illustrations. I recently read Karen Green's collection of poems on grief. They are heartbreakingly and sometimes hysterically flawless. Right now I'm reading Holly Prado's Esperanza: Poems for Orpheus. I discovered her in the Los Angeles poet's section of Skylight Books in Los Feliz.

Is there anything you wish you'd known in the early stages of grief that you know now? How would you comfort/talk to yourself in those moments of pain?

Try not to judge my own or anyone else's grieving process. Only now do I understand how natural it is to feel a need to rationalize or control when a loved one leaves us unexpectedly. Comparison, blame, and ownership ultimately don't hold any real value. Empathy and compassion do.

For more, shop Parfet's collection of poetry with visual art by Tali Lennox below. 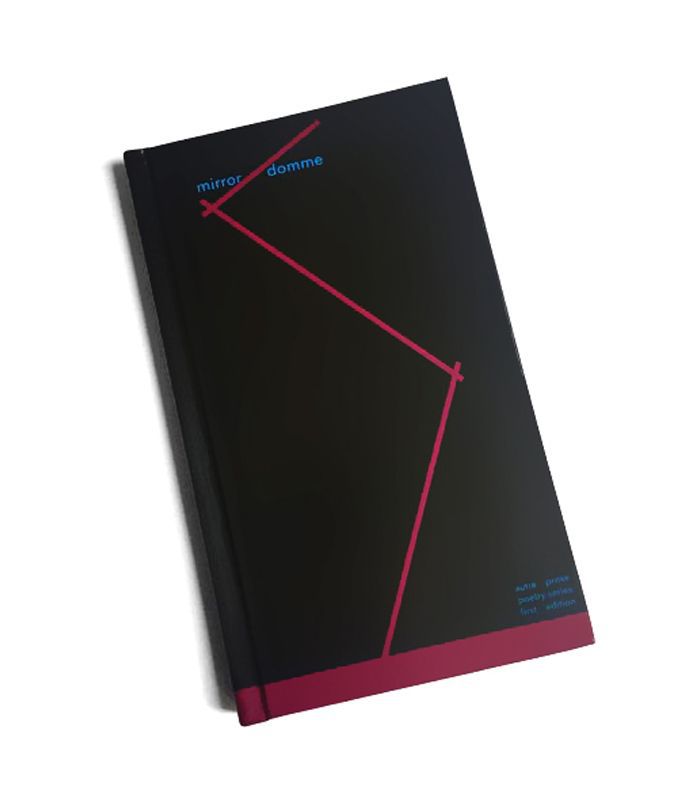