Crockpots are beloved for one reason, and one reason only: convenience. Throw a few ingredients in, let them slowly simmer, and in a few hours, you'll have a mouthwatering meal. Other than a microwave, that's about as easy as it gets in the kitchen. So it makes sense that potatoes are often used in crockpot recipes because they're just as easy to use. Let's focus on soups to prove our point.

Peeled or unpeeled, quartered or sliced, potatoes are a vegetable that can give soups the texture, richness, and weight it needs to be the type of hearty meal we expect from such a title. And when you pair that with a crockpot, then you have a match made in weeknight dinner heaven.

We collected 8 crockpot potato soup recipes to try, from a simple namesake rendition topped with bacon and cheese, to another made with Fuji apples and almond butter, to yet one more mixed with carrots and a bottle of pale ale. They may not all make potatoes the star of the dish, but they do prove how necessary this vegetable can be in creating a well-rounded soup. Read on for the recipes, and see how convenient crockpot potato soups can be.

Ali Martin at Gimme Some Oven starts things off with exact recipe you need for crockpot potato soup. In it, she combines Yukon gold potatoes with diced bacon, onion, and chicken stock, and then tosses in an evaporated milk mixture to make sure the soup is really thick. Greek yogurt and cheddar cheese are tossed in too, and then everything is mashed until smooth. Finally, Martin garnishes the soup with sour cream, green onions, cheddar cheese, and bacon for a truly indulgent finish. "I highly recommend using Yukon gold potatoes, which have the perfect texture and buttery taste for this soup," she says.

The bright orange color of this sweet potato soup from Food Faith Fitness is matched by a bold group of accompanying flavors: Fuji apples, almond butter, minced ginger, coconut milk, and maple syrup are just a few. Taylor Kiser combines it all in about 10 minutes, then lets everything cook for three hours. When it's ready, she garnishes the soup with almonds, cumin, cilantro, and spiralized apples. "Once the soup is cooked, transfer it to a large blender, along with the coconut milk and maple syrup," she notes. "Blend until smooth and creamy, adjusting the salt if necessary."

So maybe potatoes aren't the star ingredient of this recipe from The Modern Proper. But would you really want to eat a stew that lacks potatoes? Nope. Follow the lead of Natalie Mortimer and combine three large russet potatoes with seasoned chuck roast, minced celery, diced carrots, halved green beans, and a half bottle of red wine into a slow cooker, and then let it simmer for at least four hours. "Perfectly salty broth, fall-apart meat, al dente vegetables, saucy potatoes—I'm not sure which is my favorite aspect of a good beef stew, but when you put them all together there is no question why this dish has stood the test of time," Mortimer says.

Once again, this beef and Guinness pot pie soup from Melanie Makes proves that even in a supporting role, potatoes are still a vital part of this dish. Melanie Bauer throws beef stew, Guinness, celery, mushrooms, carrots, onion, and peas into a slow cooker with heaps of potatoes, and then cooks it all with plenty of herbs. Another standout aspect of this dish is her addition of puff-pastry croutons, which add a crunchy lightness to all that rich flavor. "This soup will definitely have everyone in your house making a beeline for the kitchen," Bauer says.

We return to Gimme Some Oven for yet another Irish-inspired soup, where the namesake corned beef and cabbage are combined with Yukon gold potatoes, celery, carrots, and onion. The surprise ingredient here is a bottle of pale ale, which is poured in with the chicken stock and seasonings for an unexpectedly comforting flavor. "After simmering in the crockpot all day, the beef was unbelievably tender, the cabbage was softened to the point that it nearly dissolved into the flavorful chicken broth, the carrots and potatoes and celery thickened the soup into a nice chunky stew, and oh, man—the entire thing was just a treat," Martin says.

Martin at Gimme Some Oven provides another example of a fun twist on a well-known dish with this turkey cheeseburger soup option, which pairs Yukon gold potatoes with group turkey, carrots, celery, garlic, onion, and a cauliflower wedge. Before the soup is complete, the cauliflower is removed from the mixture, transferred to a blender, and whipped up until smooth. "Pour the puree back into the soup and stir to combine," Martin notes, and then garnish a bowl with cheddar cheese.

Our last entry from Gimme Some Oven makes the case for a lighter, healthier serving that still involves hearty slices of Yukon gold potatoes. To make her vegetarian cabbage soup, Martin cuts up onion, garlic, carrots, celery, and cabbage, and adds it to spices that include red pepper flakes and cumin. After a few hours, spinach or kale can be stirred in for even more color and texture. "It's the ultimate clean-out-the-produce-drawer kind of soup, completely customizable with whatever leftover veggies you happen to have on hand," Martin says.

Baby red potatoes are used in this layered dish from Creme de la Crumb, and their color, softness, and flavor give this soup the depth and texture it needs to feel complete. Tiffany Azure also chose yellow corn, celery, bacon, carrots, and whole milk to accompany the eponymous chicken breasts, which are all mixed together with a handful of traditional seasonings. "Personally, I prefer larger pieces of chicken in the soup but shred to your own heart's content," she says.

Become a slow-cooker master with these tools: 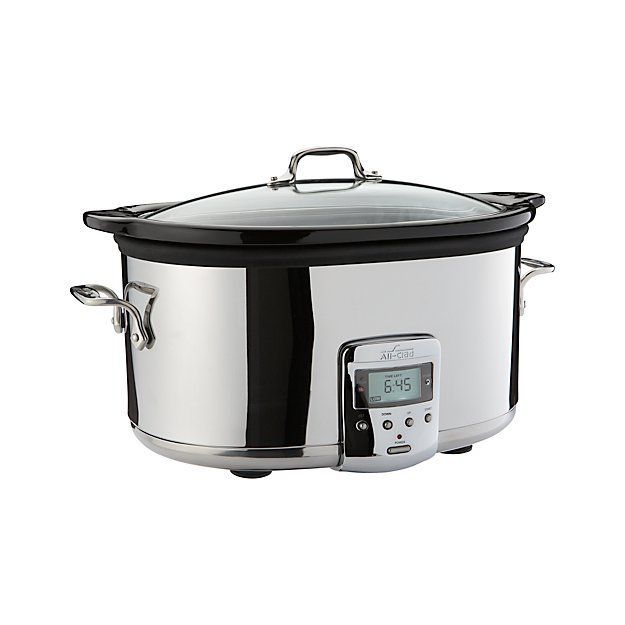 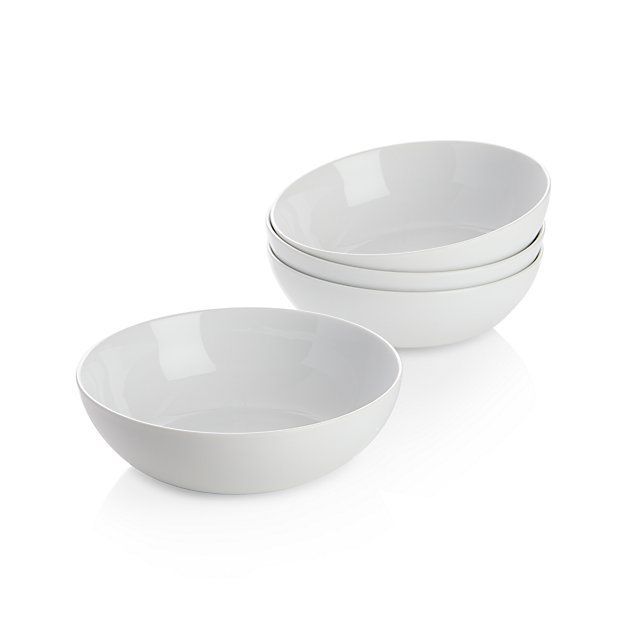 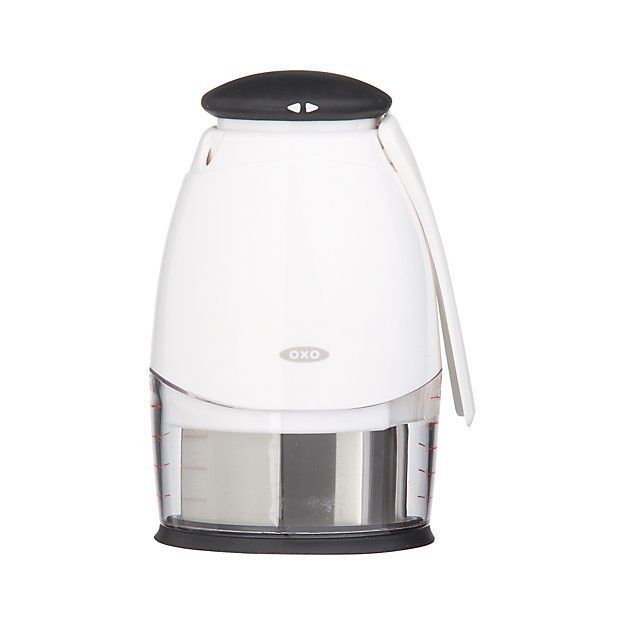