Winter can be a beautiful and heartwarming season, but it can also be long. Very, very long.That's why winter crockpot soups are so appealing. They tap into the snuggle-ready feeling in the air, help warm you up on all the cold and dreary nights, and best of all, they require very little effort to make.

We found 15 crockpot winter soups to try from now until spring so that your early sunsets can be met with delicious meals. From a Tuscan white bean and sausage soup with a parmesan topping to a classic chicken soup with an unexpected addition of farro—and other options that put a twist on classic dishes—these 15 recipes are sure to bring some added excitement to your winter nights.

The Hero Ingredient: The veggies. As versatile and delicious as a classic casserole dish of lasagna is, its predictability can be boring. Enter this inventive twist from Foodie Crush, which takes all of the flavors and comforts of lasagna and transforms them into a soup. "Most of the lasagna soup recipes I've seen are made with sausage or ground beef to replicate the classic Italian recipe," recipe creator Heidi Larsen says. "But because I'm trying to add more meatless meals to our dinner table, I took this slow cooker soup down the vegetable-only path." Larsen uses diced yellow onions, crushed tomatoes, sliced mushrooms, and herbs to flavor her dish, and finishes it with a ricotta cheese topping.

Pro Tip: "Once the cooking time is done, cook the lasagna noodles according to the package directions, drain, and add to the soup," Larsen says.

The Hero Ingredient: The meatballs. Larsen also uses a slow cooker to make this equally delicious Italian-inspired soup, which is filled with its dual namesake ingredients alongside diced butternut squash, celery, carrots, and kale. "The meatballs are simply made from Italian sausage that's rolled into mini meatballs," she says. "The fat in the sausage balls keeps them from needing a sear before cooking, as it acts as the glue holding the meat together." This time, parmesan is added to the top.

Pro Tip: Though Larsen used baby kale leaves in this recipe, she notes that curly kale or Swiss chard would be alternatives.

The Hero Ingredient: Corn. Chowder is a classic cold-weather soup, and Larsen puts yet another spin on her version by making corn a star ingredient. An almond and cashew milk blend acts as the base, and then bacon, yellow onion, potatoes, carrots, and celery are added, too. "Bay leaves, kosher salt, and one of the most underused herbs, dried marjoram, impart lots of flavor," she says. "It's one herb you'll want to add to your spice drawer."

Pro Tip: Avoid overcooking or boiling the soup. "Since slow cookers all cook at different temperatures, take note to watch your broth during the last half hour of cooking," Larsen says.

The Hero Ingredient: Ground turkey. Lean ground turkey, sweet potato, garlic, yellow onion, jalapeño, crushed tomatoes, and kidney beans are a few of the many ingredients that comprise this layered dish, making for a meal that gets better with every bite. "The real reason for making chili with the slow cooker method is simply for the flavors to meld, rather than for the ingredients to cook," she says.

Pro Tip: "Be sure to add enough liquid so your chili doesn't stick to the bottom of the cooker and begin to burn," Larsen notes. "I add quinoa to the chili for extra protein, but quinoa also thickens the sauce as it absorbs more of the liquid."

The Hero Ingredient: A Parmesan rind. Tieghan Gerard of Half Baked Harvest specifically made this recipe for cold winter months because its ingredients—quinoa, carrots, onion, kale, sage, and basil pesto, to name a few—work with the title foods to create a meal that's comforting and hearty. "I wanted to keep this soup mostly loaded with veggies, so to give the broth added flavor, I threw in a parmesan rind," she says. "I promise, this is the key to this recipe. The rind adds so much flavor without having to add in a million other ingredients."

Pro Tip: "Be sure to serve the soup topped with plenty of fresh shaved parmesan and a hunk of crusty bread," Gerard notes. "It's truly the only way to enjoy it."

The Hero Ingredient: The chicken. Winter colds are never fun, and if one hits this season, this recipe is a no-brainer. The traditional flavors of carrots, celery, and rosemary are mixed with parsnips, leeks, and dry farro, alongside bone-in chicken breasts or thighs for a rich and familiar taste. "Like most slow cooker recipes, you add all the ingredients to your slow cooker, forget about it, and come home to the best home cooked soup," Gerard says. "Add farro and you're done."

Pro Tip: Take special caution if you have leftovers or are making the soup for meal prep. "I recommend either removing the farro (you could also use pasta) from the soup before storing, or just cooking the noodles separately and adding them to your bowl before serving," Gerard adds.

The Hero Ingredient: The roasted mushrooms.This is the type of slow-cooker meal that is seriously warm and inviting. Gerard whips it up using wild rice, onion, carrots, heavy cream, and white wine, and then adds butter-roasted mushrooms to the top. "The crisp, roasted mushrooms are what complete the soup and give it that extra layer of flavor and texture," she notes.

Pro Tip:  "Mash the garlic with a fork, and then stir the mushrooms, mashed garlic, and any butter left into the soup," Gerard says.

The Hero Ingredient: Enchilada sauce. If you prefer for your soups to come with some added heat, then this recipe should be on your meal plan. It's made with enchilada sauce, jalapeños, garlic, cilantro, rice, and chicken breast, plus a loaded topping that includes tortilla chips and diced mangoes. "I've always made my tortilla soup with enchilada sauce," Gerard says. "I know it's not even close to traditional, but I feel like anything topped with tortilla chips, avocado, and cheese can be called tortilla soup, right?"

The Hero Ingredient: Coconut milk. Sometimes a dreary winter day needs nothing more than a little color, and this recipe from The Modern Proper delivers on a bold hue, and an even bolder flavor. Natalie Mortimer makes it with coconut milk, lentils, chicken stock, curry powder, kale, sweet potatoes, and grated ginger, and serves it with warm bread. "In this soup, the broth is rich enough to omit meat, but I've added sweet potatoes, kale, onions, loads of curry, garlic, and ginger for extra flavor," she says.

The Hero Ingredient: Ground beef. Save this recipe from Le Creme de la Crumb for a winter night when you're craving something decadent. Tiffany Azure re-creates the flavors of a cheeseburger in this soup—using ground beef, potatoes, heavy cream, garlic powder, carrots, and herbs—and tops it all with cheese, green onions, and bacon bits. "The ground beef, sharp cheddar cheese, and potatoes make this soup hearty, filling, and just the thing to warm you up as the weather cools off," she says.

The Hero Ingredient: Biscuit dough. Azure also reimagines the comfort of chicken pot pie with this recipe, which uses chicken breasts, potatoes, peas, corn, carrots, and biscuit dough in a soup of heavy cream and chicken broth. "If you've got veggie haters in your house, this is a great way to get them to love their peas, corn, and carrots," she adds.

Pro Tip: "About 30 minutes before serving, shred chicken with two forks and stir in heavy cream, salt, and pepper to taste," Azure notes.

The Hero Ingredient: The sausage. Melanie Bauer of Melanie Makes creates this colorful, complex recipe using the namesake ingredients and not much more. Chopped onion, minced garlic, diced tomatoes, and chicken stock are added to the mix and left to combine over three to six hours. "If you can brown sausage and then literally toss every other ingredient in your slow cooker, then you can consider dinner done," she says.

The Hero Ingredient: The lemon. This healthy and hearty soup combines veggies, rosemary, lentils, cayenne pepper, and lemon juice and zest for a tangy, spiced, warming winter soup. It's also one of the easiest soups you'll ever make, with only 15 minutes of prep!

Pro Tip: Bauer suggests no sautéing of vegetables in advance. Instead, let your slow-cooker do all the work.

The Hero Ingredient: Tortellini. Pasta always makes soup infinitely better, so if the creamy tomato base in this soup from Cooking Classy wasn't enough, throwing in some cheesy tortellini will make it that much more irresistible. This soup is the definition of comfort in a bowl.

Pro Tip: If you find it odd that the recipe adds in carrots, there's a reason for it. "You may be thinking that the three carrots seems odd, but it gives this soup some body, a light natural sweetness, and it offers such a vibrant color to this soup, so you don’t end up with something pale pink in the end," says recipe creator Jaclyn.

Serve Your Soup Using These Items 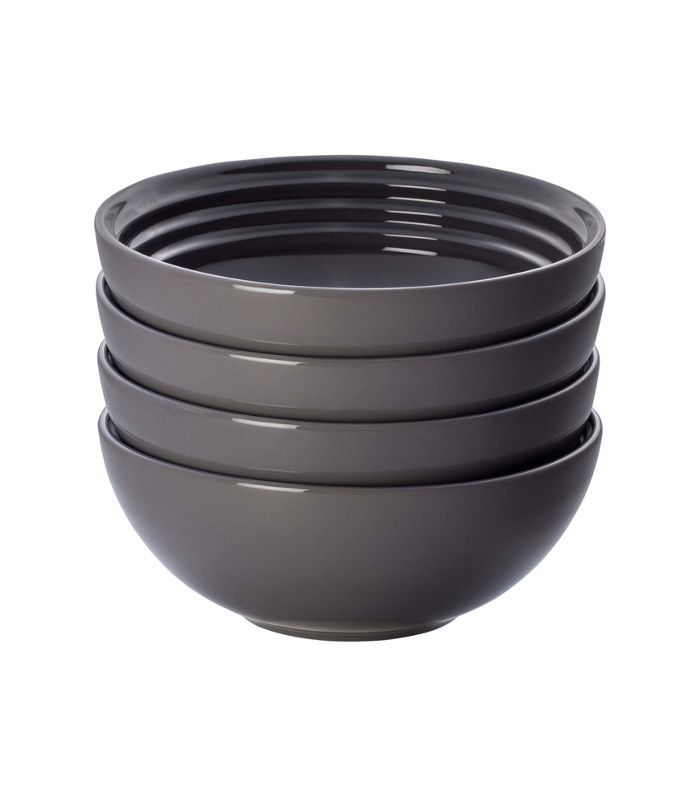 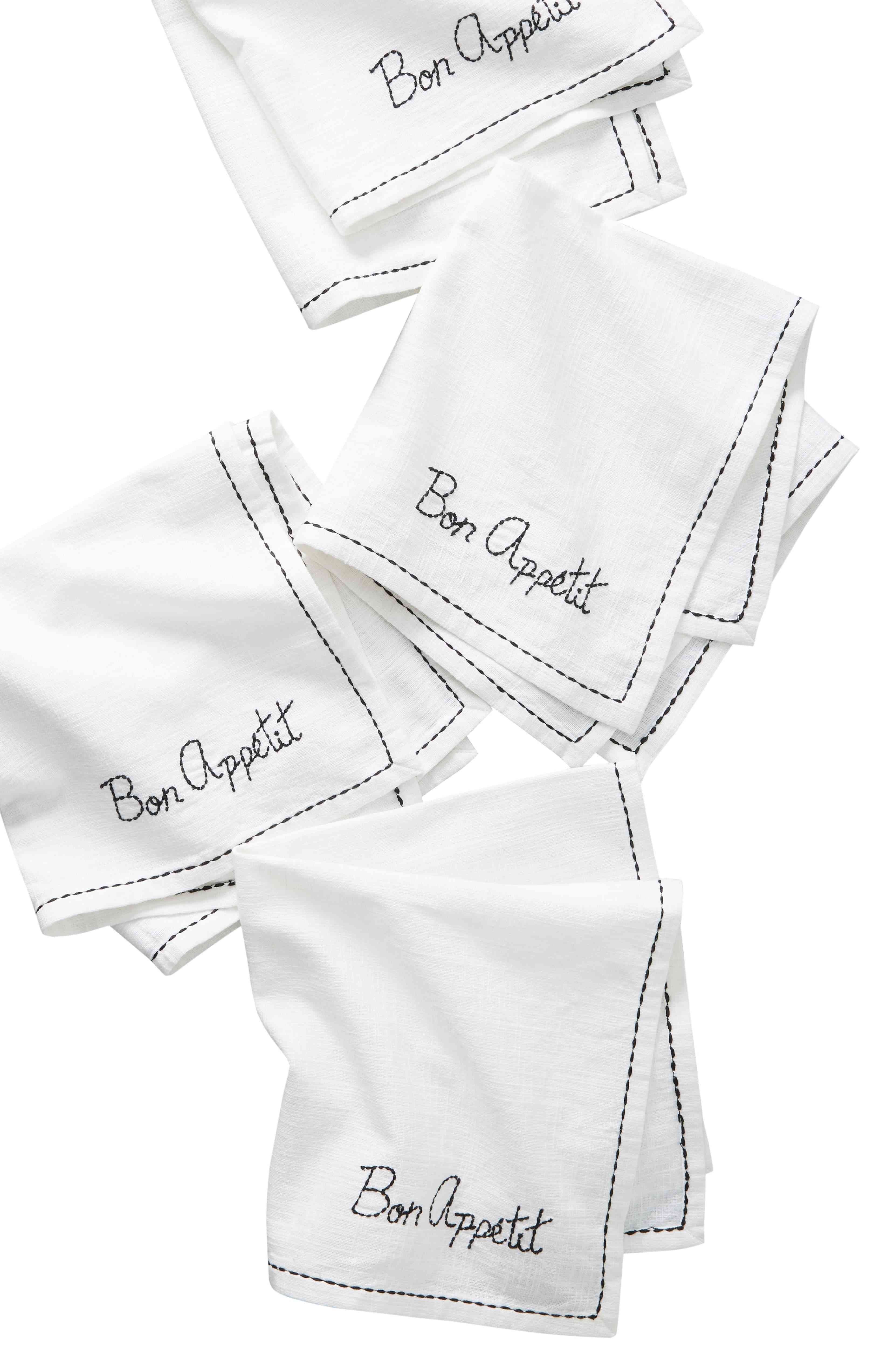 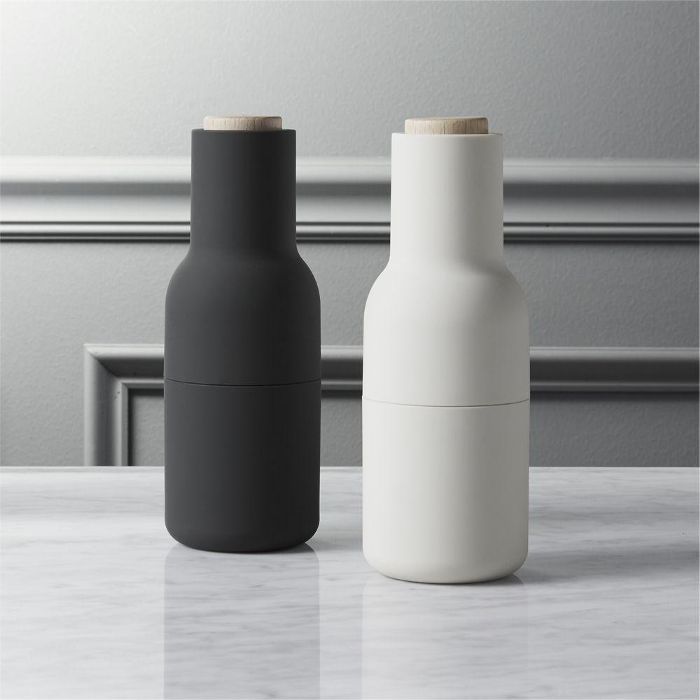