Have you ever tried online shopping for a particular décor style, only to realize you have no idea what it's called? We have on many occasions, and it's a frustrating experience. Enter deep-dive Google searches for things like "three-arm modern lamps" (triennale is the word we were looking for) and curved sectionals (serpentine, FYI) that often result in everything but the item you're actually searching for. Granted, as home décor editors, our searches are probably a little more obscure and usually involve one particular model of chair designed by one loosely known Italian designer between 1952 and 1953, but the feeling remains the same.

In fact, when we talk about décor, we sometimes go into lingo mode without realizing—just to look up and see the puzzled glance on our friends' faces. While every profession has its lingo—we wouldn't understand a word in a surgical ward—we shouldn't expect others to know what we mean by tufting or toile. So in an effort to make your online research a little more fruitful, we started a glossary of décor terms that you might not know, but that you've certainly seen or looked for in the past. Do you know what shagreen is made of? Do you even know what shagreen is? If not, take notes, and get ready to sound really smart next time you walk into West Elm.

"Tête-à-tête" is a French term that literally translates to "head-to-head," and it refers to a private conversation between two people (or even a romantic date). It's no surprise, then, that the name was given to a sofa that's designed to have two people facing each other, with backs on each side. 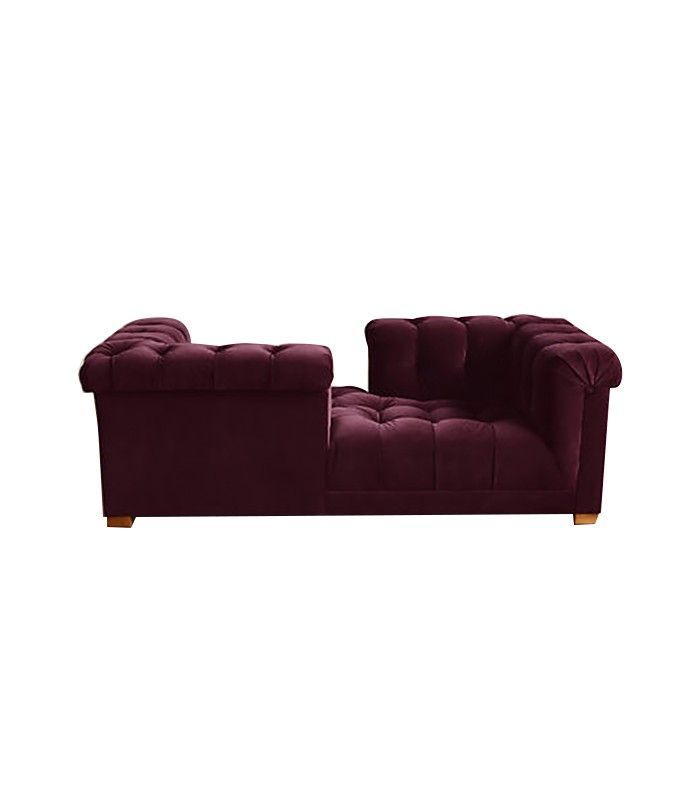 Shagreen is a type of rawhide characterized by a rough, granulated surface. Originally shagreen was made from the skin of mules and horses. Today real shagreen is made from the skins of sharks and rays—however, due to its rareness and popularity, most shagreen-covered products these days are synthetic. 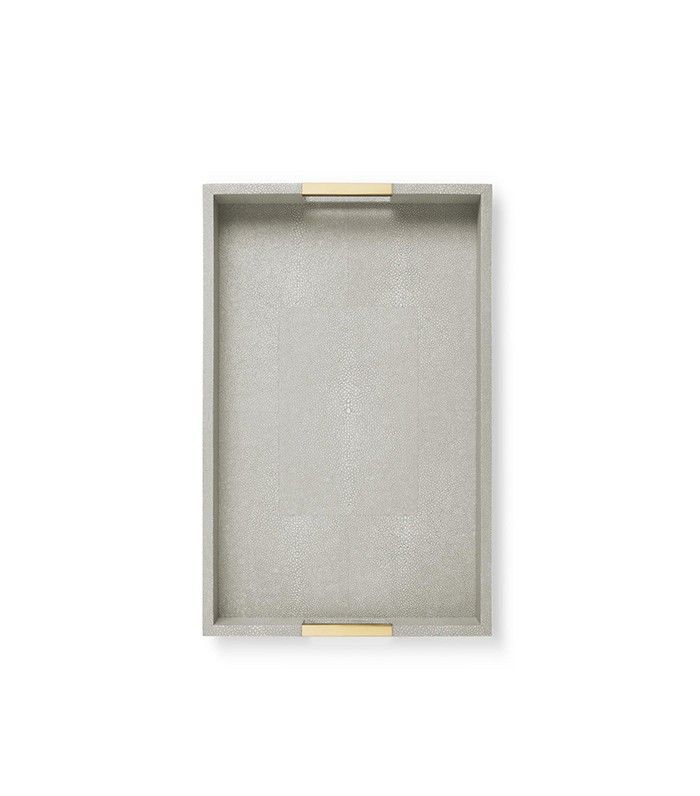 With the rise of boho décor, African mud cloth textiles have grown in popularity in recent years. Typically made in Mali, mud cloths—or bògòlanfini—are pieces of plain fabric woven together, sun-dried and then painted with special fermented mud. You won't have to worry about getting mud on these pillows! 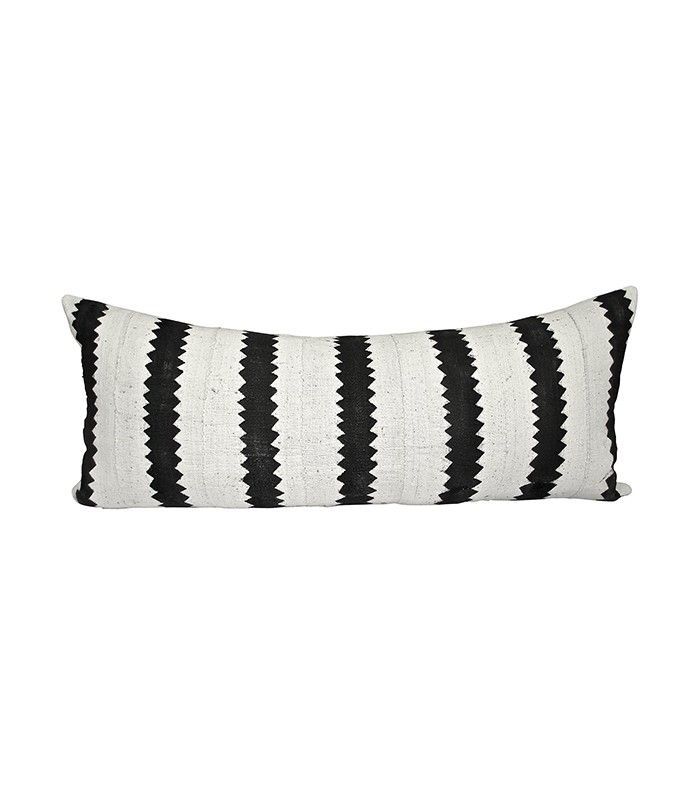 A wingback chair is an upholstered high-back chair with angled panels that curve inward and join the armrests. If you want to get even more technical, there are different types of wings—such as batwings and butterfly wings—in more traditional styles, or search for "modern wingback" and you'll fall into midcentury-modern territory. 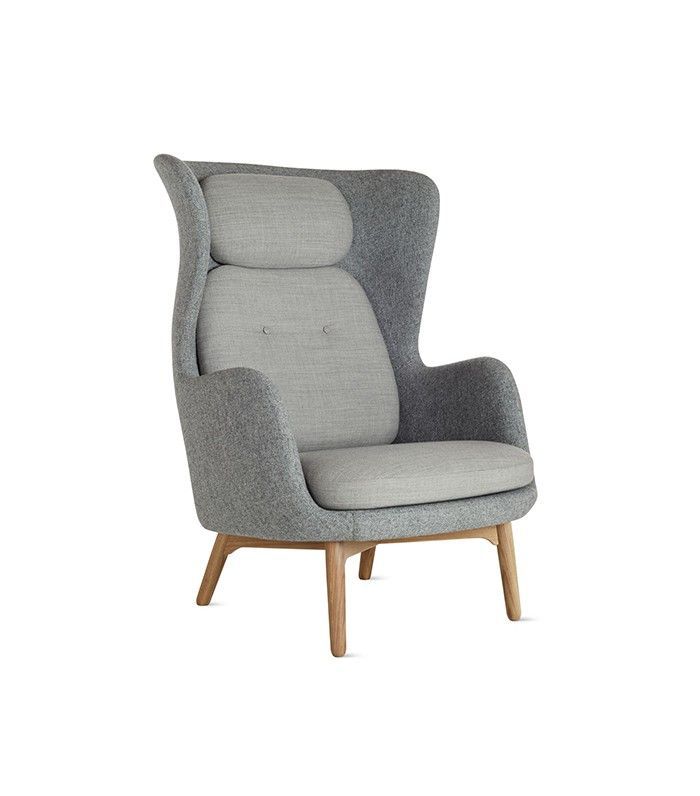 The meaning of grasscloth is actually quite literal: a fine cloth resembling linen that is woven from grass or vegetable fibers. The look is a textured material that's most often used as wallpaper or to re-cover furniture and give it an organic—sometimes beachy—look. It can be dyed in many colors and even patterns, as is shown on the Eskayel wallpaper below. 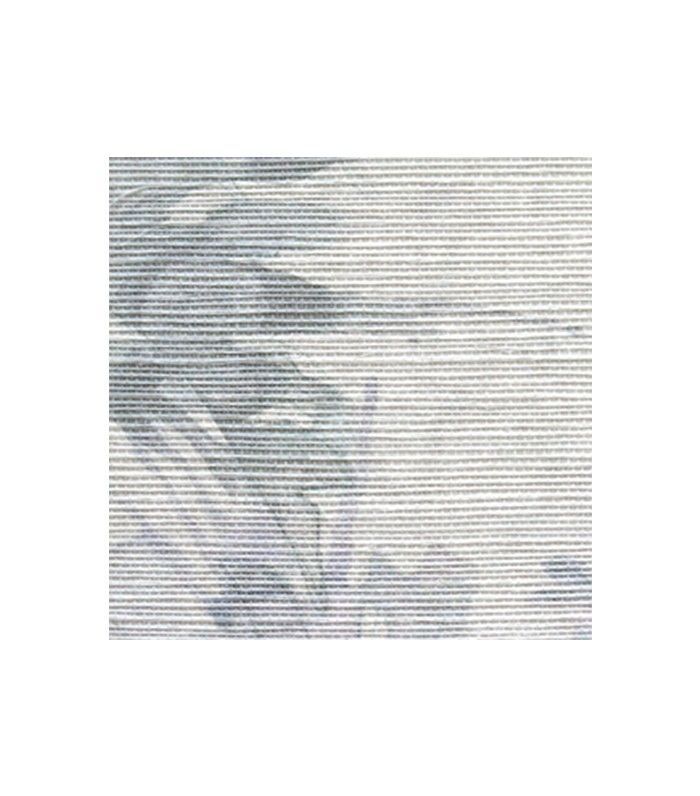 The klismos chair originates from ancient Greece and is often found painted on pottery from the mid-fifth century, but it is still a widely used style today. The tapered legs curve outward while the back is typically rounded, offering stability and support. Talk about timeless design! 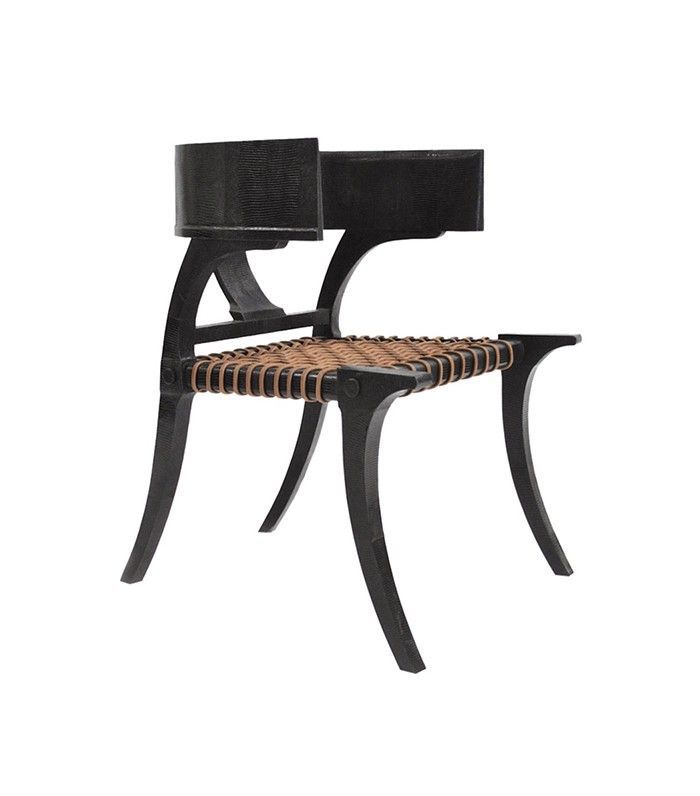 A kilim is a popular type of Turkish rug that is flatwoven and often depicts geometric patterns or stripes. Because of the traditional hand-looming techniques, rugs often have a unique organic quality to them, giving each one a unique look. 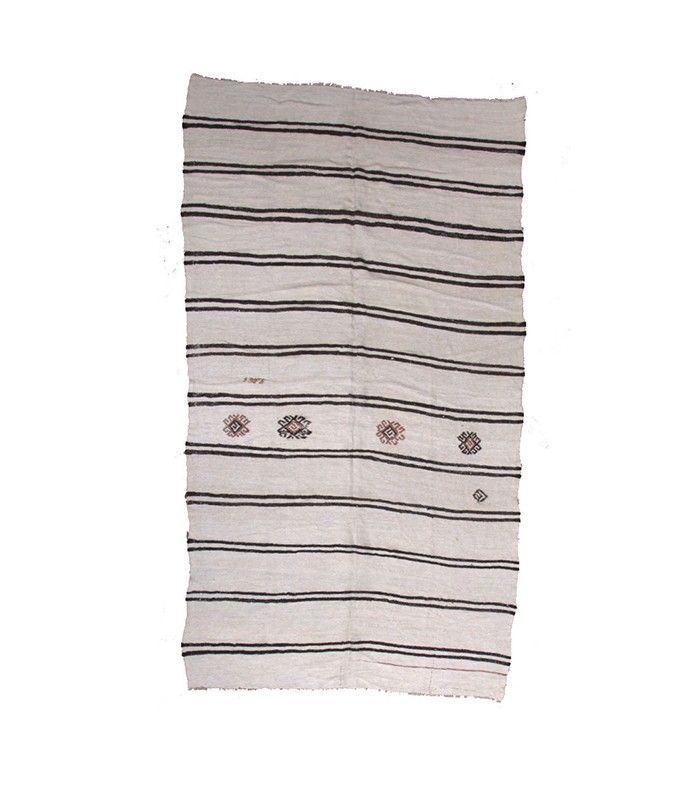 Often referred to as beads, nailheads denote the metal nail detailing that's often tacked on upholstered pieces or even dressers. The look is achieved by hammering metallic nailheads into furniture, either individually or using strips of trim. 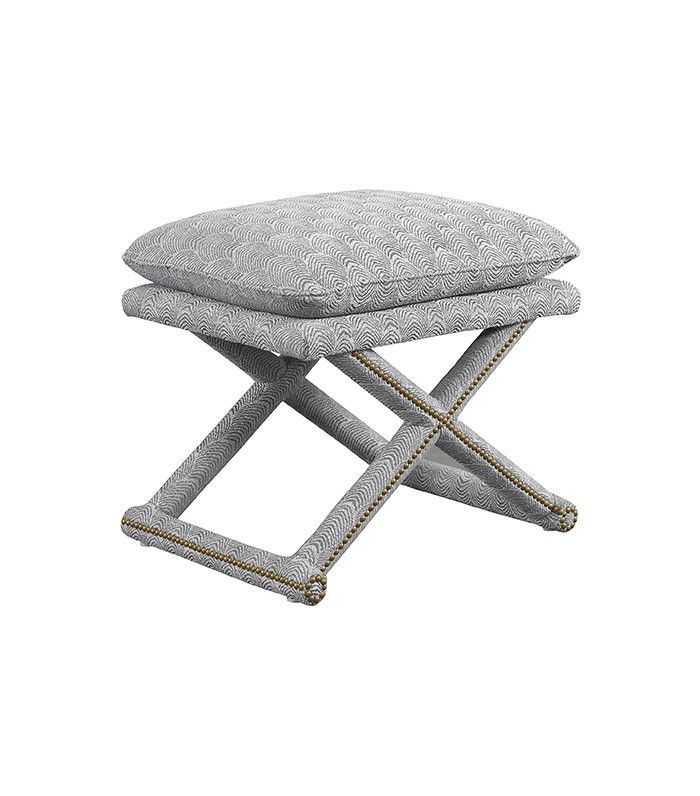 A settee is like a cross between a bench and a sofa. It's smaller and narrower than a love seat but bigger than a conventional bench. They traditionally seat two and have a back and arms. They're often used in an entrance hall. 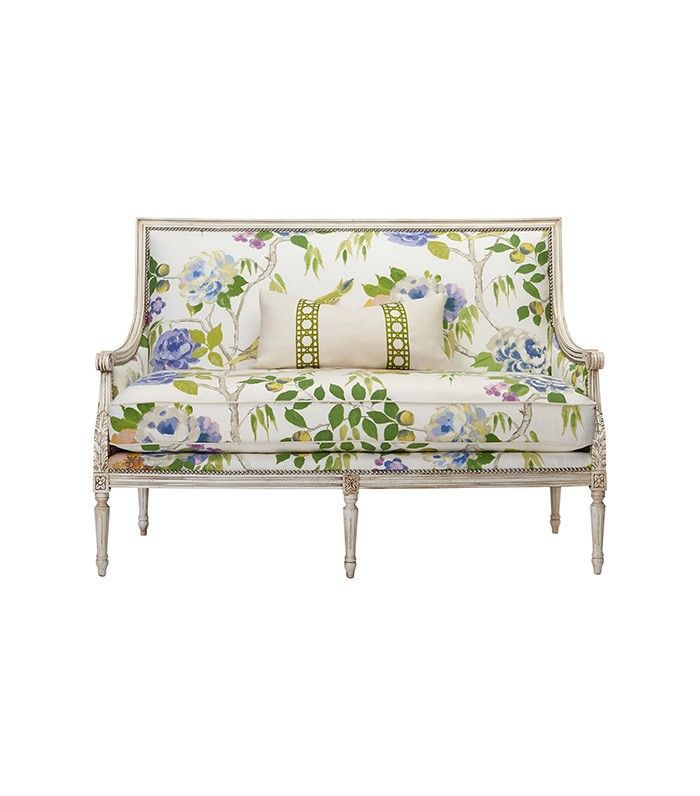 Tufting is colloquially referred to as buttons outside the décor world, and it refers to the detailing that is made by passing a thread (or button) through an upholstered piece to give it a cushy appearance. The most widely known tufted style is a Chesterfield sofa—however, it's also often found on upholstered headboards, chairs, and ottomans. 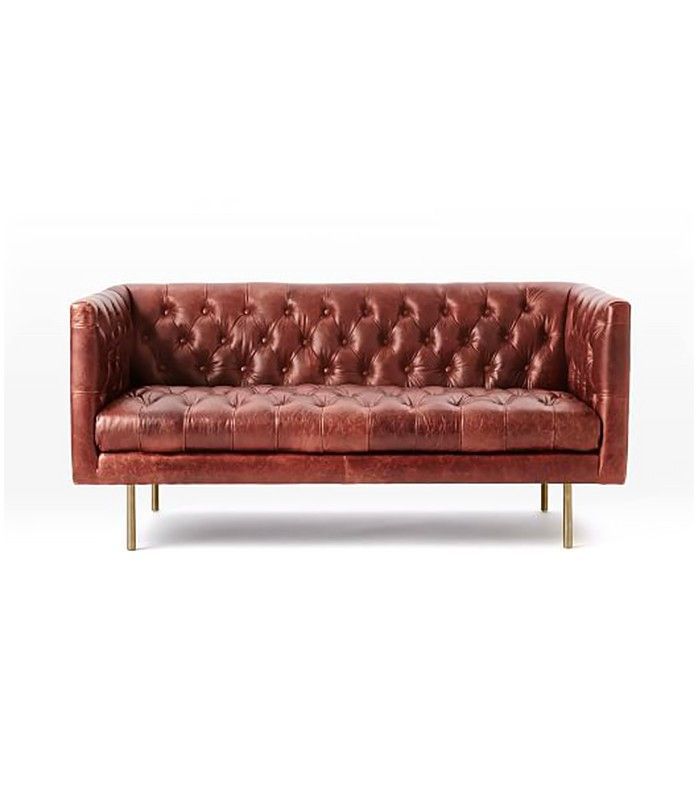 Just like icing on a cake, piping refers to the ornamental trim that lines a sofa, pillow, or chair—or in this case, even napkins! While it was traditionally used on more classic décors, we're now seeing used in fresh, modern ways (e.g., bright neon colors) or on minimalistic sofas as an elevated detail. 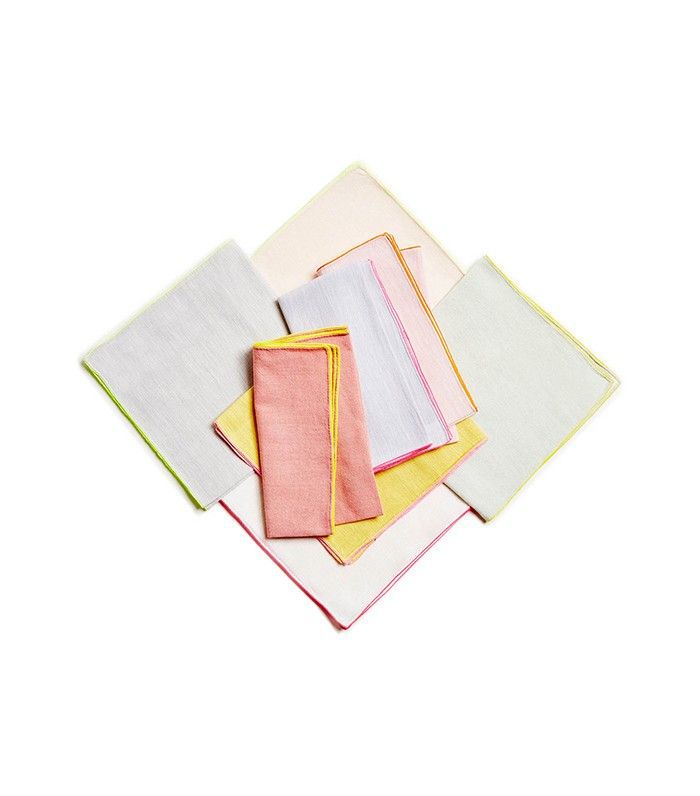 Toile is a French word meaning linen cloth or canvas. In décor lingo, it usually refers to toile de Jouy (the village it originates from), a figurative pattern usually depicting traditional pastoral scenes. You can recognize it by its imagery and its classic colors—most often blue or red on white or cream.