6 Top Mistakes Couples Make When Moving in Together

Making the decision to move in with your S.O. is an exciting time in every couple's life: waking up together every morning, preparing dinner every night, or even menial tasks like grocery shopping sound sweeter when you know you'll be doing it with your partner. But sharing a space with anyone, especially the love of your life, can cause trouble in paradise: Who's getting the bigger side of the closet? Should the mattress be soft or firm? You want to spend how much on a sofa?!

If you've ever moved in with your significant other, you know firsthand how tricky it can be to navigate the sea of compromise that comes with adapting to the other person's organizational habits, taste, and budget. But if one person can guide us in the tricky waters of decorating as a couple, it's Isaac-Hindin Miller: writer, blogger, DJ, and Man Repeller's resident relationship expert. Since 2012, he has amassed a cult following thanks to his tell-it-like-it-is dating advice, and when we heard news of his engagement to his longtime girlfriend (and co-DJ), Jenny Albright, we had to give him a ring.

Albright and Hindin-Miller met at New Zealand Fashion Week in 2010—he was a Kiwi fashion blogger, she was an American model. Over the course of four years, they found themselves living in the same cities—Paris and then New York City, where they now reside—and developed a close friendship before taking the leap of faith. Fast-forwarding a few years, the couple is now engaged. They are going the traditional route: waiting until after the wedding to move into Hindin-Miller's East Village apartment, but they are already elbow deep in the redecoration of their new love nest—a corner apartment with panoramic views of the East River. We tapped them to share their process of decorating as a couple, and here is what they had to say.

It's unhealthy to incessantly butt heads on every decision. Just as some couples hire an outside interior designer to make the important design decisions, appointing a decision maker between the two of you can make the decorating process much easier. "So long as you trust each other's taste, whoever has the stronger opinion should run with whatever it is they're trying to do," says Hindin-Miller, who is a bit of an aesthete himself. So who is the master decorator in the couple? "Isaac," laughs Albright. "But it works well because my opinions aren't as strong, and I generally like what he likes."

Trust, the couple argues, is the most important quality when appointing a lead decorator, along with setting parameters for the design aesthetic to follow. Hindin-Miller describes himself as a refined maximalist: "My natural inclination is that more is more, but whenever I'm in people's spaces and they're light and airy and sparsely decorated, I always feel most at home. So that's what I'm going for."

Establishing and respecting priorities is also paramount to a happy medium in a couple. For Albright, the top priority was a dining room table: "We currently eat off our knees on the couch in the living room. This has to stop!" As for Isaac, he told us he really wants a tan leather club chair.

Compromise is key when decorating, says the couple. Understanding which items must stay and which must go may take time, but understanding what will make the other happier may actually outweigh the sentimental value of an item.

For Hindin-Miller, it was giving up his pillow collection. "Isaac likes his cushions to be aligned perfectly and in a particular order," says Albright. "There are about 30 in the living room alone, so I'm looking forward to the day when our new sofa arrives and every surface is cushion-free." Hindin-Miller, who loves his colorful cushions, said it was a hard compromise. "But I also really like calm spaces with lots of plants and lots of space."

Did the couple have to veto anything else? "A big dog," says Hindin-Miller—"but Jenny is constantly trying to convince me that we should get one." For Albright, it was the "endless stream of Airbnb visitors."

Closet space is a big source of conflict for couples moving in together, but these lovebirds say it shouldn't be. "Most importantly, give each other adequate closet space," says Hindin-Miller. With him being a fashion blogger and Albright working as a model, it's unsurprising that their closet is busting at the seams—something that's not exactly an easy fix in a New York City apartment. But if they can make it work, so can anyone.

It's important to acknowledge how much space each person requires for clothes and other belongings, and finding storage solutions that can benefit both parties. Claiming precious closet space without offering alternative solutions is not productive. 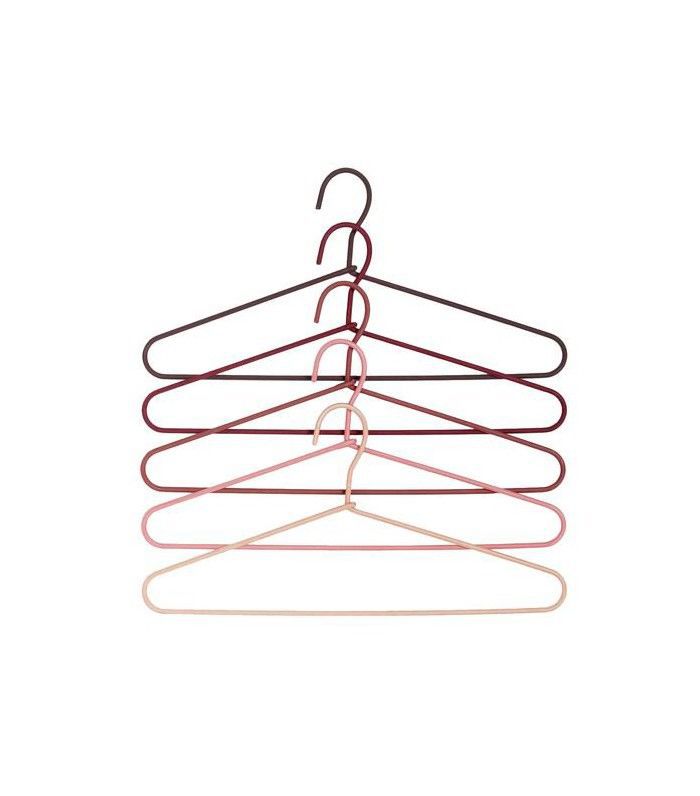 While one person should take the lead on the design of a home, that doesn't mean they should completely ignore the other's taste and interests. "Each person should feel equally represented in the space," says Hindin-Miller. Because the couple is moving into his apartment, it was important for him to revisit the décor and create a home that would suit them both. "My old roommate left a lot of furniture behind when he left, and I still use a lot of it," he says, "but I'm gradually replacing it as the months go by." Other than the dining table they're investing in as Albright's top priority, they're updating the bedroom furniture: "I bought some beautiful midcentury Danish drawers and desks for my bedroom," he says. "They were a good find."

Beyond furniture, Hindin-Miller is also updating the décor elements. "Jenny gave me these hanging planters and cascading succulents for my birthday this year, and I'm in love with them," he says. "I never understood how people could get interested in gardening, but now that I own some plants myself, I'm obsessed." He has also been slowly editing the décor elements—gradually removing the pillow collection and hanging art: "I had a ton of beautiful art prints that I'd kept in cardboard tubes for the past six or so years and never gotten framed, so I got those framed recently, and that's really changed the apartment's look and feel."

One of their capital rule of decorating: Don't purchase anything without consulting the other person. "If one of you finds an amazing piece of furniture on the outskirts of Brooklyn, the other should accompany you to go check it out," says Hindin-Miller.

Their strategy for choosing items for their registry and their apartment consisted of two things: prioritizing quality and focusing on the things they both liked. "Since this is New York, we can't fit enormous amounts of stuff, and neither of us is into clutter, so we focused on quality over quantity," says Albright. "Luckily, we like a lot of the same kinds of stuff—Japanese pottery, handmade wooden furniture, tan leather, and the color blue—so there weren't too many disagreements." The first purchase they made as a couple was a set of Japanese stacking mugs from TRNK. 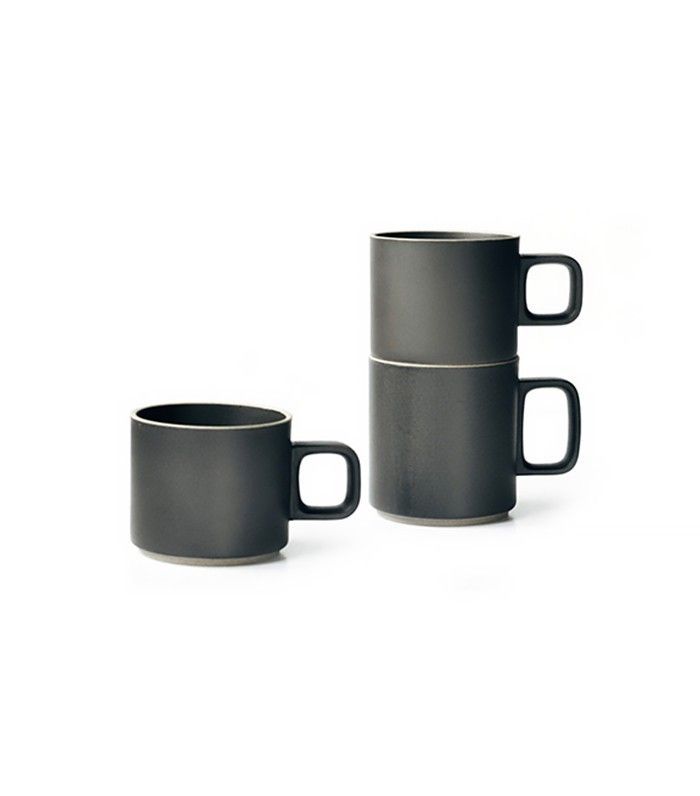 No one wants to get into an argument when building a home, but sometimes bickering is unavoidable. "If an argument is inevitable, go for a walk and discuss whatever it is outside the apartment," says Hindin-Miller. "It's much easier to talk outside in the open air while you're walking next to each other than it is when you're sitting eyeball to eyeball in the living room." Being in a public space can also bring a level of self-awareness and restraint—it encourages a civilized constructive conversation instead of a screaming match.