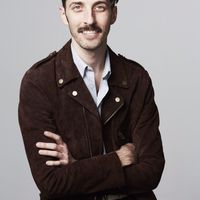 After putting the finishing touches on the interior of her L.A. home, actress Dianna Agron came face to face with a challenge many design-loving homeowners encounter: redoing the outdoors. “There were things I wanted but was initially afraid of,” Agron recalls of the decision between playing it safe or following her instincts in the renovation and landscaping of her backyard.

With a design style that lies casually between flower child and Old Hollywood elegance, Agron followed her whimsical side (and the new friends she quickly made on repeated visits to her local nursery) to create a multilayered garden that feels like it has been cultivated for years. With the help of myself, the MyDomaine creative team, and chef Megan Mitchell, Agron set the scene for one of those picturesque twilight dinner parties you only see in movies.

“A lot of my home is composed of found pieces from traveling, or inspiration from those places,” Agron notes of her home’s interior, which she has spent the last few years curating to eclectic-refined perfection. Outside, Agron enlisted the MyDomaine team to help bring her well-collected style to life in a functional furniture arrangement around her pool.

“When Mat and I first started conspiring, I knew I wanted many plants and mirrors, and for it to not be disjointed from the interior,” Agron says of the décor that includes a mix of vintage-inspired furniture from Serena & Lily, a set of paneled époque mirrors from Anthropologie, lounge furniture from Select Furnishings, and a reclaimed wood dining table from West Elm. “I wanted there to be many options. A place to lounge in the sun, a dining table for eating, painting, whatever we needed,” she says.

To celebrate the completed project, Agron teamed up with her friend and chef Megan Mitchell, who herself was due a toast for having just wrapped her globe-trotting Tastemade series on YouTube. Aiming to keep the food prep stress-free, Mitchell pulled out a few no-sweat recipes like a red kale, persimmon, and feta salad and flatbreads that took advantage of seasonal produce provided by GoodEggs. “Flatbread pizza is great for casual gatherings,” Mitchell notes of the simple entrée choice. “It can be prepared ahead of time and assembles quickly, leaving more time for mingling.”

Drawing inspiration from the enchantment of overgrown French gardens, we set out to inject a little attitude into the romantic look. “I knew I wanted the color story to be blue,” Agron recalls of the initial palette idea that steered the design in an edgier direction. To update the Euro-vintage garden theme, a mix of indigo pillows by Serena & Lily and Orishibori Japanese tie-dye throws were scattered liberally, adding a bit of California-chic in cool, painterly hues.

The perfect cocktail for clinking glasses? Something strong (but not too strong!). “I wanted to do something light and refreshing, but also seasonal,” Mitchell says. “We chose a pomegranate and mint cocktail. The portions are just right so everyone can let loose and relax but so you’re not hammered by the second drink!”

Now that she has a cozy and functional home inside and out to host catch-ups with friends between film roles around the world, Agron is about to set out on her next big project: doing it all over again. “I know this sounds crazy, but now that the house is completely finished, I feel like starting over! I guess I have forgotten the slight pain of waking up to a drill—and I’m not opposed to living through it once again.”