Inside the Living Room Makeover of Emily Henderson's Editorial Director

Decorating can be a tricky task. From planning the look you want to finding the furniture to match, the process can be lengthy and labored (especially when you're on a shoestring budget). But for Los Angeles–based designer Brady Tolbert (he's also editorial director for Emily Henderson), this is what he loves most. So when he stumbled on this 1920s Spanish-style home in West Hollywood, it was love at first sight. (Who could resist those original hardwood floors and beamed ceilings?)

Tolbert set about designing a casual, comfy, masculine space that he "really wanted to live in." He told MyDomaine: "I love a room to feel collected, curated, and thoughtful. Too much old and it looks like a thrift store, and too much new and it looks like you just ripped a page out of a catalog. My style seems to be a combo of the old and the new, with a casual comfort that still makes you feel like you can crash on the couch and throw your feet up on the coffee table."

The challenge he says was in "pulling triggers." It seems the old adage still rings true: An artist's work is never done. And in this case, Tolbert was his own worst critic. "Ask anyone in the EHD office and they will let you know that I change my mind as quick as a toddler loses his attention span," he said. "Designing a real room for myself for the first time was a learning experience for me. I made a lot of mistakes, and I learned a lot too, but overall I love the way it turned out."

Ahead, Tolbert talks us through each design element, from the color scheme to his greatest find.

On his greatest find: "One of my favorite pieces in the room (that people are either are repulsed by or love) are the leather club chairs. I was on the hunt for a long time, and I didn't have the budget to buy some perfectly worn ones from Anthropologie, so I got scrappy with it. I scoured Craigslist, Chairish, and eBay every night after work for about two weeks until I found these guys.

"I remember showing them to Em and her looking at me like Who are you? Why did I hire you? What in the world do you think you are going to do with those things? She wasn't wrong. They were in pretty bad shape, but I loved the bones of them, the squared-off arms, and the fact that they were old and had a story. Apparently, they are from the '20s from an old speakeasy in Paris (which most likely in eBay translation means they are from the '60s and from a warehouse in Valencia), but for 200 bucks for the pair, I knew they had to be mine." 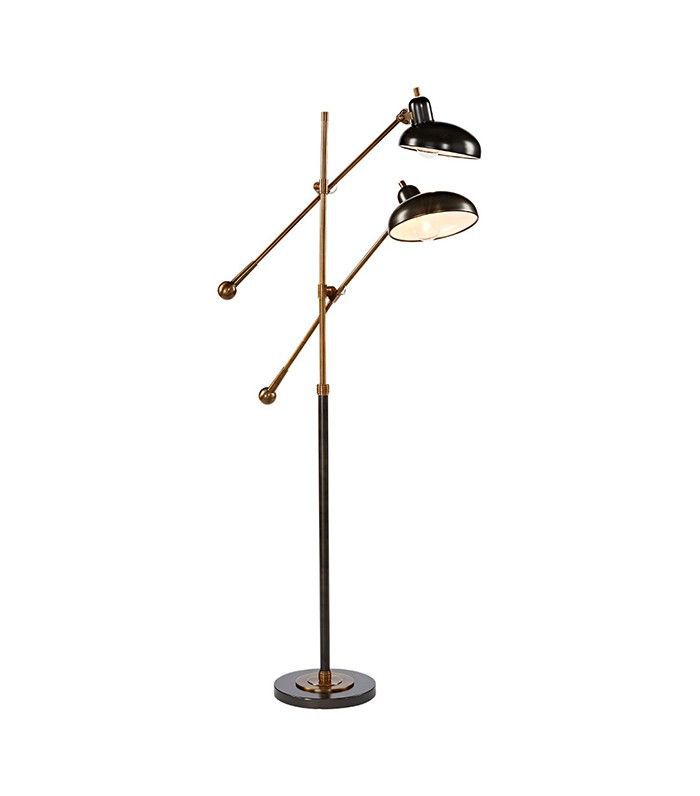 On the high/low mix: "Working under Emily Henderson does have its perks," he said. "There are quite a few vintage pieces that I graciously took as hand-me-downs from the queen of vintage herself, and they are now proudly displayed in the room. But with this apartment, I really was ready for a fresh start, so I got rid of and sold almost everything that I had in my last two apartments. I finally felt like it was time to grow up and not pretend that it was okay to have my guests enjoy their wine on a $200 IKEA couch I picked up off of Craigslist." 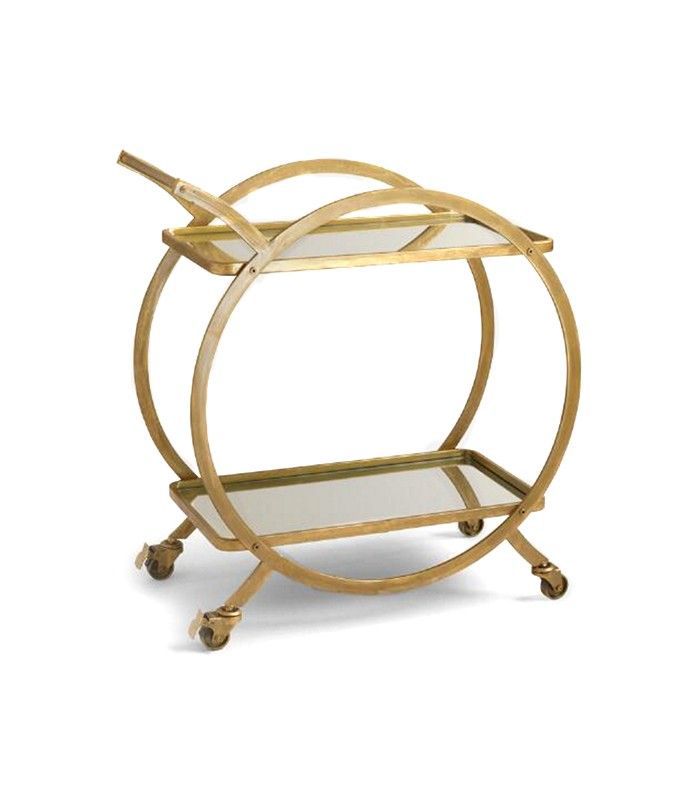 On the color scheme: "I would definitely say that my style leans more masculine, casual, and eclectic than it does poppy and bright, so going gray on the walls was a no-brainer for me," he said. "I wanted to keep the color palette fairly neutral with grays, whites, creams, blacks, and worn leathers. I am much more a texture person than a color person. So bringing in loads of texture through the flokati rug, the velvet sofa, the linen curtains, and the brass elements helped me get the depth I wanted without having to bring in any color at all." 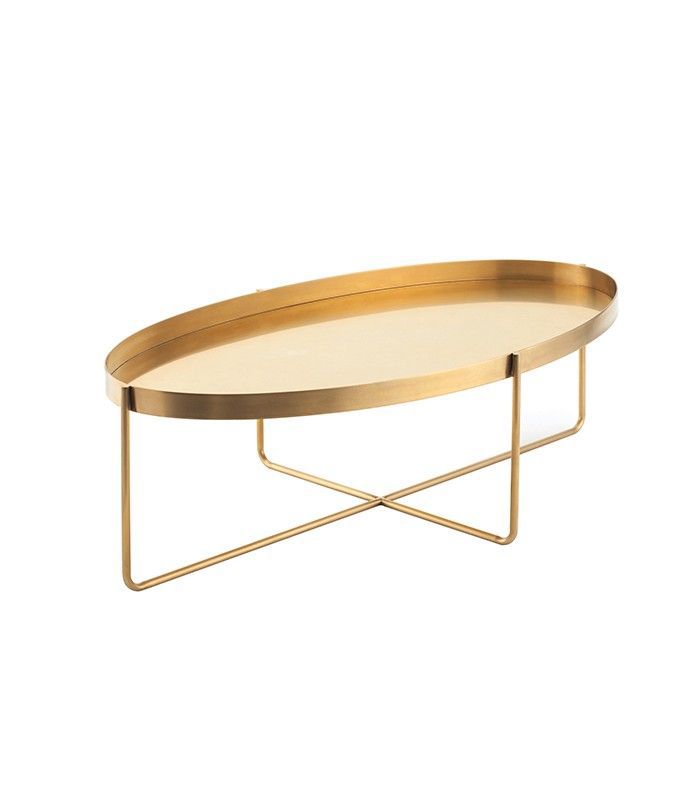 On his first purchase: "The gray velvet English roll-arm sofa was one of the very first things I got for the room. I toyed between getting a cream linen or a gray velvet for quite a long time and ended up going with the latter. It was the perfect color, was so soft, and would clean up a bit better than the cream linen would after spilling Cheesecake Factory leftovers on it (which I have done, and that pasta was worth it)." 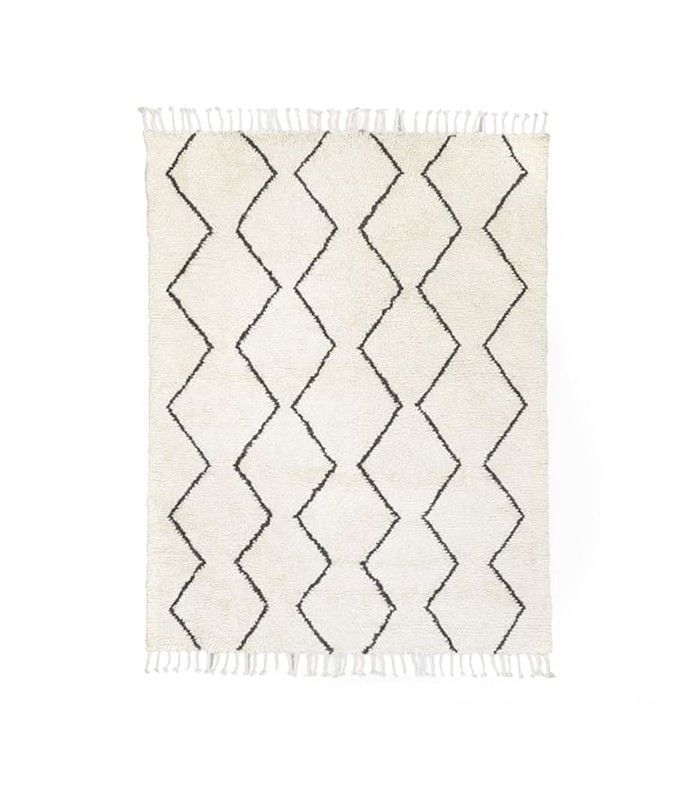 On the direction: "I wanted the space to be a place that I really wanted to live in," he said. "I wanted it to be casual, comfy, masculine, and an eclectic collection of what I already had mixed with some new pieces. I spend quite a bit of time in the space, so it needed to serve as a place where I could read through late-night edits of Emily's blog, hang with friends, and lounge around without having it feel too stuffy or like a formal living room." 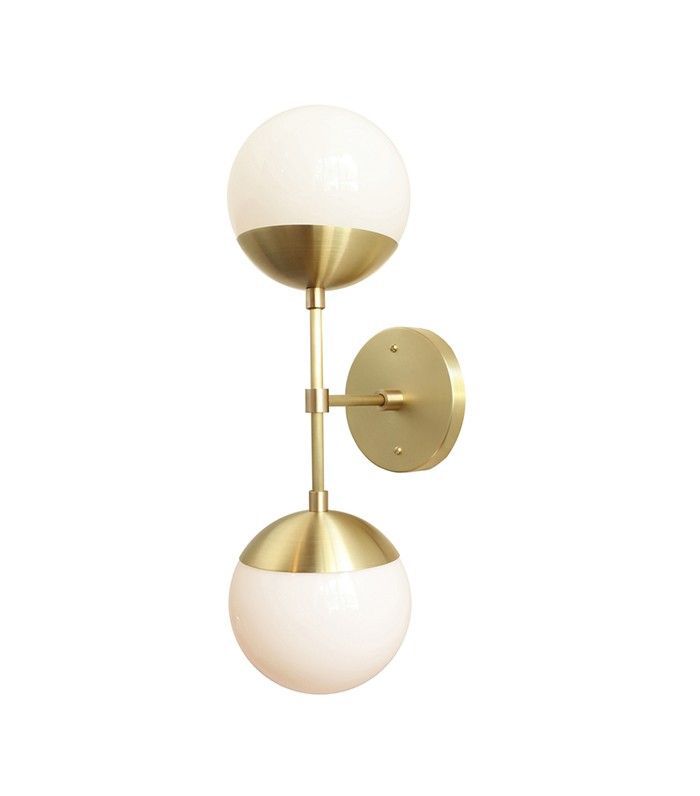 On the Spanish details: "The house was built in 1928, and the features of this apartment were really what sold me," he said. "I spent months and months looking and must have seen over 20 apartments before I finally landed on this one. I made an appointment to see the apartment without even seeing any pictures of the interior, but the cryptic landlord description I found on Craigslist had me at 'original hardwoods' and 'beamed ceilings.' It was love at first sight when I walked in, and in my exact words to the landlord, 'I am not leaving this apartment until you let me sign the lease.' I guess my persistence paid off, as now a year later, I have never felt more at home." 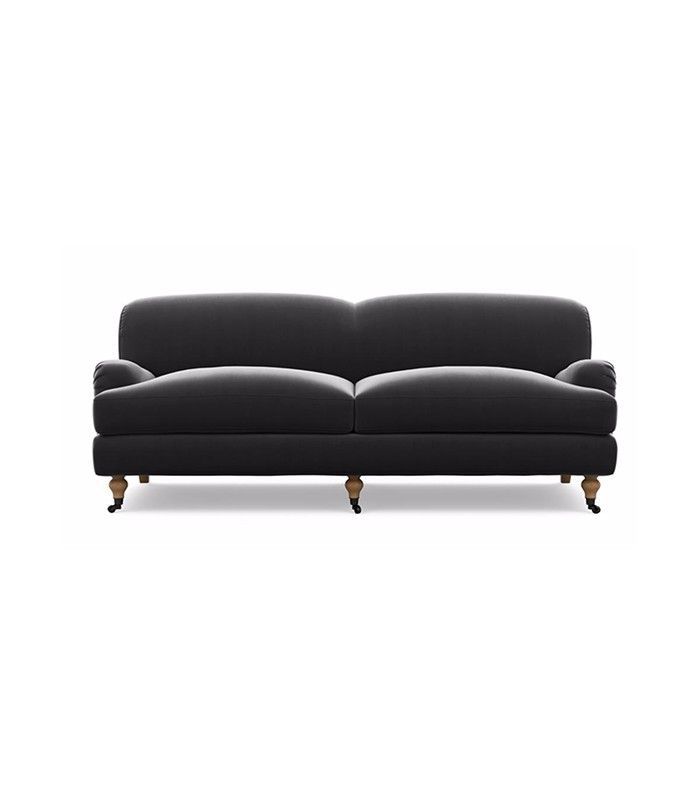 Rose by the Everygirl Sofa $1500
Shop

On his favorite part: "That it is finished," he said. "Does that count as an answer? In reality, and without seeming too cliche, there are so many things I love about the space. But overall, I love that it finally feels like home after two very transitional apartments in L.A. It is definitely me.

"It’s a place that I love to come home to every day after work; a place I love to schlep my garbage flea market finds into on the weekends; and a place where my friends can enjoy eating way too much buttered popcorn together on the couch while watching the newest episode of whatever garbage reality television show is on." 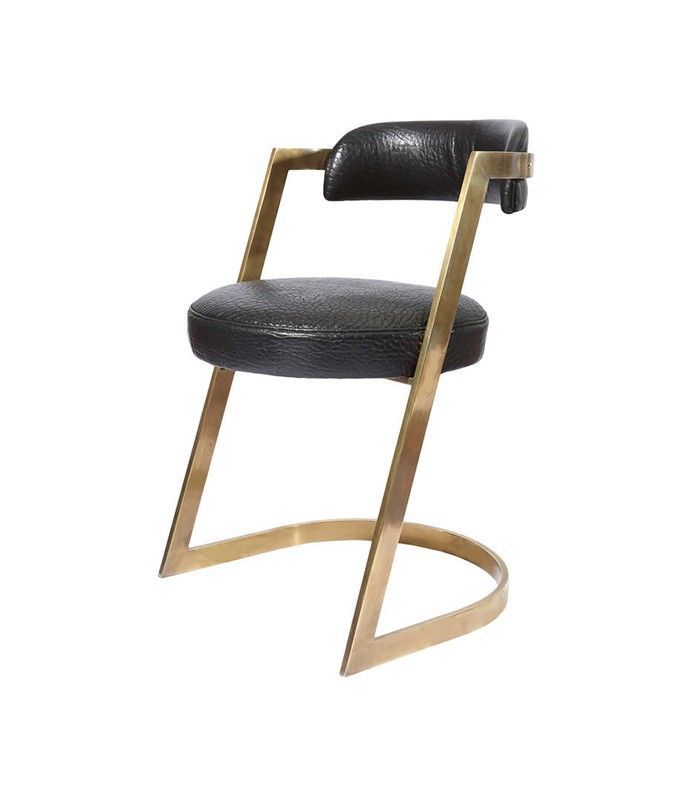 Now this is the kind of entry we'd all be happy to come home to. 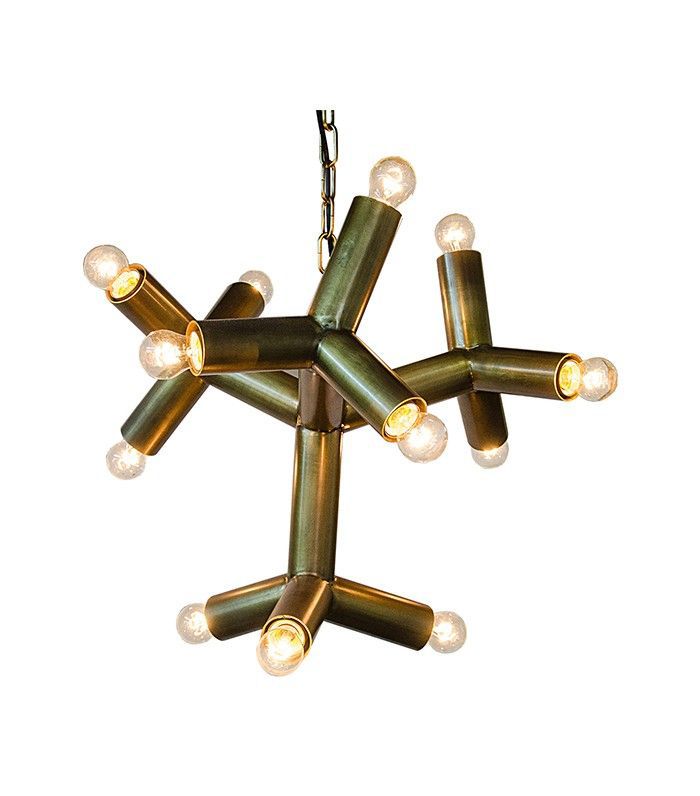 How do you design an eclectic interior? What are your tips for creating a personal space that feels like home?