Emily Henderson can't resist a challenge. In fact, the bigger the better, as far as she's concerned. So when it came to renovating her 1920s English Tudor–style home in Los Angeles, the Target Home Style Expert and founder of Styled by Emily Henderson didn't back down. "We did a gut renovation in three months," she told MyDomaine. "We renovated the kitchen, opened up the den, added a bathroom, and redid the flooring, fixtures, and finishes in most of the rooms. We kept all the character with the windows, doors, and the original plaster walls." It sounds like a massive undertaking, but Henderson wanted to open up the 2300 square feet home and start fresh. "The bottom floor, where we live, feels big, and the second floor full of bedrooms is tight, but it's great because it's big where we play but small where we sleep," she laughs.

With two young children, Henderson's goal was to marry the formality of an English Tudor with the casualness of a family home. "I wanted it to be stylish yet timeless, functional yet aspirational, and formal but not precious," she explains. "It was a tall order, and while it isn't perfect, neither are we, and we're so happy." While she did bring in some vintage and preloved pieces from her previous home, most of it was newly purchased. "I viewed this house as a blank canvas with which I can start fresh," she explains. This is also the first time we're seeing Target's new modern home collection, Project 62, in action. (The range lands in store on September 19.)

"I'm beyond excited for people to see the collection because it's perfectly designed for people who love modern design but want something a bit more approachable," says Henderson. "There are pieces that work well in small spaces and for urban living, and clearly these are pieces that also work in a home like mine—mixed alongside a more traditional aesthetic." Scroll ahead for your first look inside Henderson's newly renovated home, and see the complete tour in Real Simple's September issue hitting stands August 25.

Kid-friendly and cozy might have been the inspiration (which she nailed), but Henderson wanted the living room to look pulled together, too. "Visually, it is for grown-ups, but functionally, it is made for kids," she explains. "This is the first room you see when you walk into our home, so I wanted there to be some formality." She did this through certain choices like the Cisco sofa (aka "The Henderson"—a custom tufted and roll-back piece), and two Rodney chairs from Target's new Project 62 collection. "The living room captures the look and feel of the rest of the house, which is a balance of edgy modern and traditional antique," she says. "I wanted to work with the existing elements of the home but update it in a way that is modern and livable today."

Being the mom of two young kids, it was equally important for the living room to be kid-friendly, as they spend so much time in this room together playing, reading, building forts, or just hanging out as a family. "I also wanted there to be multiple conversation areas in the room and ample seating," says Henderson. "Every chair in this room is not only comfortable, but it's also aesthetically pleasing. I want this room to be a place where you can spend hours having conversations with friends." Henderson collected pieces "from all over" to pull it together, including Craigslist, Chairish, Target, and some higher-end sources. "There isn't one piece that I feel is the best find," she says. "It's the combination that makes the house sing."

The Comfortable (and Durable) Dining Room

Henderson wanted to make the most of the "amazing light" in the dining room, and since the function of the room is simple, she wanted it to be comfortable and durable first and stylish second. The stunning farmhouse table was a vintage find on Etsy, but once it arrived, she realized the top and base were two different kinds of wood. "I loved the base and size, so I sent it to the refinishers to sand off the stain," she says. "I found some chairs that I had reupholstered in Crypton fabric, which is amazing because they are highly stain-resistant." But are they toddler stain–resistant? "Well, there is no perfect fabric, but 80% of our messes clean up so easily," she explains.

But her biggest goal was achieved in this space. "I love how everyone feels at home here and how indestructible it is," says Henderson. "We are in the phase of our lives where all our friends have young kids, so having a house that is so family-friendly yet pulled together makes me so happy."

With two young children, Henderson and her husband frequent the kitchen, and so she naturally wanted a space that catered to her taste and the needs of her kids. "We wanted the kitchen to feel English Country but in a modern way," she notes. "Casual but quality with finishes that look better with age." To do this, Henderson made a lot of renovations to the kitchen, but she's immensely happy with the result. "It's open, light, and functional, but it still feels Old World and soulful," she muses. "The kitchen was tiny and in the shape of a triangle, but one corner was incredibly sharp, deeming it unusable. The house was built before people cared about food or entertaining or, you know, sanity."

Henderson opened up the kitchen into the dining room, so now it's one big room that "feels big even though it's small," thanks to the layout and the amount of light. "And yet most people think it's original to the house," she says. The biggest challenge was the kitchen island. "The kitchen is a crazy shape, so we made the island a crazy shape," Henderson says. "We were tormented by indecision for weeks before we decided that the shape of the island should match the shape of the kitchen regardless of how weird it is, and honestly, it looks totally original to the house now."

With warm weather almost year-round in L.A. (and barely any rain), there's no doubt that Henderson and her family will be eating many a meal on their gorgeous new patio. It's hard to believe from looking that almost everything featured in this space is from Target—it looks like a holiday snap from Italy. "Now that I've had almost an entire summer with these pieces, I still find that despite all the time we spent out here, they are holding up so well," she says. "We did not want to spend a fortune on outdoor pieces, but we still wanted them to be durable and stylish, which worked out well with the dining table, chairs, and all the other furniture pieces we picked out from Target. We splurged on the tile because we knew we wanted it to match the style of the house—Old World and European—but we wanted the furnishings to be more modern and affordable."

Are you renovating your home or in the middle of planning it? What elements of Emily's home will you incorporate into your own? Share your ideas below, and pick up a copy of Real Simple on August 25. 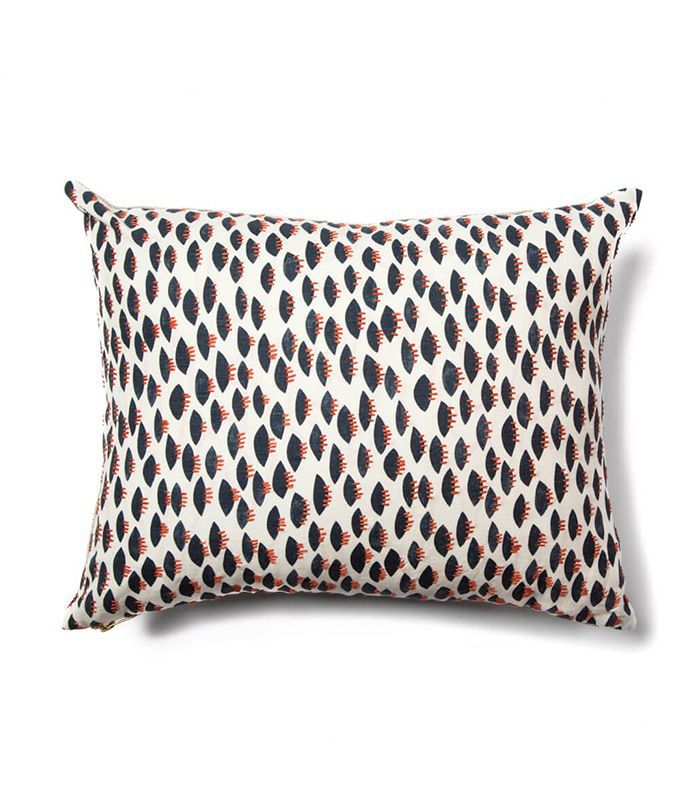 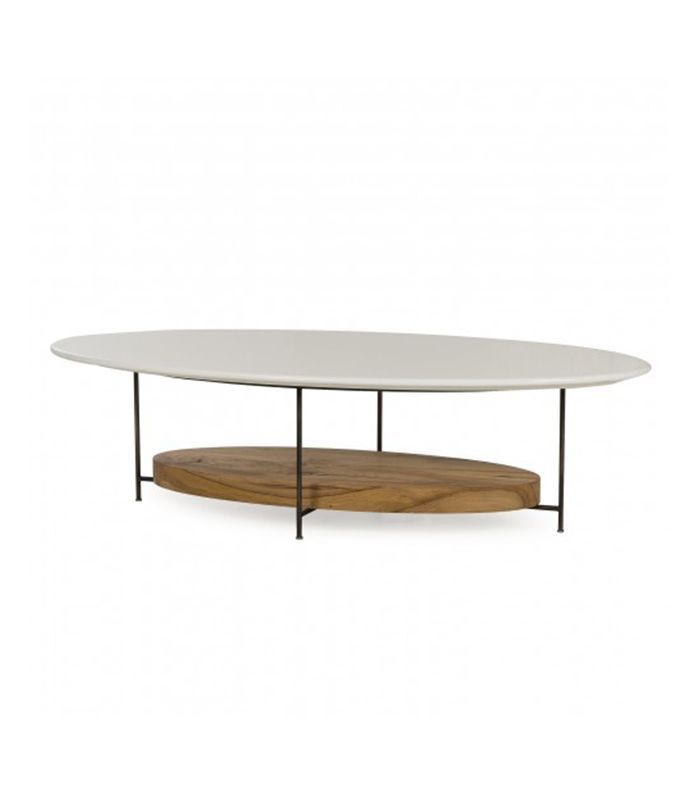 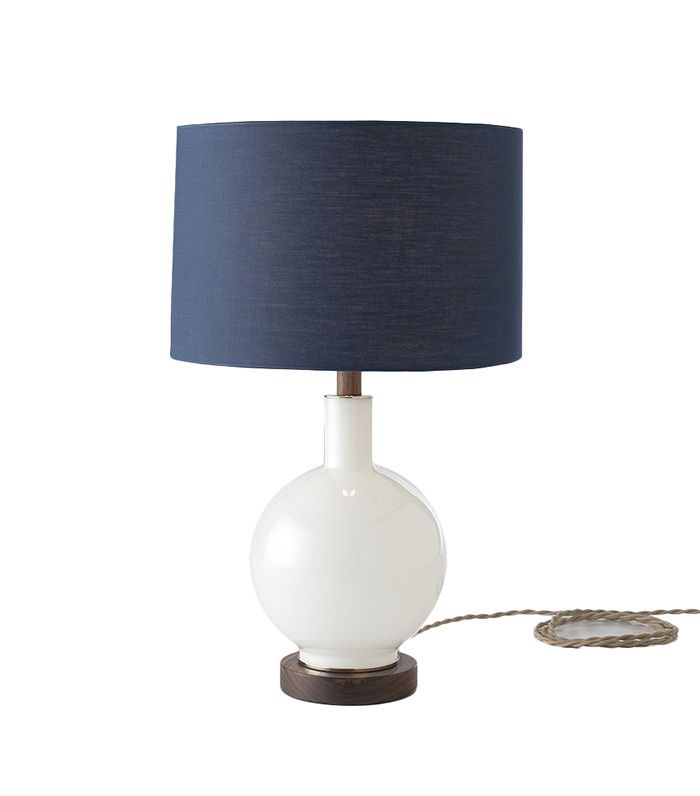 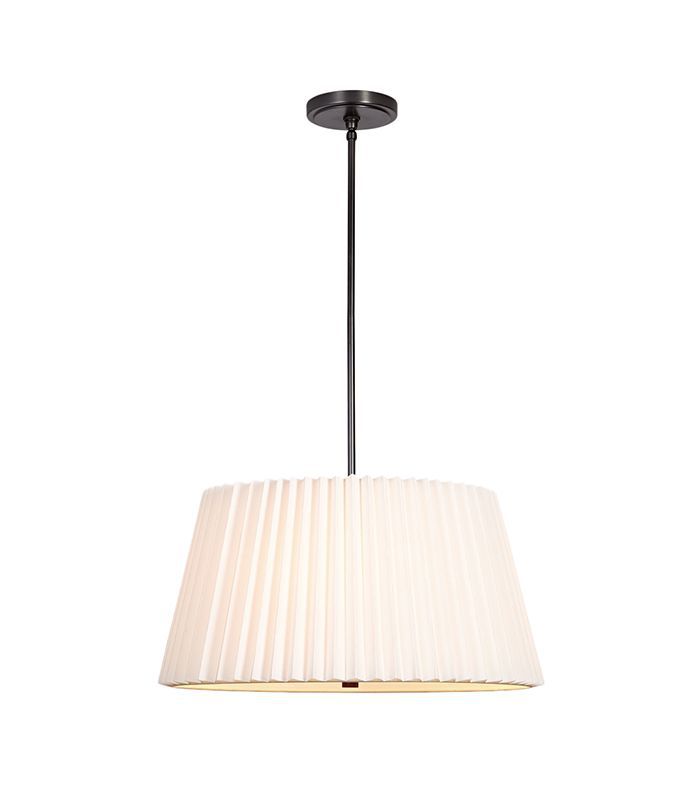 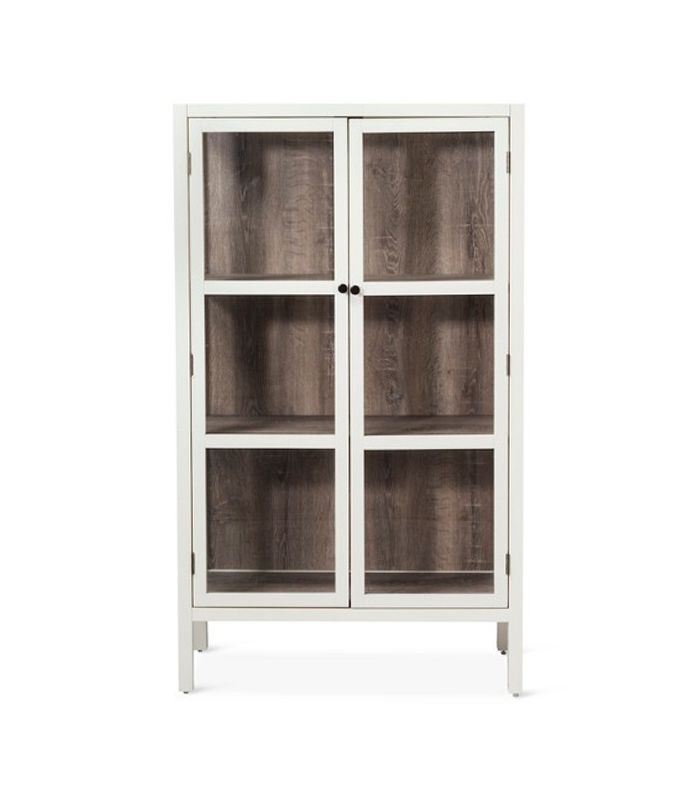 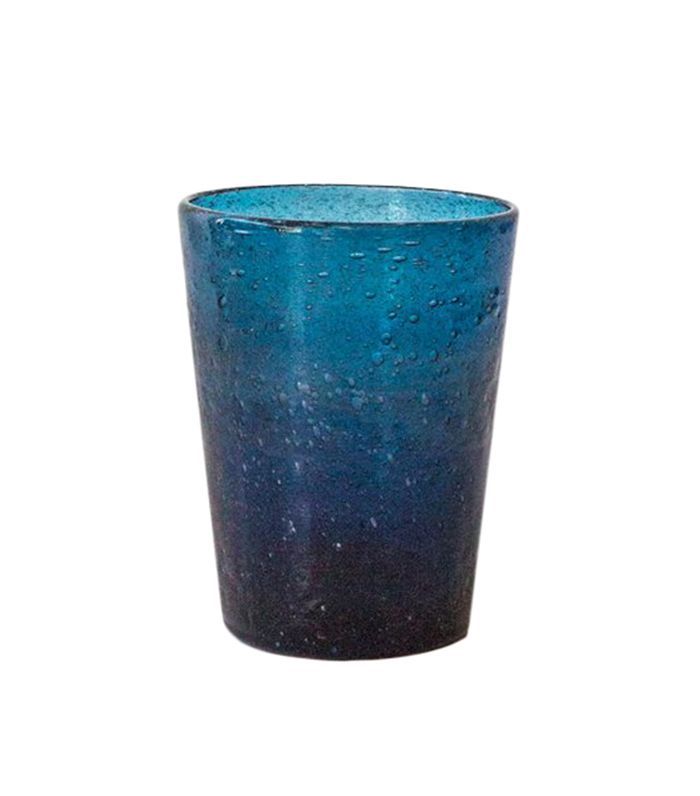 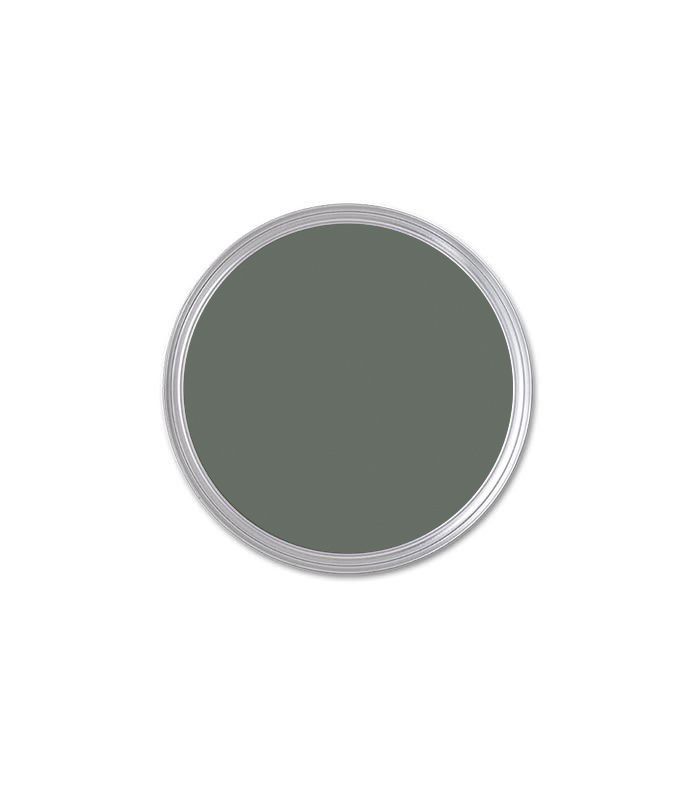 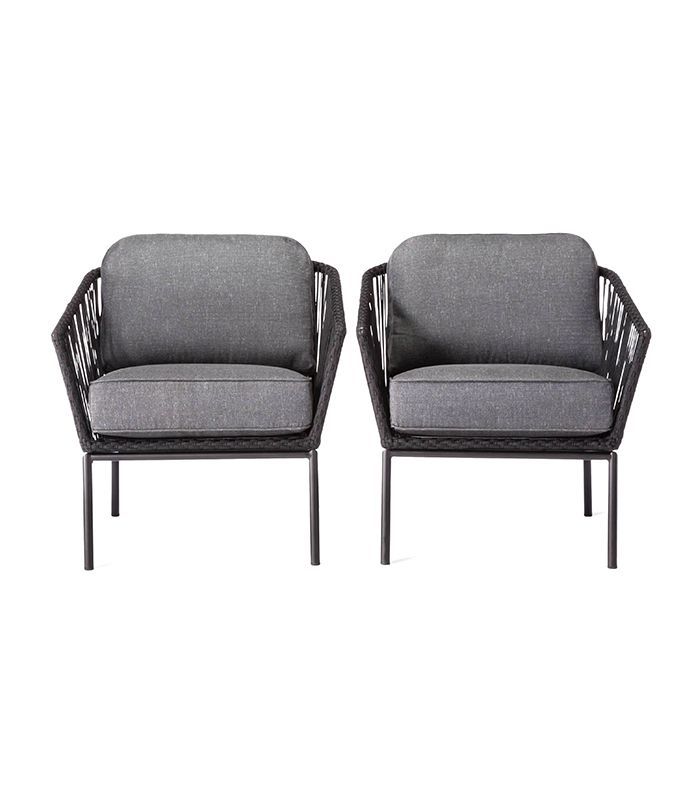 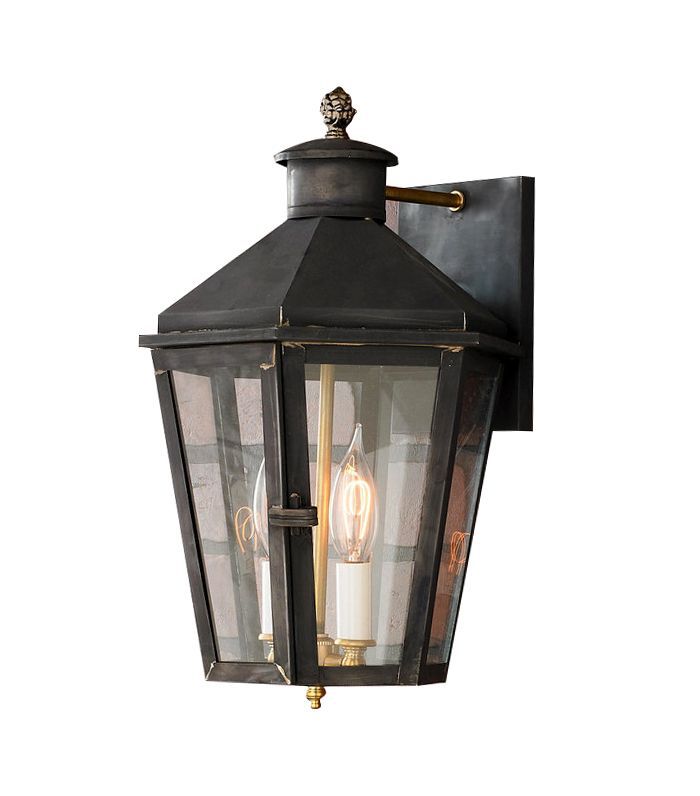 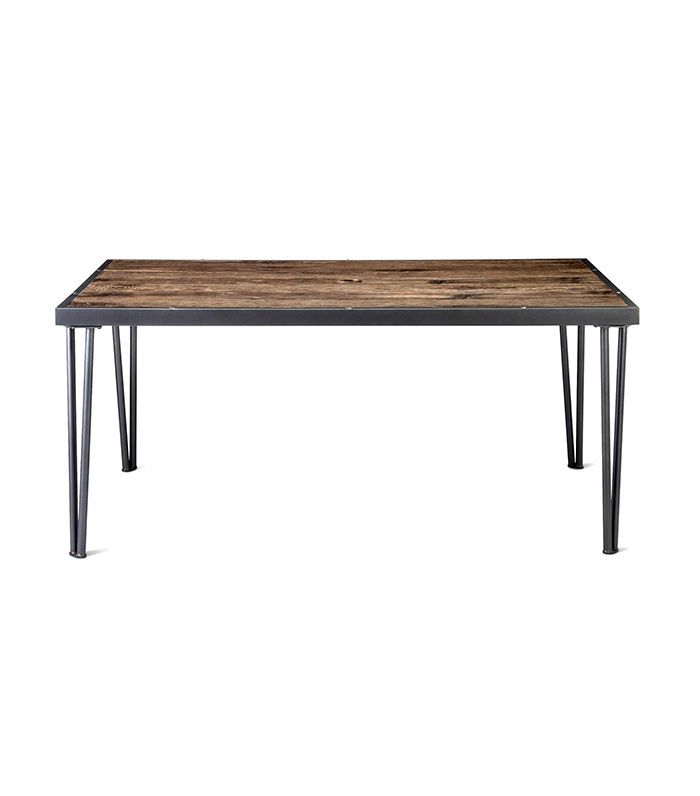