Emily Henderson has outdone herself

Emily Henderson went all out when designing her brother and sister-in-law's kitchen in Portland. While its "updated traditional" design is jaw-dropping, it's actually the gorgeous green cabinet color that's caught our eyes.

Designer Emily Henderson, winner of HGTV's Design Star, has her own interior design blog and started the design firm Emily Henderson Design. She hosts the hit TV show Secrets from a Stylist, and is the author of the book STYLED.

So what is this divine hue in question? It's Sherwin-Williams' pewter green in the emerald satin enamel finish, to be exact, but we think it resembles the color of a silver dollar eucalyptus leaf with that perfect combination of green, blue, and a hint of gray. Henderson tells us she designed the Portland project from L.A., which she says was not easy or something she'd recommend if you're a renovation newbie, but that didn't stop her from creating some renovation magic.

"I could have made it easier on myself and done something basic and simple, but I wanted this to be special and bold," she says. Well, we have to say, she nailed this one.

Henderson says the house called for something that was "original and special," and she wanted this kitchen to be the centerpiece of the home.

"Everyone always seems to gather in their kitchen, and this was open to both the family and dining rooms, so my goal was to create a mix of classic and modern, happy and sophisticated, with some moments," she says. Henderson also brought in a new big window for a lot of natural light and to see the kids playing in the yard below. 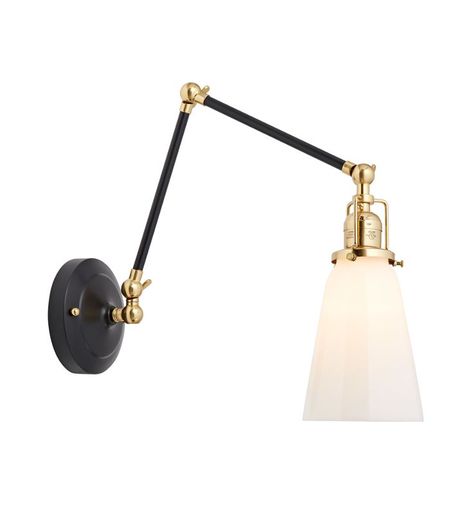 The entire kitchen was completely renovated from the ground up. They kept the floor plan mostly the same, but now the island is much larger and oriented in a different direction, and they reworked the placement of the refrigerator and the oven. New cabinets, appliances, tile, floors, and countertops were also added. 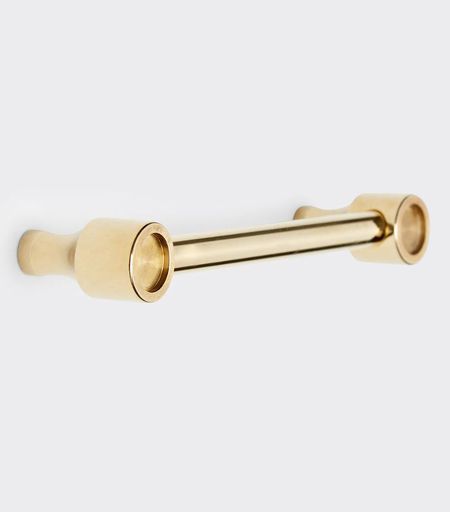 So how was the color palette decided on? "I've done a lot of blue kitchens, so I wanted to do something different here," Henderson says. In general, they stayed away from gray throughout the home because as Henderson puts it, "Portland is already so gray so often." After testing a million shades of green, they eventually landed on the pewter green.

"I'm so happy with it," Henderson says. "It's deep, saturated, milky, and dramatic. It makes a quiet statement. It is a bold color without feeling bold, and it gives a lot of life to the room while keeping it timeless and traditional."

The on-counter display cabinets are probably Henderson's favorite thing about this kitchen, along with the gooseneck faucets and the vintage-inspired range. "It's too hard to pick," she says.

The kitchen is very minimal and streamlined, without a lot of fuss. Fashion with function was the philosophy here, and it works. 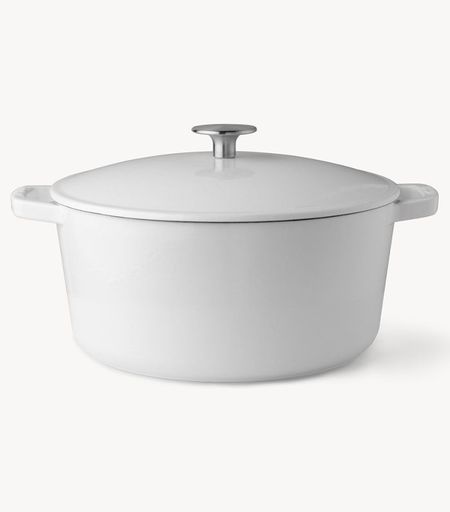 The vintage range brings the "updated traditional" style and a timeless appeal while the brass drawer pulls provide a modern lift.

The mid-1980s home was originally a one-story builder basic home that needed a rehaul and, according to Henderson, "a big dose of soul."

"It was originally pretty cheaply done and devoid of character and life," she says. Well, she definitely solved that problem because the kitchen is now bursting with character.

Head over to Emily Henderson's site to see more of this stunning kitchen.