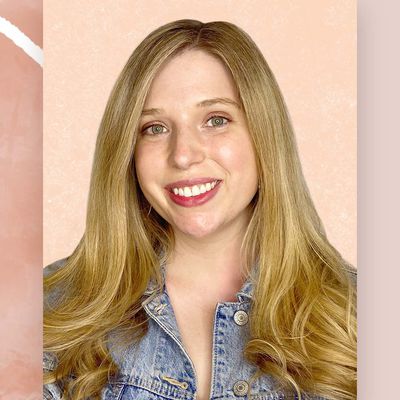 Emily Manchester has been with Dotdash since 2016. Before becoming the Editorial and Strategy Director for The Spruce, The Spruce Pets, The Spruce Crafts, and MyDomaine, she was a part of the team that launched the original Spruce site in 2017. She began at Dotdash as an Associate Content Manager before transitioning to the Growth and Strategy team where she operated as an SEO Manager for the The Spruce and MyDomaine brands and several others.

In January 2021, Emily became the Editorial and Strategy Director of the Home Group at Dotdash, which includes MyDomaine, The Spruce, The Spruce Pets, and The Spruce Crafts. She's worked at Dotdash for over five years.

Working her way up from an internship in college, Emily began her career as a Fashion Editor and Project Coordinator at Everywear, a style service startup helmed by Brandon Holley, previously the editor-in-chief of Lucky Magazine. It was here that Emily honed in on her editorial skills as well as developed a knack for product, becoming a partial contributor to the product team.

While working for Everywear, she also began to consistently contribute content to LiveAbout, another Dotdash site. She eventually accepted a full time position at Dotdash and was a part of the team that launched the original Spruce site in February 2017.

In early 2019, Emily moved over to the Dotdash Growth and Strategy team as an SEO analyst. She worked on almost all of Dotdash's brands, most notably spending time on: The Spruce, The Spruce Pets, The Spruce Crafts, The Spruce Eats, Liquor, TripSavvy, Treehugger, Lifewire, Byrdie, and Brides. Emily was part of the launch teams for both Liquor and Treehugger when they were acquired by Dotdash in 2019 and 2020, respectively. During her time on Growth and Strategy, Emily was promoted twice, first to a Senior SEO Analyst and then to an SEO Manager.

Now, Emily combines both her editorial and analytical skills as a leader on the Home team, overseeing all editorial processes and strategy decisions.

MyDomaine, a Dotdash Meredith brand, is the only design-forward, digital-first home site that shares highly-curated content for everyday décor enthusiasts and industry professionals alike. We're constantly working to bring you practical tips, original news, breakout trends, and inspiration within the home and design space, all backed by experts. We do so by meeting with interior designers, connecting with the heads of your favorite brands, attending leading design events, and joining forces with industry authorities. MyDomaine reaches 3 million users each month. Learn more about us and our editorial process.