With just a day to go before the midterm elections, women face a historic moment that could have drastic consequences on the lives of many. The year 2018 has been coined "the year of the woman"—a term that was originally used to describe 1991 (the year Anita Hill delivered devastating testimony before Congress).

In the wake of the confirmation of Supreme Court Justice Brett Kavanaugh, it's increasingly clear that more than 25 years later, we still have leaps and bounds to make to achieve equal rights. While disheartening, this shouldn't be so surprising in a political environment where Congress is still 81% male.

This year, women are working to turn the tide. Since the Women's March in 2017, a record number of women have decided to run for public office, and many of the candidates are setting the stage for a series of historic "firsts" up and down the ballot. Women everywhere are becoming more engaged in activism, fighting for issues ranging from gun control to reproductive rights.

How far have we come exactly in the fight for equal rights, and what is at stake? "While we have made great strides toward equality in the last 20 years, it's undeniable that women have not fully gained equal rights," says Jennifer Carroll Foy, a member of the Virginia House of Delegates who's fighting to pass a resolution to have Virginia ratify the Equal Rights Amendment. (To date, 37 states have done so.)

As she alludes, most companies are not required to provide women with paid maternity leave or reasonable accommodations when they're pregnant. Not to mention the fact that women on average are paid only 80% of what a man makes, with women of color making even less. And that's just on the legislative side.

Since the Women's March of 2017, women across the country are feeling empowered to incite change by running for office or advocating for equal rights in their own communities. Beyond politics and activism, we've seen the rise of women-led socially conscious brands like Rachelle Hruska's Lingua Franca, which sells embroidered sweaters with phrases like "Believe survivors," "The future is female," and "November is coming."

Other brands (like activewear purveyor Terez) are partnering with The Skimm on a No Excuses campaign to stress the importance of taking the time to get out and vote. "I think we're making strides to support women in many areas, but we still struggle with a culture that dismisses women at its very core, and an environment that still punishes women for demanding to be treated with equal respect and basic human rights," says the brand's co-founder, Zara Terez Tisch.

"A spark has been ignited with women across the country," says Foy. "Women have declared that we will not accept the status quo and are demanding equal rights."

To her, equal representation is crucial to passing policies that benefit women, such as paid family medical leave, equal pay for equal work, pregnancy accommodations, or the Equal Rights Amendment. "The fact that women are often absent from the room when important decisions are being made and when legislation is being negotiated that directly affects women’s rights prevents us from advancing," she adds.

Between the Kavanaugh hearing—which took place in front of the Senate Judiciary Committee composed of 17 men and only four women—and the threat to reverse Roe v. Wade or to cut funds to organizations like Planned Parenthood, it's clear that we could benefit from more equal representation in all levels of government.

"I truly don't believe that most men want to actively deny women rights," adds Foy. "However, when women—especially women of color and LGBTQ+ women—are shut out of the conversation and unable to participate in the legislative process, there's no way for us to achieve equality."

Foy isn't the only politician determined to make a change in our government to benefit underrepresented voices. Today, only six of the nation's 50 governors are women, but a record-breaking 16 women will be on the ballot for the post in November. Two hundred and thirty-four women have qualified for the ballot in House races this November. That's nearly double the previous record of 120 in 2016.

"With Donald Trump as president saying the most horrible things and becoming the most powerful person in the country (and the world), it made me and a lot of women especially realize we're not as far as we think we are in terms of equality and where we need to be," California candidate Katie Hill told MyDomaine. Having so many women running could have a big impact on the upcoming election. According to She Should Run founder Erin Loos Cutraro, women on the ballot win at the same rate as men.

Stephanie Schriock, former Senate chief of staff and president of Emily's List, experienced how important women's voices are on a wide range of issues: "I saw firsthand—when there were only 17 women in the Senate—how important each of their voices was on every issue from national security to healthcare," she told us. "I believe America will be stronger when we have a government that looks like this country in all its wonderful diversity. Half of Americans are women—they should be at the very least half of our elected bodies."

With a record-breaking number of women almost at the finish line ahead of Tuesday's election, showing up to the polls is more important than ever. But it's also worth pointing out that no matter the outcome in this historic election, change doesn't have to solely come from our government: Each of us can play a part in fighting for equal rights.

"If we want to change the problems that make us angry or the issues that alarm us, we have to get near them first," says Foy. "Each and every person has a skill that can be used to fight for equality. We must contact our legislators and lean on them about the issues that are important to us. We can all organize rallies, speak at events, and write editorials about women's equality and the desperate need to make it happen now."

"If we want to change the problems that make us angry or the issues that alarm us, we have to get near them first," says Foy. "Each and every person has a skill that can be used to fight for equality. We must contact our legislators and lean on them about the issues that are important to us. We can all organize rallies, speak at events, and write editorials about women's equality and the desperate need to make it happen now."

Voting on Tuesday is a fundamental step, and supporting female candidates is important if we want equal representation in Congress. But empowering women can also be as simple as acknowledging other women's experiences, encouraging each other to find our voices, and speaking up even when it feels difficult to do so. "We must support other women," says Foy. "It can be as simple as encouraging another woman to speak up at work when she's being treated unfairly."

These simple shifts in everyday life can have a tremendous impact on tilting the gender dynamics present in our culture and giving women the authority they deserve to fight for equal rights fairly and successfully. "That women's voices don't matter is just so embedded in our culture that most don't even realize it," Terez Tisch told us. "Surveys have shown that women, especially millennials, are the most unhappy with our government but the least likely to go to the voting booths."

Read Up on Equal Rights and Women in Politics: 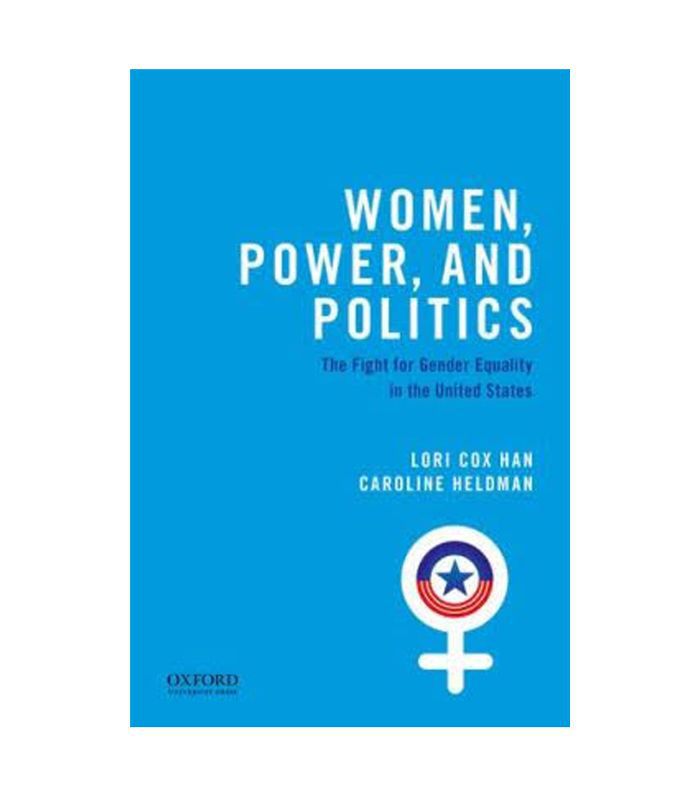 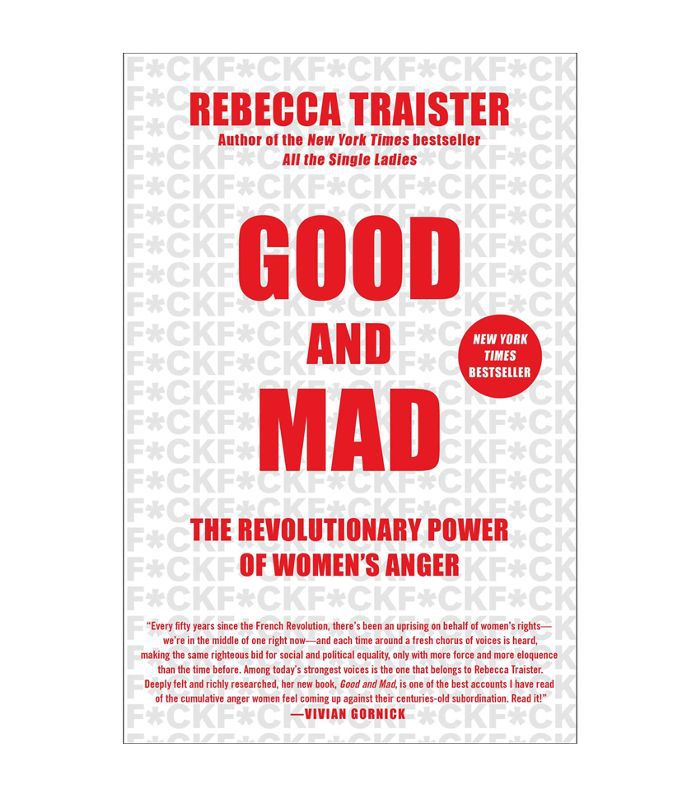 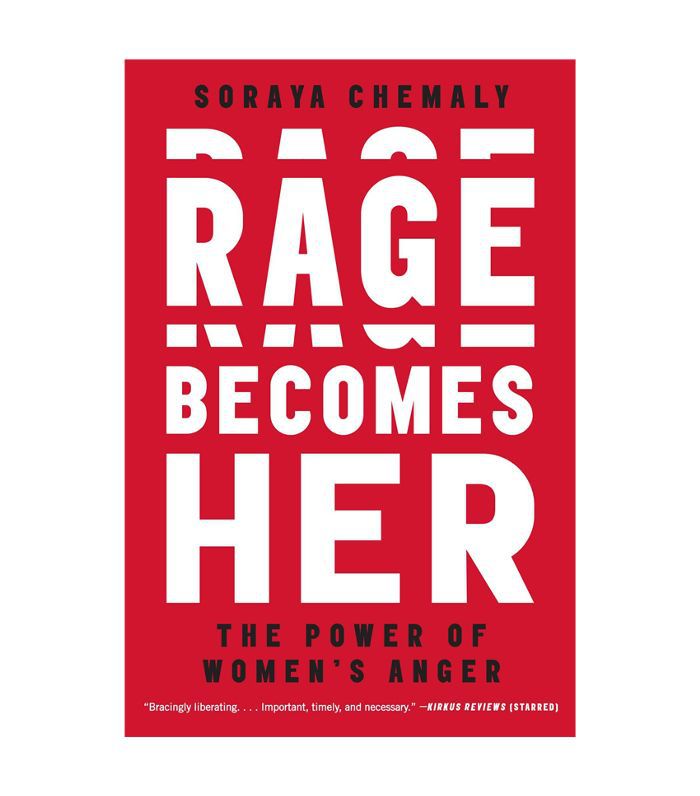 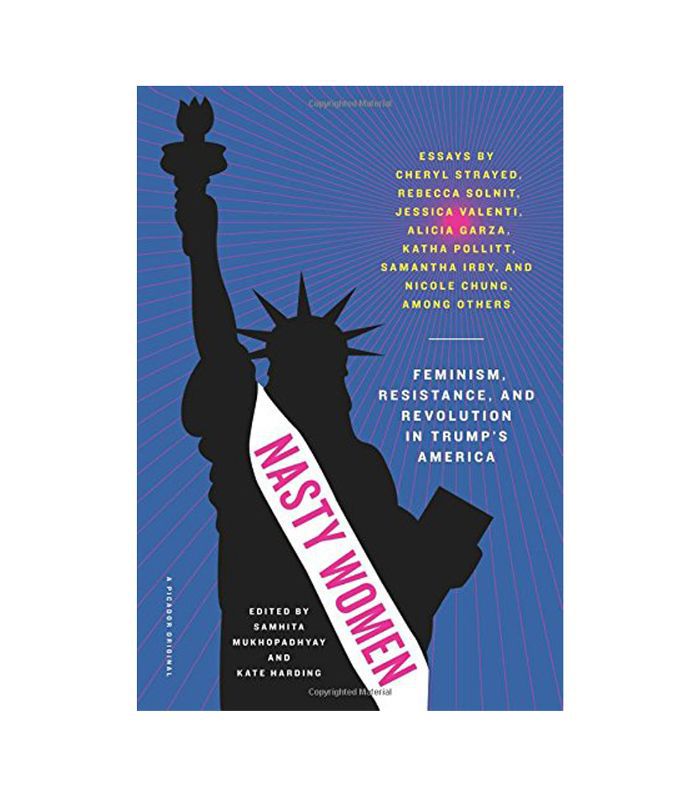 Next up: "Congress looks like a '50s country club"—four women on diversity in politics.