This Community's Changing the Food Industry for the Better

As a ninth grader, I had a fantasy about world peace that involved the largest sandwich on earth. My dream Italian hoagie would wrap around the globe, enveloping everyone on Earth in the yeasty haze of a chewy sub roll, sharp provolone, salami, and shredded lettuce. Through some sort of gluten-filled magic, we would all dine together in harmony and fellowship. Miraculously, the meal would be so good as to rid the earth of all its ailments—hunger, to begin with, but also violence, discrimination, global warming—with everyone happy, safe, represented, and well-fed.

Despite marginal progress since my well-intentioned ninth-grade dream, equal representation and inclusion across industries remain hot-button issues today (and world peace still remains a fantasy, for now). For one thing, far too many women, particularly women of color like myself, are left out of important conversations about issues that affect us and the world at large—and we’re fed up. So much so that the women of Hollywood and beyond came together for the Time’s Up movement, and there’s been a surge of women running for office—to name but two recent examples of change in the right direction.

The food and beverage industry, too, needs positive change—sexual harassment and racial inequality are troubling constants, but they can be altered for the better. Enter Julia Turshen (above) and her just-launched project, Equity at the Table. The acclaimed cookbook author of the best-selling Feed the Resistance is making real strides toward giving underrepresented demographics a seat at the table for important conversations. Per its website, EATT is an “easy-to-navigate database for food industry professionals featuring only women/gender non-conforming folks and focusing primarily on POC and the LGBT community.”

Alongside an advisory board of six other talented women, Turshen, who Epicurious dubbed one of the 100 greatest home cooks of all time, launched EATT as a resource for the community to showcase this diverse array of talent—think writers, food stylists, photographers, butchers, chefs, sommeliers, and more. Why this focus? Visibility, for one.

As advisory board member Klancy Miller (below), author of Cooking Solo, puts it, “I hope people on EATT will get more eyes on their work and from that hopefully more customers, offers, media attention, and potential collaborations. I also hope EATT will lead to new stories by and about women of color and queer women in food.” As part of the advisory board, Miller and the five others— Kimberly Chou Tsun An, Hawa Hassan, Krystal Mack, Shakirah Simley, and Nicole Taylor—are “cheerleaders for one another and EATT,” says Miller.

And I’m cheering too. As a woman of color with a side hustle in the food industry (shout-out to Bitches Who Brunch), I know firsthand the importance of such an initiative. I don’t see women who look like myself in food magazines, in the kitchen, behind the camera, or even at the wine store as often as I’d like, but I’m more hopeful now than I was just a few weeks ago. Keep reading below for my conversation with Julia Turshen to learn about how she came up with the idea, what she hopes EATT will accomplish, and more.

You write in EATT’s mission statement that the database is a response to the “blatant gender and racial discrimination that plagues the food industry.” At what point did the idea come to you? Was there a tipping point, or had you been thinking about such a project for a while?

Putting together Feed the Resistance helped me better understand how I could use my own platform as a cookbook author to move the industry I call home in a forward-moving direction. It helped me expand my own community, both professionally and personally. In doing so, I spent a lot more time listening and finding out more about experiences that other people have had and what those experiences felt and looked like. I don’t know the solutions to all of the issues that our industry faces, but I absolutely saw room for a resource that could bring us closer to some of those solutions.

What do you hope EATT will accomplish? In an ideal world, would such a database be necessary?

Yes, it would be great if the food industry (and all of the various industries that exist under its large umbrella) were already inclusive and equitable. But until then, I hope EATT will function as both a useful resource and also as a powerful community.

Who do you hope will use the database? Who can apply to be part of it? (What would you consider your most notable connections so far?)

“It’s not just about who is invited to the table; it’s also about who gets to do the inviting.” — Julia Turshen

David Chang’s documentary Ugly Delicious, which came out earlier this year, really drove home the industry’s boys club image, thanks to its clear lack of women, particularly women of color. How is it that we’re still facing this issue in 2018, when there are more noteworthy women in the industry than ever before?

Because it’s not just about who is invited to the table; it’s also about who gets to do the inviting. Whose table? We have to shift not only who is featured but also who gets to make those decisions.

Is there anyone in the industry who has been “doing it right” in terms of representation and equality? (MeMe’s Diner in Brooklyn comes to mind as an example of a restaurant that is clearly making a positive standpoint on inclusivity regarding the LGBTQ community.)

Absolutely! In terms of events, check out the lineups and conversations held at the recent La Cocina Conference that just happened in San Francisco or the Just Food Conference in New York last month or the Southern Foodways Alliance Winter Symposium in Birmingham in February. I think the upcoming Food Writers’ Workshop in Brooklyn is super inspiring in terms of not only who they are inviting but also how they have organized the event to be incredibly accessible. In terms of publications, I’ve really enjoyed watching Jarry magazine evolve from featuring primarily gay men in food to be a publication that’s more representative of the queer community. I also think Whetstone magazine is producing incredible work. There are inspiring conversations happening on podcasts, too. Check out The Racist Sandwich and A Hungry Society!

Conversations about discrimination can be hard to facilitate. How can people start such conversations (with their job, their favorite restaurant, magazine, etc.) if they feel unsure about where to begin?

How can MyDomaine readers get involved? 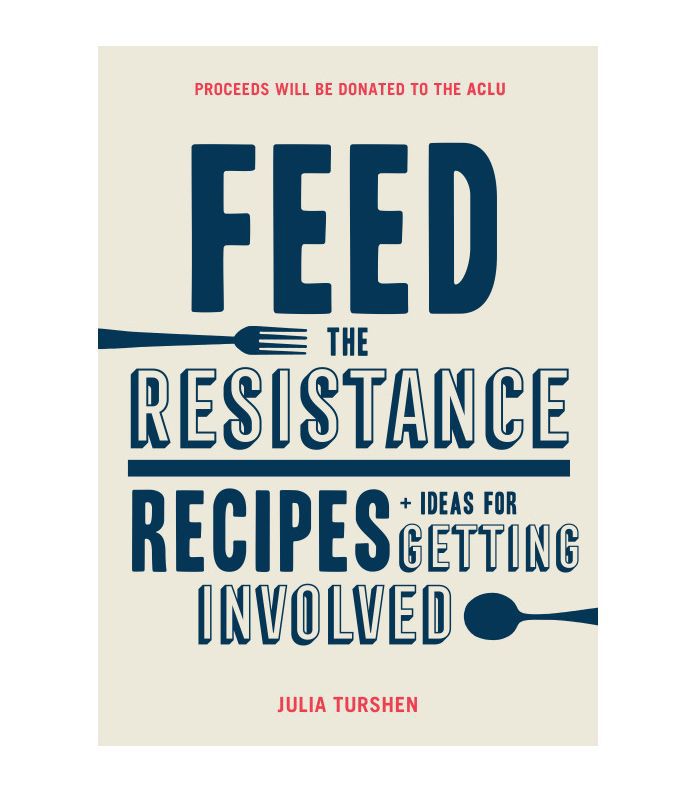 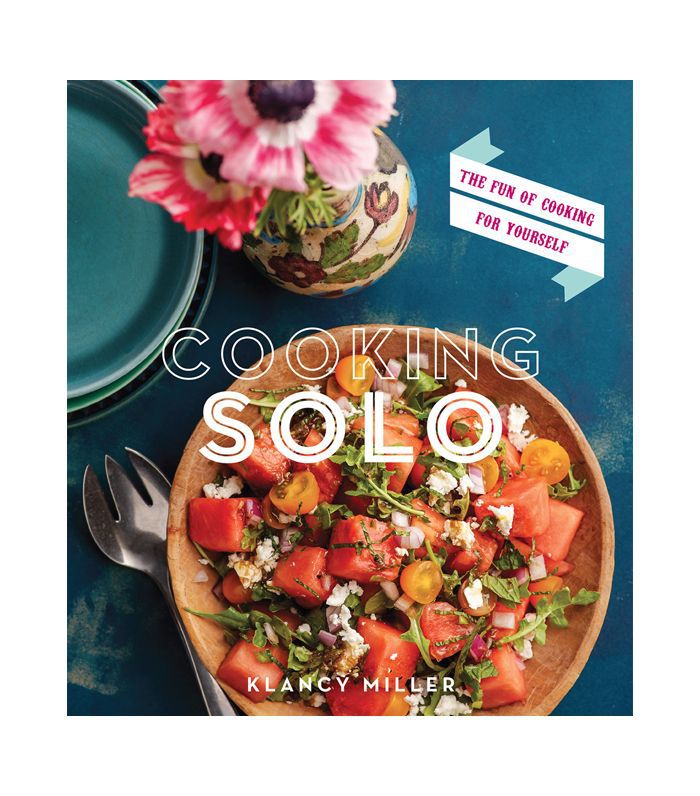 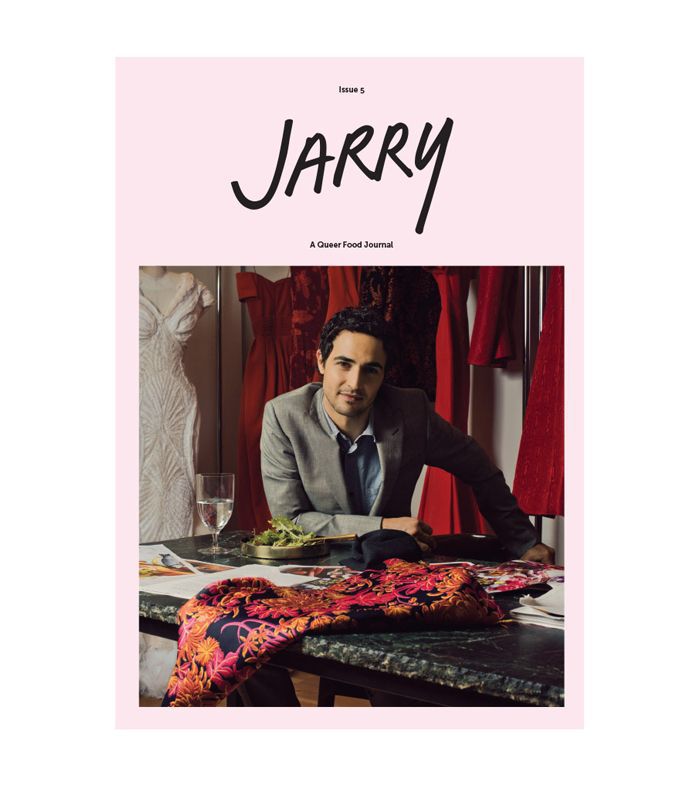