If there's one challenge we never back down from, it's styling a small space. In fact, we lean into it. When we're faced with a petite pied-à-terre or quaint quarters, we're compelled to find a stylish solution, and that's exactly what Danielle Moss and her husband, Conor Scanlon, did when they moved into her 950-square-foot home in the Gold Coast Historic District of Chicago. Built in 1912, the neoclassical building still had all the original moldings and architectural features (it was designed by noted Chicago architect Benjamin Marshall, who also designed the Drake Hotel).

The modest one-bedroom (with "the world's smallest bathroom") came complete with a little breakfast nook inside the kitchen. Despite the size setbacks, The Everygirl co-founder and blogger were convinced she and Scanlon could transform this diminutive space into their dream home.

"We had our limitations with the space given its modest footprint," she tells MyDomaine. "The kitchen and bathroom were both much smaller than in our previous places, so it was important for us to maximize space and prevent them from feeling too cramped."

Ahead Moss takes us through the major transformation with a few style notes along the way.

For this project, Moss wanted their home to be sophisticated without feeling overly formal. "We were particularly inspired by images of Parisian apartments that mixed modern furniture and clean lines with traditional architectural details," she says. While there are many pieces Moss adores throughout the new space, her greatest find was the industrial steel cabinet from her father-in-law. "Conor's dad is an antique dealer based in Atlanta, and the industrial steel cabinet had been sitting in his warehouse after he had stripped it down to the raw steel," she said. 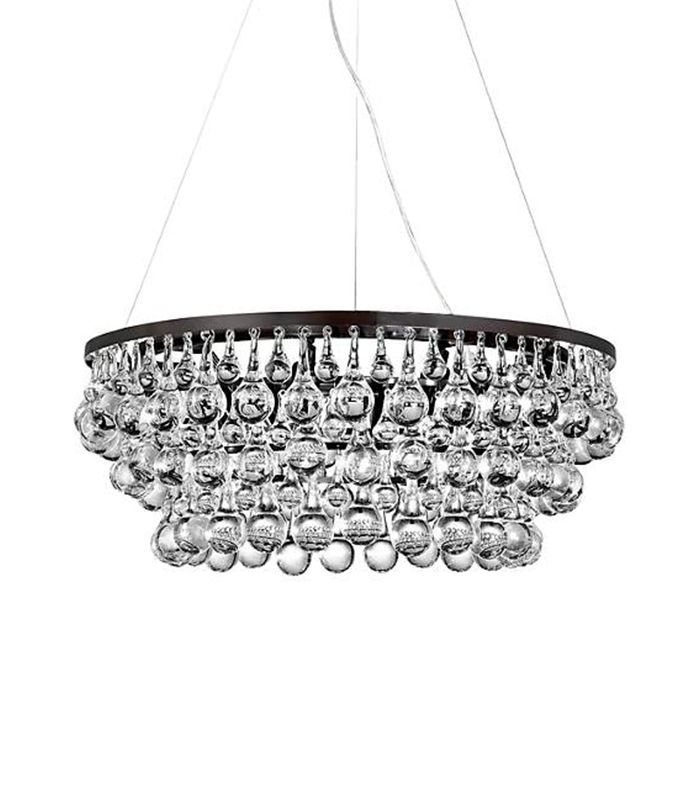 The color scheme for the new home was never in question. "My love for neutrals runs deep, so it was pretty clear we would be going with a monochrome palette," she laughs. "By sticking with the same materials throughout the apartment, it helped create a cohesive feel from room to room." The warm white paint (Farrow & Ball Wevet), sheer linen curtains, white marble, and limed oak floors ensure the room felt open and light. "The black-and-bronze hardware along with the lighting helped add some contrast and tie the various rooms together," she adds. 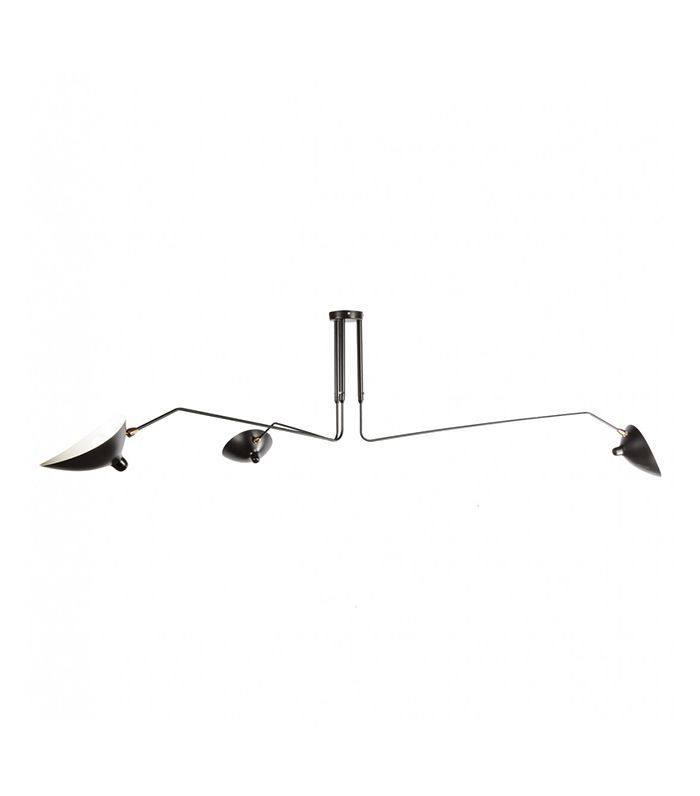 To open up the bedroom, Moss kept things minimal and clean. A large-scale painting above the bed adds further depth and visual interest to ensure the monochrome scheme doesn't feel monotonous. 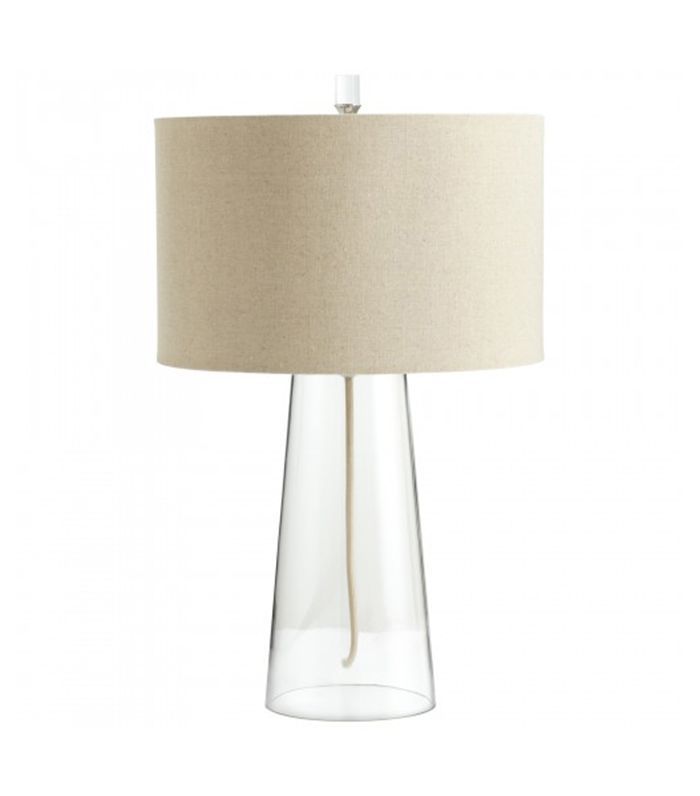 An oversize mirror in gilded gold tones adds further dimension and the illusion of space. Not to mention it adds an ultra-chic touch. 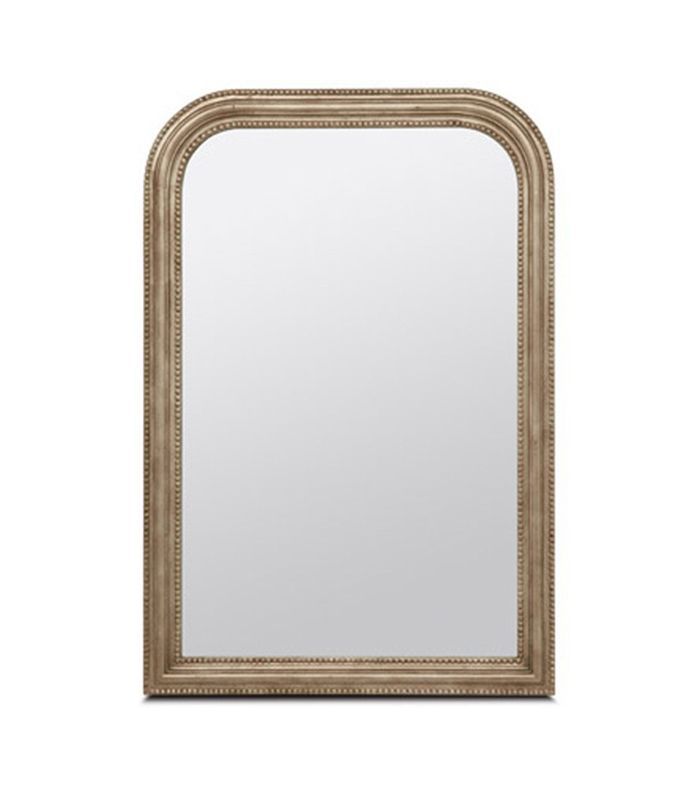 Moss peppered in sculptural pieces to bring a design element to the vanity. Keeping this space organized and clutter-free is key to ensuring a small space feels open and light. 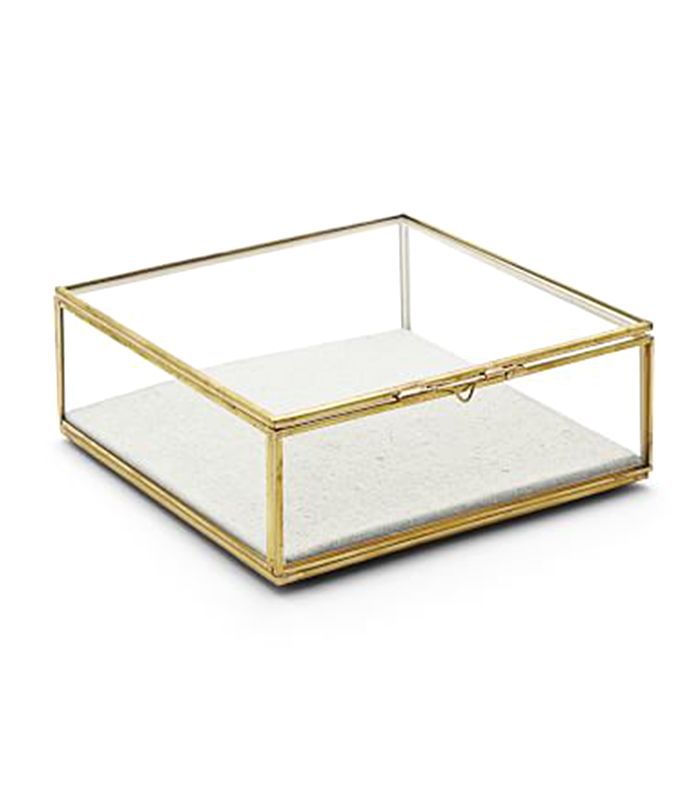 Since the bathroom was much smaller than previous spaces they'd lived in before, it required a complete overhaul. They covered it in wall-to-wall tiles in neutral tones to breathe new life into the space, and they added a mirror next to the window to maximize the natural light. 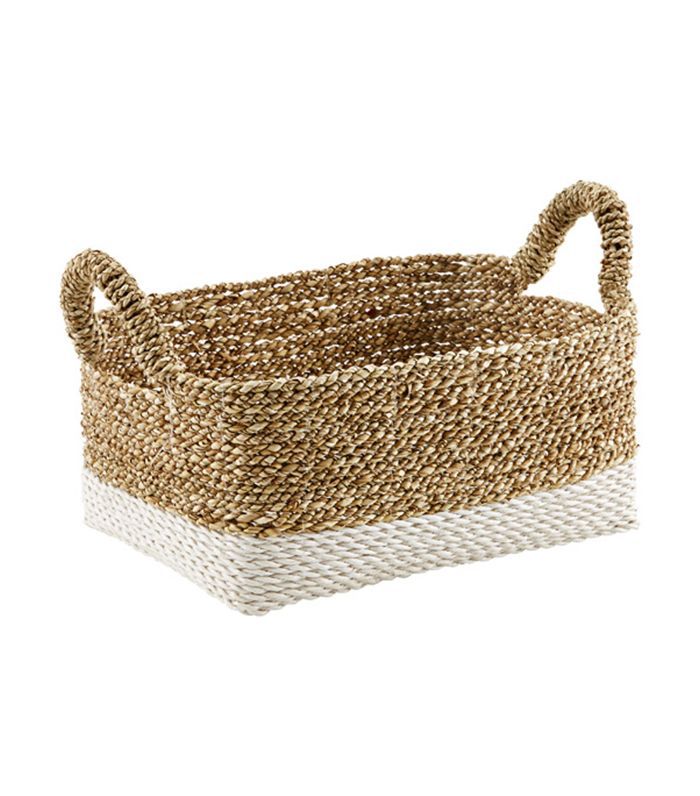 The traditional faucets and sink worked well within the neoclassical theme of the building design. 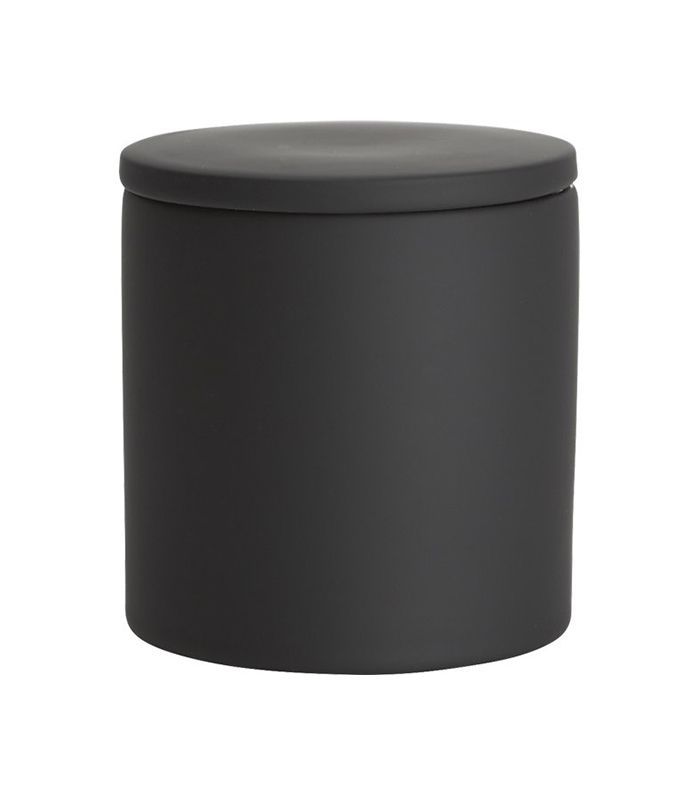 Along with the bathroom, Moss completely redid the kitchen. They added stained herringbone floors throughout, painted, changed out lighting and fixtures, and they even added ceiling medallions. 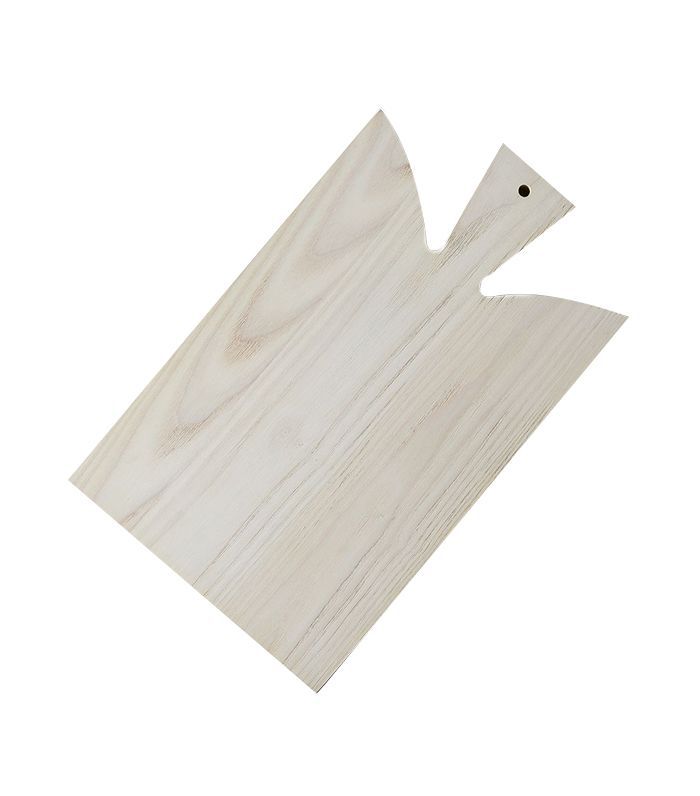 No renovation is complete without its challenges. "Our first month living here, we didn't have a kitchen," she explains. "We couldn't make anything except coffee and washed our mugs in the bathroom. The wall of marble shelves wasn't properly supported at first, so those slowly dislodging from the wall was a little scary. It could have been a very big (and expensive) disaster. The perpendicular slab of marble to the left of the sink had to be added later to support all the weight of the shelves." 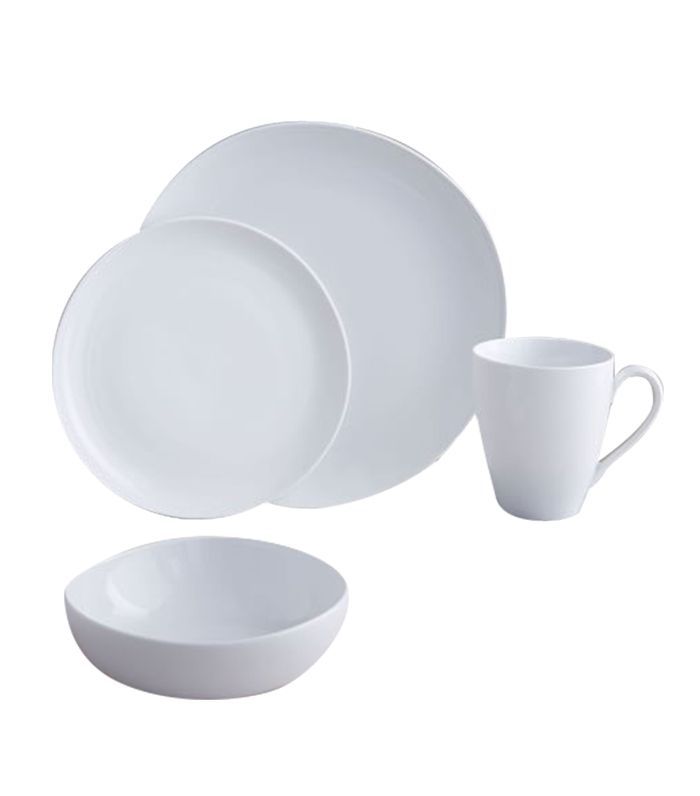 Moss elevated the little breakfast nook in the kitchen with Thonet dining chairs and mixed hanging globe pendant light from Rejuvenation, which were all within the monochrome color scheme of course. 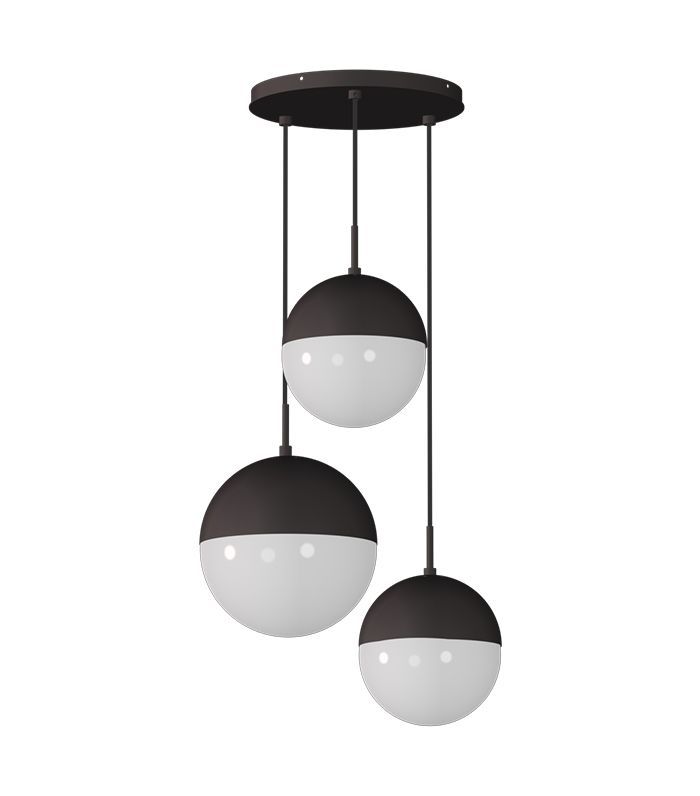 The artworks are carefully curated throughout the home to bring the tonal palette to life. 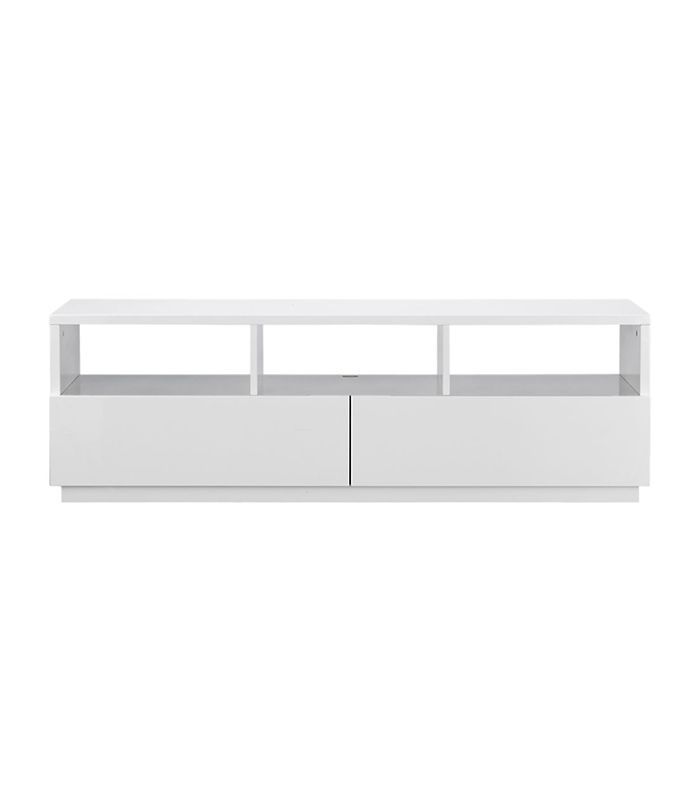 Every home needs a secret cupboard, especially one that also doubles as a bar.

If Moss had to play favorites, the sofas would top the list. "We ordered them even before moving in," she says. "They're really special to me since my business partner and I designed the sofa as part of a collaboration between The Everygirl and Interior Define. We love how the two sofas facing each other lends itself to entertaining and conversation. It's also great for watching movies." 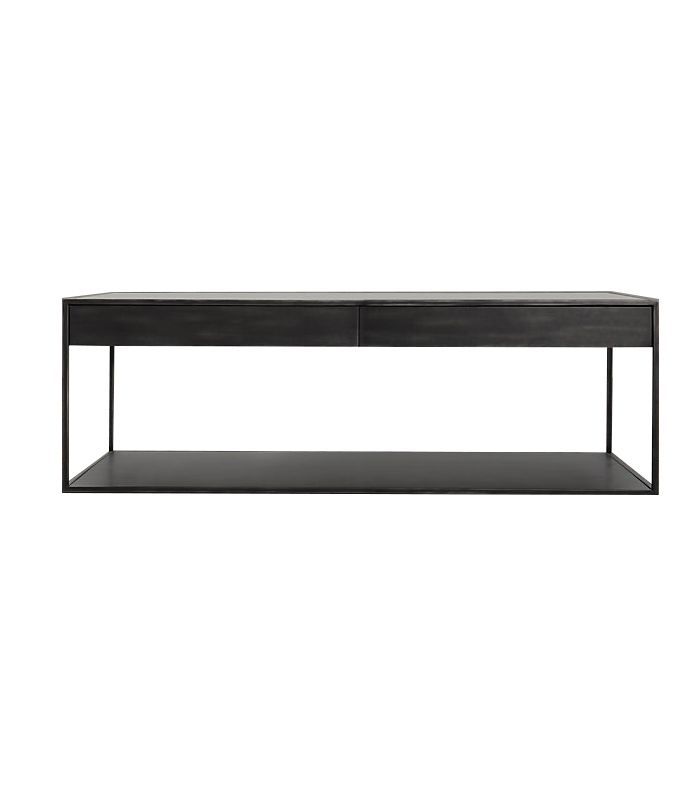 The couple didn't bring much into the home when they eventually moved in, in fact, they sold off almost everything. "We put a few of Conor's old pieces in storage before moving in together," she explains. "Conor brought the art in our living room, and I came with our bedroom dresser, dining chairs, and side table in the living room." 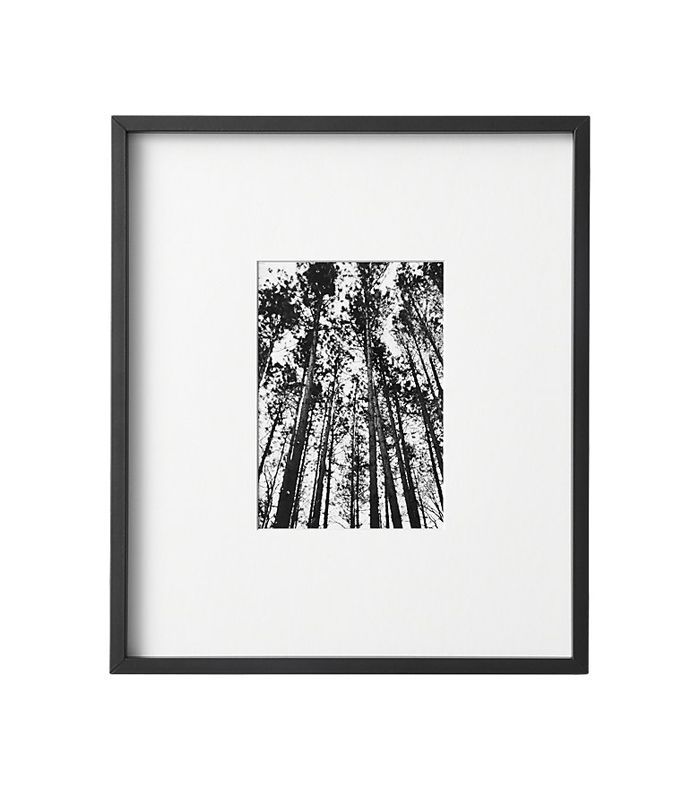 A few sentimental pieces were reserved for vignettes and smaller moments in the living room to bring a touch of personality. 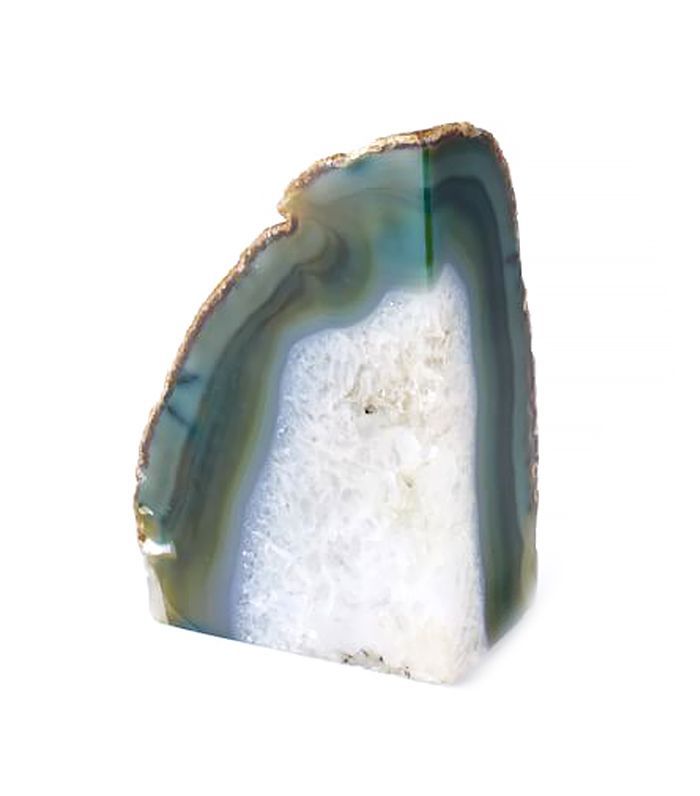 All the architectural details of the building were kept in their original state with a few additions to ramp up the heritage feel. "Even though we added the herringbone floors and plaster ceiling medallions ourselves, they feel like they've been here the whole time and totally tie in with the charm of the space," she says. 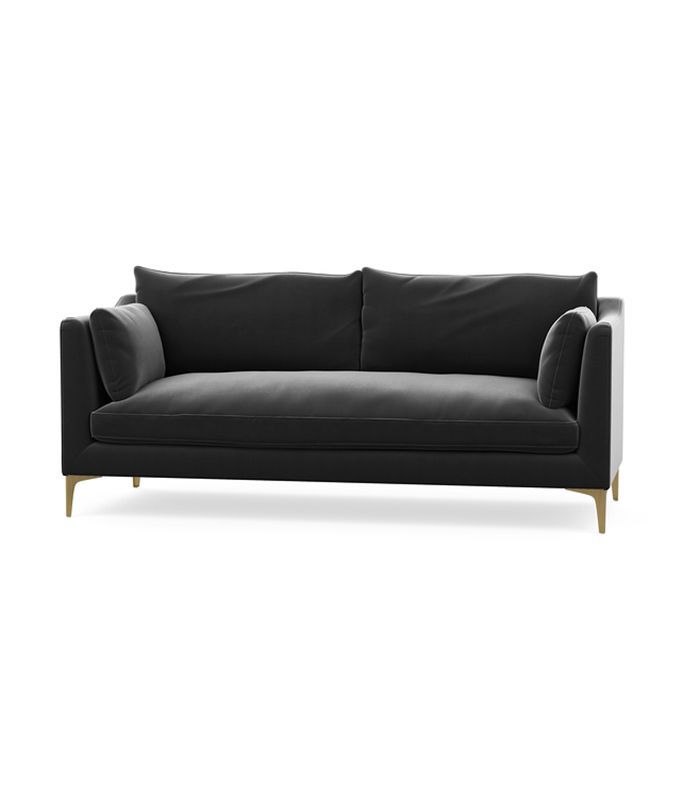 Their new abode was the perfect fresh start to come home to after tying the knot in Paris.