From Chip and Joanna Gaines's modern farmhouse pieces to minimalist housewares by Made by Design (and everything in between), Target (pronounced "tar-jay" by woke fans) remains one of our absolute favorite spots to cop quality goods with impeccable style. And just try to imagine a time when you walked out without purchasing at least one thing that wasn't on your list. But, despite continuously spending hundreds of dollars on impulse buys, we wouldn't have it any other way.

Considering how much we love the mega-retailer, we're taking our Target obsession to the next level by Google-stalking the big-box giant. So if you love the big bull’s eye as much as we do, these surprising, little-known Target facts will certainly tickle your fancy—and may even save you some money along the way.

In 1902, real estate developer George Draper Dayton incorporated Goodfellows Dry Goods in place of a burned-down church on Nicollet Avenue in Minneapolis, Minnesota. By 1965, Goodfellows had morphed into what we now know as the Target Corporation, becoming the world's first mass-market discount store that's still headquartered in the same spot. 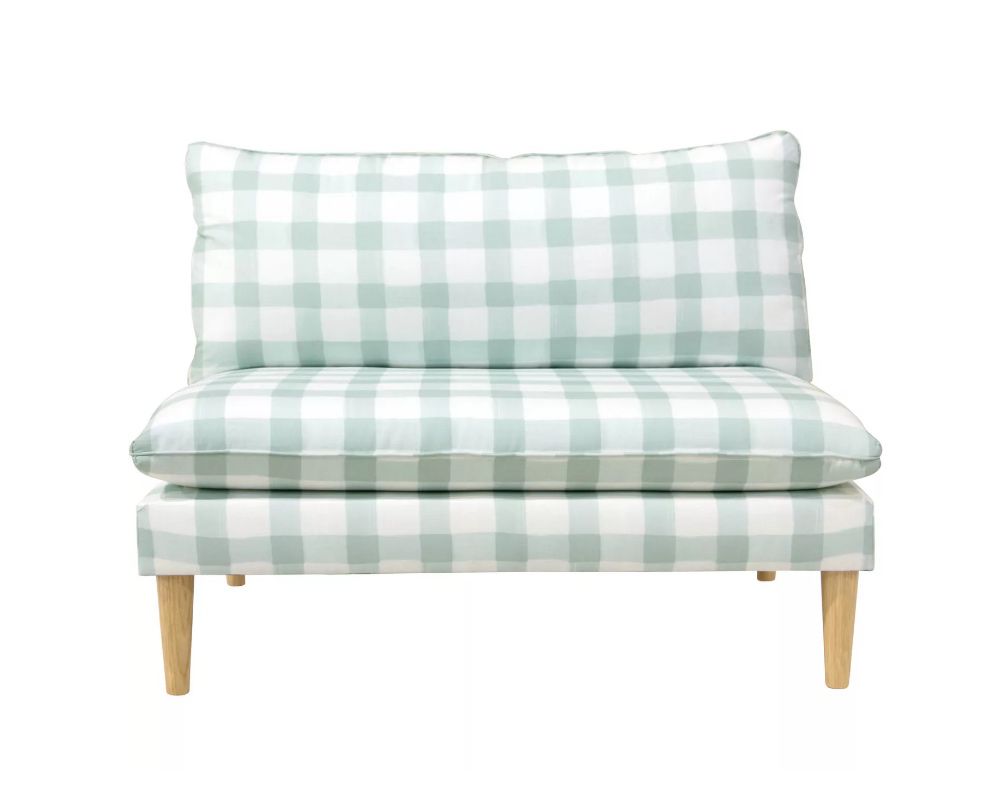 Those huge, red concrete balls parked in front of every Target location aren't odes to the store's aesthetic, although the large spheres are apropos of the brand's logo. Rather, they were erected as a safety precaution that prevents vehicles from plowing through its doors, and into unsuspecting shoppers. 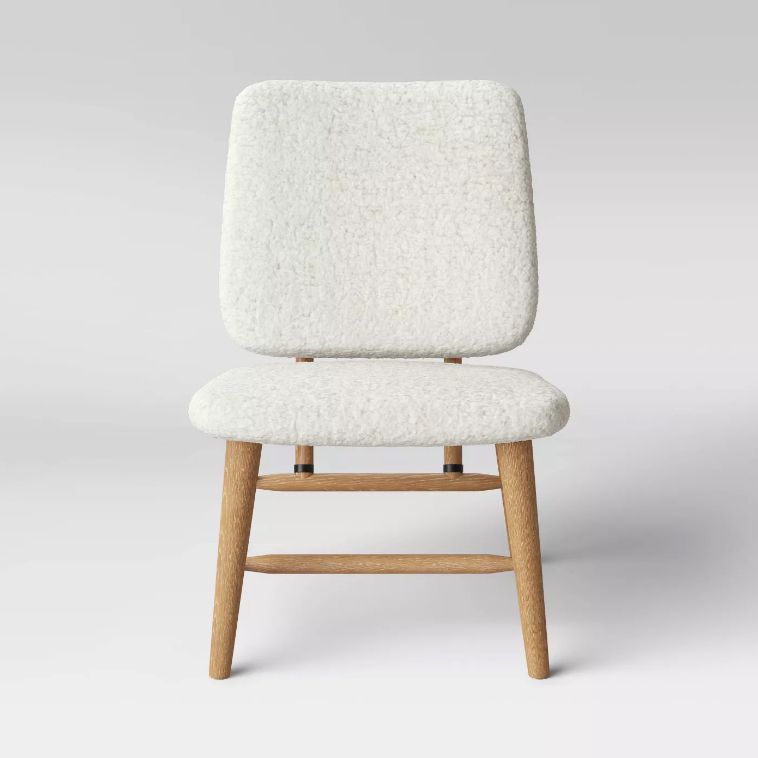 In March 1993, Target opened 11 stores in the Chicago metropolitan area—all on the same day. And this history-making feat is still a record number. The aggressive launch was deemed an act of retail war on fellow discounters, Wal-Mart and Kmart, as all three were already well embroiled in bids to out-price one another. And that year, Target also accused Wal-Mart of playing fast and loose with its comparative pricing, forcing the Sam Walton-led company to scrap its misleading slogan, "Always the low price. Always," and adopt the more innocuous, "Always low prices. Always"). 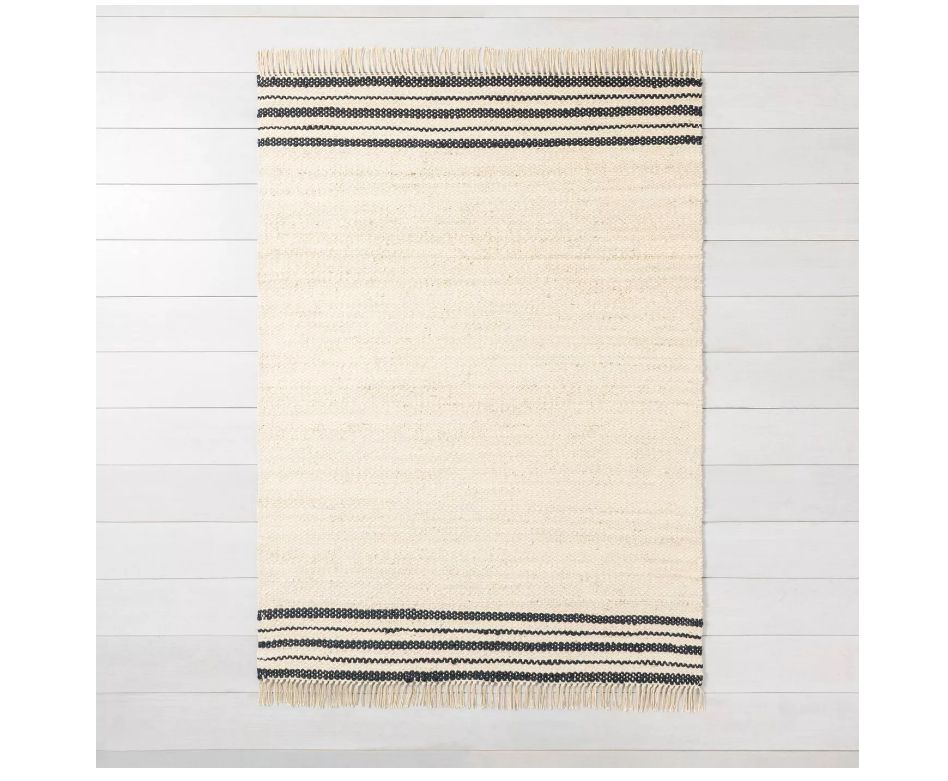 Let's say you've had your eye on something but don't want to pay full price. Scoring a deal on something before it sells out really depends on the day you choose to make that Target run. According to AllThingsTarget.com (a site dedicated to those who love to shop there), you should hunt for markdowns on everything from beauty products to sporting goods on the following days. Typically, you can expect any item's first markdown price to be 30% off. 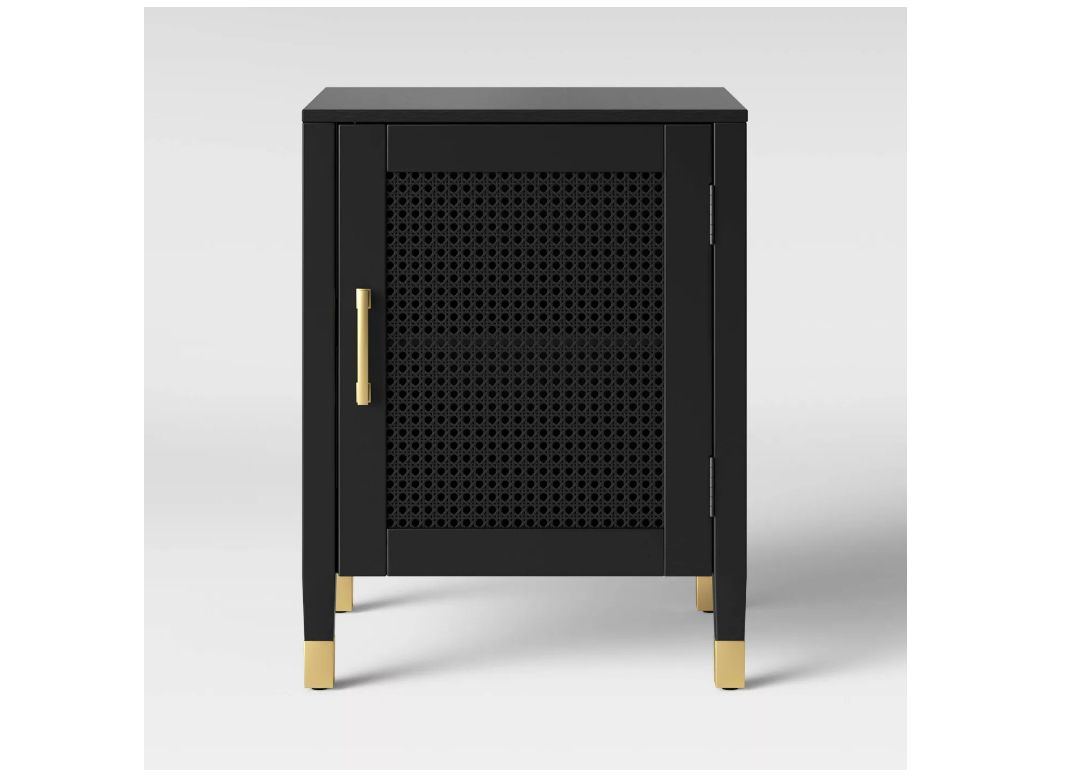 Whenever you're shopping in-store and you see a price ending in $0.06 or $0.08, it means that Target will mark that item down again (as long as inventory exists) after two weeks have elapsed. But when a price ends in $0.04, it's usually considered "final clearance," and is, therefore, the lowest possible cost for that item.

When a Target item is marked down, the number printed in the upper right-hand corner of its price tag connotes the percentage by which it has been discounted. 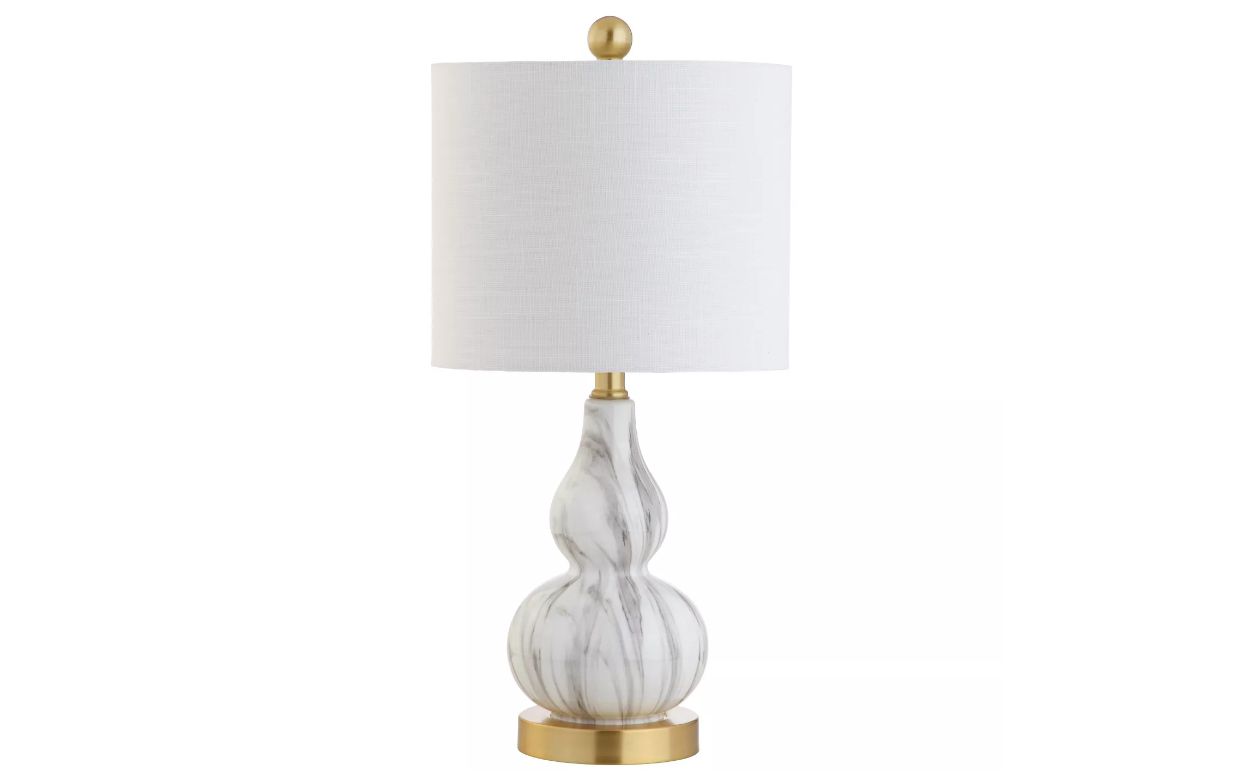 In a Big Brother-esque twist, Forbes maintains that “Target has figured out how to data-mine its way into your womb, to figure out whether you have a baby on the way long before you need to start buying diapers.” This somewhat creepy revelation came on the heels of a story The New York Times ran about a father’s indelicate discovery of his teenage daughter's pregnancy. His complaints to Target about receiving seemingly random diaper coupons pointed to hard data that—correctly—suggested she was with child. 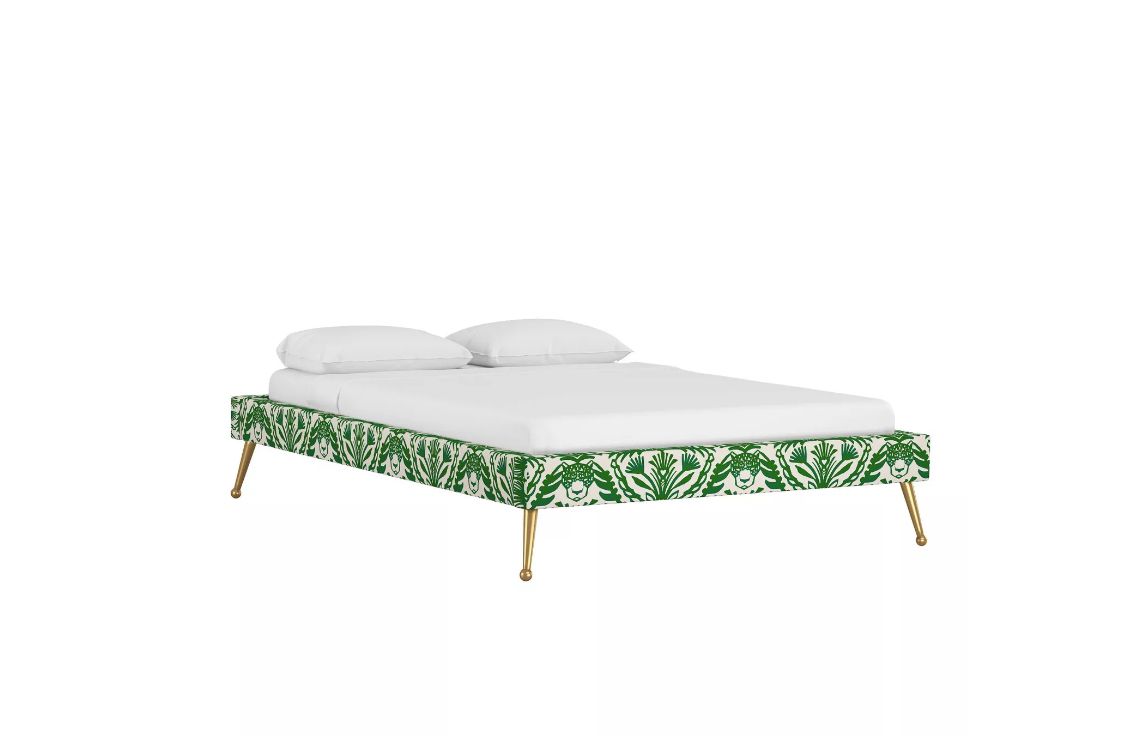 Target's mascot, a pretty, white Bull Terrier named Bullseye, was introduced to Target's marketing plan in 1999—but the total number of Bullseyes the company has gone through in the last 20 years remains a closely guarded secret. Fun fact: The red, bulls-eye pattern on the dog's face is vegetable-based, nontoxic paint that's actually approved by the Humane Society. Perhaps the most pampered pooch this side of Minneapolis, the VIP pup has a closet full of custom-made outfits for special events, including an Iditarod parka and booties, and has even been spotted flying first class. 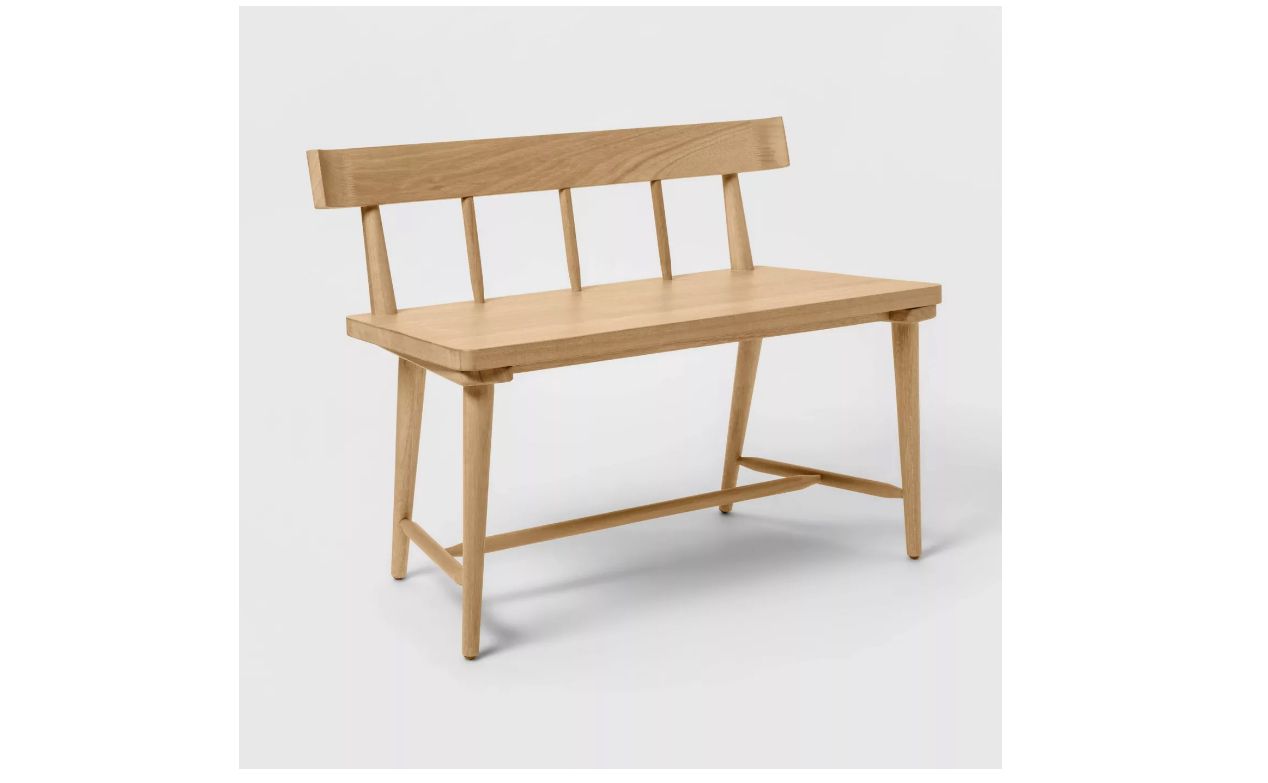 Target currently invests 5% of its profits into the communities it serves, especially via its Target Foundation, which donates roughly $9 million every year in grants toward housing and workforce development in under-resourced neighborhoods throughout Minneapolis.

Since 1994, its plastic hangers have been recycled via a closed-loop, zero-waste reuse program. And according to Target's blog, The Bullseye View, "In 2017 alone, the number of hangers we saved from landfills could circle the globe nearly five times." The company also gives customers back five cents per each reusable bag used during checkout, returning more than $3.5 million to its customers in 2018.

Target has even committed to sourcing 100% sustainable cotton products by 2022—and it's now working with Nest Ethical Handcraft Program to give shoppers clearer indications that certain handmade items are responsibly sourced in other countries. Freshwater stewardship, a willingness to reduce its carbon footprint, and a general commitment to diversity and inclusion in its workforce are just several more of the company's tenets—and its list of philanthropic and eco-conscious causes goes on. 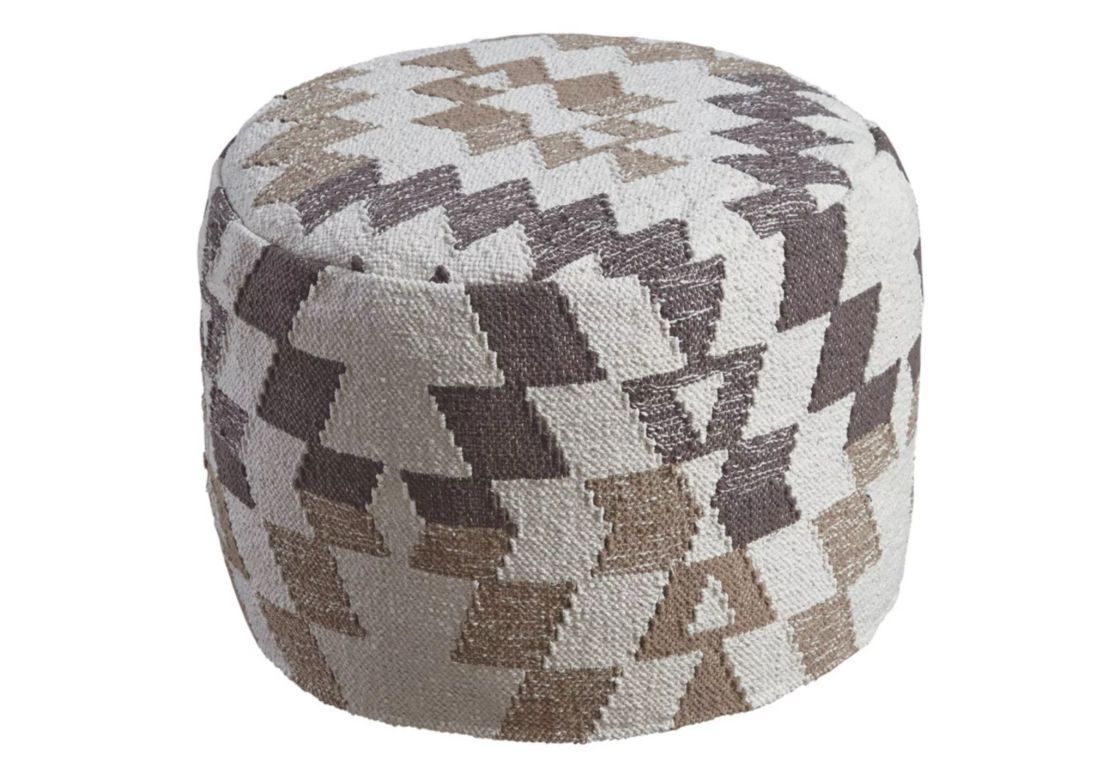 Regardless of where, or how, you purchased your Target product, returns by mail never incur shipping fees. Simply visit the online return center, print out a prepaid label, and Bob's your uncle. Plus, if you'd like to return something in-store but you lost (or don't have) your receipt, Target's Guest Service can easily find it via your original method of payment. 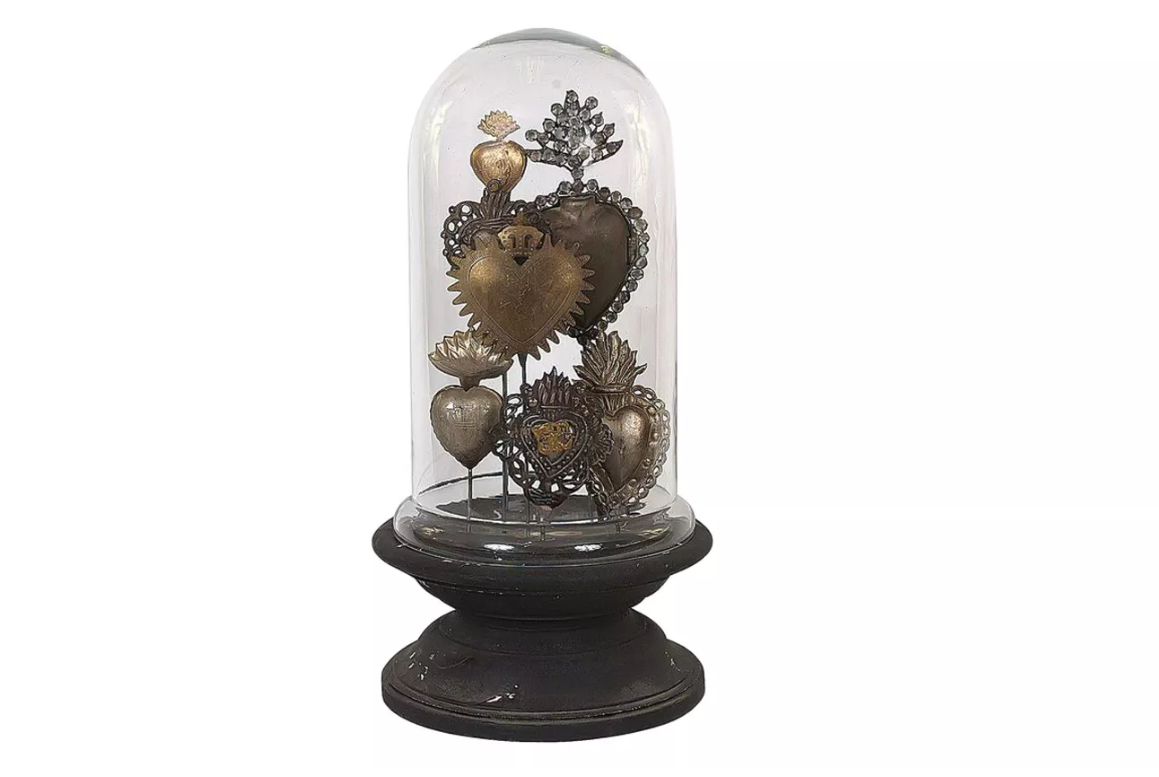 Target Is An Innovator

Despite the demise of former-heavyweight discounters retailers (JCPenney, Kmart, Sears) in this notoriously difficult retail landscape, Target has grown to be the country's eighth-largest retail brand, with retail sales surging past $75 billion in 2018. And while its profits rise, Target is also rising to the climate's growing challenges. In 2018 alone, the store opened more than 24 easier-to-shop and smaller-scale store formats, adapting to the changing needs of shoppers in urban areas and those near college campuses.

Fast Company has named Target one of the world's 50 most innovative companies, due largely to its adoption of Amazon's same- and two-day shipping practices, and because, over the past three years, it released more than 20 private-label lines that have easily garnered cult status. Six of which (and Project 62 is among them) earn more than $1 billion apiece. And if all that's not cutting-edge enough for you, the company also pledges to raise its minimum wage to $15 (currently $13) by the end of 2020.

We know you want to. 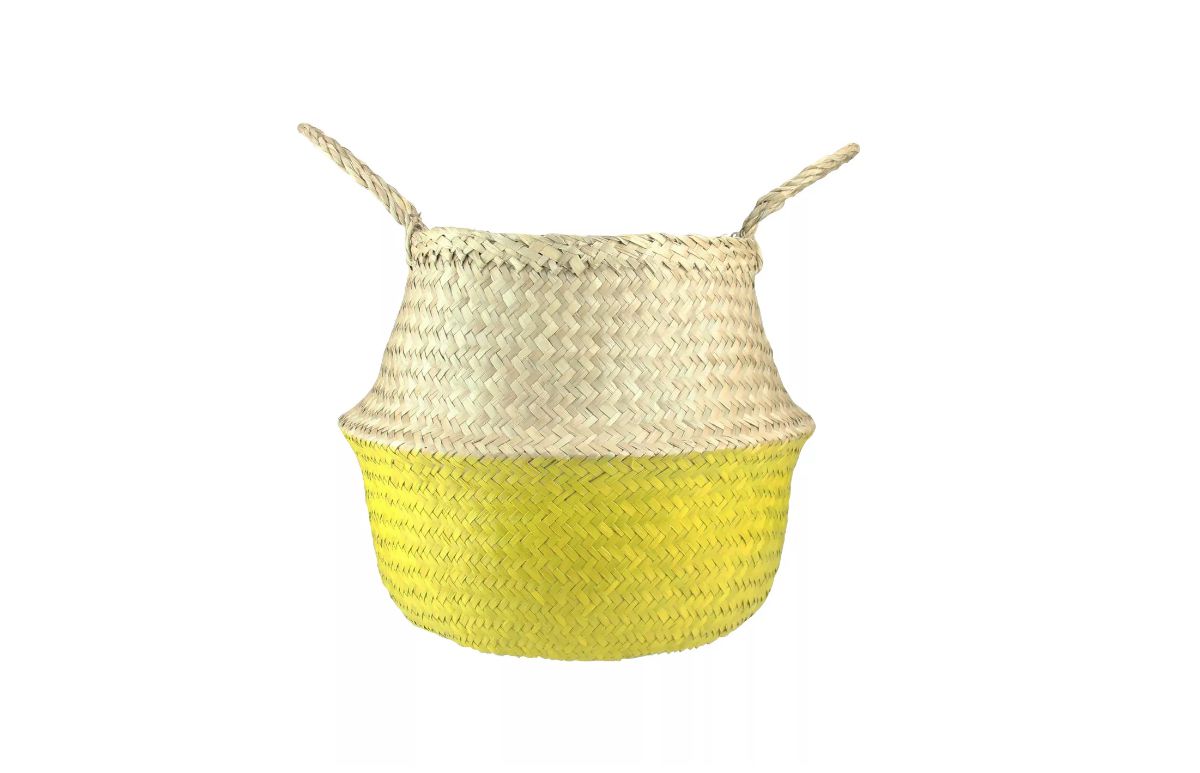 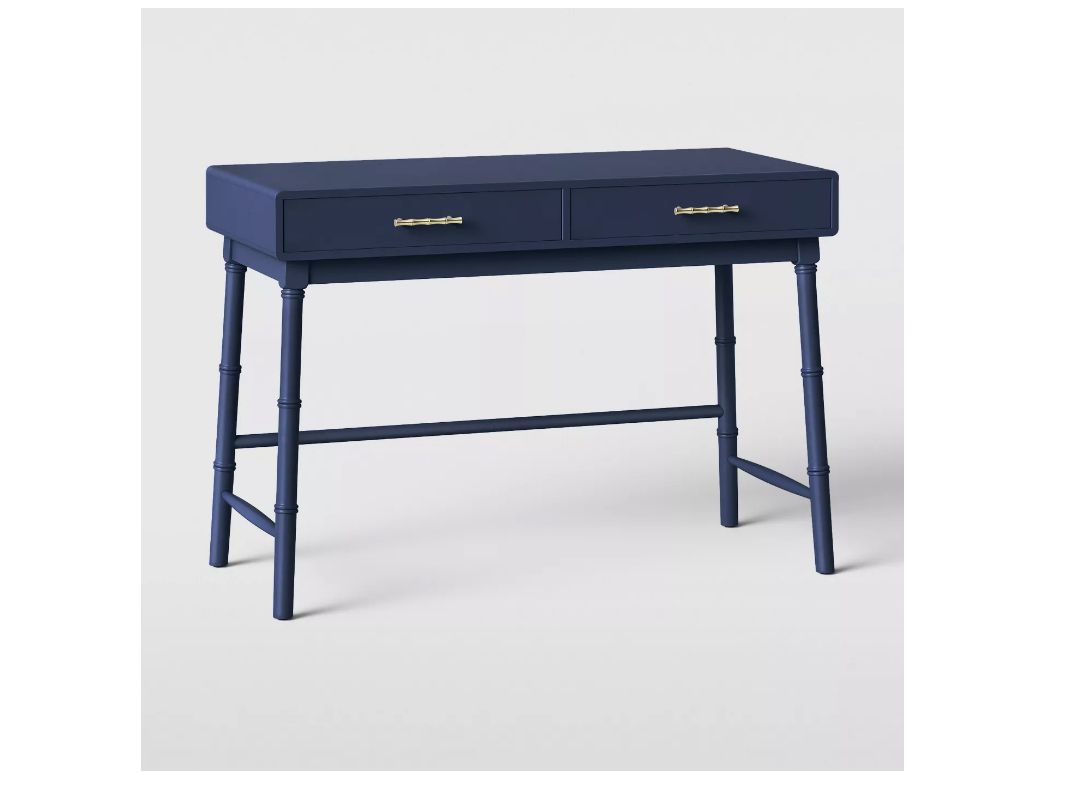 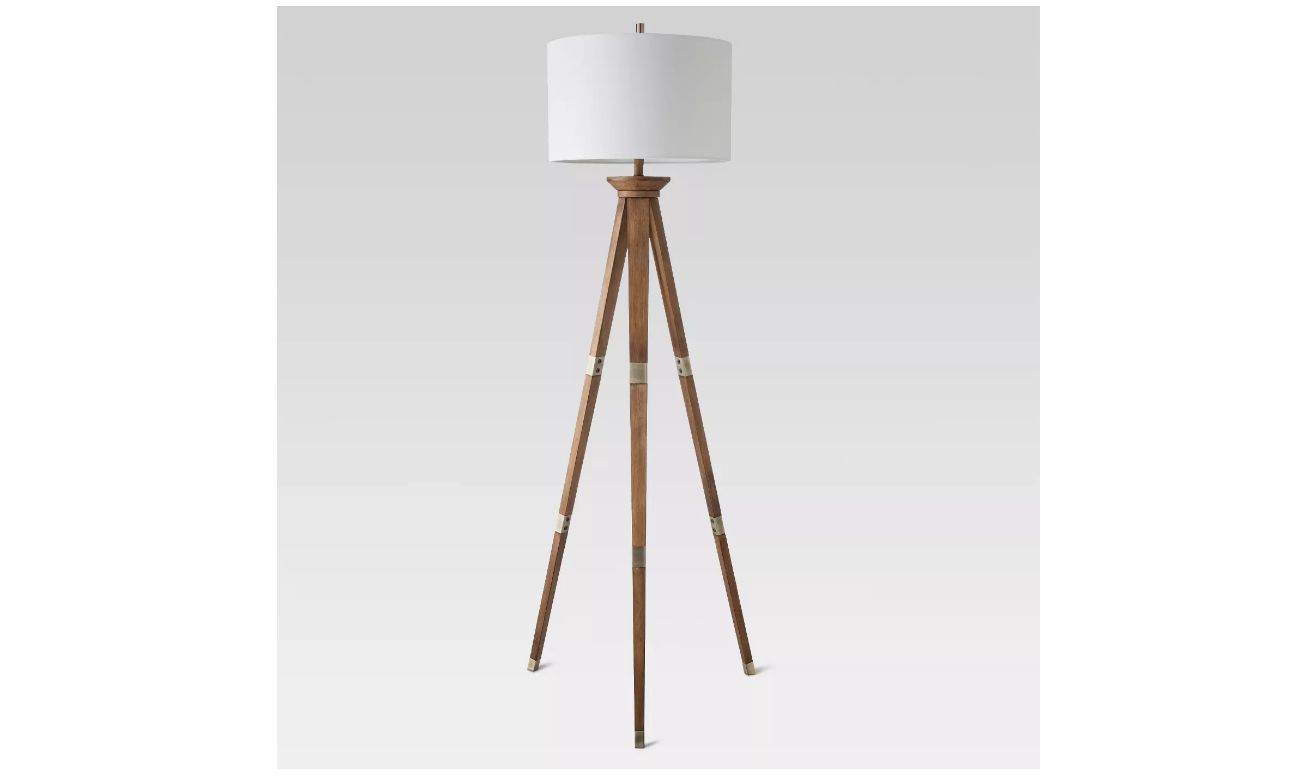 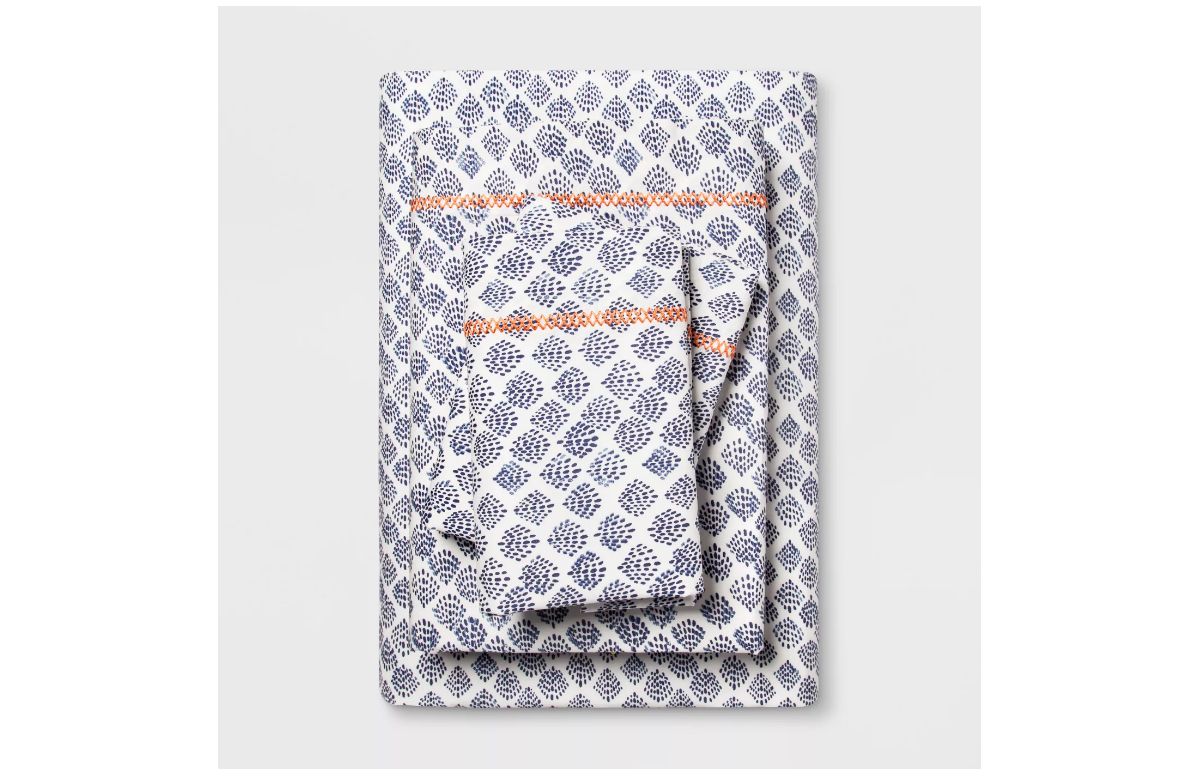 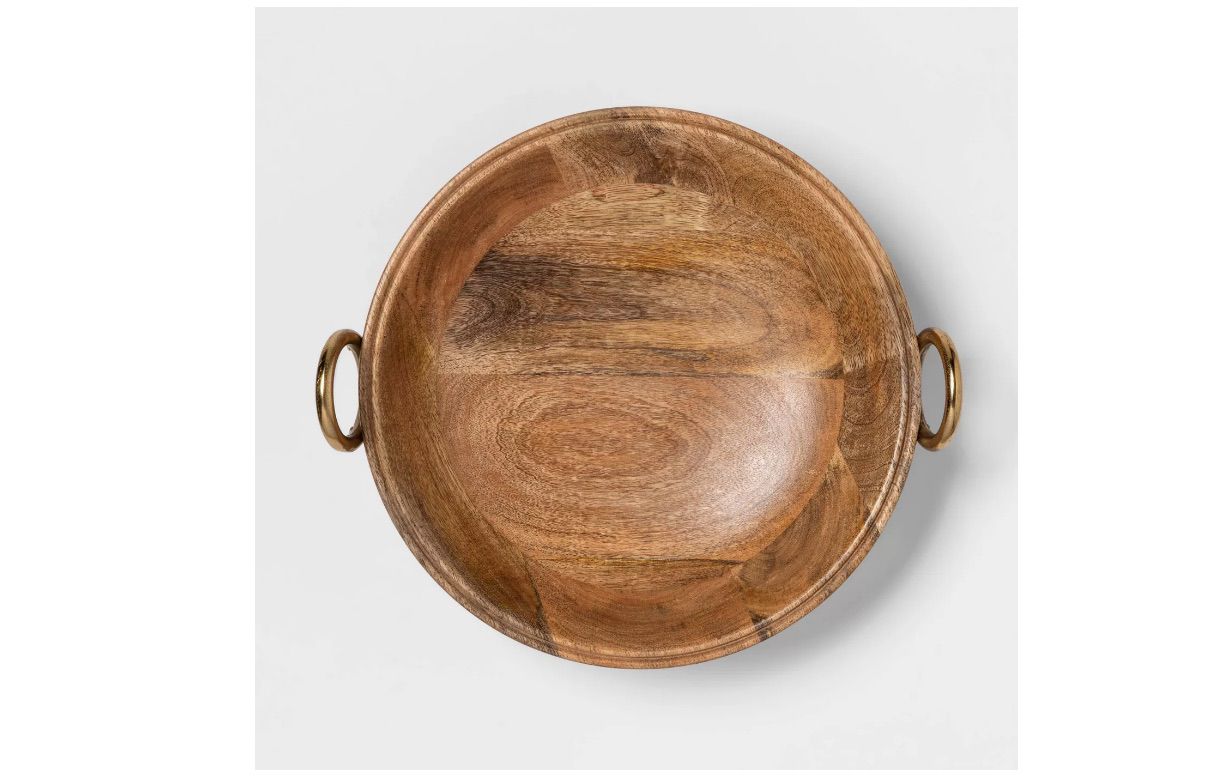