8 Iconic Cocktails Made Famous by Hollywood

Long before Jeff Daniels' character, The Dude, sipped White Russians at the bowling alley bar in The Big Lebowski (1998), other Hollywood heroes and heroines trademarked boozy beverages of their own. And because actors are so revered for their style and panache, their films have often catapulted their chosen quaffs—some bubbly, some dry, some with a single lemon twist—to mainstream popularity.

To help you channel a touch of cinematic magic the next time you imbibe, we rounded up eight iconic cocktails with the silver-screen stamp of approval. So party on, and drink responsibly when you raise these famous Hollywood cocktails.

Nick and Nora Charles, characters of The Thin Man series, are probably the first and most famous duo of drinkers, with a beverage in hand in every other scene. The Bronx, a popular pre-Prohibition libation, combines gin, sweet and dry vermouth, and a splash of orange juice, shaken to a two-step time, as Nick famously suggested. The drink was ranked third in “The World’s 10 Most Famous Cocktails in 1934,” likely thanks to the comedic mystery series starring Myrna Loy and William Powell. As for its origin story, many believe The Bronx was concocted at Big Brass Rail bar in 1906, located inside the Waldorf-Astoria Hotel. 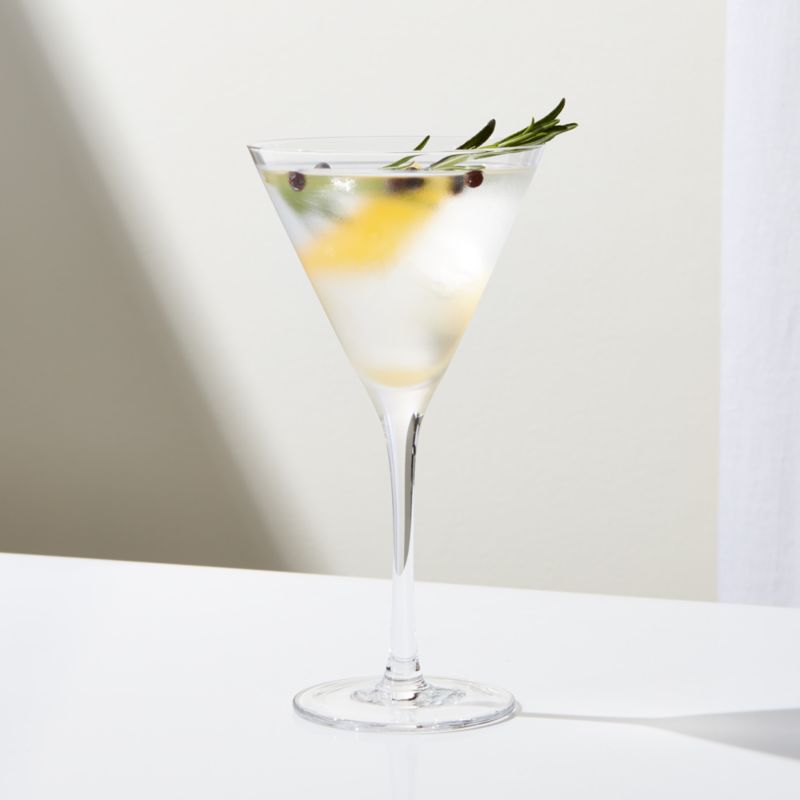 Alhough the Cosmopolitan, Carrie Bradshaw-and-crew’s drink of choice in Sex and the City (1998–2004), has a long history (a version with gin may date to the 1930s), it wasn’t until the ’90s and early aughts that it became truly popular. It will likely be forever tied to the image of a group of girlfriends out on the town enjoying drinks and debauchery. Its beginnings may have evolved from the Daisy—a spirit, sweetener, and citrus, which is a similar structure to the Cosmo we know today, reports VinePair. To make a Cosmopolitan, shake cranberry, lime, Cointreau and vodka, strain and serve over ice in a martini glass a la Sex in the City. 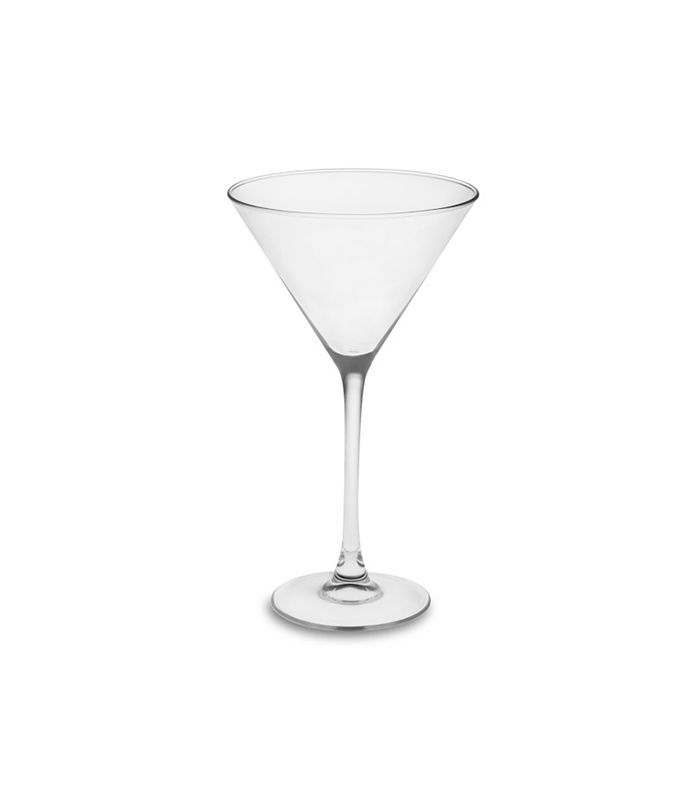 Dating back to World War I, the French 75 is said to have received its name because the drink had such a kick that it felt like being hit with the powerful 75mm Howitzer field gun carried by the French and the Americans. Around since the 1930s, the French 75 was popularized in America in the 1940s thanks to Casablanca and Humphrey Bogart’s and Ingrid Bergman’s irresistible stylishness. Typically, a French 75 is comprised of a refreshing mix of gin (or maybe cognac) with lemon, sugar, ice, and Champagne, explains Liquor.com. 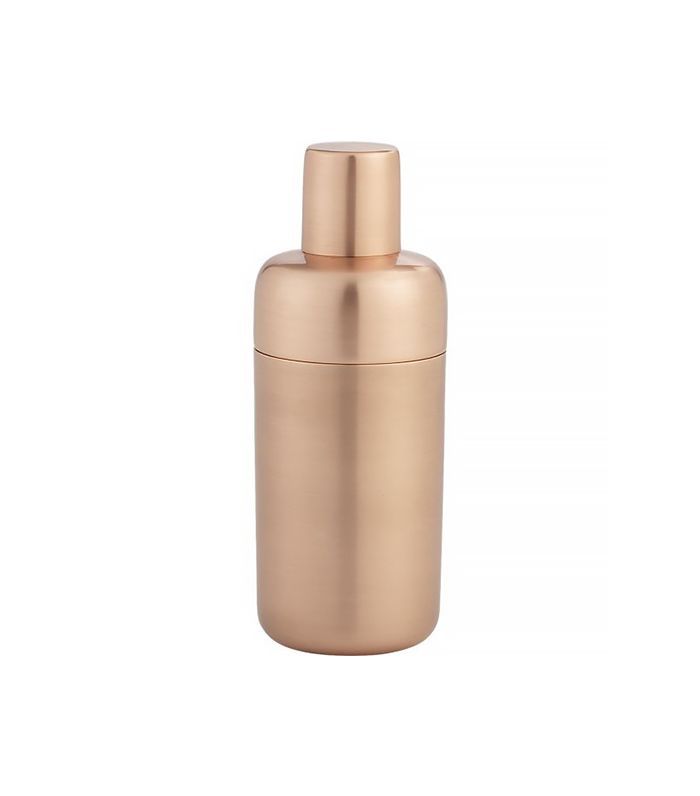 Another famous drink from the movies, The Gibson cocktail makes a cameo appearance in Alfred Hitchcock’s 1959 classic, North by Northwest, in which an ad exec (Cary Grant) finds himself flirting on a train car with a beautiful woman (Eva Marie Saint). The Gibson actually has a storied Hollywood history and also made an appearance as Bette Davis' drink in All About Eve (1950). According to Imbibe magazine, The Gibson swaps a classic olive or citrus twist in a dry gin Martini for a pickled pearl onion. 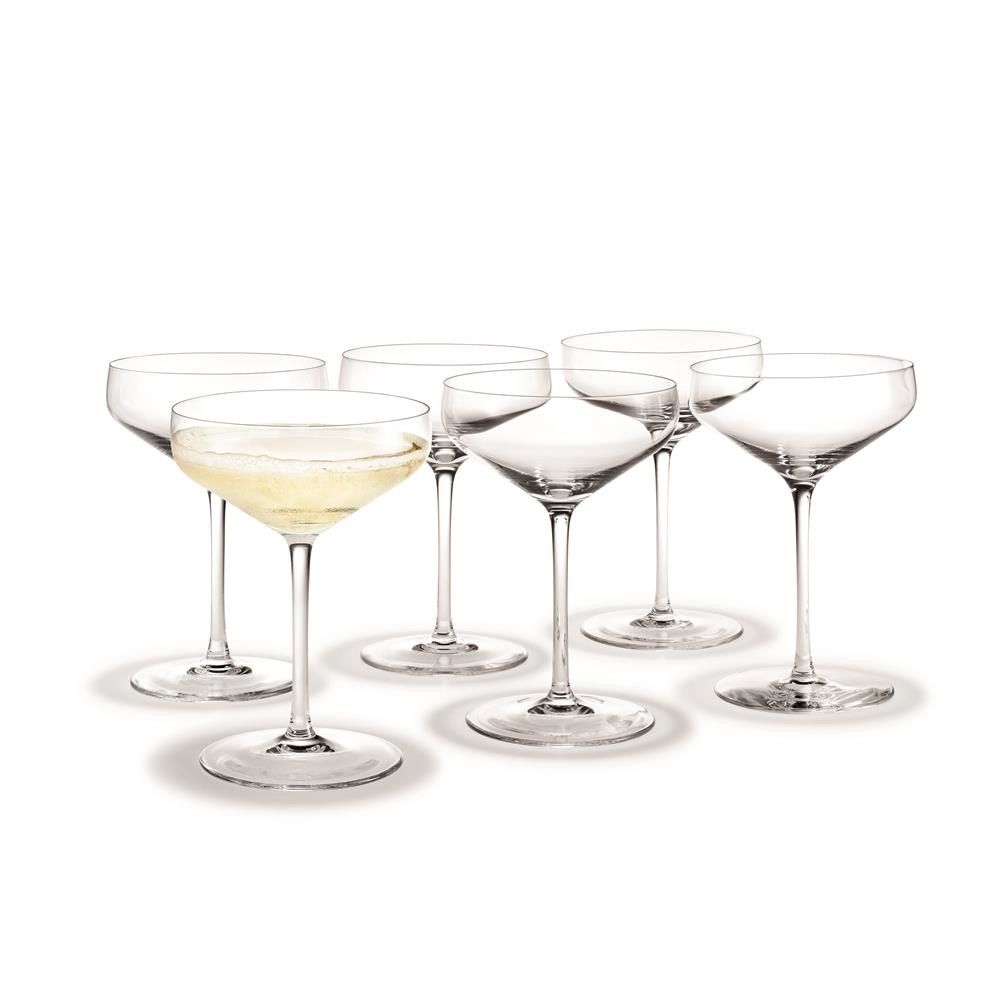 One of the oldest cocktails in existence, the Manhattan dates back to the 1880s. But in the film Some Like It Hot (1959), Tony Curtis, Jack Lemmon, and Marilyn Monroe use a drumstick, cymbal, and hot water bottle to stir one up while on a train. If that doesn’t seal its iconic status, nothing will. The classic cocktail hasn't changed much since the 1900s, reports The Daily Beast—two parts rye, one part sweet vermouth, two dashes bitters, and garnished with a cherry or twist. 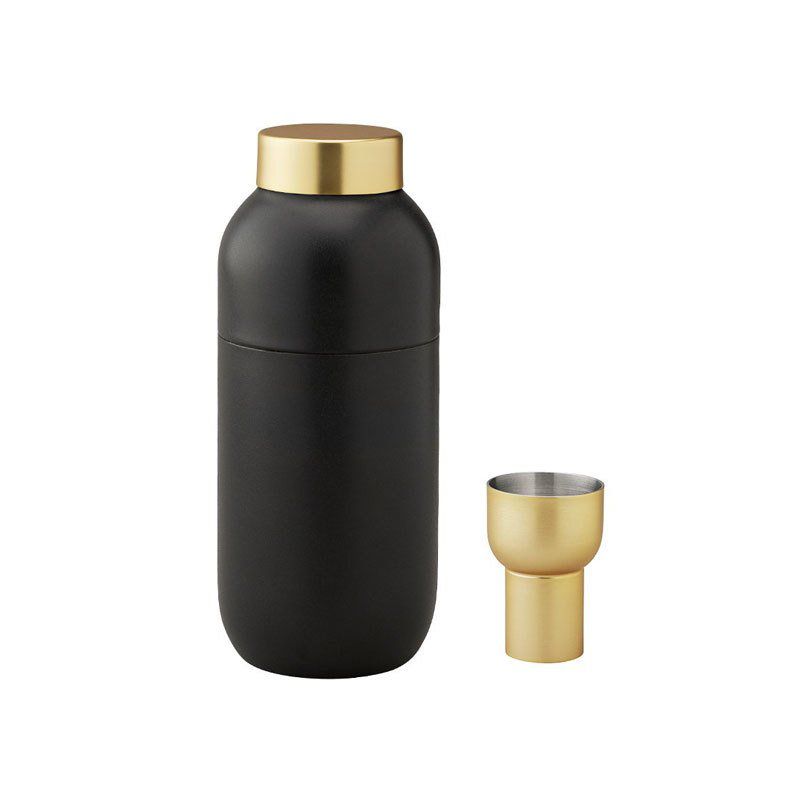 The world of James Bond has a long history with martinis, ensured by their inclusion in the original Ian Fleming novels. In the first 007 film Hollywood ever saw, 1962’s Dr. No, it is actually the titular villain who orders the drink—gin, dry vermouth, lemon twist or olive—to be “shaken, not stirred,” but Sean Connery would soon adopt the famous words himself in 1964, thus beginning a long-standing tradition for future Bonds (including Roger Moore). 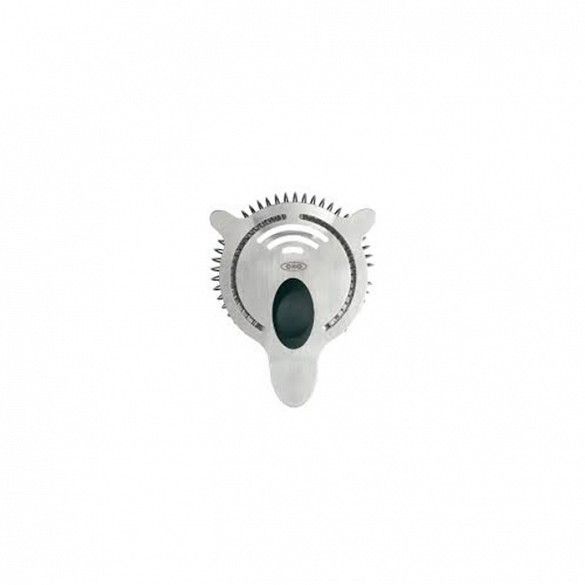 The Scotch Mist got its Hollywood start in a shadowy noir film starring an always-captivating Lauren Bacall, opposite Humphrey Bogart. In one bar scene, Vivian (Bacall) pulls Philip Marlowe (Bogart) deeper into her web of intrigue. She orders a Scotch Mist, little more than a Scotch on the rocks with a touch of mystery—a femme fatale’s drink of choice if we ever heard one. 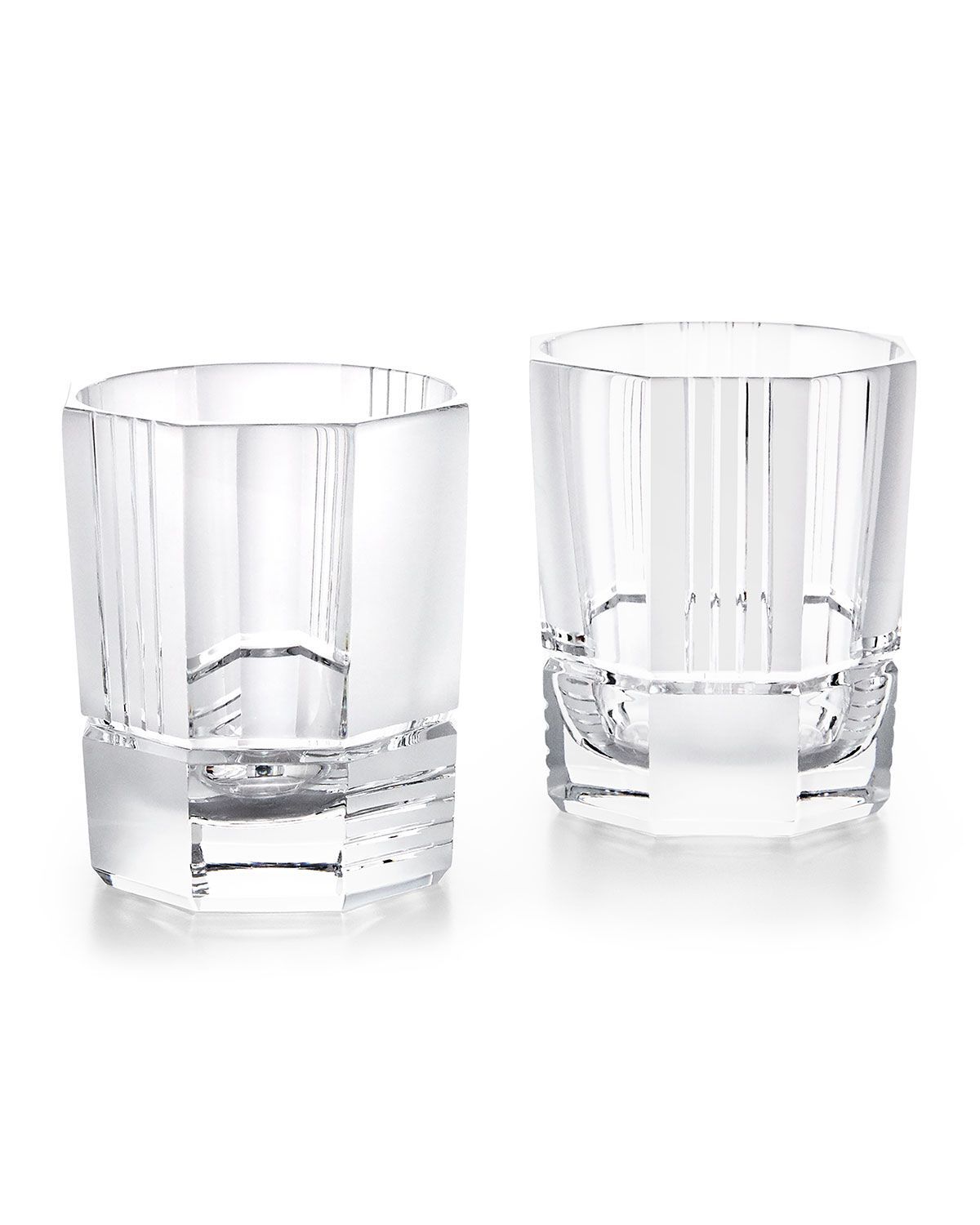 Dating to midcentury Brussels, the White Russian—vodka, milk, coffee liqueur—did not have its iconic status until the Coen brothers’ film, The Big Lebowski (1998), in which the film’s perfectly clueless and supremely chill protagonist, The Dude (Jeff Bridges), sips on one regularly. The film contains many references to the drink: We even first meet The Dude while shopping for drink ingredients in the supermarket.

How to Make a White Russian