Is there anything better than taking a mental vacation with a good movie after a long day? Films can give us access to new emotions, places, and information. But as much as we all enjoy entertainment for entertainment's sake, the media we consume is often fraught with damaging stereotypes. And a less glaring though equally important problem manifests when the credits start rolling: the lack of women and people of color behind the camera. Stacy L. Smith, Ph.D., of the Media, Diversity, & Social Change Initiative at USC Annenberg, researches inequities in the entertainment industry, and in one study surveying the diversity of film directors, just 4% of the 1114 directors evaluated were women.

Out of those "45 directing jobs, only three female directors were Black and three were Asian," the study reads. With age thrown into the equation, it found that "female directors of top‐grossing movies work from their 30s to their 60s" while male directors tend to work "from their 20s to their 80s." This all leads to one simple question: Why? Okay, so maybe the answer to that question isn't as simple, but according to a previous MDSCI study, one contributing factor lies in implicit bias. When researchers asked industry leaders about the qualities of successful filmmakers, they mentioned stereotypically masculine attributes.

As is the case in the more general fight for equality, it's going to require collective action. Industry executives and insiders can expand opportunities for under-represented individuals, philanthropists can finance movies directed by them, educators can spread awareness while providing actionable solutions, and consumers can support their films by buying a ticket. So today, in the spirit of the upcoming Women's Equality Day, we're highlighting nine rising and famous female directors whose amazing films inspire us to sit in our own metaphorical director's chair. Learn more about their careers below, and curate a watch-list of strong women in movies spotlighted throughout.

With her film Selma, Ava DuVernay became the first black female director to be nominated for Academy Award for Best Picture. Her documentary on Netflix, 13th, effectively demonstrates that mass incarceration and the general criminal justice system are racialized, acting as manifestations of slavery's legacy. It was nominated for Best Documentary Feature at this year's Oscars, making her the first black woman to be nominated in that category. She's also directed a few episodes of Scandal and a short for Miu Miu's Women's Series.

Words of Wisdom: "As a black woman filmmaker, I feel that's my job: visibility. And my preference within that job is black subjectivity, meaning I'm interested in the lives of black folk as the subject. Not the predicate, not the tangent. [These stories] deserve to be told, not as sociology, not as spectacle, not as a singular event that happens every so often, but regularly and purposefully as truth and as art on an ongoing basis," Duvernay said at the Black Women in Hollywood Luncheon.

Women can direct dinosaurs. Believe me.

Born in Scotland, this writer-director is known for her impressionistic films. She was initially supposed to direct The Lovely Bones but lost the job to Peter Jackson. Her most well-known film is We Need to Talk About Kevin, which she wrote, produced, and directed. It starred Tilda Swinton and Ezra Miller and earned critical acclaim at the Cannes Film Festival in addition to winning a BAFTA for Best Director. Her newest movie, You Were Never Really Here starring Joaquin Phoenix, won great critical acclaim at the most recent Cannes Film Festival.

Words of Wisdom: "The film industry is completely sexist and completely class-biased. It's not something I get on the ground level, it's more from financiers and producers and distributors. It's a way of dealing with you that is essentially patronizing: I know better than you. I've shut up about it for years and I feel bad about saying it, but I know it's there and it's all-pervasive," Ramsay told The Guardian.

Loveleen Tandan is a casting director who also co-directed Slumdog Millionaire with Danny Boyle, though she often doesn't get credited. The film won eight Academy Awards, including Best Director. Though she has only directed one film, she sees casting direction as a stepping stone in her career, where her ultimate goal is to direct.

Words of Wisdom: "I suggested to Danny and Simon Beaufoy, the writer of Slumdog, that it was important to do some of it in Hindi to bring the film alive (one-third of the film is in Hindi). They asked me to pen the Hindi dialogues which I, of course, instantly agreed to do," Tandan told the Hindustan Times.

If you attempt something new, it's always a risk.

Sofia Coppola's feature-length debut, The Virgin Suicides, immediately established her as a talented, innovative director. She continues to direct successful and thought-provoking films like Lost in Translation, Marie Antoinette, Somewhere, and most recently The Beguiled, for which she became the first American woman to win the award for best director at Cannes Film Festival. Her first piece, Lick the Star, was a short that foreshadowed her work to come. Perfect soundtracks, delicate and glowing pastel aesthetics, slow-motion jump cuts, and mesmerizing female characters are just a few of her signatures.

Words of Wisdom: "I set out to challenge myself with each movie, and having to do a period film was a huge challenge. How to do it in a fresh way, and from the point of view of a strange girl in a strange world. If you attempt something new, it's always a risk," Coppola told The Guardian about Marie Antonette.

Dee Rees is the screenwriter and film director of the semi-autobiographical film Pariah, gaining her a spot on The New York Times' "20 Directors to Watch" list. Visually stunning and thematically impact, this coming-out meets coming-of-age film is an honest, moving must-see. One of her mentors is Spike Lee, who was one of the film's producers, and she's also collaborating with Shonda Rhimes on a new project. Her other two feature films are Bessie, starring Queen Latifah, and Mudbound.

Words of Wisdom: "We'd go to pitch meetings and the moment we said 'black, lesbian, coming of age,' they would turn around, validate our parking and hand us a bottle of water," she told Colorlines of the film's pitch process.

If your dream only includes you, it's too small.

Kathryn Bigelow is the producer, director, and writer behind The Hurt Locker and Zero Dark Thirty. Thanks to the former, she is the first and only woman to win the Academy Award for Best Director. She also directed The Weight of Water, Near Dark, Point Break, and Stranger Days. She's known for action movies, thrillers, mysteries, and war films, which are consistently high-grossing genres to work in but are not associated with many female directors.

Words of Wisdom: "I have always firmly believed that every director should be judged solely by their work, and not by their work based on their gender. Hollywood is supposedly a community of forward-thinking and progressive people, yet this horrific situation for women directors persists. Gender discrimination stigmatizes our entire industry. Change is essential. Gender neutral hiring is essential," Bigelow told Time.

Kasi Lemmons is both a film director and an actress. You may know her as the director of Eve's Bayou (starring Samuel L. Jackson and Lynn Whitfield), Caveman's Valentine, and Talk to Me (starring Taraji P. Henson). Next, she's working on a film adaptation of Zadie Smith's novel On Beauty. As an actress, she portrayed Ardelia Mapp, Starling's (Jodie Foster) best friend in The Silence of the Lambs.

Words of Wisdom: "The biggest challenges are always getting into the rooms that you need to get into and having people open to the types of stories that I want to tell. And I feel that just being a female director and doing that is a big deal in this country," she told Indiewire.

Born to Greek immigrant parents who ran a traveling carnival out of New Orleans, Penelope Spheeris won the Most Likely to Succeed superlative in high school, foreshadowing her soon-to-be robust career as a filmmaker. Though she directs mostly documentaries like the punk-rock The Decline of Western Civilization, she's also directed several high-grossing feature films like Wayne's World, The Beverly Hillbillies, and The Little Rascals and also wrote for the television series Roseanne.

Words of Wisdom: "When people say I have an eclectic body of work, yes, it's very, very true, but it's because I took whatever job I could get. When you're a woman in this business, you take what work you can get. It's really difficult," Spheeris told the University of Michigan newspaper.

Nancy Meyers made her directorial debut with 1998's The Parent Trap and then directed Something's Gotta Give, The Holiday, Something's Gotta Give, It's Complicated, and The Intern, to name a few. She got her degree in journalism from American University in Washington, D.C., and The Graduate is what inspired her to work in film as a screenwriter before she started directing. Her screenplays include Private Benjamin, Irreconcilable Differences, and Father of the Bride, and she's partnered with many of our favorite leading ladies like Meryl Streep, Diane Keaton, and Kate Winslet.

Words of Wisdom: "Women in Hollywood want to talk, or, should I say, want to be heard. They don't want to sweep the gender issue under the rug anymore. And there is most certainly a gender issue. I can't point a finger at anyone and say who's responsible, but it's the culture in Hollywood," Meyers told New York Magazine. 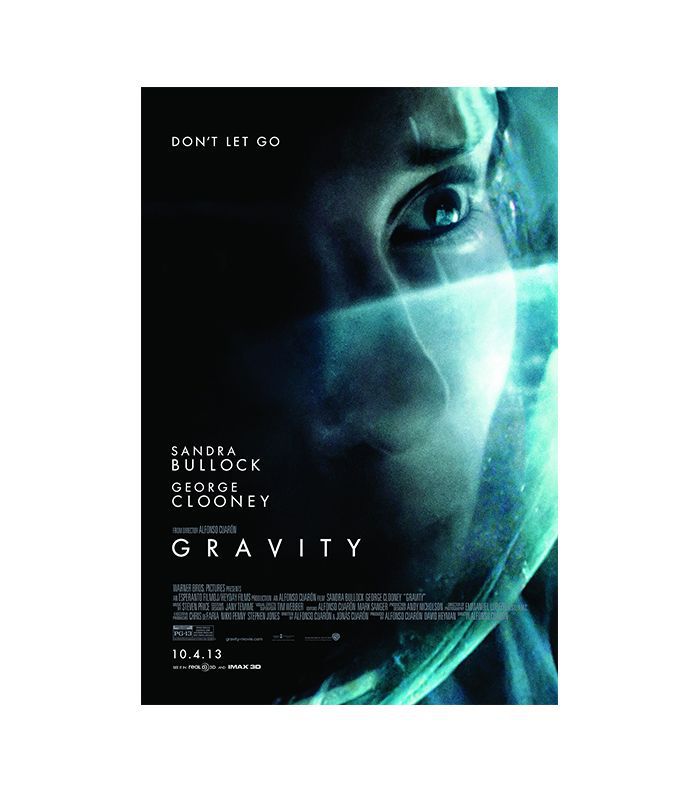 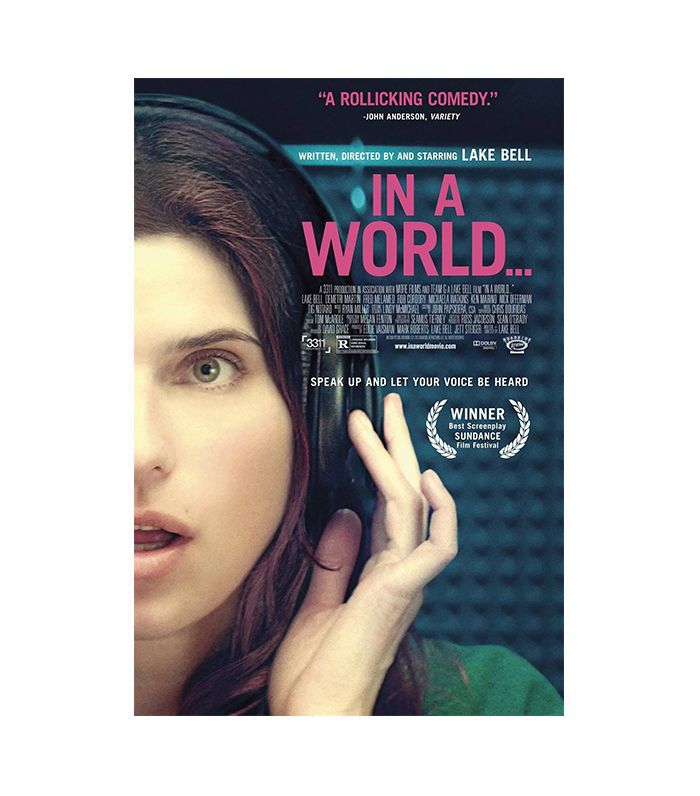 Amazon In a World $4
Shop 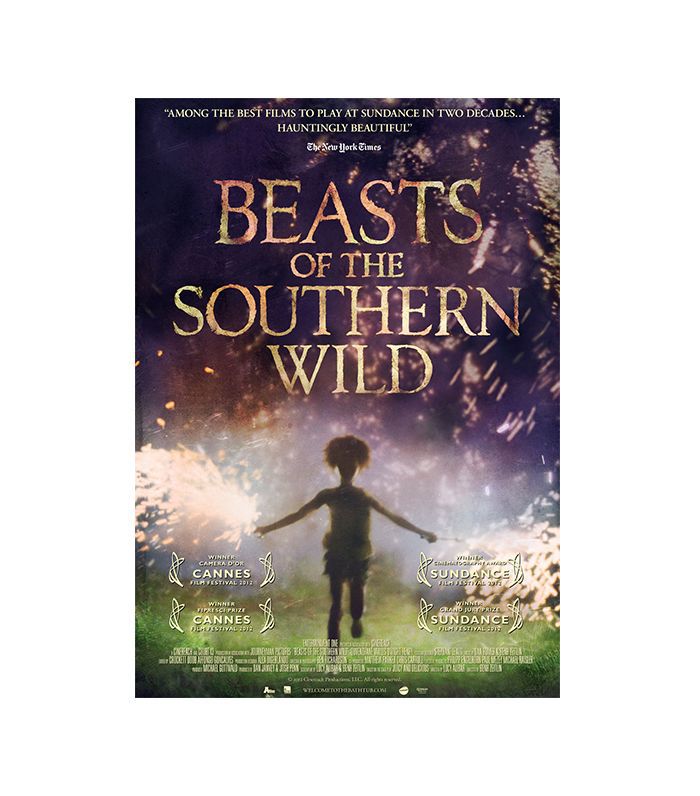 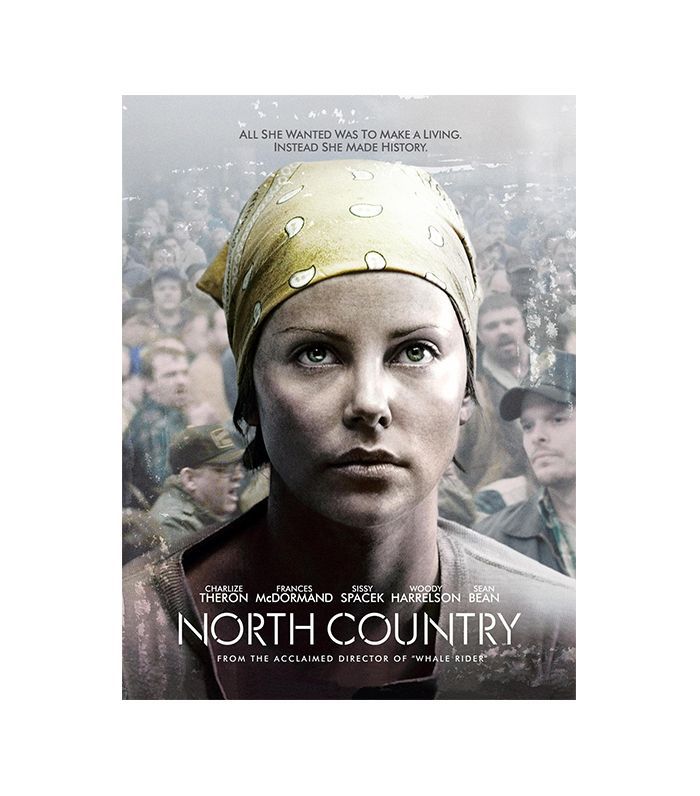 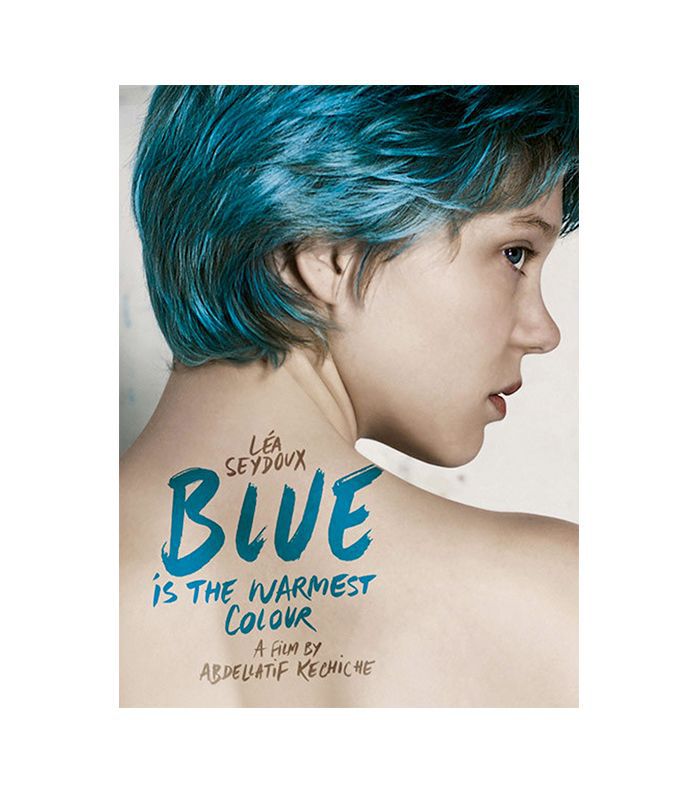 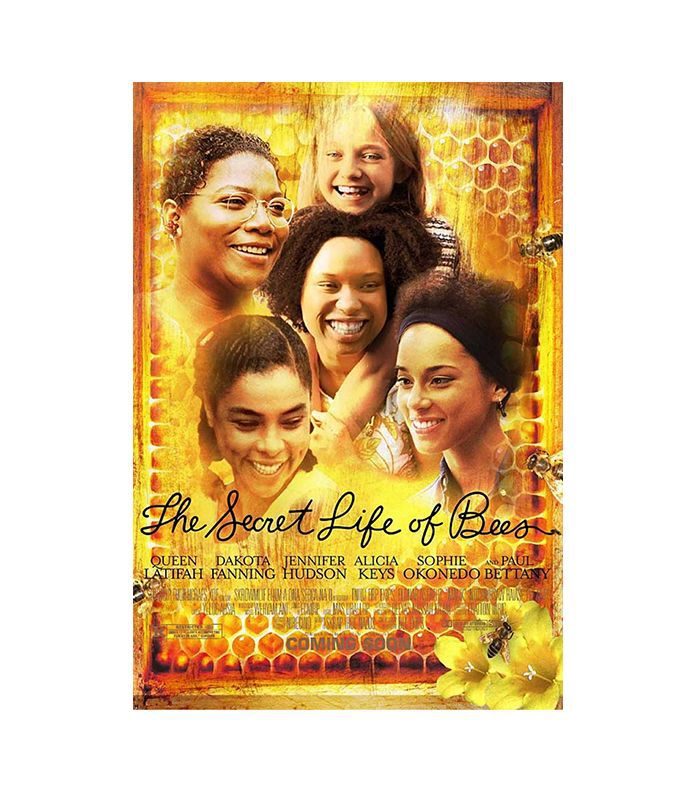 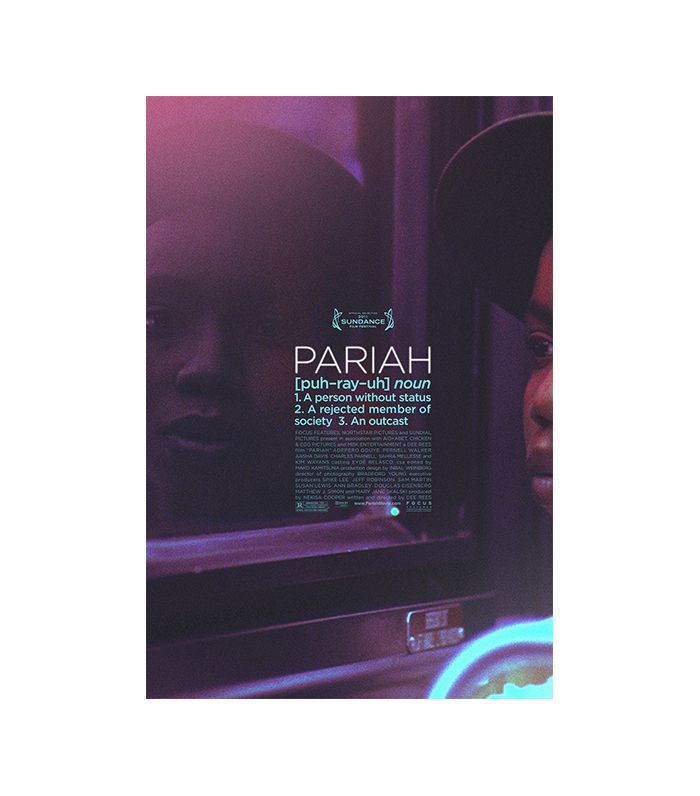 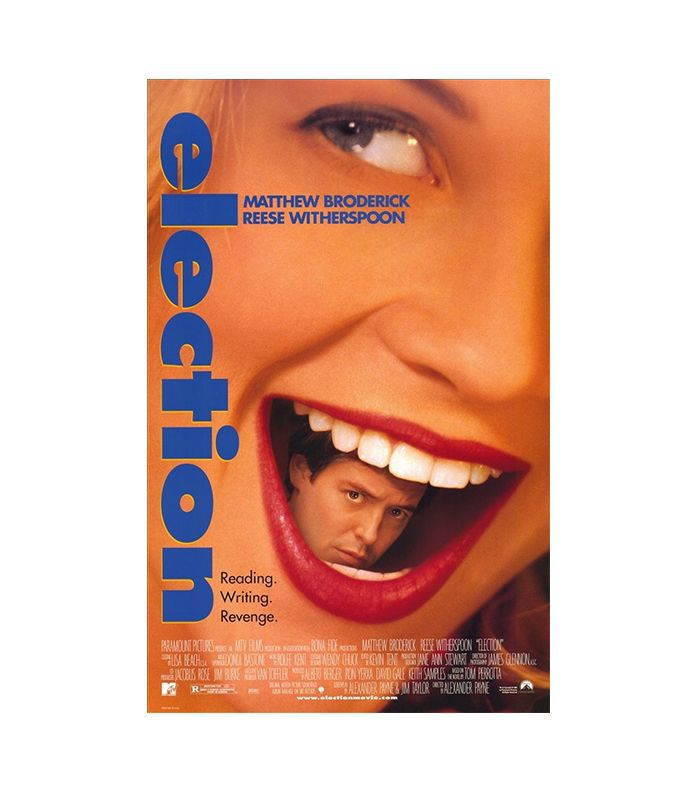 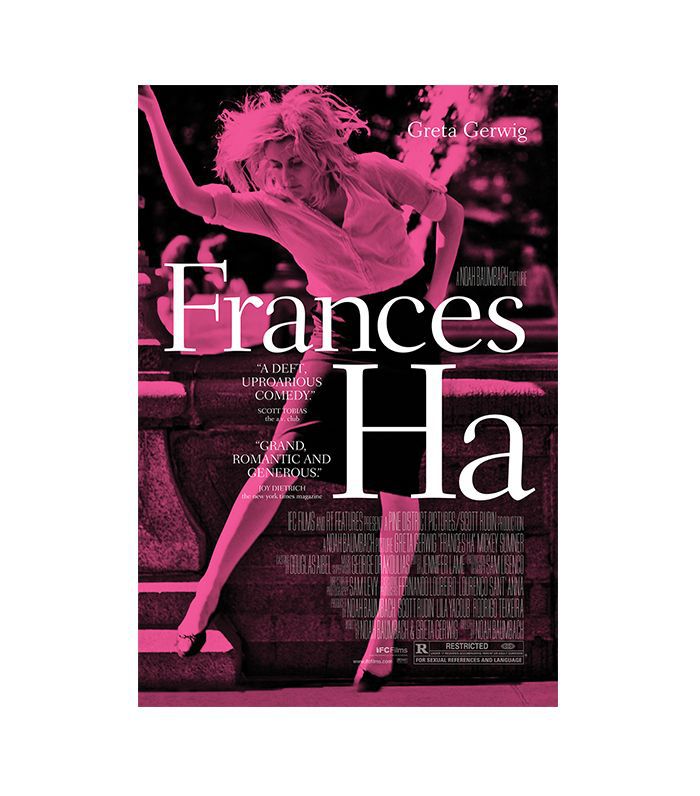 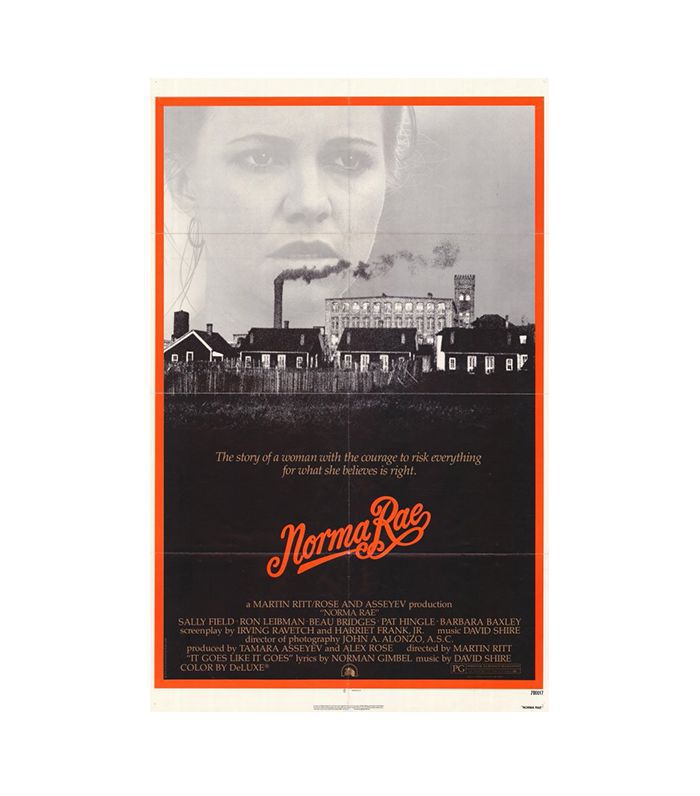 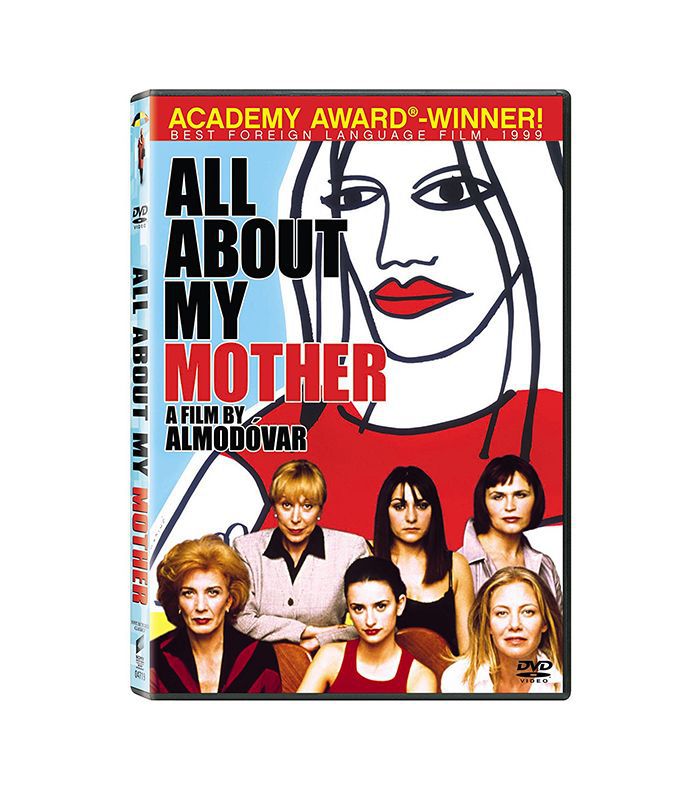 Amazon All About My Mother $4
Shop 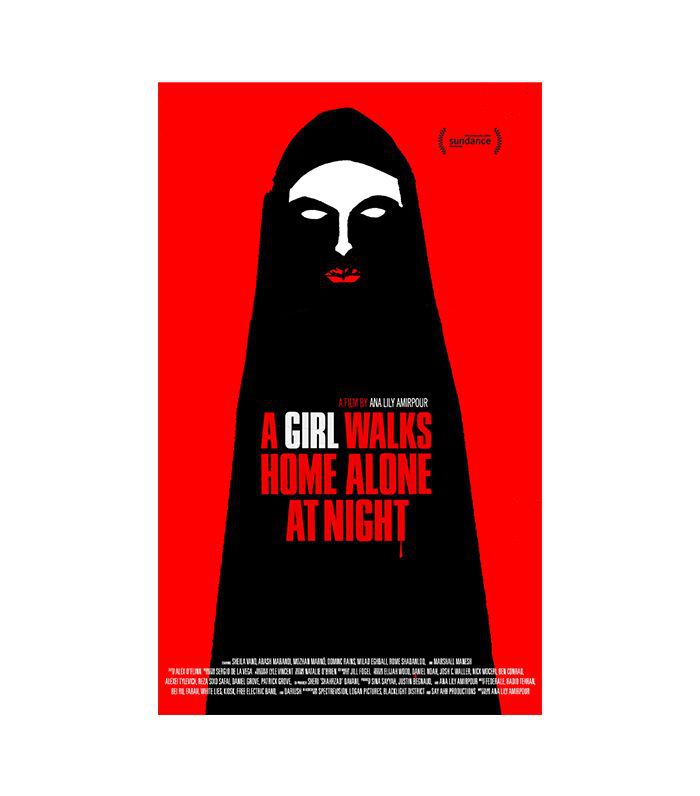