Avoid These 9 Foods at All Costs

We all love to indulge in a guilty food pleasure once in a while. In all honesty, probably more than once in a while. But while some foods—like a flourless chocolate cake—are well worth the splurge, others are not. We’ve put together a list of nine foods to avoid that are scientifically proven to harm your health in unnecessary ways. A few surprised even us. Cutting these toxic offenders out of your dietary routine completely is a smart move. Luckily, they each have simple substitutions that are equally satisfying. With a few easy swaps, you won’t even miss them.

Soda, diet, or otherwise, is a bad idea. According to the Harvard School of Public Health, people who consume sugary drinks regularly (i.e., one to two cans a day or more) have a 26% greater risk of developing type 2 diabetes than people who don’t consume those beverages. Another shocking statistic from Harvard is that a 22-year-long study of 80 women showed that those who drink a can of sugary soda a day have a 75% greater risk of gout than women who rarely drink sugary beverages.

Diet sodas may have a better reputation than regular ones, but they are still far from ideal. In fact, drinking diet soda, which often tastes sweeter than sugar due to its chemical makeup, can raise your sweet tolerance, making it nearly impossible to enjoy the natural sweetness of something like a banana or a peach. Regardless, both diet and regular sodas have been linked to obesity, kidney damage, and certain cancers. If you’re craving something carbonated, go for sparkling mineral water with a squeeze of lemon or lime.

As we’ve mentioned before, fat is very likely the most understood of the macronutrients. Margarine, a lab-created vegetable oil-based butter substitute. It used to be touted as healthier than butter since it lacked the animal fat associated with bad cholesterol. But lots of margarine products contain trans fat—the worst fat of them all.

While wild fish consume their omega-3s from aquatic plants, farmed fish are fed a high-corn diet. This causes farmed fish to accumulate unhealthy levels of fatty acids (which you can see in the thicker fat deposits of a salmon filet, for example).

Additionally, farmed fish are often given antibiotics, which can cause humans who eat farmed fish to develop an antibiotic-resistant disease. Then there are the ethical questions to think about in terms of farm fishing.

According to the Humane Society, farmed fish are subjected to the routine stresses of hyper-confinement and are typically killed in slow, painful ways.

This applies to processed meats in the United States more than anywhere else. In America, deli counter meats like ham, salami, hot dogs, and bacon aren’t just packed with artery-clogging fats. According to the U.S. National Library of Medicine (NLM), they can have up to 400% more sodium and 50% more preservatives than unprocessed red meats.

The Environmental Working Group shares even more terrifying findings. Some deli meats contain nitrites and nitrates to enhance the color and flavor of the meat, and these chemical additives have been linked to various cancers. Alternatively, go for a fresh cut of New York steak, or if you’re craving that salty taste of cured meat, opt for lox.

A 2012 scientific study published by the Johns Hopkins University Center for a Livable Future found that poultry on factory farms are “routinely fed caffeine, active ingredients of Tylenol and Benadryl, banned antibiotics, and even arsenic.” Examination of feather meal, a poultry byproduct made of feathers, from China revealed traces of an antidepressant that is the active ingredient in Prozac. Opt for organic poultry and eggs in order to eliminate your chances of ingesting these hidden and potentially dangerous chemicals.

New York-based dietitian and "Living a Real Life With Real Food" (Amazon $7) author Beth Warren tells Cosmopolitan, “The realist is that American cheese is not ‘cheese’ at all. It’s a factory creation of a cheese-like food made from a blend of milk fats, solids, some whey protein, emulsifiers, and food coloring.”

Does that sound like a healthy mix of natural food to ingest into your body? No, it doesn’t. We suggest cutting the orange block of mystery substance out of your diet and opting for a healthier cheese option, like pecorino romano, ricotta, or aged cheddar. Unlike American cheese, aged cheddar offers a more natural combination of ingredients and, according to Jim White, RD, spokesperson for the Academy of Nutrition and Dietetics, it contains relatively low levels of lactose.

Melissa Rifkin, a registered dietitian at Montefiore Medical Center in New York, warns against microwave popcorn. “It’s not healthy eating out of a bag anymore,” Rifkin says. According to research published in NLM in 2020, microwave popcorn bags are often lined with a chemical called perfluorooctane sulfonic acid (PFOS), which has been shown to affect fertility, cancer risk, and kidney function in animal and some human studies. To be safe, make your own popcorn using a popcorn machine or just a pot at home.

According to Starbucks, a Grande Mocha Cookie Crumble Frappuccino made with whole milk has 23 grams of fat and 470 calories (including the mocha-drizzled whipping cream). In comparison, according to Livestrong, a large fast-food burger with all of the condiments tallies in at 438 calories. So why waste a quarter of your suggested daily calories on a sugary drink that offers no nutritional value? We say either pick a “splurge” item with at least some nutritional benefit, like a burger, or forgo your Starbucks Frap in favor of an iced coffee with almond milk.

White bread is made from refined grains, meaning that it is made of a substance that has been stripped of most of its nutritional value (i.e., the elements that contain fiber, vitamins, and minerals). White bread is also low in zinc, vitamin E, and magnesium. While lacking tremendously in nutritional value, white bread also has a high glycemic index, meaning it has a very quick and punishing effect on our blood sugar and insulin levels. According to Livestrong, a diet rich in white bread and other foods with a high glycemic index cause weight gain, type 2 diabetes, and heart disease.

Opt for whole-grain alternatives. Harvard School of Public Health states that whole grains contain bran and fiber, “which slow the breakdown of starch into glucose—thus maintaining a steady blood sugar rather than causing sharp spikes.”

Kick-start your healthy eating habits with these cookbooks: 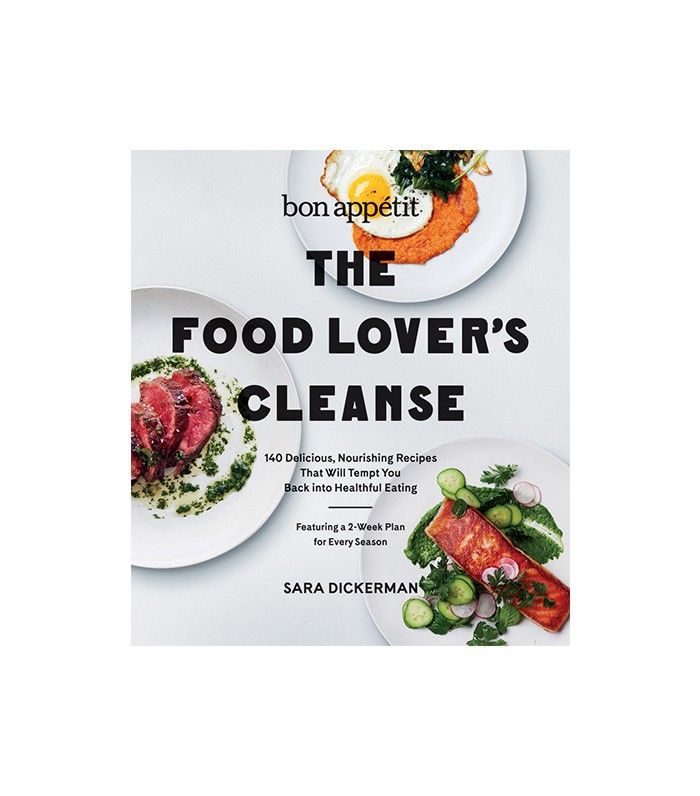 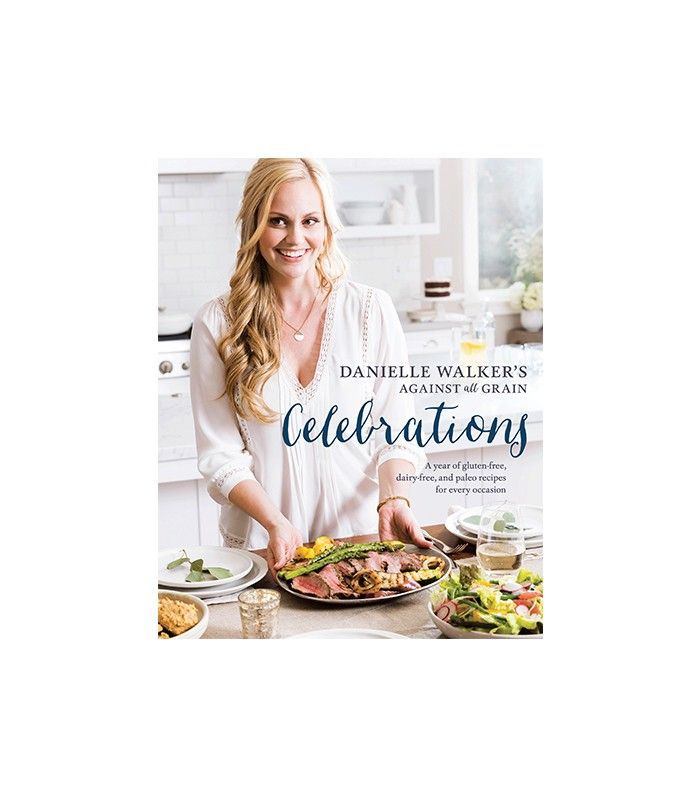 Our favorite gluten-free chef and blogger, Danielle Walker, has a new book out that highlights her masterful take on entertaining. If you have kids with food allergies, this is a must-read. 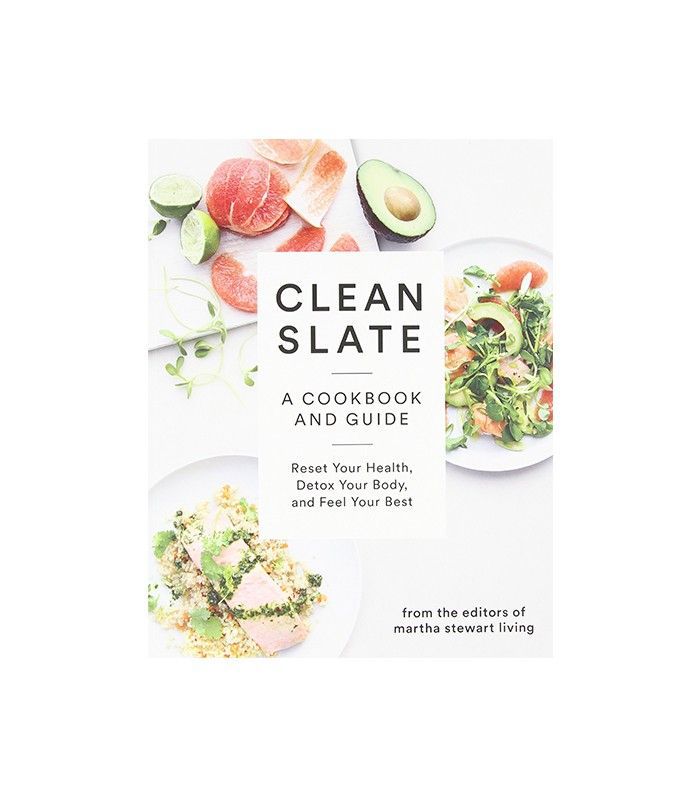 The best-selling recipe book from the editors of Martha Stewart Living offers menus for a simple three-day cleanse and a 21-day whole-body detox in addition to basic nutrition tips. All the dishes are wildly appetizing, making eating clean a real treat. 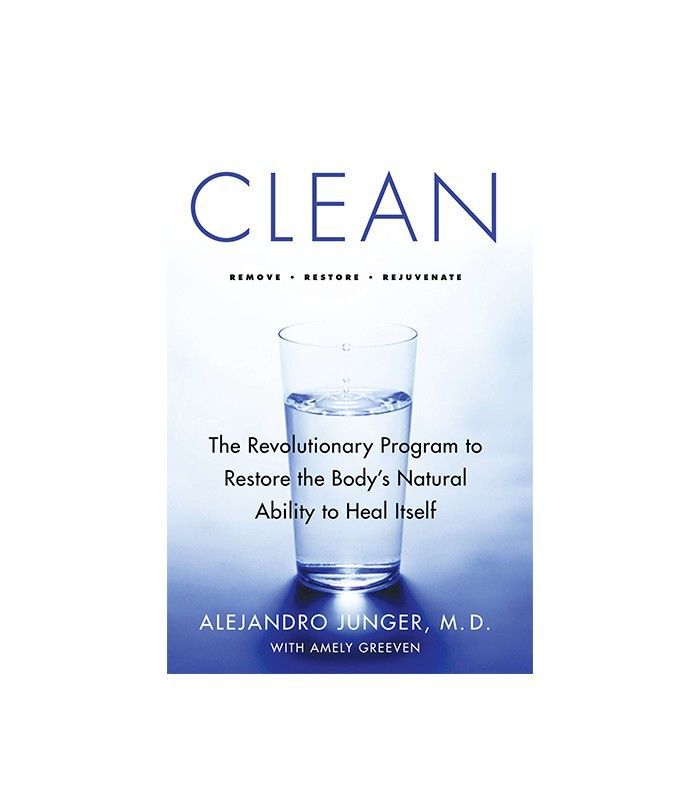 Famously backed by the likes of Gwyneth Paltrow, Alejandro Junger’s restorative book is a crash course in all things detoxifying. Get ready to age in reverse.