One look inside the fresh, contemporary home of Garance Doré, the French photographer, writer, and Chief Creative Officer of Atelier Doré, and you'll want to know everything about the creative force. Doré recently opened her home up to Domino for the magazine's spring issue which hits stands March 1 and it's truly a dream.

The chic house is tucked away in the Los Angeles neighborhood of Mar Vista, located on the Westside of the city where the ocean salt is close enough to smell in the air in the morning. Although Doré hails from the French region of Corsica and previously found herself living in New York, she was ready to settle down in sunny Southern California this time.

"I felt like L.A., as a city, was a woman, and she was holding me in her arms, like that Red Hot Chili Peppers song," the multihyphenate tells Domino. According to her, it was the month she spent at the Standard Hotel in the iconic city writing her book, that sealed the deal on her next move. "I woke up every morning and could see the whole city. I'd open up the windows and write for a few hours. I was so happy. It's engraved in my brain," she recalls.

Every room in the modern house is equally stunning and expertly curated—even the bathroom. Doré worked with interior designer Sarah Sherman Samuel to create a home that included her input and ideas. "Sarah was so open to ideas," Doré explains. If the home is any indication, this pair of creatives seem to have made an excellent team.

This space includes a large round mirror flanked by minimal, round sconces. The terracotta-toned rug complements the custom cabinetry topped with a layer of real marble. Of course, the counter also features the effortlessly chic plant that designers can't get enough of, pampas grass. 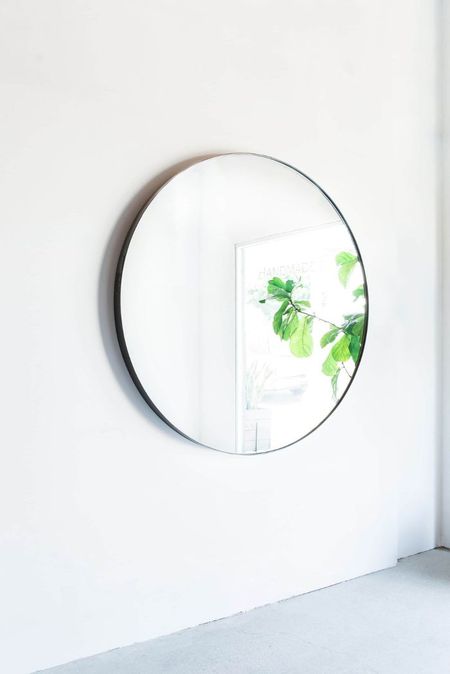 The kitchen is where most of the major renovations took place, which included the removal of a wall that separated the kitchen from the living room. Now, the two flow together in an open floorplan layout.

One of Doré's biggest concerns with the modern home was figuring out how to infuse it with charm. "The question is how do you add character? How do you soften edges?" she ponders. It seems as though Doré and Samuel were able to jump this hurdle, adding vintage details and handmade ceramics for warmth.

Along with a textured basket light and woven chairs, the dining room, in particular, is enhanced by a group of ceramic vases that sit on the table as well as fresh greenery throughout the space. Natural light also streams in through the large windows and doors, for bright and lively energy. 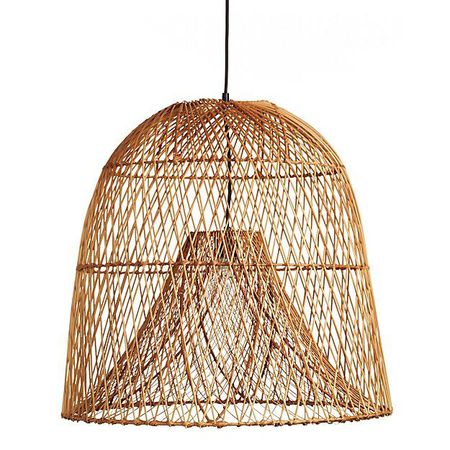 Because Doré's favorite part of the day is her morning breakfast, this little nook was of the utmost importance to the creative. The built-in banquette bench is upholstered in custom striped fabric and raw natural leather. The peach-pink hue of the bench back loos stunning next to the equally neutral round table and hardwood floors.

The space also features a hidden Samsung television that doubles as a work of art when not in use. It's just the spot to settle in with a cup of coffee or tea in the morning before the busy day ahead begins. 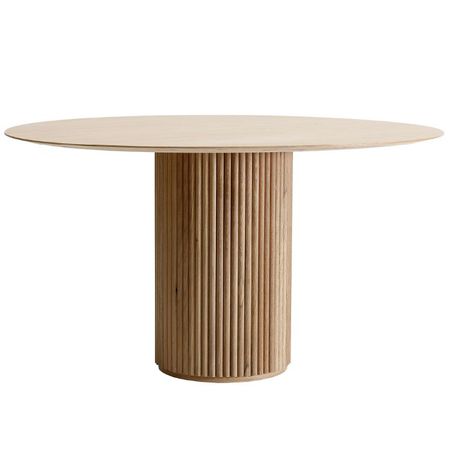