Inside a Beautiful Gender-Neutral Nursery That's Subtle and Sophisticated

When Sara Sugarman Brenner set out to create a nursery for her second child, she and her designer Ginny Macdonald had visions of a sophisticated, yet traditional, space that captures both European- and Californian-inspired designs. As the founder and CEO of home décor brand Lulu & Georgia, Brenner knew what she was doing and set out to create a space fitting for her Spanish-style home.

"I envisioned classic pieces and soft, understated hues. I wanted it to lean traditional but still feel updated, inviting, and calm," she tells MyDomaine. With custom blue and indigo wallpaper, whimsical decorative pieces, and soft, neutral furnishings, the gender-neutral nursery ticks off all of Brenner and Macdonald's requirements. The blue color scheme might be rather traditional for a boy's room, but the subtle pattern and neutral furnishings make the space fit for any newborn. Filled with natural light and warm details, it's the perfect space for Brenner's son, Max, to spend his early years. Take a tour of the elevated children's room below.

While Brenner doesn't subscribe to any one style when it comes to home décor, she allowed her home's Spanish design to lead her decisions when it came to her son's room. "I really wanted to have it feel old world combined with California modern," she explains. For her design partner Macdonald, it was about finding that happy middle ground between a space that's not childish, but still a bit whimsical. 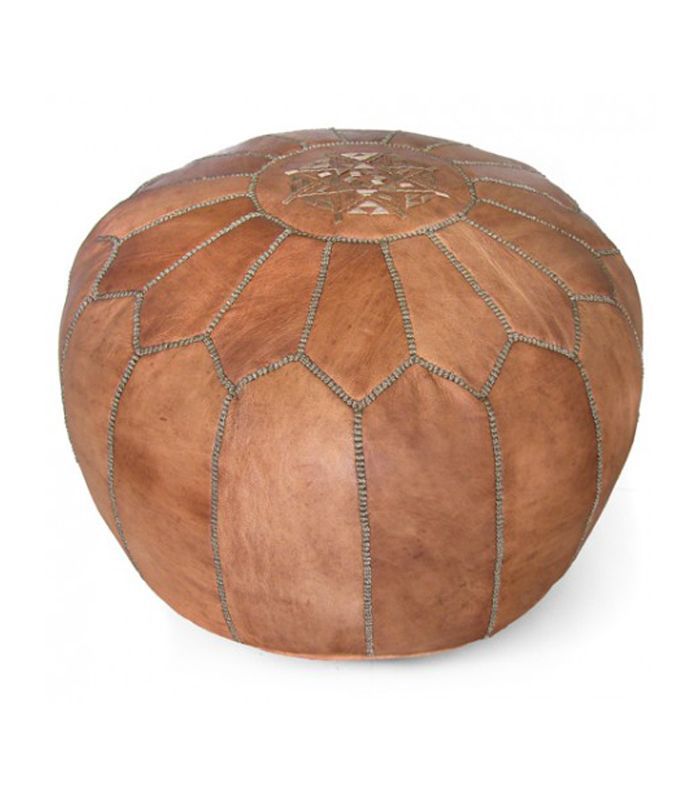 Both Brenner and Macdonald credit the wallpaper design as the starting point for the rest of the space. "The inspiration started with the wallpaper," according to Macdonald. "The tones within the wallpaper lend themselves to a younger environment without feeling too child-like so that it wouldn't feel out of place in a more adult space," she continues.

Brenner couldn't be happier with the final wallpaper look. "It's serene, yet has a lot of dimensions," she says. "It works so well in Max's nursery, but I can see it in dining rooms, bedrooms, or bathrooms too."

A rattan side table adds to the European-meets-southern California vibe the design pair were striving for. It's one of the many smaller details that make the nursery feel warm and inviting while remaining stylish and on-trend.

Along with personal photos, delicate plants, and sweet stuffed animals, the space is full of meaningful pieces. Perhaps the most special is the soft mobile that once hung in the nursery of Brenner's daughter, Vivian. "It's something that Vivian could pass along to her little brother," the CEO shares. It's a piece that Macdonald designed with interior design expert Emily Henderson five years ago, and it's certainly staying in the family.

As for the more modern elements, Brenner and Macdonald have included a small sheepskin rug layered with a beige, handwoven striped rug and a gold flush mount ceiling light. These pieces work to give the nursery a sophisticated design that will last more than a few years.

"I'm not a parent myself, but I would say that you don't need to create a space that is themed with characters or that feels too young," Macdonald advises. She suggests thinking of the room as an extension of the rest of the house and as something a child can grow into over time. 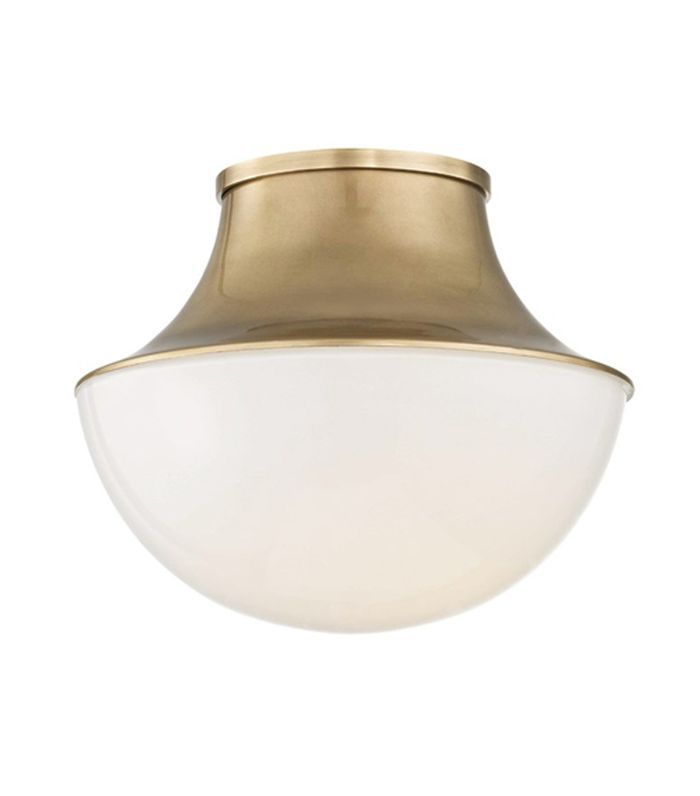 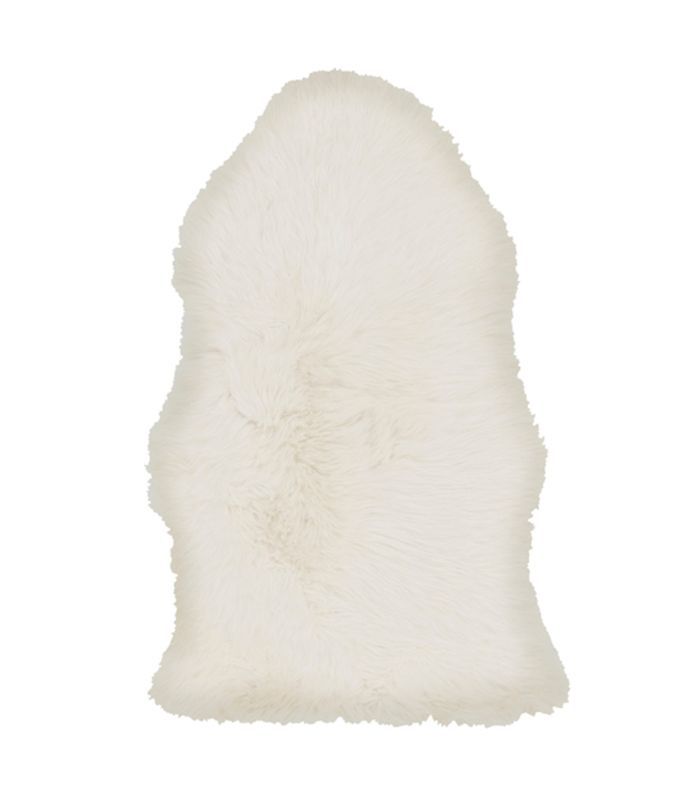 Among the duo's greatest finds was the Lalanne-inspired sheep. "I absolutely adore the sheep," Brenner admits. "It's made from New Zealand wool, which is what many of our rugs are weaved from, and I thought it was a way of paying homage to my family's many years in the rug business." Other cozy details include blue and white throw pillows with colorful pom-poms and a soft blue blanket to match.

Finally, the biggest challenge for Brenner in this nursery design was finding a dresser that could double as a changing table or toy storage. "Instead of using a standard changing table, we opted for a more traditional style wood dresser," Macdonald explains. "This added another level of sophistication to the room and something that wouldn't need to be swapped out as the baby gets older."

She and Brenner agree that the key to designing a beautiful nursery is to let go of the idea that it needs to be "overly kid-inspired," as Brenner puts it. "It can be sophisticated, yet still dreamy and whimsical," she concludes. 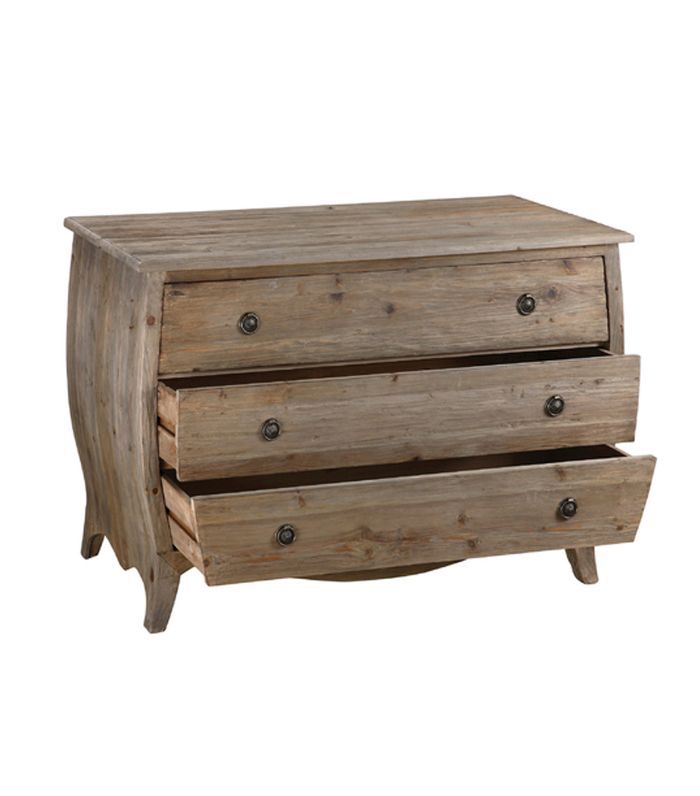